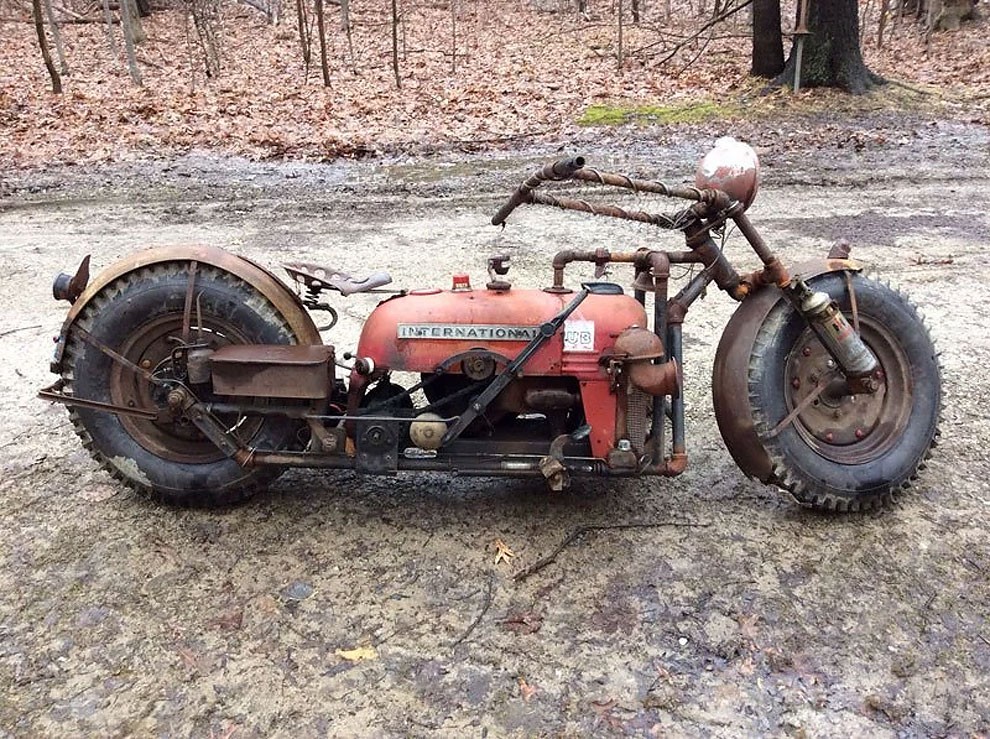 Collectors Weekly member Rustfarm is an Ohio based mechanic that restores old motorcycles for a living. END_OF_DOCUMENT_TOKEN_TO_BE_REPLACED 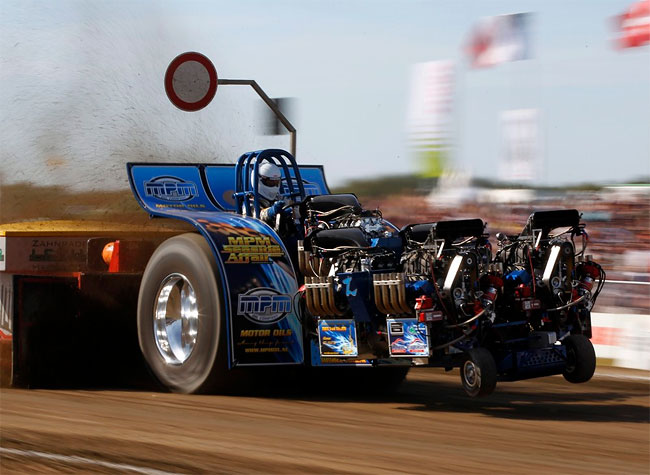 A driver competes in his tractor during the Tractor Pulling Euro Championships in the western German town of Fuechtorf September 9, 2012. Eighty teams from across Europe participated in the two-day competition where high-powered tractor prototypes must pull a trailer down a 100-metre (328 ft) track as far as possible. Photos by Ina Fassbender/Reuters. END_OF_DOCUMENT_TOKEN_TO_BE_REPLACED 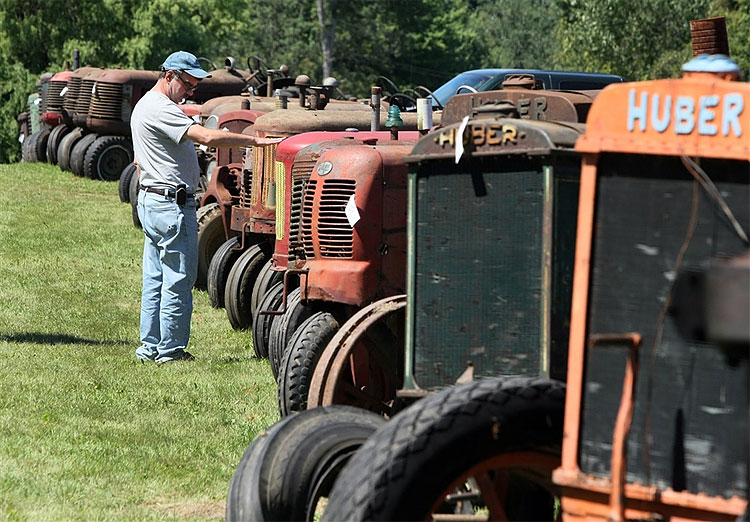 Steve Mead, of Kent City, Mich., looks at tractors that belonged to the late Sherwood “Red” Casterline in Ensley, Mich. Arlene Culver beamed as she surveyed the farmyard lined with 72 antique tractors, old engines and other rusted farm equipment collected by her late father, Sherwood “Red” Casterline. On Saturday, hundreds of antique farm equipment buffs from as far away as Texas will gather for an auction to sell off the rare tractors and engines Culver’s father dragged home one by one over 50 years of collecting. (Cory Morse / AP) END_OF_DOCUMENT_TOKEN_TO_BE_REPLACED