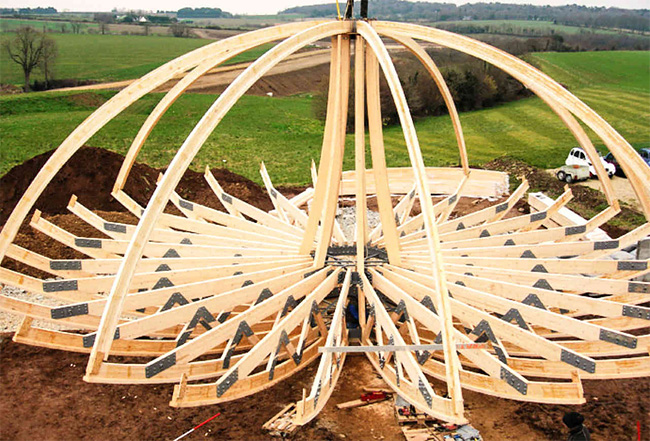 Patric Marsili design this innovate and sustainable dome with modern and contemporary touching using wooden materials which called as the Solaleya Dome Home in 1988. END_OF_DOCUMENT_TOKEN_TO_BE_REPLACED 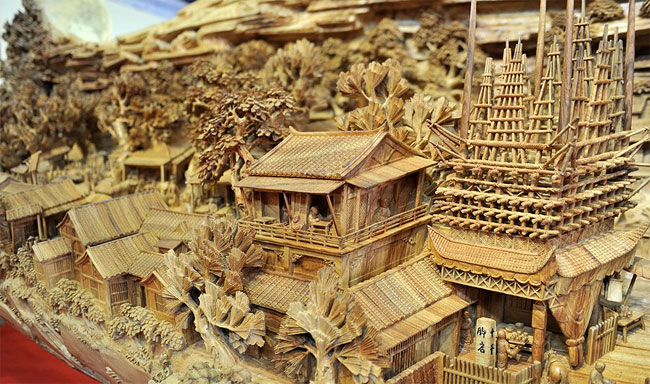 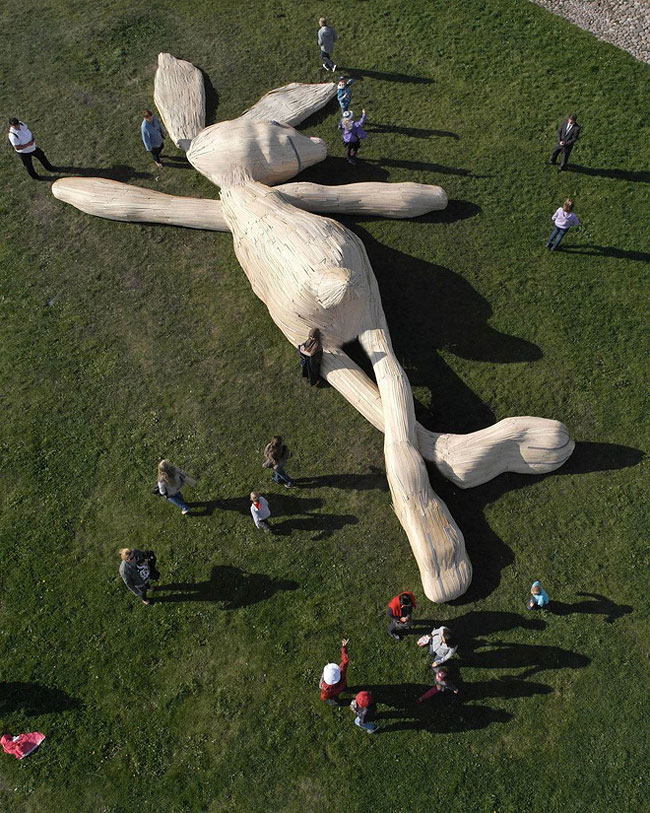 People examine the wooden sculpture of giant hare by artist Florentijn Hofman displayed near the St.Peter and St.Paul Fortress in St.Petersburg, Russia, Sunday, September 15, 2013. The public art installation “Sunbathing Hare”, part of the cultural program of Russia – The Netherlands Bilateral Year 2013. Florentijn Hofman is a Dutch conceptual artist. He is known for playful urban installations such as the Rubber Yellow Duck sculpture.

15-meters long by 8-meters wide and standing at 2.5-meters high, the huge sculpture has been covered with plywood strips. The work is part of the cultural program of Russia – The Netherlands Bilateral Year 2013, on display until 13 October 2013. (Photo by Dmitry Lovetsky/AP Photo) END_OF_DOCUMENT_TOKEN_TO_BE_REPLACED

Man Builds Wooden Model of a Cylon in his Flat 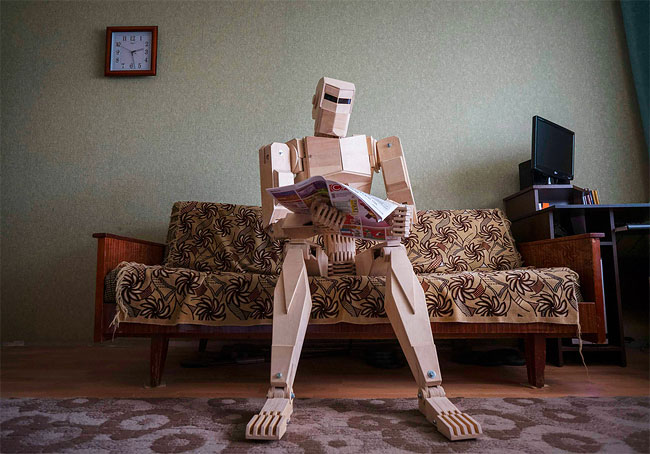 Wooden model Cylon is posed holding a newspaper in the flat of its maker, Ukrainian Dmitry Balandin, in Zaporizhzhya August 6, 2013. It took Balandin, who works as a crane operator, six months to build the model from 500 parts. Balandin says he does not use blueprints and designs the parts as he works on them.

He says he would love to build metal models but that is impossible to do so in his small apartment. He plays with Cylon as a child would play with a doll or Lego toy, and is now making a girlfriend for his model. He hopes to eventually build an entire model family and have them displayed at exhibitions and galleries. (Photo by Gleb Garanich/Reuters) END_OF_DOCUMENT_TOKEN_TO_BE_REPLACED 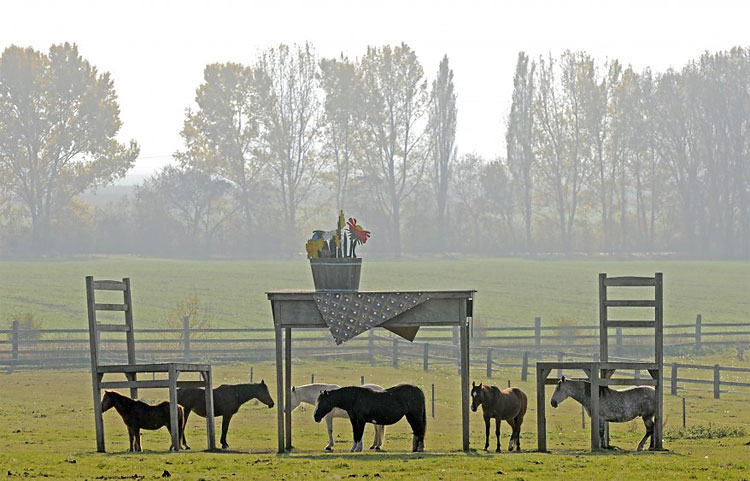 Horses stand in the shadows of a gigantic wooden table and two chairs during nice autumnal weather at a meadow near Doellstaedt, central Germany. (AP)

Egg-shaped Sculpture Made of Wooden Chopsticks 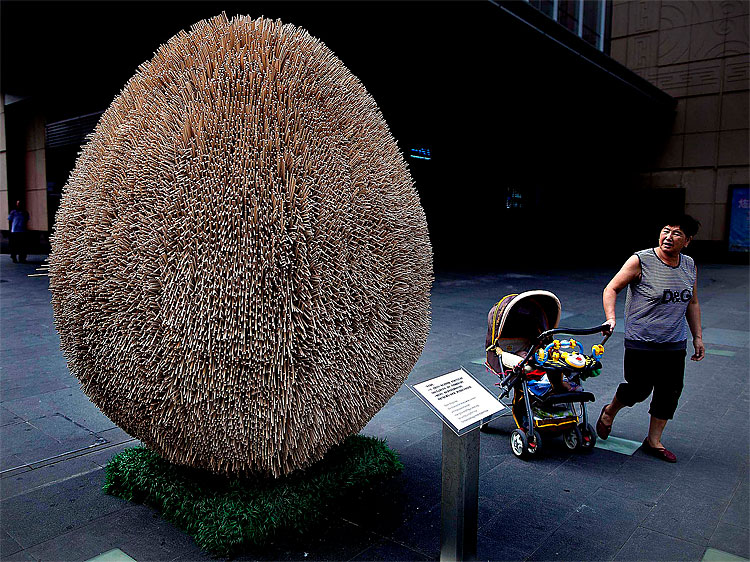 A woman looks at an egg-shaped sculpture made of disposable wooden chopsticks on display outside a shopping mall in Beijing. The artist’s intention is to make people aware that the world is fragile like an egg, and to encourage them stop using disposable chopsticks. (Andy Wong/Associated Press) 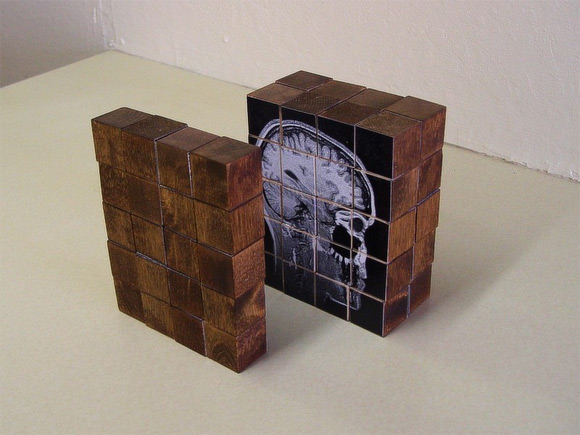 Neil Fraser: “Another method to visualize a complex 3D object is to build a model. The dimensions of the MRI data cuboid are almost exactly 3x4x5. Accordingly, I obtained 60 one-inch cubes (it’s the USA, forgive the Imperial measurements), arranged them appropriately, varnished the 94 outside faces, printed nine carefully selected cross-sections and their mirror images, sliced the prints into 266 squares and glued them to the correct internal faces.”