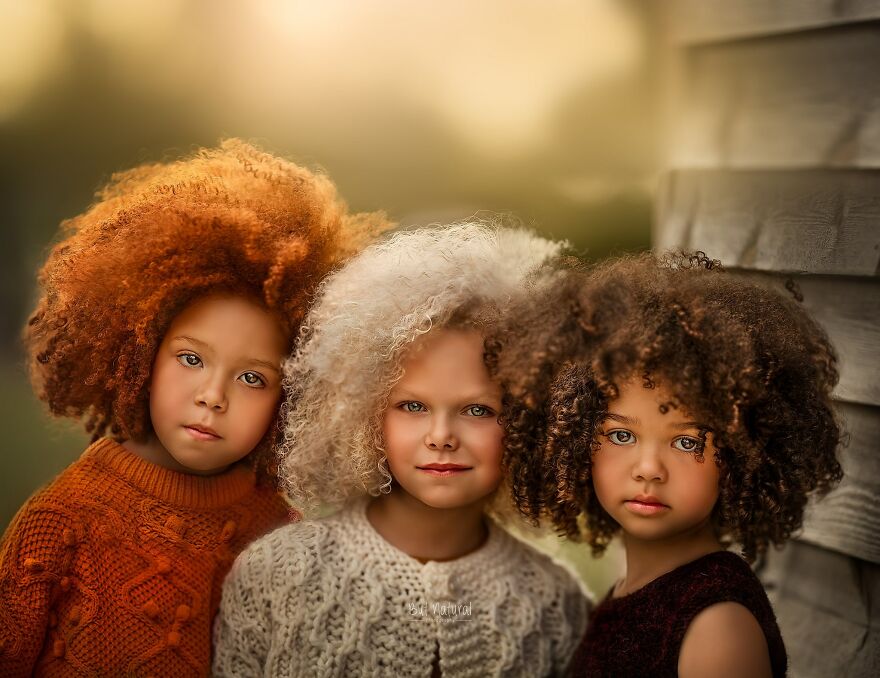 According to Sujata Setia: “I would not make little children wear wigs for the sake of photography,” was the very first comment I received when I started posting images of these beautiful children on my social media handles. And every time I deleted one such comment, another one cropped up.

But the truth is that I started this photo series because I wanted to bring to light the fact that “biases based on hair texture” is not just a concept… it is a real thing and that little child have to face it at many junctures in their life.” 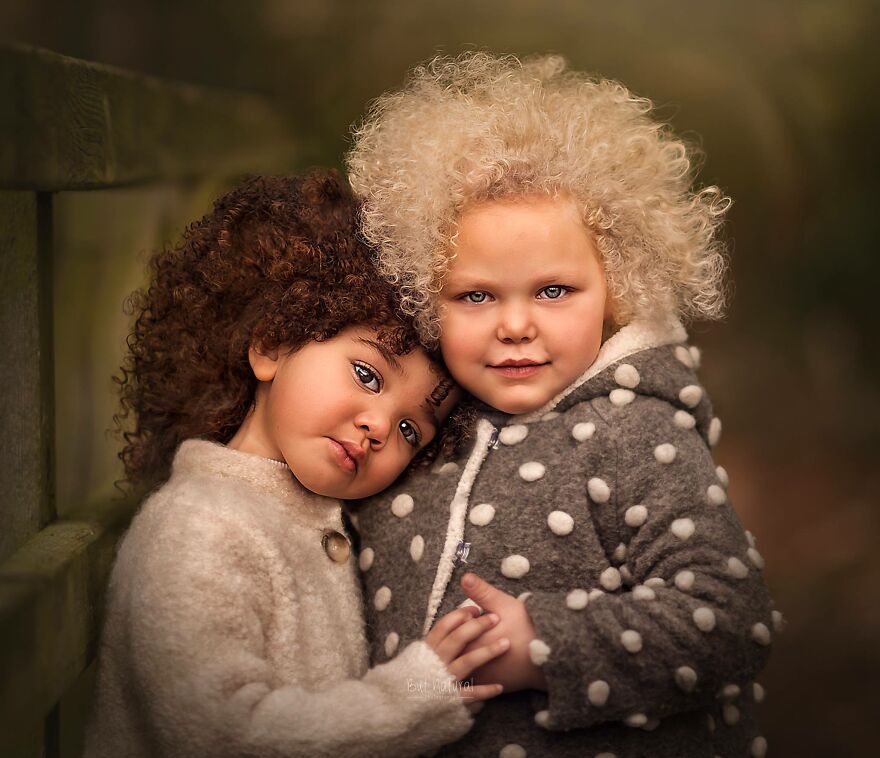 “People always want to touch her hair! Friends call it fluffy. It makes her so upset and she wonders sometimes why her hair is not like all others,” said Mimi’s mother to me when I went to photograph her with her little brother in Dubai.” 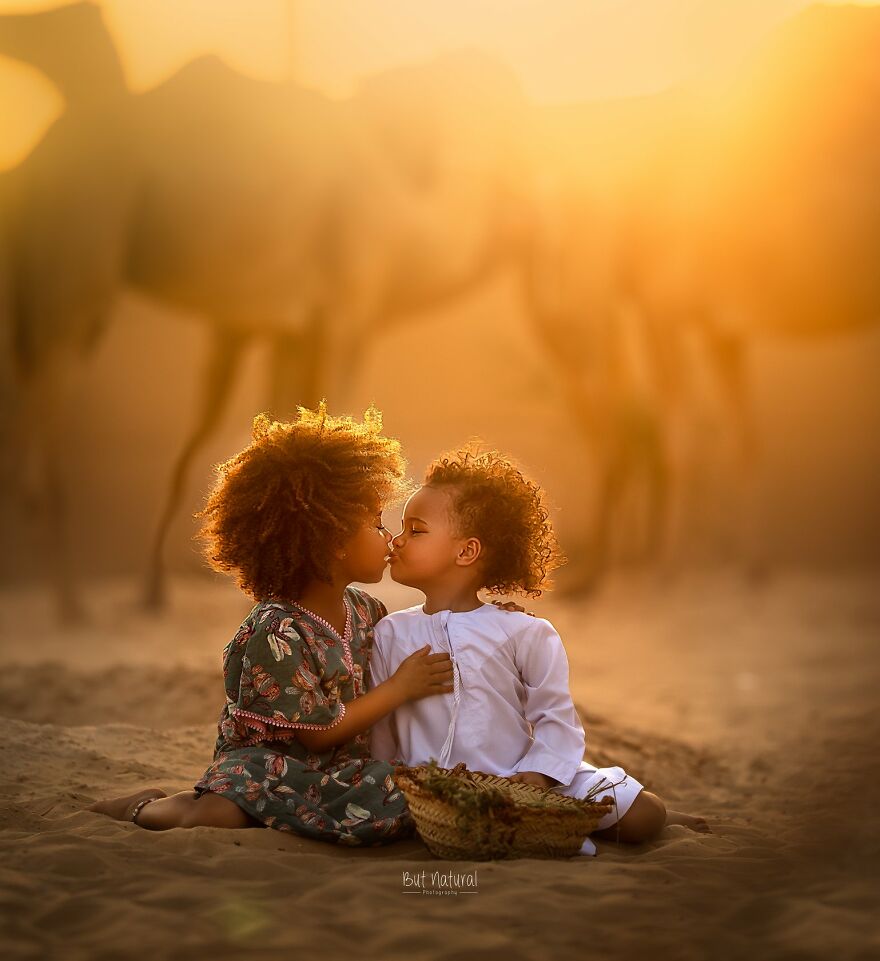 “Once I sent these images to the families of these children, one of the mothers wrote back to me saying “I can’t stop looking at the photos. It’s made a massive impact on Ava. She really gets down about her hair and she even wanted to cut it, but after this photoshoot you did with her, I showed her the photos and said to her, look how beautiful you are and she had the biggest smile on her face. She has now found confidence, which she was missing for so long. Even seeing the other girls with hair like hers helped so much.” 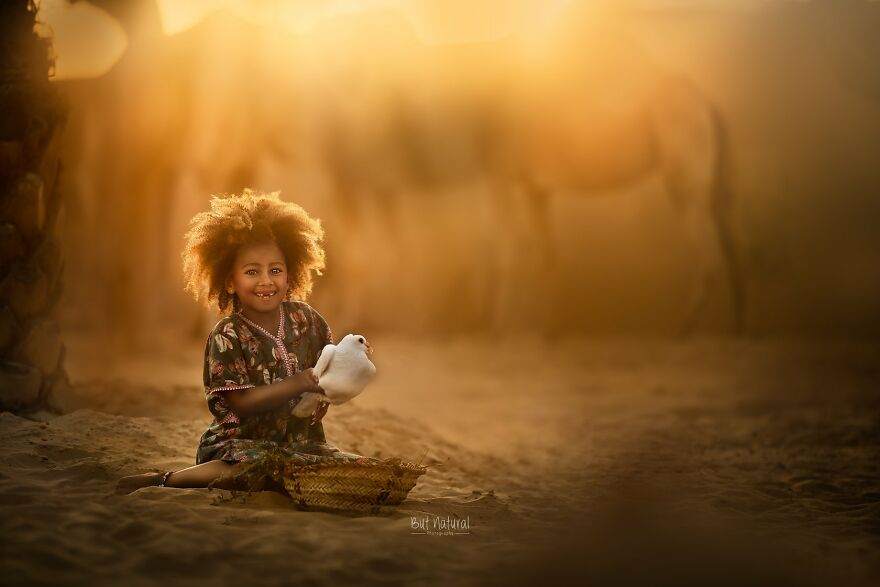 “My aim for this photoshoot was to only make these children experience the magical world of childhood and forget about absolutely everything else for once. This is why I took them to locations where they could freely spend time with each other in the company of furry animals.” 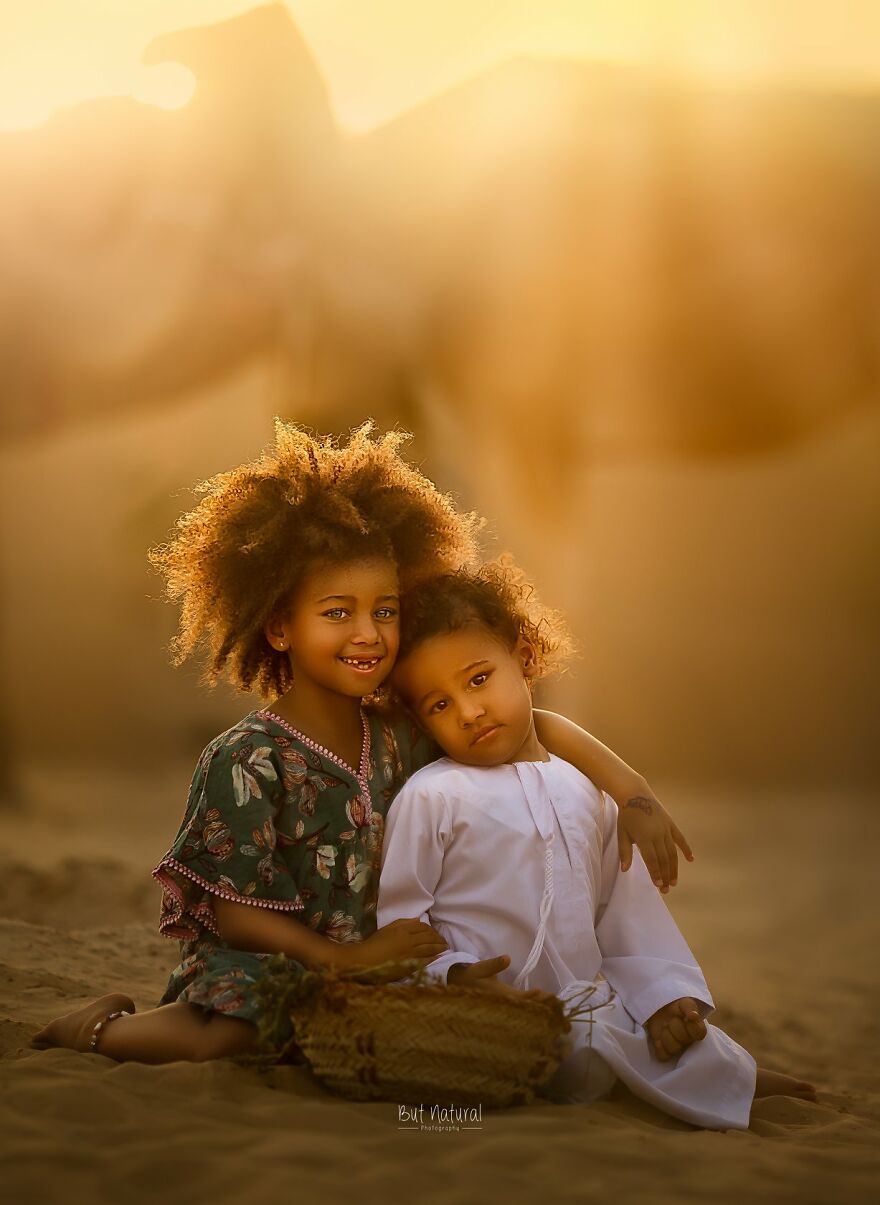 “When they are out and about when they have their hair out… you hear whispers and looks or people pointing,” said Adanya’s mother to me. But over the course of this photoshoot, there were no whispers; just loud laughter. There was no one pointing fingers; just holding hands. There were no strange looks passed; just looks of affection and understanding.” 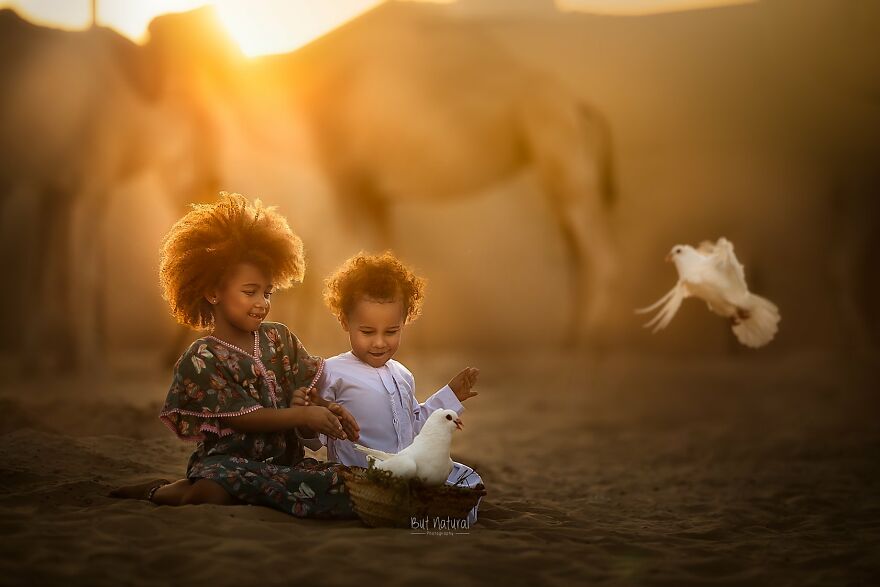 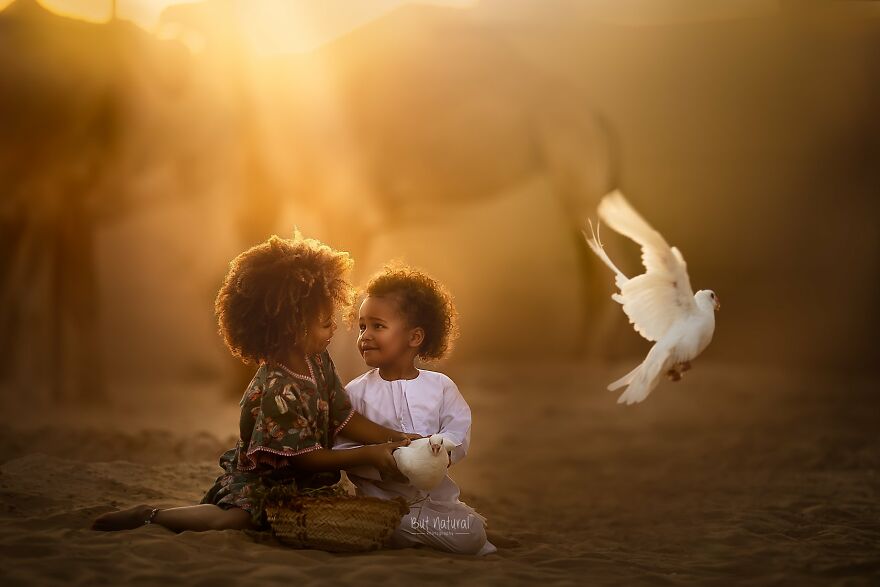 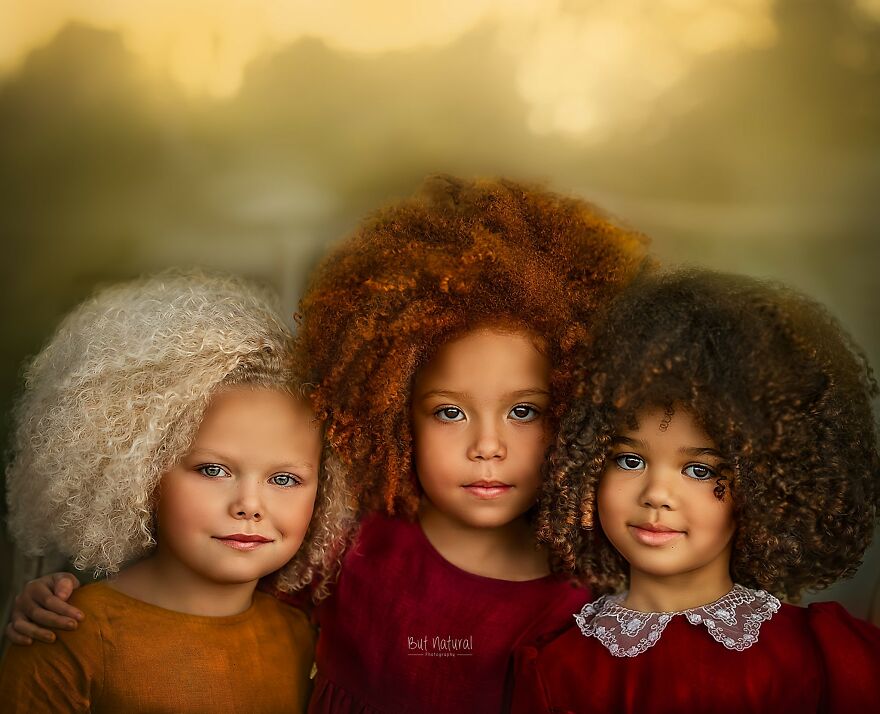 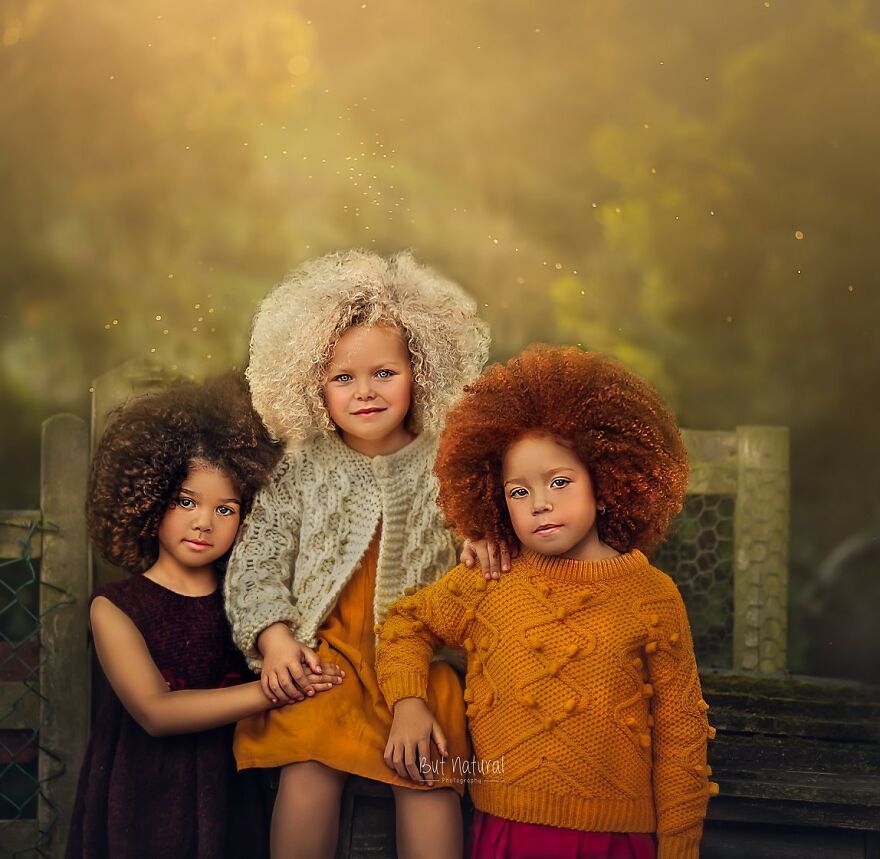 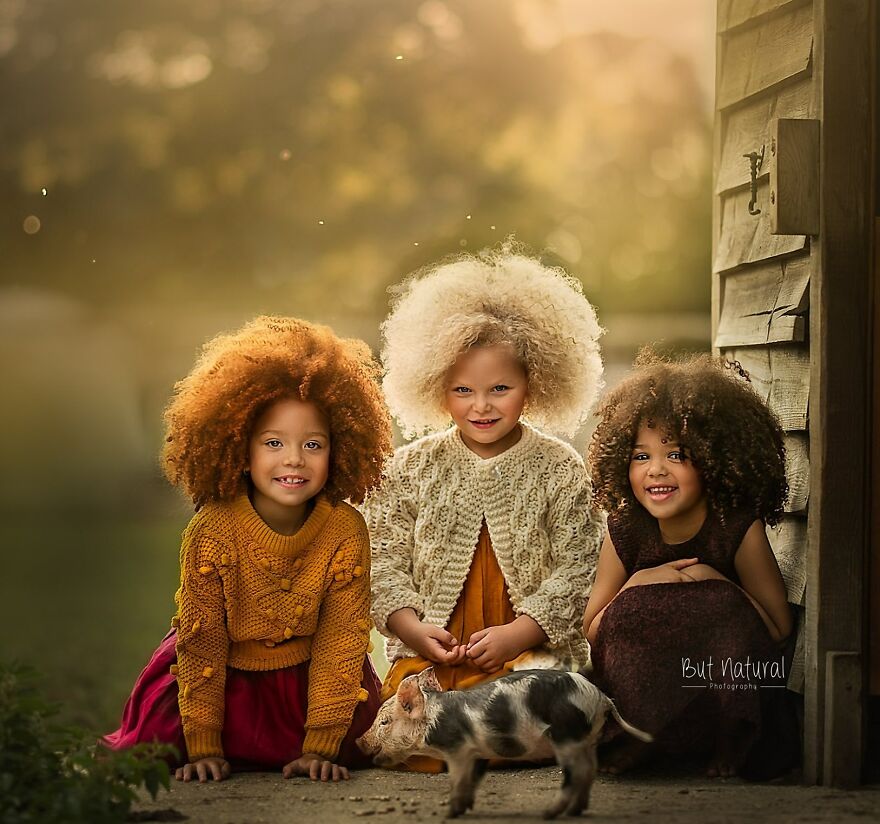 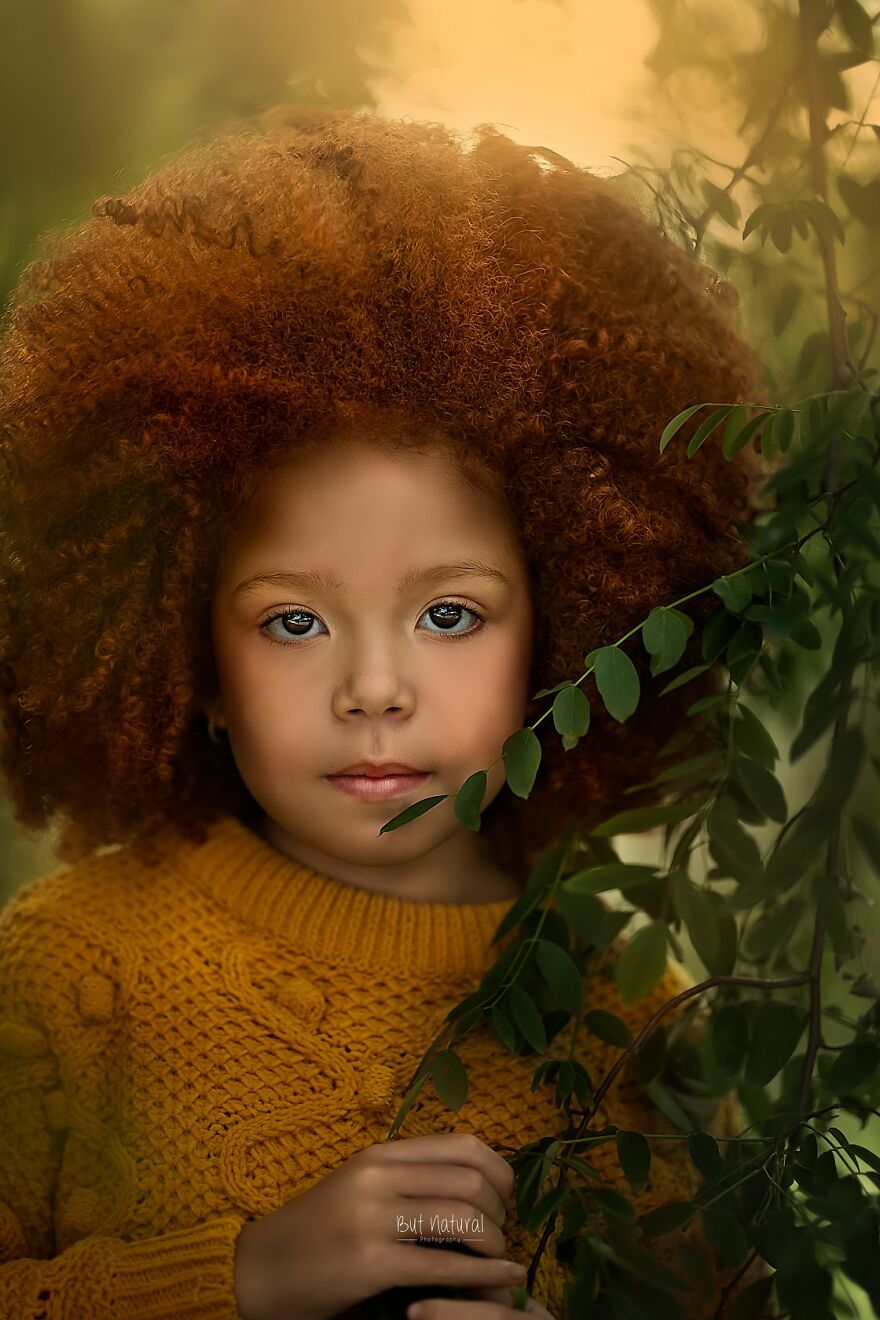 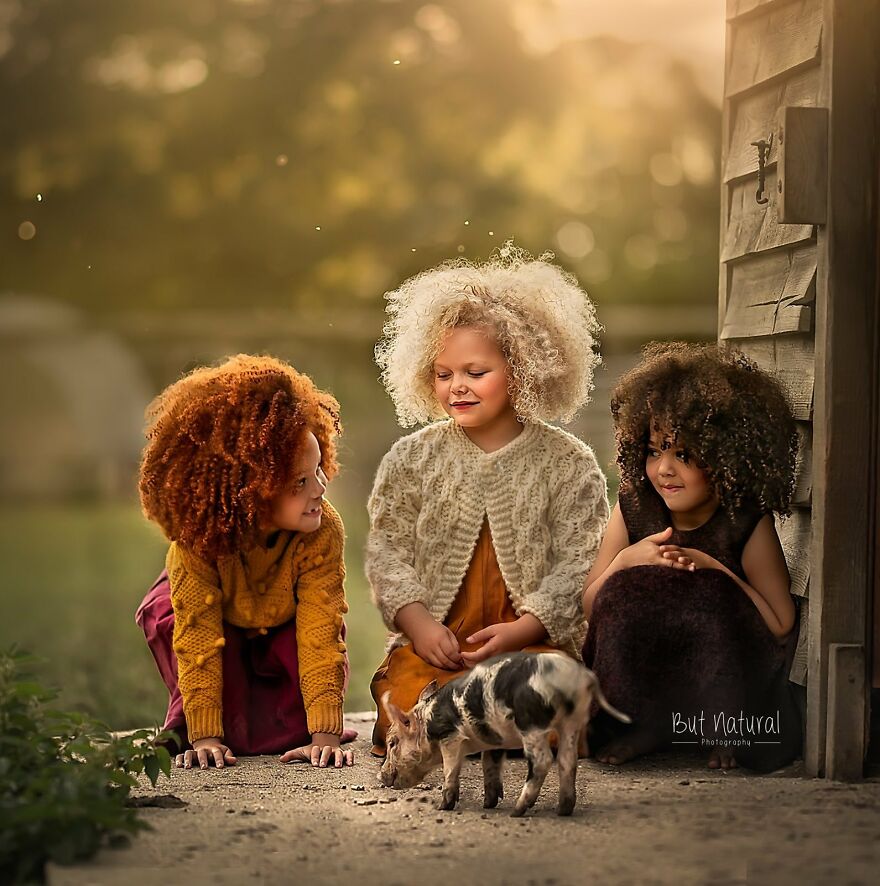 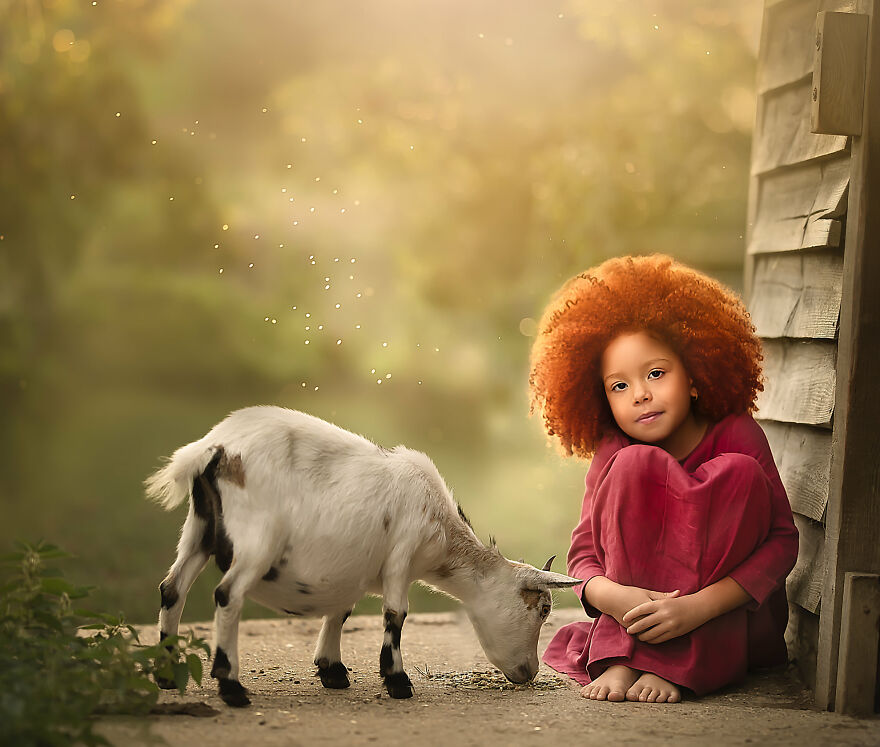 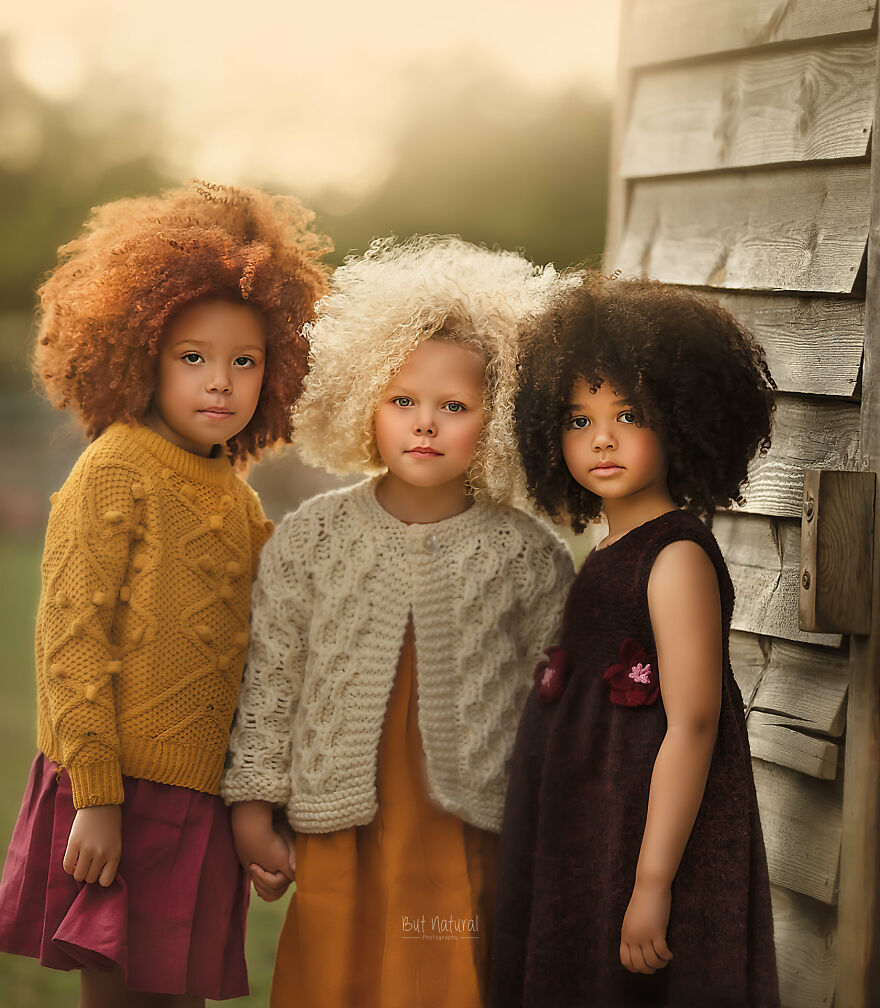 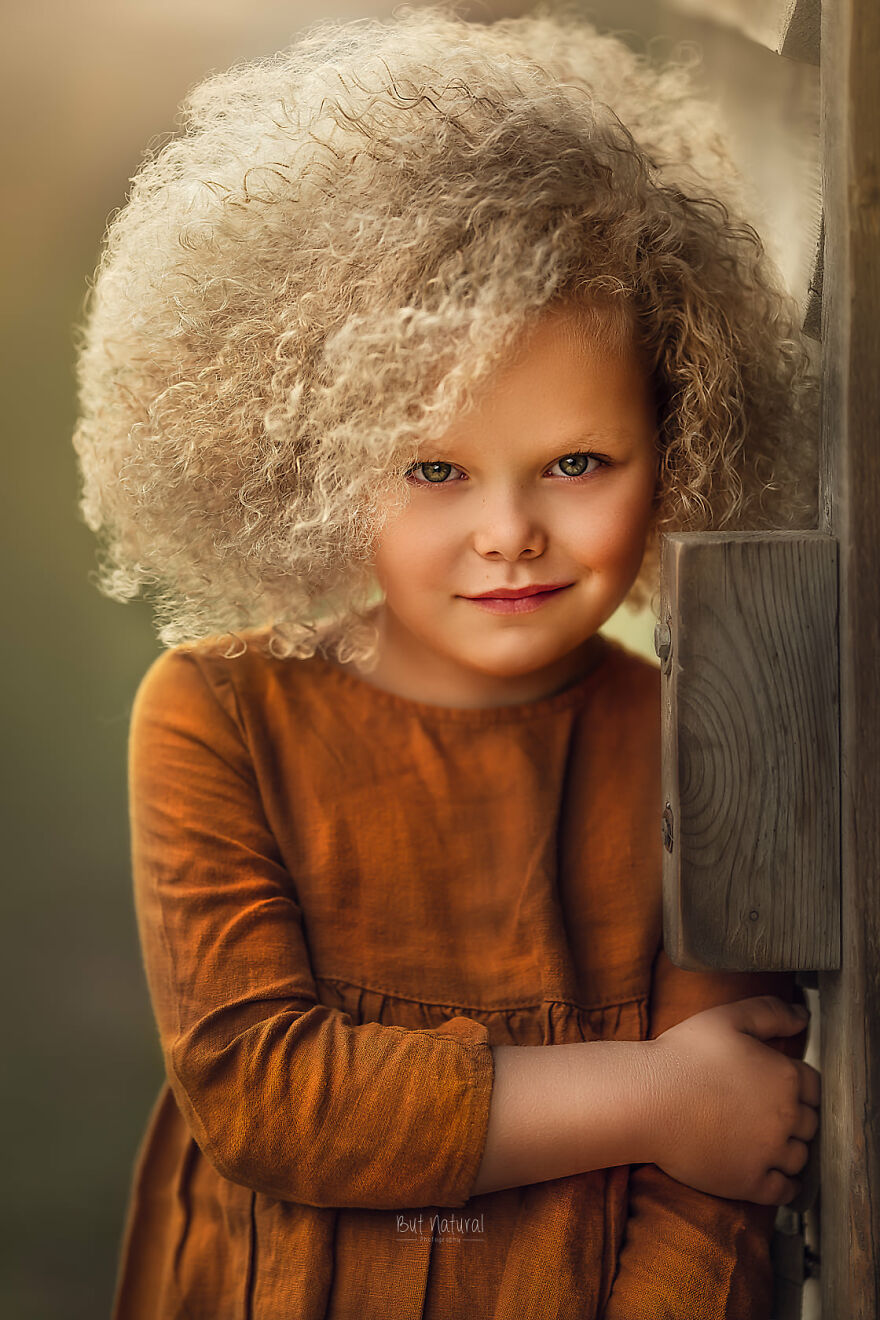 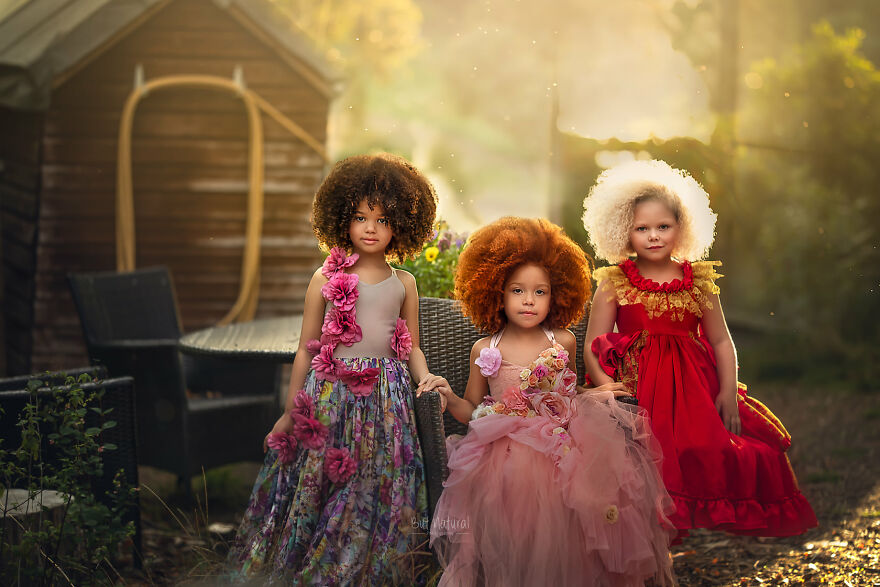 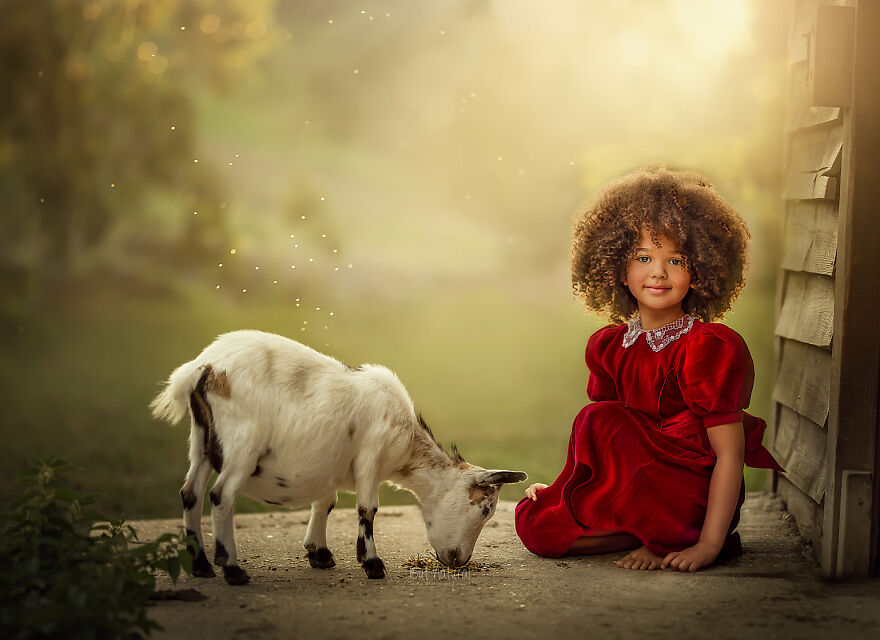