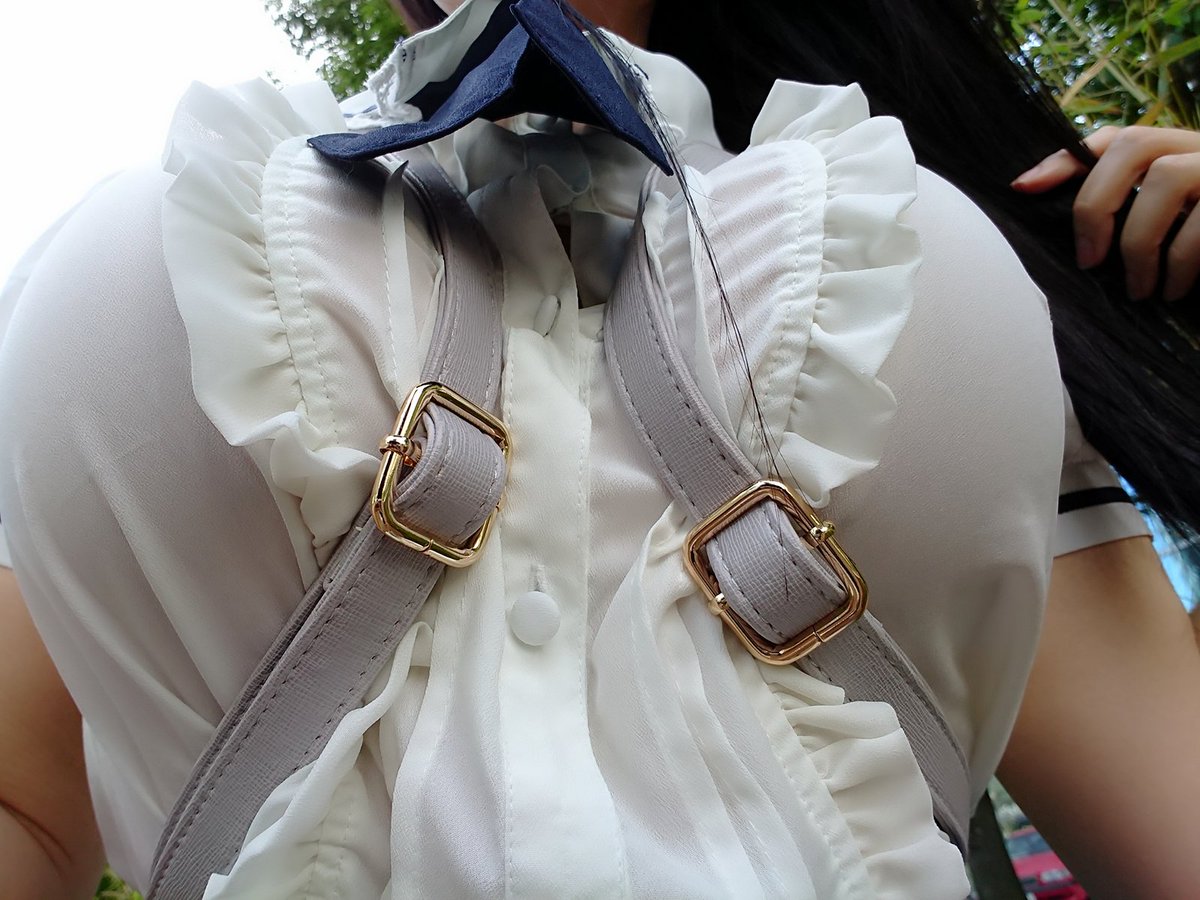 A female Japanese cosplayer is hoping to start an unusual fashion trend that requires a little more than just a significant amount of confidence to pull off. END_OF_DOCUMENT_TOKEN_TO_BE_REPLACED

This Bookstore In Chinese City Of Suzhou Becomes A Wonderland 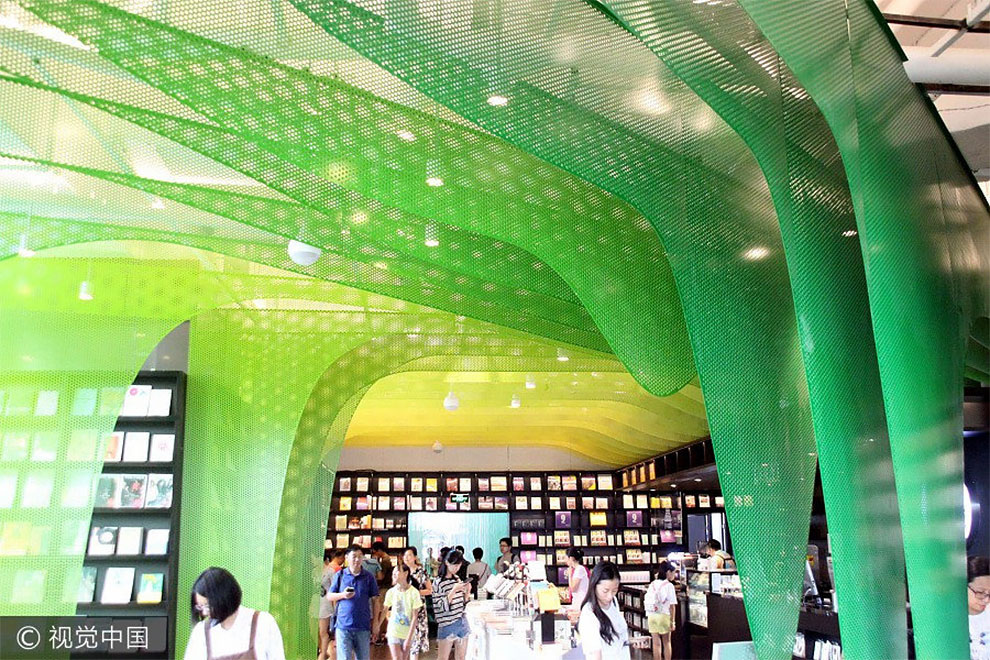 Visitors flock to branch of bookstore Zhongshuge in Suzhou, East China’s Jiangsu province. The branch, which takes up 1,300 square meters, is designed with four reading areas, respectively named as “Rainbow Valley”, “Firefly Cave”, “Crystal Palace” and “Children’s Castle”. Since its opening, it has attracted many readers. END_OF_DOCUMENT_TOKEN_TO_BE_REPLACED 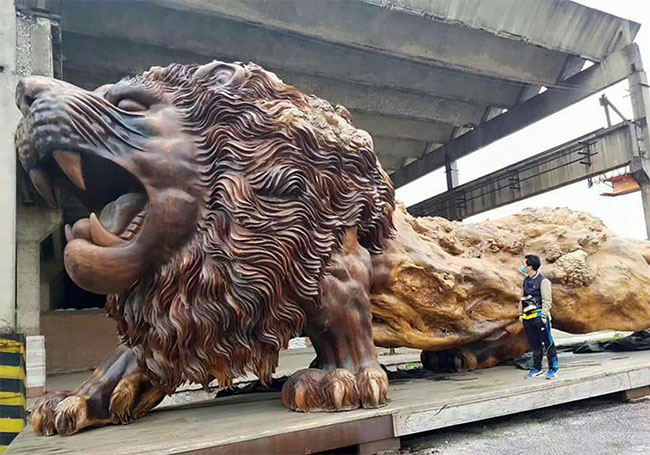 A giant wooden sculpture of a roaring lion now stands proudly in a Central Chinese city square, and the journey it took to get there makes it all the more spectacular. The Oriental Lion, as it has been dubbed, was carved from a single redwood tree trunk over the span of 3 years. END_OF_DOCUMENT_TOKEN_TO_BE_REPLACED 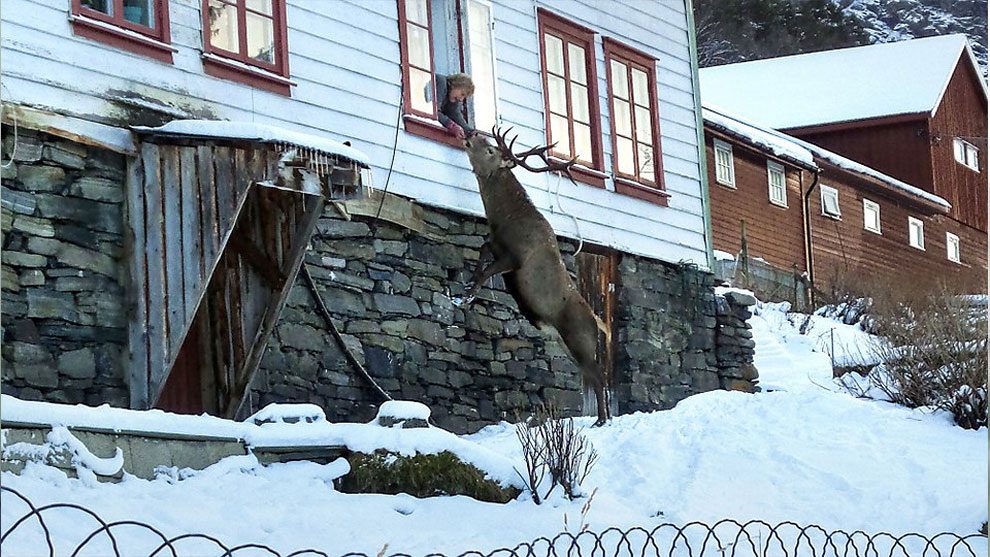 After a family found this wild deer injured, they nursed it back to health and saved it from certain death. END_OF_DOCUMENT_TOKEN_TO_BE_REPLACED 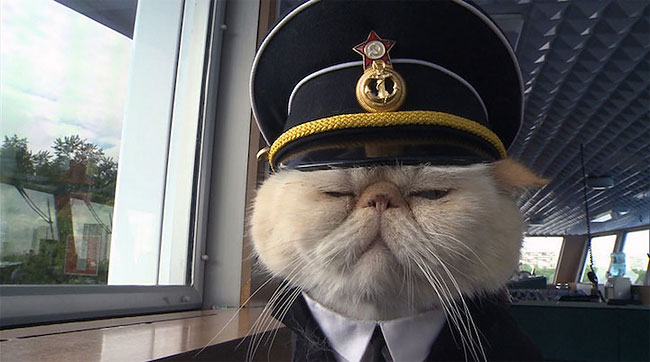 As we all know, cats aren’t that fond of the water, but sailing the high seas is another thing all together and for the past 8 years that’s exactly what Sailor the Persian cat has done. Since 2008 the grumpy feline has been living or ‘working’ onboard a Russian cruise ship for tourists that goes between Moscow and St. Petersburg with captain Vladimir Kotin at his side and even has his very own miniature sailors outfit. END_OF_DOCUMENT_TOKEN_TO_BE_REPLACED 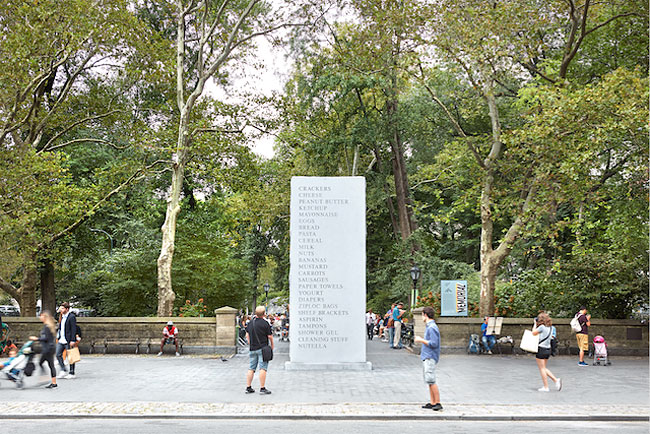 An immense granite monument to the mundane was erected in Central Park last week by the Public Art Fund. The 17-foot-tall stone slab is inscribed with a message that, by virtue of the medium, could outlast the civilization around it. For his new sculpture, MEMORIAL, British artist and author David Shrigley has carefully chosen words like “sausages,” “Nutella,” and “tampons”—like a deadpan “Ozymandias,” it’s possible the only record left of a post-apocalyptic New York City will be a grocery list. END_OF_DOCUMENT_TOKEN_TO_BE_REPLACED 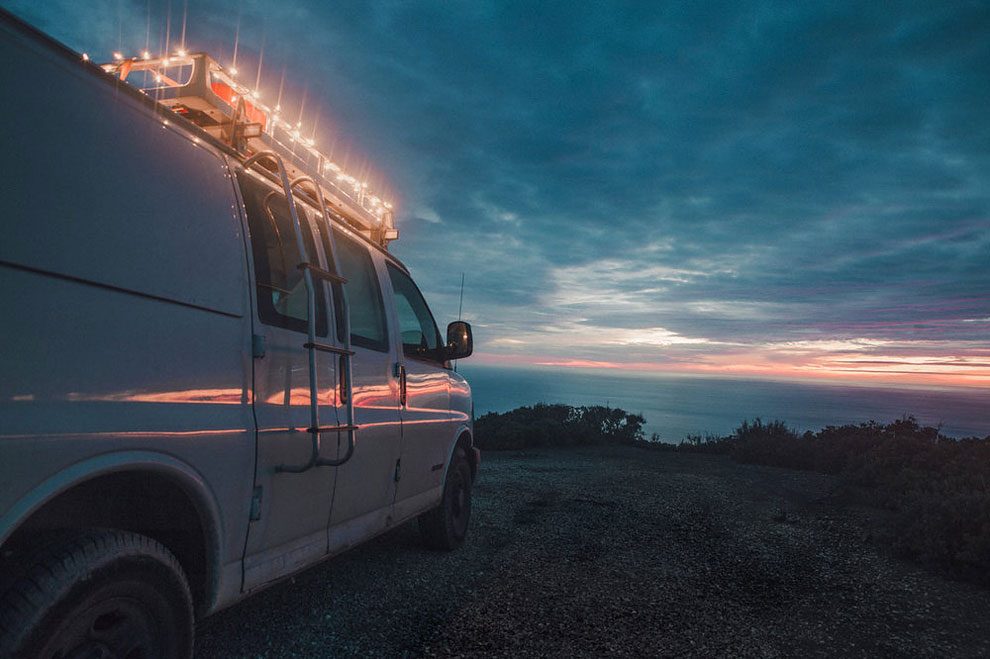 Filmmaker Zach Both got creative when it was time for him to hit the road for work last year. Needing to hit various locations around the U.S., 23-year old Both bought a 10-year old Chevy cargo van off of Craigslist and converted it into a mobile studio. This gave him complete freedom to work wherever the project took him, while giving him a comfortable place to live and work. END_OF_DOCUMENT_TOKEN_TO_BE_REPLACED 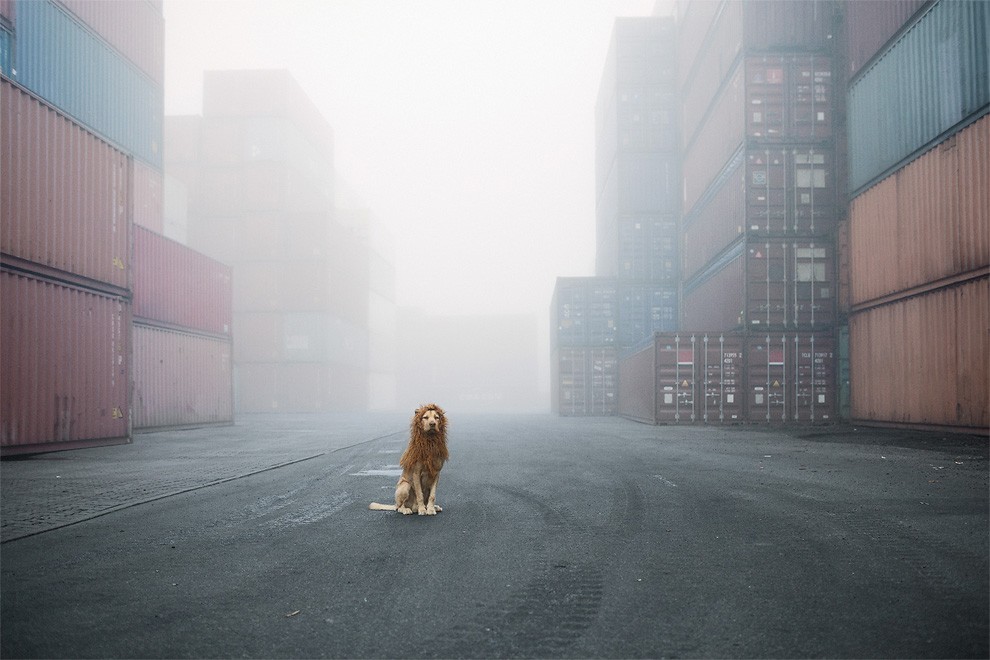 When German photographer Julia Marie Werner found a scruffy homeless dog hunting for scraps of food in her garage in Spain, she fell in love with him immediately. While other people saw nothing but a homeless mutt, she saw a brave little lion, and she now wants the world to share her vision with this heartwarming series of photographs. END_OF_DOCUMENT_TOKEN_TO_BE_REPLACED

Pissing Statue Becomes A Symbol Of Belgium’s Attitude To Terrorism

A quirky statue found in Brussels that has long been photographed by tourists has now become a symbol of defiance in the wake of this morning’s terror attacks in the Belgian capital. END_OF_DOCUMENT_TOKEN_TO_BE_REPLACED

Every Spring This Forest In Belgium Becomes A Blue Wonderland 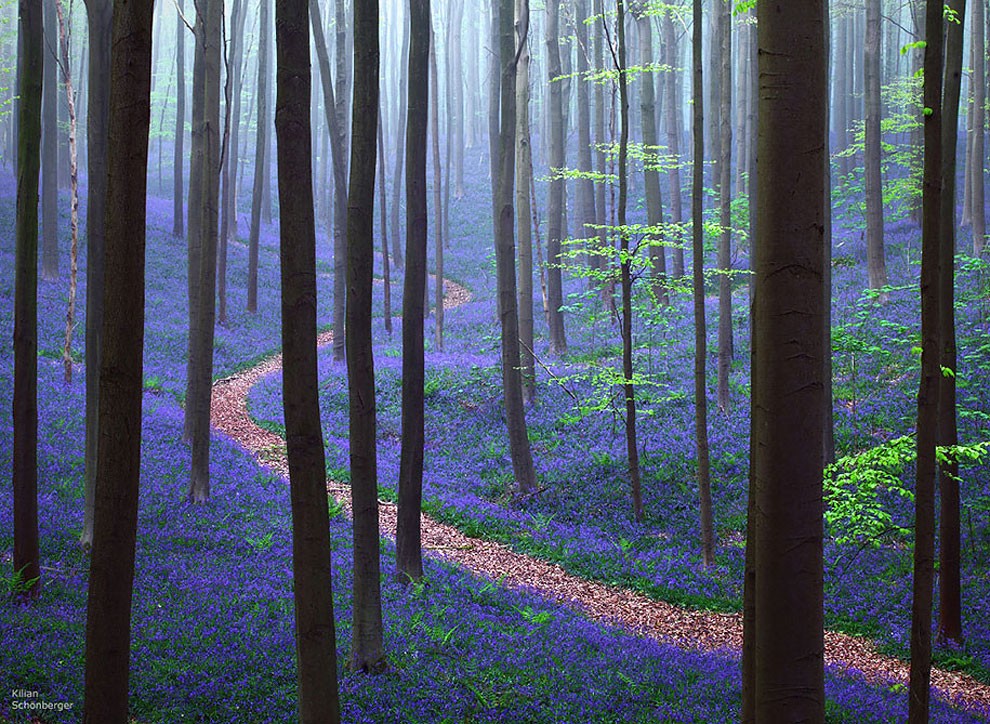 There’s a mystical forest in Belgium, not far from Brussels, that will take your breath away if you visit it in April or May. Every spring, Hallebros, or Bois de Hal (Halle Forest in Dutch), a beautiful 552 ha forest, is carpeted with a thick layer of bluebell flowers. END_OF_DOCUMENT_TOKEN_TO_BE_REPLACED

Meet Larry the ginger cat, given up by his owner for breaking into the food cabinet. He was adopted by a woman named Michelle, and soon became her son, Abel’s, guardian. Larry fell in love with Abel the moment they met.
END_OF_DOCUMENT_TOKEN_TO_BE_REPLACED 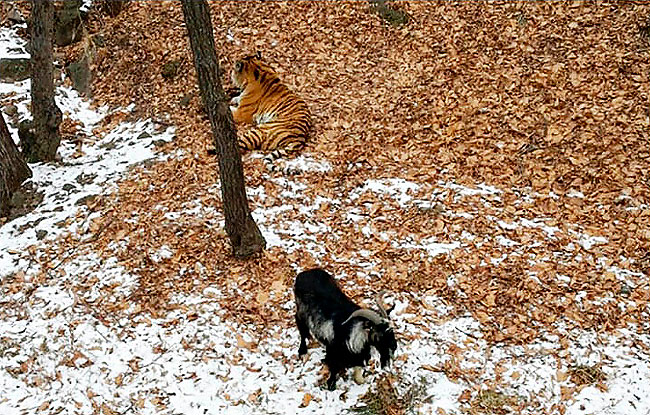 The goat was originally put in the Siberian tiger’s enclosure as his lunch, but the big cat refused to hunt him, leaving staff at the safari park ‘stunned’. Amur the tiger has even been booted out of his shelter by the cheeky goat, who occupied his bed when he entered the enclosure, forcing Amur onto the roof. END_OF_DOCUMENT_TOKEN_TO_BE_REPLACED 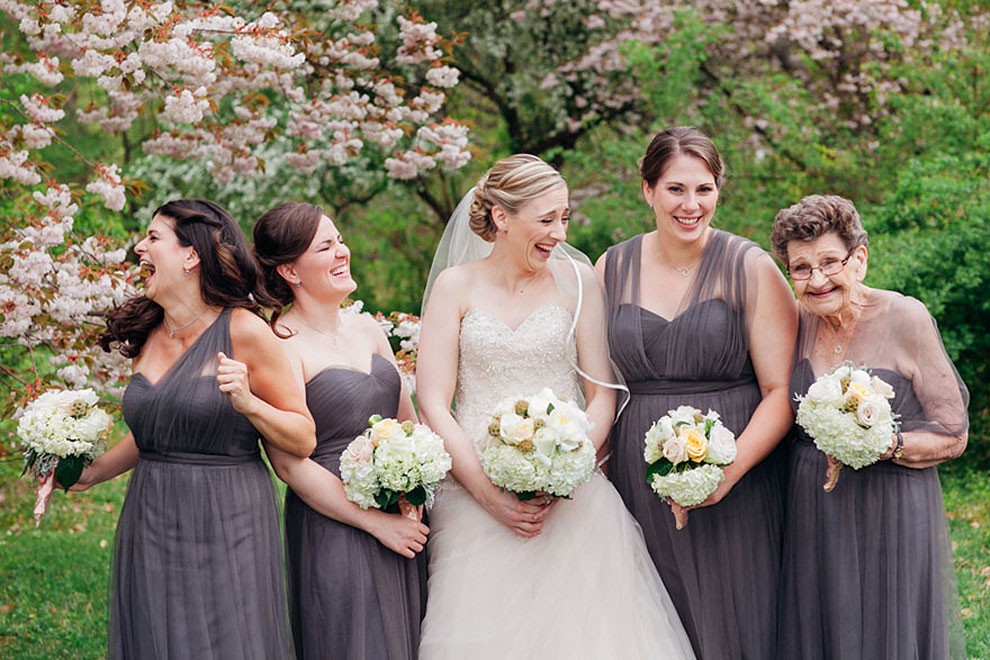 Bride-to-be Christine Quinn was preparing for her wedding day and decided to ask her Nana Betty to stand by her side as a bridesmaid. What she didn’t expect was for the 89-year-old grandmother to accept her request. “She asked me about 10 times, ‘Are you sure?’ and ‘Why would you want an old lady in your bridal party?'” Christine told The Huffington Post. “A few times she even said ‘All of your bridesmaids are young and pretty, why would you want me?’ Obviously Nana is beautiful too. Just look at those photos!” END_OF_DOCUMENT_TOKEN_TO_BE_REPLACED 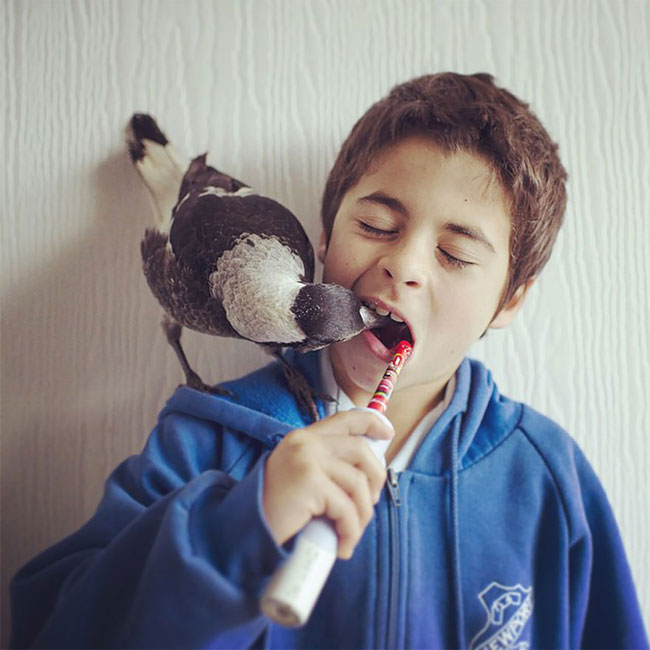 After being rescued and nursed back to health by a young family in Newport, Australia, a magpie named Penguin has become a regular visitor and friend at the Bloom family’s home, playing with them and coming in to hide when it rains. END_OF_DOCUMENT_TOKEN_TO_BE_REPLACED 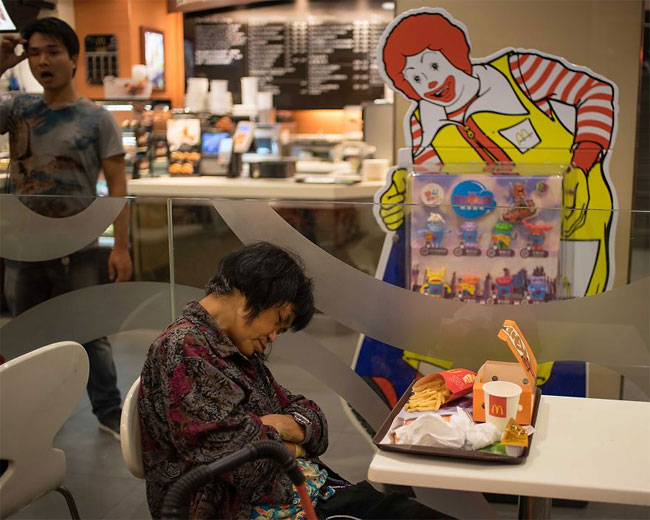 According to Suraj Katra: “After visiting one of the McDonald’s restaurants at 2am in Hong Kong’s Sai Ying Pun district to grab a quick bite, I witnessed a number of people sleeping there. The staff then started making rounds to wake these people up but they continued to sleep.” END_OF_DOCUMENT_TOKEN_TO_BE_REPLACED 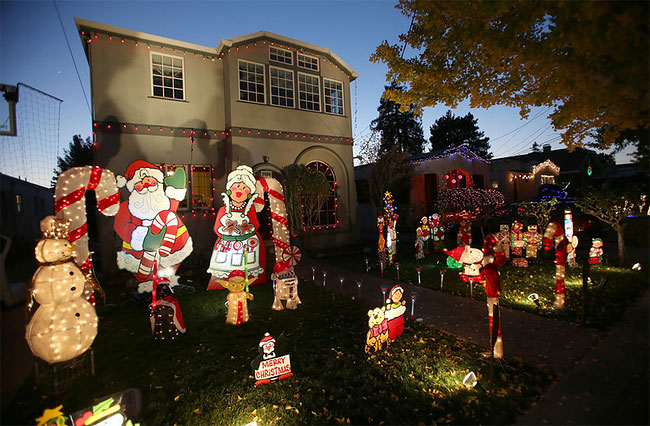 A variety of creative Christmas light displays adorn the majority of homes on Thompson Avenue in Alameda, Calif., on Tuesday, Dec. 3, 2013. The short street is known as “Christmas Tree Lane” during the holidays, and the displays can be seen through New Year’s Eve. (Ray Chavez/Bay Area News Group) END_OF_DOCUMENT_TOKEN_TO_BE_REPLACED

“If you visit Tianducheng, a day trip from Shanghai, in China’s Zhejiang province, you will be confronted by a 354 foot replica of the Eiffel tower. Development on this Paris replica in China began in 2007, but local media say it is a ghost town now. Everyone points to China’s ghost towns as proof of a malaise in China’s property sector. But some, like Stephen Roach, former chairman of Morgan Stanley Asia have argued that these cities will become “thriving metropolitan areas” as China continues to urbanize. What’s truly quirky about these ghost towns though is that some of them have been designed as replicas of Italian, German, English and French towns”. – Mamta Badkar 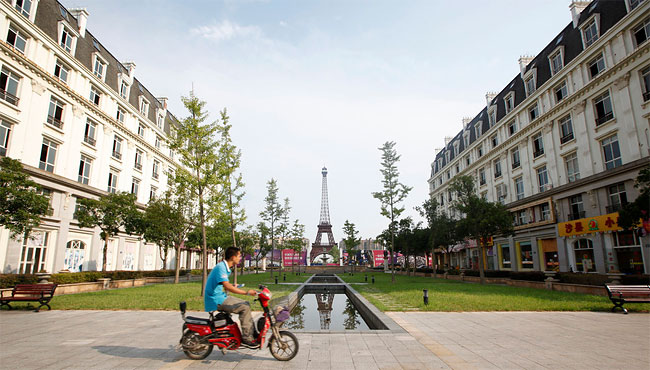 A man rides a motorcycle past a replica of the Eiffel Tower at the Tianducheng development in Hangzhou, Zhejiang Province August 1, 2013. Tianducheng, developed by Zhejiang Guangsha Co. Ltd., started construction in 2007 and was known as a knockoff of Paris with a scaled replica of the Eiffel Tower standing at 108 metres (354 ft) and Parisian houses. Although designed to accommodate at least 10 thousand people, Tianducheng remains sparsely populated and is now considered as a “ghost town”, according to local media. (Aly Song/Reuters) END_OF_DOCUMENT_TOKEN_TO_BE_REPLACED

Dallas Seavey has become the youngest winner ever of the “Last Great Race,” the Iditarod dog-sled mush across Alaska.

“I had five lead dogs on this team, and I had to have every single one of them to do their parts of the race,” Seavey said, reported the Associated Press, shortly after crossing the finish line in Nome.

Seavey, who turned 25 on March 4, the day the race officially started, travelled for nine grueling days, four hours, 29 minutes and 26 seconds with nine dogs pulling his sled to the finish line approximately 7:29 p.m. Tuesday. After 1,000 miles from the starting point in Anchorage, Seavey and his dogs were exhausted.

“It’s just now hitting me,” said Seavey, according to Reuters. “About four miles ago, I just crashed.”

The ice, combined with the frigid temperatures and windy conditions, forced many mushers to slow down. But Seavey’s dog, Guinness, who acted as a lead dog for short time, kept trudging through the Alaskan wilderness. 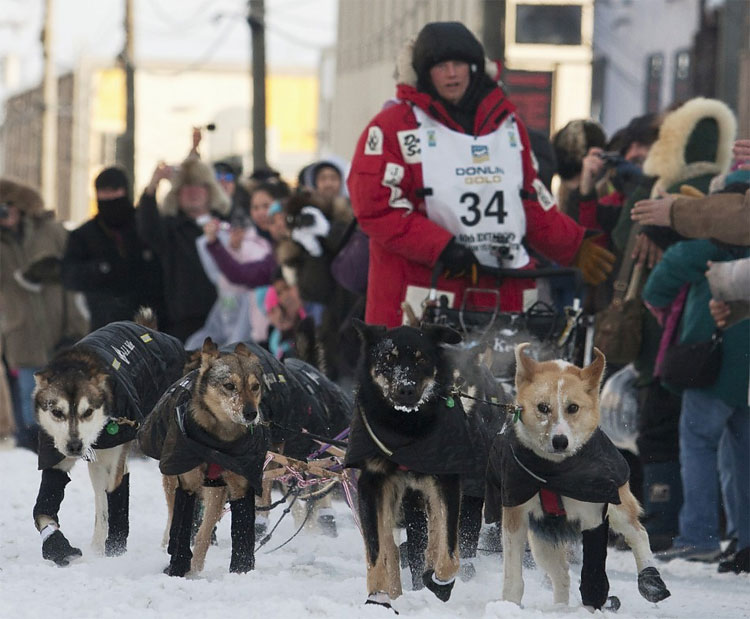 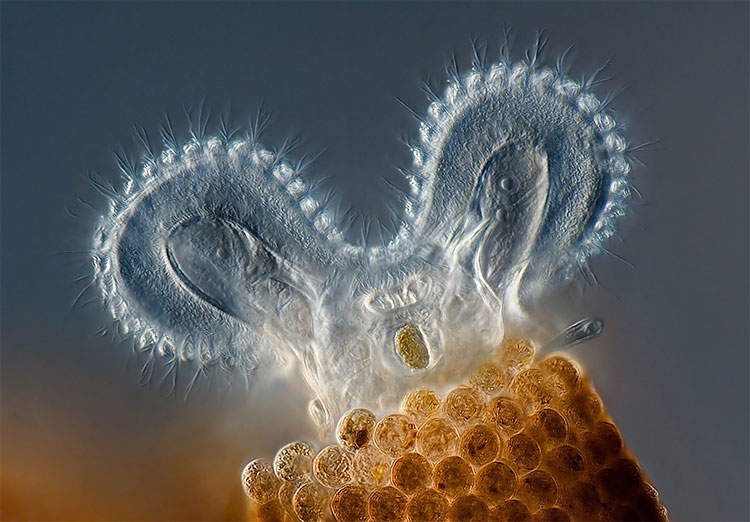 An extreme close-up of a type of rotifer known as Floscularia ringens has won first prize in the 2011 Olympus BioScapes Digital Imaging Competition, which showcases photos and movies of life science subjects. The image was the top selection out of more than 2,000 entries in this year’s contest — and it earned the photographer, Charles Krebs, $5,000 worth of Olympus imaging equipment.