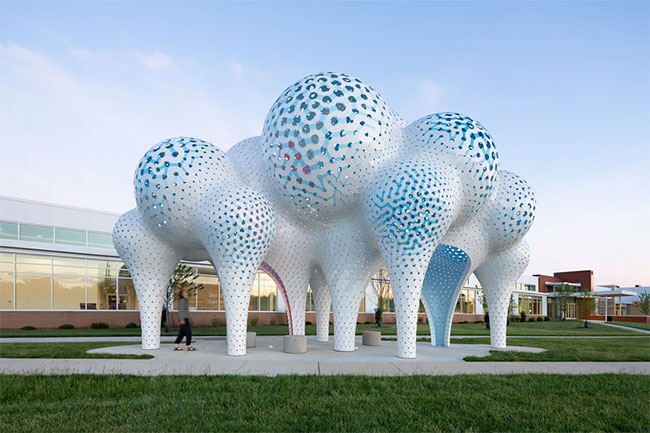 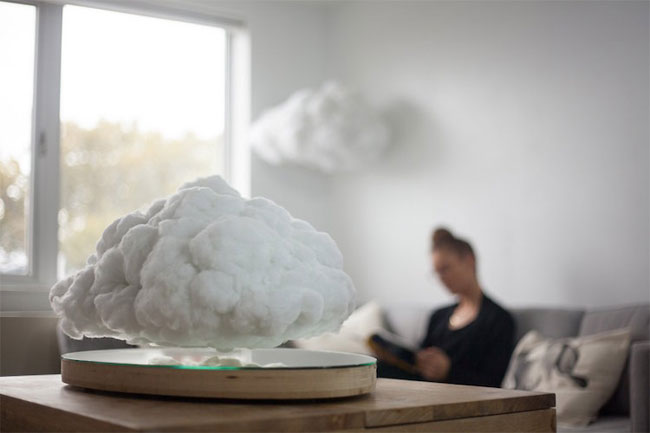 A recent collaboration, called Making Weather, by design firm Richard Clarkson Studio and levitation specialists Crealev, have produced a levitating version of Clarkson’s interactive speaker lamp, Cloud. The new product, named ‘floating’, is made of white hand fluffed polyester fibers that give each cloud a unique shape and has magnets embedded in both the reflective oval base and the body of the cloud. The powerful magnets allow the speaker to float 1 to 2 inches off the base and lets the speaker softly bob and rotate to create an effect similar to that of clouds floating outside. END_OF_DOCUMENT_TOKEN_TO_BE_REPLACED 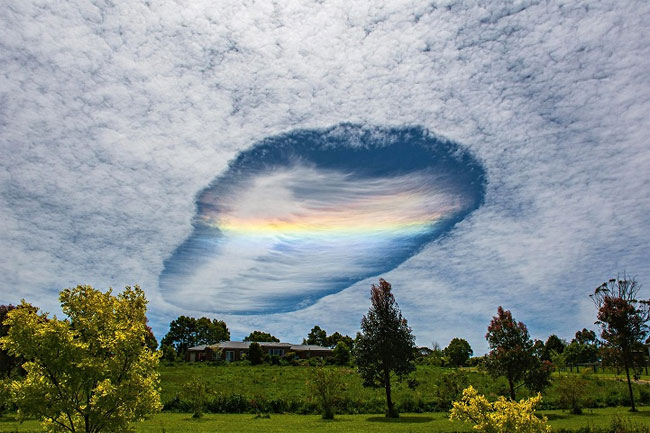 The beautiful phenomenon pictured above, was captured floating high above Eastern Victoria, Australia. It almost appears to be a portal to another dimension, complete with a rainbow beckoning to the other side, but there is a scientific explanation for these bewitching cloudy formations known as fallstreak holes. It begins with a process known as supercooling. END_OF_DOCUMENT_TOKEN_TO_BE_REPLACED 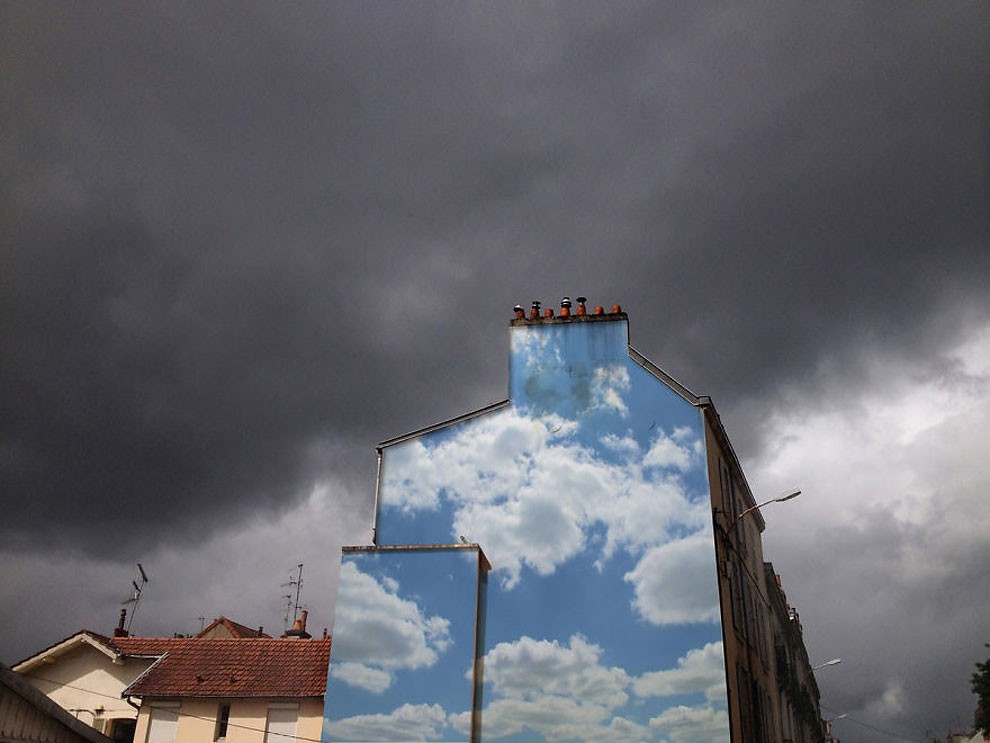 According to an artist Benjamin Løzninger: “I love street-art and the fact that one can discover art randomly out in the street. So after taking pictures OF the streets, I wanted to actually put the photos IN the streets and, this time, bring something uplifting to the people discovering the project. That’s how the { C/LOUD } project was born.” END_OF_DOCUMENT_TOKEN_TO_BE_REPLACED 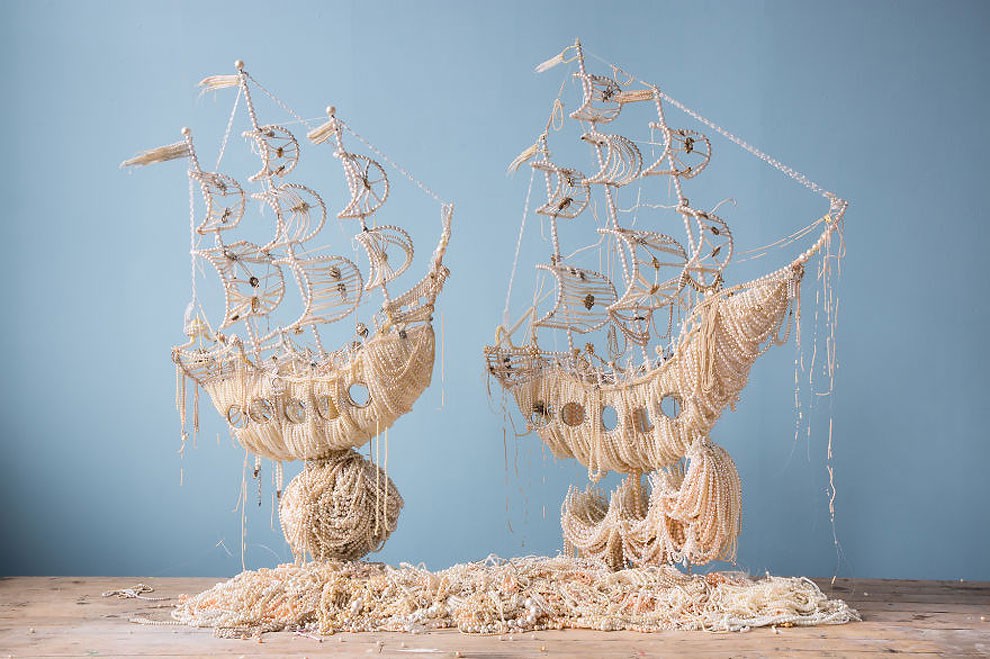 This sculpture was made by Ann Carrington from old pearl necklaces and was inspired by Wing Wo Wave City and White Cloud City – industrial estates in Zhuijang Province, China which manufacture every kind of conceivable pearl adornment in colossal quantities. END_OF_DOCUMENT_TOKEN_TO_BE_REPLACED 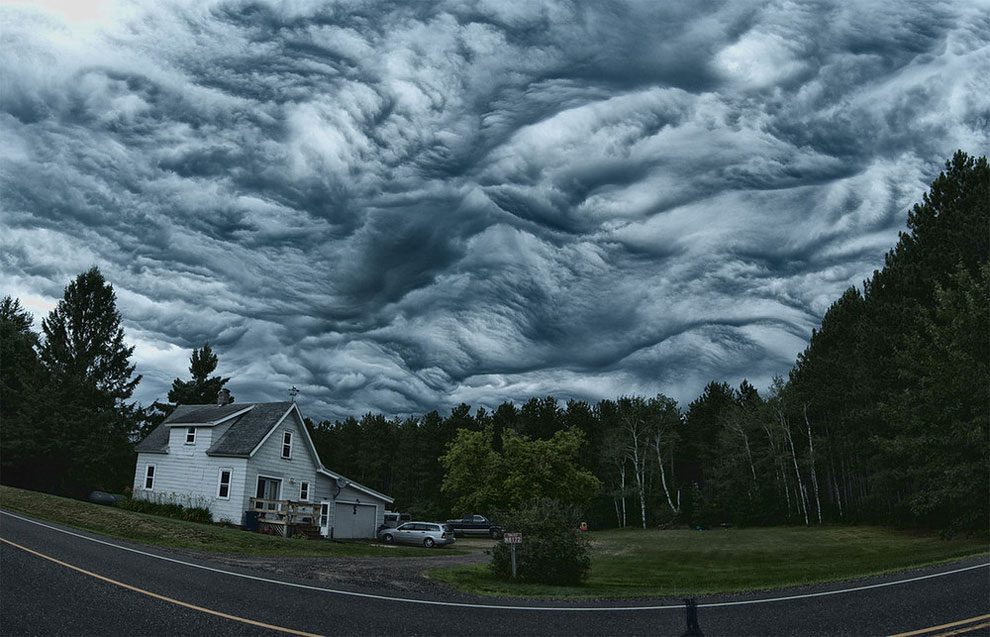 Undulatus asperatus (or alternately, asperatus) is a cloud formation, proposed in 2009 as a separate cloud classification by the founder of the Cloud Appreciation Society. If successful it will be the first cloud formation added since cirrus intortus in 1951 to the International Cloud Atlas of the World Meteorological Organization. The name translates approximately as “roughened or agitated waves”. END_OF_DOCUMENT_TOKEN_TO_BE_REPLACED 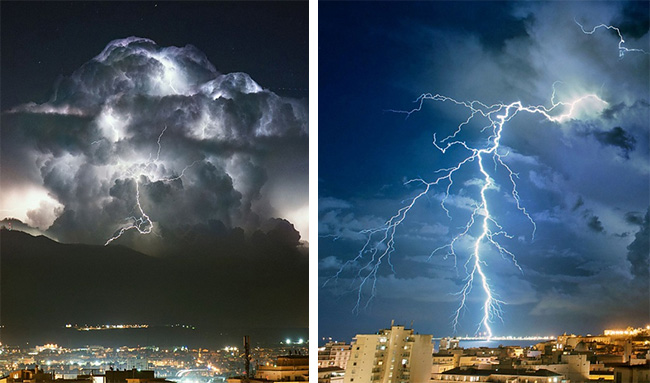 Residents of the normally-sunny island of Sardinia could have been forgiven for running for the hills when this terrifying mushroom cloud appeared in the skies during an intense thunderstorm. END_OF_DOCUMENT_TOKEN_TO_BE_REPLACED

A Giant Nuclear Mushroom Cloud Made of Steel 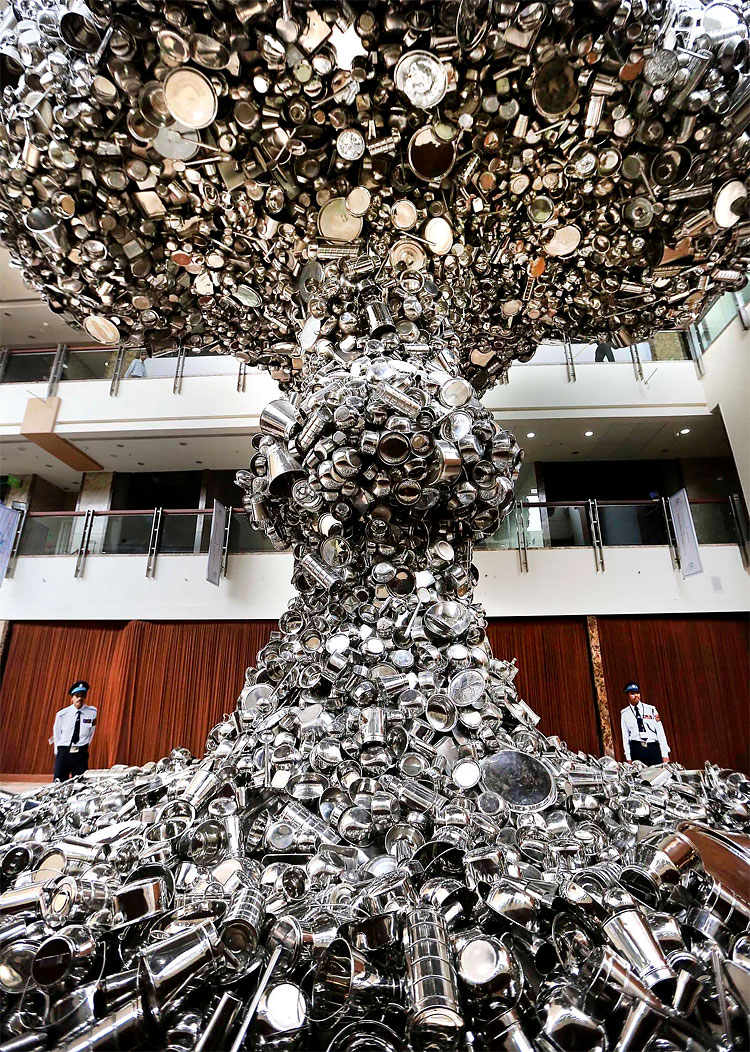 An installation made of steel utensils in the shape of a giant mushroom cloud refers to the dust-cloud of atomic bombings of Hiroshima and Nagasaki, in New Delhi, India. (Kevin Frayer/Associated Press) 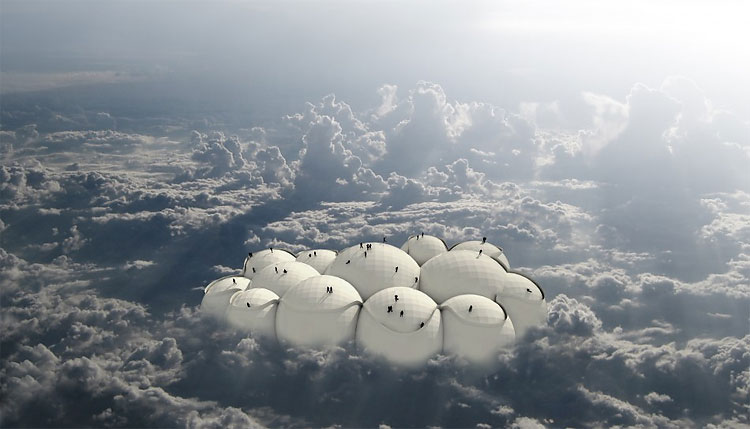 For those who saw the Pixar hit “Up,” the concept may sound familiar. Passengers float up into the sky and drift over the Earth. In a world where everything operates at hyper-speeds, Barros has come up with a luxurious form of slow travel: a giant inflatable cloud that can travel from place to place, riding on the predominant winds. Oddly enough, the design proposal was an entry in a competition for a high-speed rail network, called Life at the Speed of Rail, promoted by the Department of Cultural affairs of New York City. END_OF_DOCUMENT_TOKEN_TO_BE_REPLACED