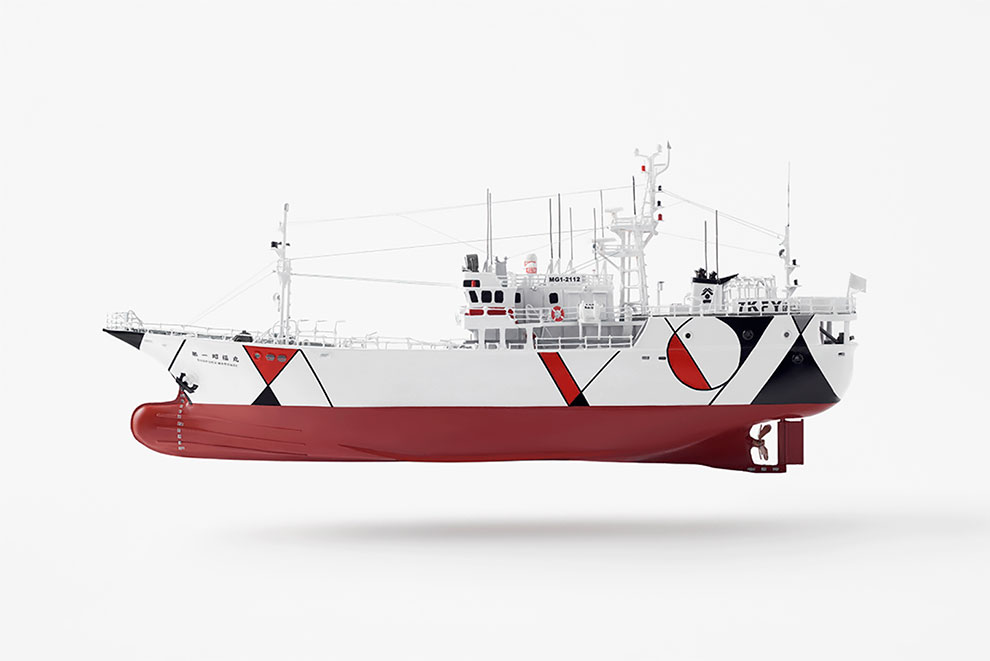 Have you ever seen a fishing boat with so much style? Nendo design studio has transformed the Japanese fishing boat Shofukumaru into a true work of art. END_OF_DOCUMENT_TOKEN_TO_BE_REPLACED Abandoned in the 1990s, Houtouwan is a small fishing village on the eastern most Chinese island of Shengshan. Due to large trawlers from nearby Shanghai, the fishing supply was depleted and forced the residents to find work elsewhere. Now this ghost village only sees tourists and a few locals selling essentials for the day trippers. END_OF_DOCUMENT_TOKEN_TO_BE_REPLACED 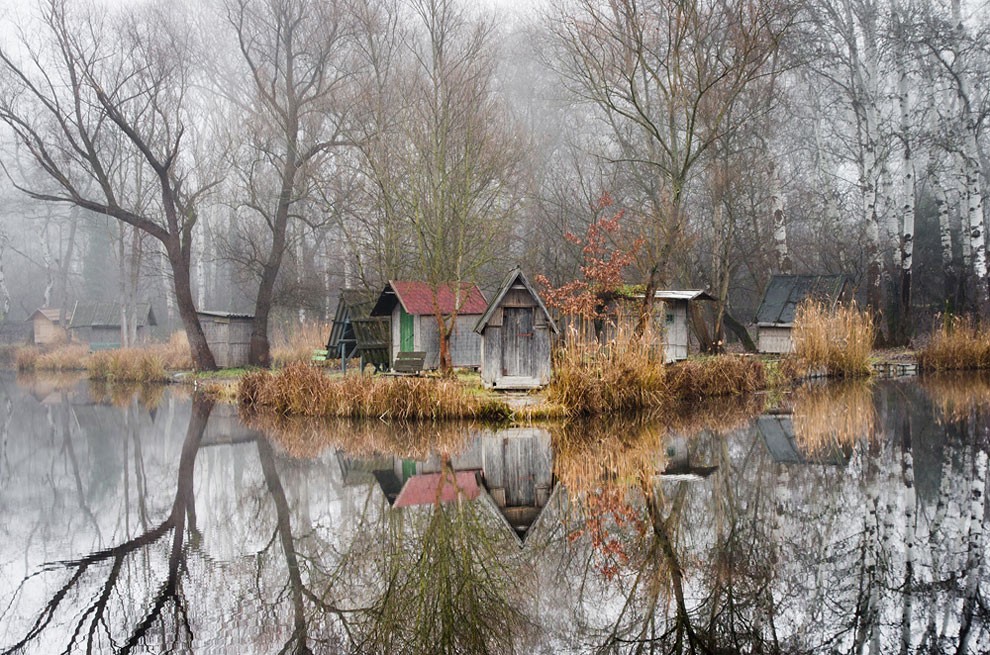 Slovakian-based photographer Viktor Egyed accidentally found the town of Szödliget a few years ago, then came back with his camera to capture the abandoned village, which is located three hours outside of Budapest. END_OF_DOCUMENT_TOKEN_TO_BE_REPLACED 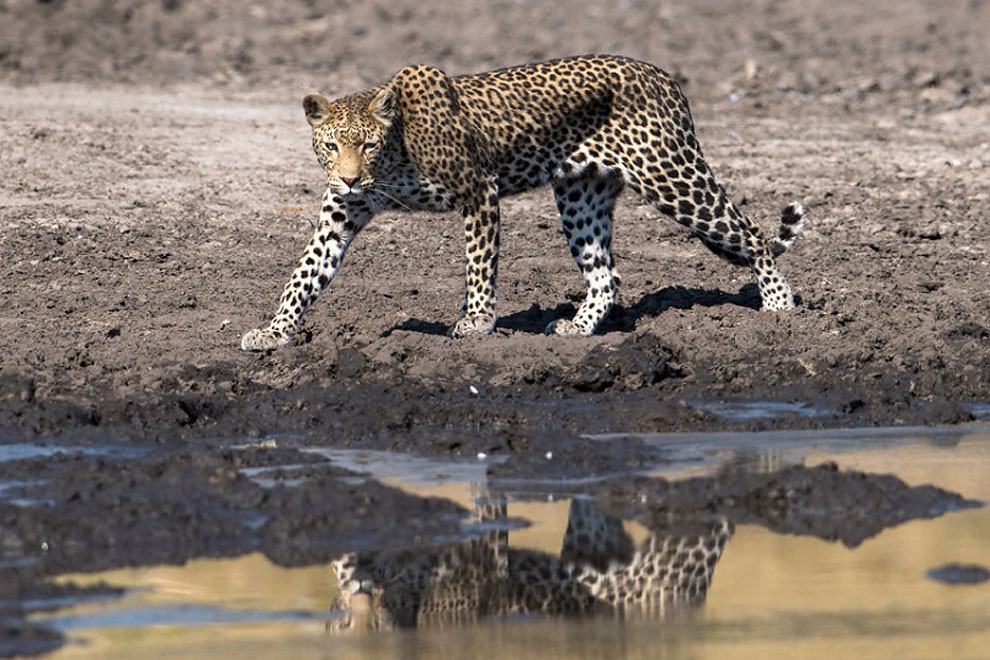 A leopard leaps into a muddy waterhole to catch a fish on August 13, 2015, in the Savuti Channel in Botswana. END_OF_DOCUMENT_TOKEN_TO_BE_REPLACED

Abandoned Fishing Village In China Being Eaten By Nature 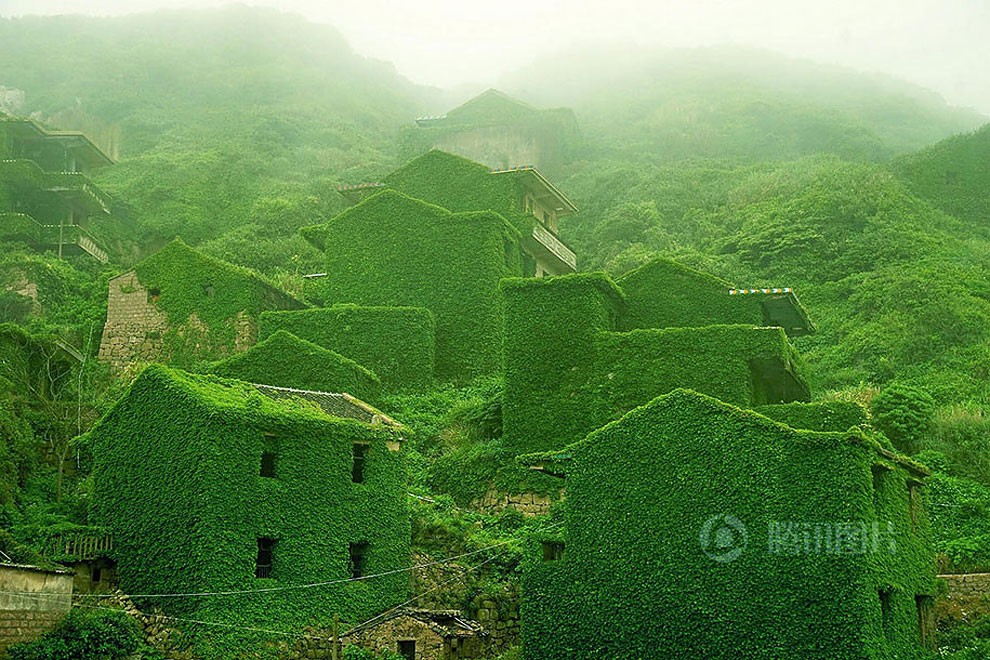 Nature has a habit of reclaiming places devoid of people and Tang Yuhong has captured one of her most pleasant attempts at overtaking an abandoned fishing village. Goqui Island is located in Shengsi, a 400 island archipelago at the mouth of Yangtze river in China. The fishermen have all moved to mainland, and nature is crawling over the houses they left behind. END_OF_DOCUMENT_TOKEN_TO_BE_REPLACED 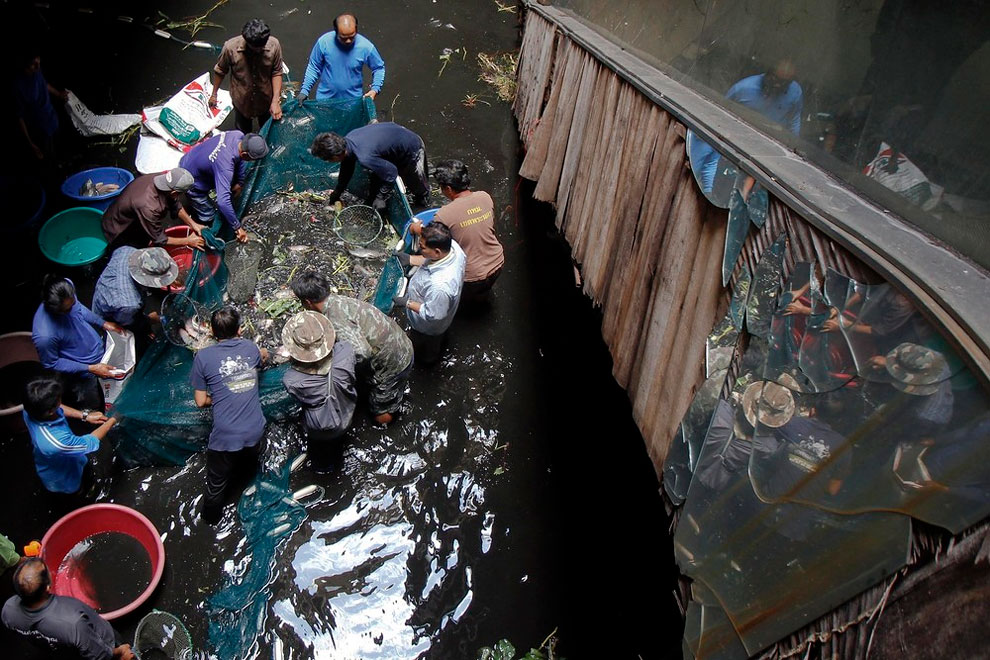 Workers collect fish inside an abandoned department store in Bangkok, Thailand January 13, 2015. Staff from Bangkok Metropolitan Administration (BMA) office were catching fish on Tuesday at the ground floor of the roofless New World department store that was closed down in 1997. Thousands of fish such as catfishes, fancy carps as well as black and red tilapias were released into the ground floor of the building, flooded with rainwater, as local vendors tried to control mosquitoes in the area, local media reported. BMA recently decided to remove the fish and release the water. (Photo by Chaiwat Subprasom/Reuters)
END_OF_DOCUMENT_TOKEN_TO_BE_REPLACED

In this photo taken Wednesday October 29 2014, a fisherman poses with his catch on the shores of Lake Chivero, west of Harare. Illegal fishing can be hazardous in Zimbabwe, where poachers scan the banks for armed rangers and the water for crocodiles while they cast their rods. The country is in such a dire economic state that thousands of people, unable to find regular work, flock to Lake Chivero in hopes of catching fish, mostly bream, that they can sell for desperately needed income. (Photo by Tsvangirayi Mukwazhi/AP Photo)
END_OF_DOCUMENT_TOKEN_TO_BE_REPLACED

These pictures shows a two-tonne whale shark being driven through a town in China strapped to a fisherman’s truck. It is a wonder Cai Chengzhu can see where he is going as the giant 4.5m creature’s tail blocks his view of the road, and its head hangs off the back. No doubt surprised by his mega catch, the fishing captain tied the fish down with a sturdy rope and headed for market – apparently unaware it was an endangered and protected animal. Not believing what they were seeing, amused bystanders in Yangzhi county, Fujian province, took photos of the incredible sight and posted them on Sina Weibo, the closest Chinese equivalent to Twitter. 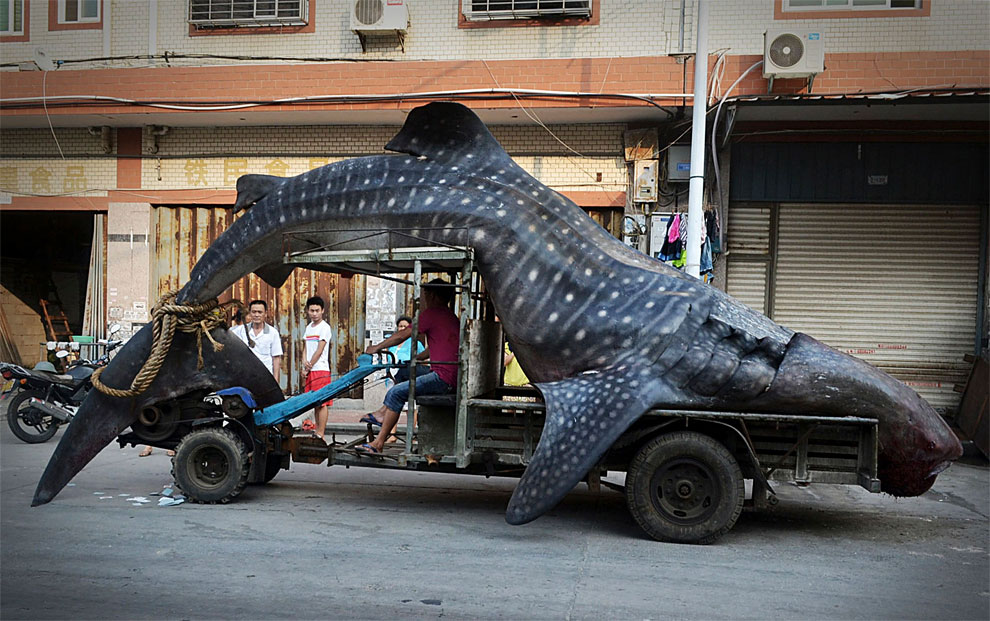 A fisherman transports a dead whale shark after it was caught in fishermen’s net, in Yangzhi county, Fujian province August 1, 2014. According to local media, the whale shark is five-metre-long and weighs over 2 tonnes. (Photo by Reuters/Stringer)
END_OF_DOCUMENT_TOKEN_TO_BE_REPLACED

Fishing and Firearms on Lake Turkana

“When Simon Choko goes out fishing on Kenya’s lake Turkana, he brings a gun as well as a net. In the drought-stricken corner of northwestern Kenya, the native Turkana community to which Choko belongs is involved in deadly conflict with rivals from across the border in neighboring Ethiopia, as the poor populations compete for dwindling food.

The Turkana are traditionally nomadic pastoralists but they have seen the grass that they need to feed their herds wither in the face of recurring droughts. As conditions change, the Turkana have had to change too, and many have turned to fishing.

The trend began back in the 1960s, following a devastating drought, which wiped out entire herds. As a new source of survival, the government started to introduce communities to fishing in the plentiful waters of the vast and then mostly untouched Lake Turkana.

Authorities gave out fishing nets and resettled affected communities in villages along the shores of the lake. The change was a tough one for many Turkana, a society where a man’s status is traditionally linked to the size of his herd and “fish-eater” used to be an insult.

But people adapted and a new economy geared up, although for many it was a way to save money by selling fish in order to eventually restock their lost herds and go back to their pastoralists roots.

But things have changed again. Lake Turkana is overfished, and scarcity of food is fuelling long-standing tensions with Ethiopian indigenous Dhaasanac, who have seen their grazing grounds squeezed by large-scale government agricultural schemes in southern Ethiopia, and who now venture ever deeper into Kenyan territory in search of fish and grass.

The conflict is just one example of clashes that take place between different ethnic groups in various parts of Kenya over cattle-raiding, politics and limited resources.

Here, the Turkana community fishing near Todonyang, close to the Ethiopian border, have formed themselves into a well-organized armed group, as they fear attacks both on the lake and on the shores, where they have set up temporary fishing camps”. – Siegfried Modola via Reuters 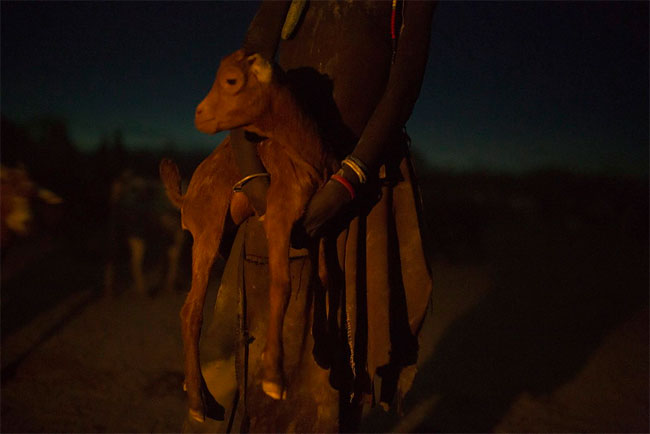 A Turkana girl holds a lamb at the end of the day inside her family’s cattle kraal in the disputed area of the Ilemi triangle in northwestern Kenya near the borders with Ethiopia and South Sudan October 14, 2013The Turkana are traditionally nomadic pastoralists, but they have seen the pasture that they need to feed their herds suffer from recurring droughts and many have turned to fishing. However, Lake Turkana is overfished, and scarcity of food and pastureland is fuelling long-standing conflict with Ethiopian indigenous Dhaasanac, who have seen grazing grounds squeezed by large-scale government agricultural schemes in southern Ethiopia. The Dhaasanac now venture ever deeper into Kenyan territory in search of fish and grass, clashing with neighbours. Fighting between the communities has a long history, but the conflict has become ever more fatal as automatic weapons from other regional conflicts seep into the area. While the Turkana region is short of basics like grass and ground-water, it contains other resources including oil reserves and massive, newly discovered underground aquifers. (Photo by Siegfried Modola/Reuters) END_OF_DOCUMENT_TOKEN_TO_BE_REPLACED