In the Late Middle Ages, there were illustrated books called Danse Macabre or the Dance of Death which were used to focus the mind on life’s short stretch. 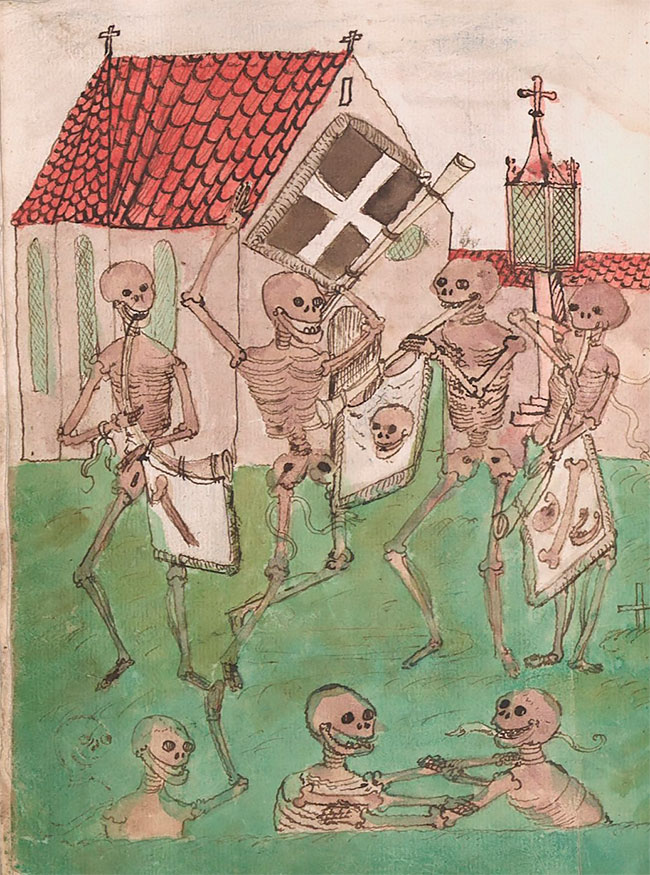 These books were heavily illustrated with pictures of Death or a gnarly skeleton fresh from the grave a-coming-up to claim both high and low. The peasant and the King were equal before Death, neither could escape its cold bony grasp. The Princess and the child were not spared. Understandable when the average life expectancy was between 30 and 40-years-of-age in the 1500s. The rich and privileged may have lived slightly longer but the majority died before forty. END_OF_DOCUMENT_TOKEN_TO_BE_REPLACED

“The Book Of Bare Bones”: Artist Shows The Skeletons Underneath The Skin Of Iconic Cartoon Character 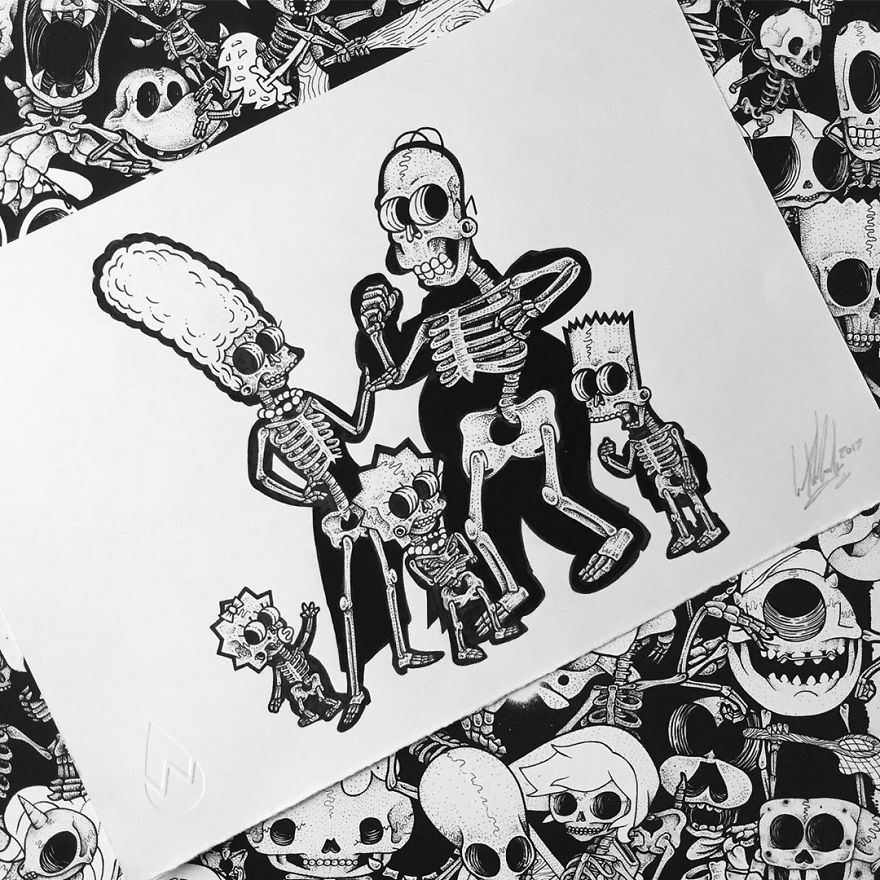 Have you ever wondered what pop culture characters would look like if their skeletons were visible? One artist actually imagined it! Will Blood is an artist from the south of England, UK, who creates X-ray illustrations featuring famous characters from our childhood. END_OF_DOCUMENT_TOKEN_TO_BE_REPLACED

Giant Skeletons Emerge From A Street In Mexico City 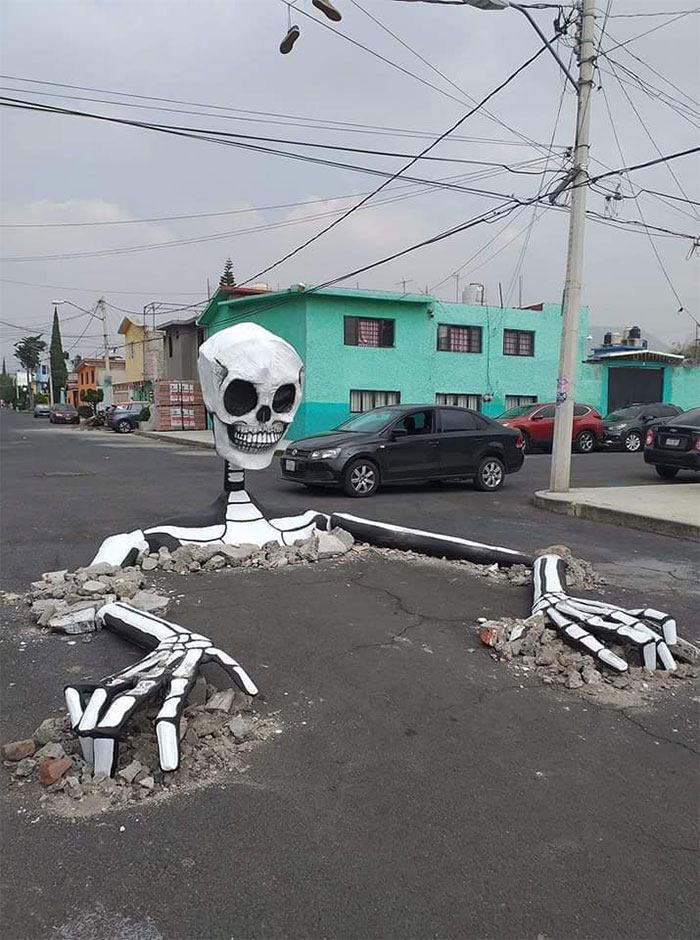 Huge skeletons have “came to life” from a street in Mexico City. Celebrating the Day of the Dead, the sculptures have become the centre of attention in the whole Tlahuac neighbourhood. END_OF_DOCUMENT_TOKEN_TO_BE_REPLACED 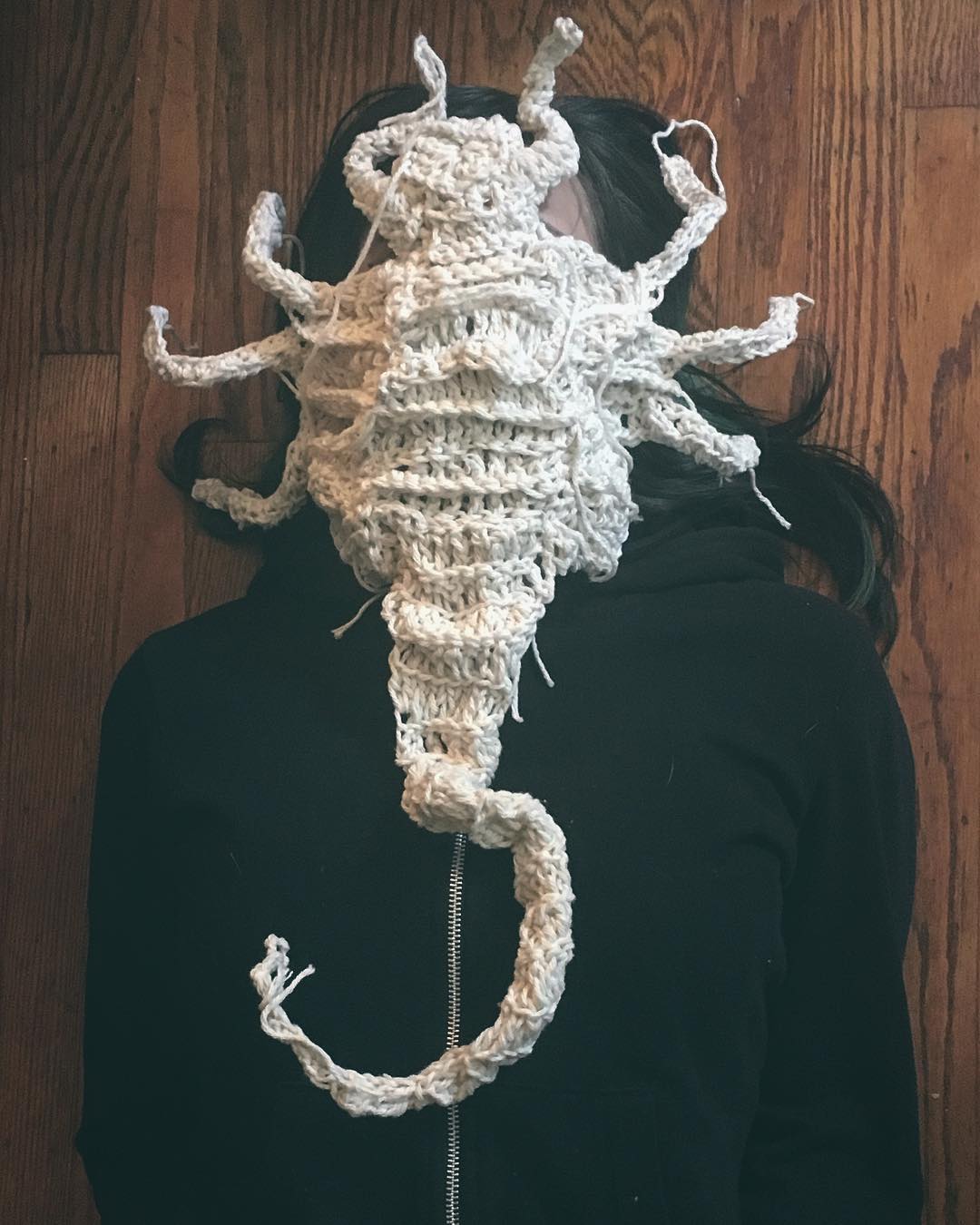 Philadelphia-based artist Caitlin McCormack continues to explore the decay and remains of once-living things in her intricate crochet work. END_OF_DOCUMENT_TOKEN_TO_BE_REPLACED 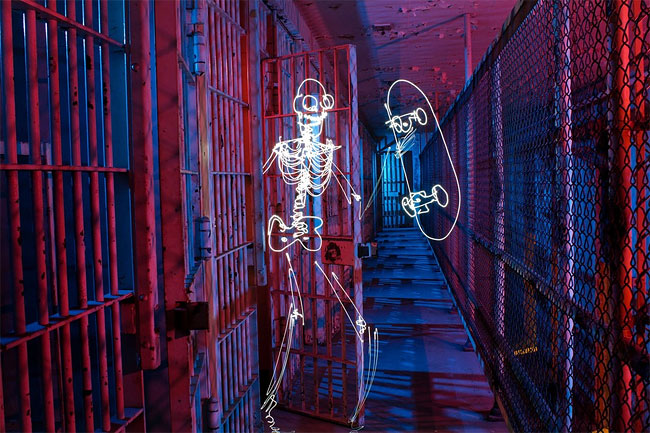 These stunning light art pictures of skateboarding skeletons were created by Darren Pearson from Los Angeles. He works as a full time illustrator by day and by night he explores the varying landscapes of California in search of the perfect scene for his light-sculptures. Pearson makes complex light-effect photographs, none of which are photoshopped. He describes the work as location-based light art. END_OF_DOCUMENT_TOKEN_TO_BE_REPLACED

Skeletons and The Department Of Transportation

The Barbarian Group recently concepted and executed the skeletal warnings signs you may have seen on ny roads. The signs are part of the department of transportation’s ‘that’s why it’s 30’ campaign, an ongoing effort to reduce pedestrian deaths in New York. END_OF_DOCUMENT_TOKEN_TO_BE_REPLACED