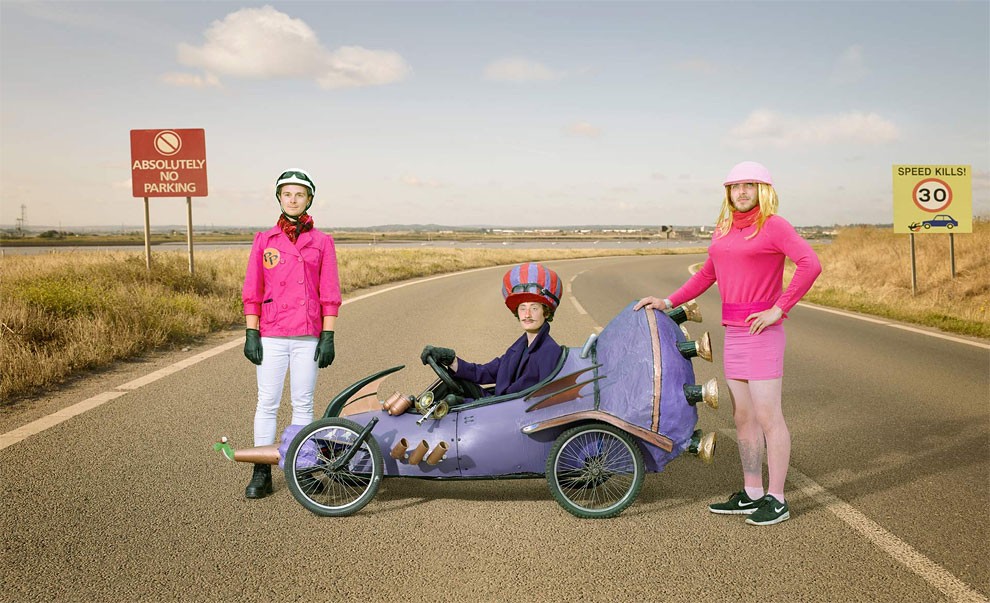 “This summer I photographed the daredevil ‘Soapbox Racers‘ and their homemade gravity powered machines, all taking part at a London Redbull event. In a nutshell they’re thrown down a very steep hill doing their best to navigate a course and stay in one piece at the same time. They reach some serious speeds matched by some serious spills, creating a go-cart graveyard at the bottom of the hill.”, says photographer Alan Powdrill. END_OF_DOCUMENT_TOKEN_TO_BE_REPLACED 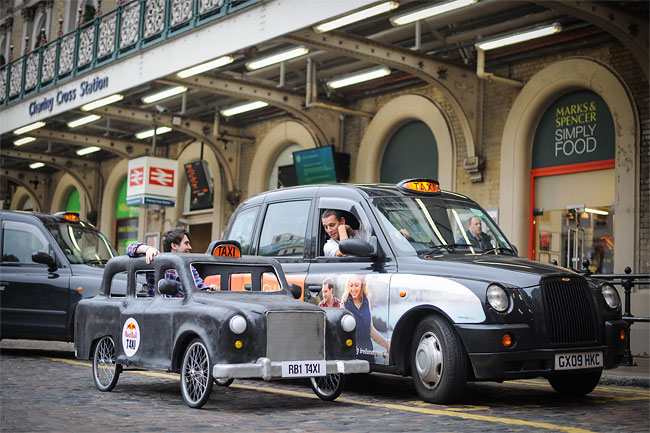 Red Bull racers – soapboxes including a Beatles-inspired yellow submarine, a police car and a black cab are taken for a test drive ahead of the Red Bull Soapbox race at Alexandra Palace, London on 14 July. The vehicles, which each took three weeks to make, are made from BMX bicycle wheels and a steel axel steering mechanism. They were customized using plywood, polystyrene and cardboard tubing, and are covered in coloured plastazote foam with details such as number plates and other branding created using vinyl.

After a nine year hiatus, the world’s wackiest road race returns as 70 human-powered soapboxes compete for glory as part of a festival of music and fun. Entrants include a loaf of bread baked to soapbox size, Elvis’ blue suede shoe and a Royal baby carriage. Off the race track, there will be plenty of action to keep the crowds entertained including face painting, ‘people pit-stops’ and live music from DJs. END_OF_DOCUMENT_TOKEN_TO_BE_REPLACED

The streets of Stockholm, Sweden saw more crashes than usual over the weekend, as a variety of unusual vehicles met their untimely demise. But it was all in fun, as competitors raced their homemade, freestyle designed non-motorized vehicles down a slope in the Soedermalm area of the city in the Stockholm Red Bull Soapbox Race. 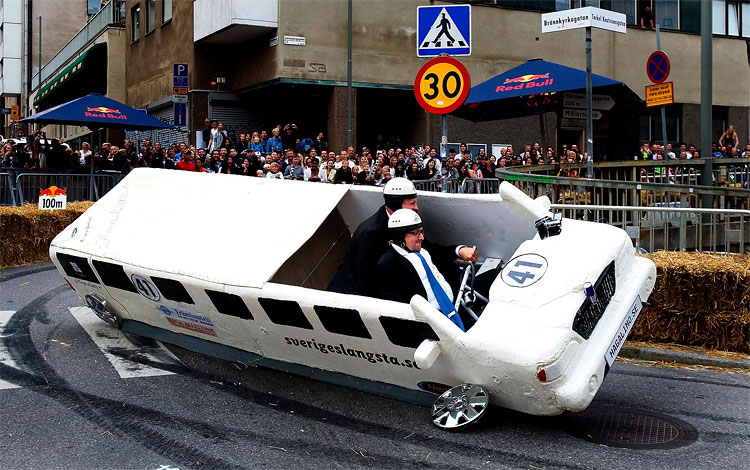