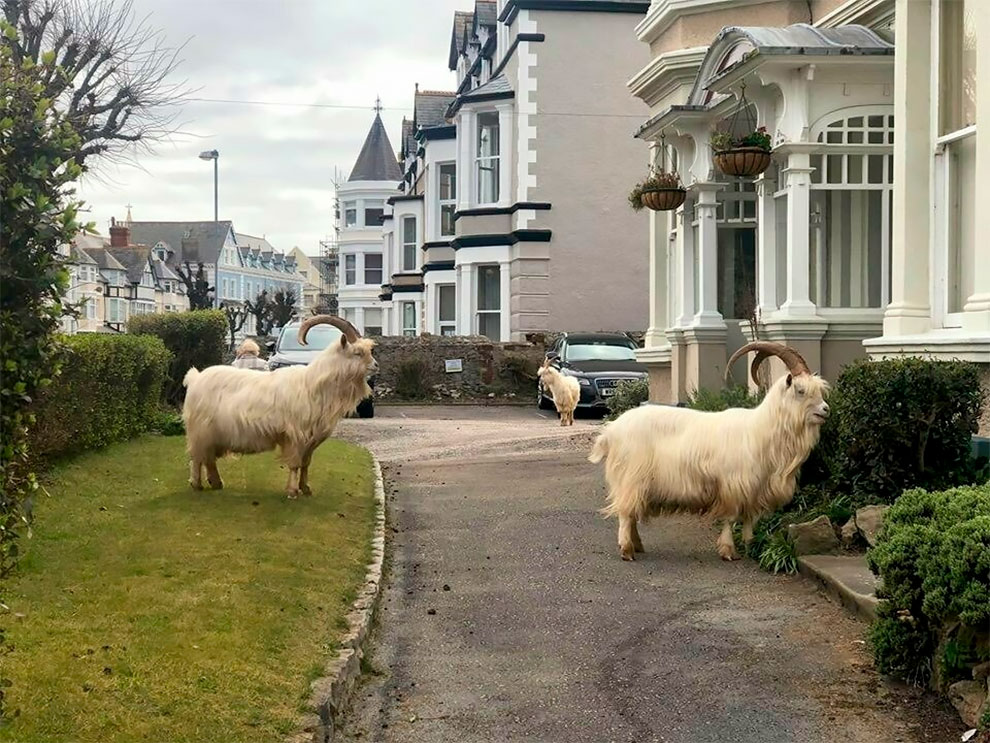 A herd of goats has taken over a deserted town centre, eating hedges and flowers from gardens. Usually, the wild herd of about 122 Kashmiri goats venture from the Great Orme into Llandudno, Wales, England during bad weather. But town councillor Carol Marubbi believes the lack of people around because of coronavirus has drawn them down. END_OF_DOCUMENT_TOKEN_TO_BE_REPLACED 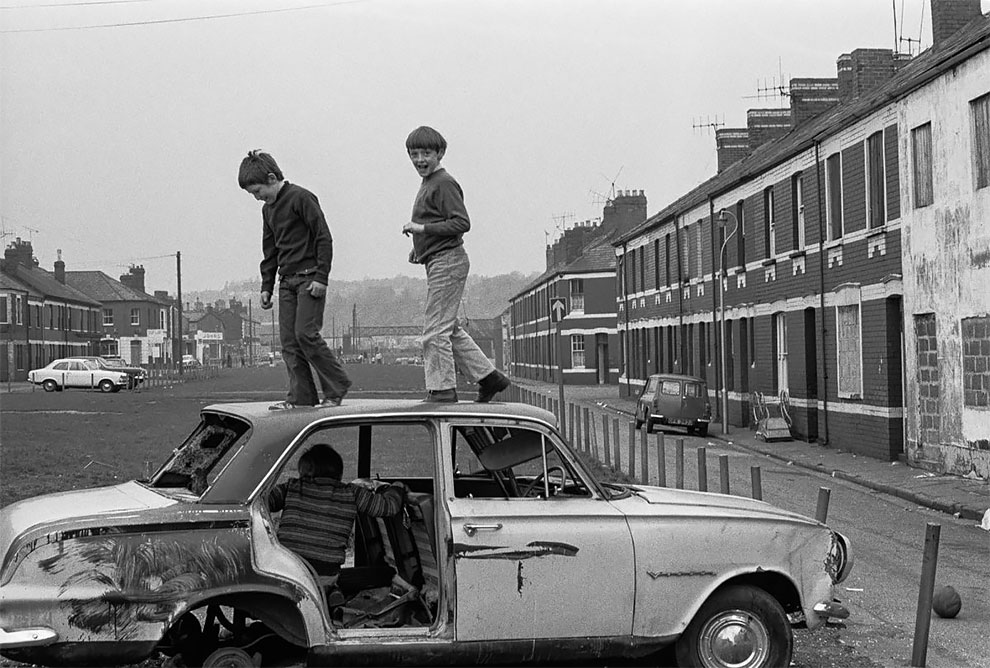 In the 1970s Robin Weaver was a newspaper photographer in South Wales. When he wasn’t covering hard news or local events for his paper, he liked to photograph the people and everyday scenes he came across. For years his photographs remained in his private collection but then, 40 years on, he revisited his old negative files, placing the images in photo libraries and publishing a book which he says is “a portrait of a unique place and time”. END_OF_DOCUMENT_TOKEN_TO_BE_REPLACED 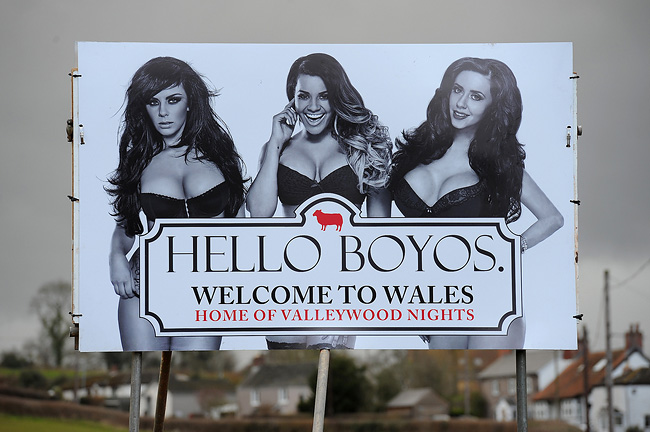 A CHEEKY alternative ‘Welcome to Wales’ sign on the A465 Welsh border has been setting male commuter’s hearts racing. The pop-up billboard, which was installed on Sunday morning (Feb 23), carries the phrase ‘Hello Boyos’ – a cheeky nod to the iconic Wonderbra ads of the mid 90s. Erected by MTV bosses to celebrate the third season of reality TV show The Valleys, which hits TV screens on Tuesday night at 10pm on MTV, the eye-popping sign features three of the show’s biggest stars Natalee Harris, Lateysha Grace and Jenna Jonathan in racy underwear. The striking design is being trialled on the A465 on the Welsh border, but is due to be rolled out at several crossings into Wales later this week in advance of the new series airing. END_OF_DOCUMENT_TOKEN_TO_BE_REPLACED 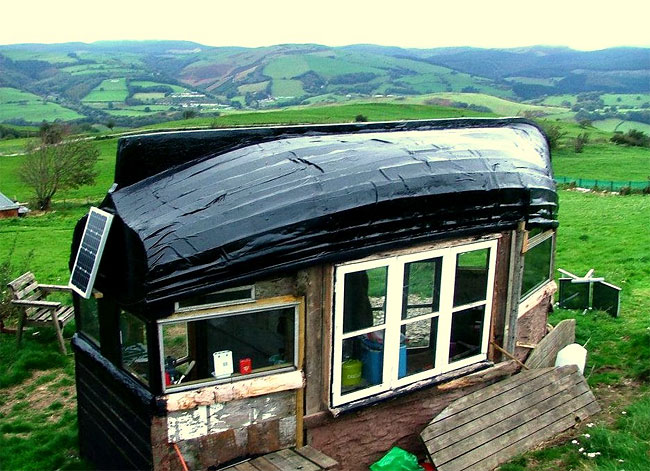 Boat Roofed shed is Owned by sheddie: Alex Holland. The roof is an upturned boat! It is located at an altitude of 750ft above sea level in the Cambrian Mountain range near Machynlleth in mid Wales. It is full of nautical nonsense befitting a boat turned upside down up a mountain! It has a 20w solar panel trickle feeding a leisure battery which powers 3 pairs of ultra-brite L.E.D. lights and a 12v sound system. There is a 12v/gas refrigerator and a bottled gas cooker with 2 burners, a grill, and an oven.

Also has a small ‘Belfast sink’ plumbed in. It is heated by a 19th century French enamel wood burning stove. The chimney is an old king pole from a circus big top that used to house elephants know as ‘The elephant shed’! The shed is made completely from recycled materials except for the 12v system. 3 sets of chimes from inside mantelpiece clocks have been screwed into the centre board of the boat and you can play them with a big nail. END_OF_DOCUMENT_TOKEN_TO_BE_REPLACED