A CHEEKY alternative ‘Welcome to Wales’ sign on the A465 Welsh border has been setting male commuter’s hearts racing. The pop-up billboard, which was installed on Sunday morning (Feb 23), carries the phrase ‘Hello Boyos’ – a cheeky nod to the iconic Wonderbra ads of the mid 90s. Erected by MTV bosses to celebrate the third season of reality TV show The Valleys, which hits TV screens on Tuesday night at 10pm on MTV, the eye-popping sign features three of the show’s biggest stars Natalee Harris, Lateysha Grace and Jenna Jonathan in racy underwear. The striking design is being trialled on the A465 on the Welsh border, but is due to be rolled out at several crossings into Wales later this week in advance of the new series airing. 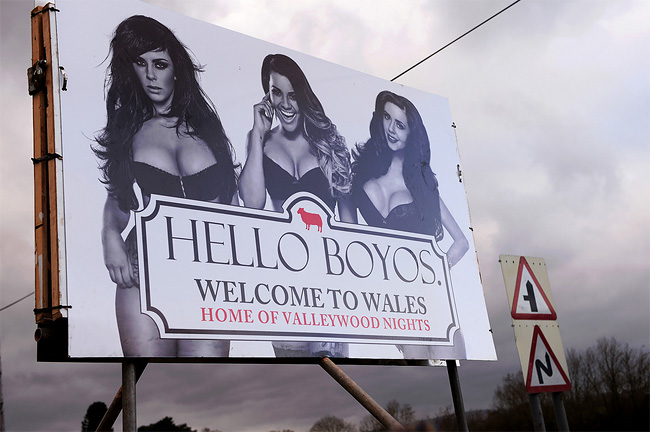 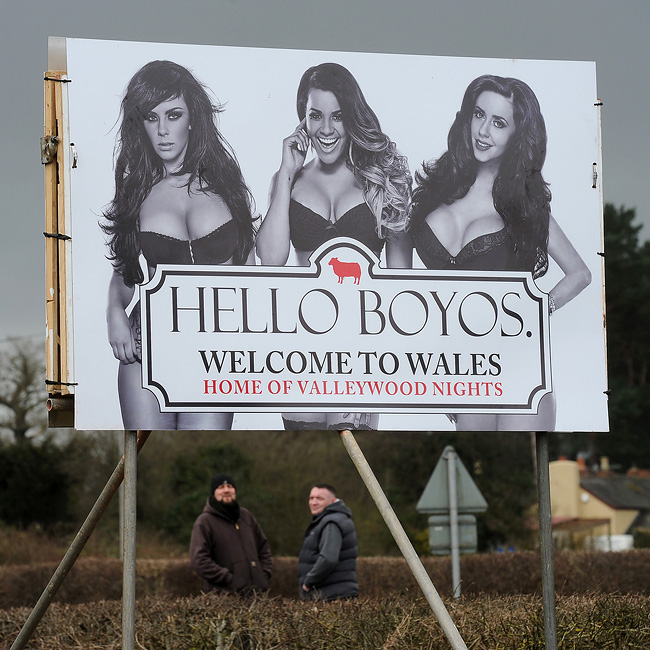 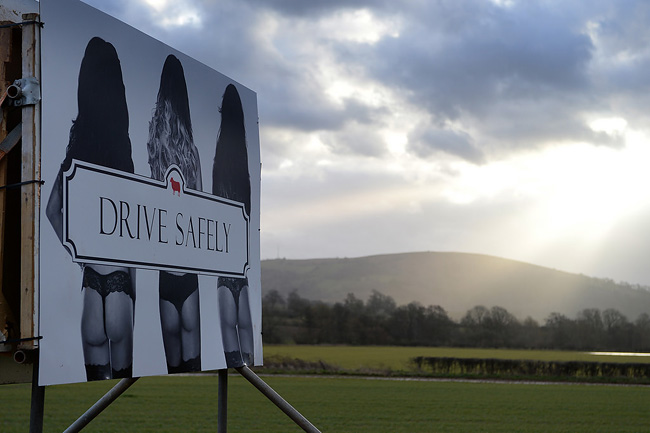 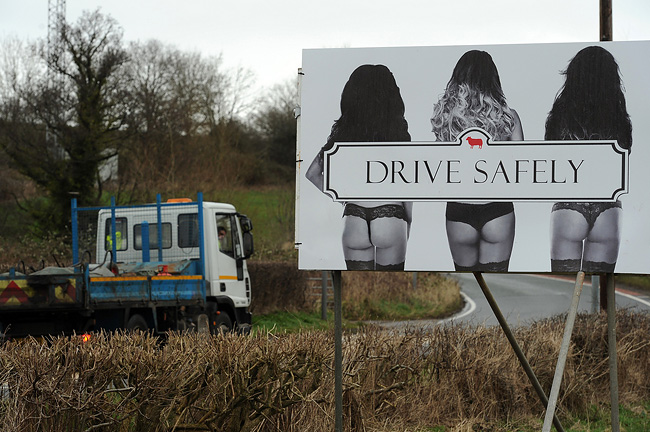 Via. Photos by Dan Rowley.