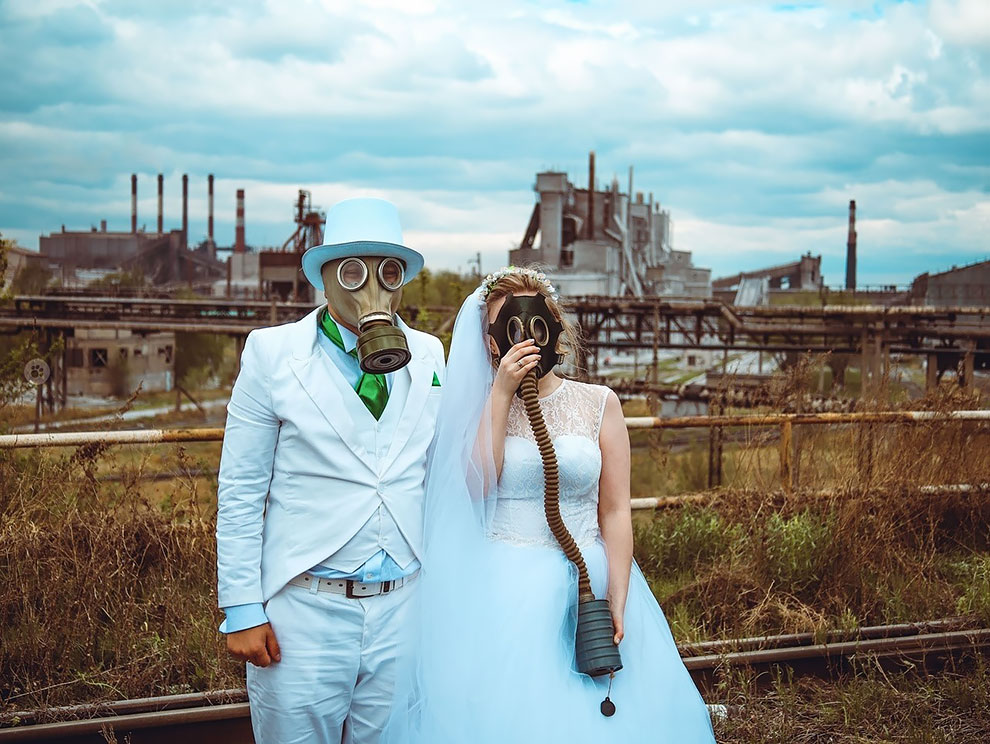 Most brides are keen to look their best on their big day — but this lovestruck couple took their matrimonial garb to a new extreme in Russia. The couple, Daria and Roman Kazak, added gas masks to the more traditional wedding outfits before posing for a number of shots around the Chelyabinsk, a big industrial city in Russia. END_OF_DOCUMENT_TOKEN_TO_BE_REPLACED 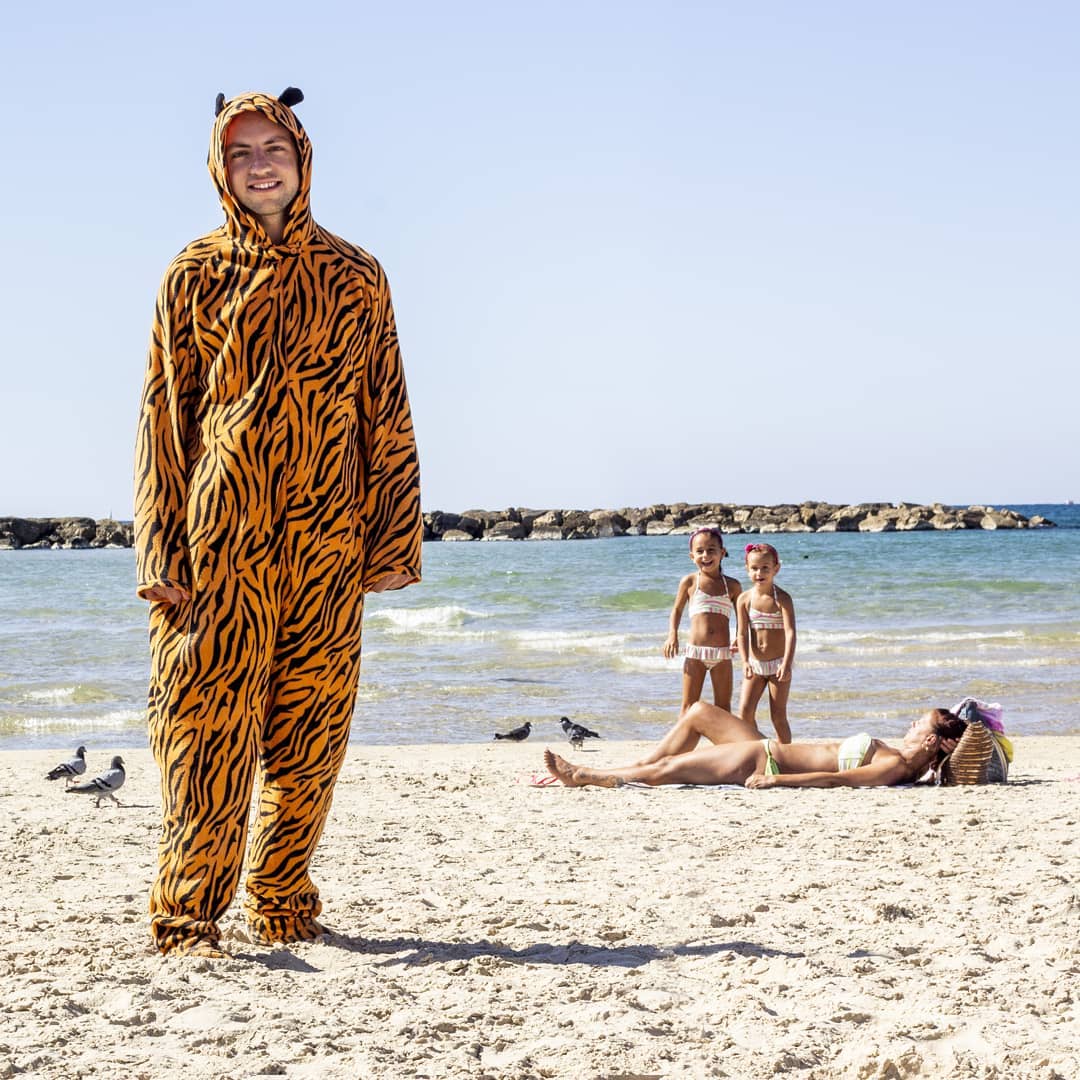 According to Yogli, an Israeli photographer: “I’m a photographer and filmmaker based in Tel-Aviv. I have a deep love of capture the random moments of life, either as a film or as a photo. I believe that a good photo must tell a story or give you a glimpse into someone’s life, and I try to just that with my photography. END_OF_DOCUMENT_TOKEN_TO_BE_REPLACED

Ride Like An Animal While Wearing Ultra-Realistic Animal Ski Mask 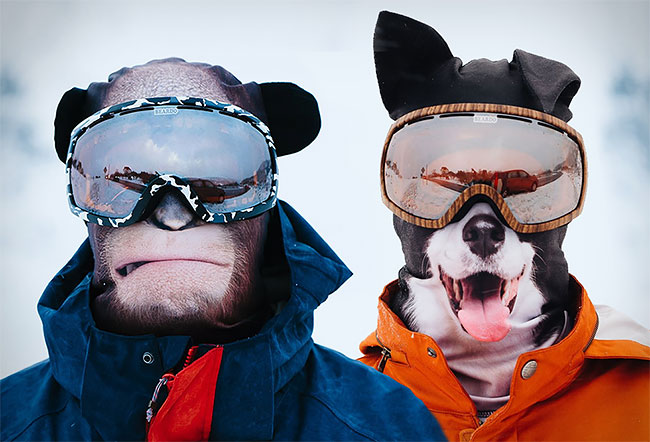 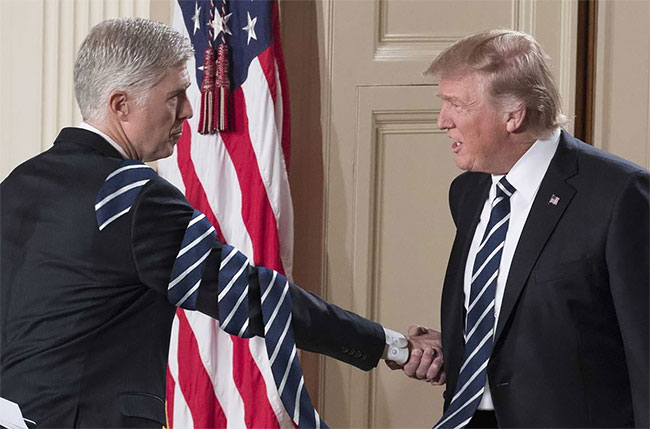 So apparently someone is increasing Trump’s Ties. The recently created Twitter profile @TrumpsTies is taking over Twitter with manipulated images of Trump and his extravagant ties. END_OF_DOCUMENT_TOKEN_TO_BE_REPLACED 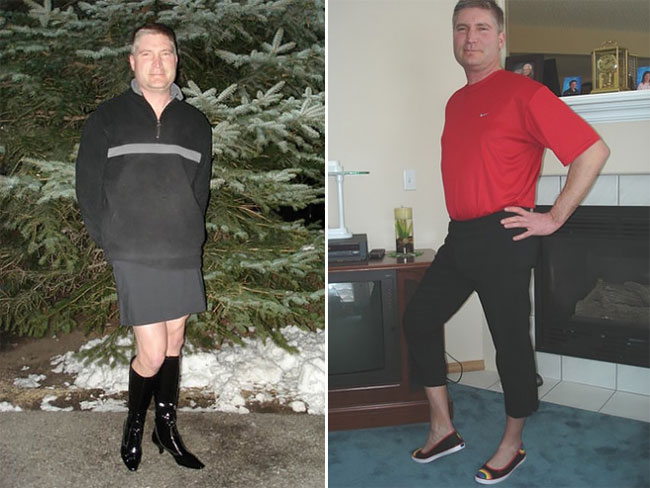 Women are not the only shoe lovers in the world. This man enjoys wearing high heels, sneakers, platform shoes, etc. I have no idea what shoe size he wears, but he seems to find all possible shoes that fit him. Look how happy he is on these pictures END_OF_DOCUMENT_TOKEN_TO_BE_REPLACED

David Allegretti and his mate Sean conducted a little experiment, and they were shocked by the results. They bought a few hi-vis vests and then they put them to the tests. They used the vests to enter restricted areas, and they quickly discovered that no one questions people when they’re wearing one of these vests. 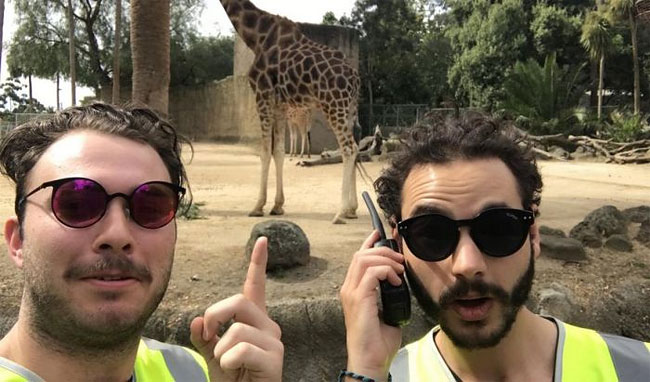 David Allegretti and his mate Sean decided to see how far they could get by wearing official-looking hi-vis vests. END_OF_DOCUMENT_TOKEN_TO_BE_REPLACED

Cats Wearing Hats Made By his Owner From Their Own Hair 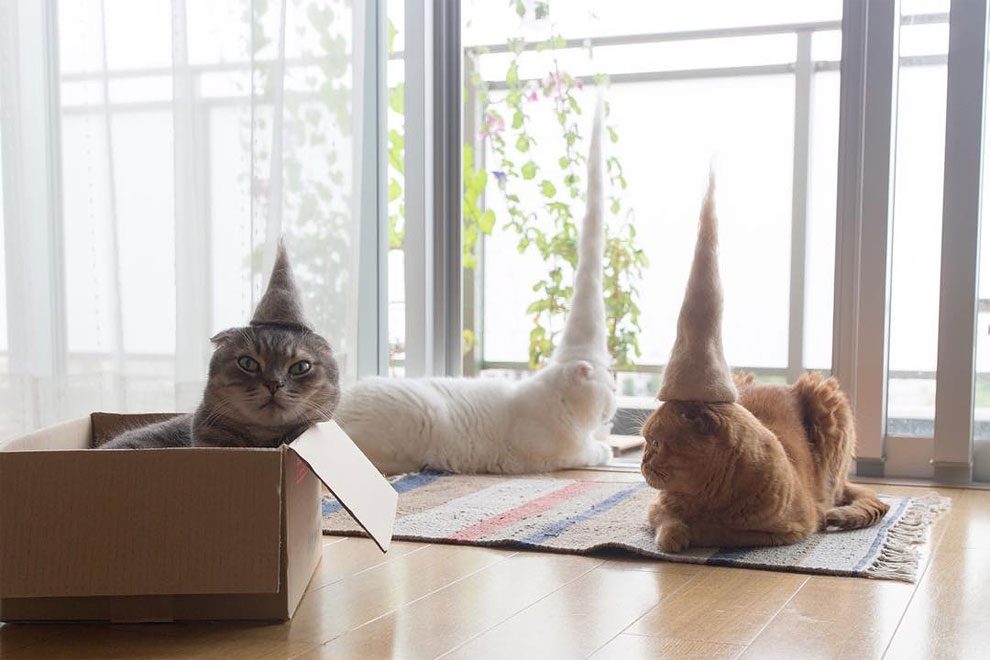 Japanese photographer Ryo Yamazaki makes hats from the hair his cats shed, and they are beautiful! END_OF_DOCUMENT_TOKEN_TO_BE_REPLACED 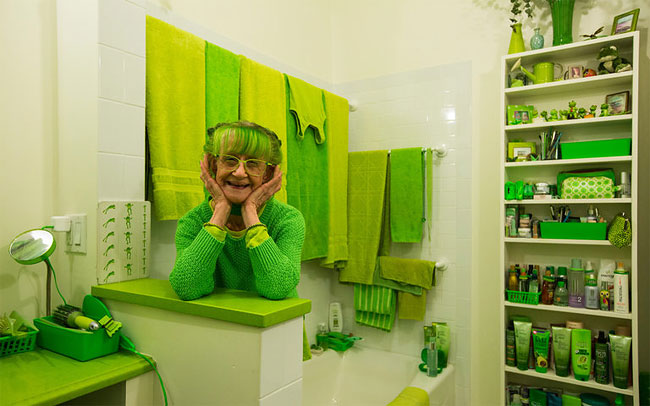 For the last 20 years, Elizabeth Eaton Rosenthal, a.k.a. Elizabeth Sweetheart, a fine artist in Brooklyn, New York, has been dressing from head to toe in various shades of green. To her, green is the happiest, most positive color in the world, so she can’t imagine wearing anything else. END_OF_DOCUMENT_TOKEN_TO_BE_REPLACED 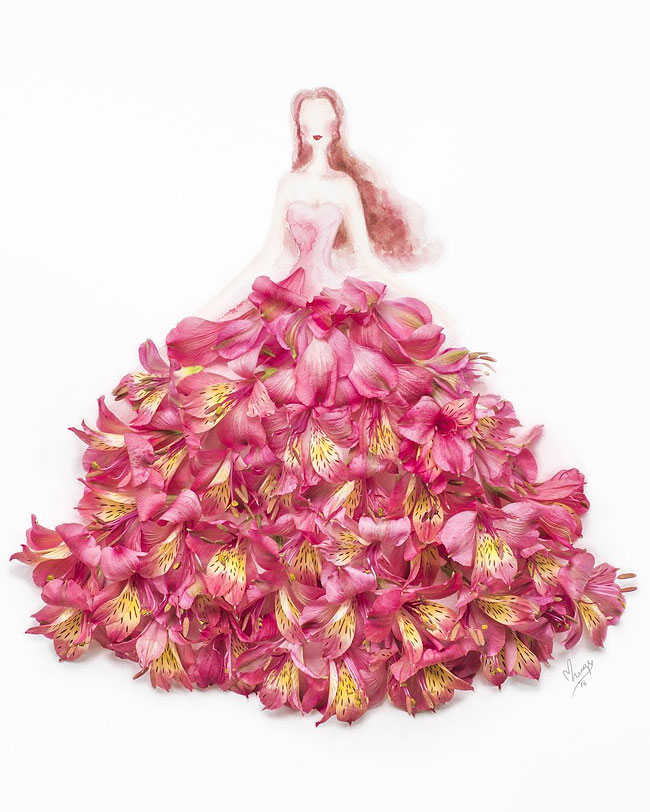 Malaysian artist Lim Zhi Wei creates beautiful series of illustrations blended with real flower petals. Her series titled “Flower Girls” is a delicate collection of graceful female form gorgeously layered dresses and gowns made out of everything from orchids, roses, and leaves. The series began when the artist made a birthday gift for her grandmother. END_OF_DOCUMENT_TOKEN_TO_BE_REPLACED 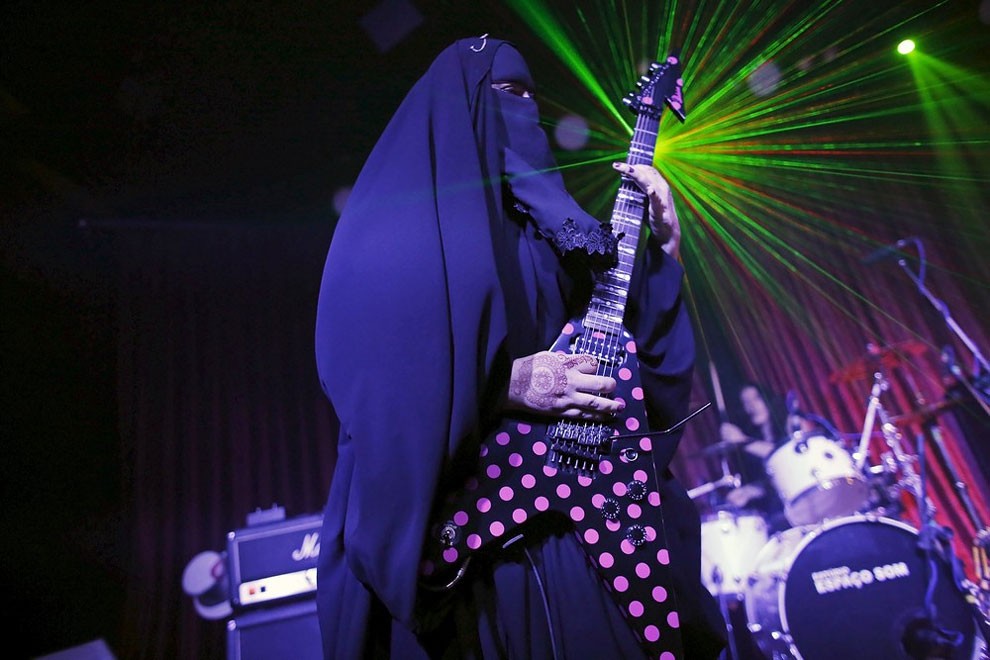 Gisele Marie, a Muslim woman and professional heavy metal musician, plays her Gibson Flying V electric guitar during a concert in Sao Paulo December 16, 2014. Based in Sao Paulo, Marie, 42, is the granddaughter of German Catholics, and converted to Islam several months after her father passed away in 2009. Marie, who wears the Burka, has been fronting her brothers’ heavy metal band “Spectrus” since 2012. “People do not expect to see a Muslim woman who uses a Burqa, practices the religion properly and is a professional guitarist who plays in a Heavy Metal band, so many people are shocked by it. But other people are curious and find it interesting, and others think that it is cool, but definitely, many people are shocked”, said Marie. (Photo by Nacho Doce/Reuters)
END_OF_DOCUMENT_TOKEN_TO_BE_REPLACED 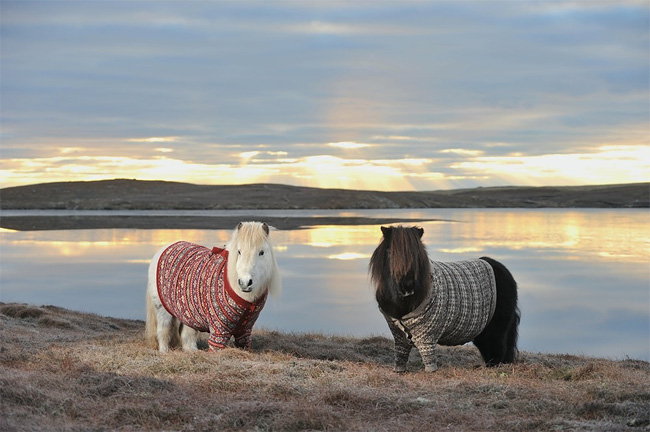 Photo of the Day: Wearing the Same Tank Top and Shirt for 40 Years 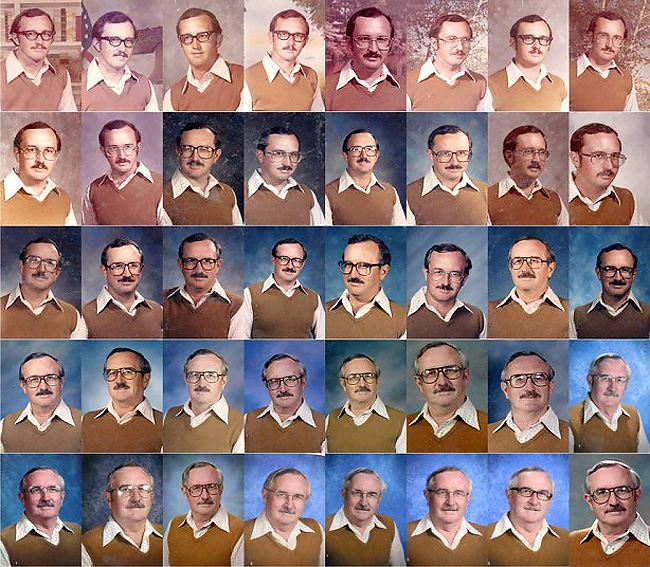 American Teacher Dale Irby has become an Internet sensation after school photos of him wearing the same tank top and shirt for 40 years went viral. Dale Irby, 63, accidentally wore the same brown v-necked tank top and big-collared disco shirt for two consecutive school photos from 1973. When he realised what he had done, wife Cathy dared him to repeat it for the third-year running. The PE teacher kept up the joke and for the past 40 years staff and pupils have eagerly awaited his arrival at school for the annual photo. (Dallas Morning News / SWNS.com) 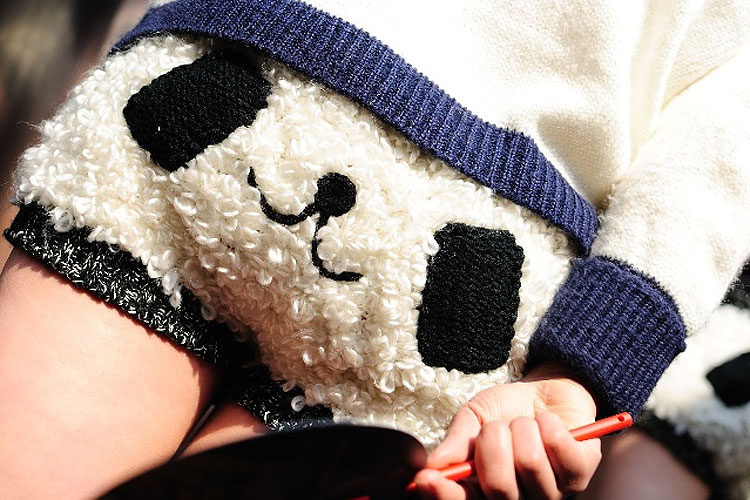 What is performance art? It refers to artists using reality itself to create a performance. Recently, photographs of a group of seven “panda girls” wearing panda shorts with the “Mo Jie 2” (a MMORPG) panda have been circulating on various large websites and microblogs, with performance art once again melting into marketing. END_OF_DOCUMENT_TOKEN_TO_BE_REPLACED