Carefully hanging over the edge, a large mantis climbs over the lip of a fishbowl, waiting to grab a goldfish. The extraordinary moment was captured on camera by wildlife photographer Scott Cromwell in the US. (CFP) 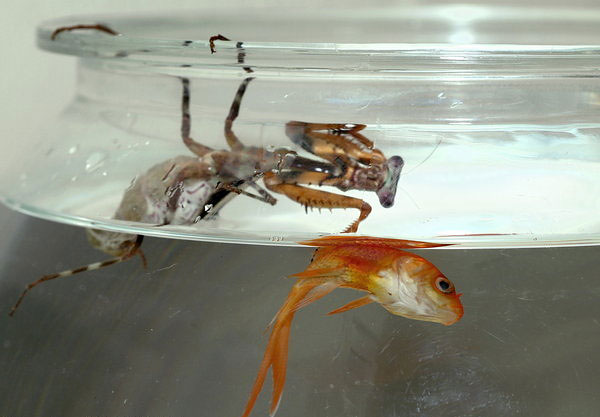 The large mantis tries to grab a goldfish from a fishbowl. (CFP) 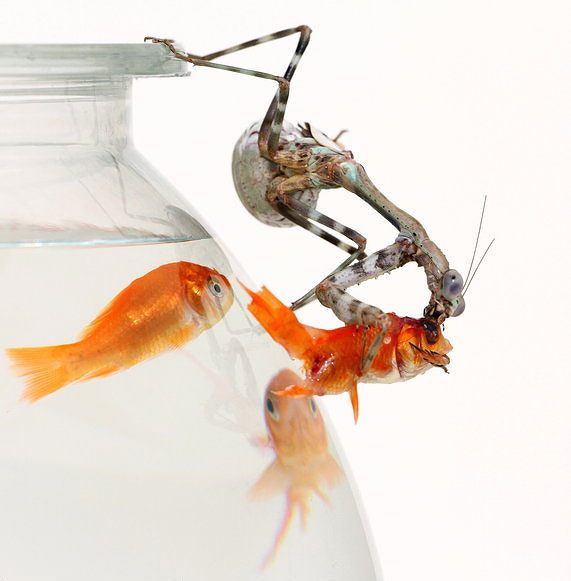 The large mantis eats a goldfish after grabbing it from a fishbow. (CFP)