Ariel, the three-year-old, 140-kilogram lion is the focus of an Internet campaign to raise money needed to treat the paralysis that struck him a year ago, depriving him of the use of his four legs. 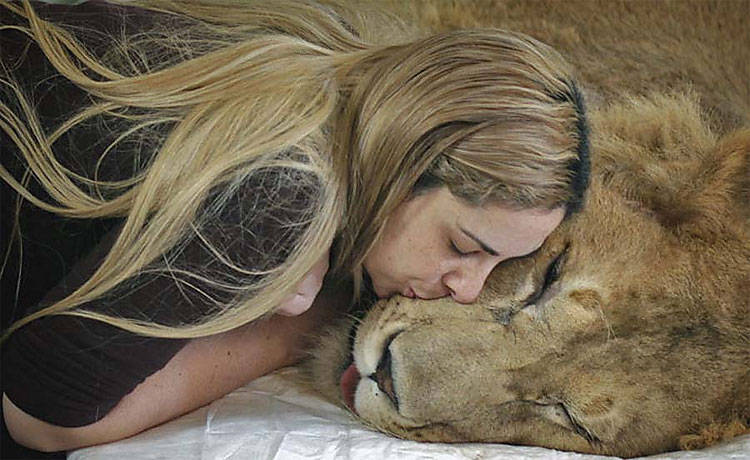 Veterinarian Livia Pereira kisses paralyzed lion Ariel who she is caring for in her home in Sao Paulo, Brazil (Andre Penner/AP)

Veterinarian Livia Pereira and Ariel’s owner, Raquel Borges, said the $11,500 needed every month to pay for Ariel’s treatment comes from donations from nearly 35,000 people who have clicked the “like” button on Ariel’s Facebook page. 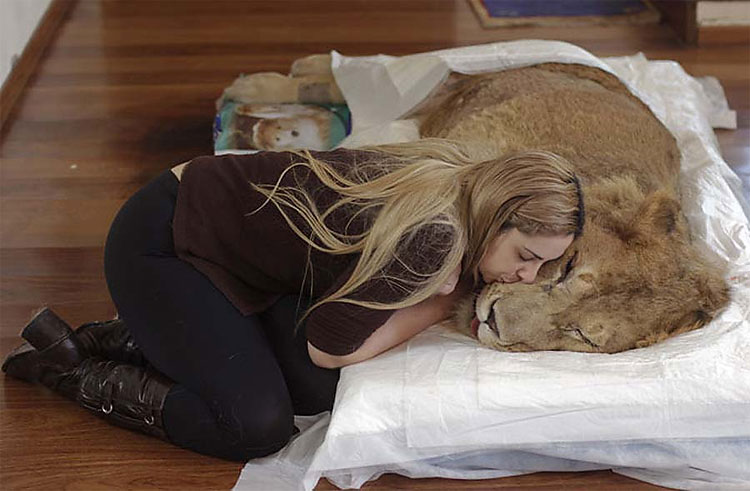 Pereira, who is caring for Ariel at her home, said that for unknown reasons, the lion’s white blood cells are attacking his healthy cells due to a degenerative disease affecting his medulla, a portion of the brainstem involved in motor functions.

Ariel’s symptoms are similar to those of multiple sclerosis, Parkinson’s disease and Guillain-Barre syndrome, an autoimmune disorder that can cause paralysis, Pereira said.

A team of Israeli veterinary neurologists recently gave the lion tests that the women hope will tell what degenerative disease is involved. Results are expected toward the end of this month. 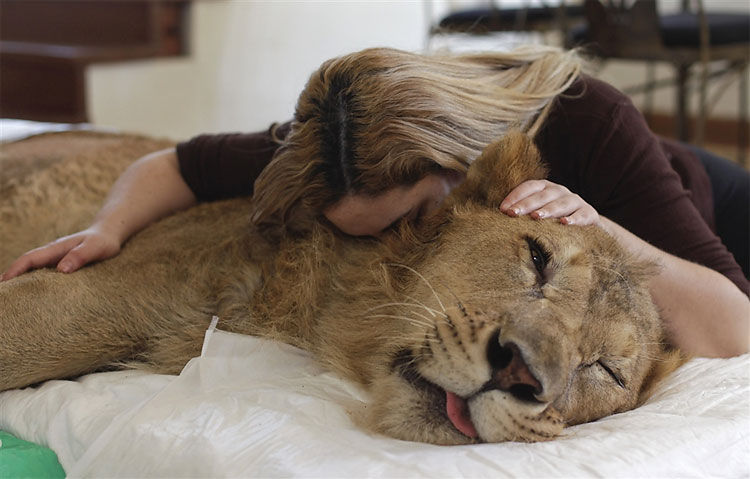 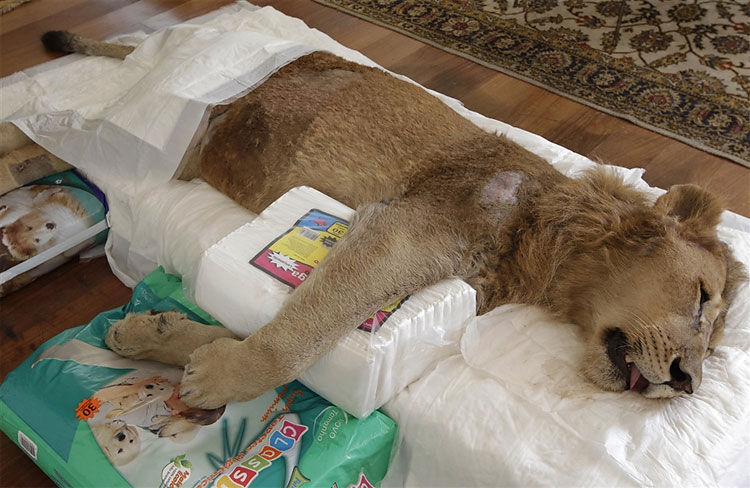 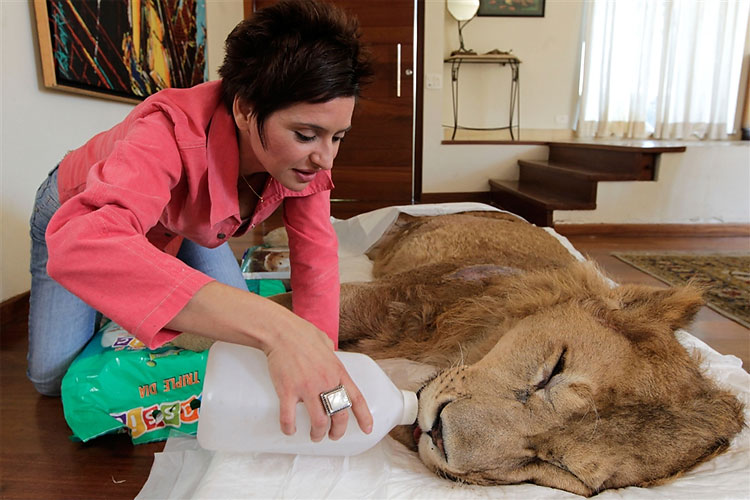 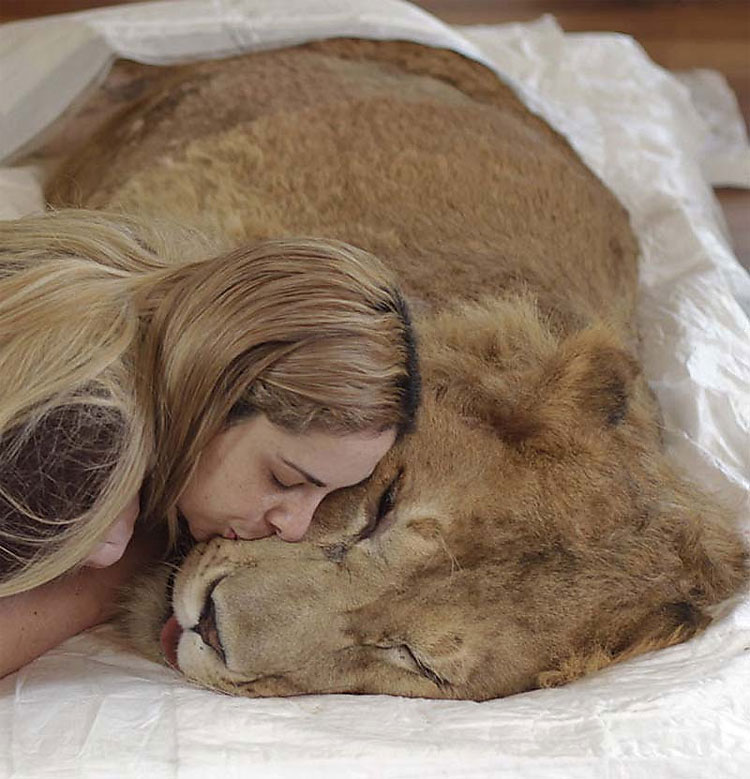 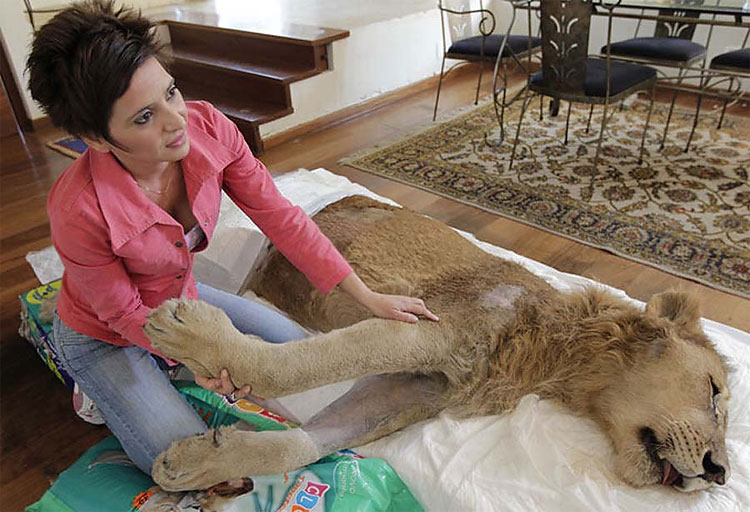 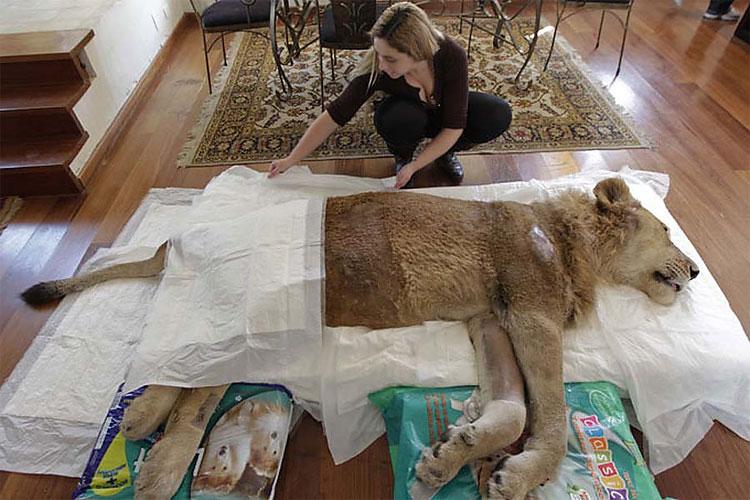