Photo of the Day: Nice to Meet You 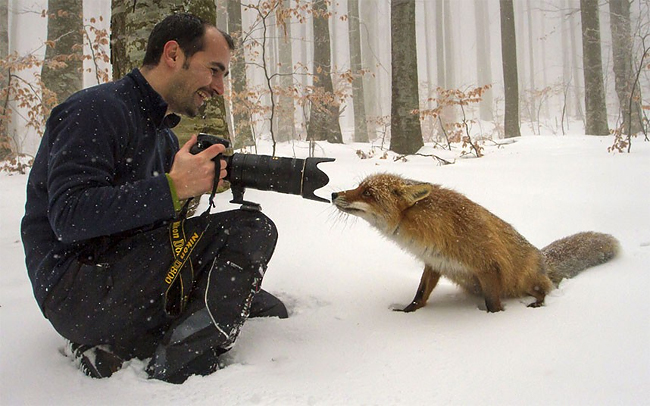 Photographer Dan Dinu had a close encounter with a curious fox that was definitely ready for its close-up. Luckily his pal Cristian Goga was able to snap the moment. Dan was making his way to St Ana Lake in central Romania when he encountered the male fox. Dan says: The behaviour is due to the fact that it has been raised by a forest ranger, therefore it was used to people. Yet, it is not right to encourage such a behaviour, as animals must remain wild. It cannot be sure that next time, instead of looking at a camera, it will not look into a rifle. (Dan Dinu/Cristian Goga/Rex Features)