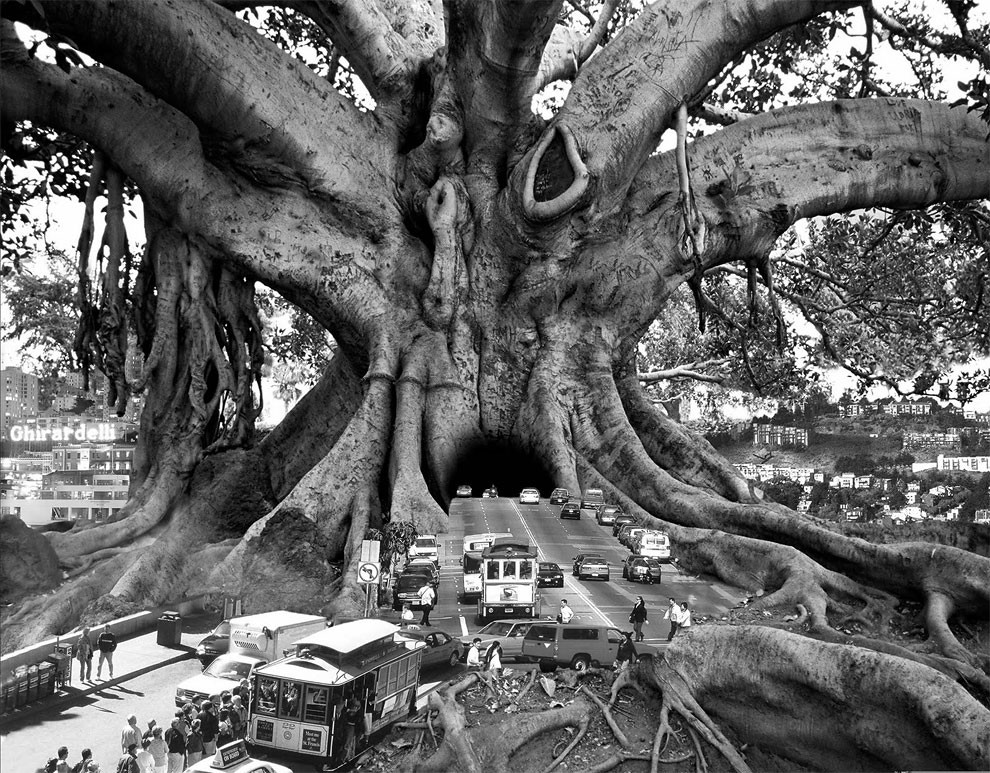 Thomas Barbèy grew up in Geneva, Switzerland, across the street from the “Caran D’ache” factory, the largest manufacturer of art supplies. He started drawing seriously at the age of 13, using black “encre de Chine” and gouaches for color. His influences were Philippe Druillet, Roger Dean and H.R. Giger. 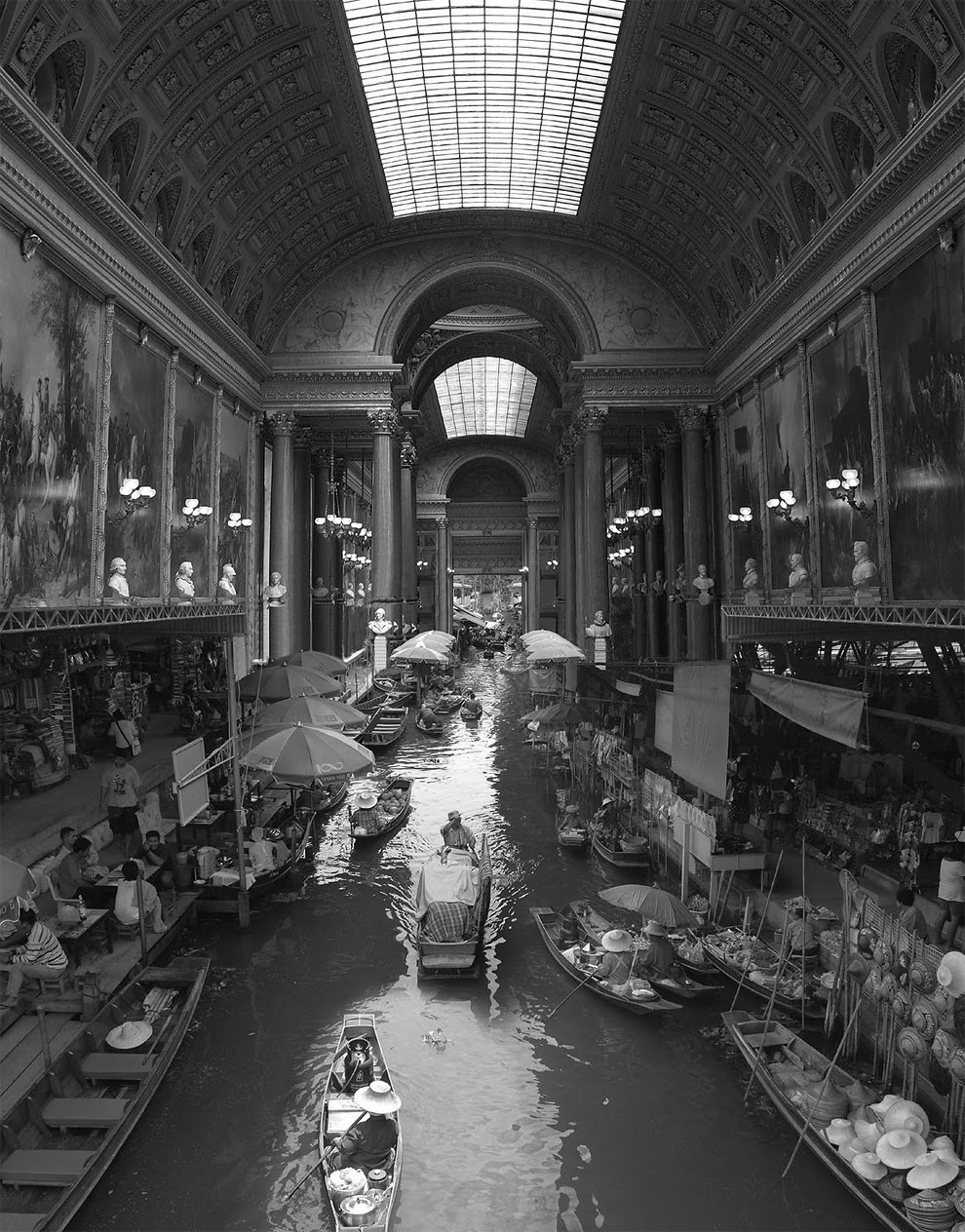 After living in Geneva for 17 years and designing posters for musical bands, he decided to move to Italy. Thomas lived in Milan for 15 years making a living as a successful recording artist, lyricist and fashion photographer. Today, he resides in Las Vegas and travels the world, taking his camera wherever he goes. 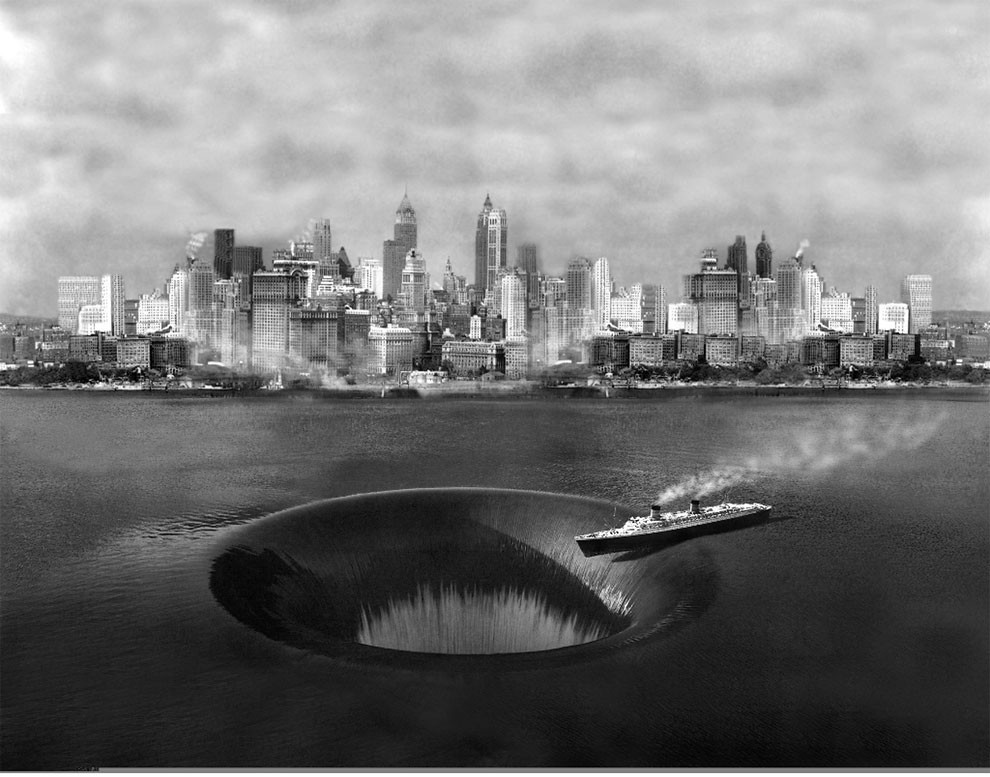 Thomas has been a photographer for over twenty years now and prefers to use his old Canon AE1s when he shoots in 35mm or his RB67 when he shoots in medium format. More recently, he has been doing Black and White Photomontages for the sole purpose of doing Fine Art, without working for a specific client. He’s combined several images taken over a period of twenty years to create surreal situations with the help of the enlarger in a dark room. His work has a specific style and is very characteristic. He only works with Black and White, including Sepia toning at times. Thomas exhibits in galleries throughout the world and is included in many private collections. 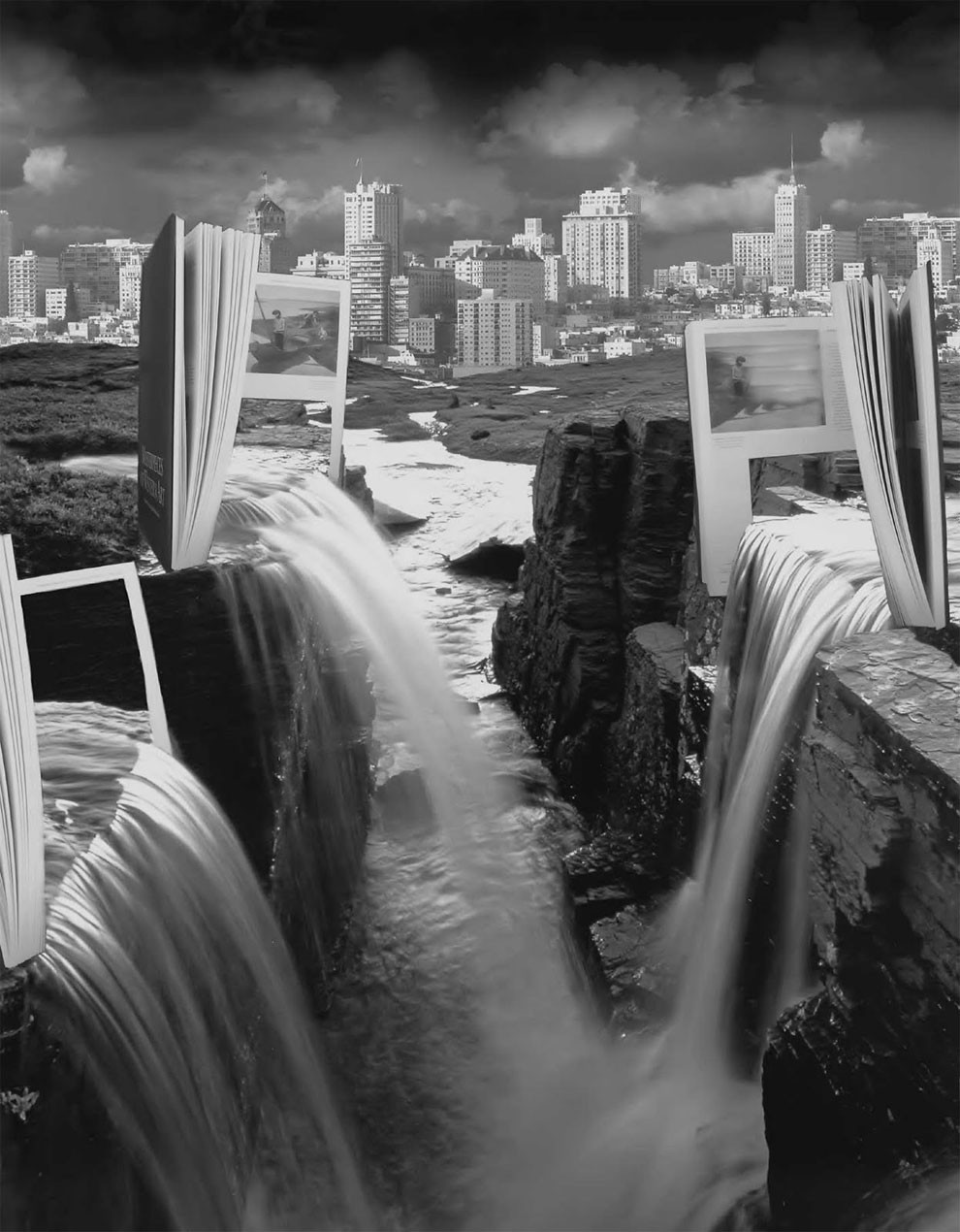 “The inspiration for my work comes from many years of traveling all over the world, everyday life, and from some of my favorite artists, such as Rene Magritte, M.C. Escher or Roger Dean. I bring my Mamiya RB 67 or several old Canon AE-1s wherever we go to shoot my photographs.The process of my montage starts with concept. It is then followed by the exposure and selection of the negatives. The design is then created by carefully choosing printing procedures as combination printing; sandwiching negatives together; thereby printing them simultaneously; pre-planned double exposure in the camera; the re-photographing of collaged photographs; and/or a combination of the above.”, Thomas says of his work. 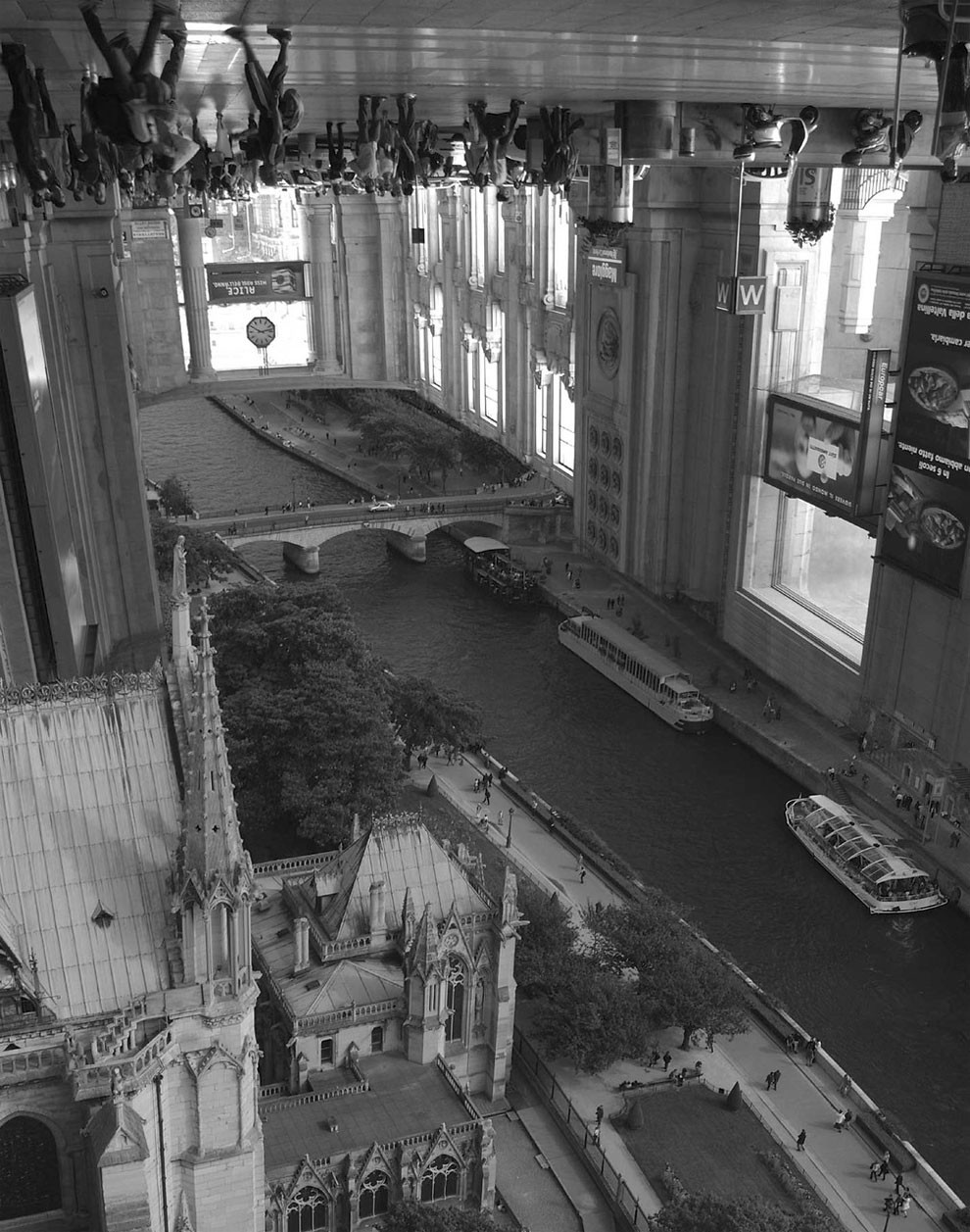 “I sometimes retouch and/or airbrush the collages before re-photographing them from above with a special contraption to hold the camera in place. I then make a master negative to make a limited edition of prints. Although constantly asked about how I do them, I would like to think that the pictures can be appreciated without any real knowledge of their technical virtuosity. The visionary inspiration and imagination is not a technical skill learned in school but rather to my personal belief, a gift from God. This is the only way I can explain the source of any idea I may have during the creation process.”, he added. 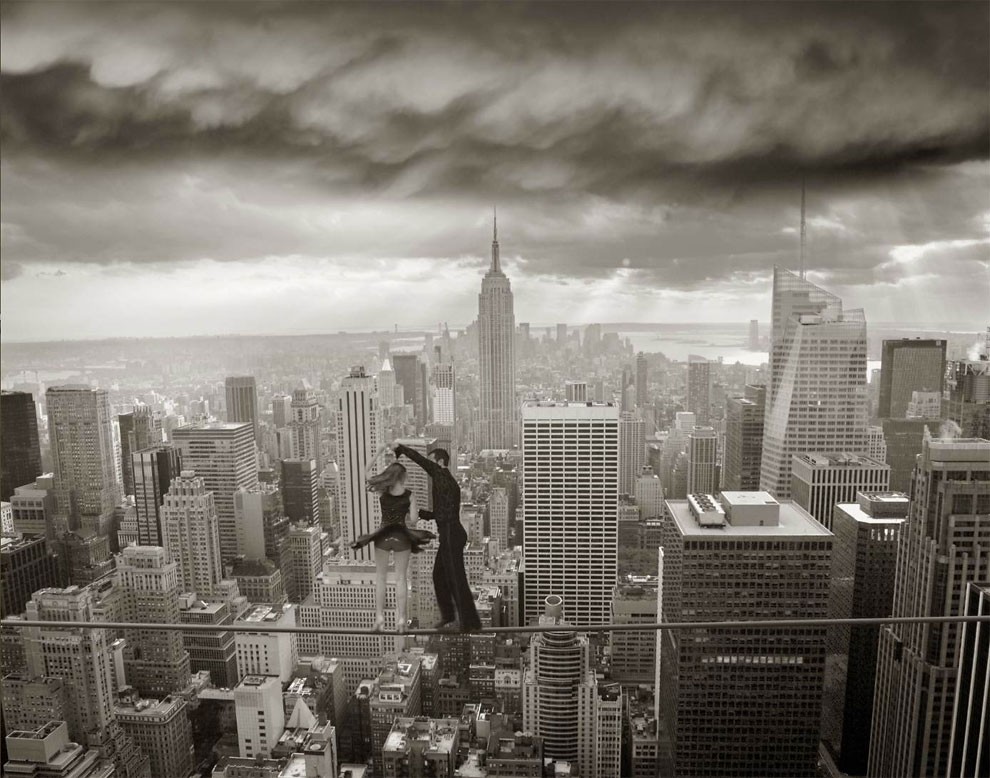 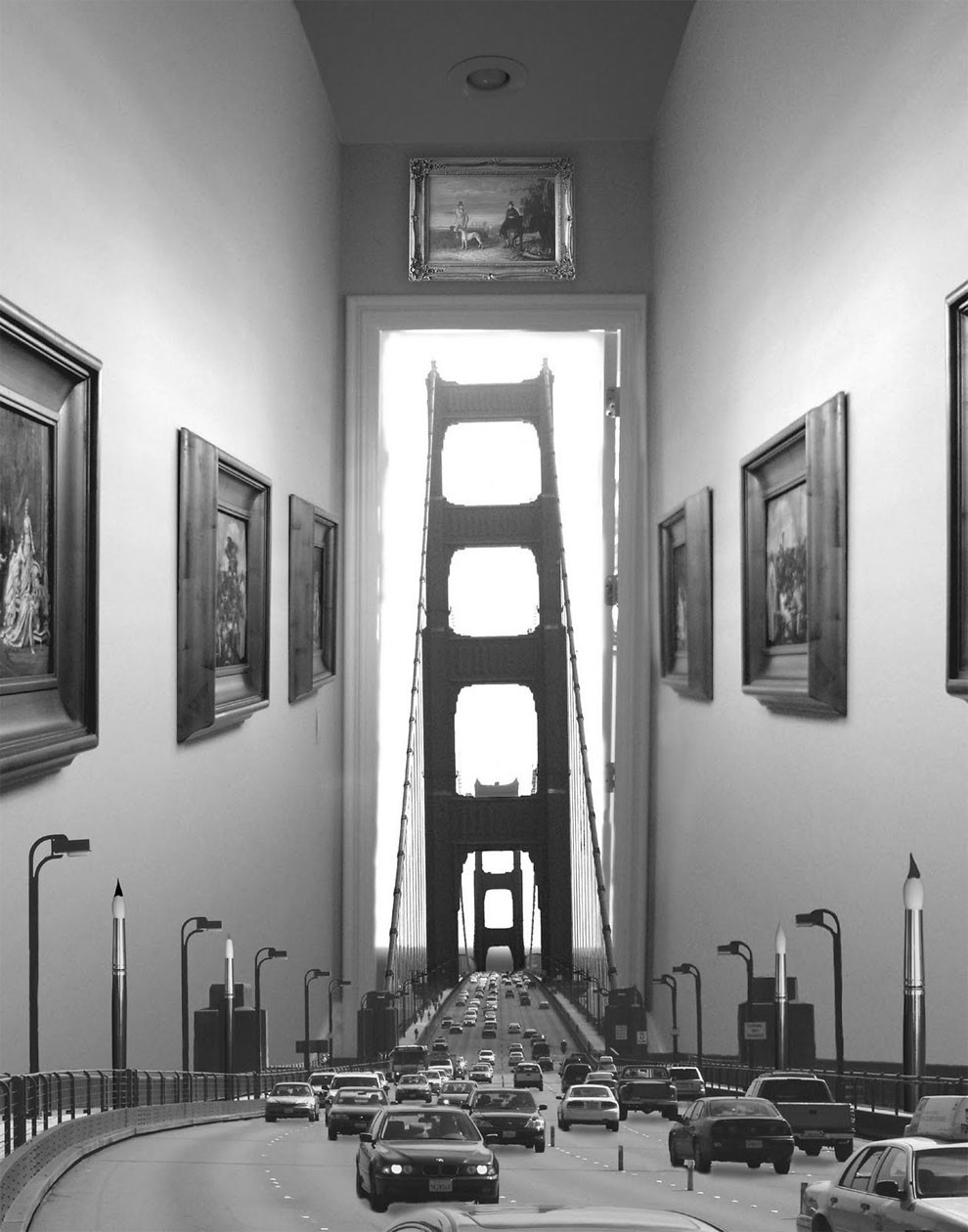 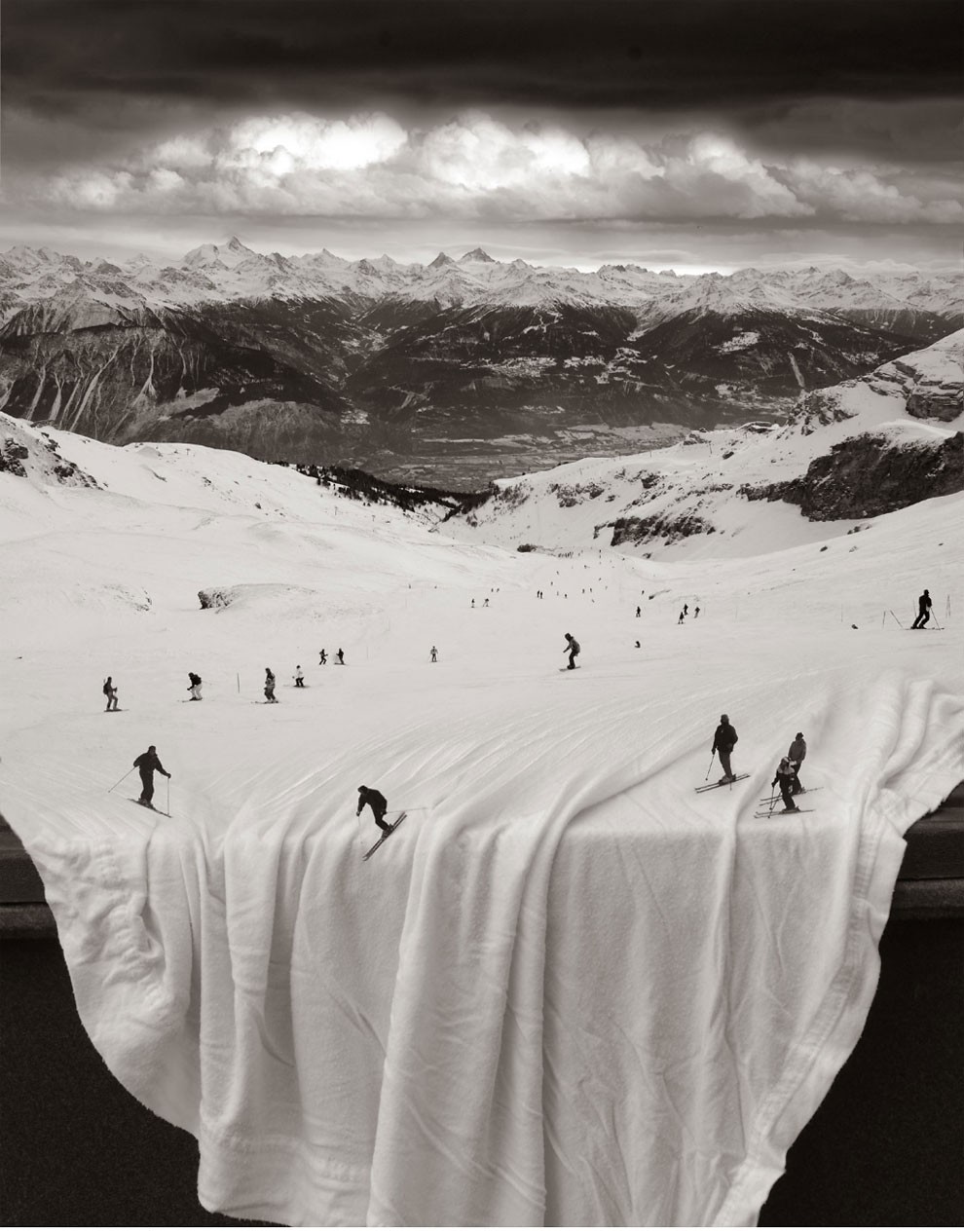 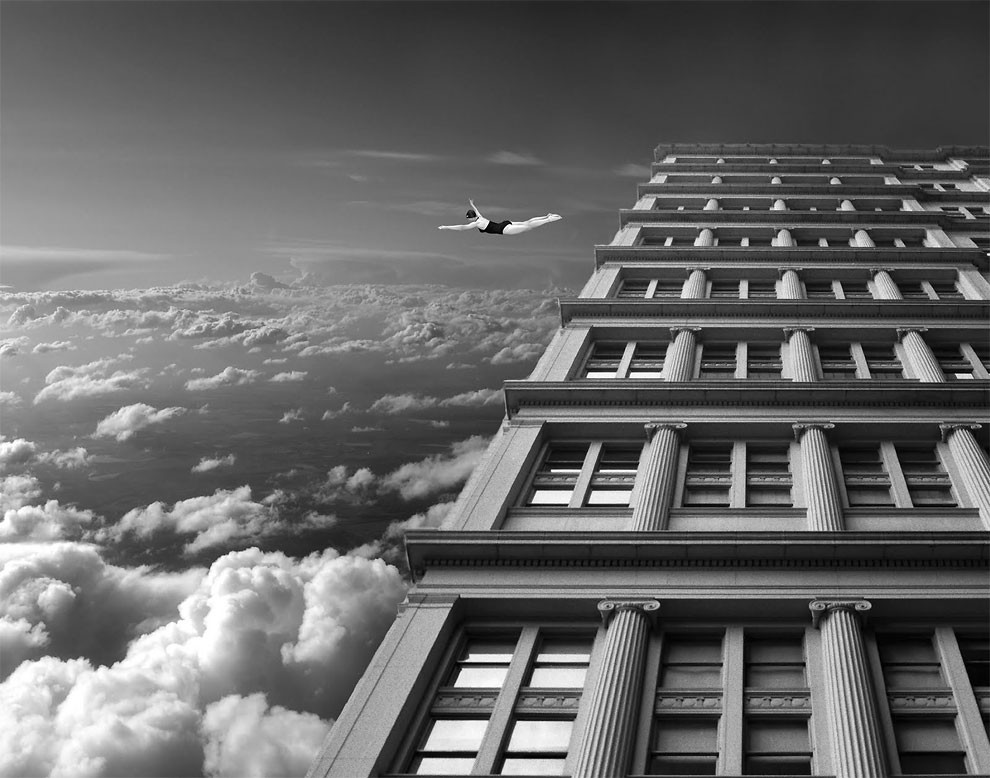 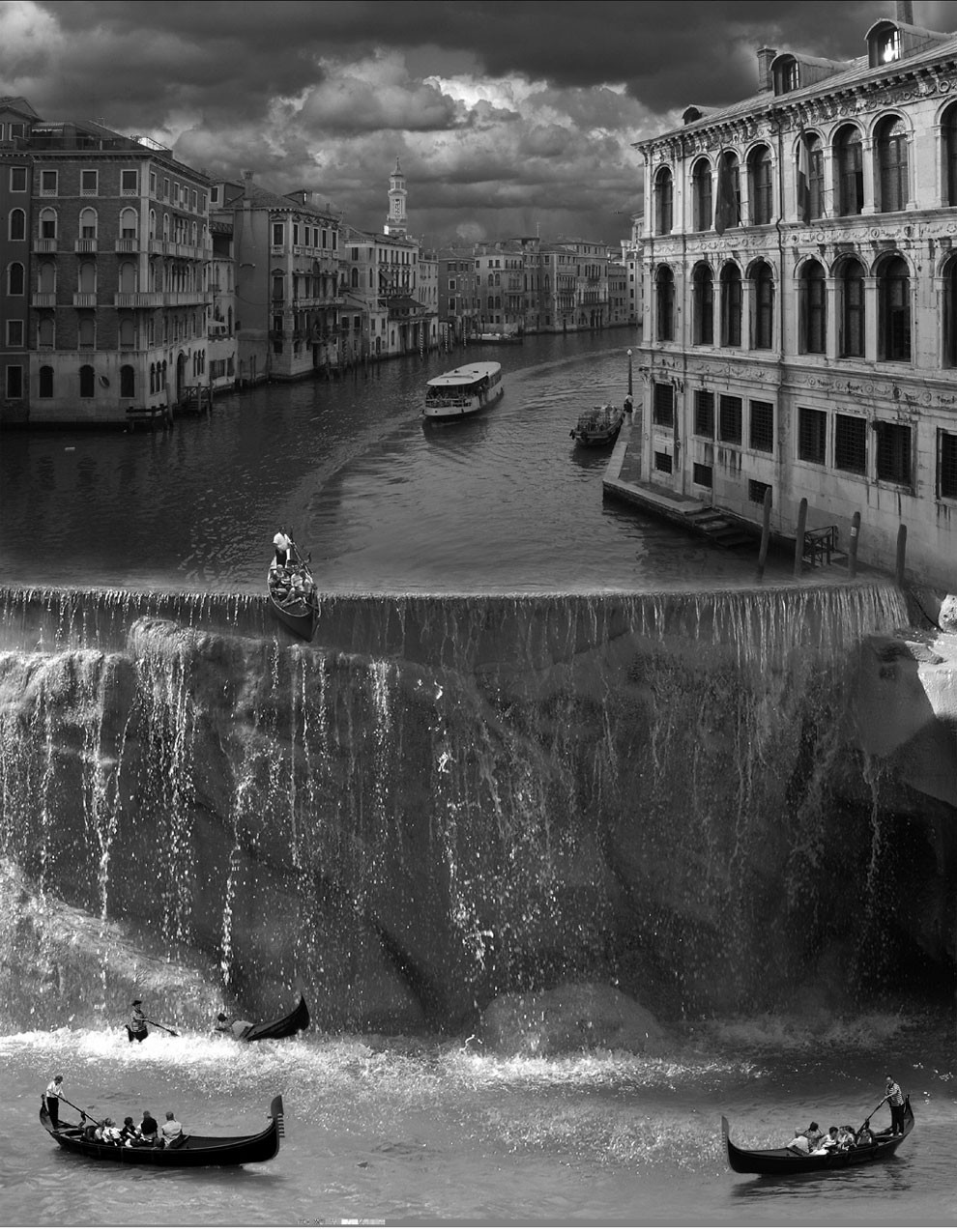 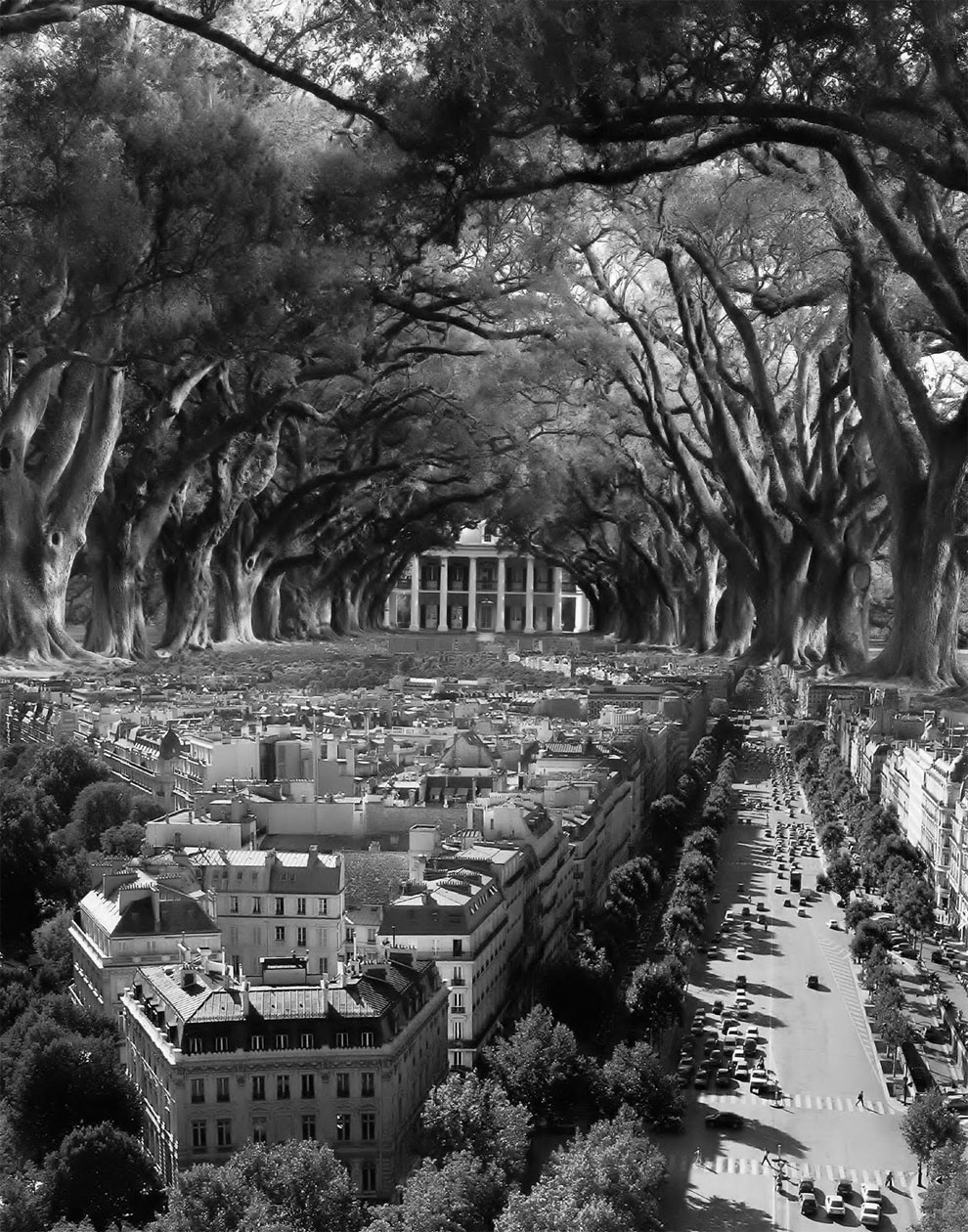 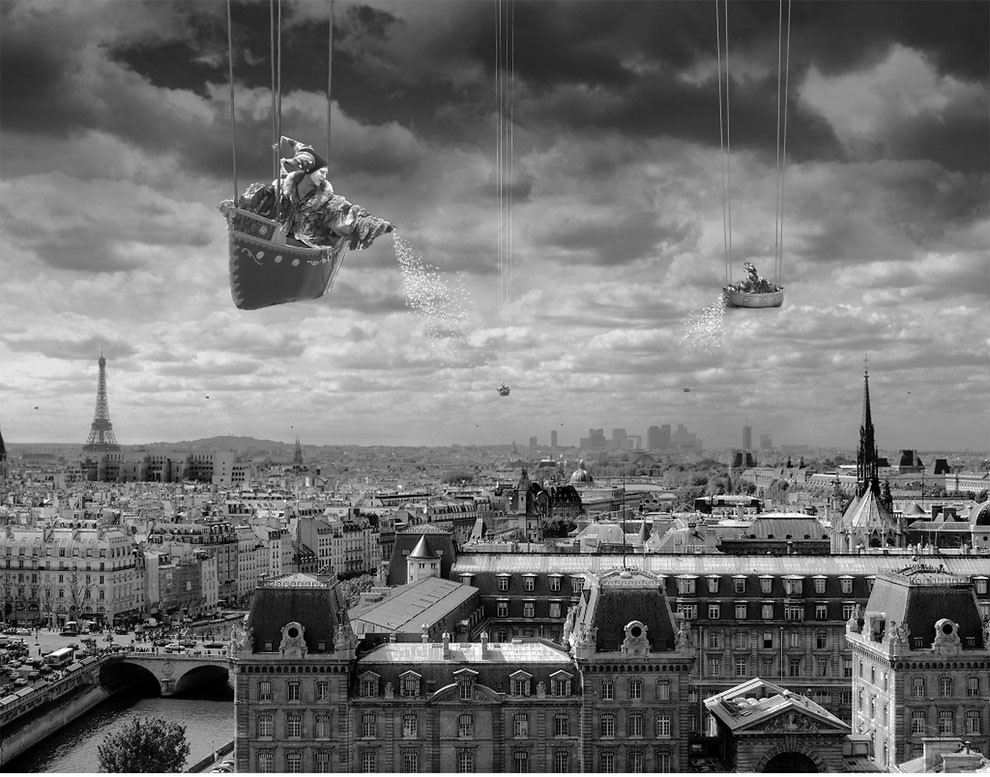 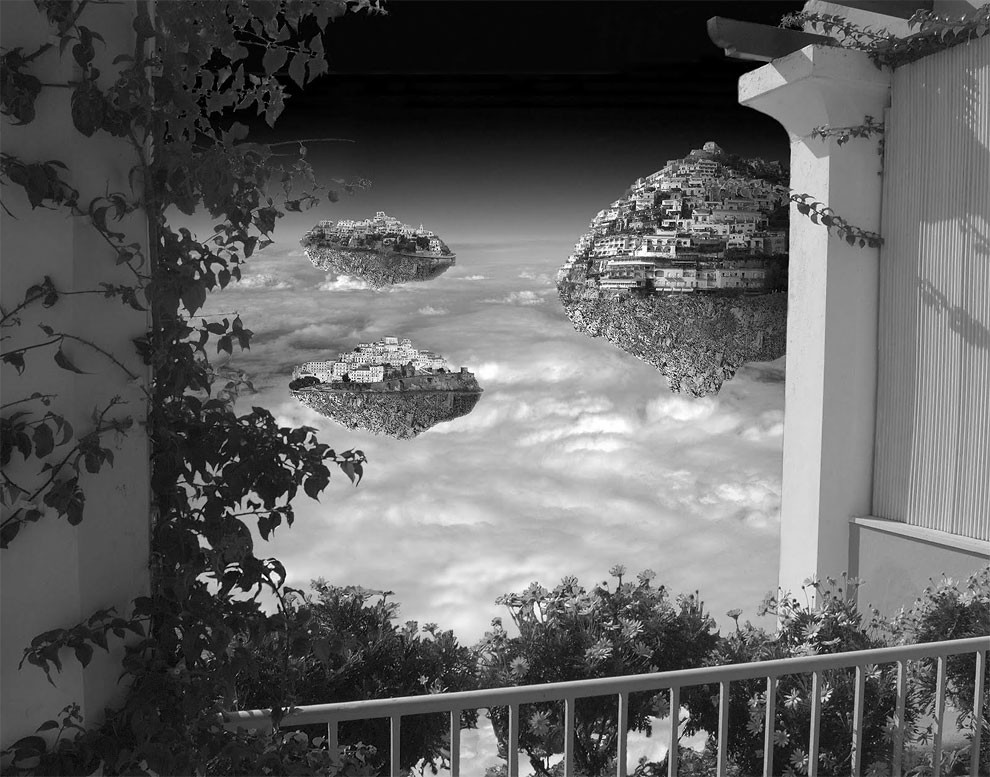 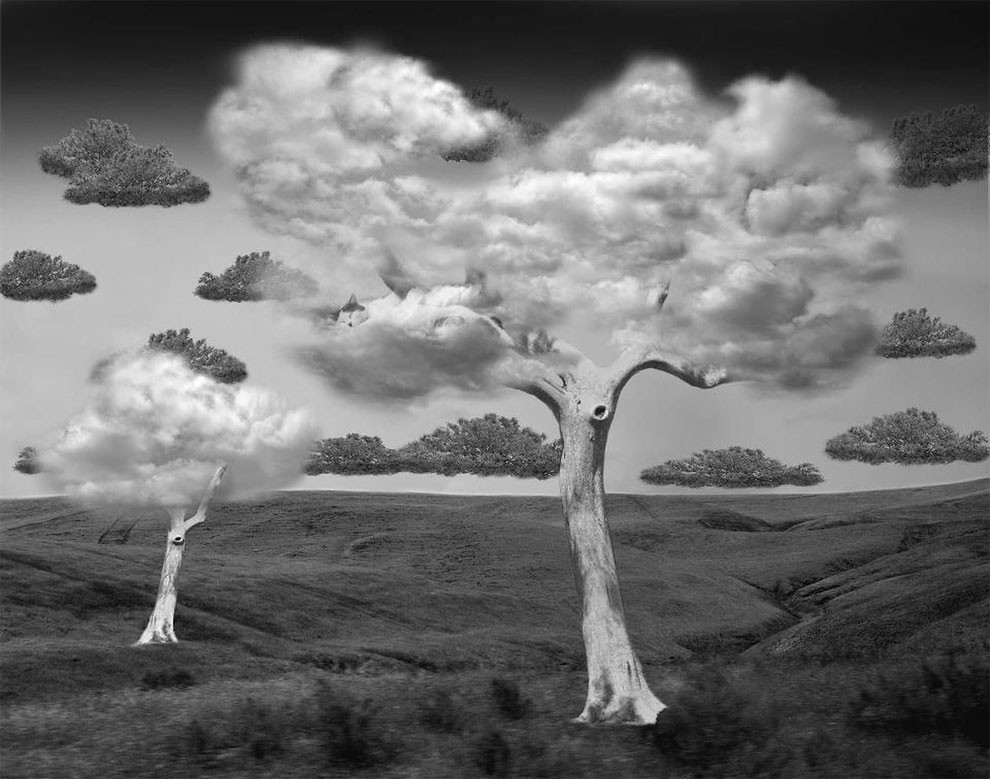 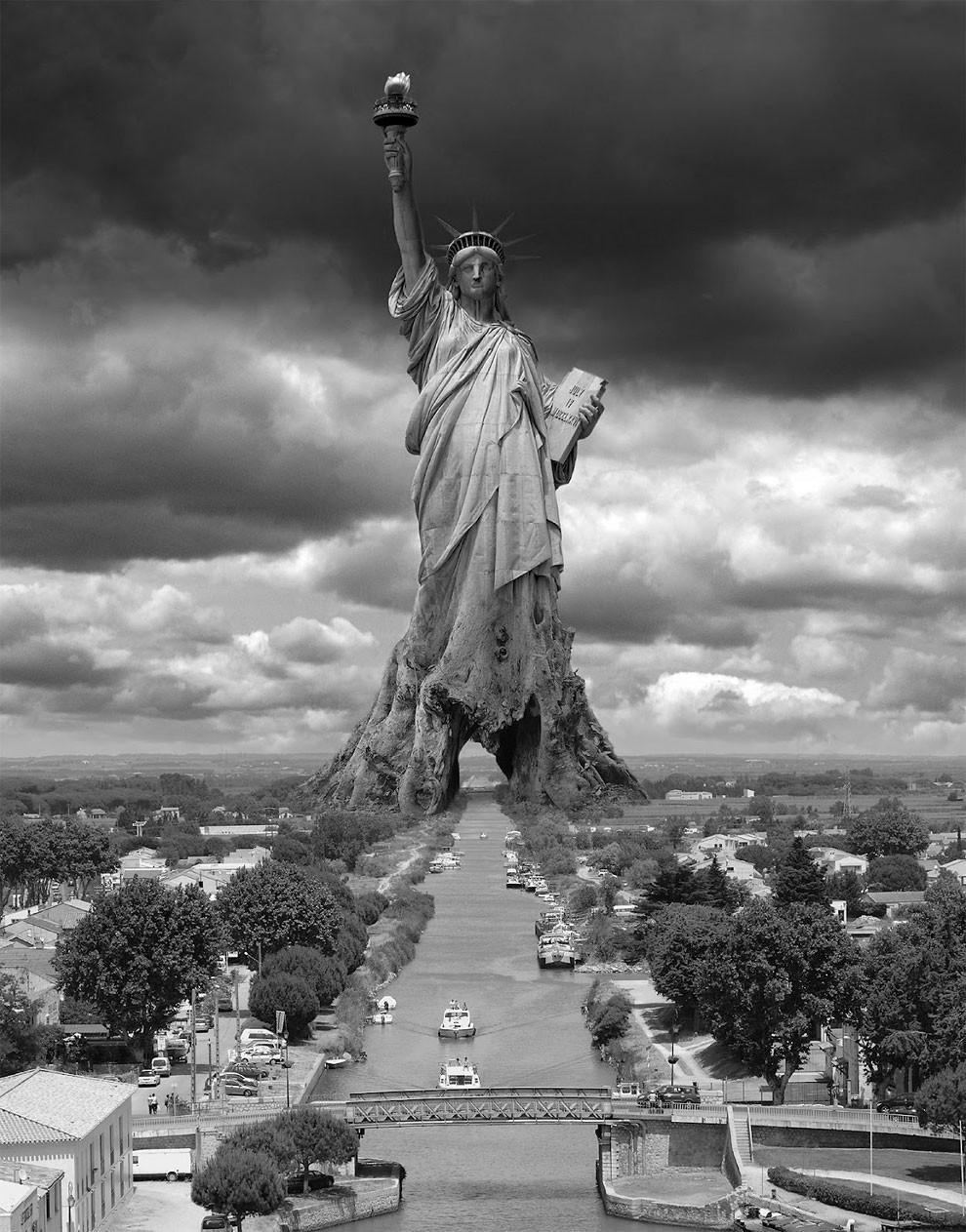 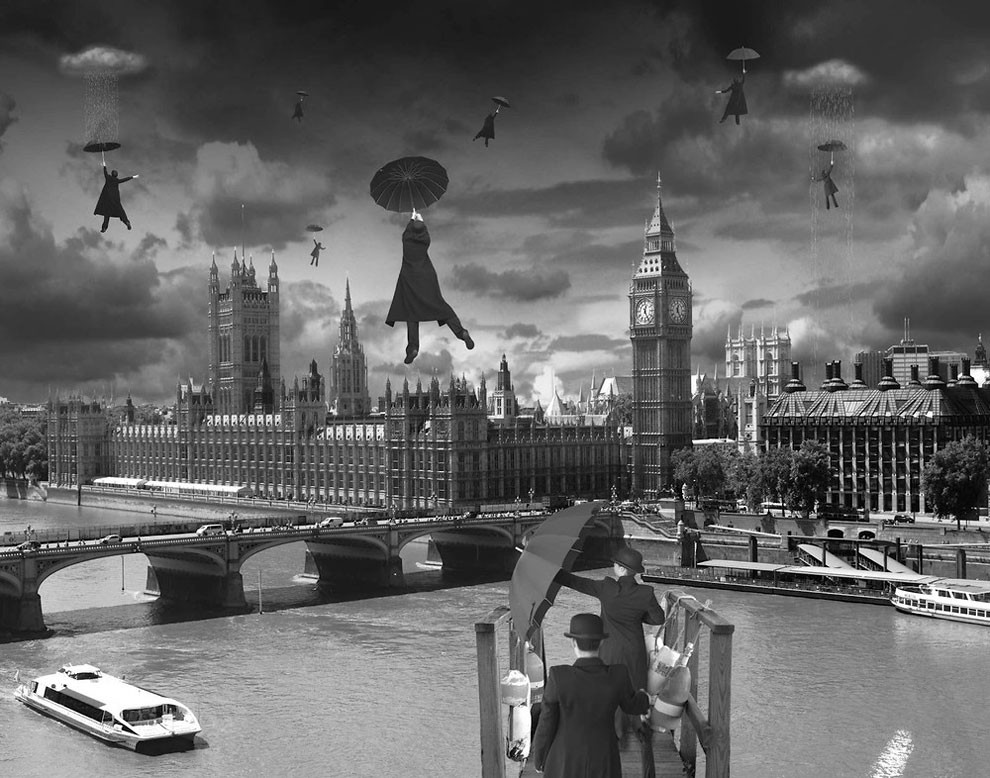 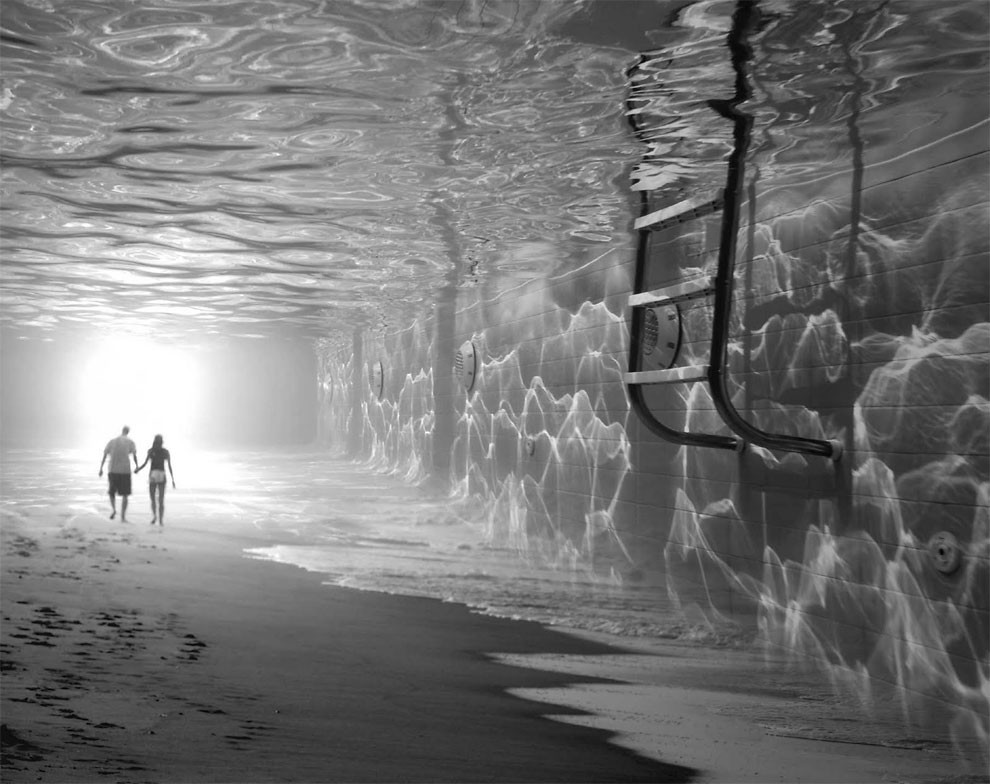 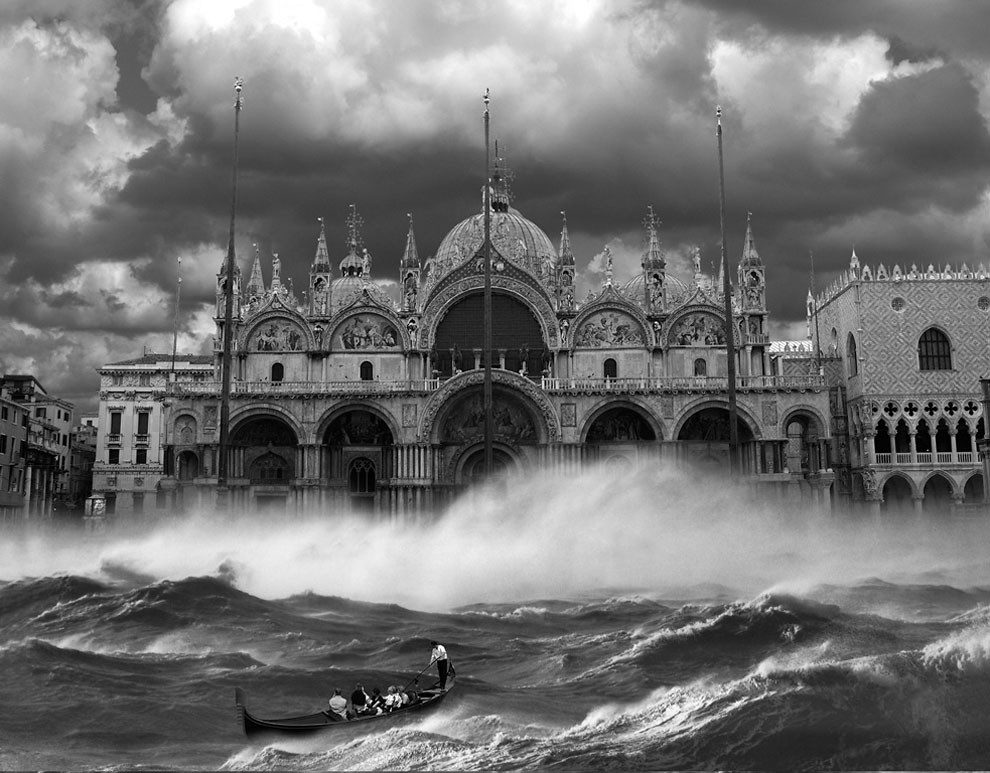 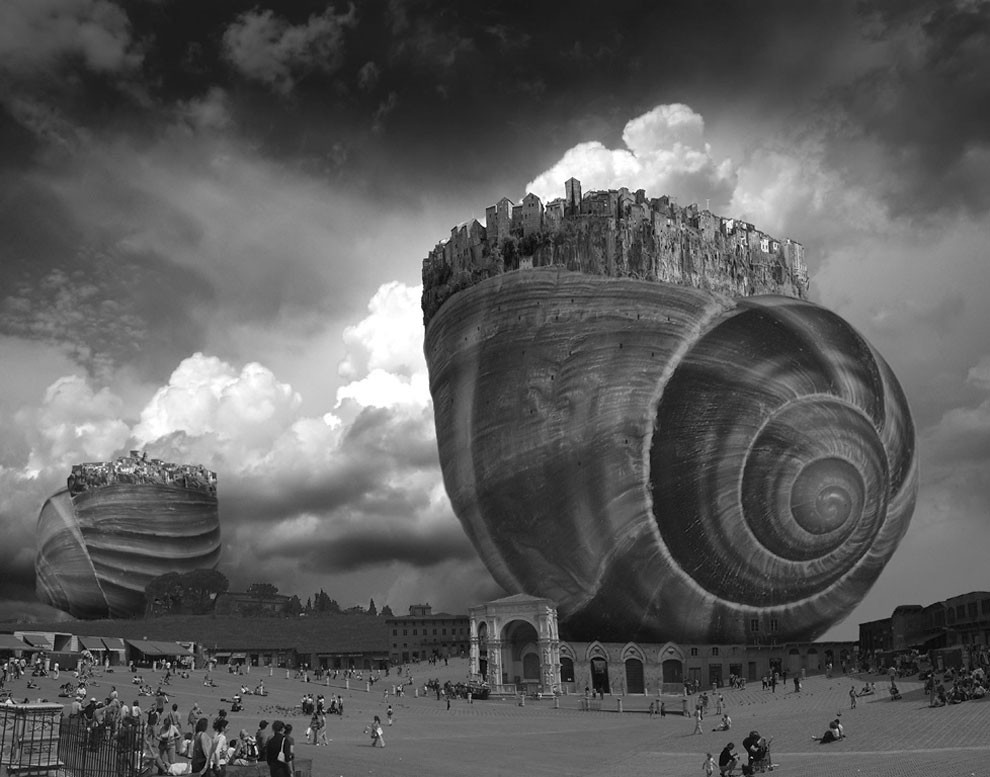 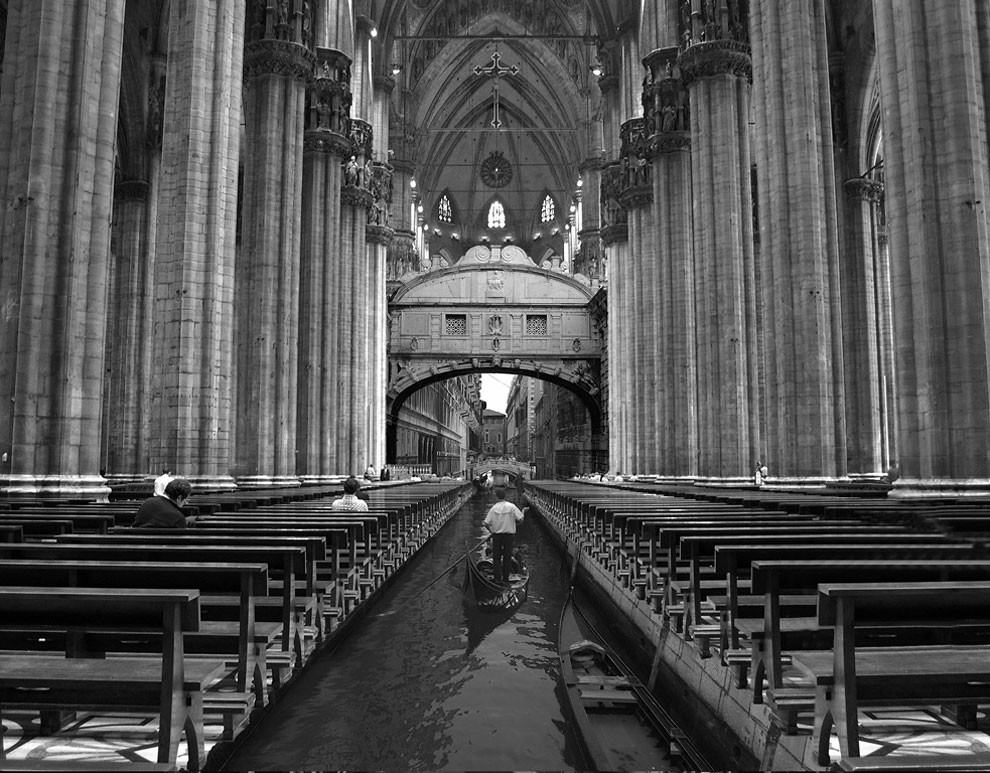 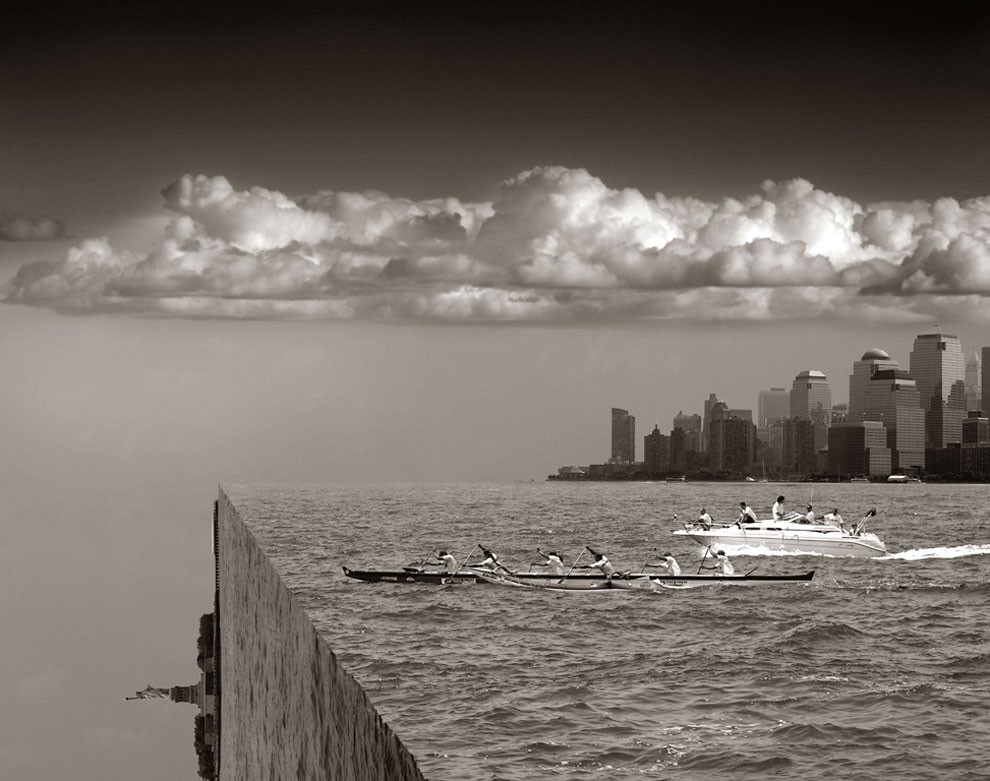 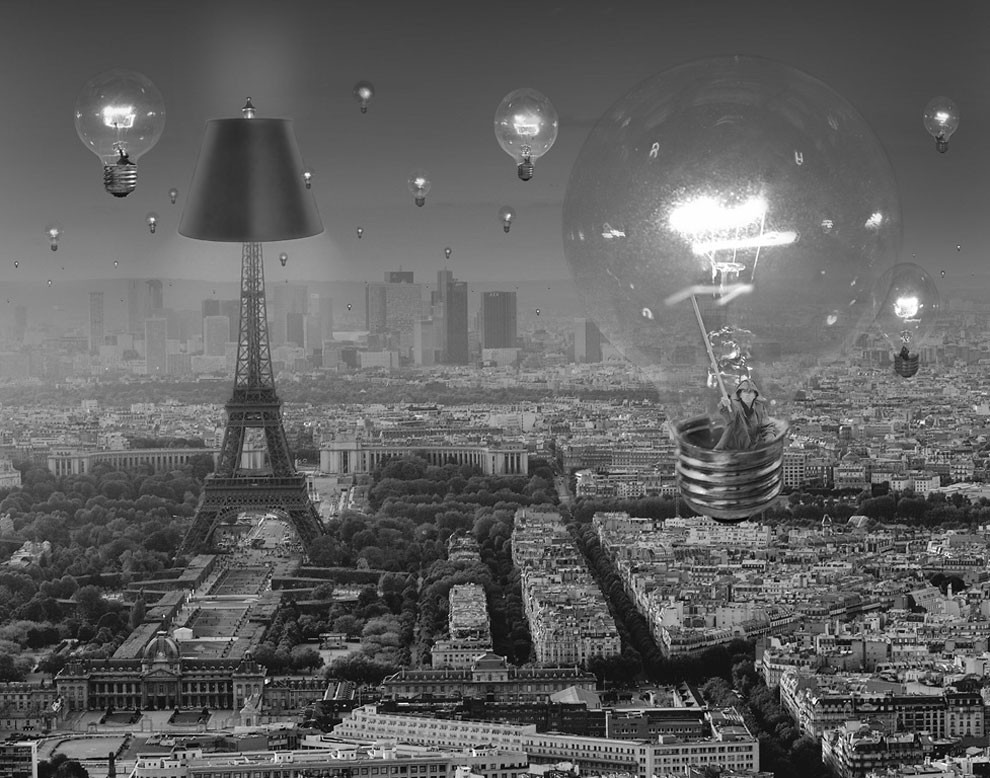 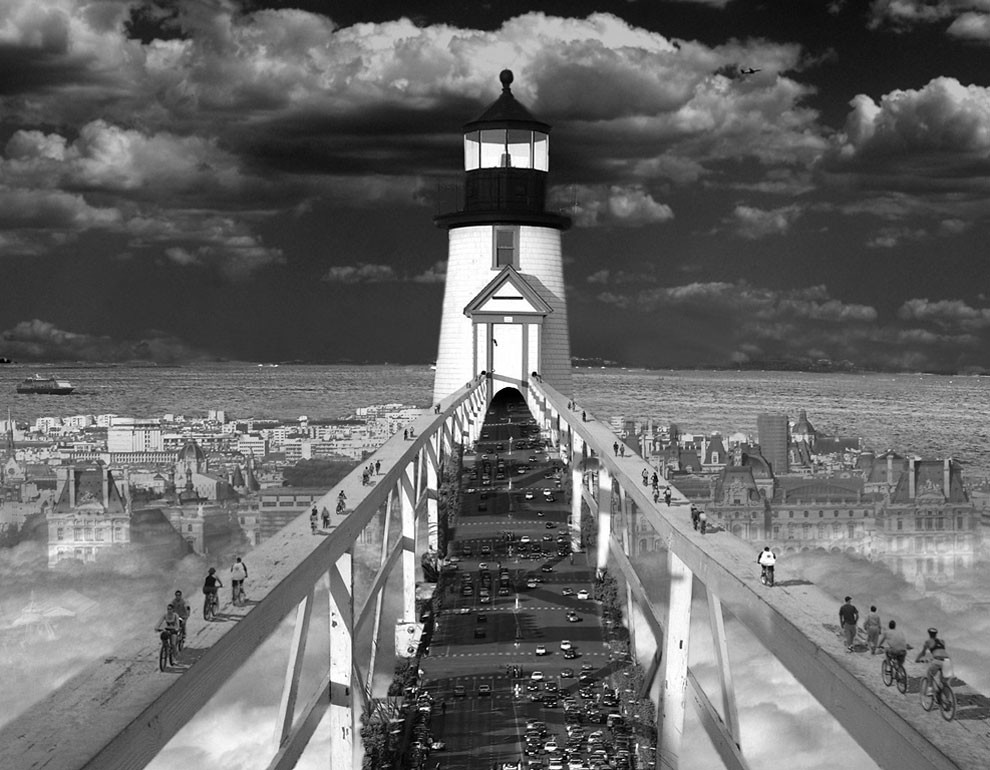 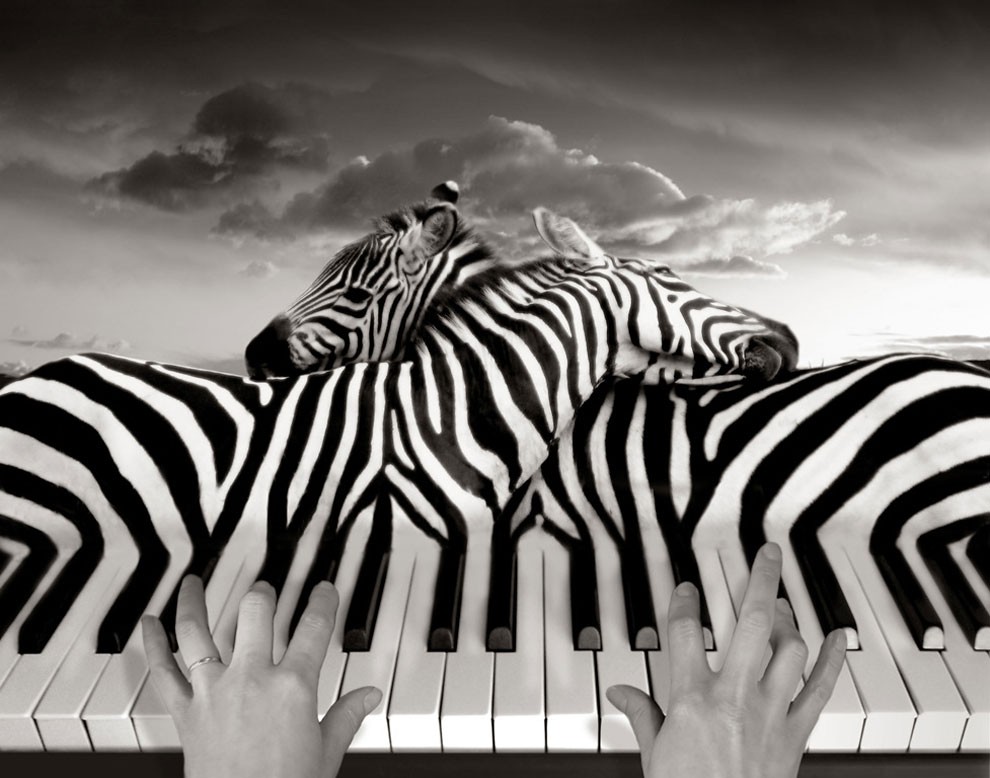 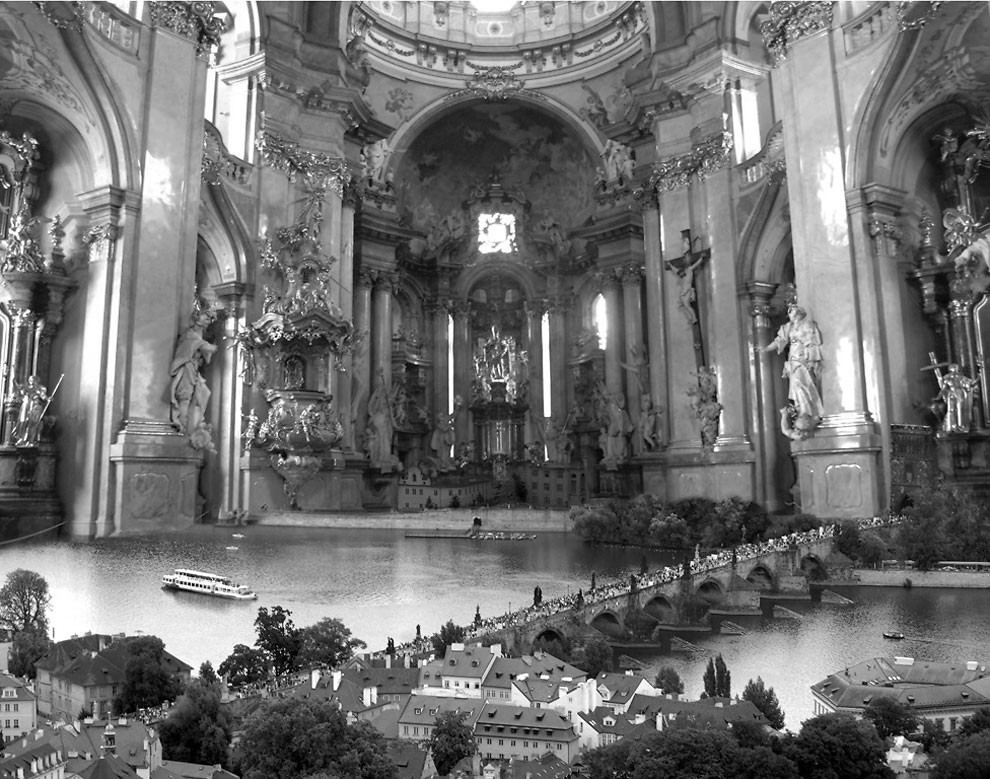 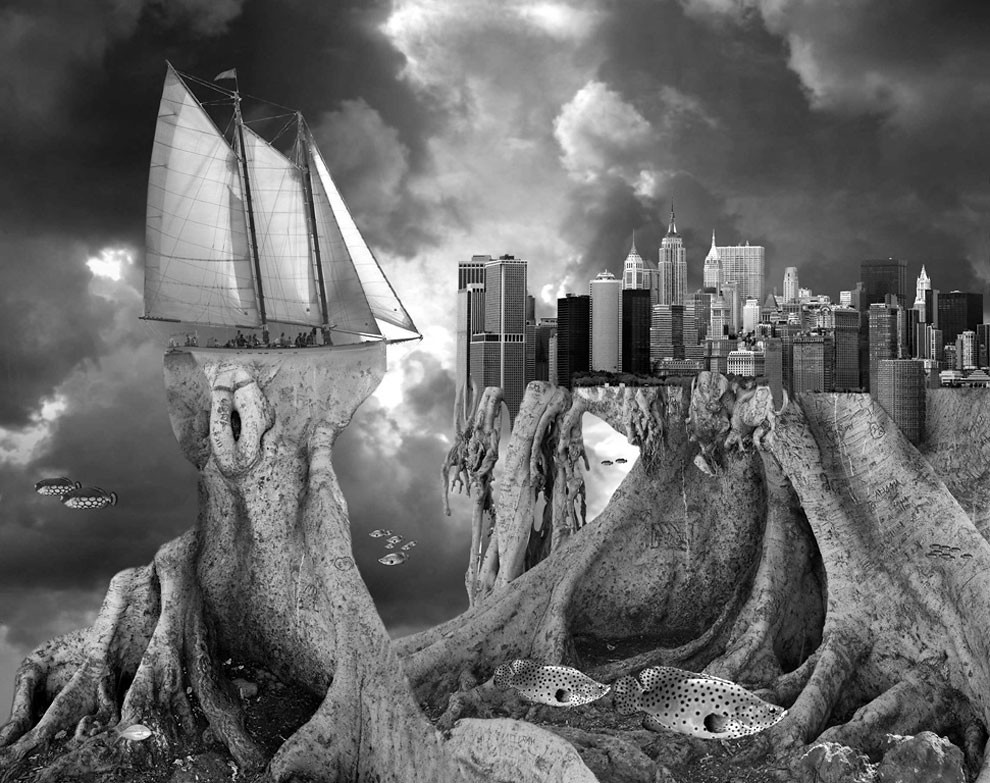 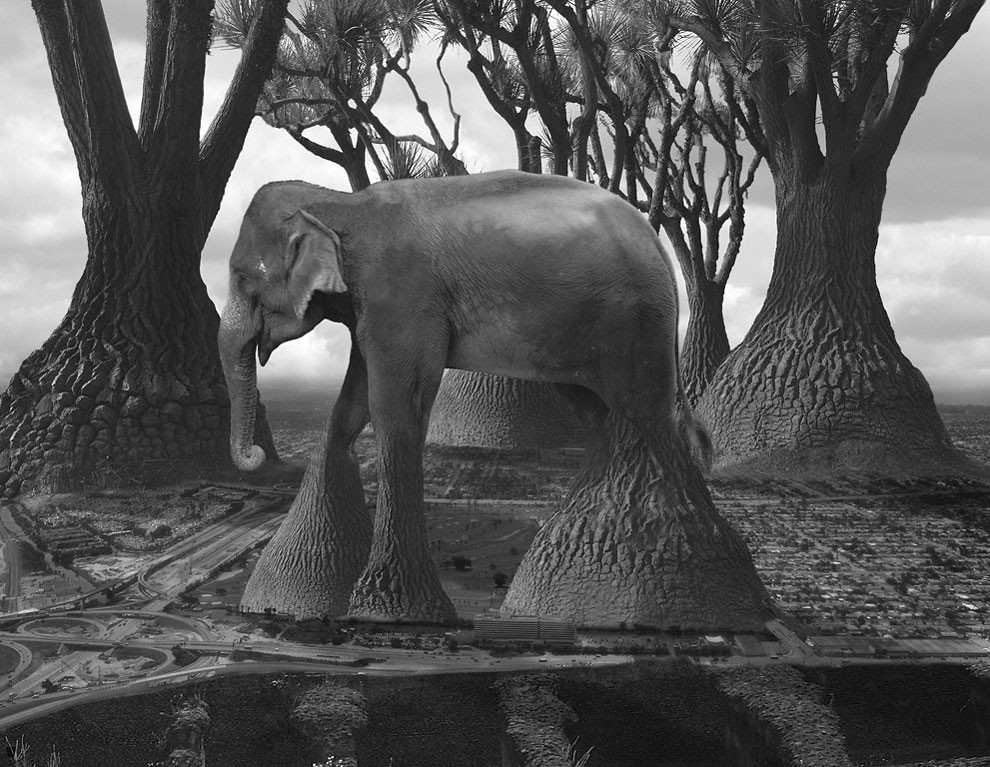 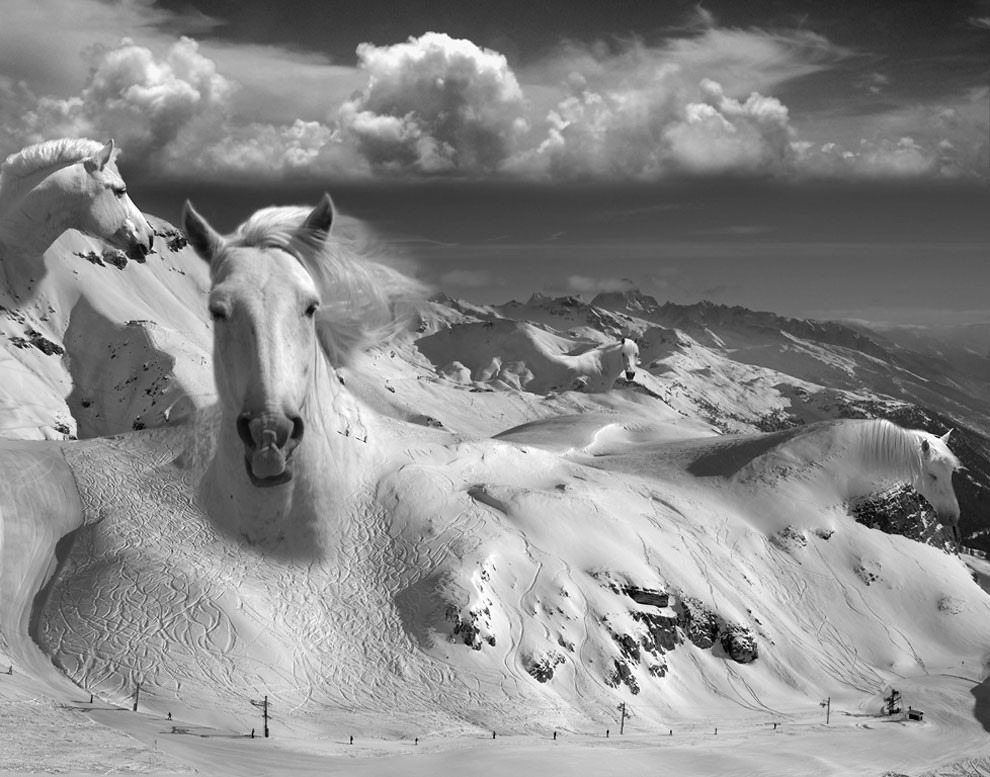 Photo of the Day: Rainbow Chicks
Photographer's Girlfriend Hates Pictures, So They Came Up With This Adorable Solution
"Secret Window, Secret Garden": Dreamlike Photography By Shaina Sterrett
Photo of the Day: Tornados Tear through Midwest Towns
Minimalist And Cinematic Drone Photography By Simeon Pratt
"Sweeteens": Young Londoners Enjoying Freedom after the Lockdown
Charming Photos Of Cool Girls Posing With Their Cars In The 1920s
Photo of the Day: 2012
This Couple Of Artists Photographs Yoga Poses
A Photographer Shows the Harsh Reality of Living in 43-Square-Foot Rooms in South Korea
2017 National Geographic Travel Photographer Of The Year – People
World Sports Photography Awards 2021: The Best Sports Photos Captured Over the Past 25 Years
Sharon Stone And Anton Rivas In "Dog Day Afternoon" Photoshoot (2012)
German Couple Finds The Filming Locations Of Movies And TV Series In Real Life And Recreates Their Scenes
Beautiful Black & White Photographs of Children Playing in Barcelona in the 1970s
Photographer Added Teeth And Smiles On Professional Baby Photos And It’s… Creepy
From Dusk To Dawn: Photographer Creates Amazing Cityscapes Showing The Transition From Night To Day
Photographer Captures Military Kits Through The Ages: From The Battle Of Hastings To Helmand
Vintage Photos of Famous People With Their Minis From the 1960s and 1970s
French Dentists Are Protesting That They Are Told To Return To Work Without Proper PPE - They Getting Naked To Protest
Stunning Photos of A Black Panther Playing in The Snowy Woods of Siberia Shared by Owner
The Astonishing Cinematic Autochrome Photography From The 1890s By Heinrich Kühn
Wildlife Photographer Of The Year 2017 - Unforgettable Animal Behaviour
"Captivate!": Fashionable 90s in Amazing Nostalgic Photos
analog, black, montages, photo, surreal, white