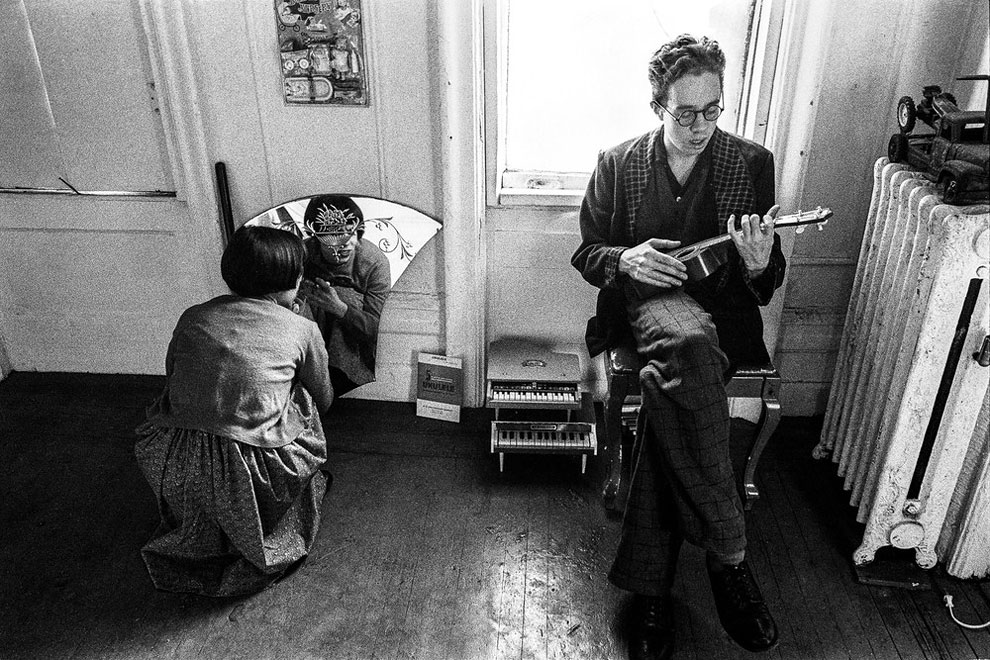 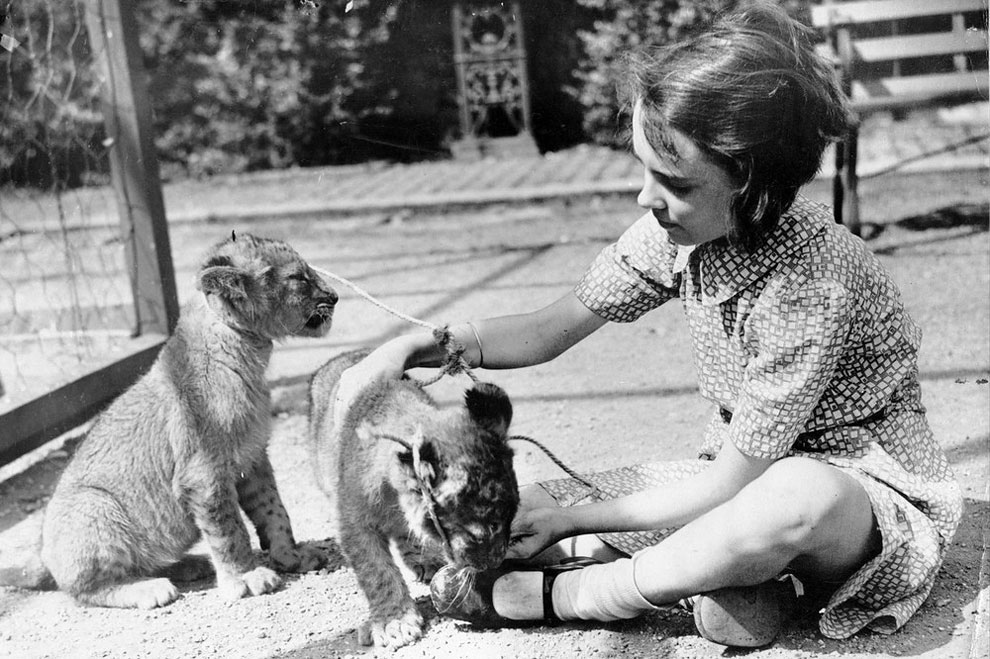 An old photograph of June playing with two lion cubs. A woman whose childhood friends included a lion, chimpanzee and polar bear has revealed her incredible family scrapbook more than 80 years after her dad opened the UKs biggest zoo. June Williams, 87, daughter of Chester Zoos original owner, George Mottershead, has unveiled her incredible childhood pictures as she revisits her family life in a new BBC drama. June moved into Oakfield House, Chester, Cheshire, with her mother Lizzie Mottershead and sister Muriel in 1930 when her father snapped up the small area of land for £3,500. They had only one gibbon and two goats when they moved in on December 7, 1930 but more than 80 years on, the zoo now boasts a whopping collection of 11,000 animals from 400 different species. (Photo by Mercury Press/Caters News/SIPA Press) 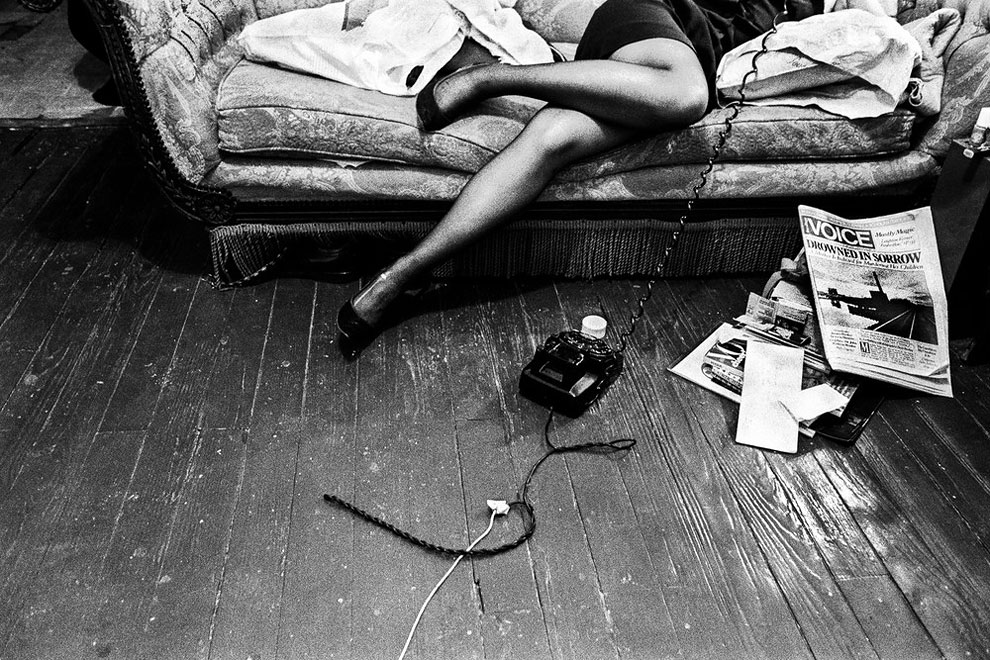 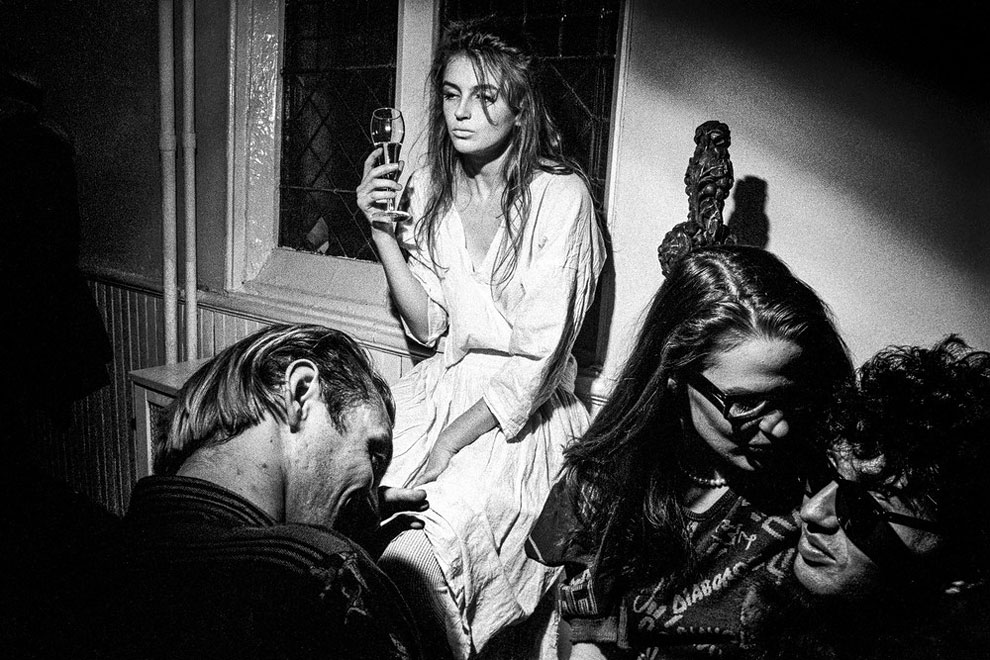 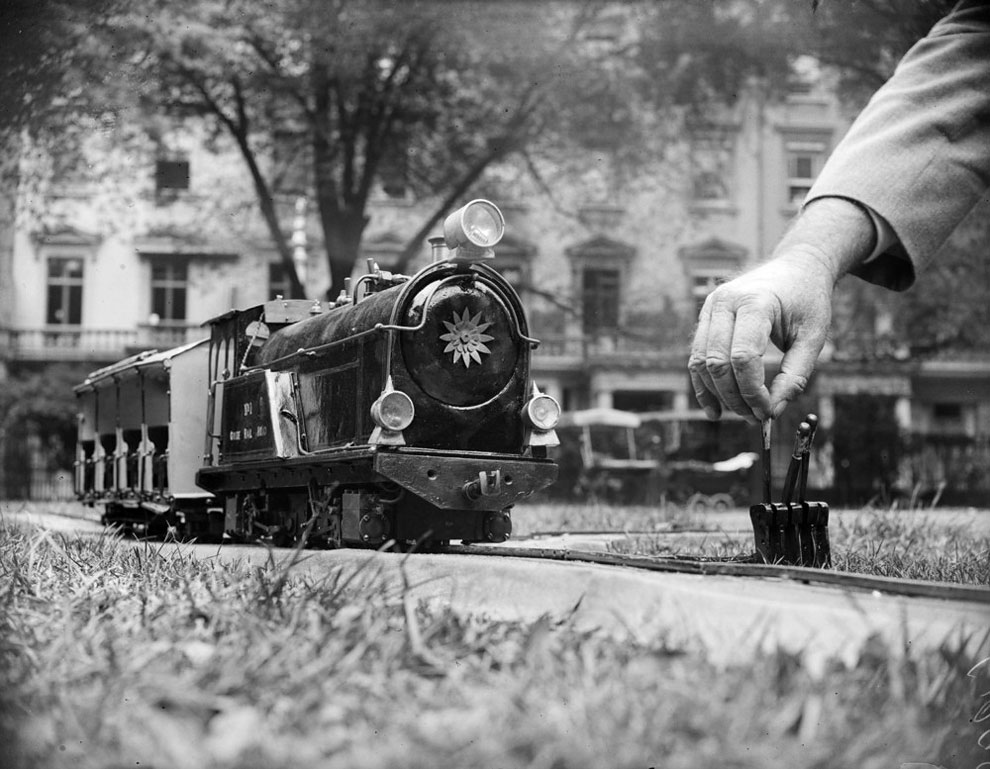 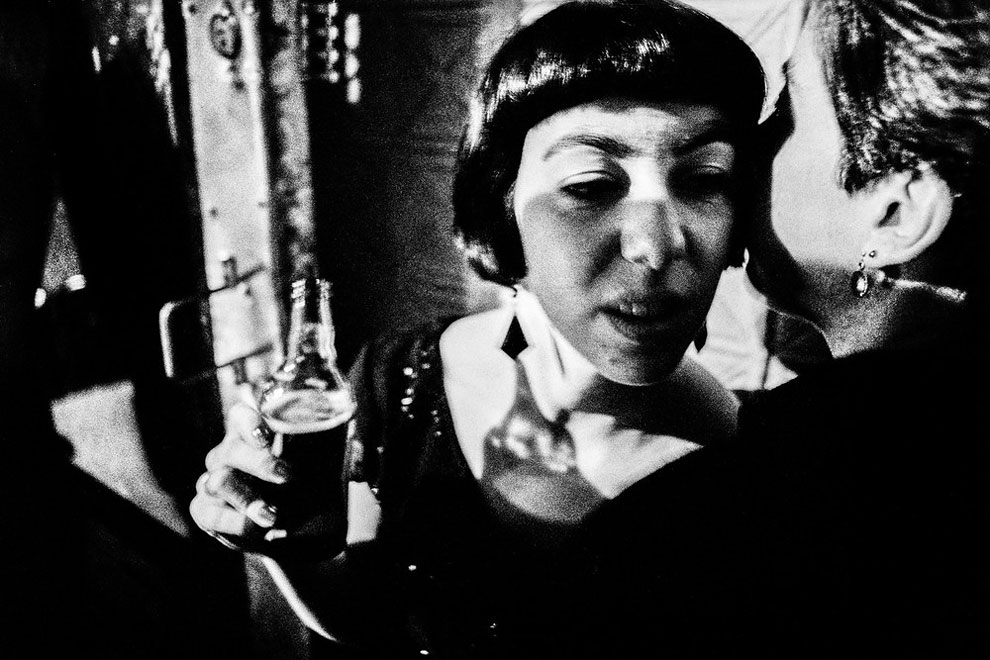 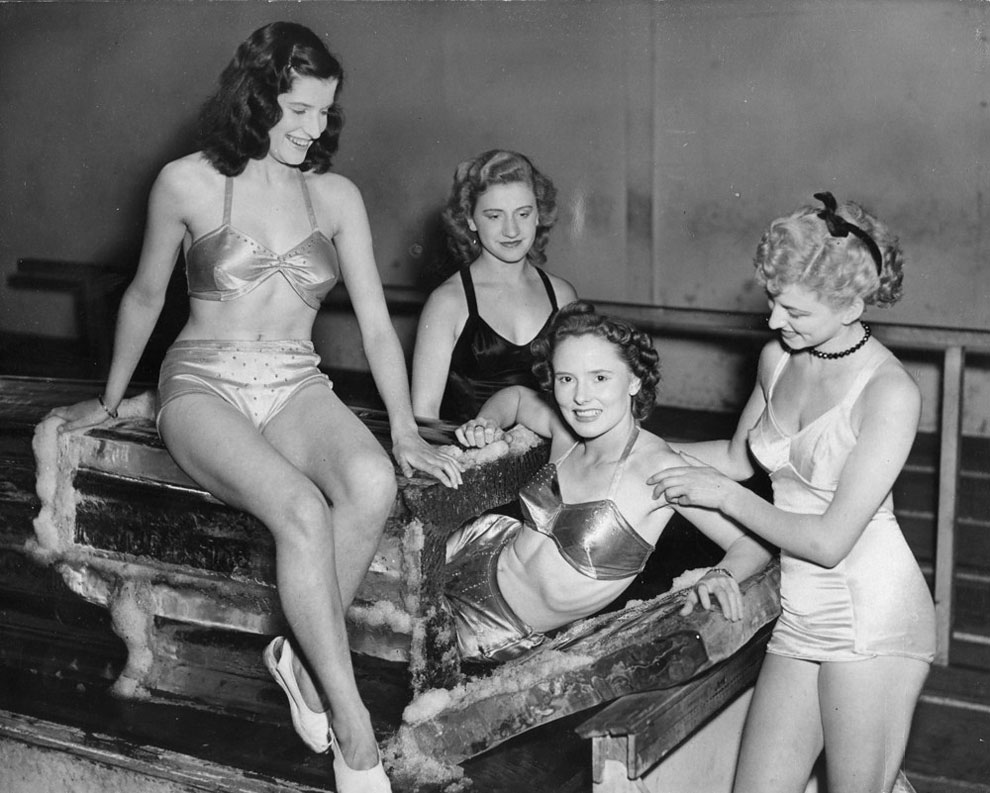 Models sitting on a coffin filled with ice at the Festival Gardens, 1951. They each took turns to lie in the coffin, dressed only in swimming costumes. (Photo by Fox Photos/Getty Images) 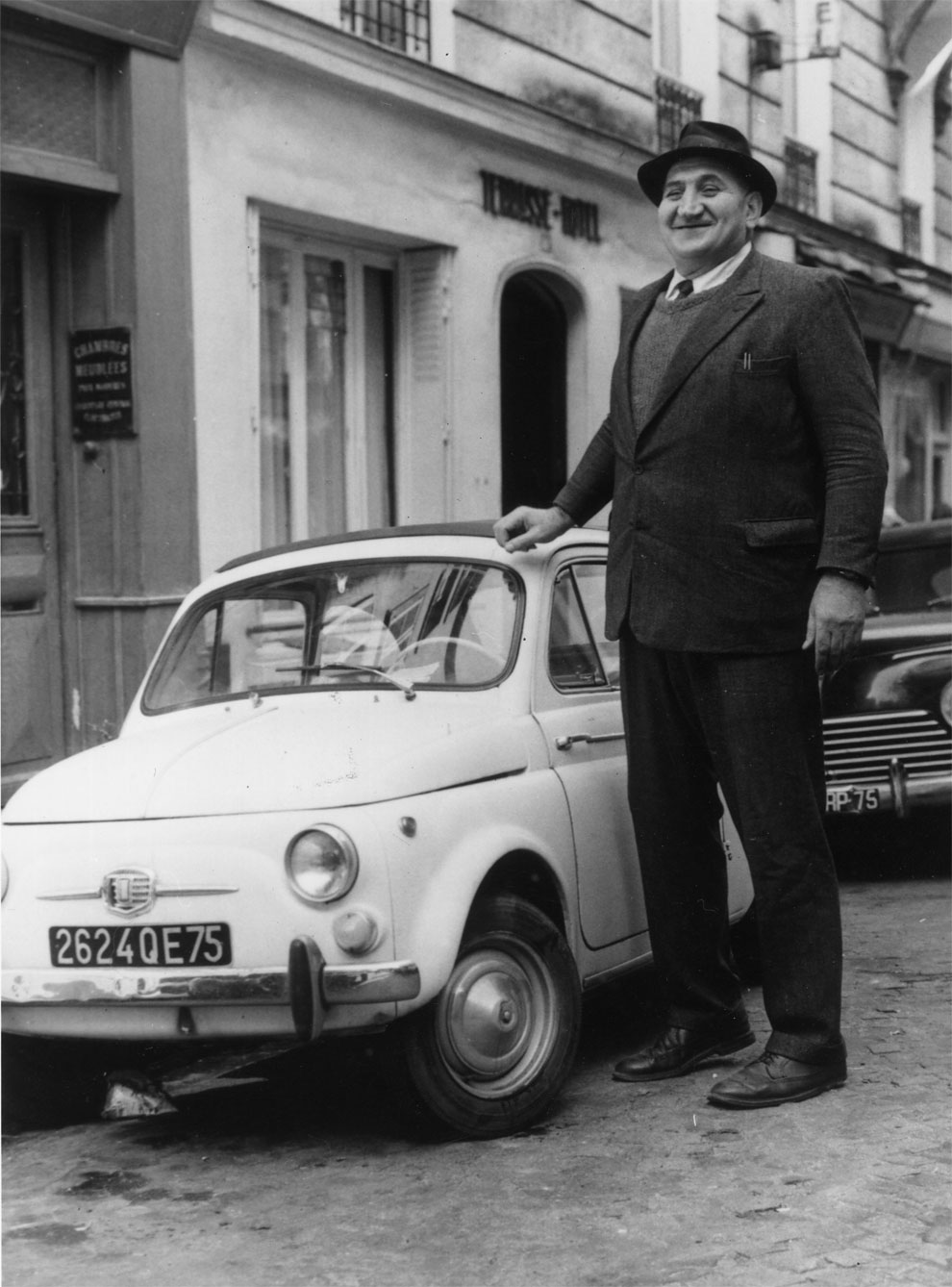 Assen Ivanov Giorgiev, a Bulgarian who weighs 256 kilos with a height of 2.8 metres, poses next to a car far too small for him. He started a career as a boxer and wrestler, but can no longer find an opponent willing to challenge him. 22nd September 1965. (Photo by Keystone/Getty Images) 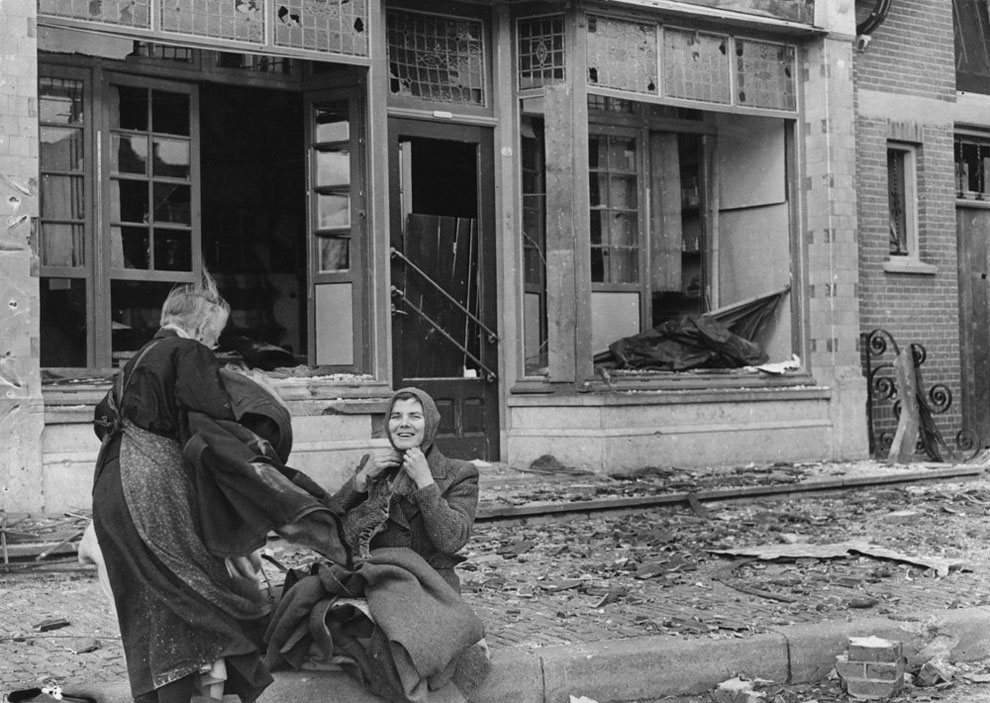 Two women with a pet kitten outside the ruins of their shop in the village of Wagenberg, Netherlands, November 1944. (Photo by Horace Abrahams/Keystone/Hulton Archive/Getty Images) 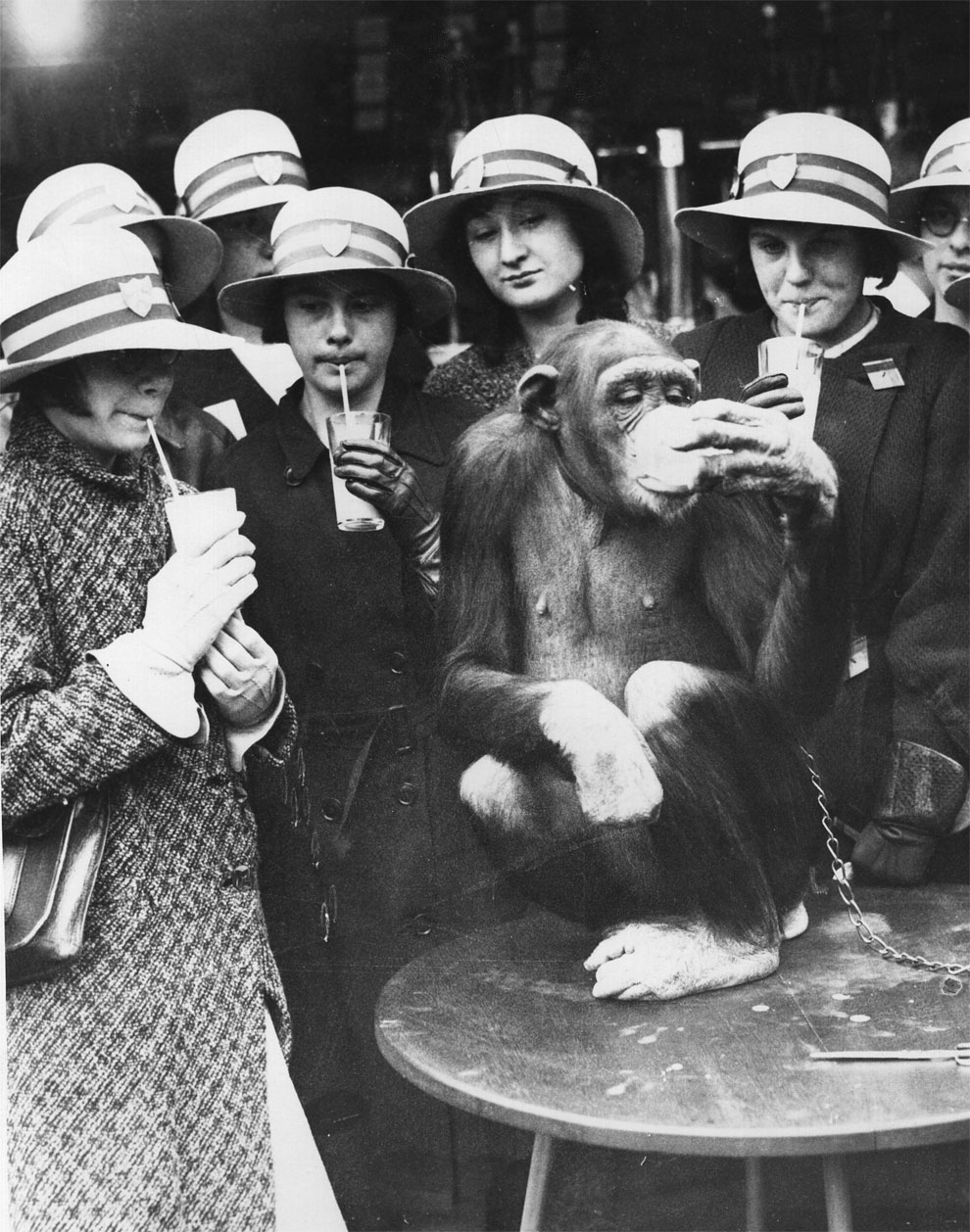 School children on a trip to London Zoo stop for a beverage break. Fi-Fi the chimpanzee is happy to join in. 28th May 1936. (Photo by Fox Photos/Getty Images) 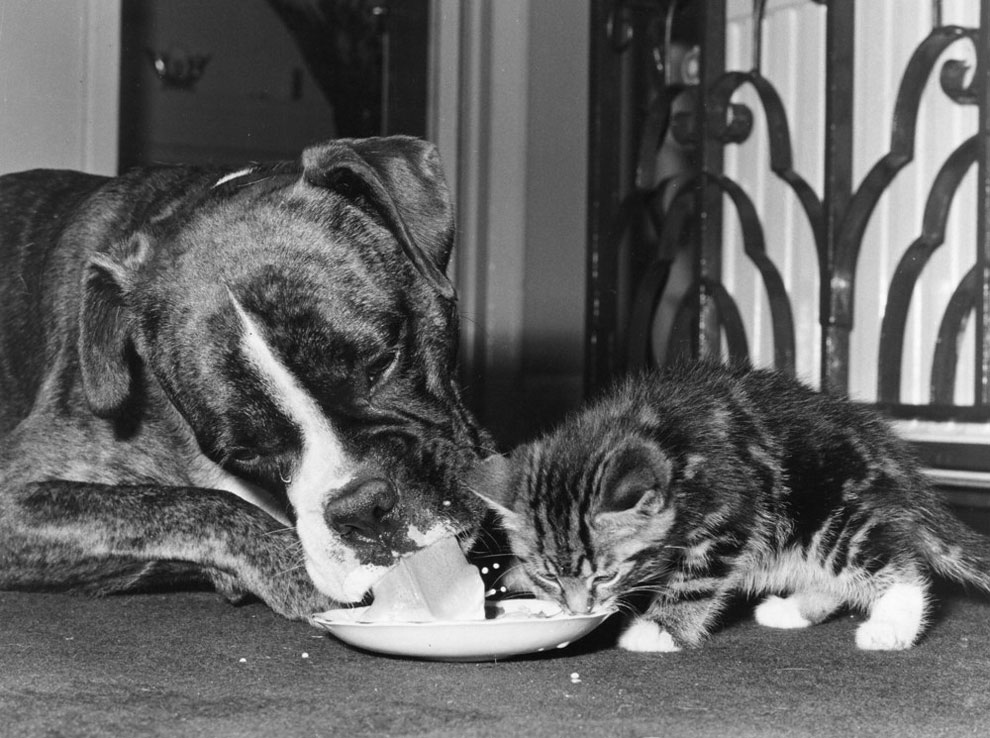 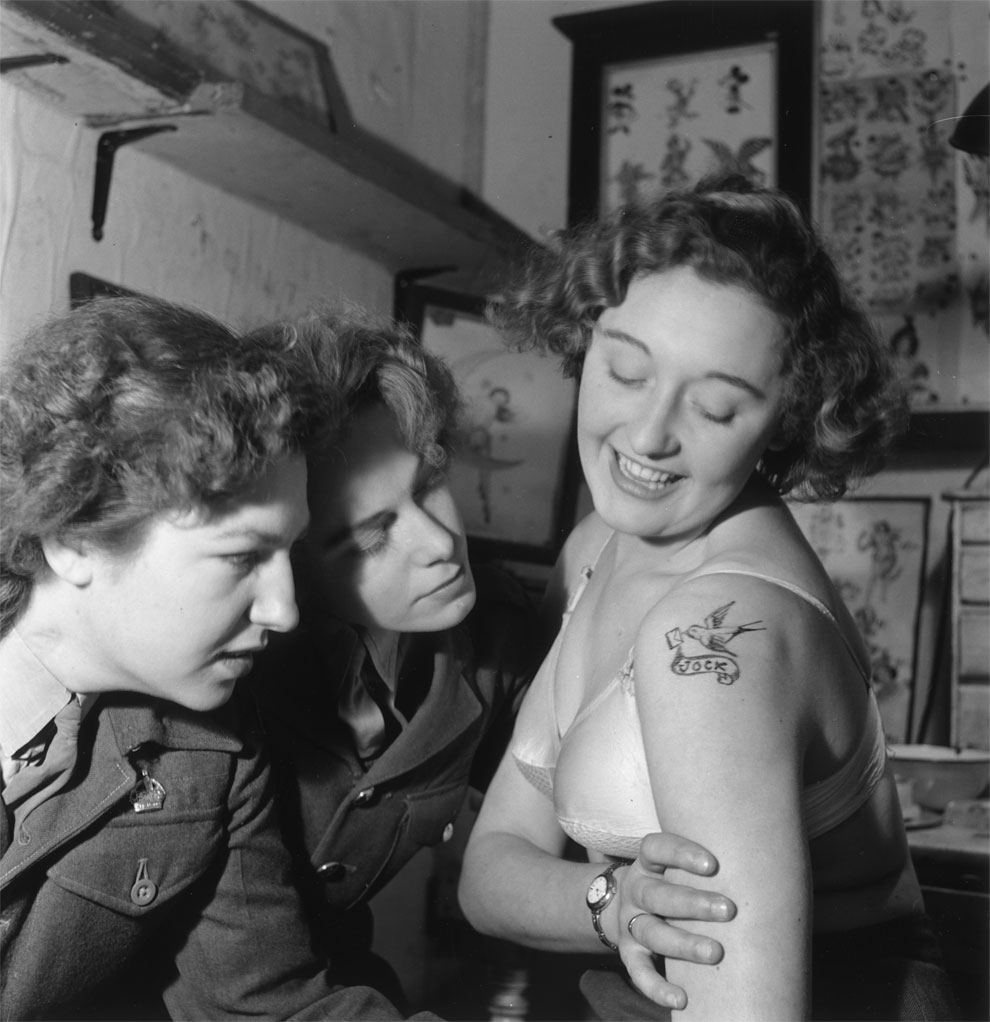 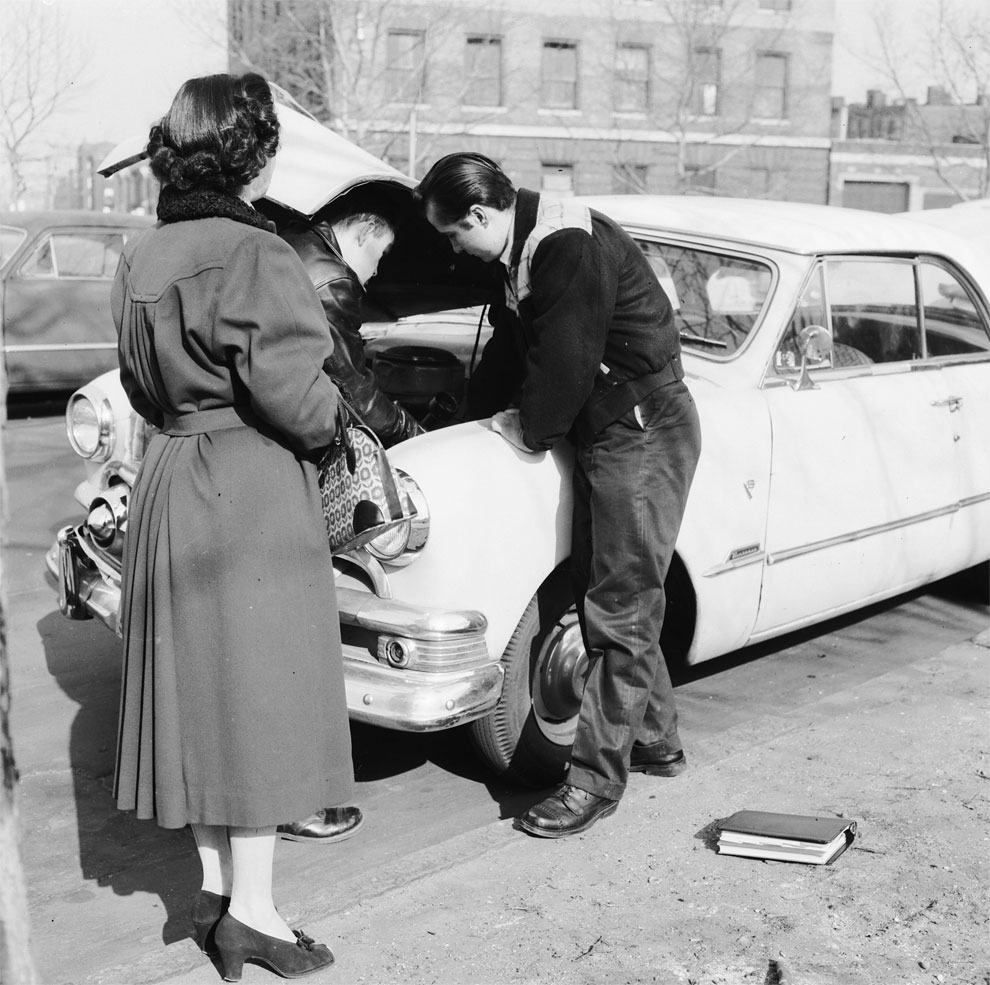 Students at Brooklyn School of Automotive Trades and members of the Automotive Custom Crafters Club are pledged to provide honest service to the motoring public without charge, circa 1956. (Photo by Three Lions/Getty Images) 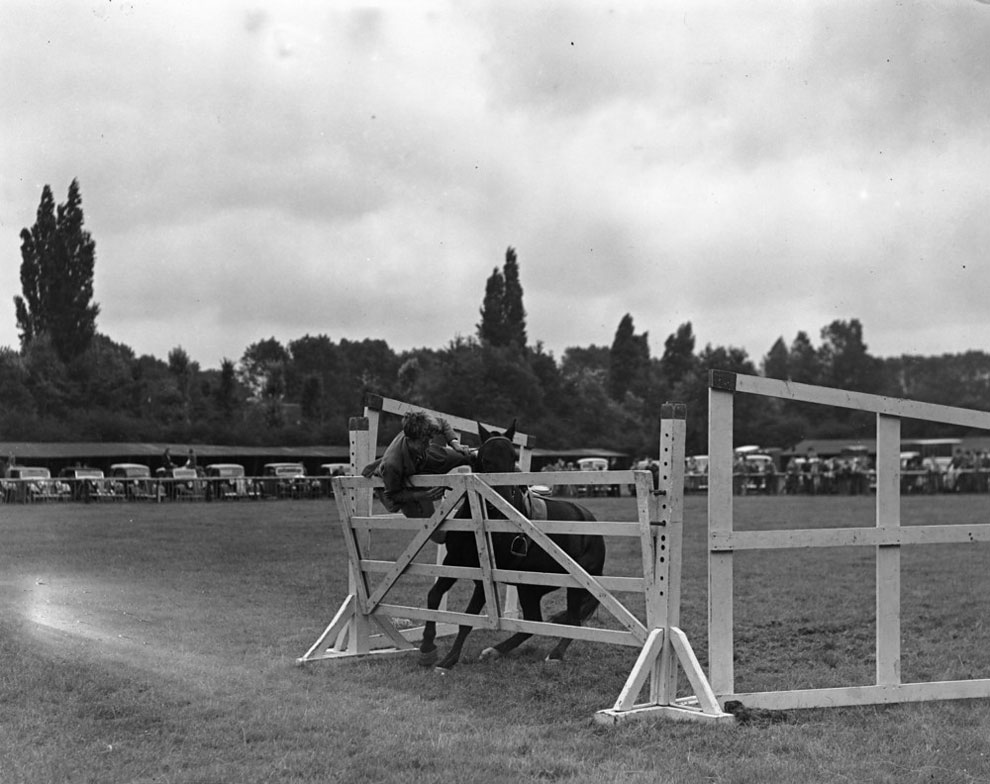 J. Nesfield is tangled in a four-bar gate after his pony ‘Sweet William’ refused the jump, 9th September 1938. They were competing in the juvenile section at the British Show Jumping Association’s first members’ show at Maidenhead, Berkshire. (Photo by Fred Morley/Fox Photos/Getty Images) 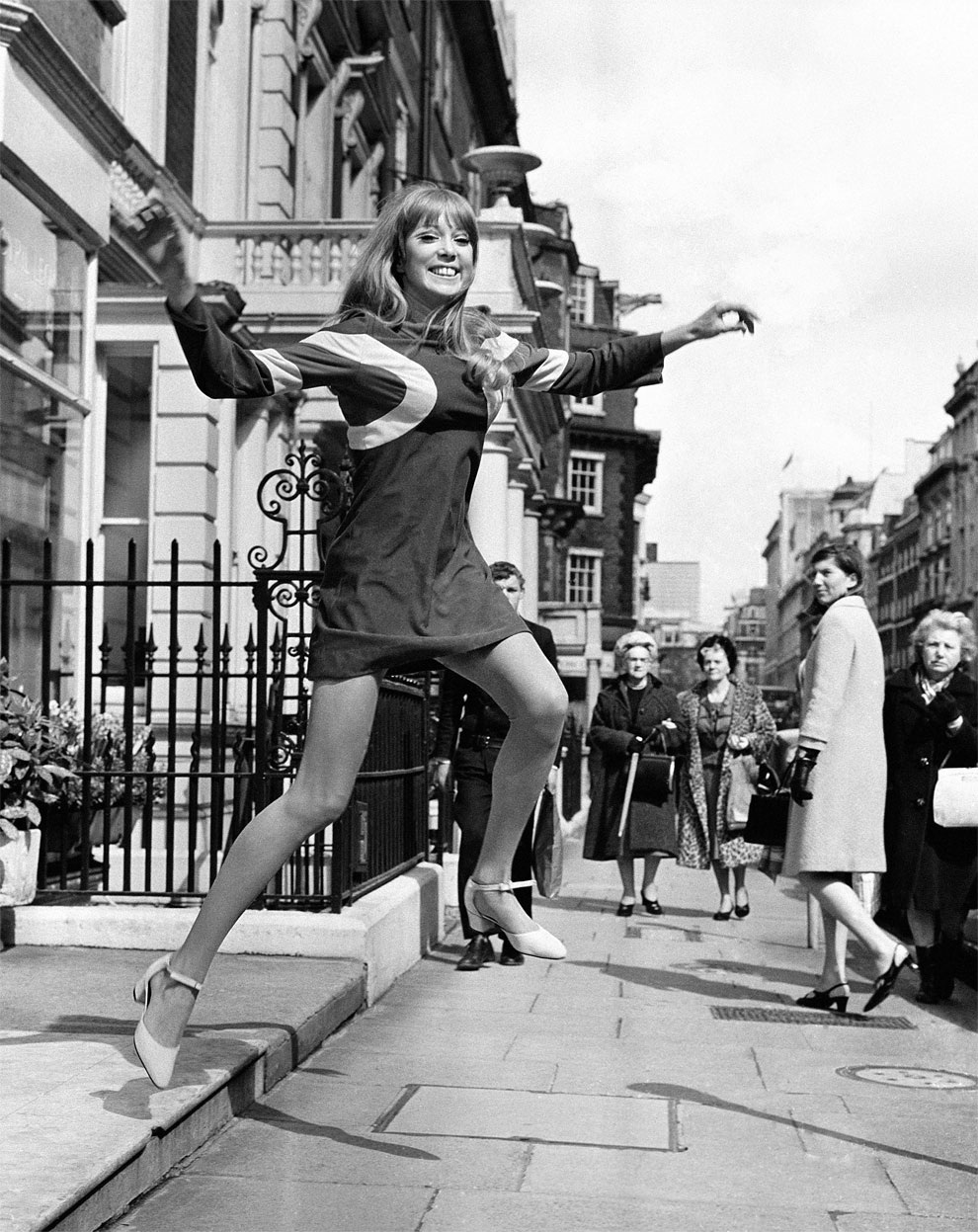 File photo dated 21/04/66 of Pattie Boyd in London’s West End wearing a mini skirt, as the British designer Mary Quant, widely credited with popularising the mini skirt has recalled its “feeling of freedom and liberation” 50 years after she took the fashion world by storm. Quant, who named the skirt after her favourite make of car, said she “couldn’t have imagined” in 1964 that it would become a staple of women’s clothing, but added: “It seemed then to be obvious, and so right”. (Photo by PA Wire) 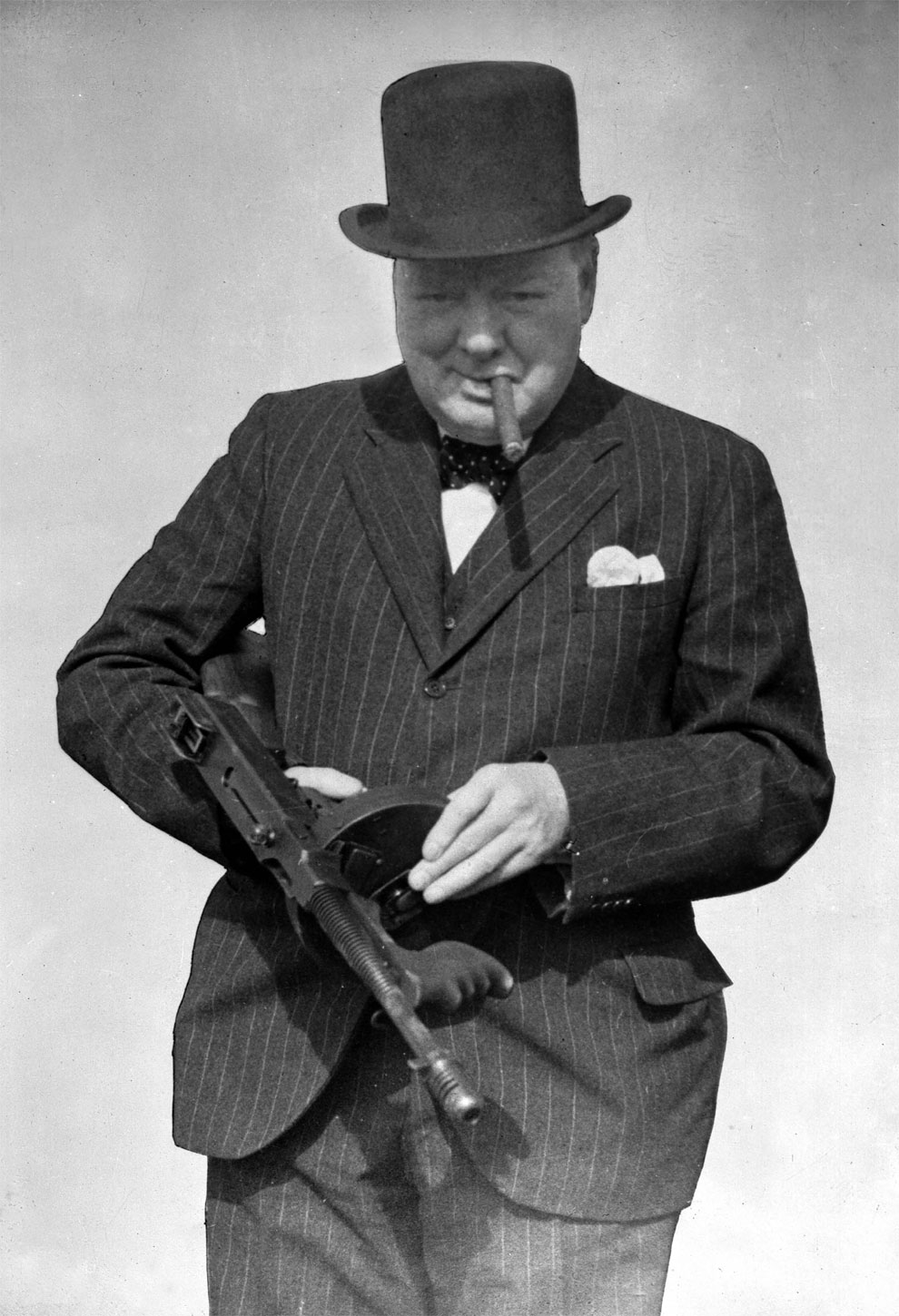 This is a August 1, 1940 file photo provided by the British government, Britain’s Prime Minister Winston Churchill tries a Tommy Gun during a visit to north-east England. Churchill Britain’s famous World War II prime minister died fifty years ago on January 24 1965. The background behind Churchill has been blotted out by the censor. (Photo by AP Photo/British Official Photo)

Stunning Winners Of The British Wildlife Photography Awards 2017
Best Of Flickr 2017 – The 25 Most Beautiful Photos From Flickr In 2017
These Breathtaking Photos Of Outer Space Are Probably The Best Photos Captured From The ISS
"Beneath Dark Skies": Surreal Photo Works Of Shane Labelle
Winners Of The Pink Lady Food Photographer Of The Year 2018 Announced
An Epic Poem, Assembled From Fragments Of Everyday Life In Soviet Lithuania Through The Lens Of Photograher Antanas Sutkus
Spectacular Winning Photos From The Wildlife Photographer Of The Year 2019
Texas Husband Poses Semi-Naked In A Lumber Yard For A Very Provocative Shoot - Before Presenting The Images To His Lucky Wife
Spencer Elden The Famous Nirvana Baby Recreates The Album Cover 25 Years Later
Photographer Tom Hegen Captures Breathtaking Futuristic Photos Of Dutch Greenhouses At Night
Photographer Exposes The Truth Behind His 'Perfect' Photos
First Photo Shoots Of Angelina Jolie When She Was 15 Years Old
Surreal Photos Of Japanese Playground Equipment At Night By Kito Fujio
How To Organaize A Perfect Birthday Party During The Quarantine Lockdown
Zombie Walk Strasbourg 2019 Mega-Post: Stunning Photos Of People Dressed As Zombies Taking Part In a Zombie Walk Event In The Eastern French City Of Strasbourg
German Woman Shows The Reality Of Perfect Instagram Photos And The Result Is A Lot Of Fun
Our Endless Numbered Days: Absolutely Magical And Beautiful Forest Photography By Martin Podt
Grandson Inherits His Grandfather’s Collection Of Unseen Street Photos Taken Over Half A Century Ago
Japanese Photographer Tantan Turns A Rainy Night In NYC Into A Dreamy Wonderland
Beautiful Goldie Hawn's "Laugh-In" Bikini Photoshoot
The Exquisite Beauty Of Iceland, Captured In Dramatic Infrared Photos
Photographer Captures Eerily Empty Shanghai During Coronavirus Outbreak
Romanian Urban Explorer Captured An Abandoned Crematorium And Found Human Remains
"Untypical Girls": Early Photographs Of Women In Punk From Between The Late 1970s And Early 1990s
historic, journey, photos, through