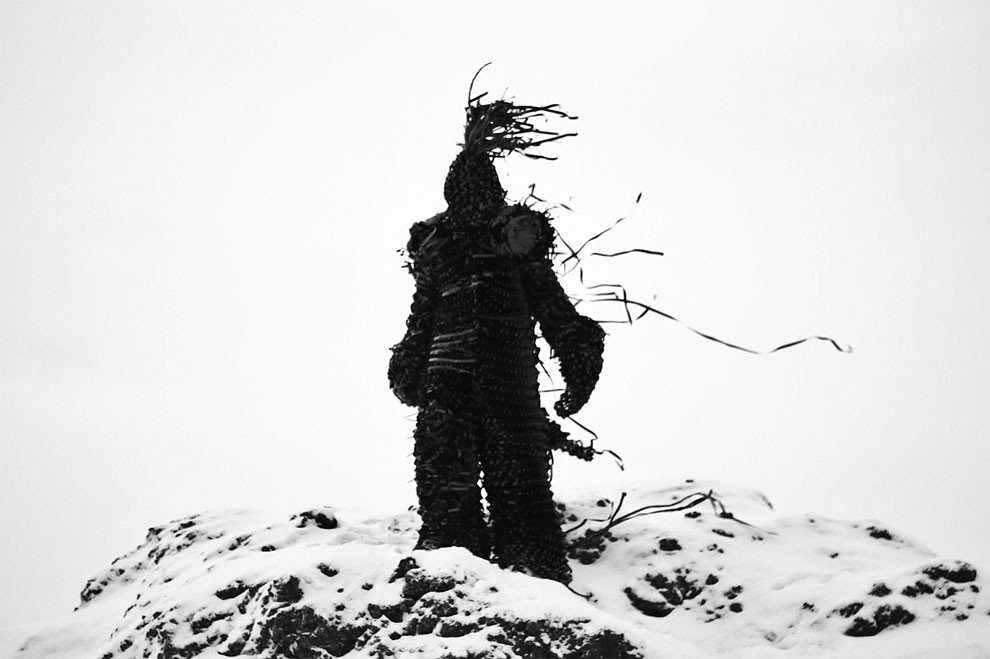 For the analog boys and girls living in a digital world, the work of French multimedia artist Philip Ob Rey should capture your interest. The Iceland-based creator was recently brought to our attention due to his use of discarded VHS tapes. Ob Rey creates nightmarish figures using the black magnetic tape and photographs them wandering the frozen Icelandic landscape. 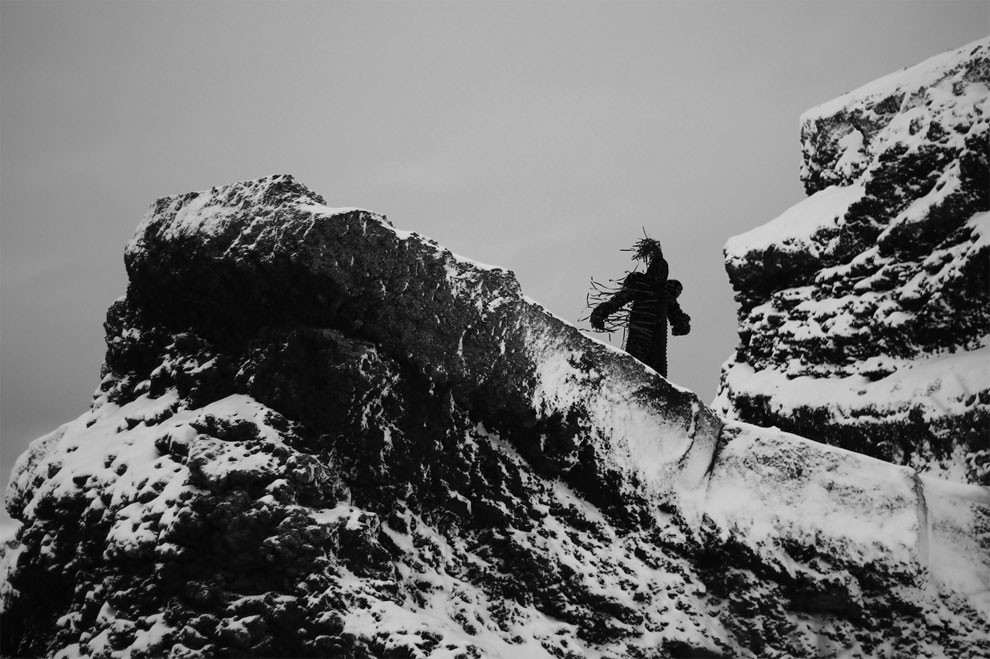 They’re fantastical, horrific, and darkly beautiful. Lovecraft would approve. The artist created an entire narrative about the creatures, which you can take in on his website. “In the form of an outstanding installation skeletonned with VHS film-rolls, he will present V, his new project. 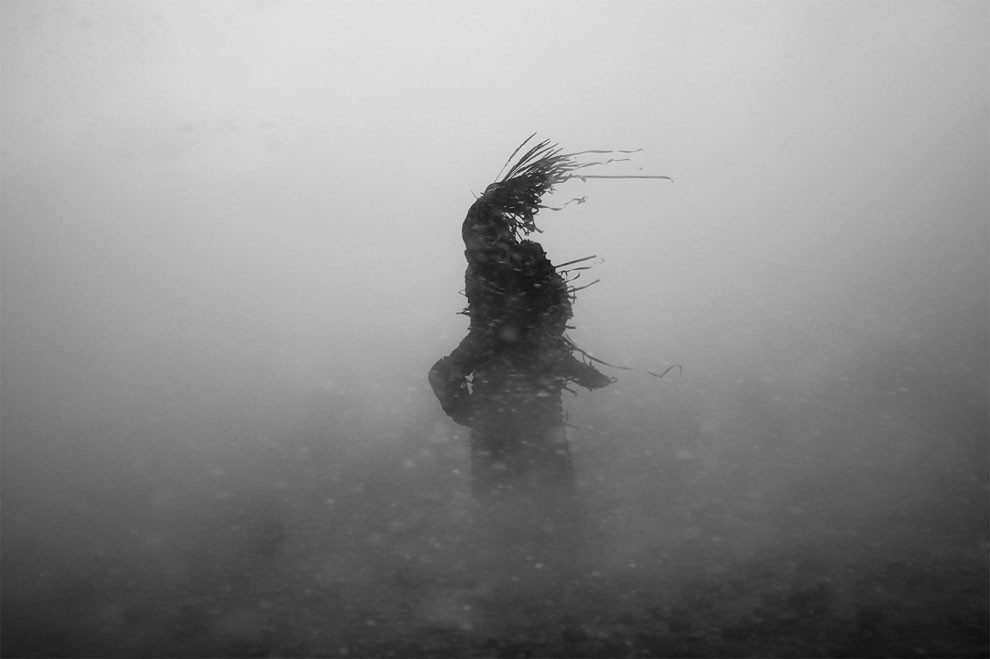 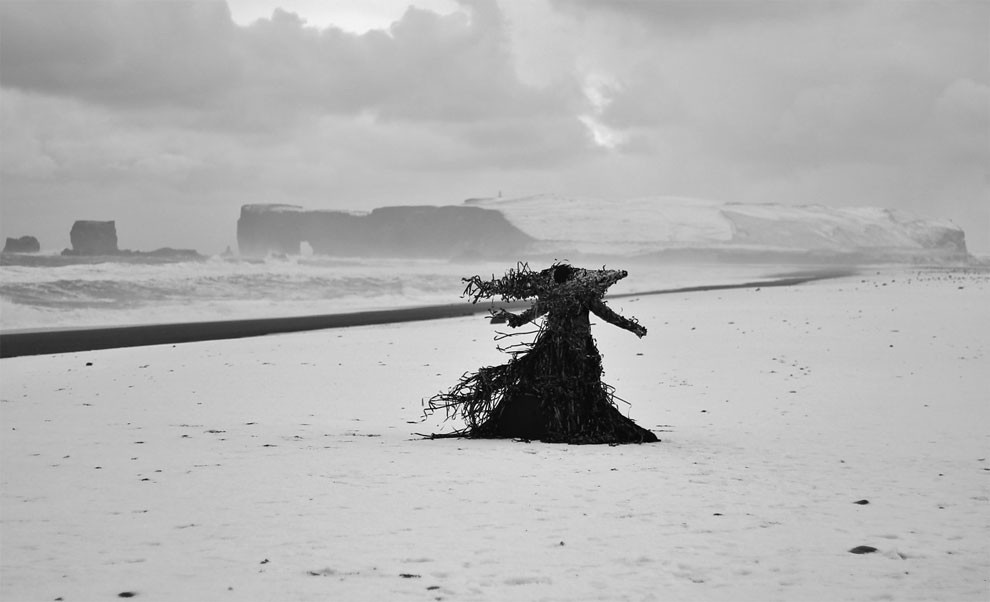 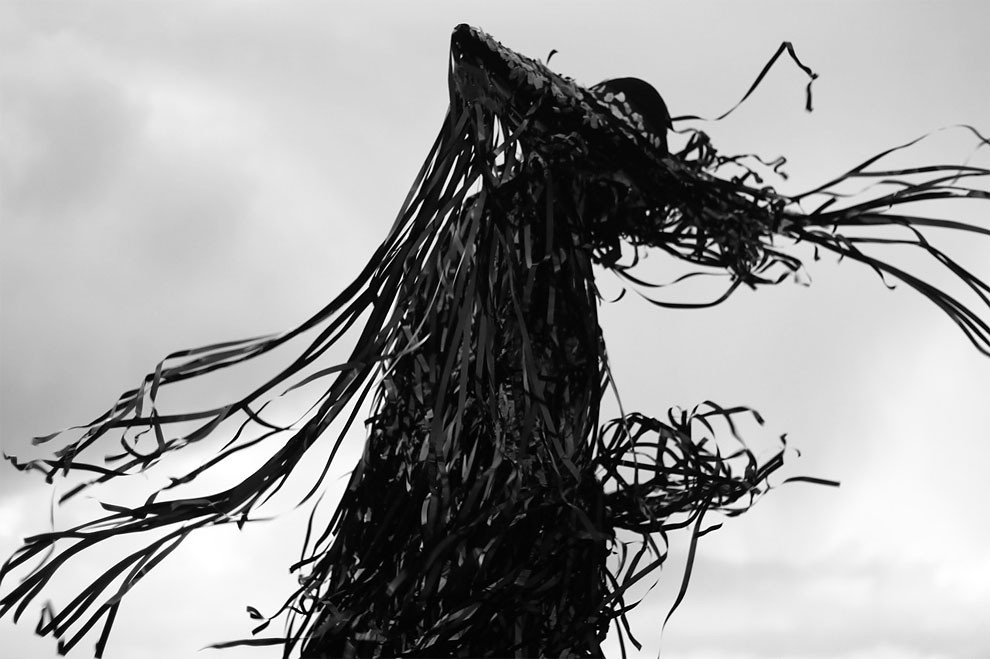 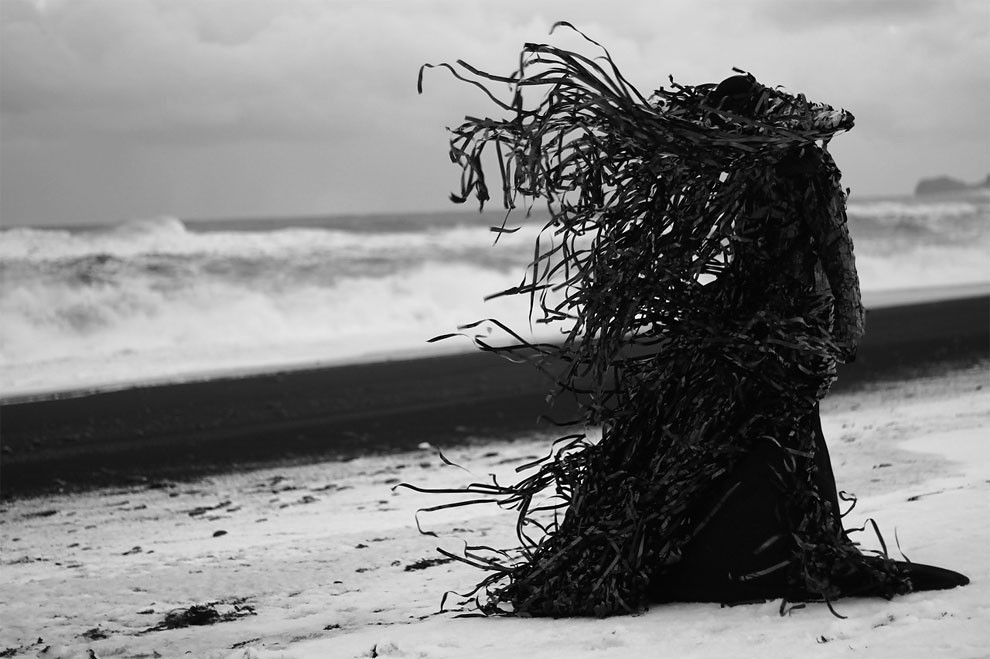 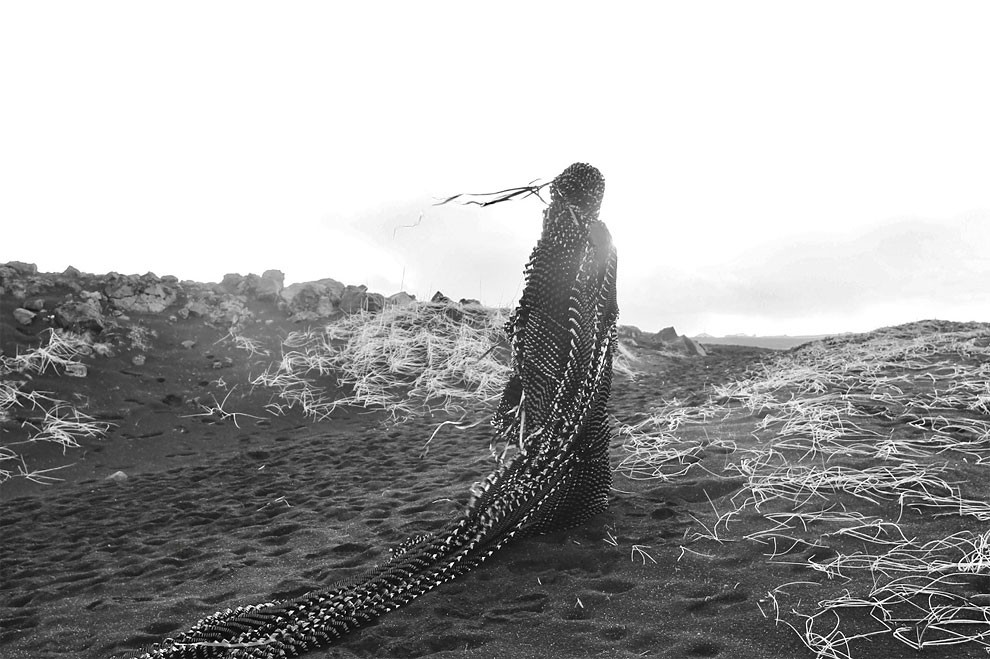 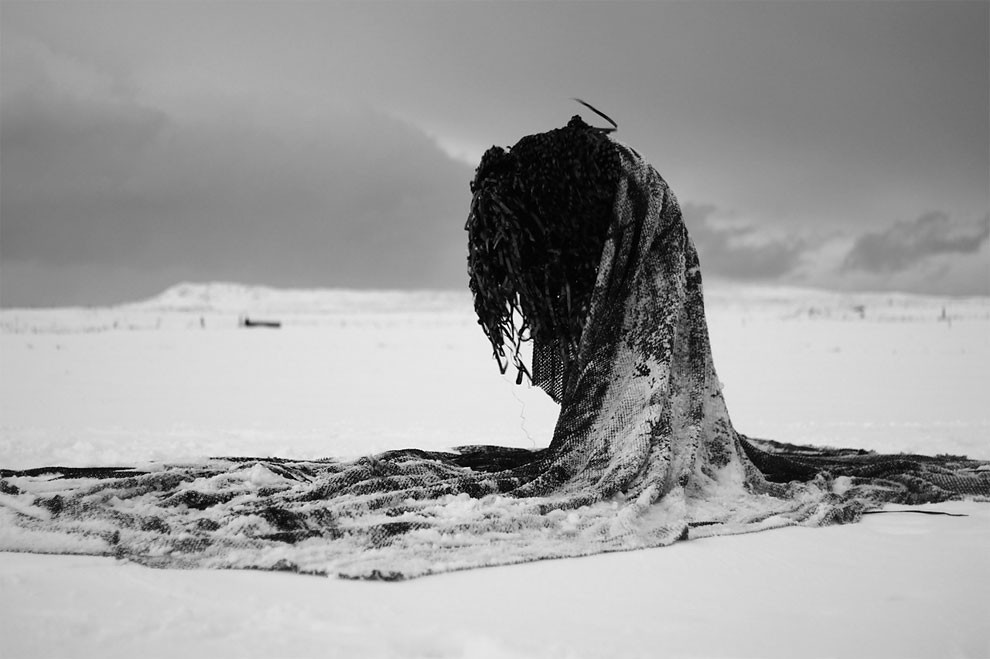 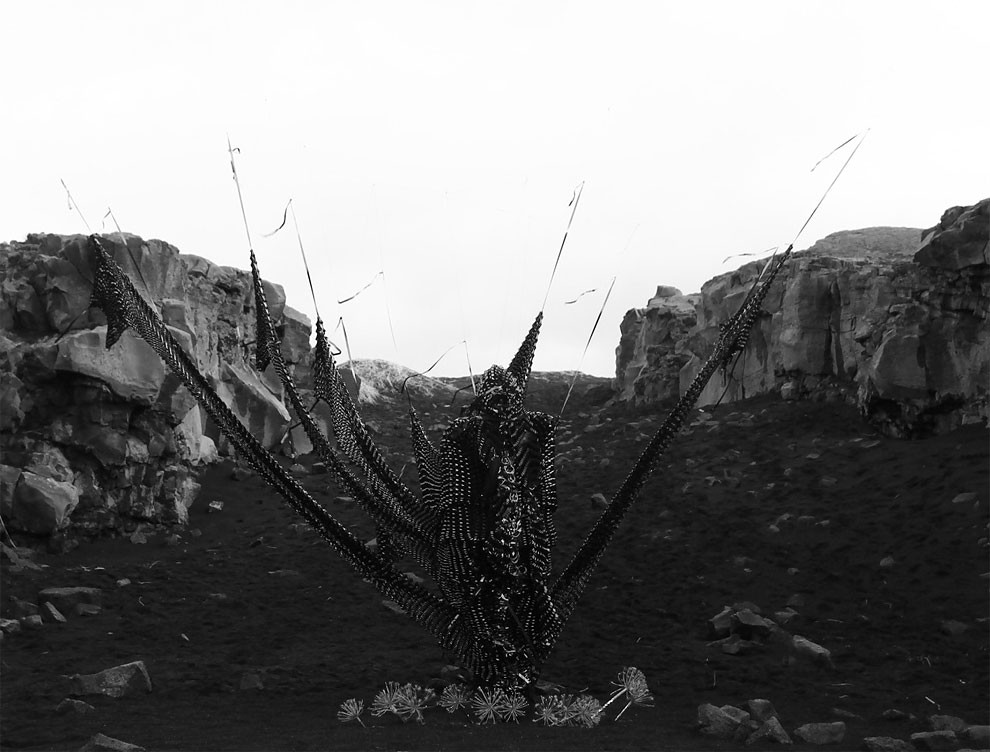