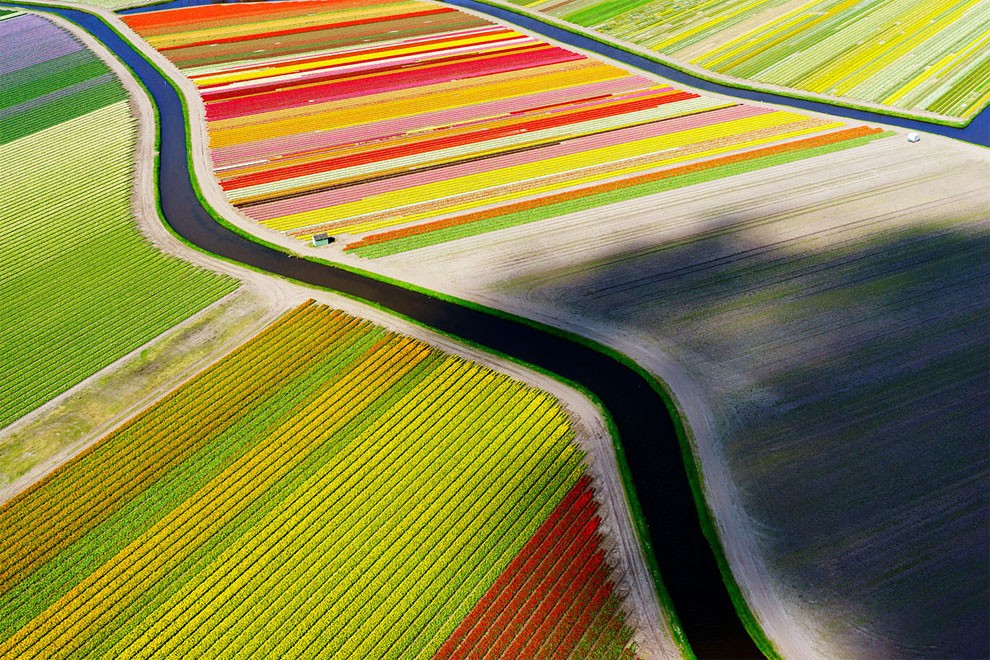 A bird´s view of tulip fields near Voorhout in the Netherlands, photographed with a drone in April 2015. (© Anders Andersson / National Geographic Traveler Photo Contest) 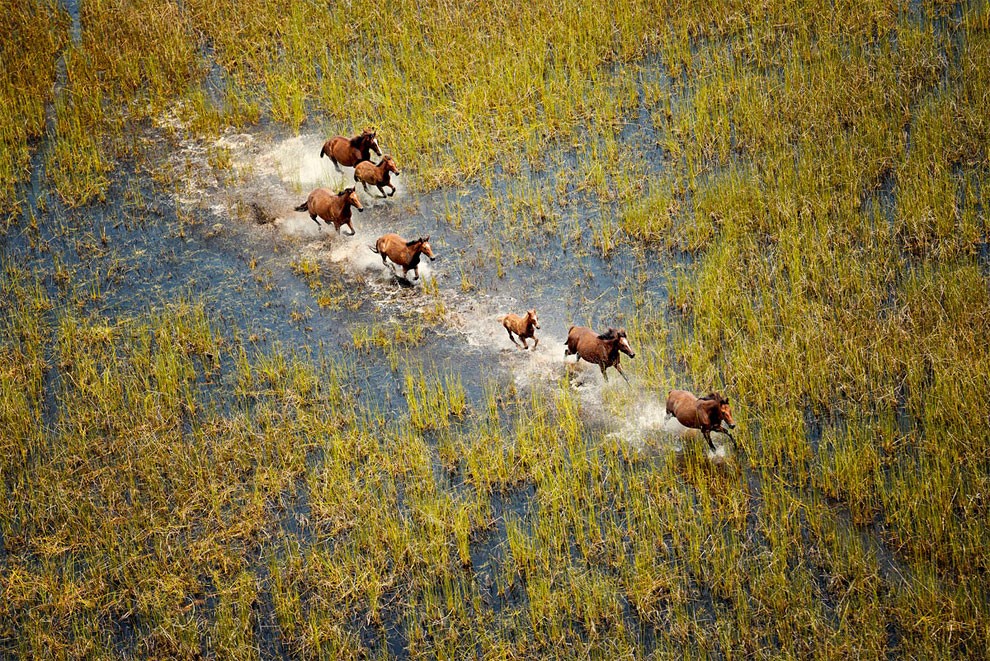 I was on a job in WA and had been doing a lot of aerial work whilst on a boat in the Kimberley. When I got back to the mainland I had been scheduled a joy flight out to the oyster farms and luckily scored the same pilot. Since we already knew each other, Guy suggested flying over a field that usually has wild horses. As we approached everything came together nicely, they ran wild through the marsh and I snapped away. Not my sharpest shot but this photo is everything I love about photography. (© Lauren Bath / National Geographic Traveler Photo Contest) 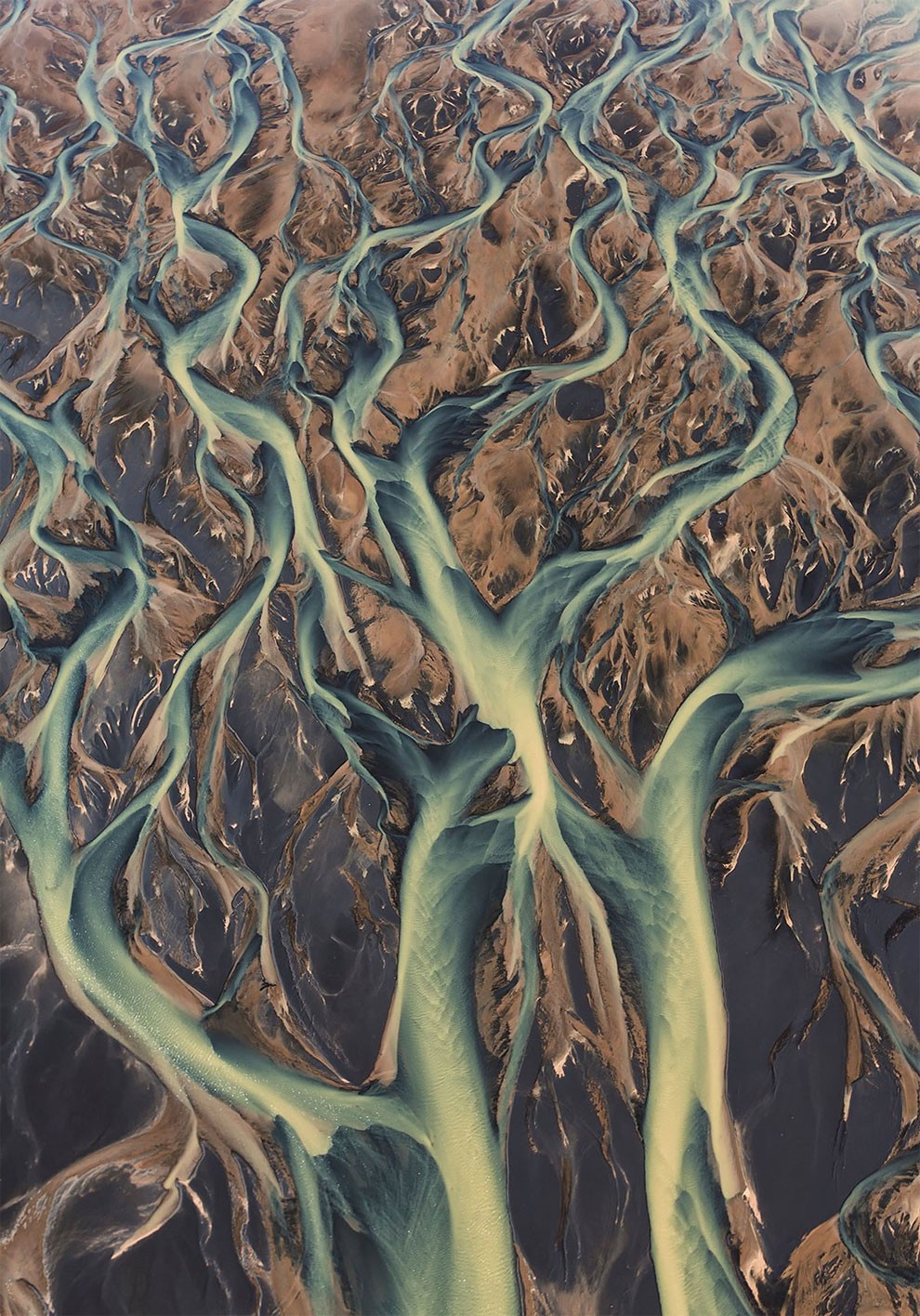 During a Workshop I have taken an aerial photography trip capturing the River of Thjorsa largest river in Iceland via Aerial. (© Sean Ensch / National Geographic Traveler Photo Contest) 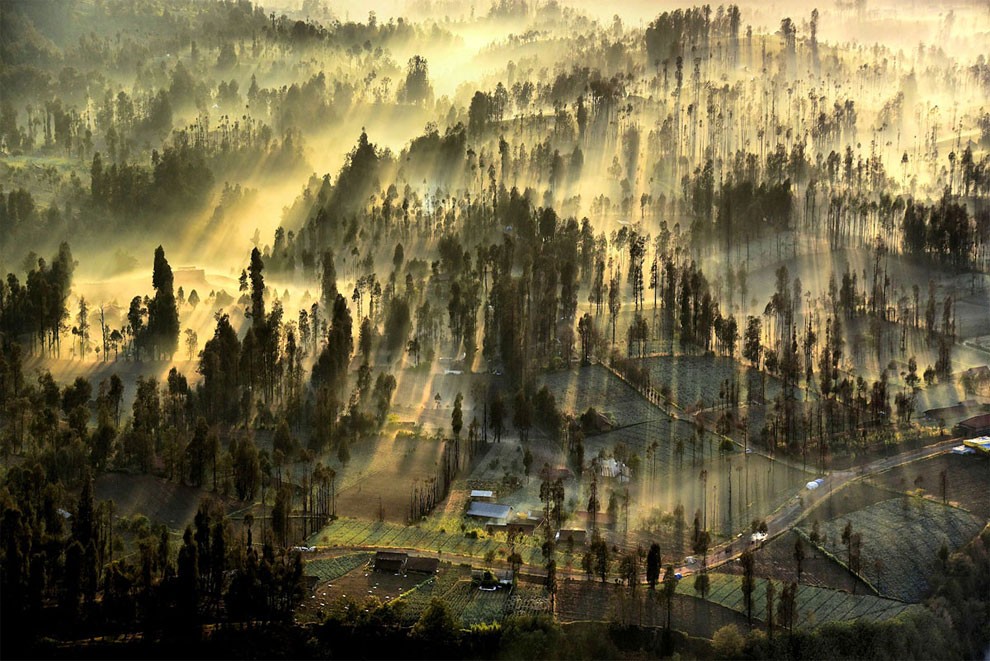 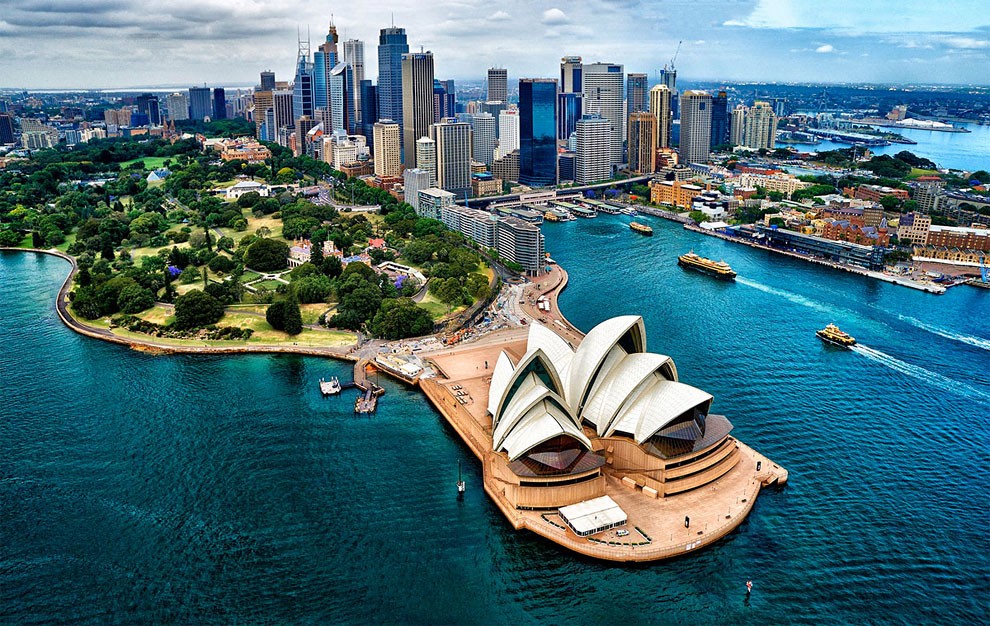 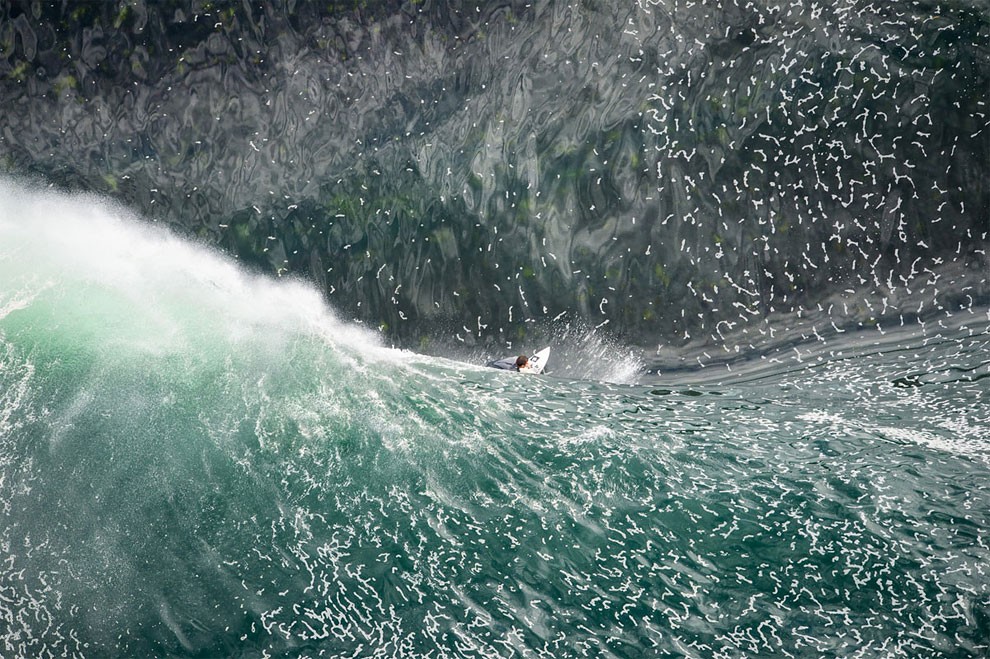 This wave is situated right near the CBD of Sydney. Some describe it as the most dangerous wave in Australia, due to it breaking on barnacle covered rocks only a few feet deep and only ten metres from the cliff face. If you fall off you could find yourself in a life and death situation. This photo was taken 300 feet directly above the wave from a helicopter, just as the surfer is pulling under the lip of the barrel. (© Ian Bird / National Geographic Traveler Photo Contest) 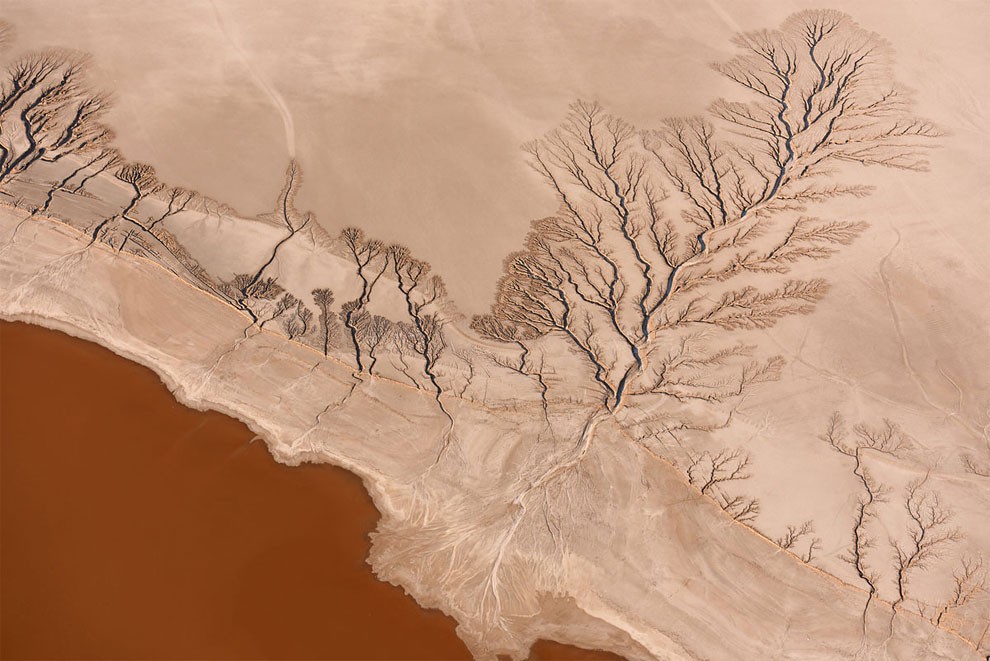 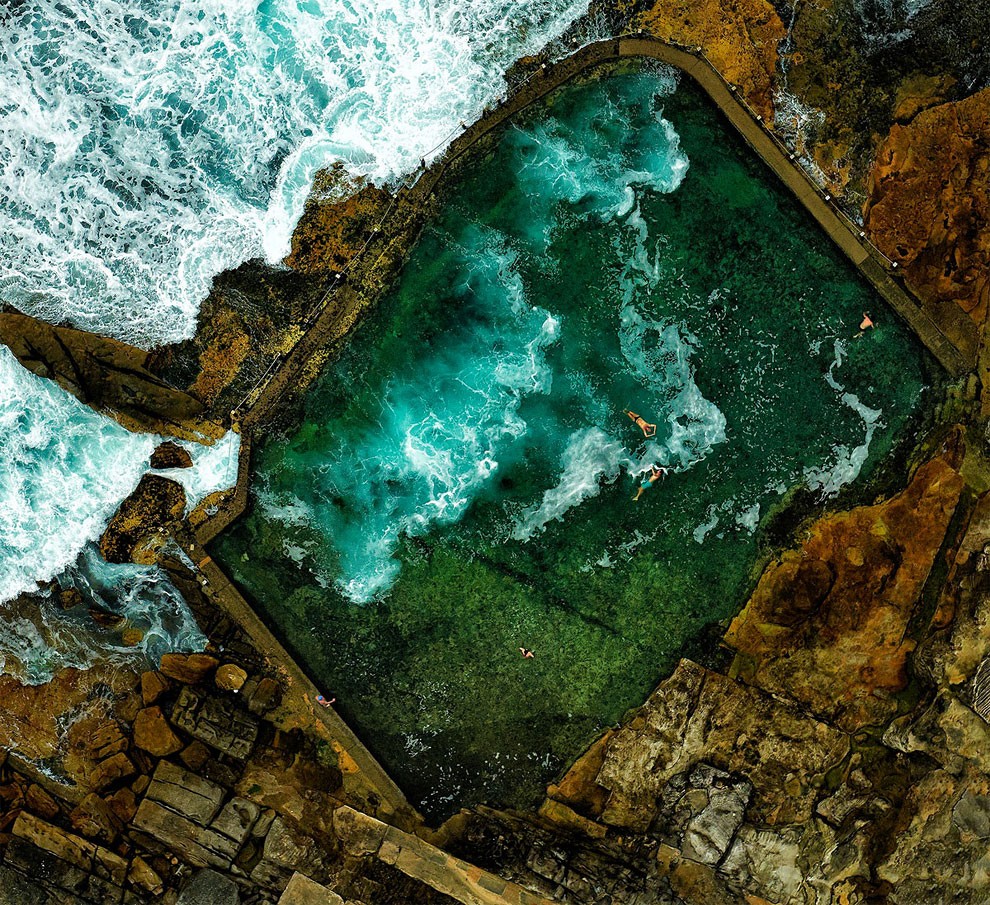 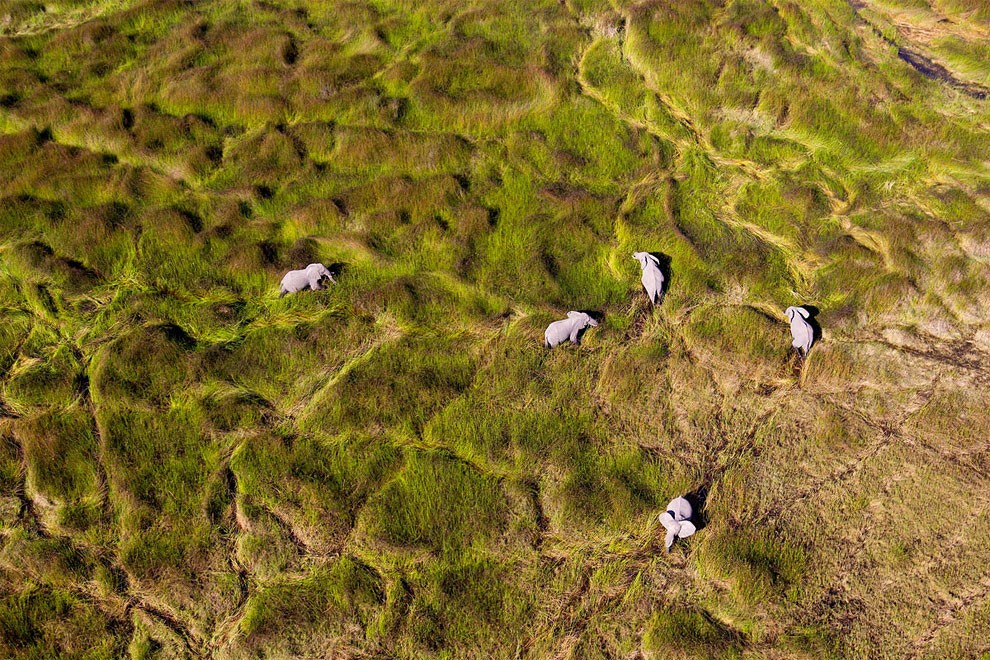 Aerial view of African Elephants (Loxodonta africana), in the floodplain, Okavango Delta, Botswana. The Okavango Delta is home to a rich array of wildlife. Elephants, Cape buffalo, hippopotamus, impala, zebras, lechwe and wildebeest are just some of the large mammals can be found in abundance, drawing in predators such as lions, leopards, African wild dog, cheetah and crocodile. (© Gaston Piccinetti / National Geographic Traveler Photo Contest) 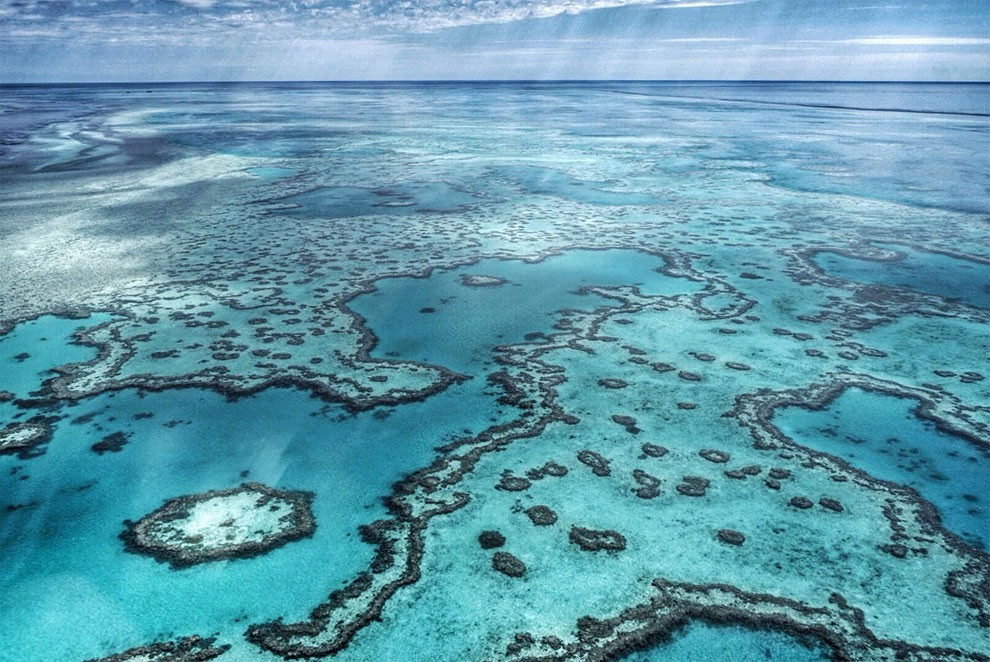 A little treat to myself for working and studying hard, I booked a beautiful Hamilton Island adventure which took me to the Great Barrier Reef. Forever seeking the perfect shot I couldn’t resist seeing this beautiful natural wonder by air. My greatest wish is that we protect the reef from decay so that many generations to come will continue to marvel at its beauty. (© Ingrid Teda / National Geographic Traveler Photo Contest)

Subterranean Amusement Park Located 400 Feet Underground In A 17th Century Salt Mine
Awesome Dad Turns Daughter’s Eyepatch Into Art With Amazing Drawings
This Urban Artist Creates Amazing Rainbow Colored Art Around The World
Photo of the Day: Assimilation
The World's Most Super-Amazing 100% Awesome Catlendar
Photo of the Day: Spider-Man
2014 National Geographic Photo Contest, Week 7, Part 1
Incredible Winning Photographs From The 2020 International Photography Awards
The World’s 50 Best Photos of The Year 2020 by Agora
“Lenin Lived, Lenin Lives, Lenin Will Live”: Lenin Statues 100 Years After Russian Revolution
Incredible Photos Of The Record Breaking Snowfall Night In Reykjavik, Iceland
Amazing ‘Before’ And ‘After’ Photos: Make-Up Artist Transforms A Face Without The Use Of Photoshop
Photo of the Day: Sad Ending
Bizarre Photographs of Thailand’s Buddhist Hell Garden
The Breaking Bad-Themed Coffee Shop Has Just Opened In Istanbul
Photo of the Day: Peregrine banding at University of Pittsburgh
The Mighty Oak Planted In An Abandoned Dovecote
44 Amazing Photographs That Captured Daily Life of New York City in 1983
This Couple Took An Amazing Newborn Photoshoot… With Their Dog
Amazing Rock Art Pieces By Stefano Furlani
Huge Bikini Snow Show As Russians Mark The End Of The Skiing Season
Stunning Winning Images of The Wildlife Photographer of the Year 2022
Photo of the Day: Burned From The Inside Out
Rare Shots of the Abbey Road Cover Photo Session
aerial, amazing, contest, highlights, photo, traveler