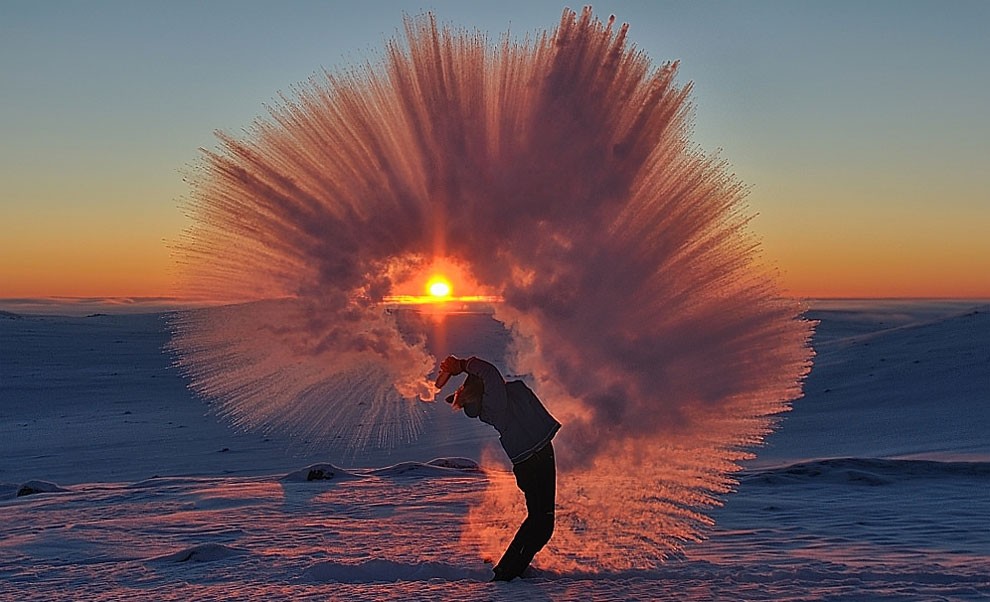 Taking advantage of the plummeting winter temperatures and armed with a thermos of hot tea, Ontario-based photographer Michael Davies and his friend Markus set out to capture some dramatic photographs. Trekking to the top of a mountain located just 20 kilometers (12.4 miles) south of the Arctic Circle, the pair began throwing the leftover hot water into the air (which was a chilling -40°C) and photographing the liquid as it instantaneously froze before it even had a chance to hit the ground. 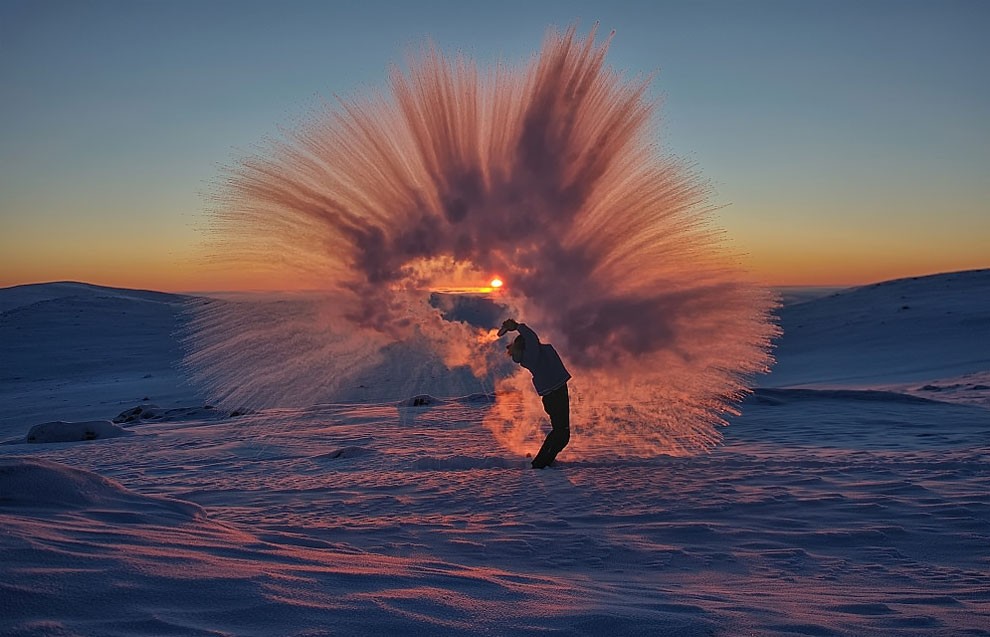 The images were taken fairly close to Pangnirtung, a community where Davies has worked as a photographer for the past ten years. The winter season in this isolated northern town are frigid and dark, often with only a few hours of sunlight between sunrise and sunset. The stunning shots were well planned, as Davies tracked the temperature and took into account the angles, lighting, wind direction and speed in order to capture the magnificent photograph. 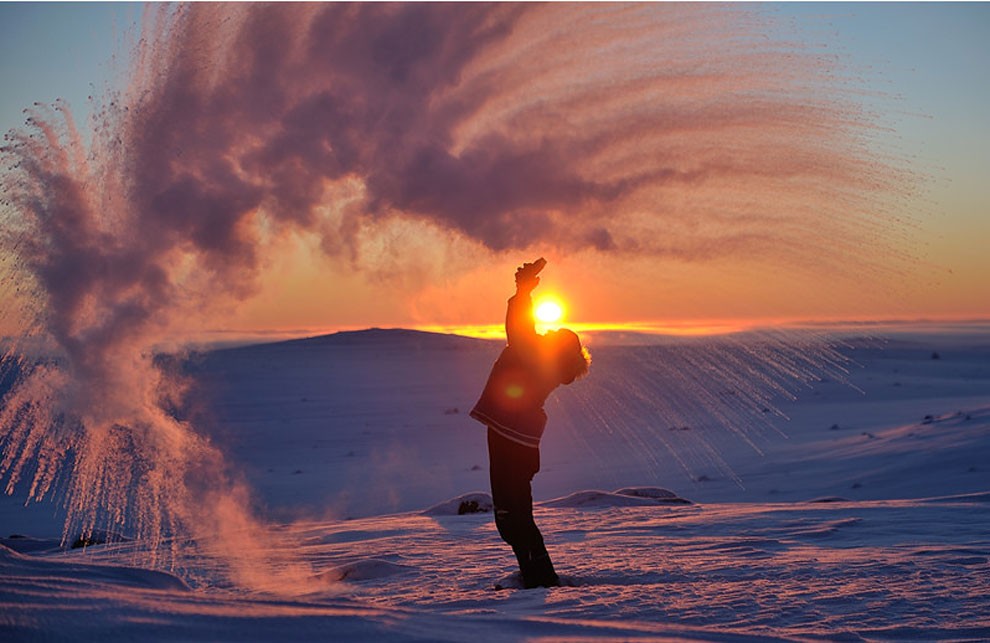