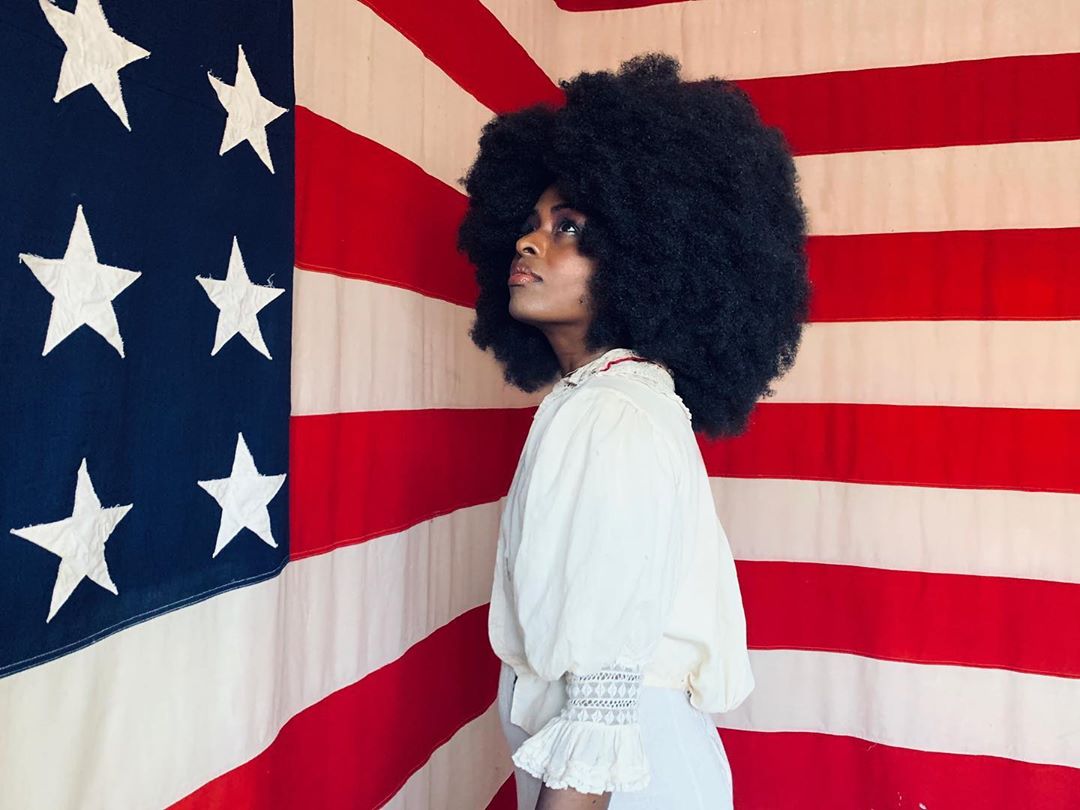 With the explosion of global protests and activism demanding an end to racial inequality, Jameelah Nuriddin and Erin Hammond consider the complicated relationship between African Americans and the American flag in a series of photos.

The eight images capture a giant 200-year-old flag, a young black woman with a giant afro, and various postures combining the pledge of allegiance and black power poses. They are accompanied by a manifesto, written by Nuriddin, that mirrors the preamble to the US constitution. Nuriddin is also the model in the series. 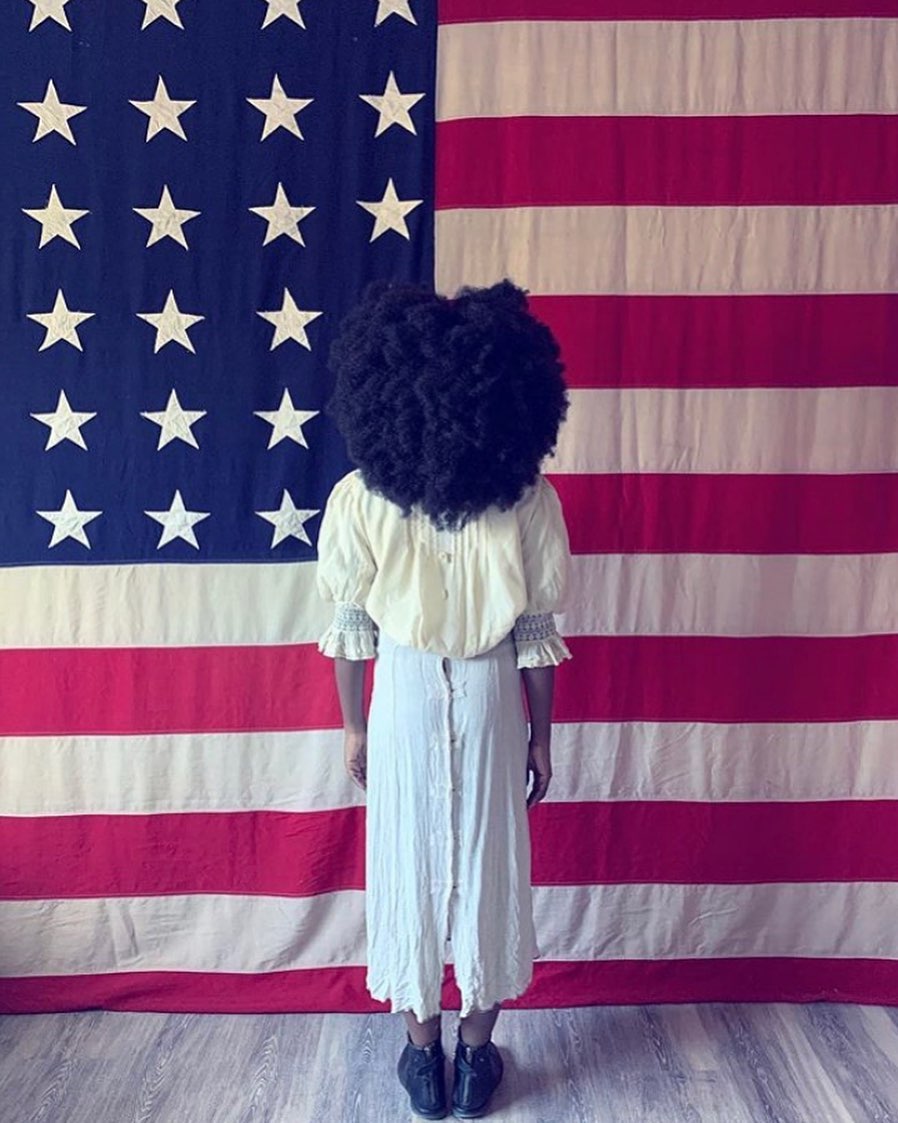 “We, the people, are creating a world where every woman, man, and non-binary human being is met with dignity and respect. We have learned from the mistakes of our forefathers and are building a new America rooted in the complete and total liberation, support and growth of all people…” 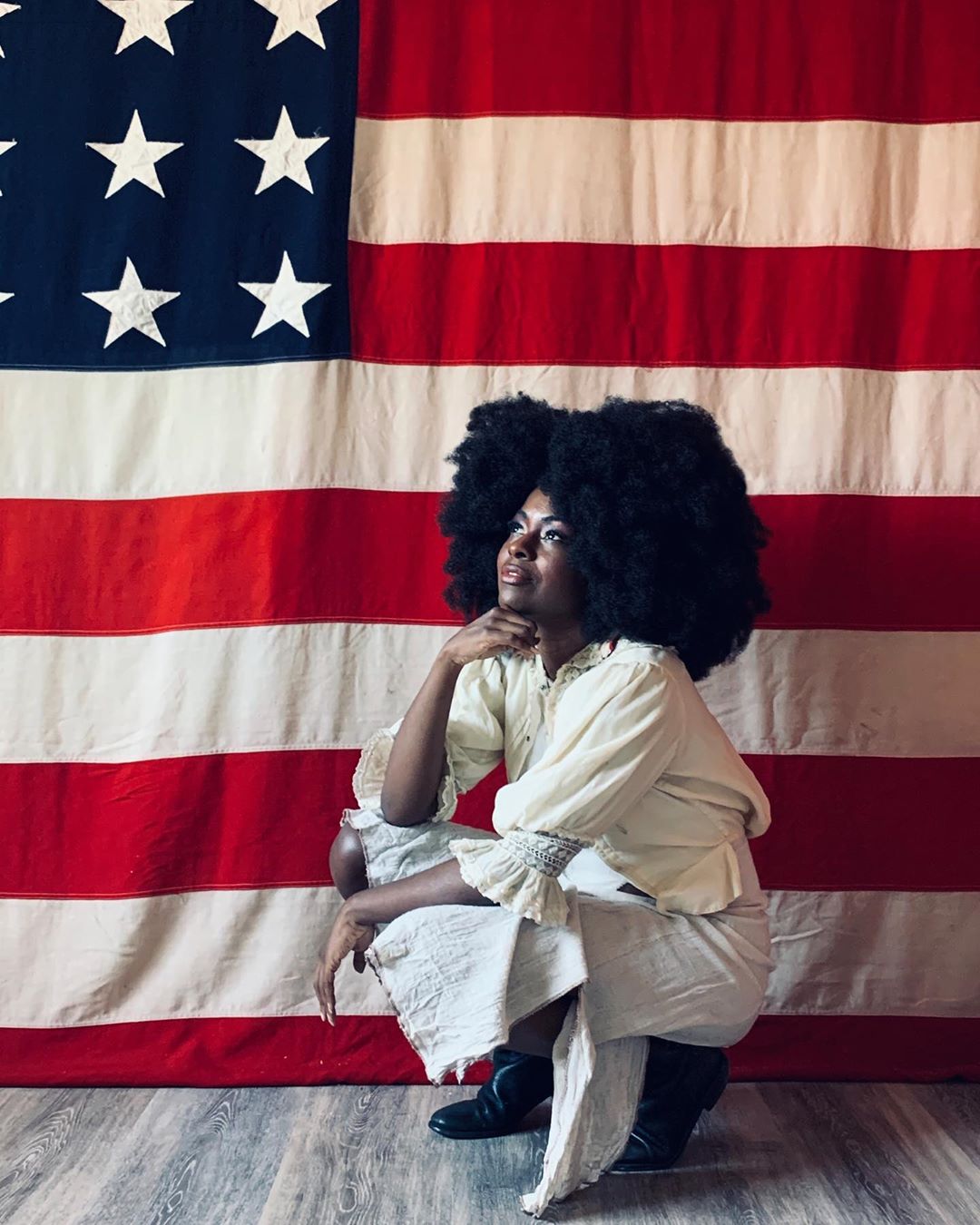 “We cease to subjugate black and brown people, whose ancestors built this country and instead uplift, honor and make amends for injustice.” 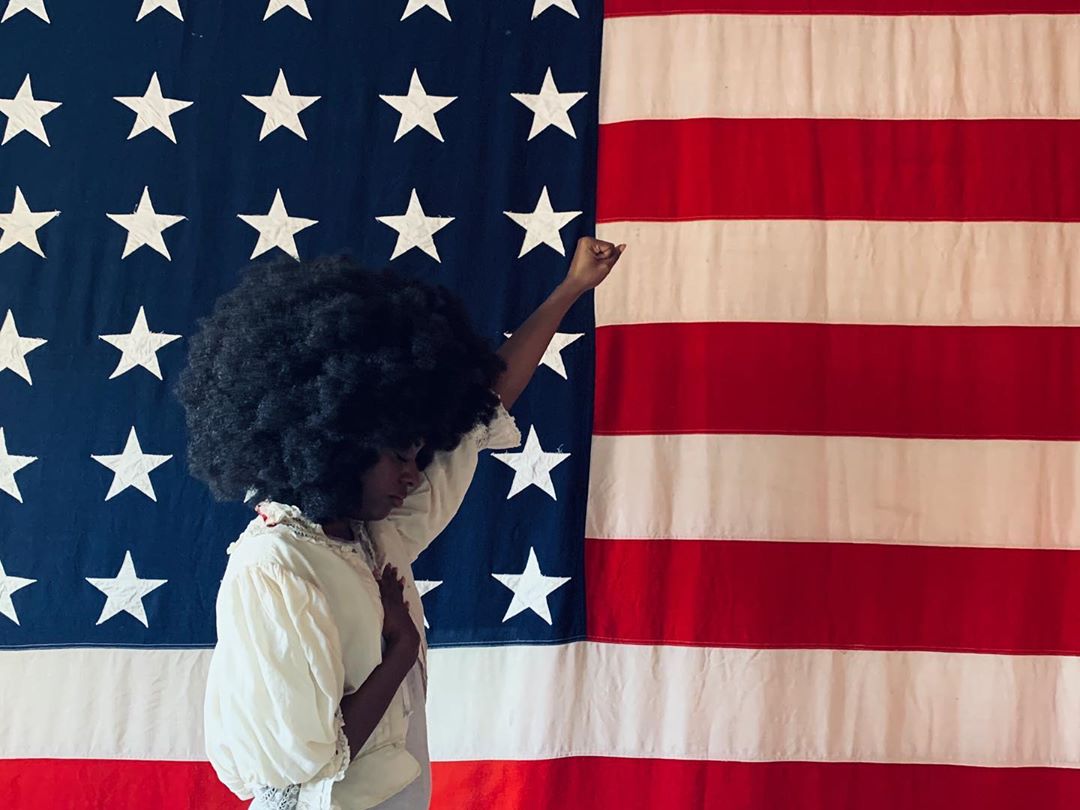 “We need to give Lady Justice back her eyes.” 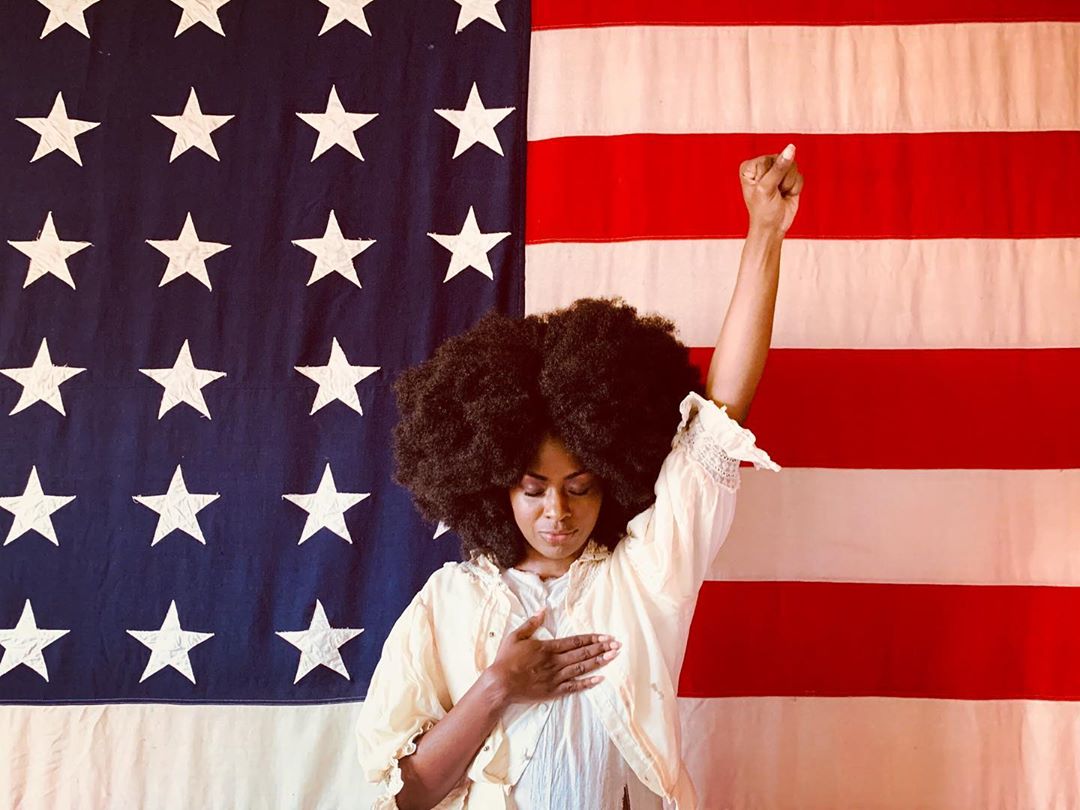 “Envision a world where all humans are free and equal – where we prize each other over material things – we stand against tyranny and oppression, hatred and fear.” 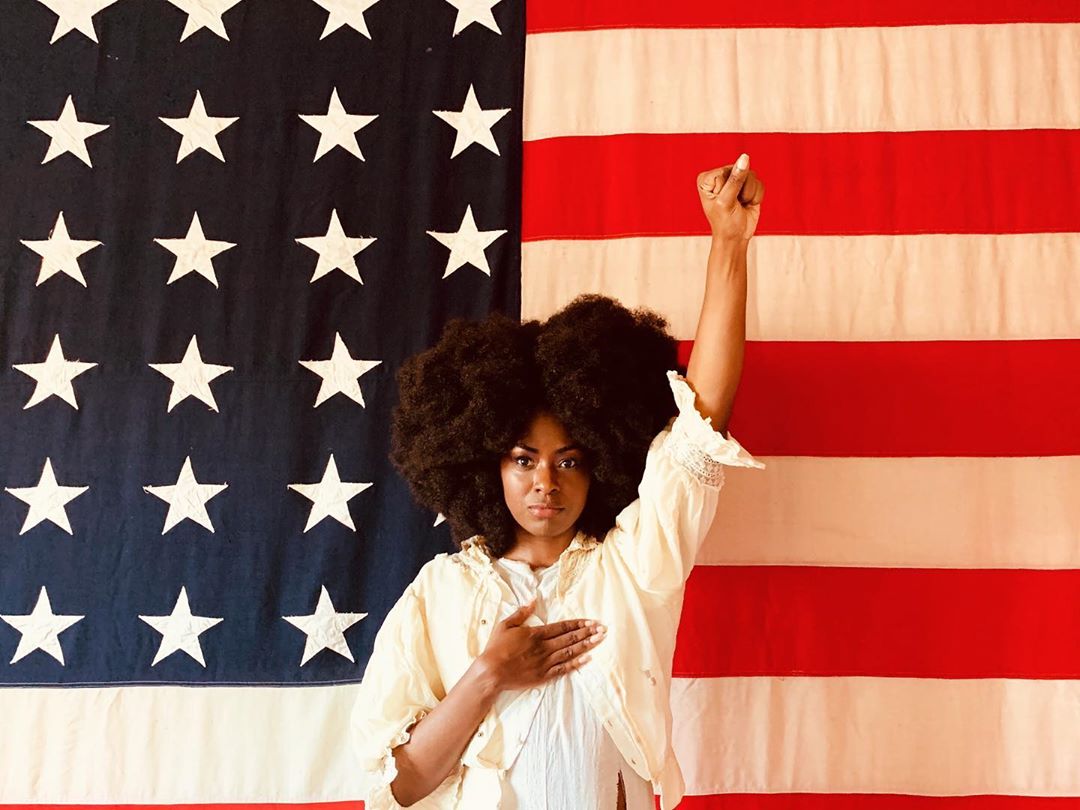 “We honor the past and learn from those that have come before. We respect the future and leave this world better than we found it. All spiritual and religious doctrines center on one fact – treat each other as we are one. See your siblings on this earth as interconnected.” 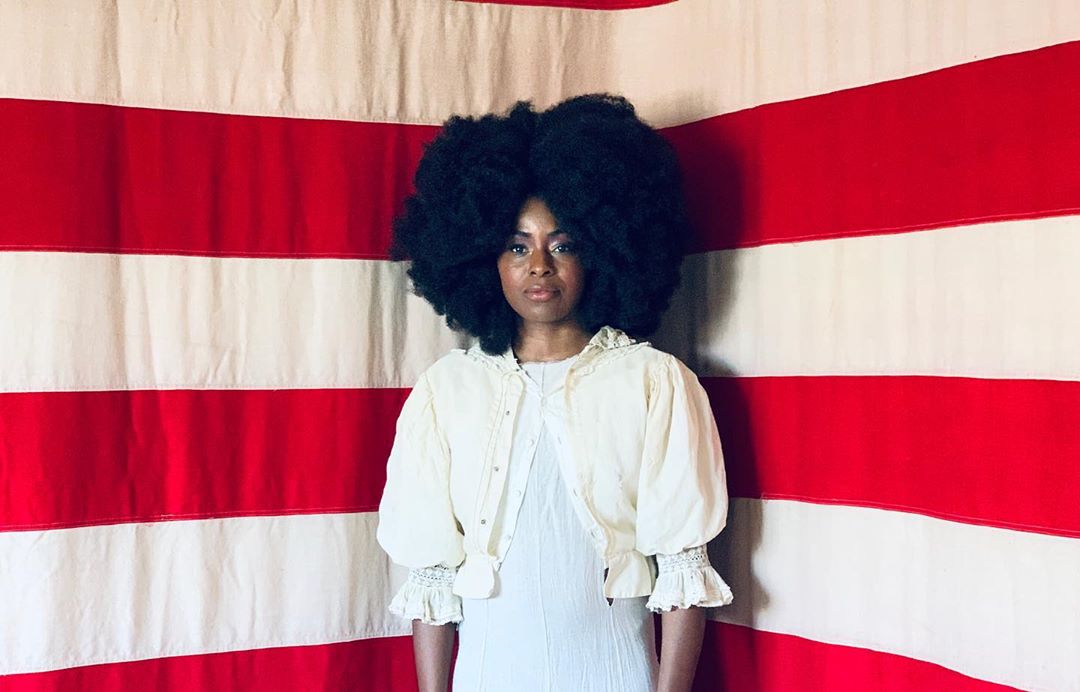 “We, the people, envision a world of true liberation. Where the value of a person’s life is not placed on how much they own, but how deeply they love… We believe respect and dignity are the birthright of every human being.

In this new America, there is nothing more Un-American than racism. We are divesting hatred, fear, and discrimination from the American Flag – holding it up in a new light that fully realizes and expresses the goals and beliefs written in the Constitution – that all people are created equal. This is our America. In order to honor life, liberty, and the pursuit of happiness for everyone, we must wipe the last vestiges of injustice from our flag and practices. We are now transcending together and making the ideas of the Constitution whole – to finally fully actualize the words of freedom in the Constitution, in totality, for all people.”