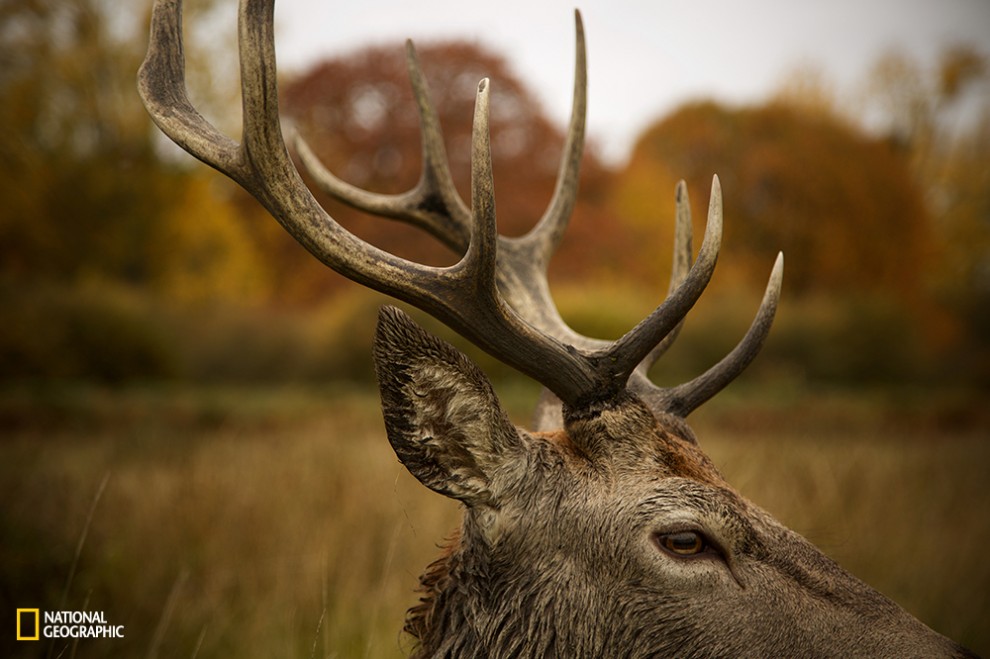 After over an hour habituating, this stag became calm with my presence and allowed me to sit within a couple metres, letting me use a 24-104mm and bring out the details. An autumn wildlife spectacle photographed in Richmond, London.

Cormorants Fishing in the dark night 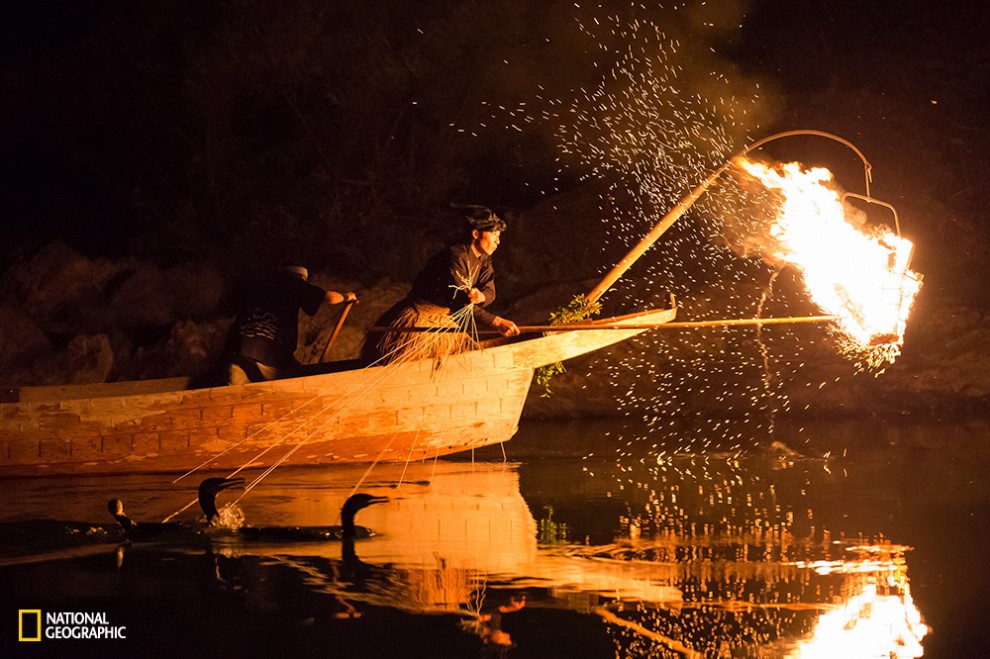 Ukai Japan has a history of more than 1300, it is one of the traditional fishing method that has been done in countries such as China.People use cormorants to catch fish in the light of the lamp bonfire.

Angel in the sky 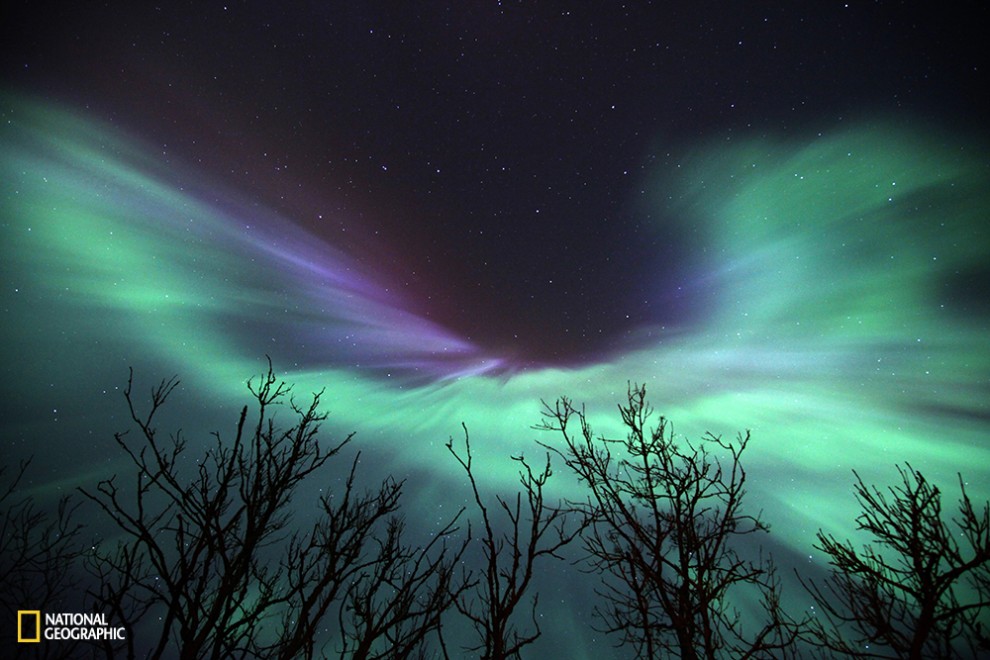 Stunning northern lights show in Estonia. I have never seen such spectacular show before. It is not everyday event to see northern lights in Estonia especially so mighty ones. This photo reminds me an angel with wings widely spread. Certainly there are some greater powers than human can imagine.

Let there be light 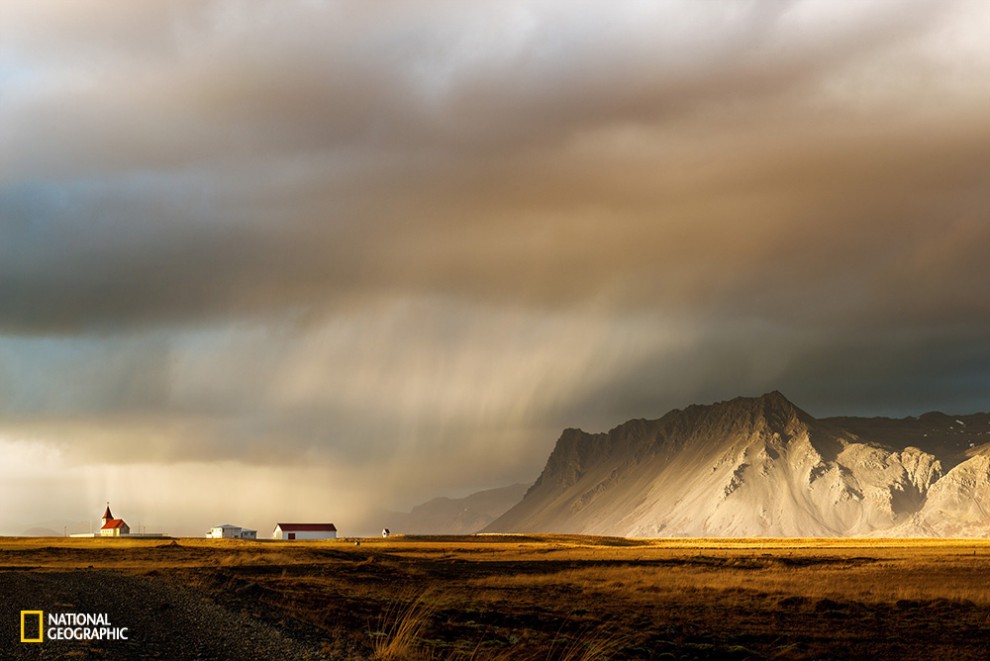 It was one of those days, great for landscape photography as rain clouds raced across the sky leaving gaps for shafts of sunlight in between. I’d been watching the play of light of the mountainside as I drove but wanted a subject to make a photo. It was then I saw the church. I pulled off the highway, set up my tripod and waited. Finally, the church and the mountainside were bathed in that gorgeous soft late autumn light. It was just a moment but I was ready with the shutter release. 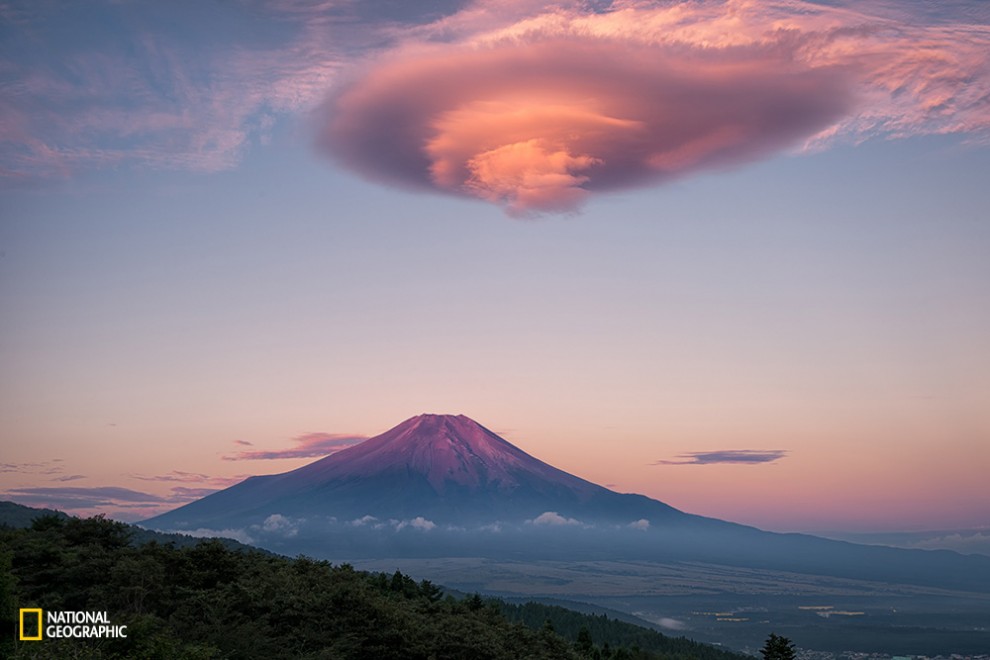 Mount Fuji creates two types of lenticular clouds. One is called Kasagumo (umbrella cloud) and appears on top of Fuji. The other is called Tsurushigumo and shows up in the lee. Fuji created a huge Tsurushigumo this morning and it became pink just before the sunrise. 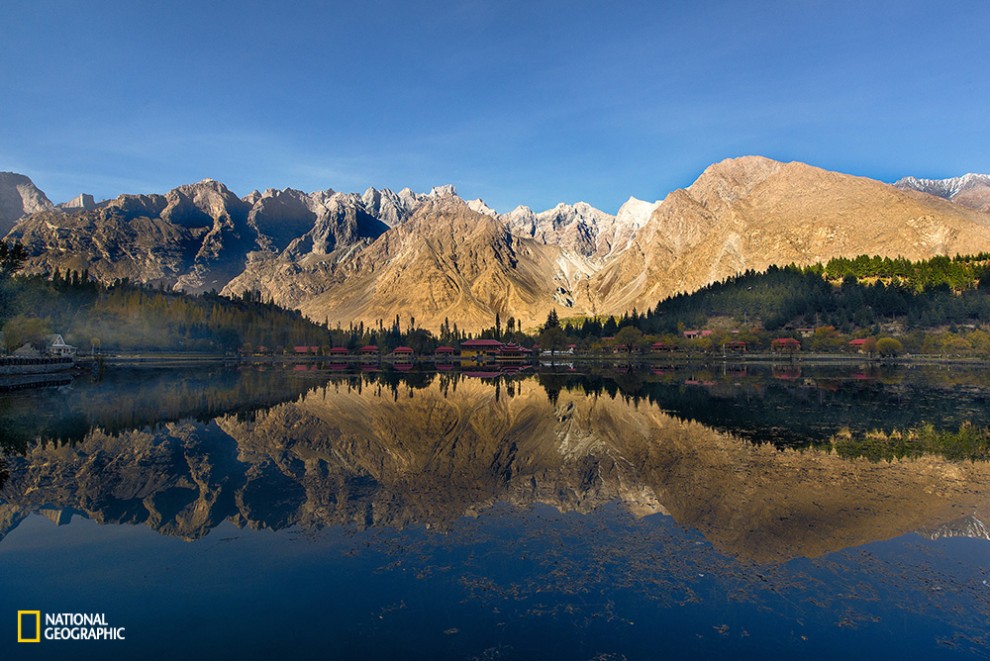 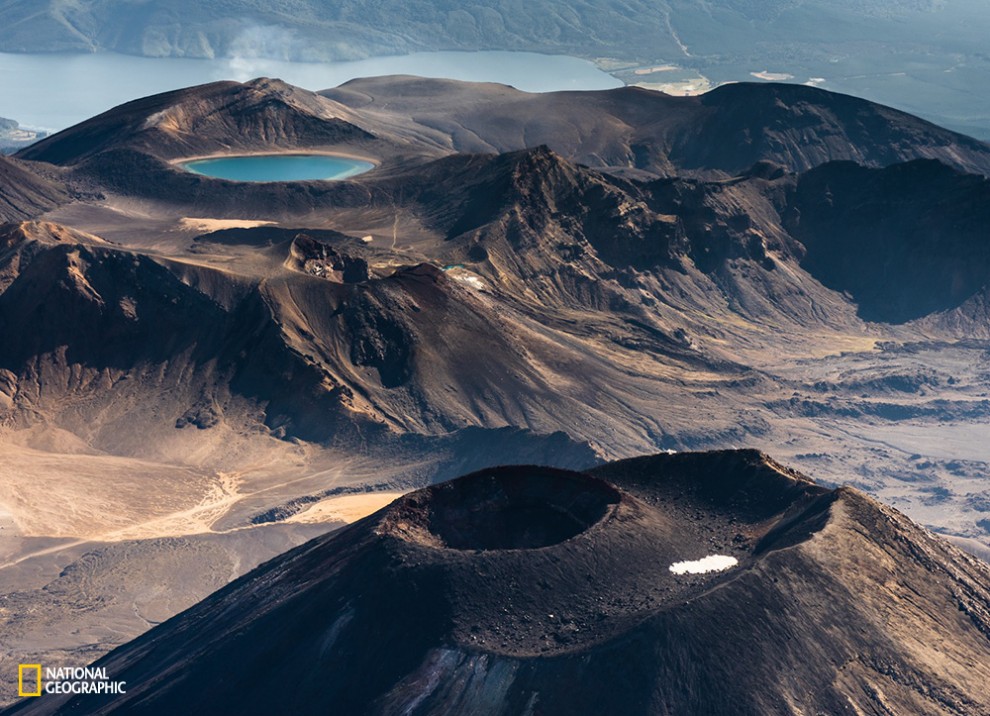 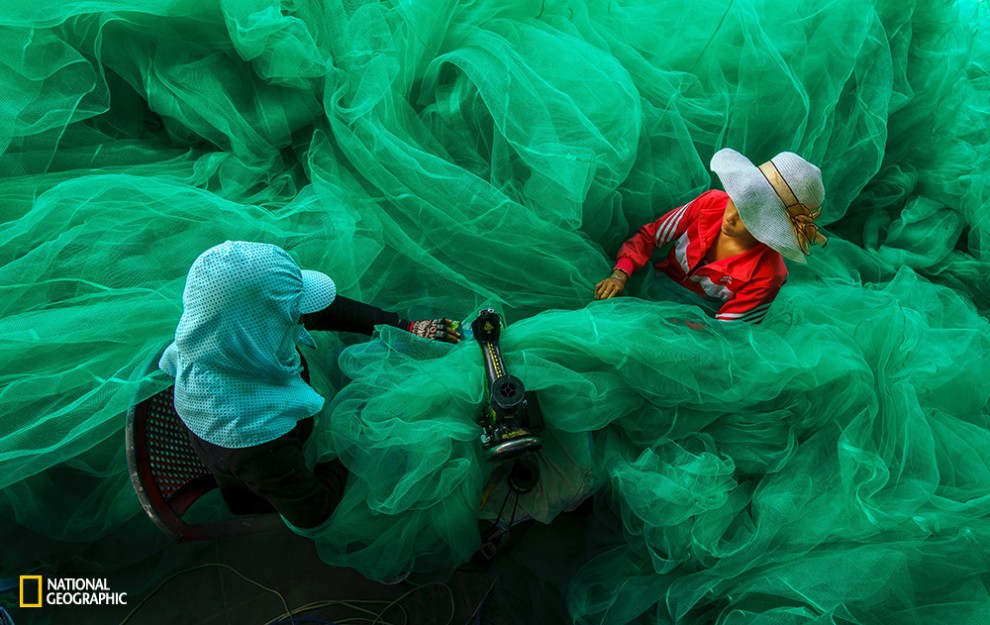 In Vinh Hy Bay, two women become lost in the fabric of a fishing net. That was just a random moment when I came to the fishing village to shoot the lifestyle of the fisherman. While the men do their fishing, their wives stay at home and do the errands. When we were there, the ladies were sewing the fishing net for a new fishing season. 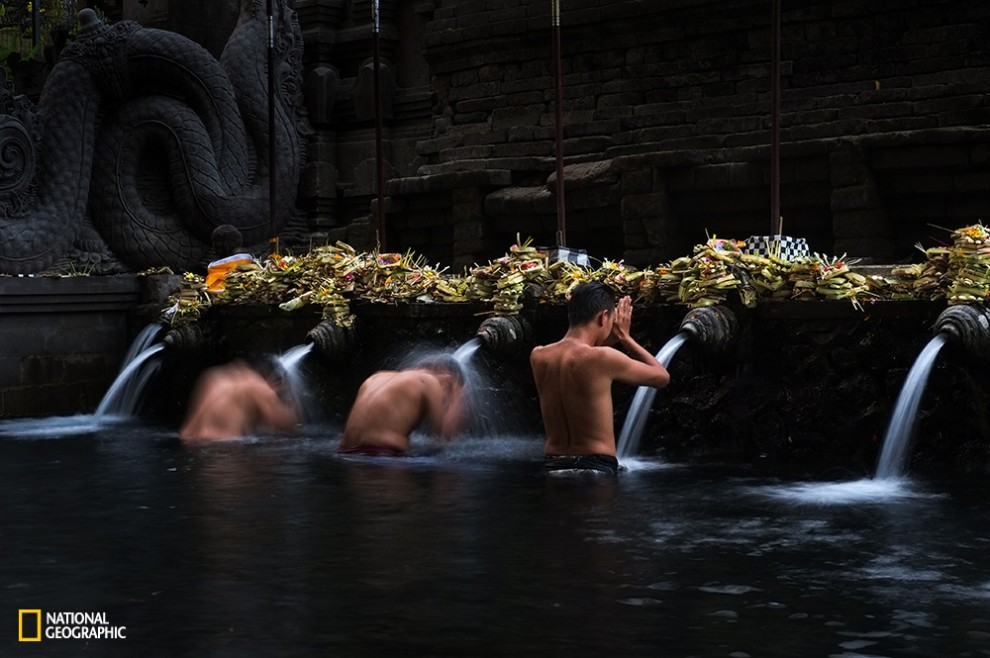 Bathing ritual taken place in one of the main temple in Bali, Tirta Empul Temple. Its fresh spring water is believed as holy water to purify the body and soul. 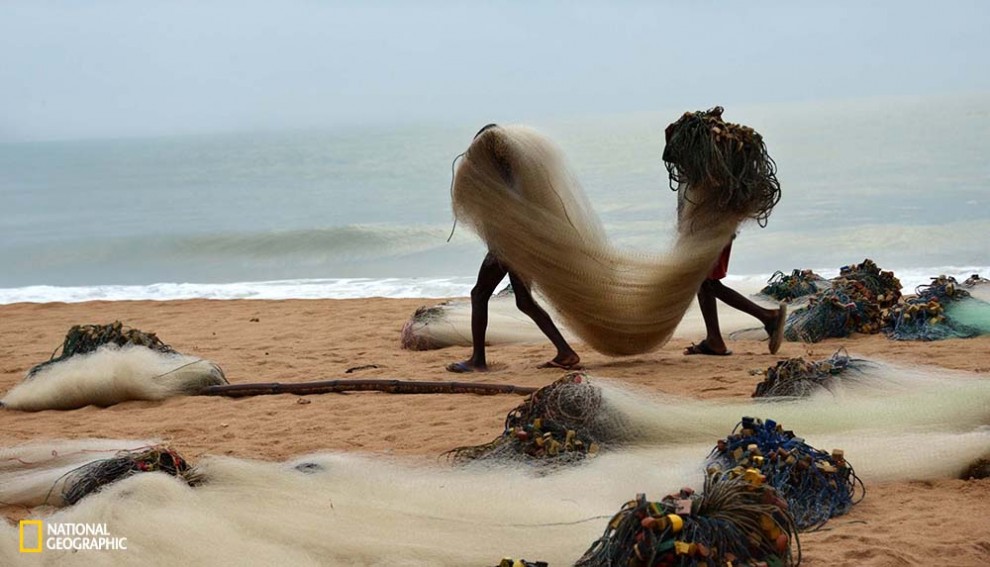 A little bit of Bear’s Paradise 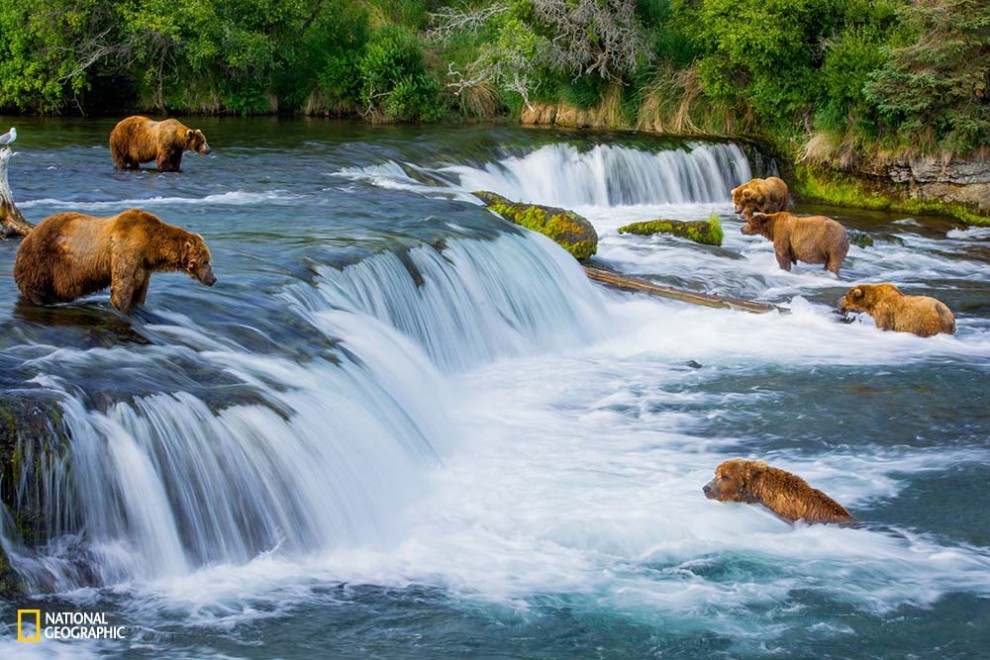 I’ve loved watching wildlife documentaries since I was a kid. One of nature’s wonders that fascinated me the most was the annual return of Salmon to their birthplace for spawning…and the bears that live off of this phenomenon. To be able to see it happen in real life was just completely magical and struck a chord deep within. There were about 12 bears at the falls, but 6 that dominated the prime spots. It was peaceful between the bears as there was plenty of salmon to go around! 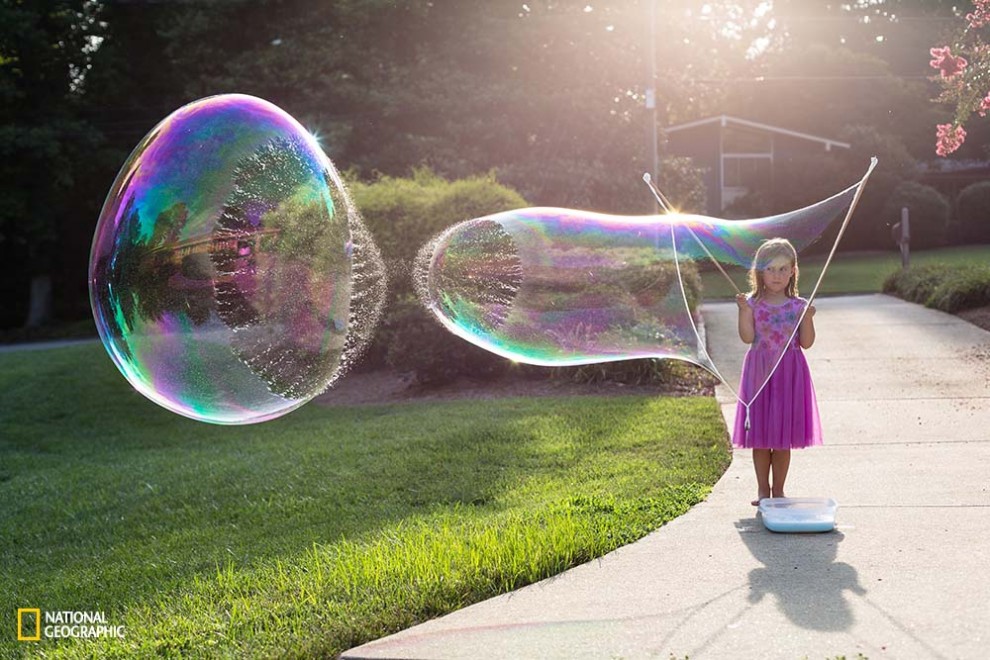 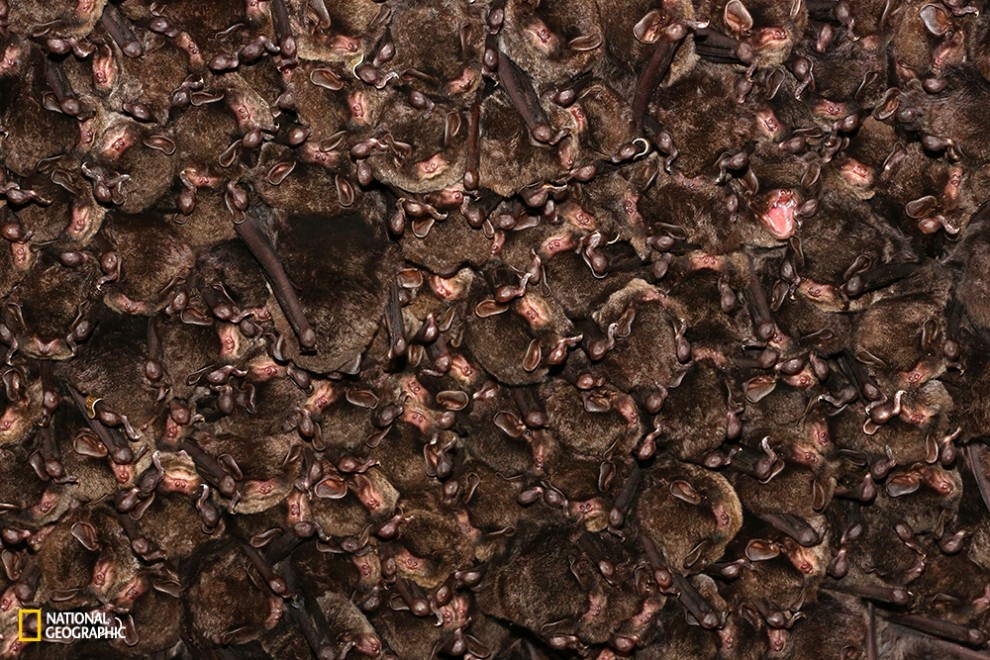 During several years, researchers of Eastern Bent-winged Bat were looking for a winter colony area. We found a colony for propagation in summer first. But when winter comes, they have disappeared completely by a group. Researchers tagged about 800 bats. But when winter comes, any bats aren’t found. This phenomenon was mysterious for researchers. We found this valuable colony by search for several years. Canon EOS 5D Mark III + EF70-200mm F4L, 1/160, f/16, ISO3200, and Sunpak16pro Ring strobe. 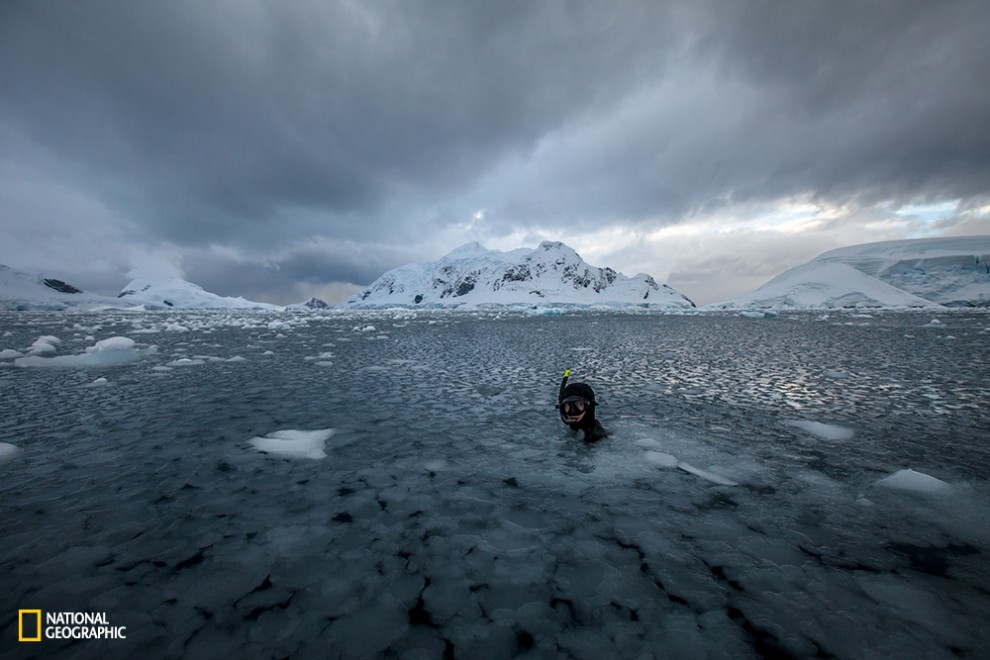 Freediving session in Antarctica…not even cold! 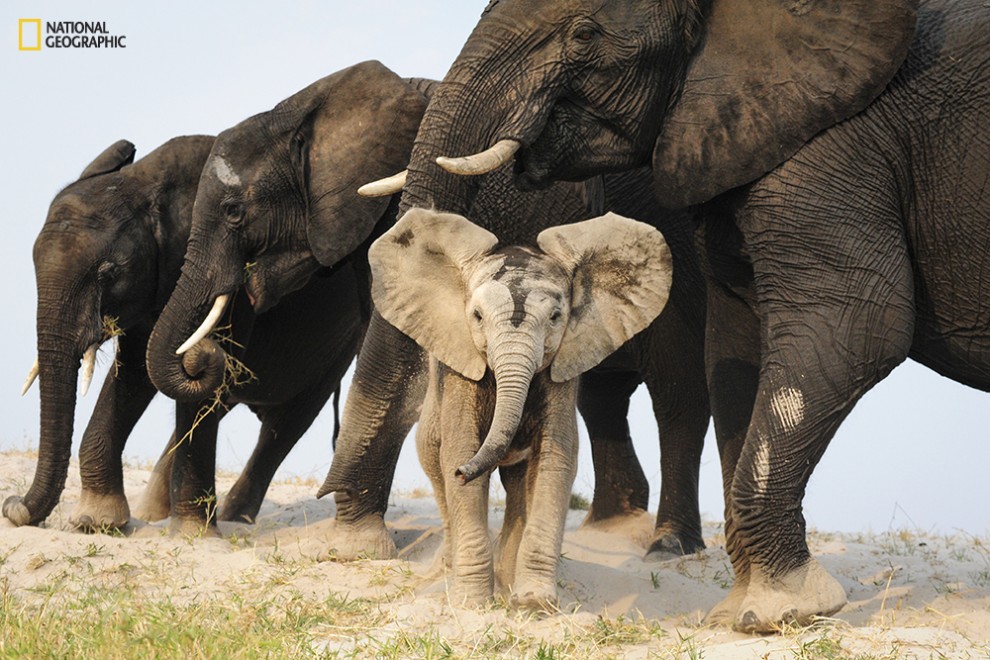 A line of elephants had just crossed the Chobe River on a hot day. As they relaxed by flicking cool sand on their backs, they were very aware to hide the youngest in the center of their grouping. For one moment though, this little one disguised in sand got through to give us a quick hello.

Sunset Above the Fog 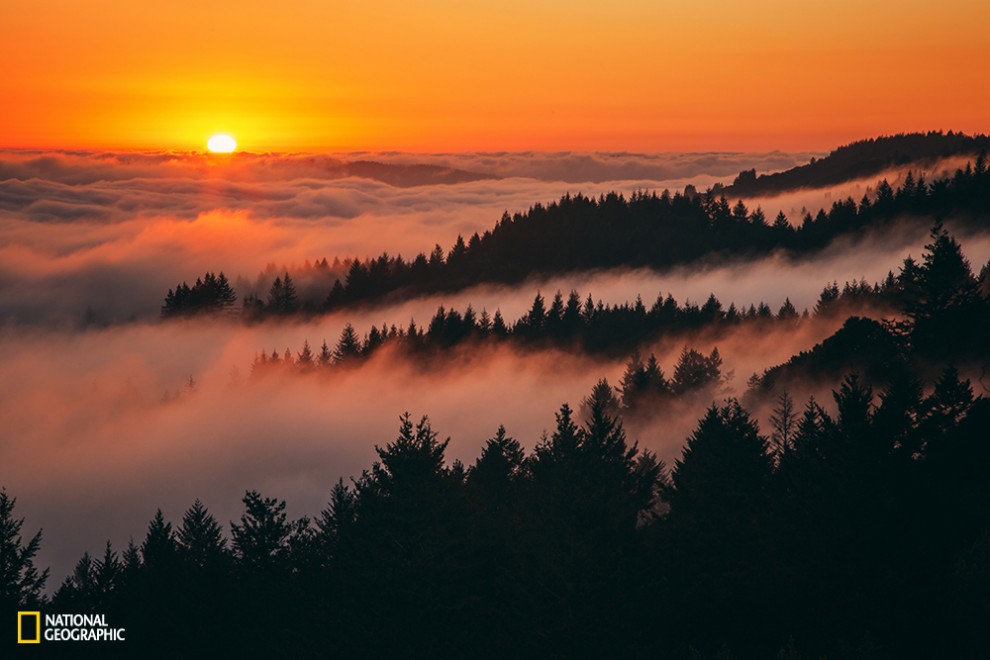 A warm and peaceful sunset above the fog at Mount Tamalpais, Northern California. 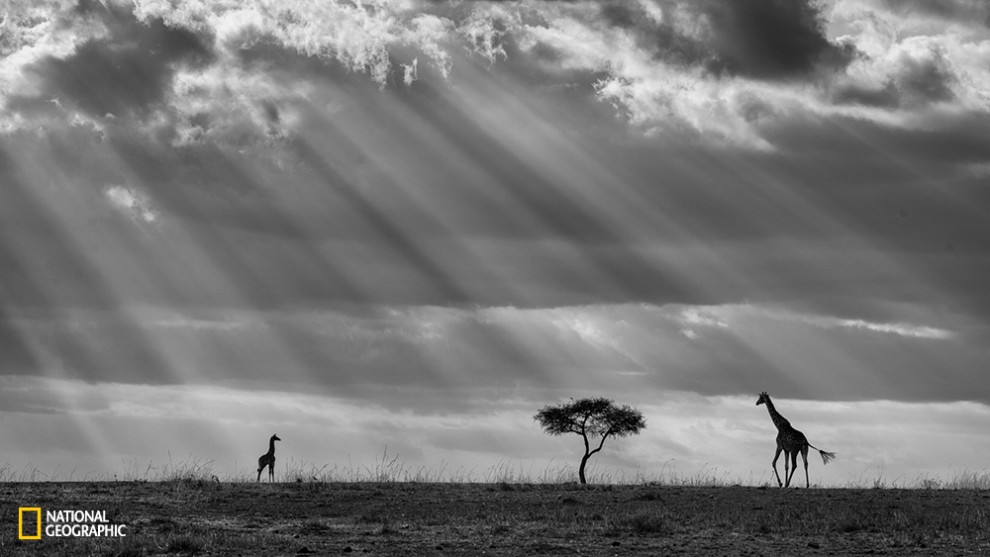 A baby giraffe seems to call the mother under an incredible sky full of sun rays. 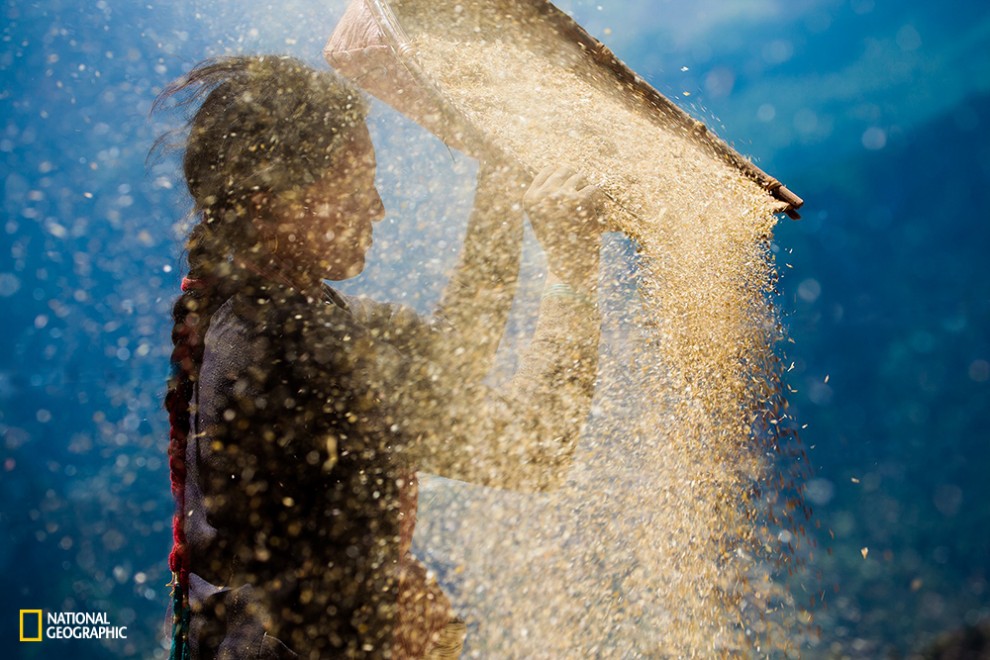 I took this photo during the recolt season. After recolting the wheat in the fields, they beat and filter it on the roof of their houses for the next winter. 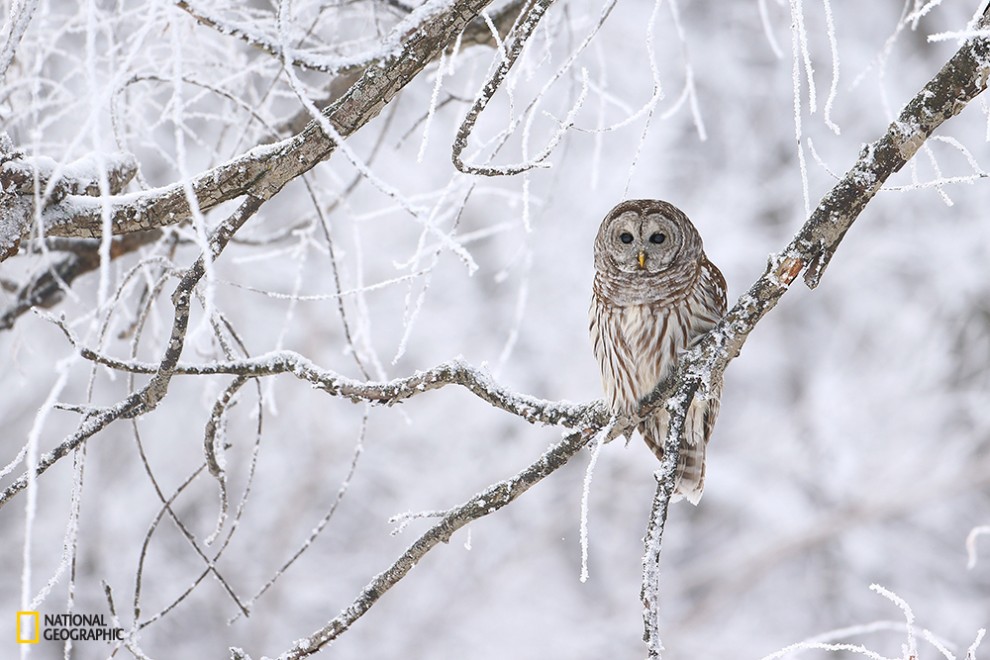 A lined owl which watches the field attentively.

Kids and The Abandoned Pinisi 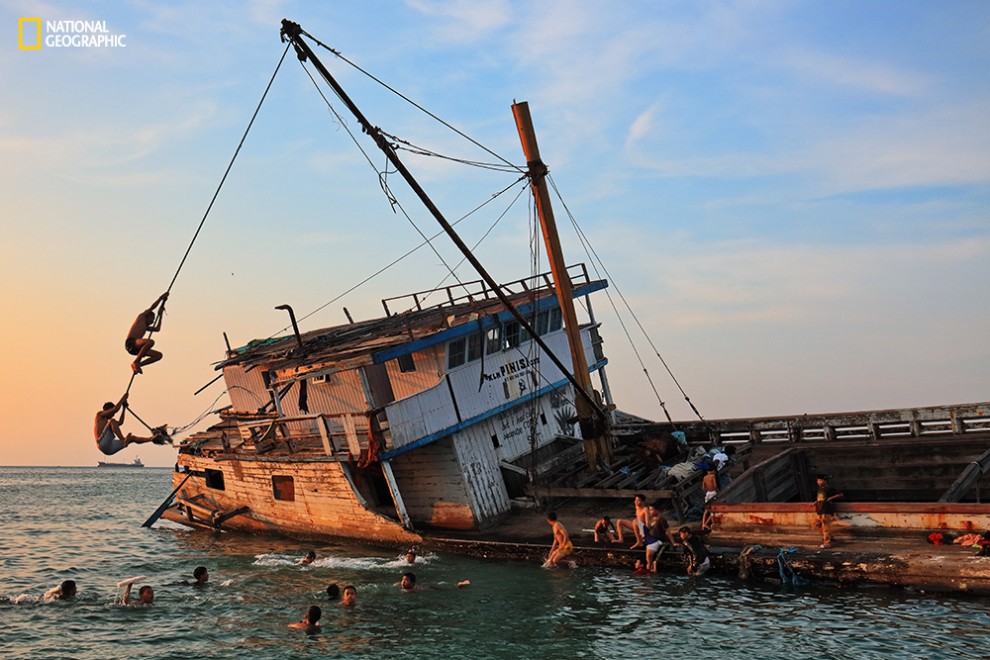 Centuries ago the Buginese and Makassarese people were famously known as the great sailorman. By using handmade wooden boat named Pinisi they explore the boundaries of the country even to Madagascar. Even today the lives of the people there are still familiar with the sea. I took this photo on an afternoon in The Port Paotere where childrens descendants of the great sailor playing in shipwreck. 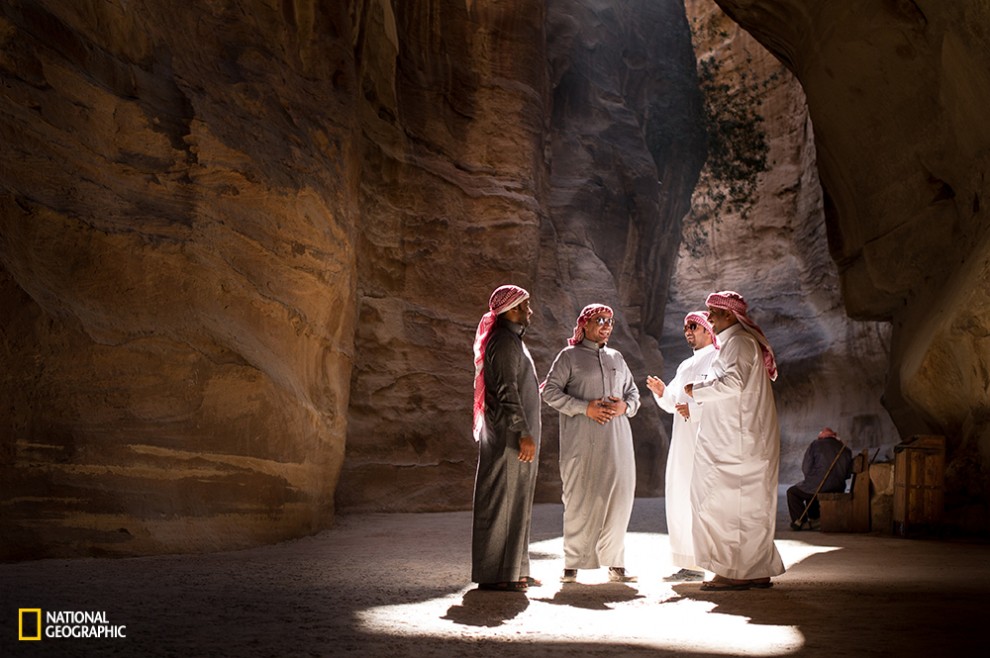 I was walking on my way back from Petra when I saw these gentlemen standing at the perfect light spot. 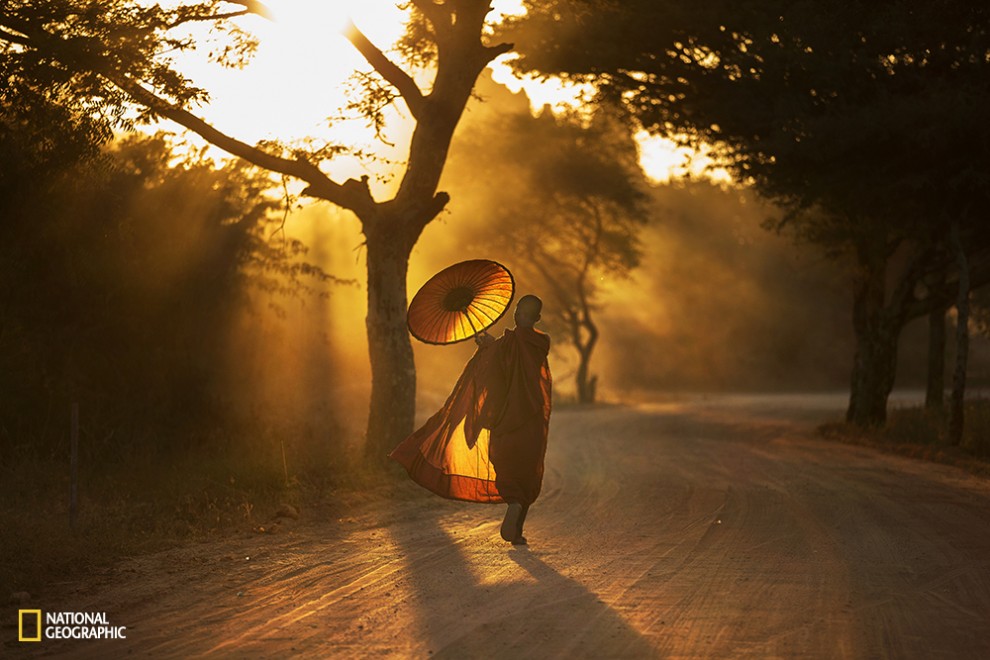 A monk on his way home.

The Gathering of Clouds 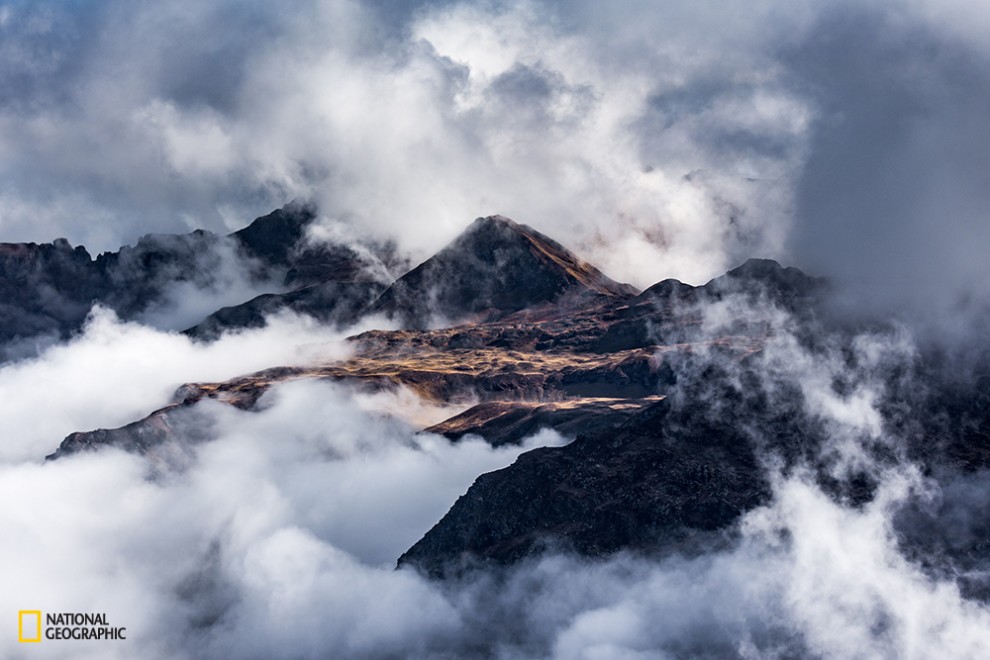 Breathtaking view from Schwarzstockli (2293m) over this spectacular natural border of cantons of Glarus and St. Gallen, Switzerland, as seen on an Autumn weekend trek in early October 2015. All after being chased, caught up and left behind by that glorious mist that hopped from one valley to another, leaving me with this frame to awe at. The gathering of clouds.

Whale of a Tail 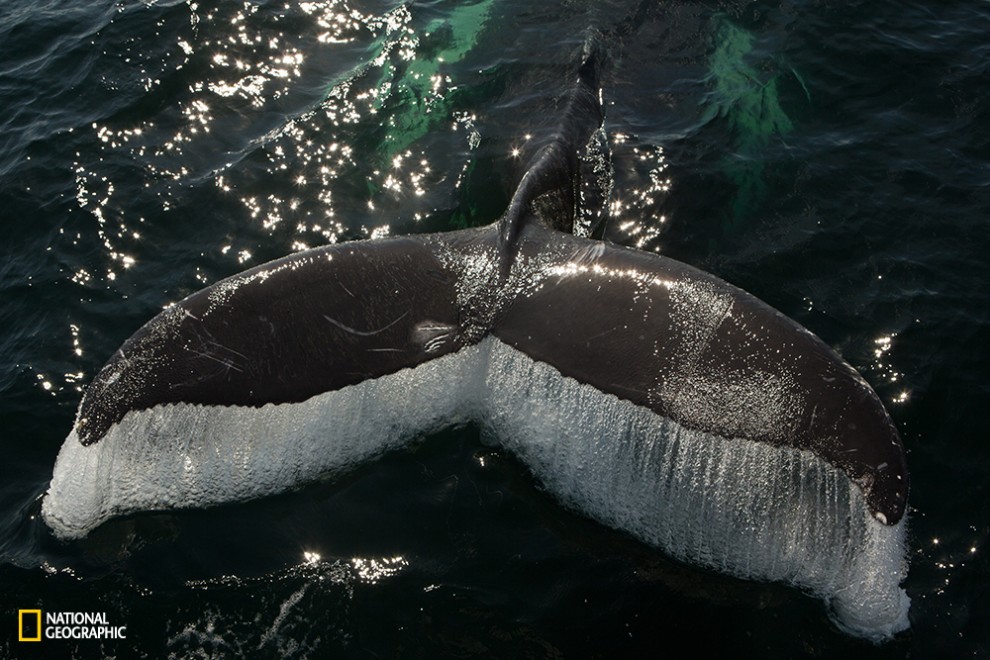 Whale Watch, Provincetown, Sept 19, 2015. My family and I were out in Cape Cod to celebrate my dad’s 60th birthday, and we took a whale watch for the first time in a decade. This baby whale put on quite a show for us with his rolls and waving and eventually swam under the bow of the boat, then dove and gave me this beautiful shot as he went under. I asked God for help in taking good photos on this trip, and he gave me this one that I couldn’t have imagined. 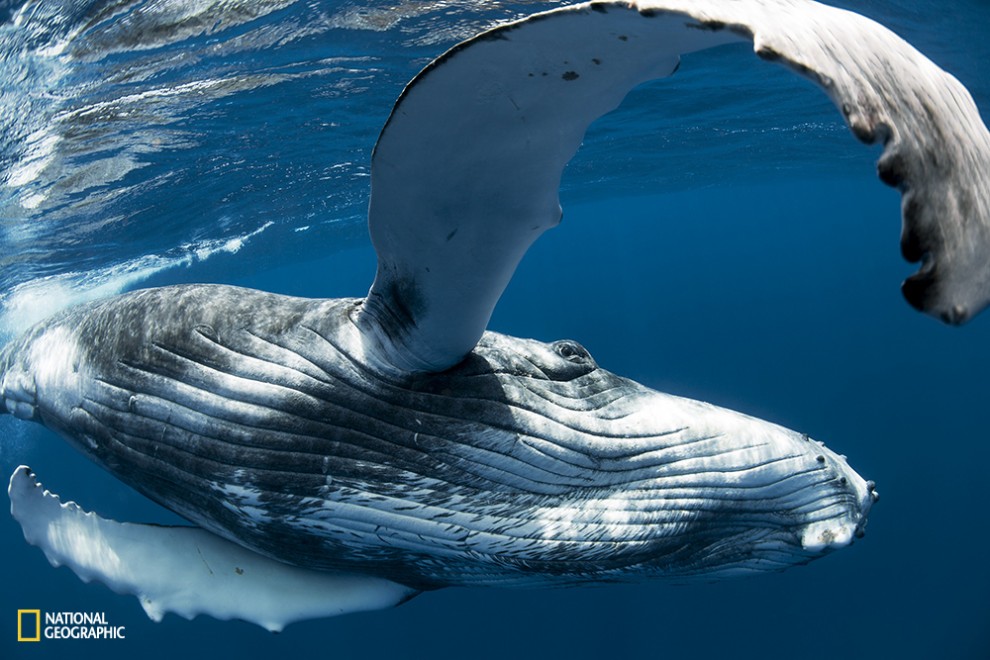 A large, inquisitive and almost dangerously playful female Humpback whale calf measures me with her pectoral fin. This image was captured on a very wide fisheye lens, which doesnít quite show how close she really is. By measuring how close I am she can determine if her tail is going to come in contact with me as she swims past. 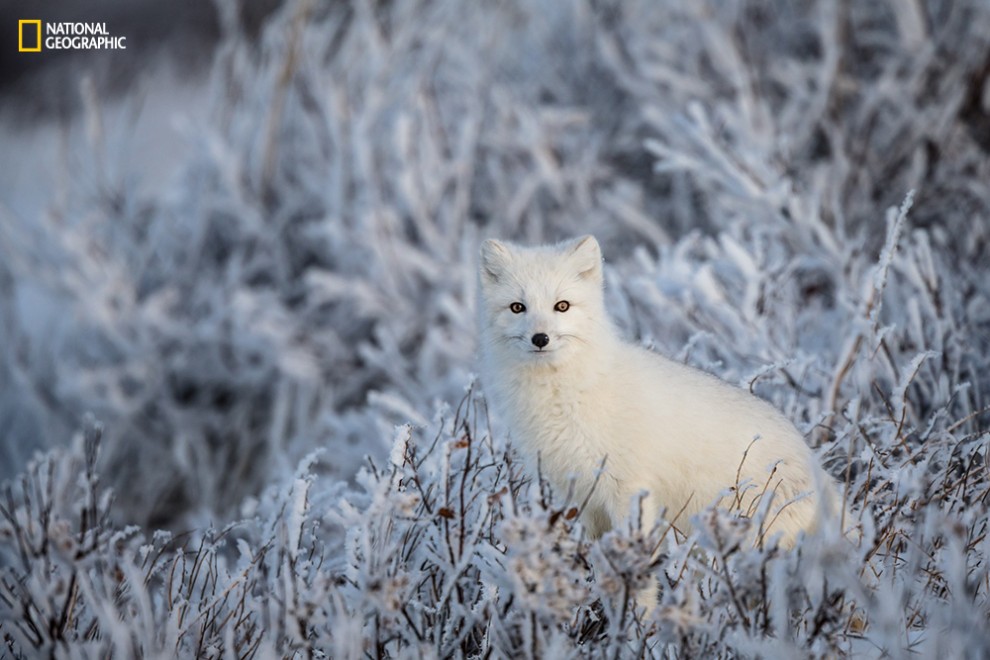 An arctic fox in frozen willows.