Stunning colorized images have given new life to WWII female snipers who protected their territory against German attacks, including the most successful female sniper in history, Lyudmila Pavlichenko also known as ‘Lady Death’. 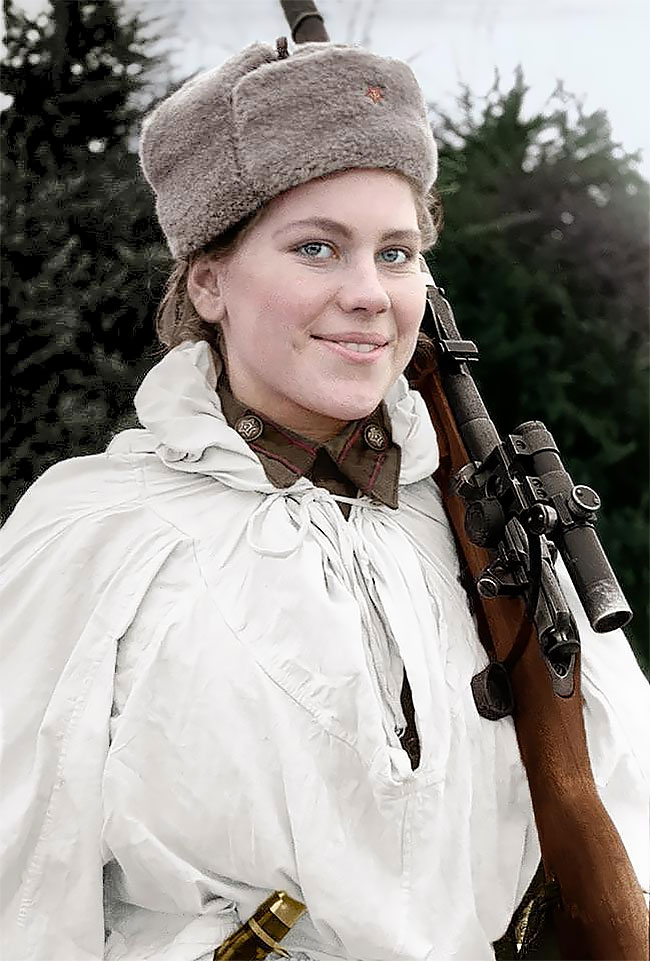 The photographs were colorized by Moscow artist Olga Shirnina.

“There are very few [color or colorized] images with Red Army soldiers, I decided to fill this gap,” She said. “Sometimes a picture can say more than many words and I’ll be glad if people learn more about Russia and its people through my colorings.”

Olga Shirnina became popular thanks to her Flickr page, where she posts colorized versions of historical photographs. She mostly posts photographs from the Russian Empire and the Soviet Union, as well as pictures of Hollywood celebrities from the previous century.

Lyuba Makarova was one of the 800,000 women who served in Russia during WWII. 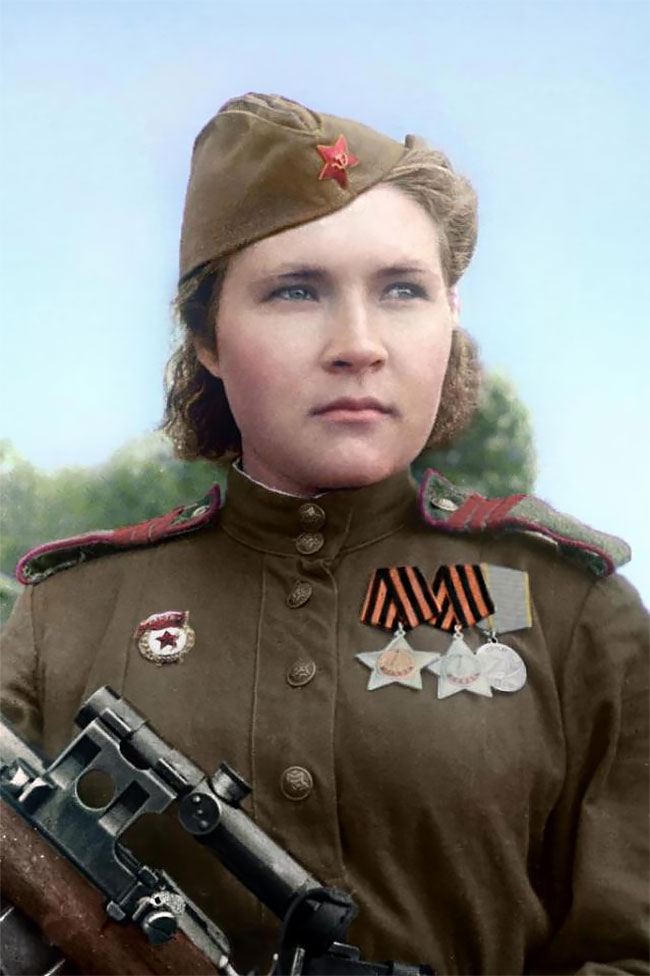 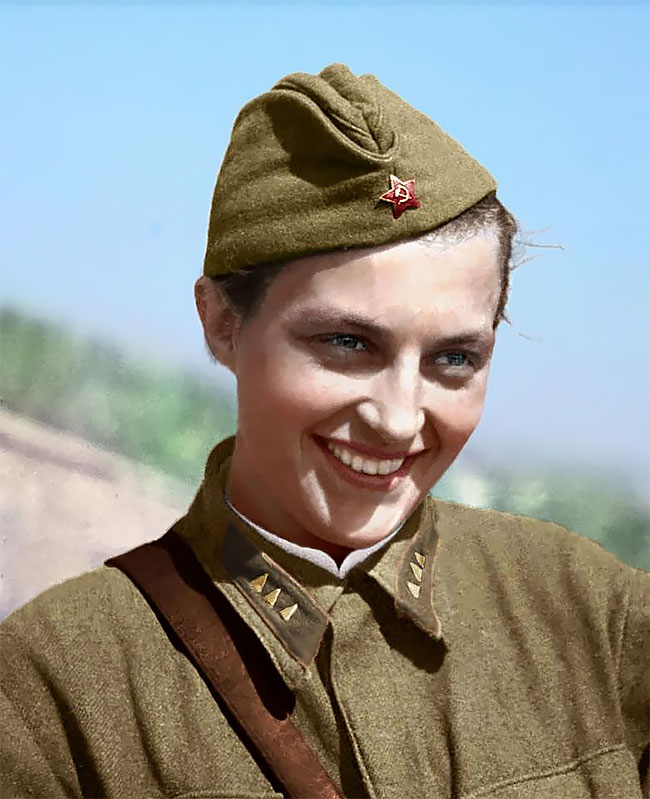 Roza Shanina, who was responsible for 59 kills in WWII. 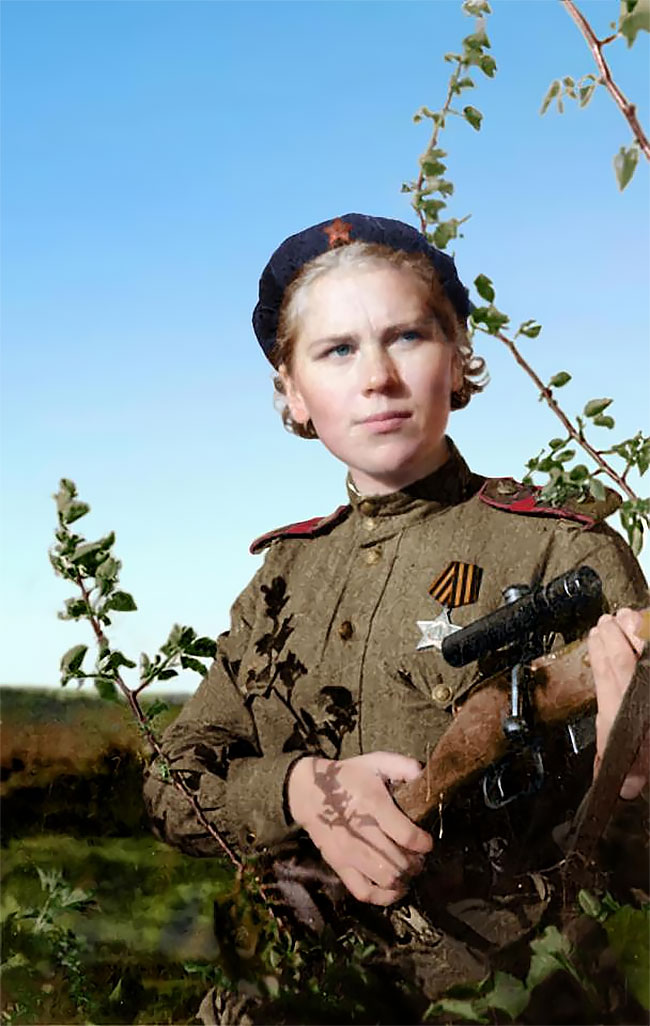 Ziba Ganiyeva was one of the Russian women fighting against Nazi Germany during WWII. 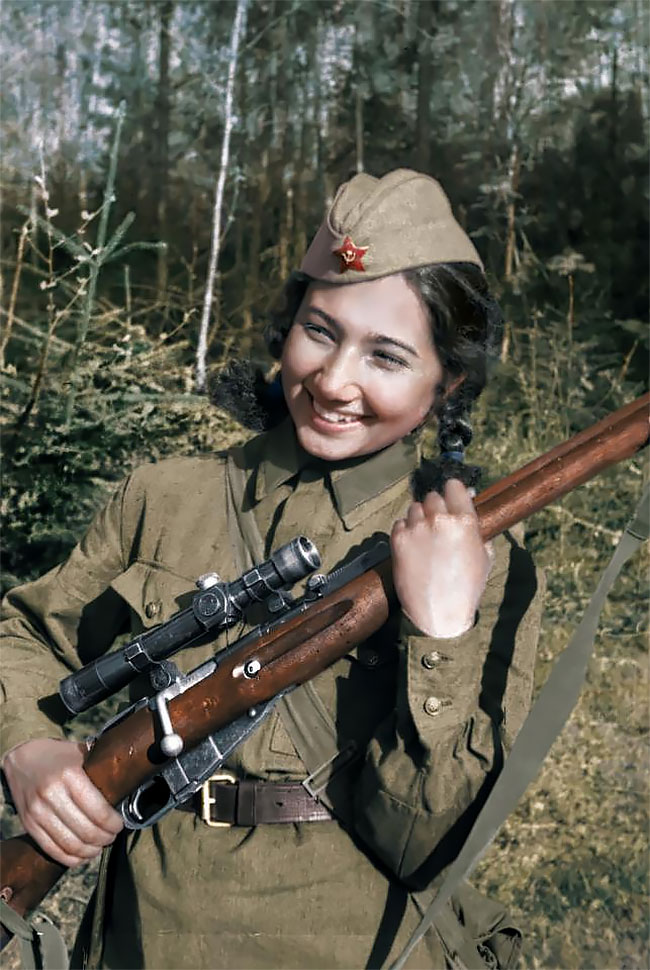 Lyudmila Pavlichenko is the most successful female sniper in history. 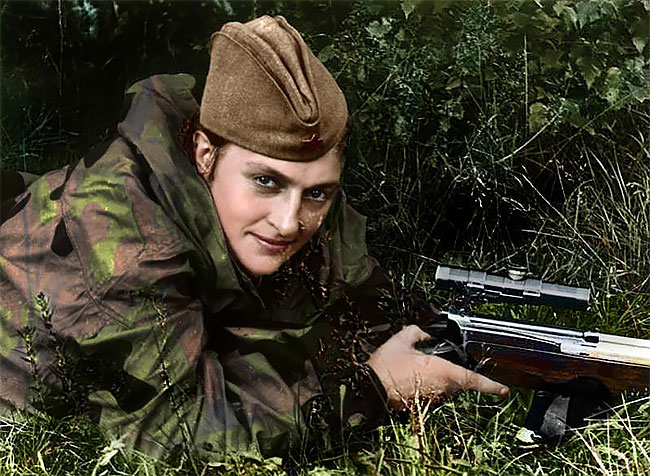 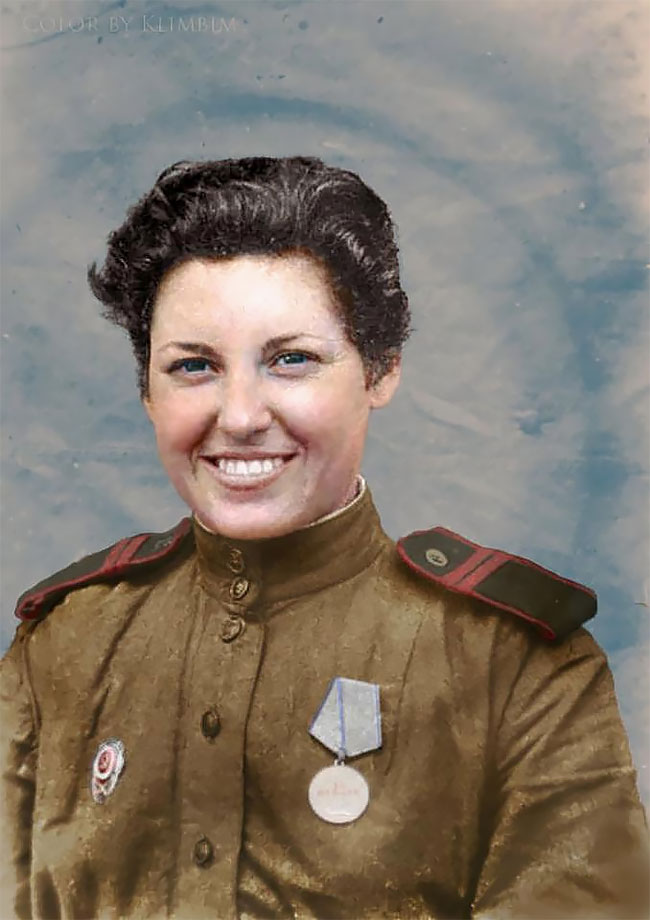 Beautiful blonde Roza Shanina, who was responsible for 59-confirmed kills. 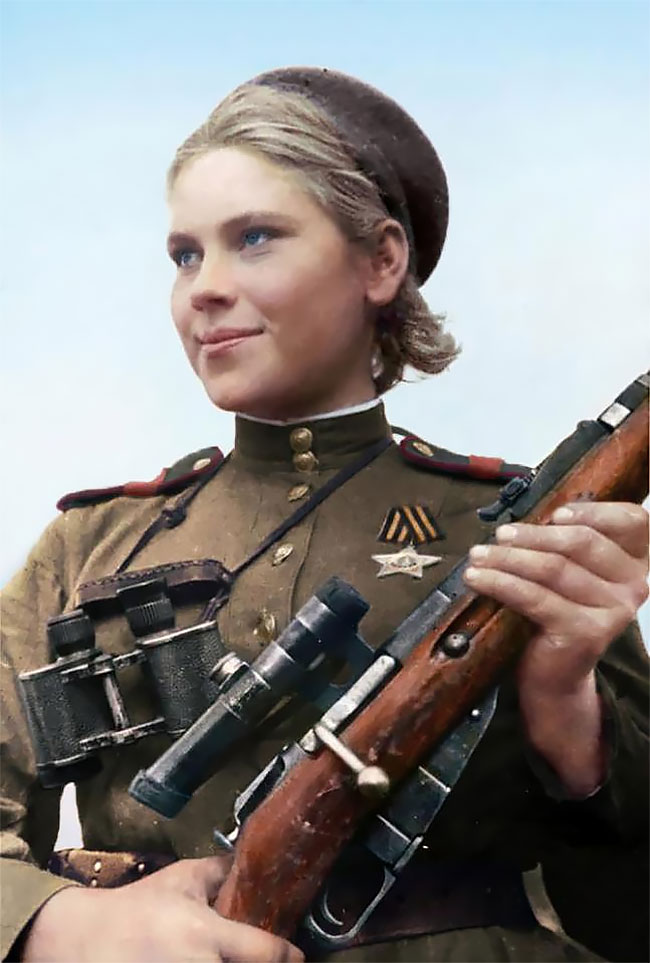 Women of the Central Women’s School of Sniper Training, 1943. 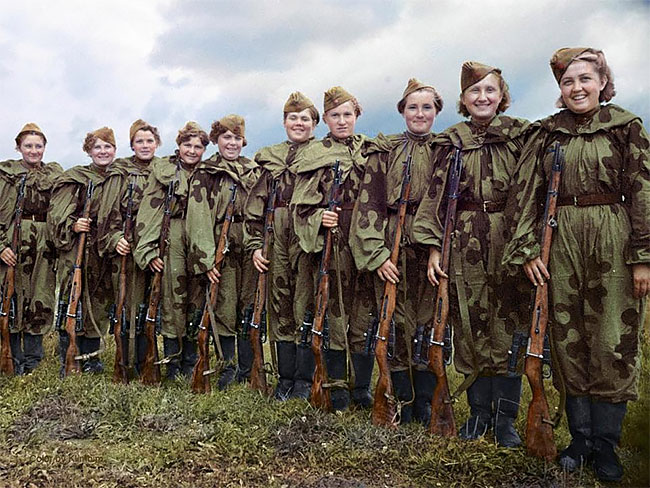 Roza Shanina was one of the 800,000 women who served in the Soviet Armed Forces during the war as a sniper. 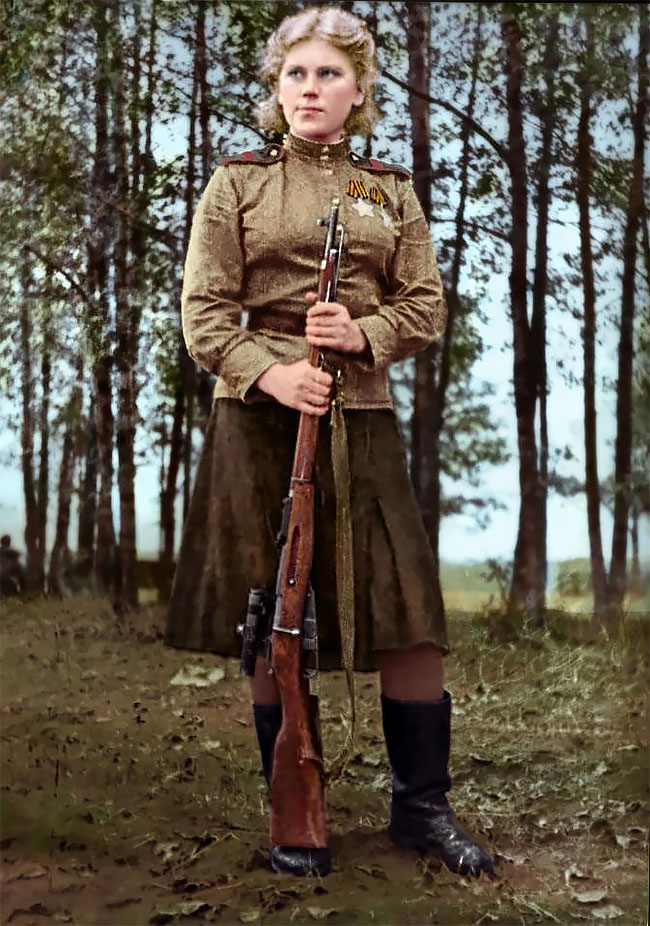 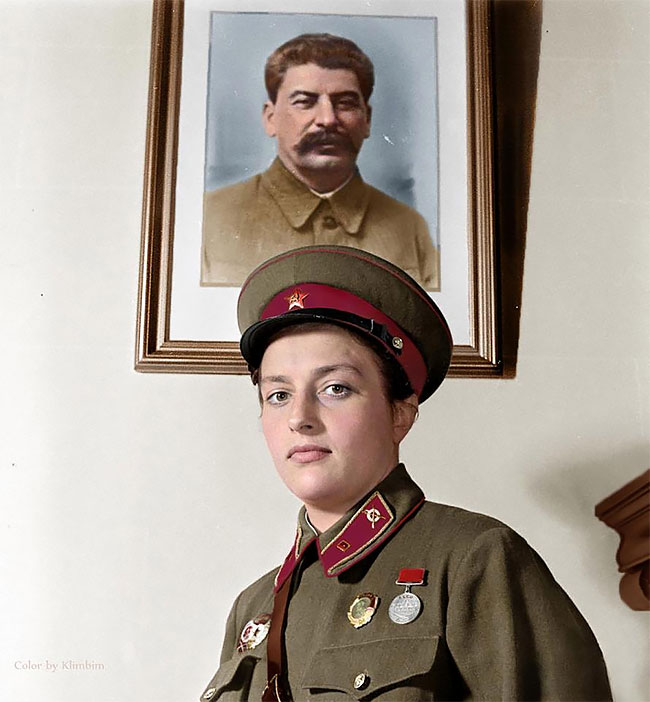 Sniper volunteer Nadezhda Kolesnikova is pictured smiling alongside her weapon. 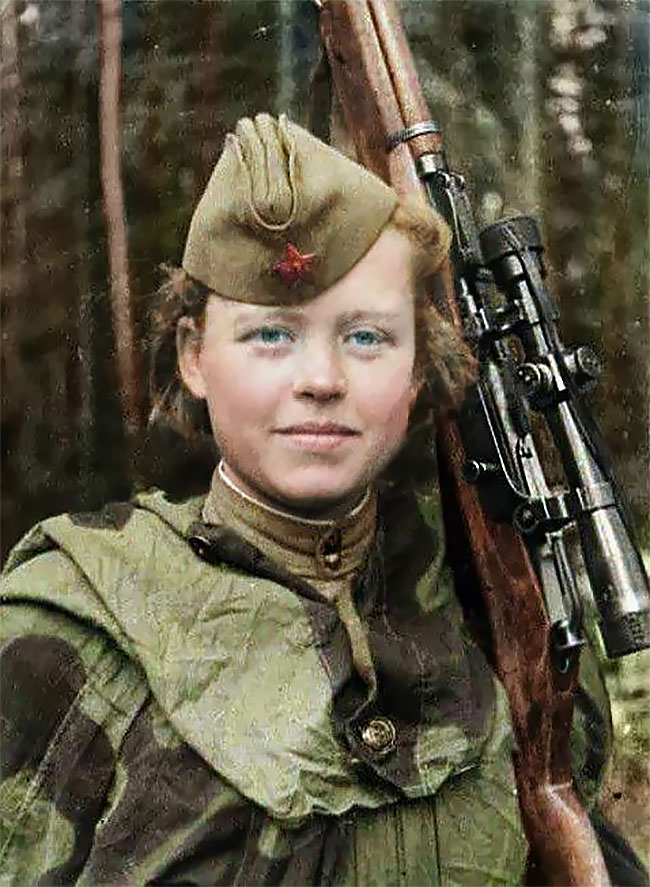 Roza Shanina had a high success rate during her time working in WWII fighting against Nazi Germany. 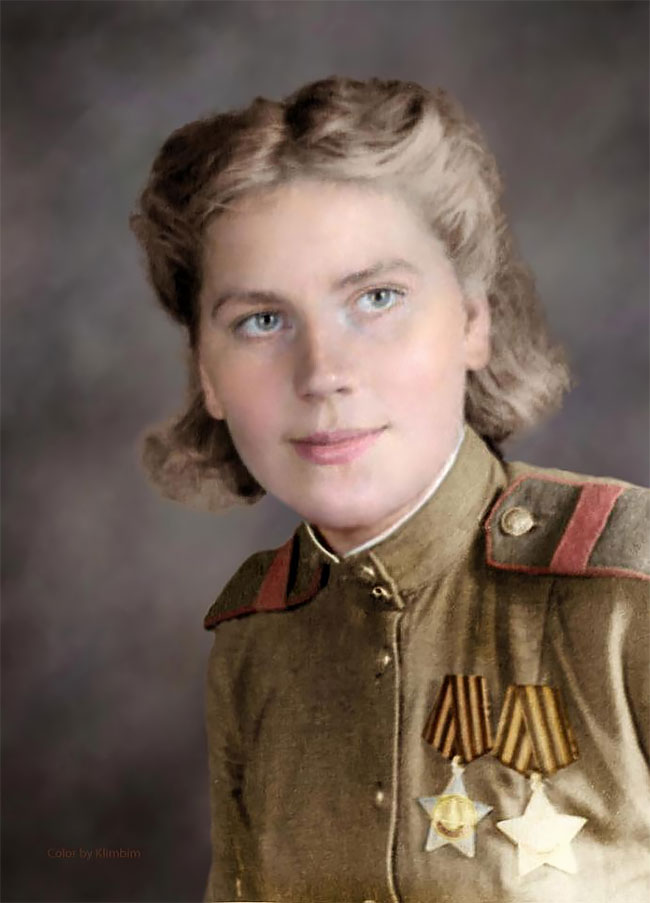 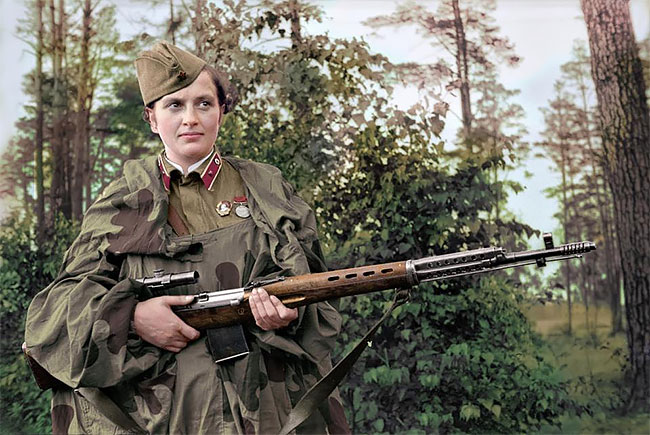