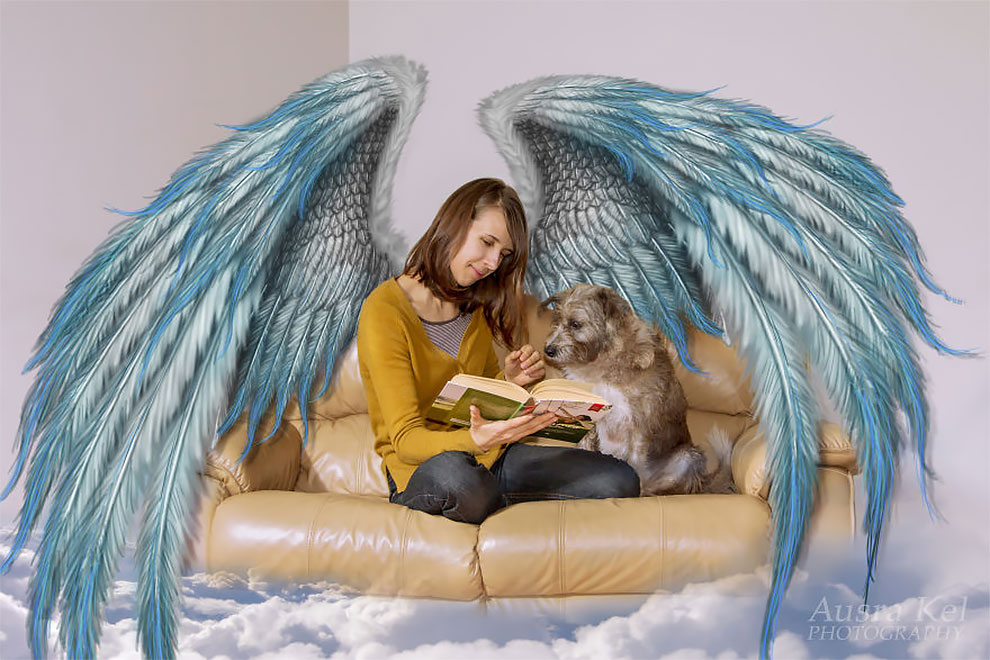 Dog shelter Penkta Koja works in Lithuania and gets new dogs every day. Those stray dogs can be lost, hit by a car, left in the woods or just no longer needed because owners are going abroad. Did I mention the dogs that weren’t soothed for many years? That’s why they are grumpy. Stories are not in reverse. END_OF_DOCUMENT_TOKEN_TO_BE_REPLACED

This Pastry Artist Takes Pie Baking To Another Level 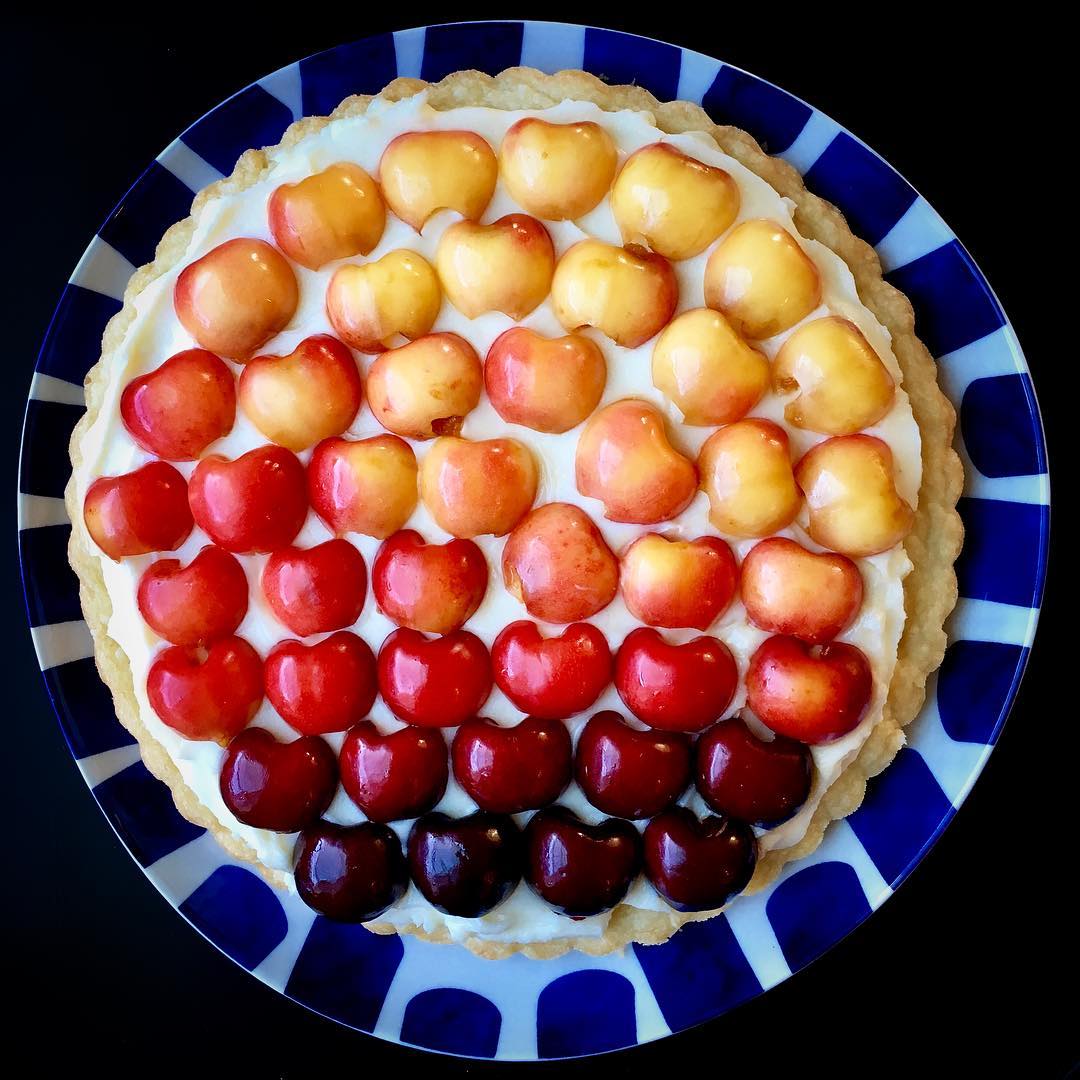 Lauren Ko has only been in the pie biz for a little over a year, but you’d never be able to tell by looking at what’s coming out of the oven at her house. Her desserts are so intricate and artistic, it’s hard to imagine digging a serving knife into that beautifully-latticed crust or delicately-arranged fruit filling. Her Instagram page has blown up as a result of her culinary adventures, and she now boasts a following of more than 68 thousand. END_OF_DOCUMENT_TOKEN_TO_BE_REPLACED 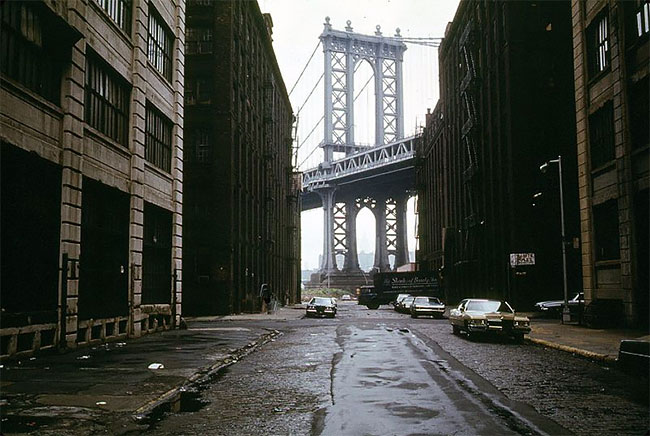 Home to the headquarters of the United Nations, New York is an important center for international diplomacy and has been described as the cultural, financial, and media capital of the world. END_OF_DOCUMENT_TOKEN_TO_BE_REPLACED 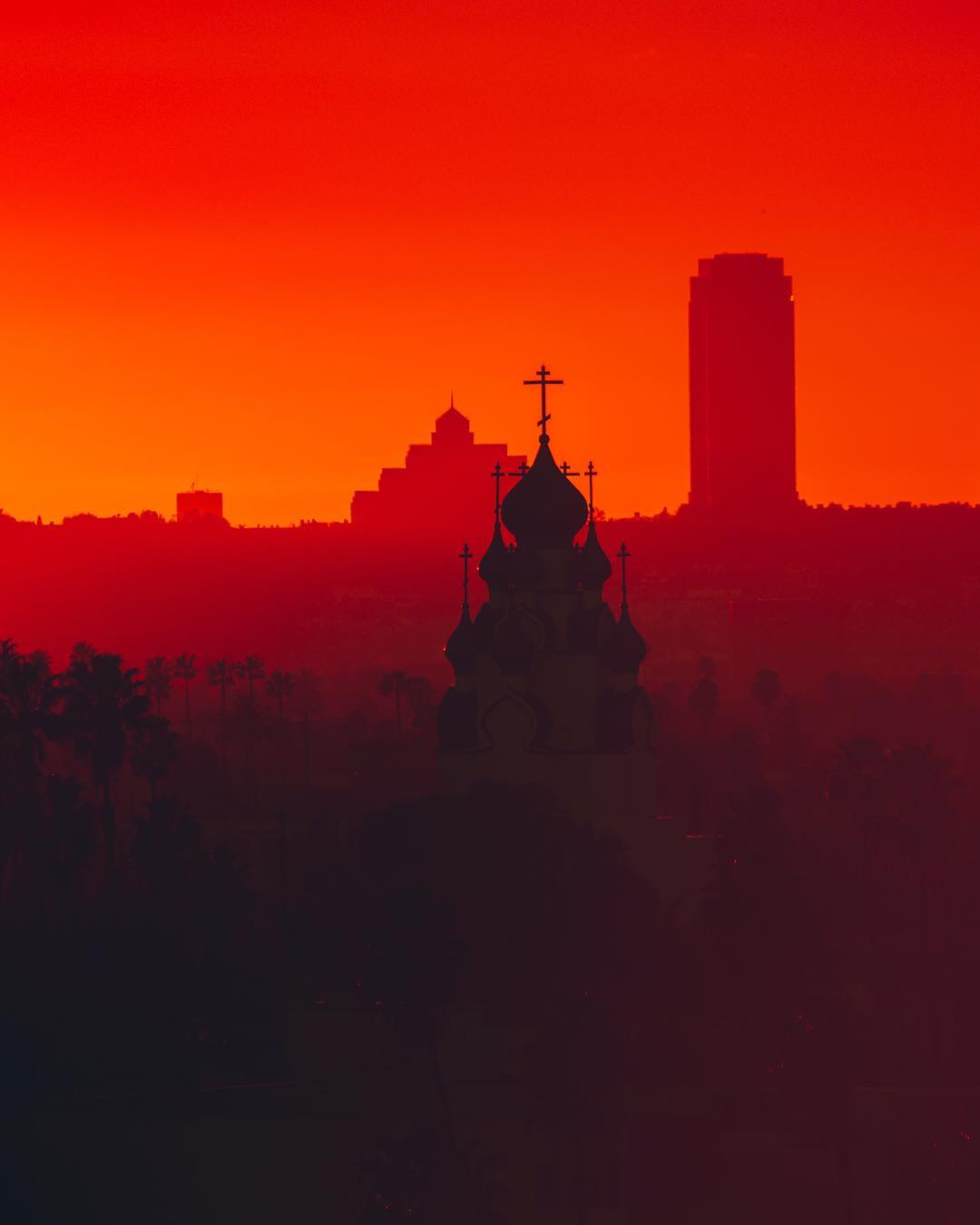 Ever since Art was a child, he loved flying. His mom told me “even when he was a child he didn’t sleep once on the plane, and when he was old enough to have his own seat – it would have to be the window seat. He was glued to the window. He could not get enough of the view from above he would constantly tap my shoulder and tell me ‘ma look’. He was mesmerized by the patterns of the farm fields. END_OF_DOCUMENT_TOKEN_TO_BE_REPLACED

This Cambodian Artist Is Taking Doodling To Another Level 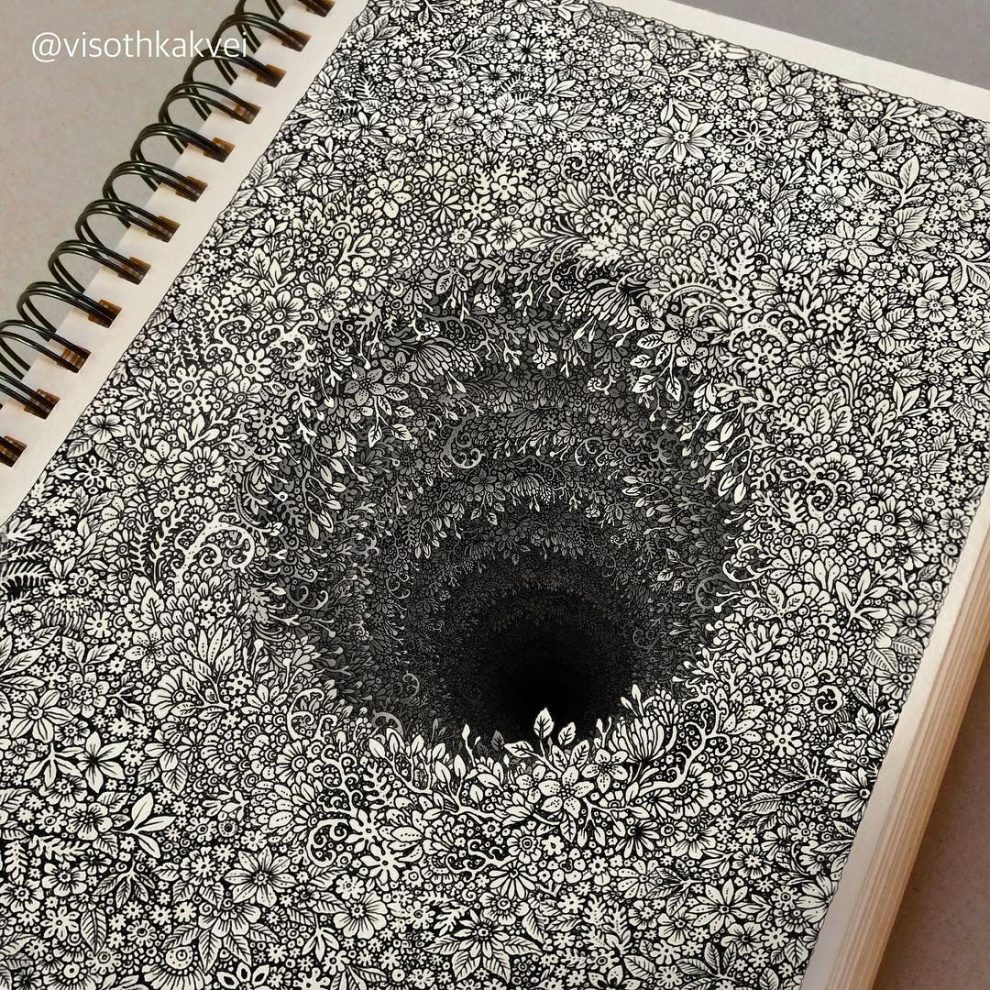 Cambodian artist Visoth Kakvei masterfully brings together symbolism and style, and no sketchbook has enough pages for his creativity.

The 27-year-old graphic designer usually draws his works freehand and the pieces take 3-6 hours to finish, but sometimes Kakvei feels it’s not enough. So, to make his incredibly intricate maze-like illustrations even more stunning, the artist digitally enhances them, making the doodles appear as if they’re popping out from the pages. END_OF_DOCUMENT_TOKEN_TO_BE_REPLACED 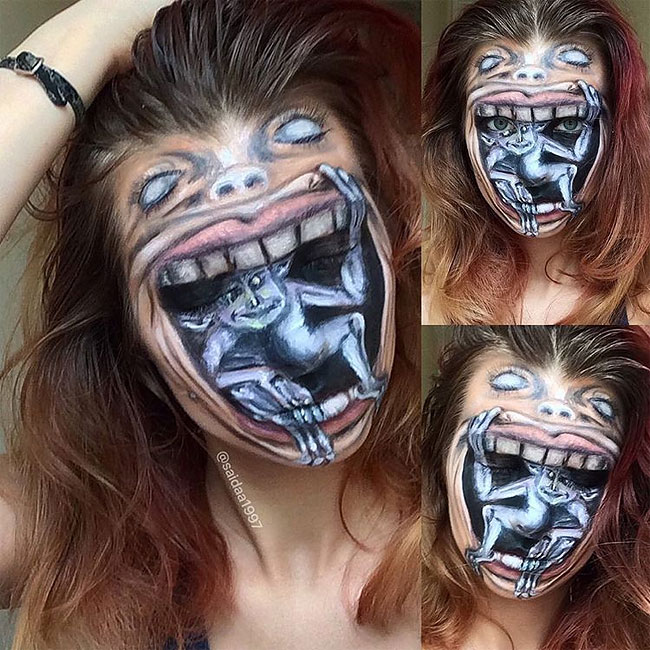 Saida Mickeviciute, 19-year-old artist from London makes some amazing makeup work when she has free time. Have a look. END_OF_DOCUMENT_TOKEN_TO_BE_REPLACED 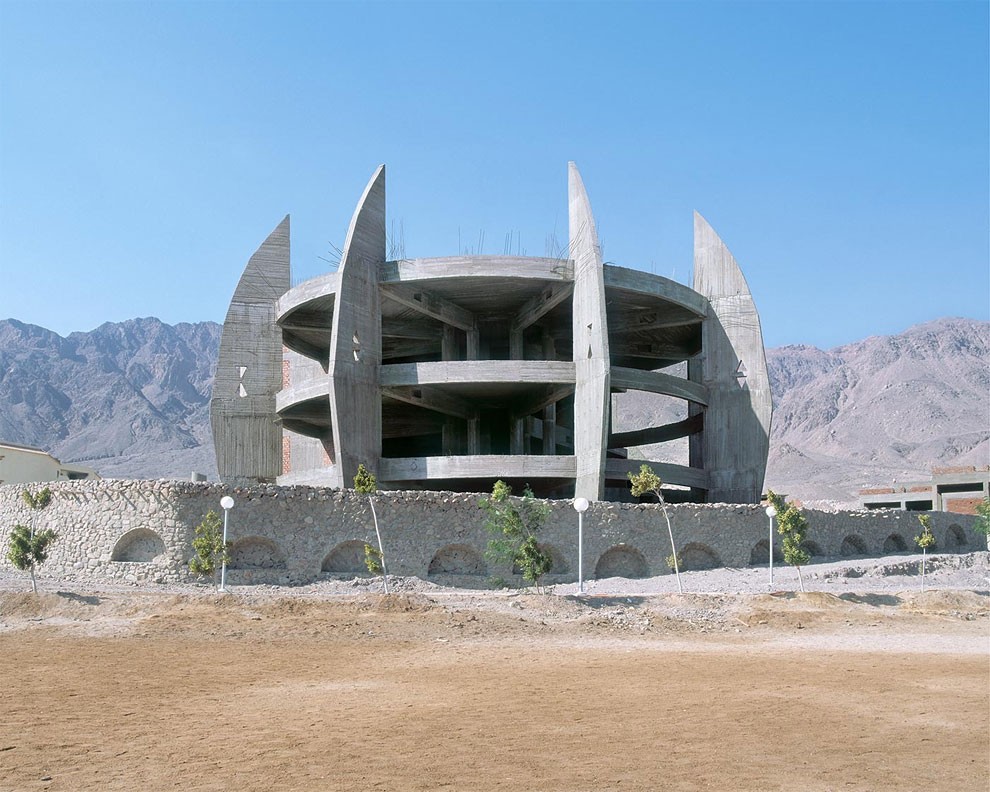 The word ruins ordinarily conveys a connotation of scarcely delineated brick walls and rubble dating back hundreds if not thousands of years, but the work of German artists Sabine Haubitz and Stefanie Zoche serves as a powerful reminder that unfortunate events, especially economic ones, can easily create ruins of much more recent vintage almost anywhere. END_OF_DOCUMENT_TOKEN_TO_BE_REPLACED Here’s a clever outdoor campaign from Publicis London for the homelessness charity Depaul that manages to tell two different stories with the same copy. The ads are being placed on corners, with text on each side. If you read only the left side, the copy is all about the negative ideas people have about giving up a spare room to a homeless youth. But reading them in full, the ads actually argue for the benefits of volunteering.

“There’s another side to the story,” says the tagline. END_OF_DOCUMENT_TOKEN_TO_BE_REPLACED 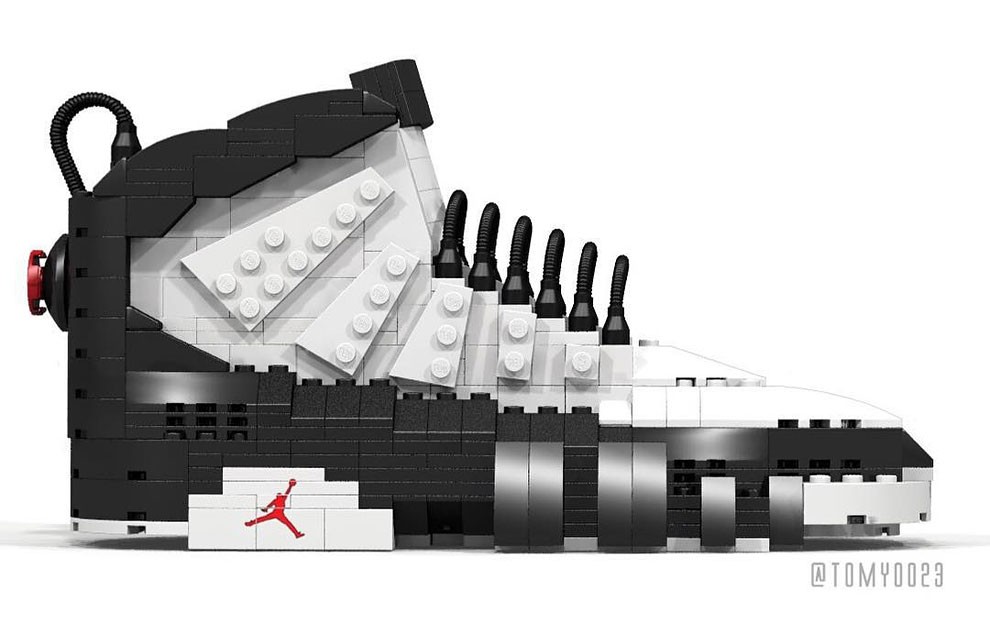 Look, the LEGO artist known as Tom Yoo has been showing out recently. Today the creative artist is back with something new that is certainly worth checking out – the new LEGO Air Jordan 9. END_OF_DOCUMENT_TOKEN_TO_BE_REPLACED 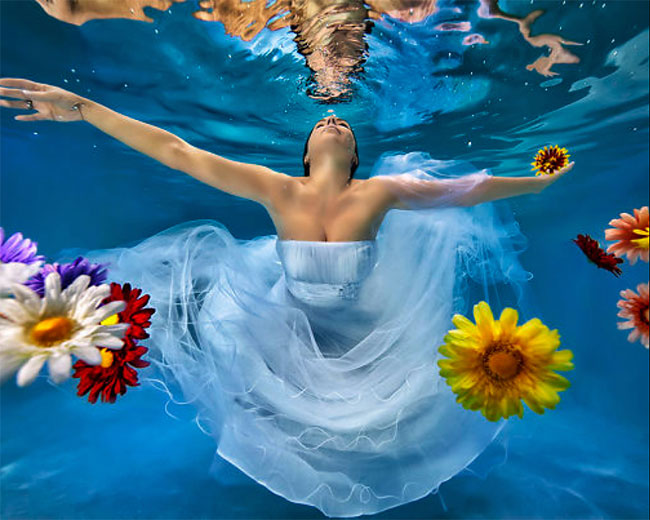 Adam Opris Photography is continuing to push the envelope with his underwater photography! By bringing brides and grooms into the underwater realm, anything becomes possible. By incorporating the weightless environment underwater with bridal beauty and elegance, he is transforming the brides into mermaids and bringing their wedding dresses to life! END_OF_DOCUMENT_TOKEN_TO_BE_REPLACED