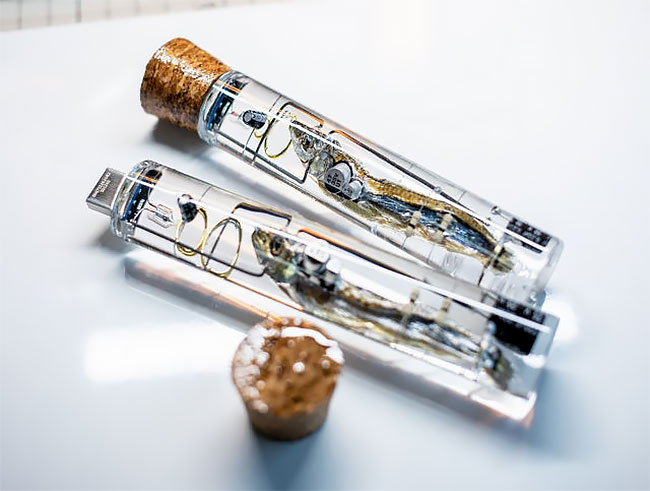 These are the 32GB flash drives that were designed to look like the storage actually takes place in the brain of a small silver-striped round herring fish encased in resin. Of course it doesn’t, it’s just a tiny 32GB flash drive with a resin stick attached and some wires and capacitors inside to complete the illusion. END_OF_DOCUMENT_TOKEN_TO_BE_REPLACED 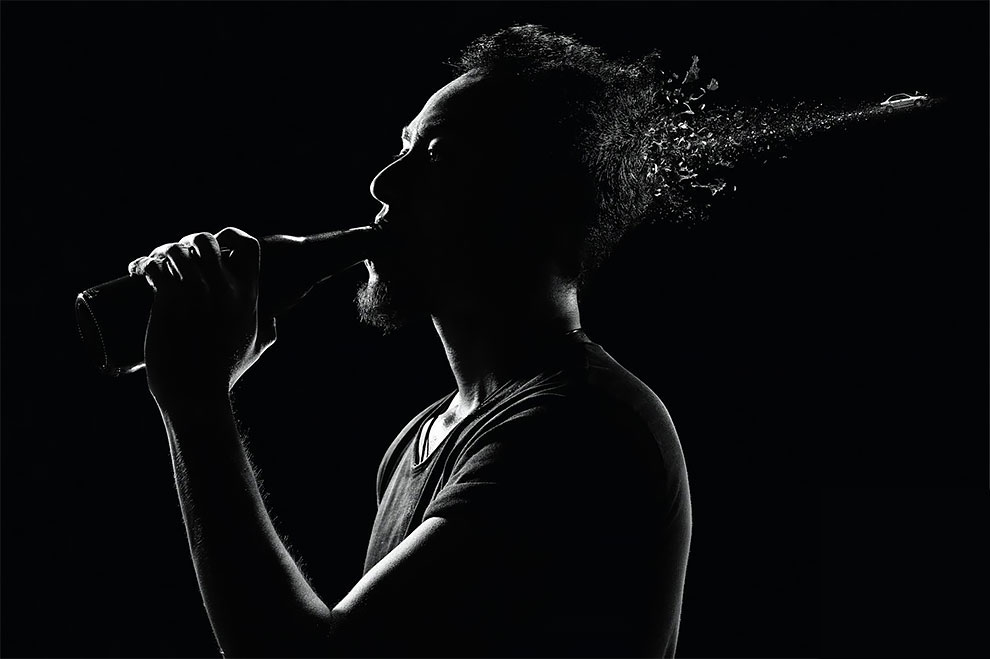 Advertising is an arena where designers and art directors can have a lot of fun. With the advancements of digital technology it is possible to create all manner of extraordinary imagery for a variety of products and clients. Creative director Ariyawat Juntaratip and his team have created a visually groundbreaking anti-drink drive campaign at Leo Burnett. It is clever and really makes you think. Always the sign of a strong ad. END_OF_DOCUMENT_TOKEN_TO_BE_REPLACED

How To Drive Him Crazy In Bed, In 6 Easy And Ironic Steps 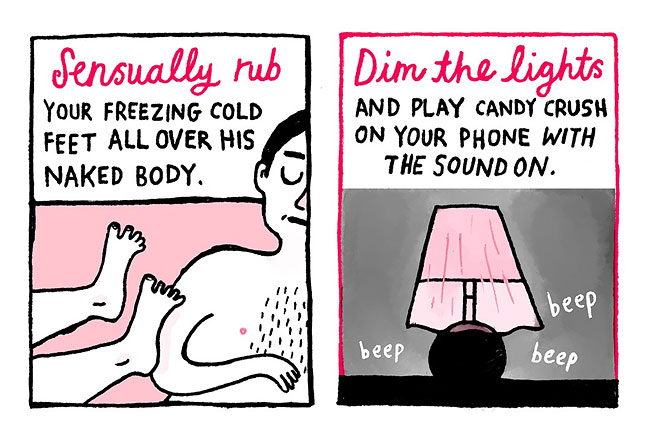 Couples who have reached the point of sharing a bed, be it a sleepover or moving in together, know that cuddling isn’t all that happens between the sheets. If you need guidance on said things, check out illustrator Gemma Correll’s step-by-step visuals to drive your guy (or gal) crazy in bed. 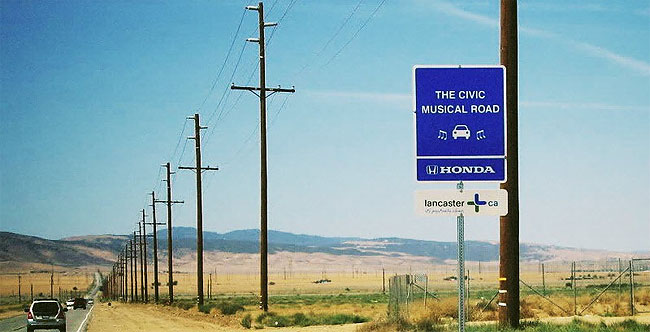 A Japanese engineer by the name of Shizuo Shinoda was digging with a bulldozer when he accidentally scraped some markings into a road with its claw. Later when he drove over the markings he realized that the vibration produced in his car can be heard as a tune. In 2007, a team of engineers from the Hokkaido Industrial Research Institute refined Shinoda’s designs and built a number of “melody roads” in Japan. END_OF_DOCUMENT_TOKEN_TO_BE_REPLACED

Photo of the Day: You Drive! 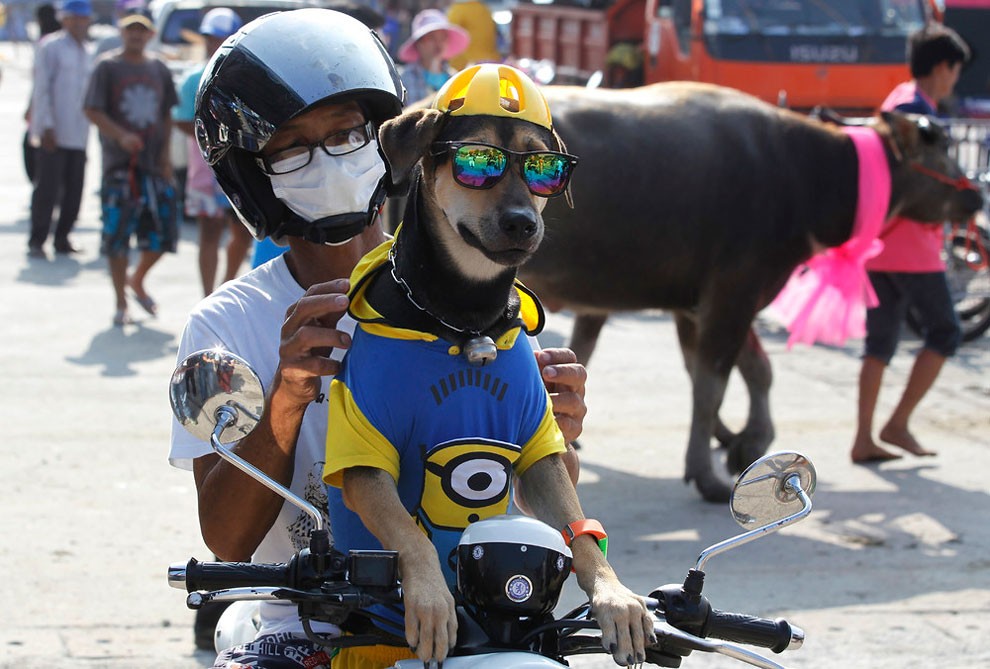 A Thai and his dog sit on his motorcycle watching the water buffalo race in Chonburi Province south of Bangkok, Thailand, Monday, October 26, 2015. The annual race is a celebration among rice farmers before harvest. (Photo by Sakchai Lalit/AP Photo) 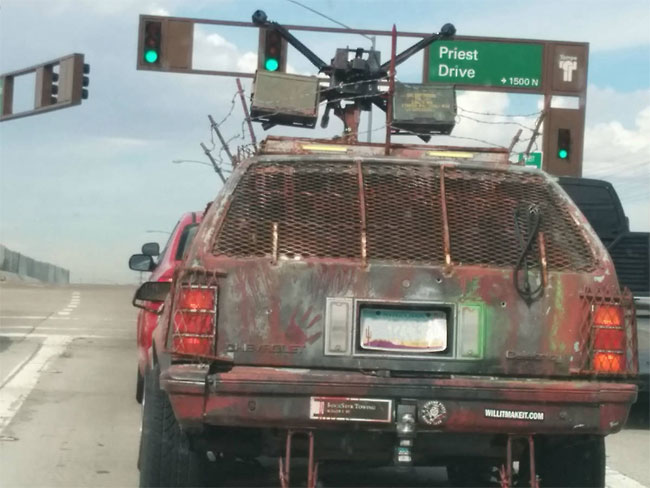 ‘I pull off the freeway and pull up behind this beauty. At first I’m thinking, “what an ugly car”. Then I see the hand print and my eyes flash to the turret mounted on top. WTF!’ END_OF_DOCUMENT_TOKEN_TO_BE_REPLACED 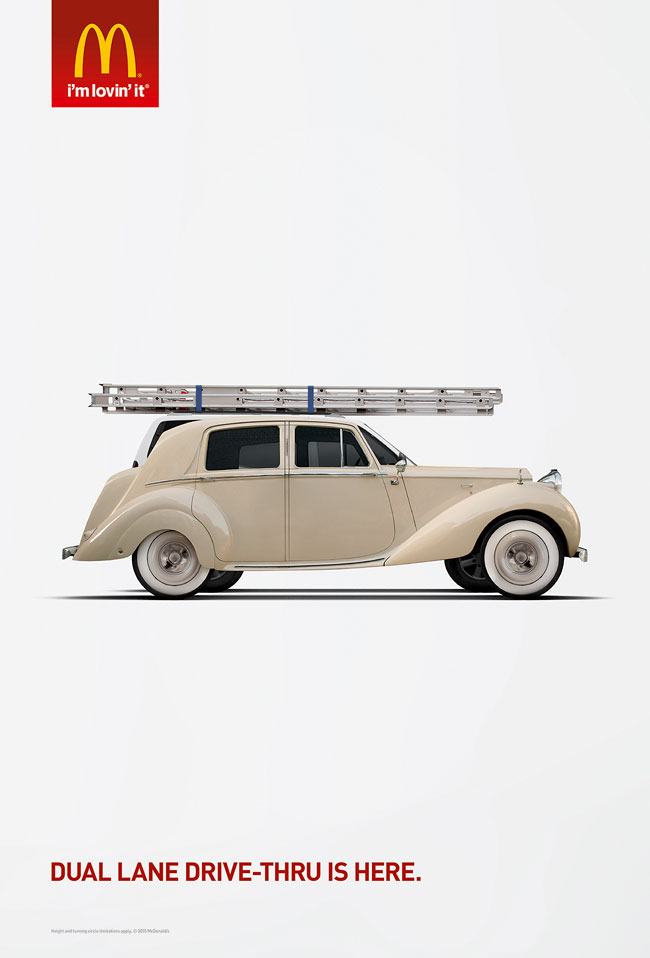 Leo Burnett London, has created an outdoor print campaign for McDonald’s UK, to promote the roll-out of their dual lane Drive-Thru service. Situated in close proximity to a number of converted restaurants, the posters feature two different vehicles parked side by side to create one amusing visual. END_OF_DOCUMENT_TOKEN_TO_BE_REPLACED 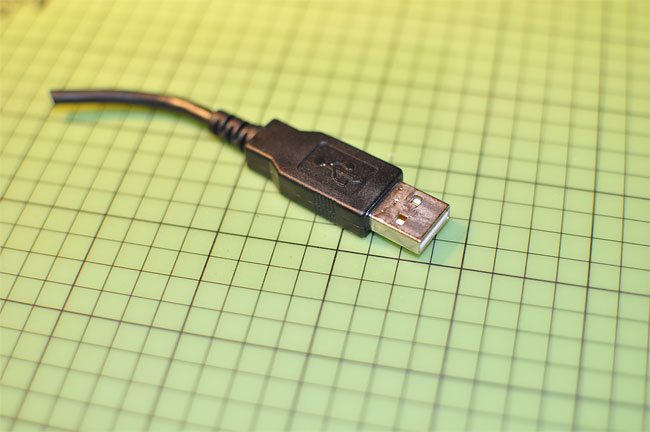 “This isn’t a photo of the final product, but it’s very similar! You’ll need a USB “A” connector. Free, dead cables and peripherals are best, of course, but if all else fails you can also get cheap ones at Goodwill. Try to find “normal” sized connectors. Super compact ones (like Apple USB cables) might work, but you’ll need to be extra careful about what size flash drive you choose. I recommend cutting the cable at least a quarter inch longer than you want it to be at the end.” END_OF_DOCUMENT_TOKEN_TO_BE_REPLACED 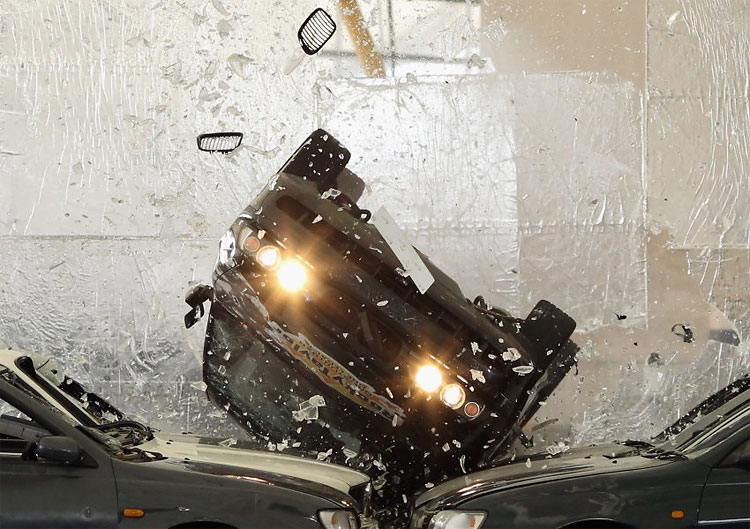 Hollywood stuntman Rocky Taylor breaks a Guinness world record in London on Sept. 13 by jumping a speeding BMW through the largest sheet of breakaway glass ever smashed by a car. The feat marked ‘Remember a Charity’ week, aimed at convincing more people to leave things to charity organizations in their will. Working with the charity behind the campaign, the 64-year-old stuntman has performed a series of live stunts since August, including a re-enactment of the stunt from the 1985 action film “Death Wish 3” that nearly killed him. During the filming, the exploding building he was supposed to jump from blew up too early, causing Taylor to fall and break his back. 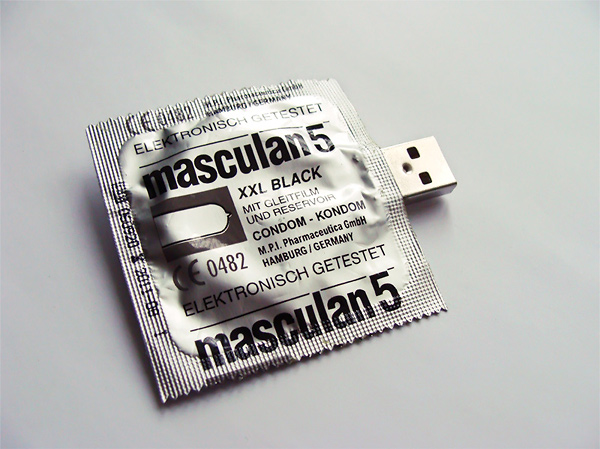