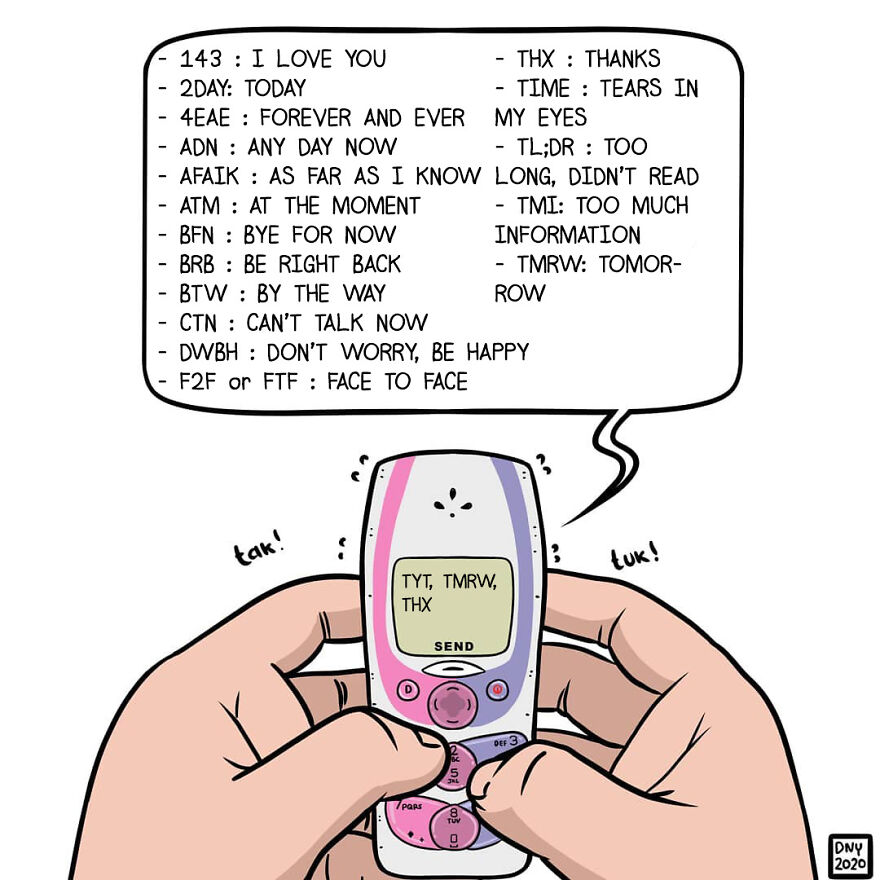 Dramatic Art Photography By Sukron Mamun Which Will Leave You Speechless 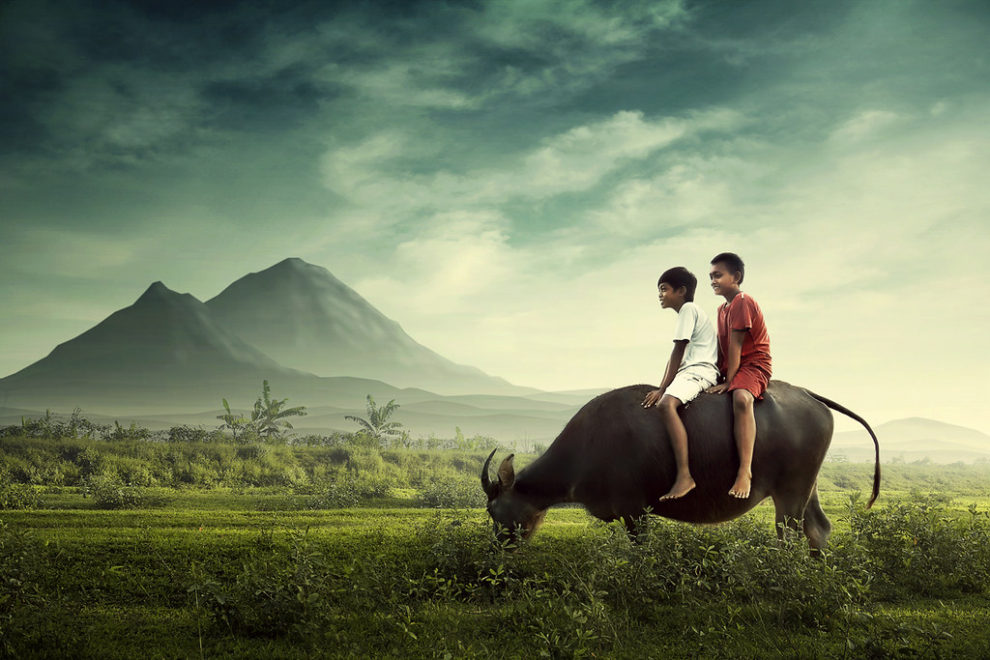 Some eternal bliss in the name of photography or photo art however you may call it. Meet Sukron from Indonesia who does wonders with his incredible style of photography. END_OF_DOCUMENT_TOKEN_TO_BE_REPLACED 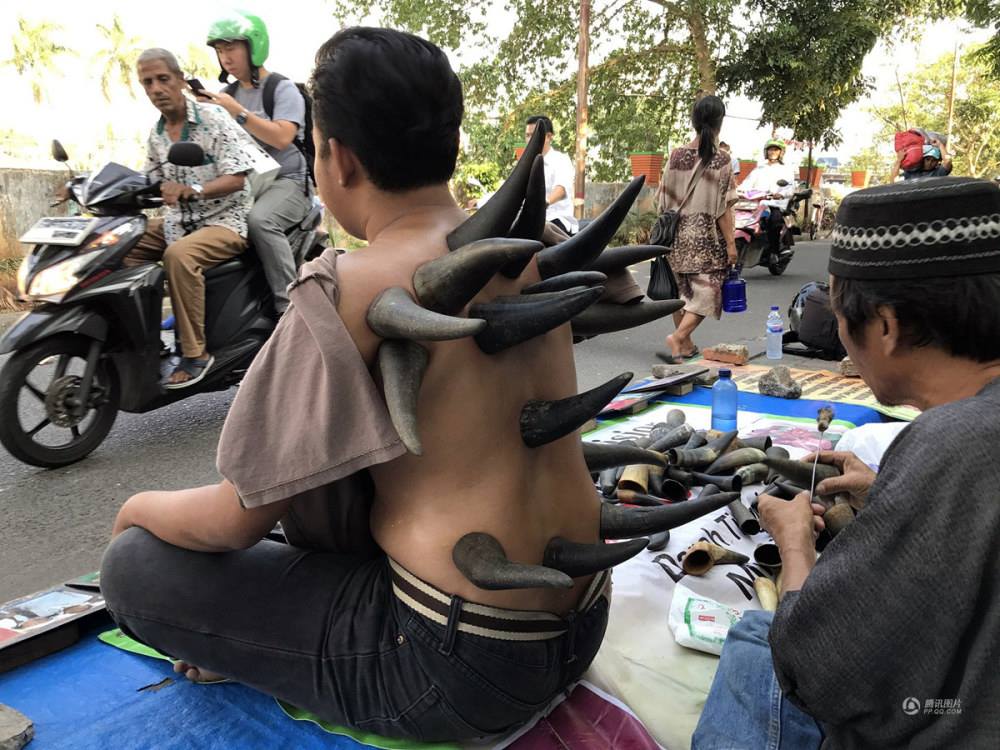 The benefits of cupping as a way to relieve stress, improve athletic performance and overall health have been debated at nauseam, but did you know cupping could help you cosplay as popular Nintendo villain Bowser, aka King Koopa? END_OF_DOCUMENT_TOKEN_TO_BE_REPLACED 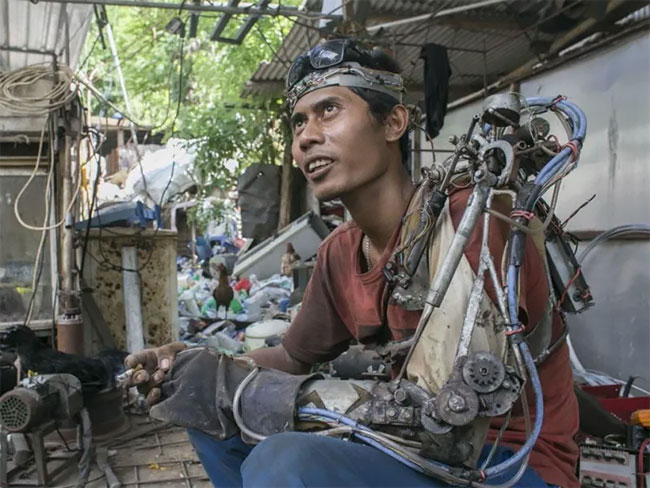 Bali welding workshop owner I Wayan Sumardana suffered a stroke six months ago, which paralyzed his left arm. Using bits and pieces from his workshop, the vocational high school graduate cobbled together an arm brace. END_OF_DOCUMENT_TOKEN_TO_BE_REPLACED

Ma’nene Ritual to Honor the Spirits of their Mummified Ancestors 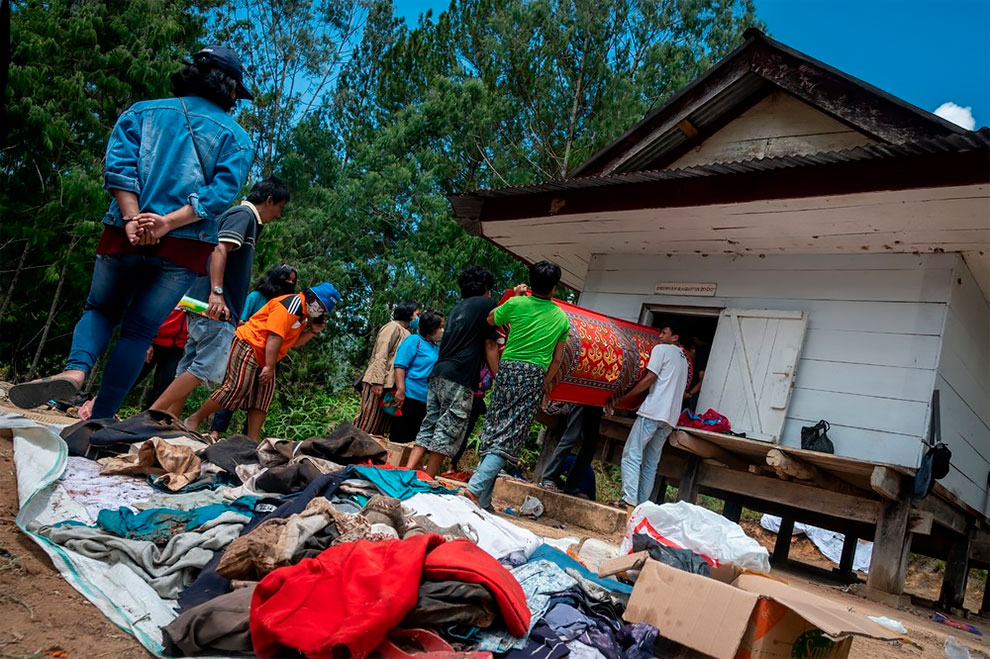 Family members put back in the traditional grave the preserved body of their relative during a traditional ritual called “Manene” in Panggala, Nort Toraja, South Sulawesi, Indonesia. The ritual is held every three years when family members gather to clean the graves and change the clothes of their deceased relatives to honor their spirits. The ritual is held before the planting season arrives. END_OF_DOCUMENT_TOKEN_TO_BE_REPLACED 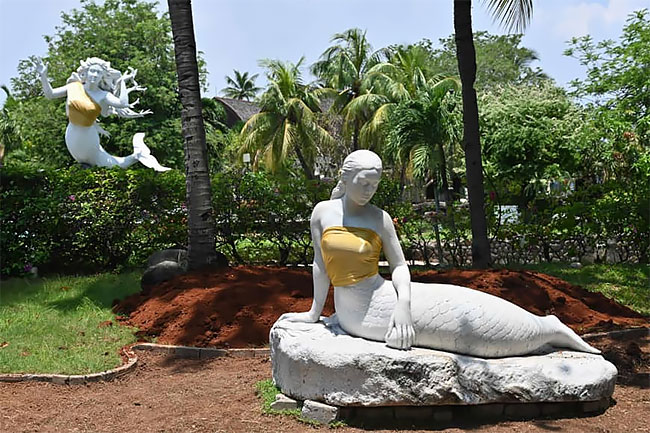 A pair of bare-breasted mermaid statues have been given the family values treatment at an Indonesian amusement park where officials slipped golden tube tops over their chests. While the nude statues have been on display for years at Jakarta’s Ancol Dreamland, a recent policy aimed at respecting “Eastern values” has seen the mermaids get an official cover-up. END_OF_DOCUMENT_TOKEN_TO_BE_REPLACED

This Small Village In Indonesia Is Literally Made Out Of Rainbows 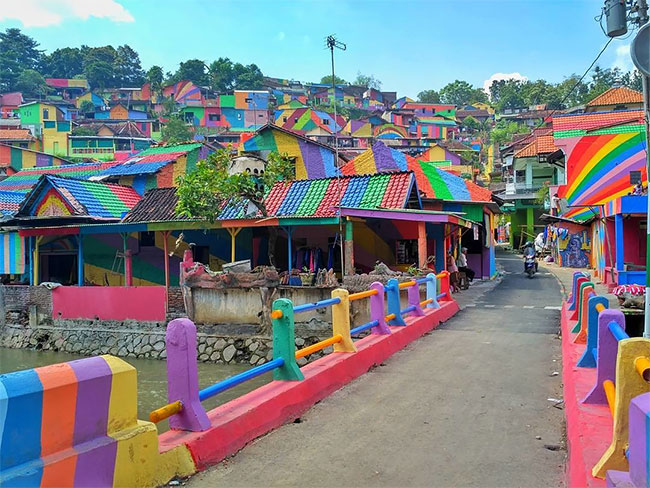 Kampung Pelangi, which literally translates to Rainbow Village, has to be one of the most colourful villages in the world, let alone in Indonesia. The village, which is home to 232 houses, is splashed in a series of bright colours and decorated with murals. Kampung Pelangi was recently given a government-funded makeover in a bid to make it more tourist-friendly — and it looks like it’s working. END_OF_DOCUMENT_TOKEN_TO_BE_REPLACED

The Ghost Villages Of Indonesia 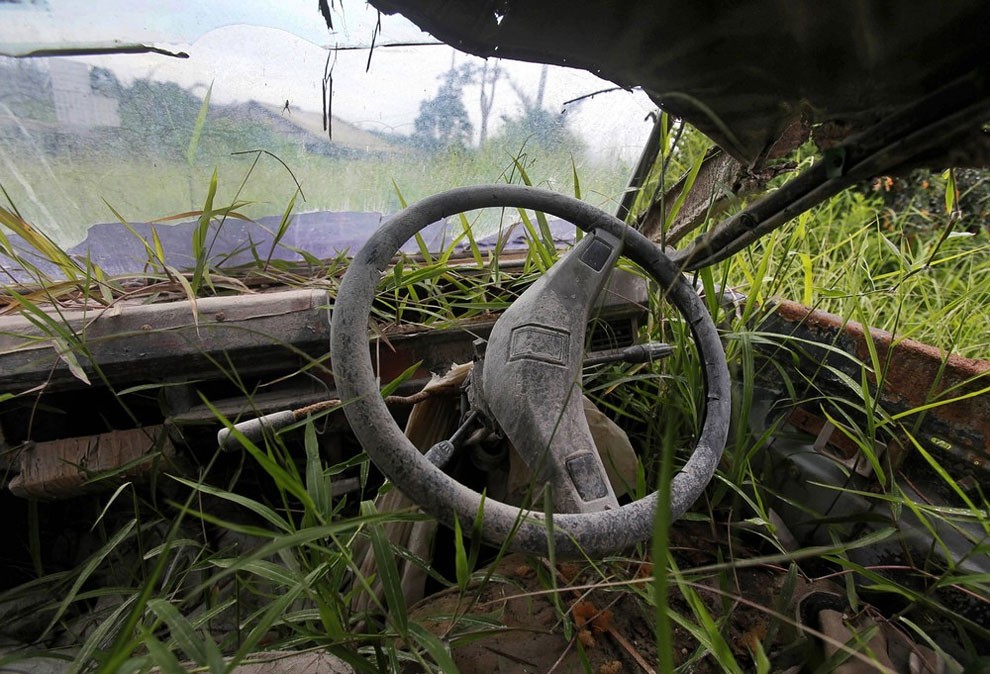 The wreckage of a van is overgrown by plants in Simacem village in North Sumatra, Indonesia, November 16, 2015. The village was abandoned following the eruption of Mount Sinabung as it was considered too close to the still rumbling volcano. (Photo by Binsar Bakkara/AP Photo)
END_OF_DOCUMENT_TOKEN_TO_BE_REPLACED 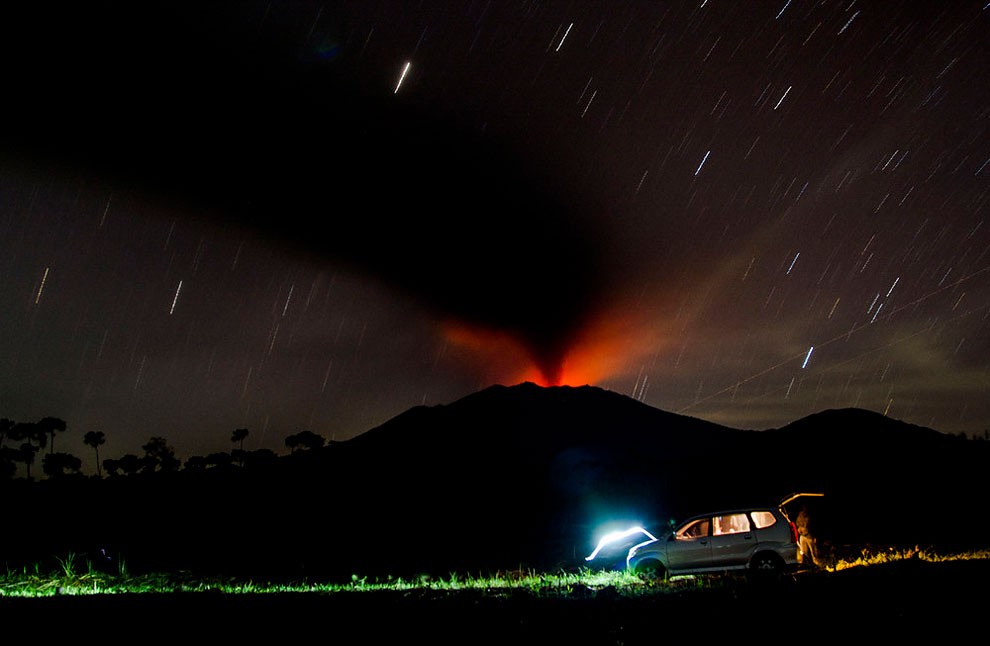 Mount Raung spews volcanic ash as seen from Sumber Arum village in Banyuwangi, East Java, Indonesia, 13 July 2015. A volcanic eruption on Indonesia’s Java island has forced the closure of four airports, including those on the popular tourist islands of Bali. Mount Raung, located in East Java province, has been spewing ash and rocks since June, prompting authorities to raise its alert to the second highest level. (Photo by Fully Handoko/EPA)

Everyday Lives Of Villagers In Indonesia Captured In Heartwarming Photos 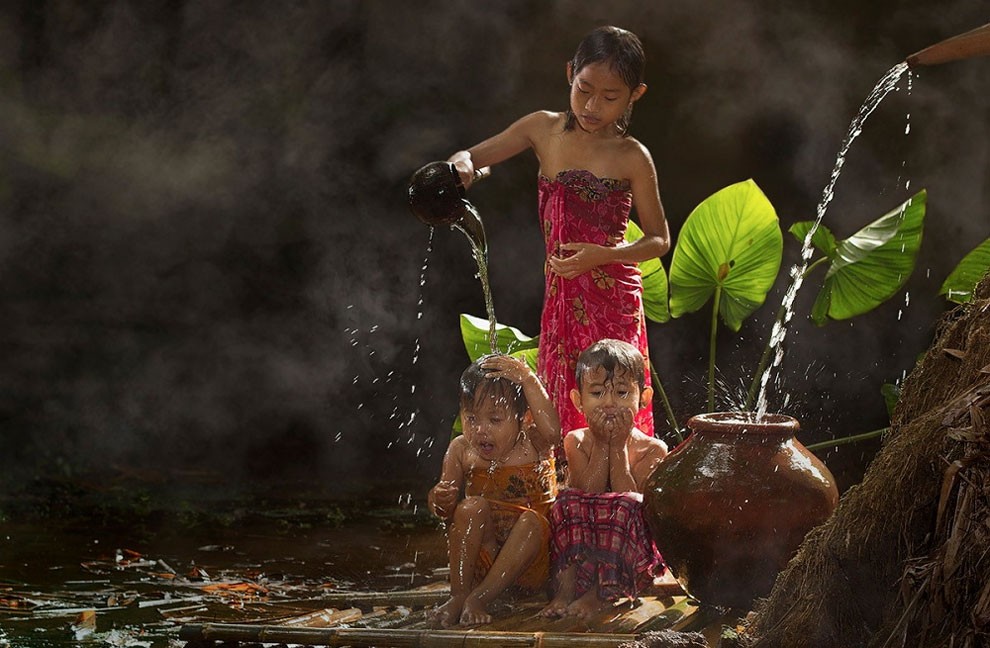 Self-taught landscape and portrait photographer Herman Damar, based in Jakarta, captures everyday life in villages throughout Indonesia. Many of his lively photographs focus on children‘s daily adventures and their close connection with nature. Damar‘s photos are filled with warmth, sincerity and wise optimism, tempting us to go visit Indonesia’s alluring 13,466 islands some day to see the beauty of its nature and its people with our own eyes. END_OF_DOCUMENT_TOKEN_TO_BE_REPLACED 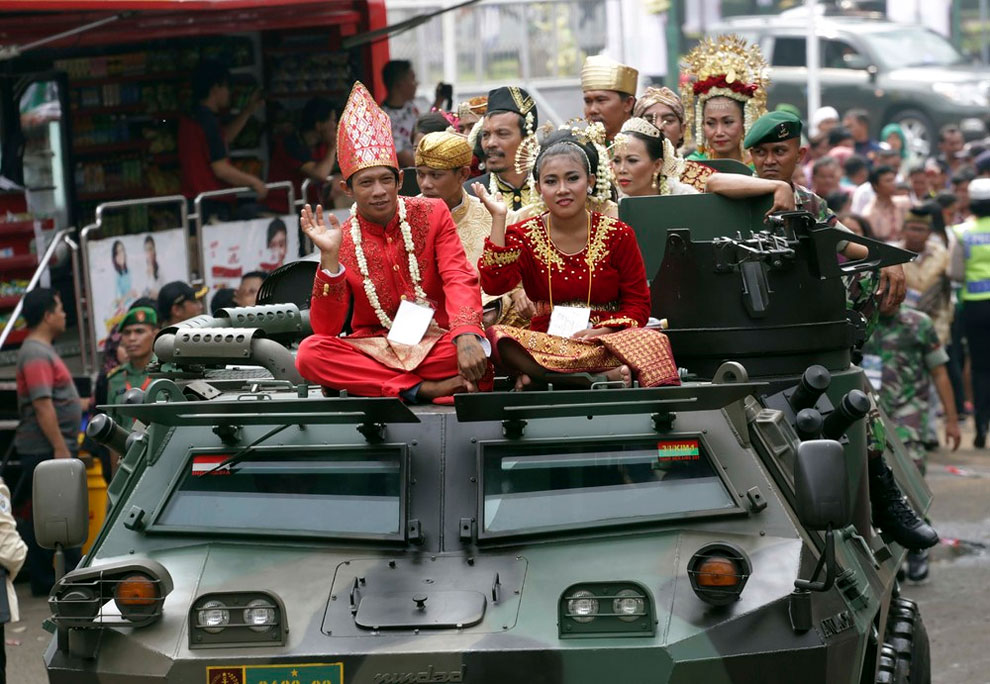 Brides and grooms sit on top of an Indonesian Army vehicle during a mass wedding ceremony organized in Jakarta, Indonesia, Wednesday, January 28, 2015. Thousands of couples registered for the mass marriage sponsored by the Indonesian Armed Forces. (Photo by Achmad Ibrahim/AP Photo)
END_OF_DOCUMENT_TOKEN_TO_BE_REPLACED 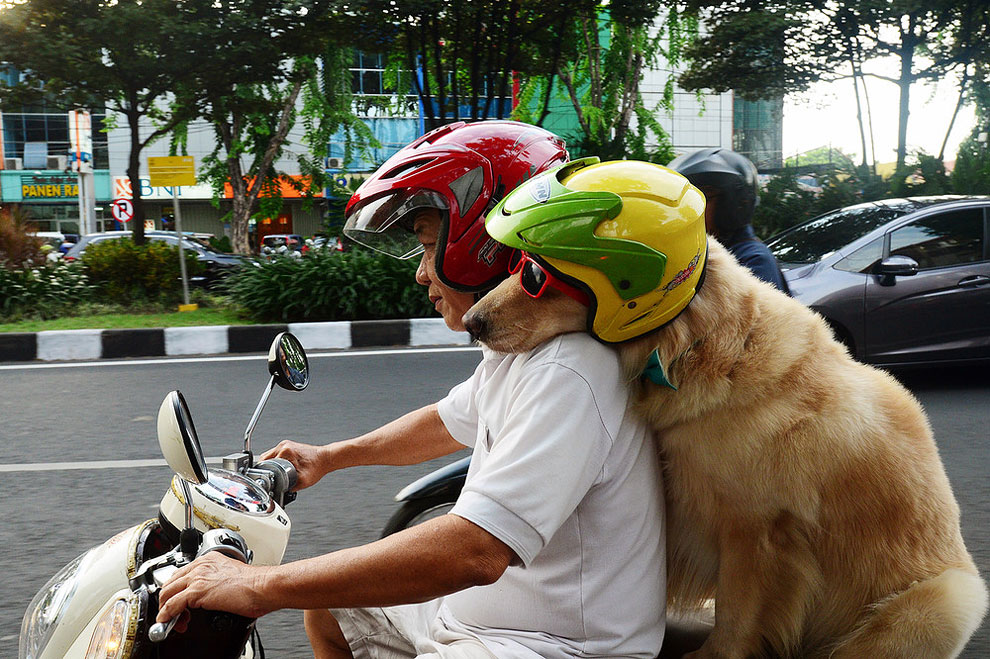 Cool rider Ace on the back on the motorbike, on January 12, 2015, in Surabaya, Indonesia. A pair of dogs enjoy a bit of bark-and-ride – as they weave through Indonesiaís traffic on the back of a motorcycle. Wearing red-framed sunglasses and a helmet the two golden retrievers happily sandwich their owner on the fast bike. Unsurprisingly, the sight of the docile dogs hitching a fast ride in Surabaya, Indonesia, attracts a lot of attention from onlookers. Ace and Armani have been riding since they were just a few months old and now at the age of three the pair jump onto the bike whenever they think their owner is heading out. (Photo by Jefta Images/Barcroft Media/ABACAPress)
END_OF_DOCUMENT_TOKEN_TO_BE_REPLACED

This picture taken on November 8, 2014 shows students from Singapore snorkeling at a coral reef in the waters off Lombok, West Nusa Teggara. Sharks are hauled ashore every day at a busy market on the central Indonesian island of Lombok, the hub of a booming trade that provides a livelihood for local fishermen but is increasingly alarming environmentalists. (Photo by Sonny Tumbelaka/AFP Photo)
END_OF_DOCUMENT_TOKEN_TO_BE_REPLACED 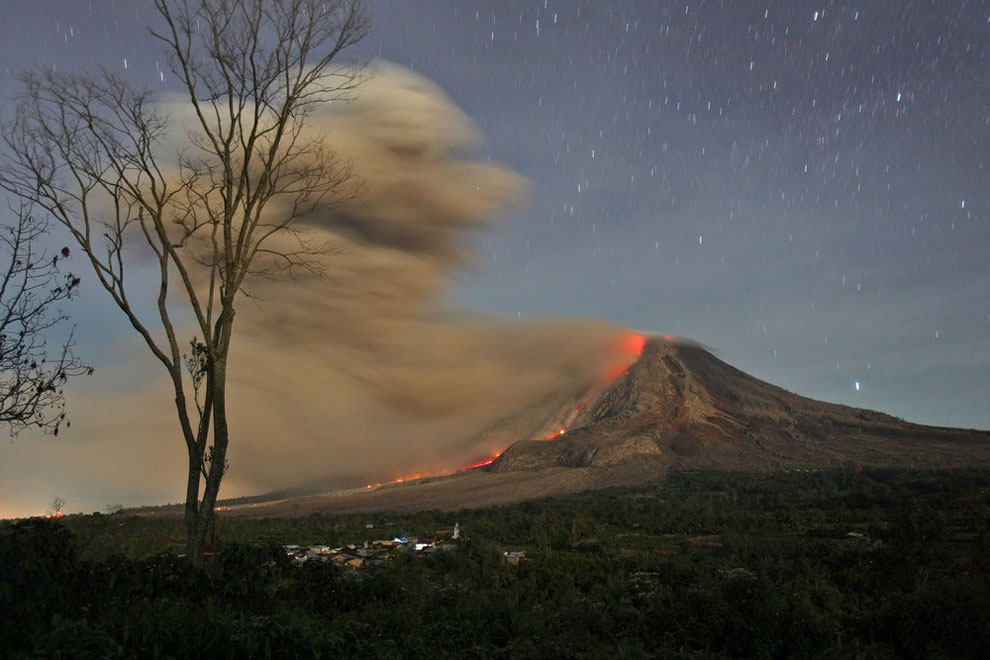 In this photo made with a slow shutter speed, Mount Sinabung spews hot lava and volcanic ash as seen from Jeraya, North Sumatra, Indonesia, early Tuesday, October 14, 2014. Mount Sinabung, among about 130 active volcanoes in Indonesia, has sporadically erupted since 2010 after being dormant for 400 years. (Photo by Binsar Bakkara/AP Photo)
END_OF_DOCUMENT_TOKEN_TO_BE_REPLACED 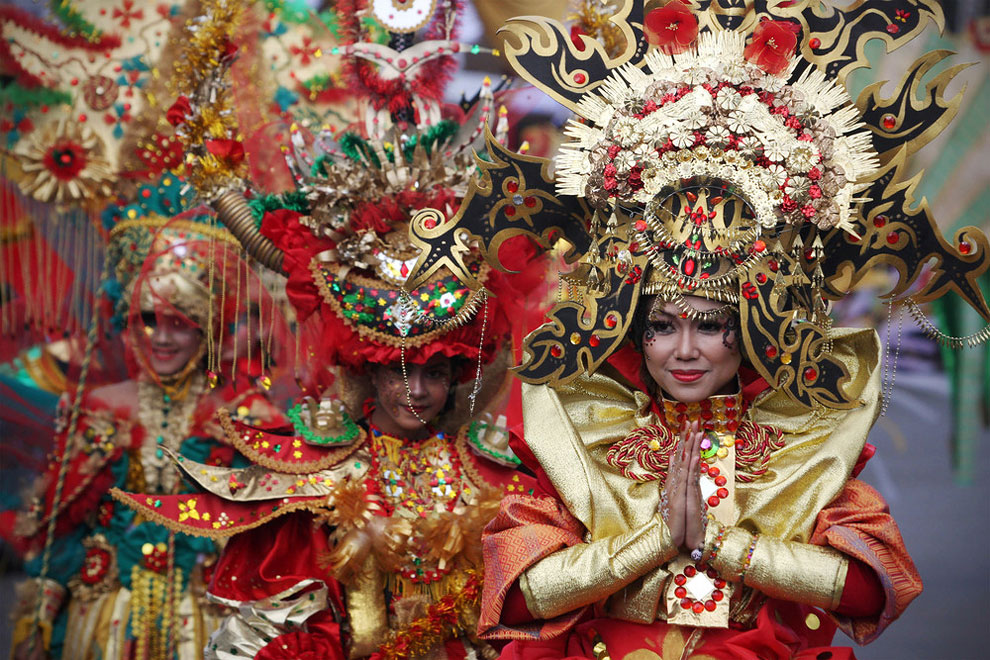 Models showcase a design on the catwalk during the eighth Jember Fashion Carnival on August 2, 2009 in Jember, East Java, Indonesia. World Unity was the theme for this year’s carnival, which featured more than 400 models parading along Jember’s longest street. (Photo by Ulet Ifansasti/Getty Images)
END_OF_DOCUMENT_TOKEN_TO_BE_REPLACED 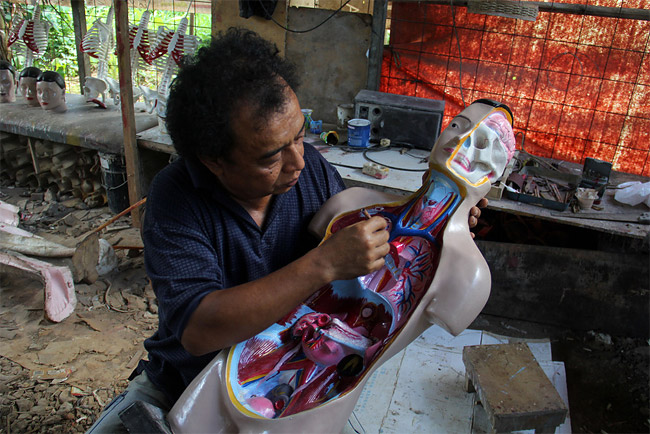 A craftsman works on making human anatomy mannequins on April 23, 2014 in Depok, West Java, Indonesia. The mannequins are made from fiberglass and will be used in schools, hospitals and laboratories. (Photo by Nurcholis Anhari Lubis/Getty Images)
END_OF_DOCUMENT_TOKEN_TO_BE_REPLACED 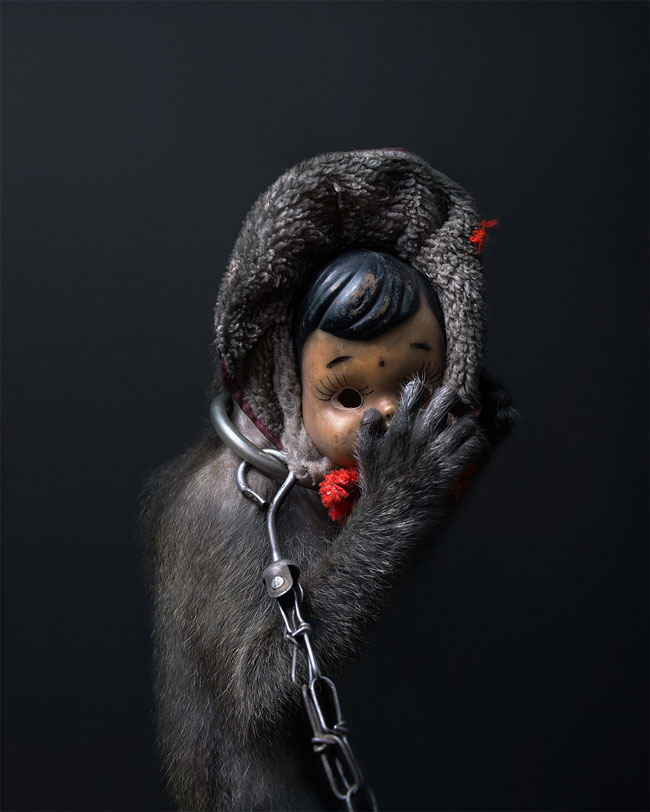 “Terror often stems not from the unknown, but from something familiar that has been subtly – but unmistakably – transformed. This certainly helps explain why Finnish photographer Perttu Saksa’s series, “A Kind of You”, is so unsettling. Saksa, a portrait photographer by trade, was appalled when, traveling in Jakarta in 2012, he first caught sight of macaque monkeys that had been manacled and forced into roles as “actors” in street performances. In the fall of last year, with the help of an Indonesian journalist, Saksa began investigating people known as “monkey masters” – entrepreneurs who train and rent monkeys to beggars. END_OF_DOCUMENT_TOKEN_TO_BE_REPLACED

King Of Wasp Discovered In Indonesia

A new species of wasp has been discovered in Indonesia. University of California Researchers discovered the new wasp during a scientific expedition in the Mekongga Mountains in southeastern Sulawesi, Indonesia. The wasp is two-and-a-half-inches long and has a huge jaw. The weirdest thing about the wasp is its jaw is actually larger than its legs.

The new species of wasp belongs to the genus Dalara and family Crabronidae. The researchers have named the species Garuda, after the national symbol of Indonesia.

Researchers believe that the large jaws could probably play a major role in defence and reproduction. They found that in another species in the genus the males hang out at the nest entrance. This serves to protect the nest from parasites and nest robbing and for this he exacts payment from the female by mating with her every time she returns to the nest. So it is a way of guaranteeing paternity, researchers says. Additionally, the jaws are big enough to wrap around the female’s thorax and hold her during mating.