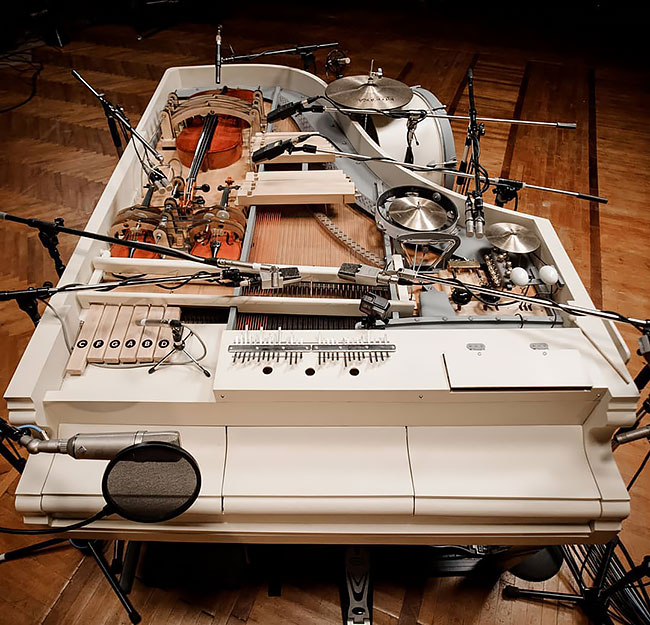 When the Ukrainian band Brunettes Shoot Blondes came across a vintage broken piano, they decided to transform it into a unique and completely analog hybrid of 20 different instruments that are each connected and controlled by the piano keys. The band prominently featured this wonderful instrument in the music video for their song “Houston”. END_OF_DOCUMENT_TOKEN_TO_BE_REPLACED 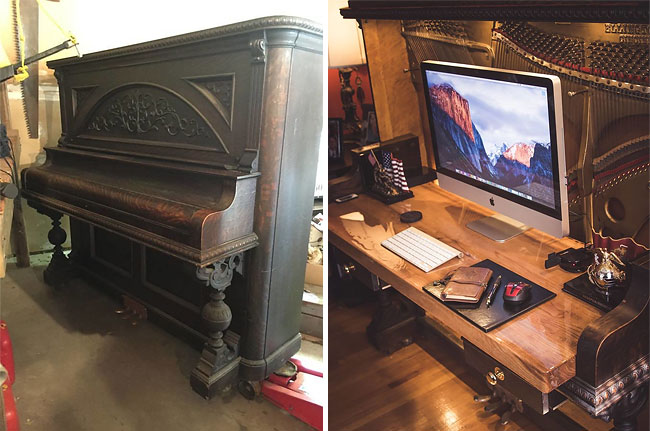 Artist Jonathan Miranda Sickmeyer came across a free piano on Craigslist and he could let it go to waste. Once he found out that it was going to cost too much money to restore it, he decided to go in a different direction. Instead of restoring the piano, he turned it into a one of a kind desk. END_OF_DOCUMENT_TOKEN_TO_BE_REPLACED 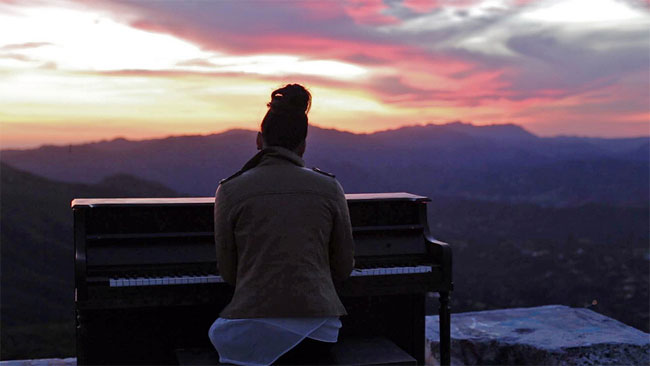 A person sits at an upright piano that had been hauled up to Topanga Lookout in the Santa Monica Mountains in Calabasas, Calif. For a couple of days last week, a Southern California hilltop was alive with the sound of mystery. Hikers venturing to Topanga Lookout found a battered upright piano sitting on a graffiti-scrawled concrete slab with a panoramic view over the mountains between Calabasas and the Pacific Ocean. Turns out, the piano was used for a music video by Seattle-based artist Rachel Wong. The cinematographer, Michael Flotron, says he and four others used a dolly and rope to haul the 350-pound instrument a mile up the trail on Tuesday. After the shoot, it was too dark to get the piano back down. Flotron says people seem happy to leave it there. But if necessary, he’ll haul the piano back down. (Photo by Michael Flotron/AP Photo) END_OF_DOCUMENT_TOKEN_TO_BE_REPLACED 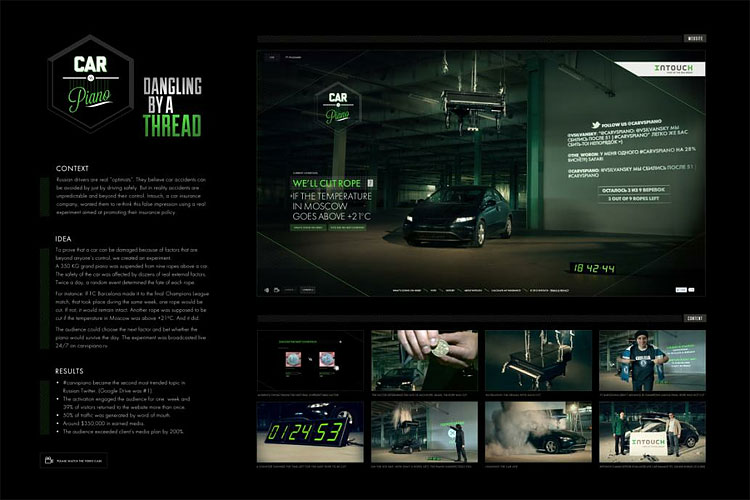 To prove how unpredictable car accidents are, Intouch insurance created a live 24/7 web broadcast. A 359 KG grand piano was suspended from nine ropes above a car in a Moscow garage during seven days. Twice a day people could vote on a live broadcast 24/7 on carvspiano.ru for an unpredictable real event resulting in one rope being cut. For example: if the temperature in Moscow rose to +21C one rope could be cut. If FC Barcelona advanced to the Champions League Final that same week, another rope would be cut. A live Twitter feed was projected on the wall and a timer clock kept the audience intrigued, waiting for the next rope to be cut-or not. On the 6th day the piano fell down on the car and proving that even if we couldn’t save the world from falling pianos we did make more drivers consider buying our intouch ”no fault” car insurance. END_OF_DOCUMENT_TOKEN_TO_BE_REPLACED 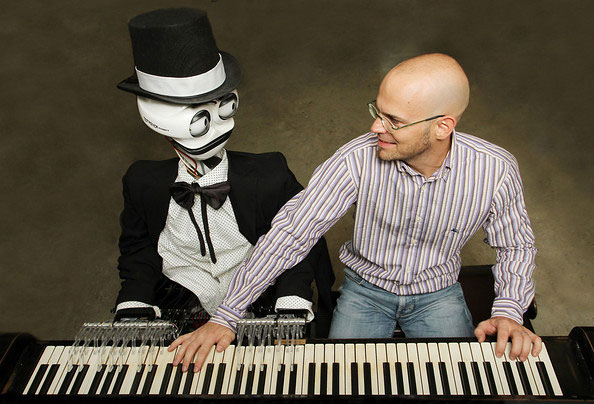 The world’s fastest piano player has been unveiled – a robot with nineteen fingers. The robot – called Teotronico – has nineteen digits because it is the exact number needed to play any melody or song. Teotronico’s robotic hand technology enables him to play the piano faster than any human possibly could. He can also distinguish between the speed of key change as well as play a drum machine and sing – the only robot in the world who can do all those things at the same time. (Paul Andrews / PacificCoastNews) END_OF_DOCUMENT_TOKEN_TO_BE_REPLACED