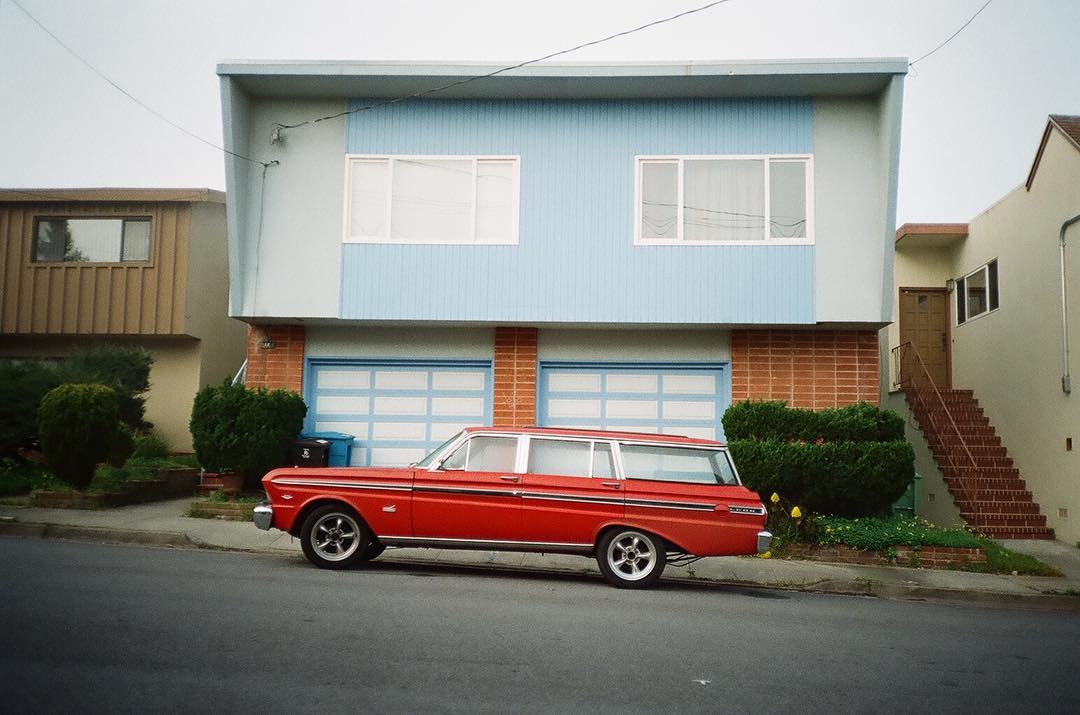 Most of Robert Ogilvie’s photographs were taken in San Fransisco. A city whose streets he walks and represents on ground level. A tale that will inspired the street photographer in you! END_OF_DOCUMENT_TOKEN_TO_BE_REPLACED 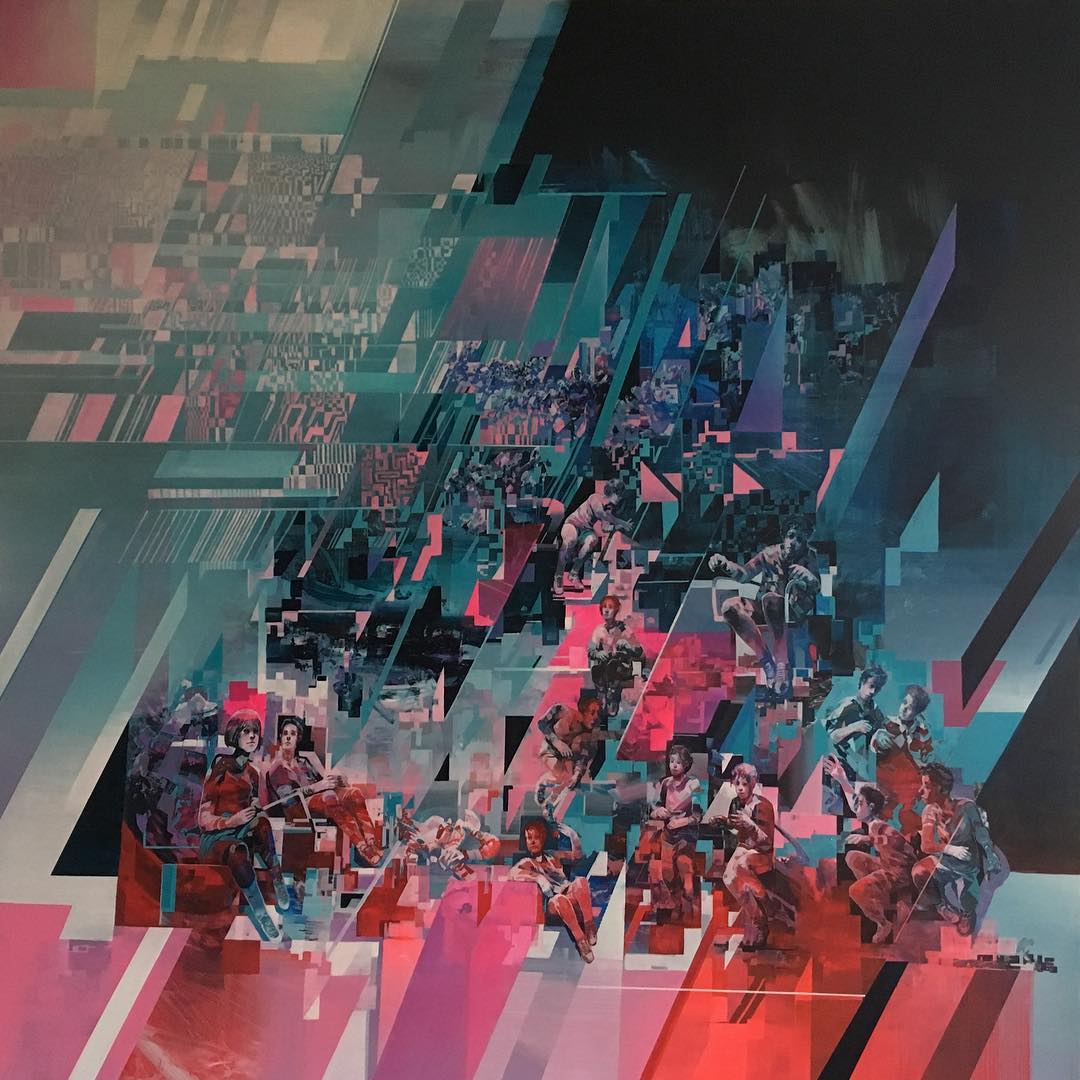 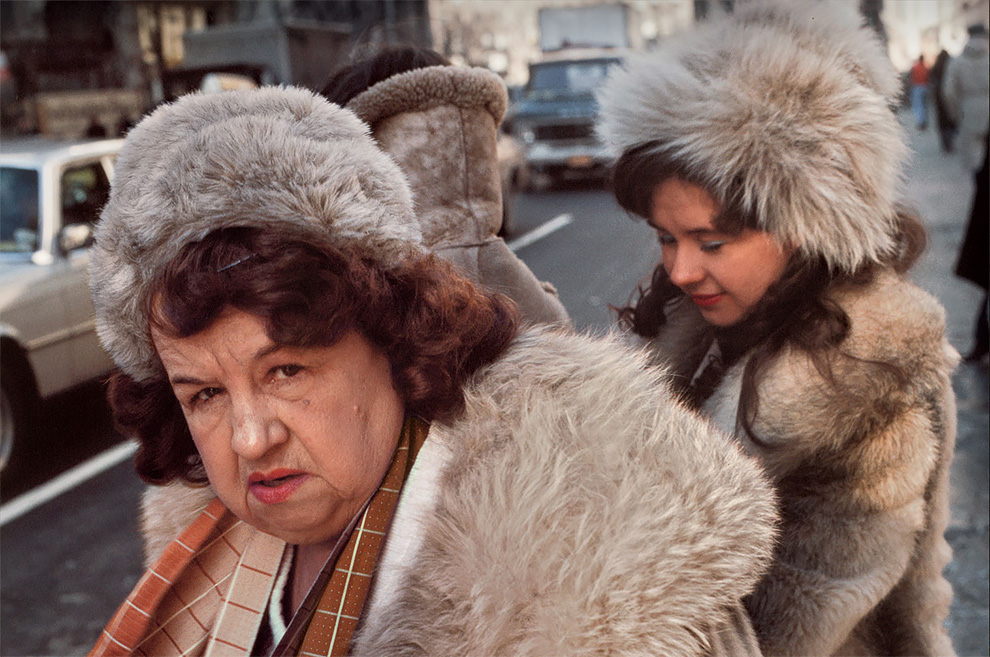 Robert Herman’s Kodachromes of 1980s New York City form part of his series of street photography taken from 1978 to 2005. A film student at NYU, Herman gained creative fuel and purpose through the camera and walking. END_OF_DOCUMENT_TOKEN_TO_BE_REPLACED

“Pioneering The Space Frontier” – An Otherworldly Art Of Robert McCall

The works of Robert McCall are a rich tapestry that encompasses more than just the history of space exploration and visions of the future.

First Men on the Moon 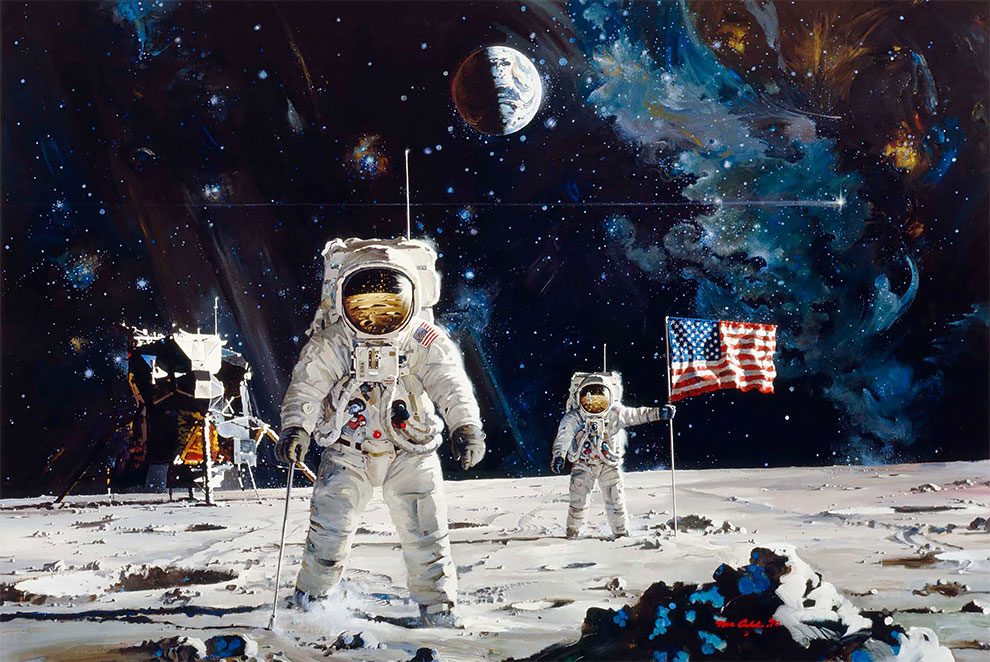 McCall is a talent whose depth and richness of spirit are translated into a special invitation. His work invites one to ride on a spectrum of color, brilliance, and imagination-to become part of the twisting kaleidoscope that is our ever-expanding knowledge of the universe. END_OF_DOCUMENT_TOKEN_TO_BE_REPLACED

“To The Moon And Back”: Breathtaking Manipulated Photos By Robert Jahns 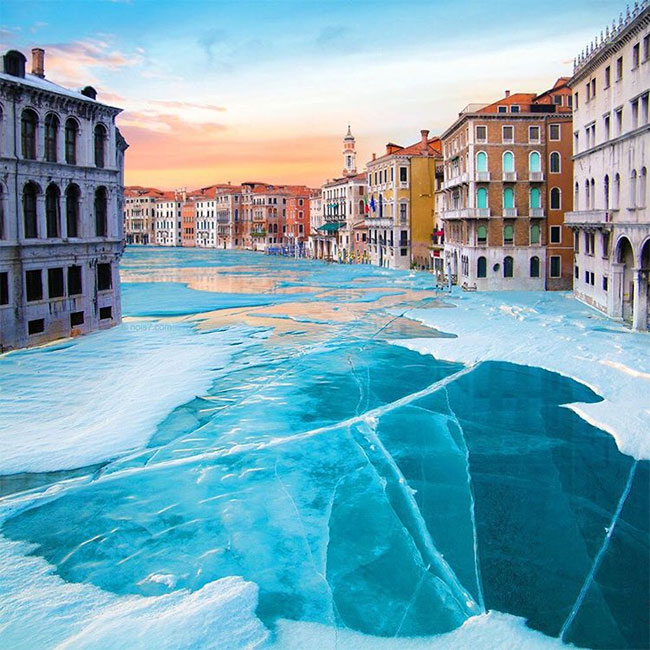 A not-so-famous photographer Robert Jahns can do impossible things with common photos. He takes two pictures and joins them into a single composition. Thanks to this creative idea, which is based on the combination of contrasts, ordinary photos become interesting and attractive. Jahns combines several pictures into one seamless scene. A leafless crown of the tree, layered onto deer antlers, creates a real and natural continuation of the deer`s head. Likewise, a rollercoaster with an overview of the city frightens us by being very realistic. END_OF_DOCUMENT_TOKEN_TO_BE_REPLACED 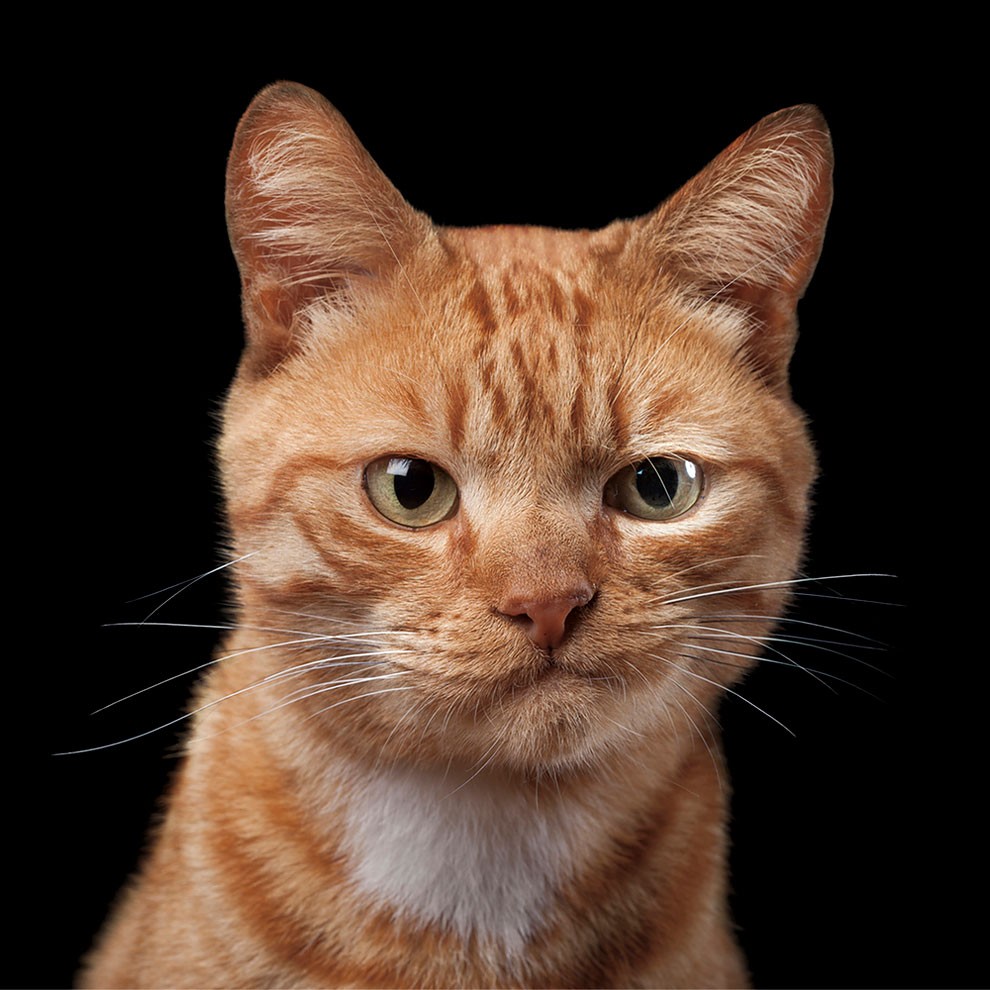 Photographer Robert Bahou grew up surrounded by lots of animals and has always had a profound fascination with what goes on in their minds. END_OF_DOCUMENT_TOKEN_TO_BE_REPLACED 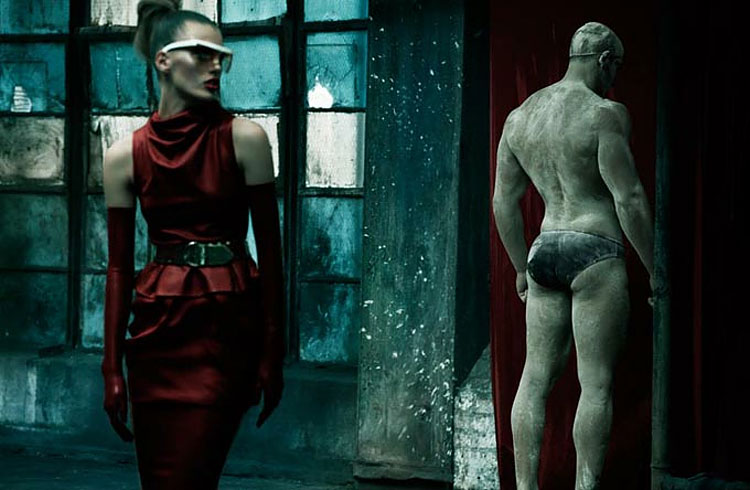 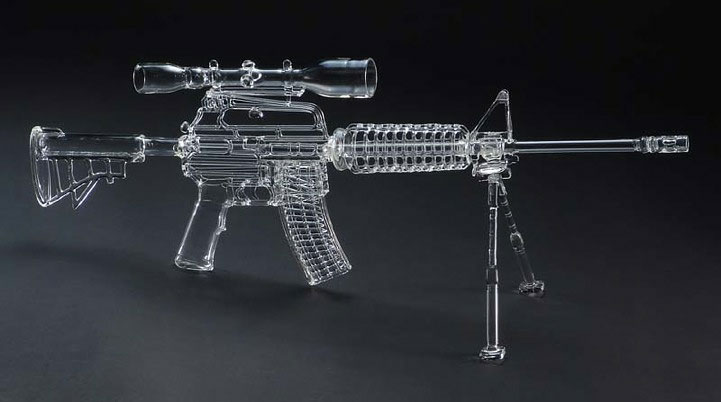 Artist Robert Mickelson is an expert sculptor whose medium of choice happens to be glass. There’s something so pure and serene about glass. Perhaps it’s the material’s transparency coupled with its fragility. Whatever it may be, Mickelson knows how to accentuate the element’s most appealing qualities. Each of his life-like sculptural pieces exude realism with a refined quality. END_OF_DOCUMENT_TOKEN_TO_BE_REPLACED 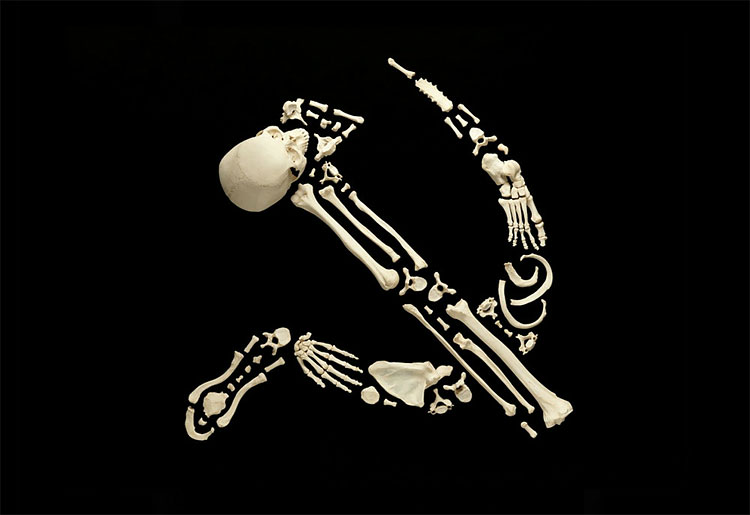 Francois Robert bought a skeleton from a school in the mid-90s, and started to creat this series of art works named “Stop the Violence” since 2007 after conceived a long time. END_OF_DOCUMENT_TOKEN_TO_BE_REPLACED 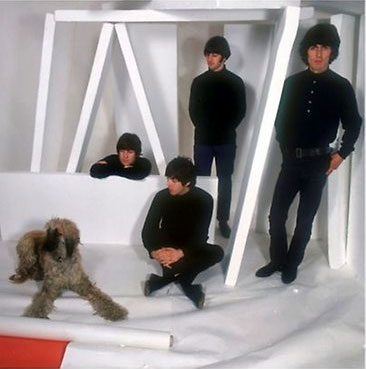 Robert Whitaker became involved with the Beatles after photographing their manager, Brian Epstein for the Jewish News in Melbourne. END_OF_DOCUMENT_TOKEN_TO_BE_REPLACED

Robert Pattinson Gets Another Wax Figure

Madame Tussauds in Shanghai unveiled another lookalike of the man who plays the popular vampire Edward Cullen. Two of Pattinson’s Chinese fans – dressed up as brides — were given the chance to literally unveil the new wax figure of the Hollywood heartthrob.

Another wax figure is currently on display at Madame Tussauds in New York City. That one took four months and $220,000 to make, MTV reported. It was revealed in 2010. 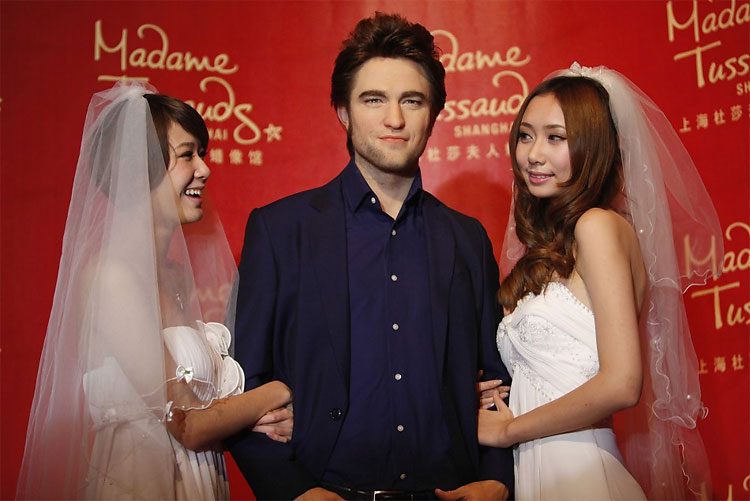