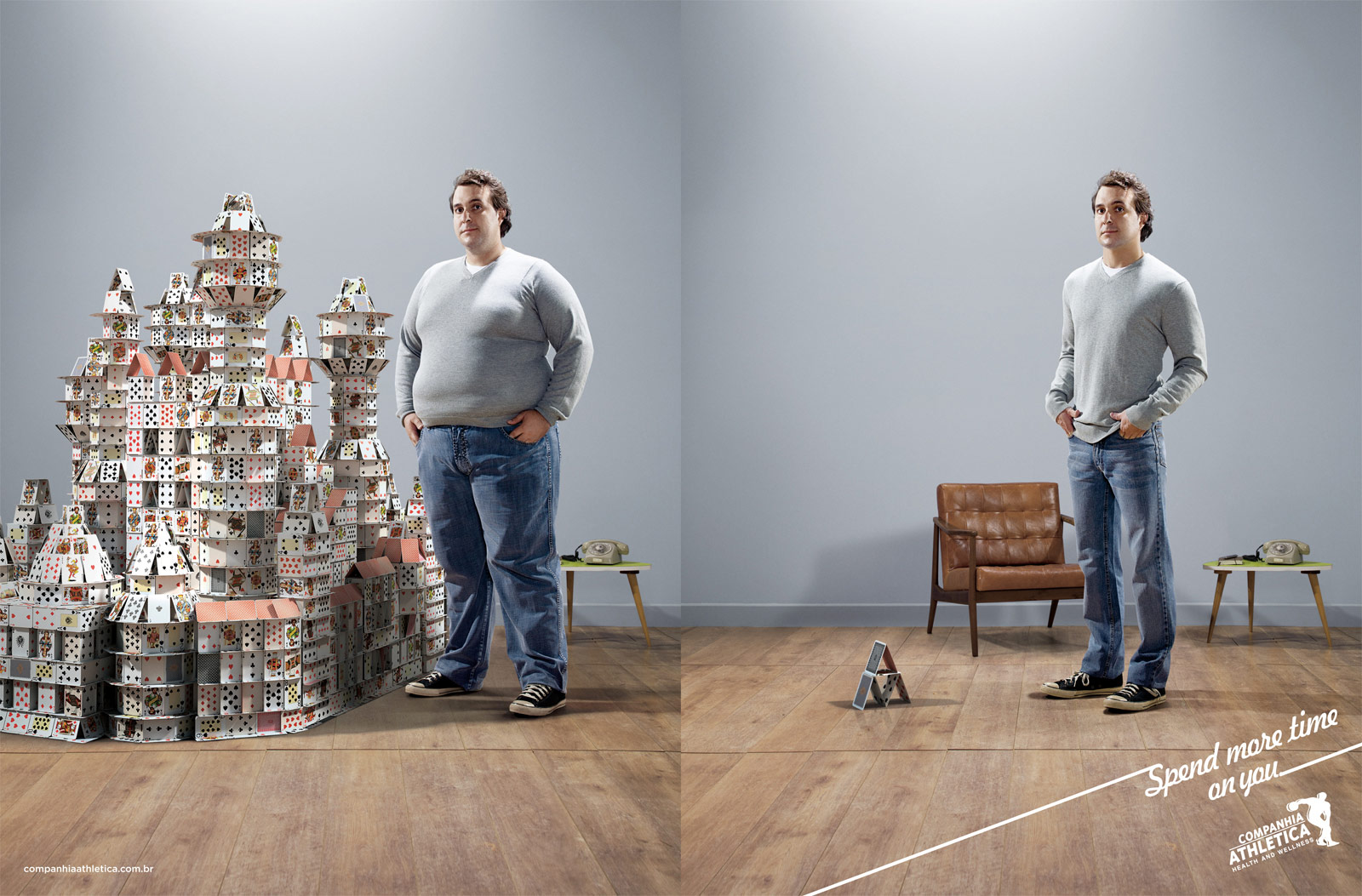 When spending time taking care of health and well being, it is common to hear ” I don’t have time for that, ” I can’t do that, “it’s impossible to get there”. Thinking on how to demystify these excuses and prove that there is no need to give away personal achievements in order to get in shape, DDB Brasil created a humorous campaign for Cia Athletica. The ads suggest that people will invest a little time on themselves and make a relation between the shape of people that spend time with hobbies and mannerisms with those who dedicate themselves to their own well being. The campaign has three parts, titled “Origami”, “Letters” and “Garden”.

Founded 26 years ago, Cia Athletica is the largest gym network in Brazil, with 15 units and about 30 000 students. Its differential is in their line of thinking, as reflected in the concept “People caring for people”. 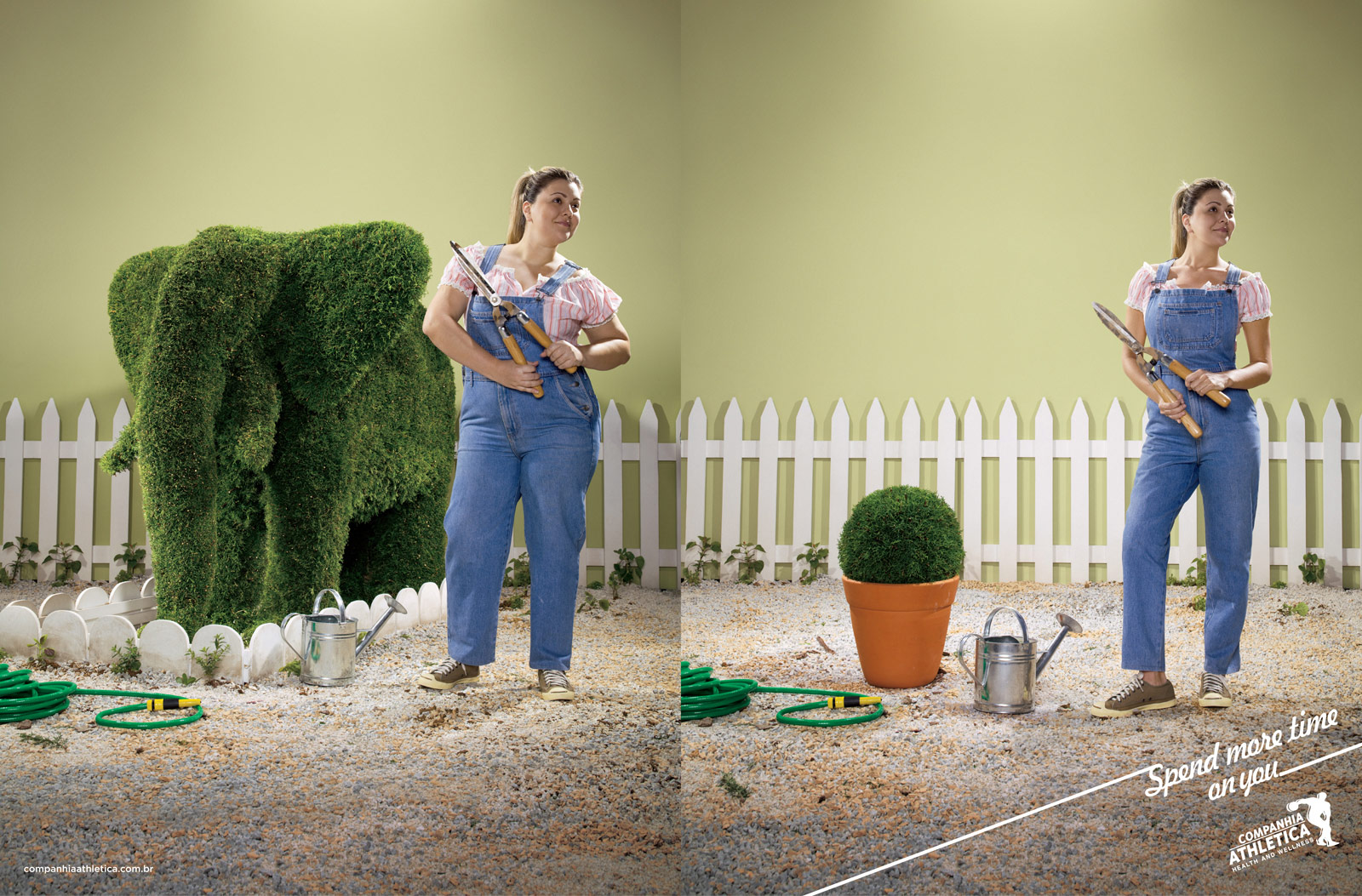 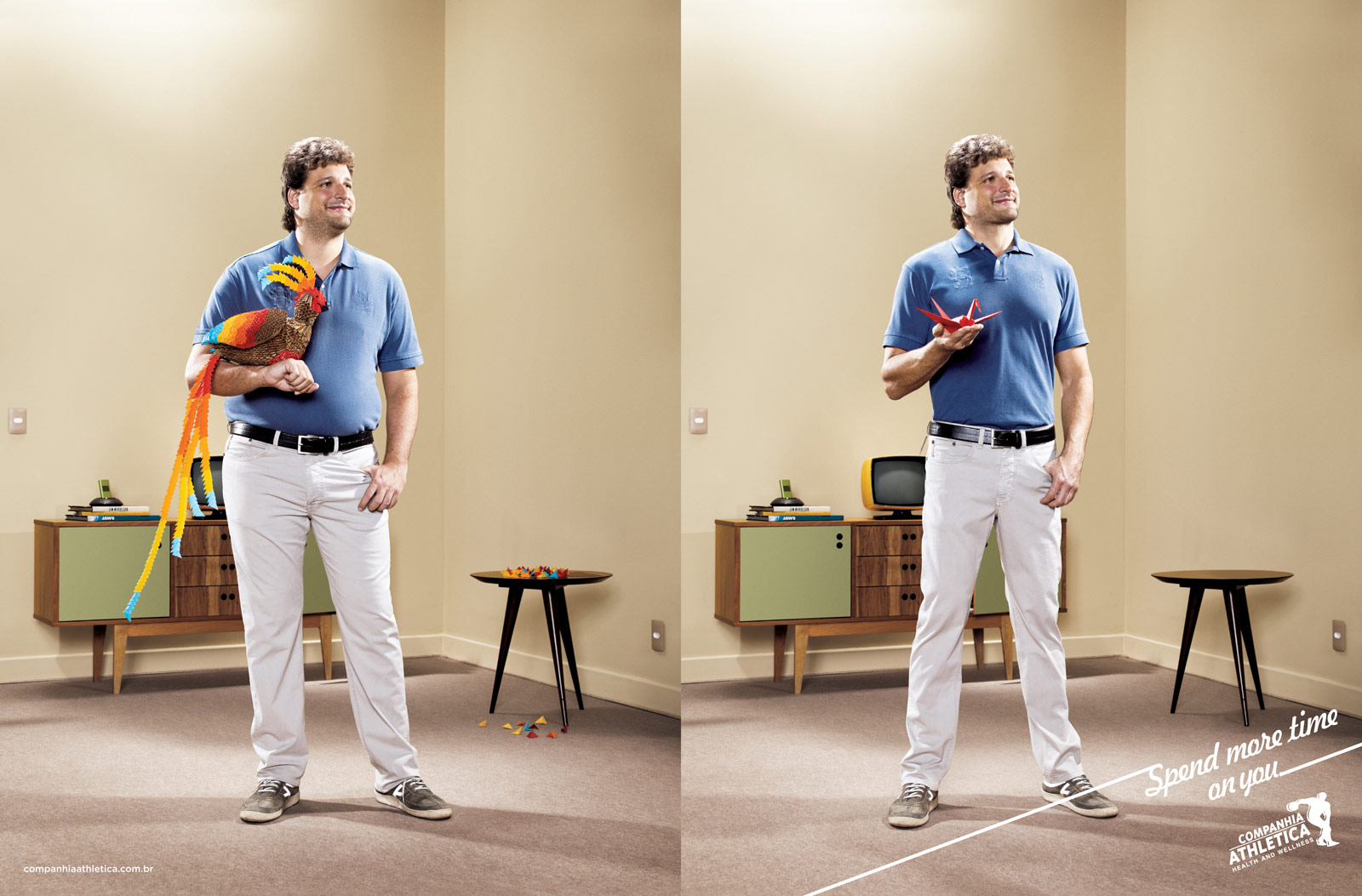