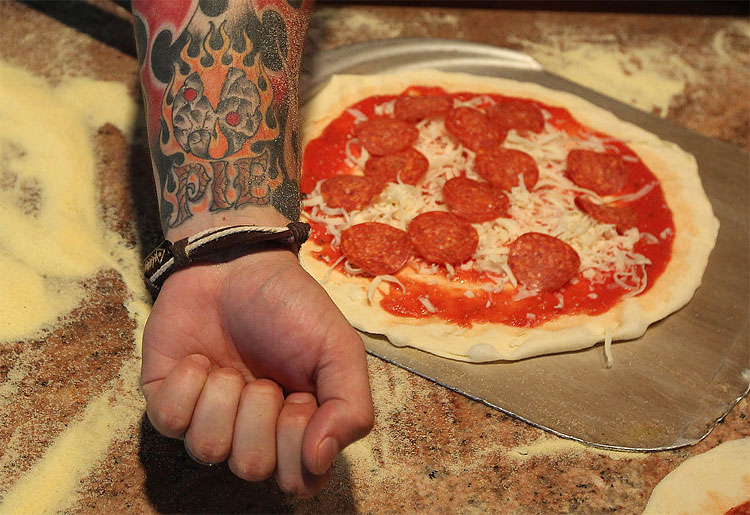 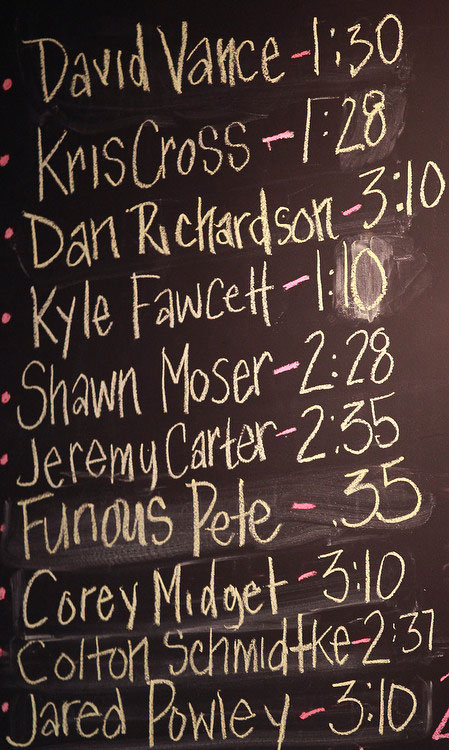 To qualify for the competition hopefuls were measured on their time to eat one pizza, Furious Pete Czerwinski ate one in 35 seconds. 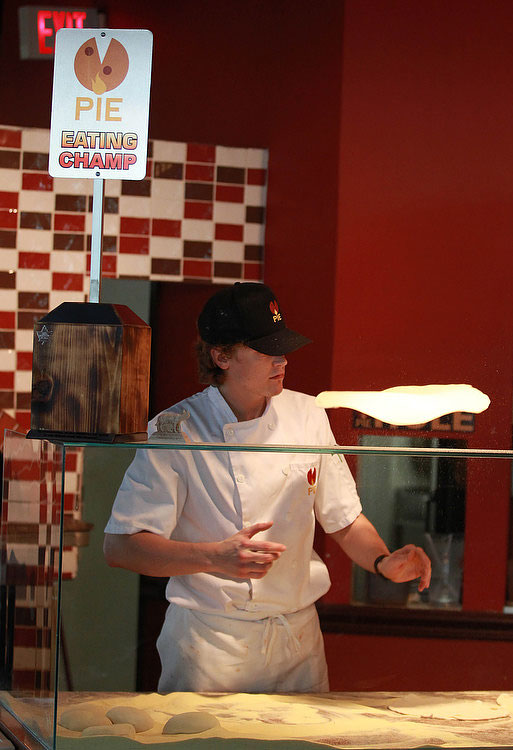 The Kobi pie, which is 14 inches across, weighs about a pound. It is 9 ounces of dough, 4 of sauce and 3 of cheese. 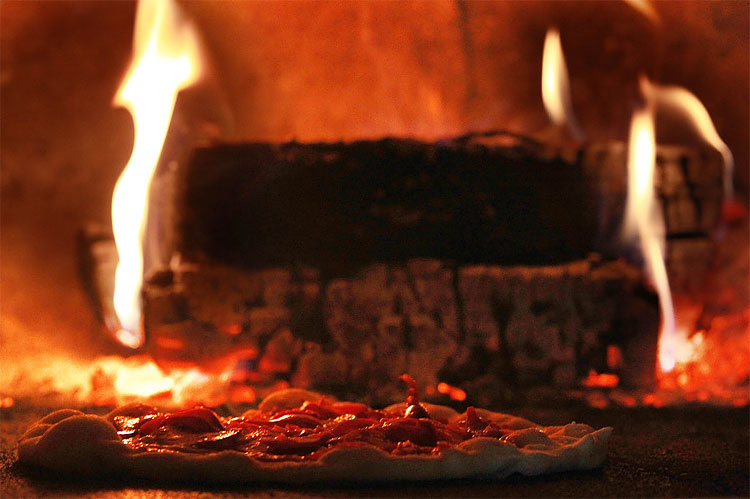 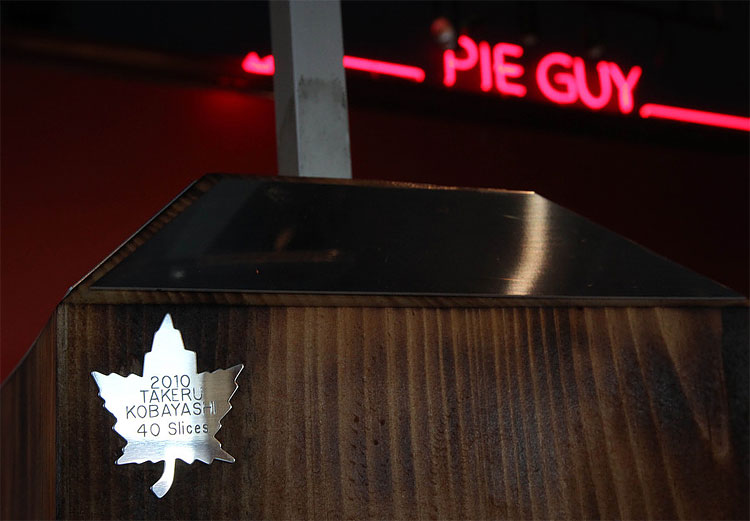 Kobayashi won the first competition by eating 40 slices, or 10 pizzas, in 12 minutes. 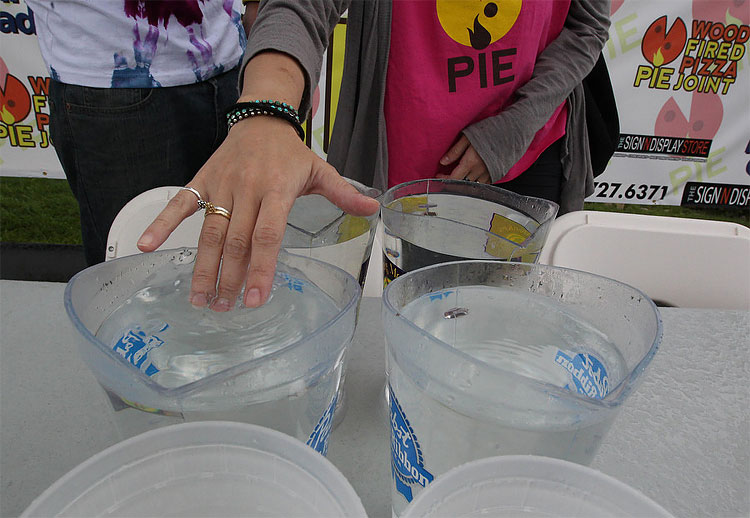 Kobayashi’s Manager checks out the temperature of his water. 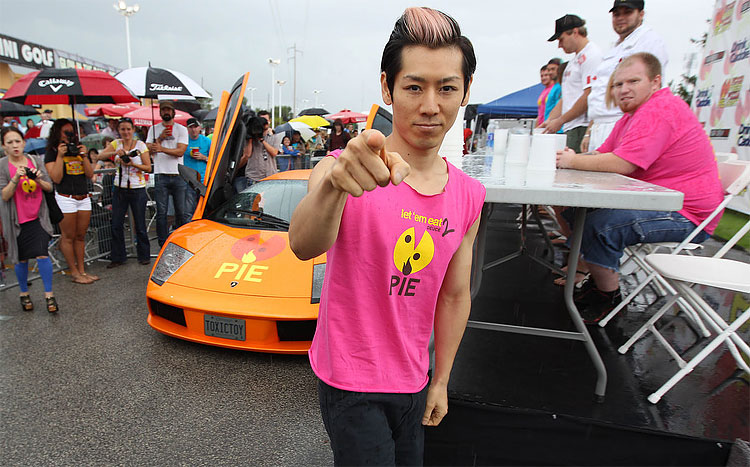 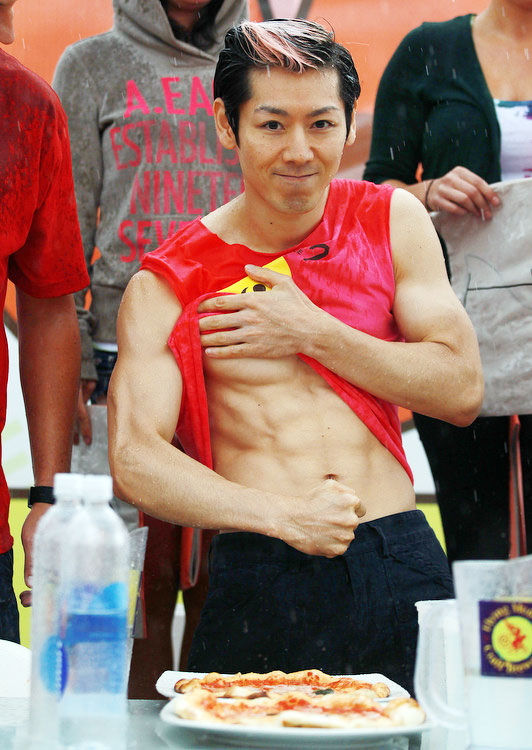 Kobayashi has a body fat percentage between 6 or 7 percent, may of the super eaters are thin, some speculate that it is because not much fat surrounds the stomach allowing it to expand. 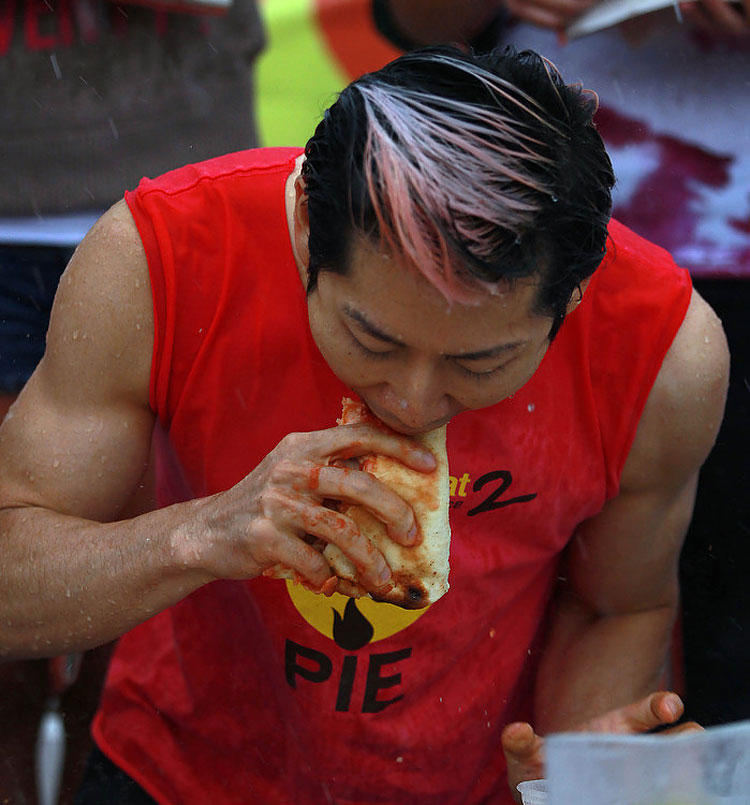 As the rain begins Takeru Kobayashi digs in. 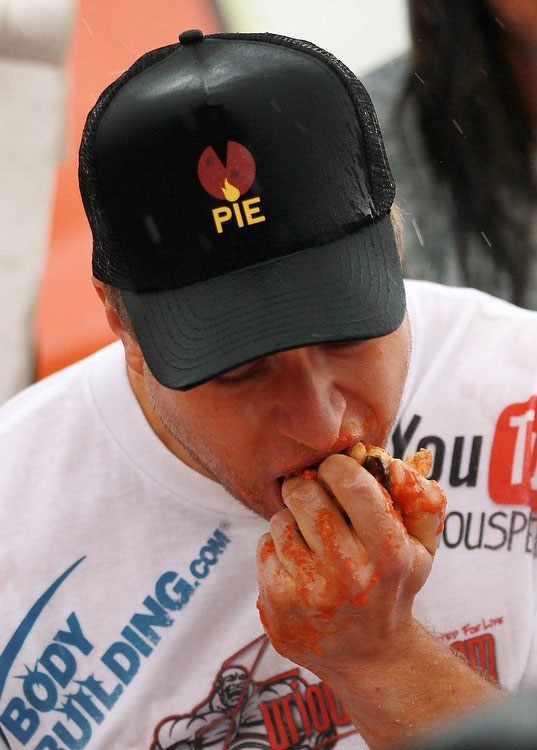 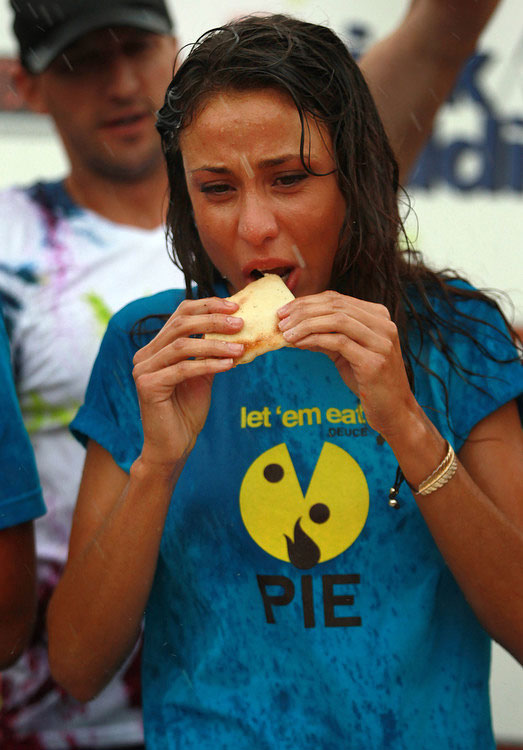 Lara Martin ate 12 slices in the rain, she was one of two women competing, the other, Merdirth Boxberger, finished third with 21 slices. 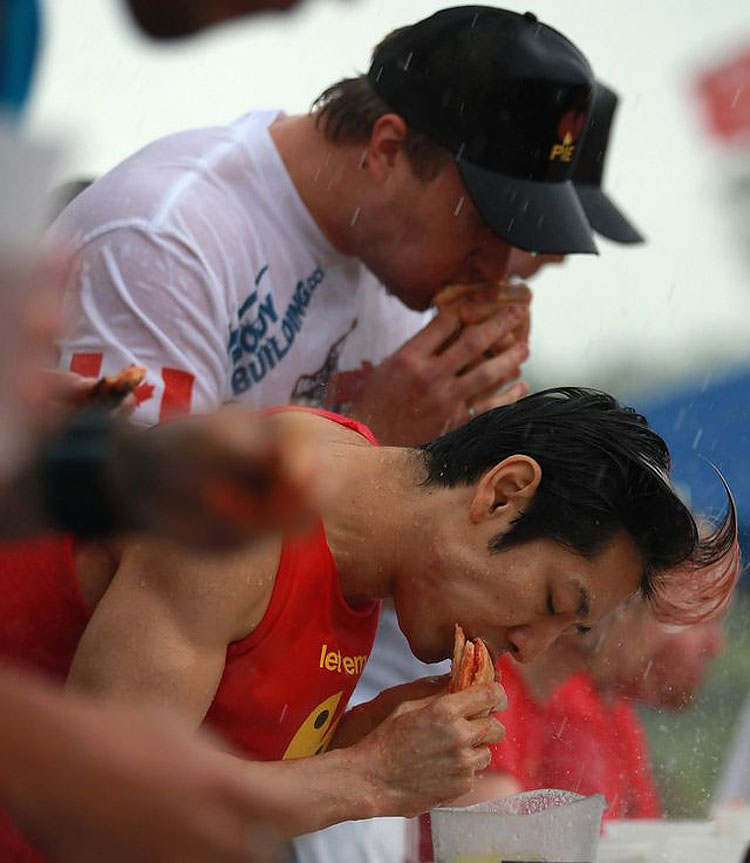 Takeru Kobayashi and Furious Pete Czerwinski eat side by side. The pair competed against each other earlier in the month. It was tacos and Kobayashi finished first eating 81 in ten minutes and Furious Pete ate 49 for second place.

In torrential rain Takeru Kobayashi and nine other competitors eat pizza in Barrie. 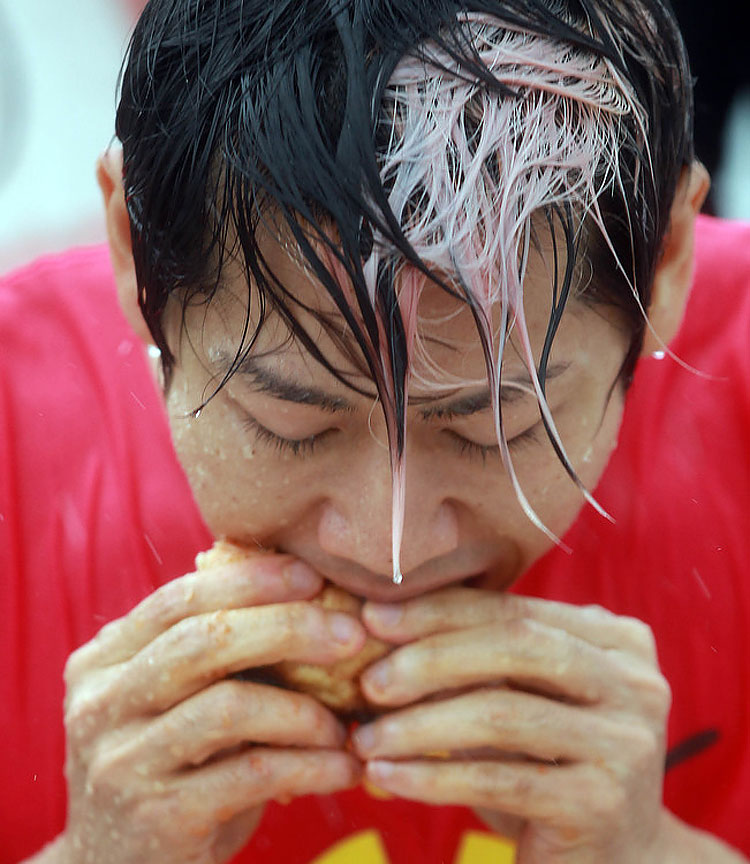 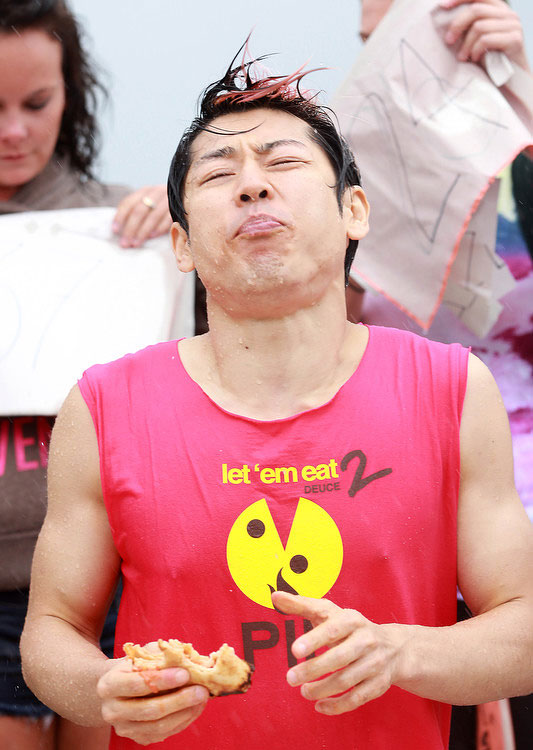 Like a snake Takeru Kobayashi throws back his head to swallow his pizza.

Soaked and stuffed with pizzaTakeru Kobayashi stands above his competition after eating 43 slices of Pizza, almost 11 pizzas, to defend his title at Pie Wood Fired Pizza Joint in Barrie. 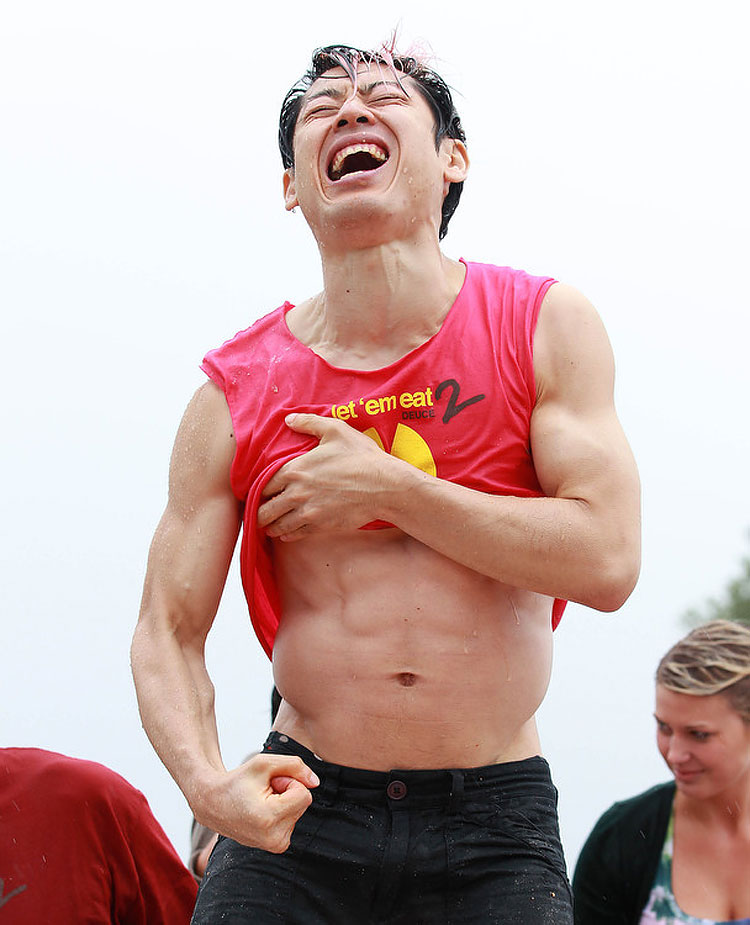 With his abdominals a little less pronounced Takeru Kobayashi celebrates his victory. 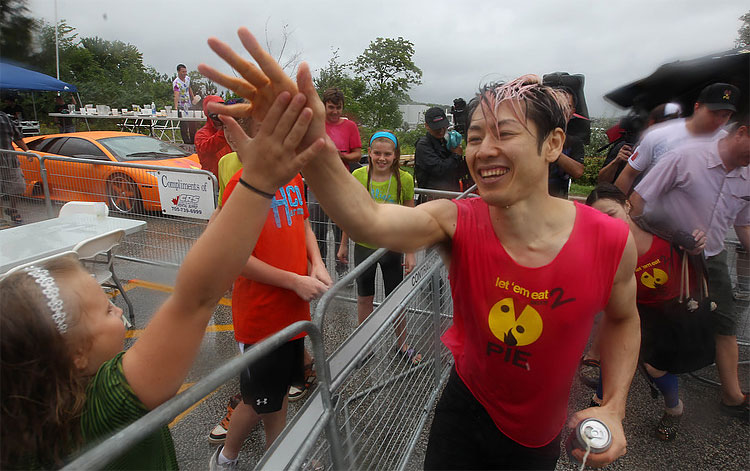 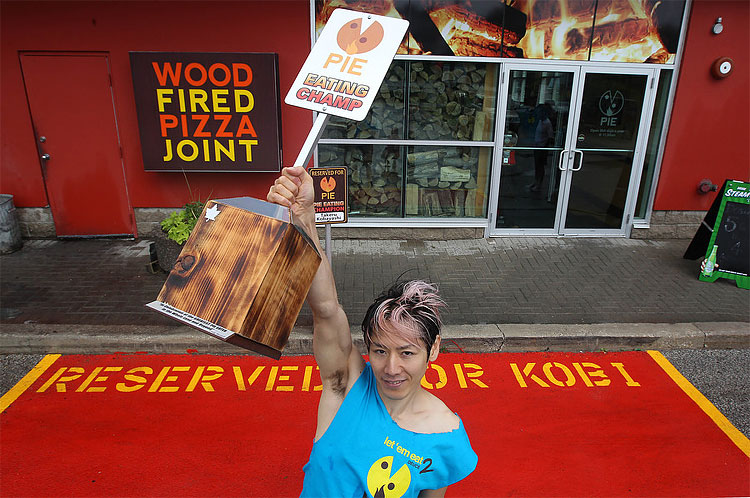 Takeru Kobayashi set a new record of 43 slices of Pizza. He won $3,000 and a parking spot outside the restaurant’s front door. 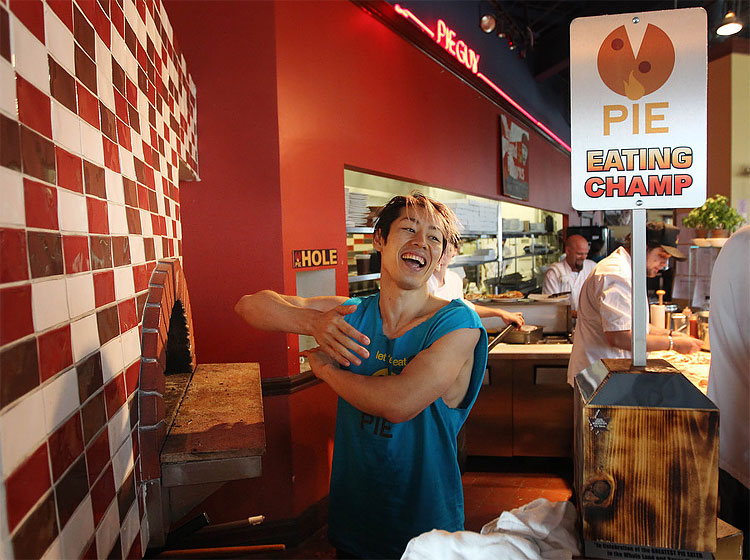 Takeru Kobayashi warms up by the pizza oven after eating 43 slices of Pizza to defend his title at Pie Wood Fired Pizza Joint in Barrie. 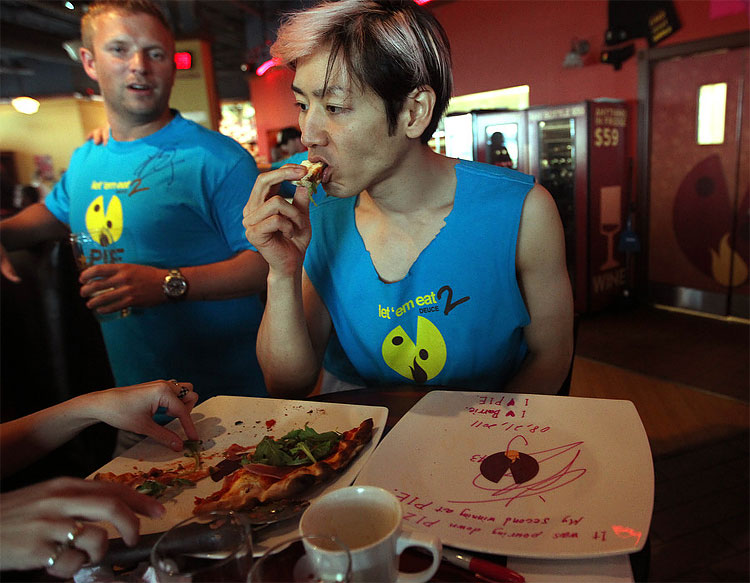 An hour after eating close to 11 pizzas, Takeru Kobayashi “cools down” with a pizza! 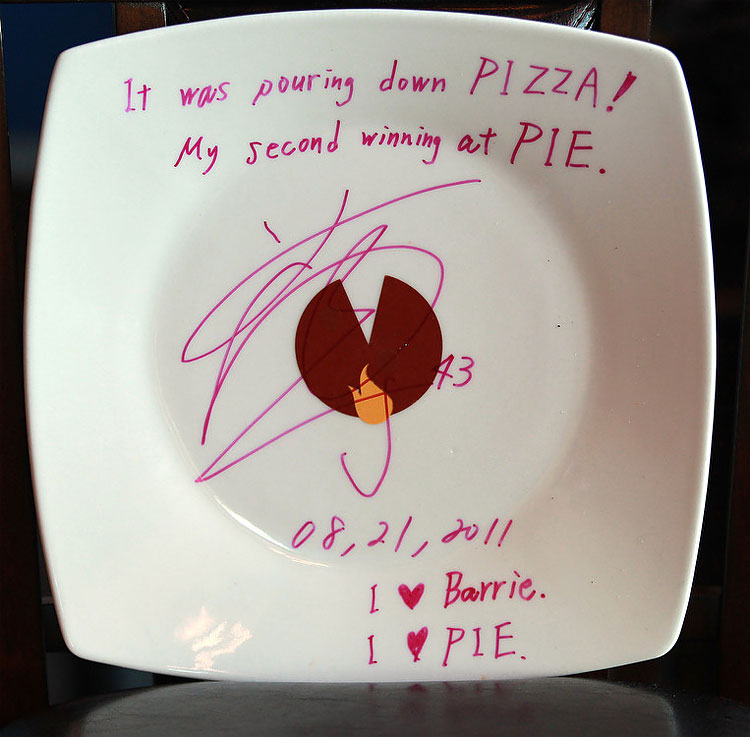