Lab-grown spinal cords and glowing fish larvae are among the incredible images from the researchers at the Australian Institute for Bioengineering and Nanotechnology at Queensland University, as they celebrate national science week with an annual competition to find the best pictures taken under the microscope. 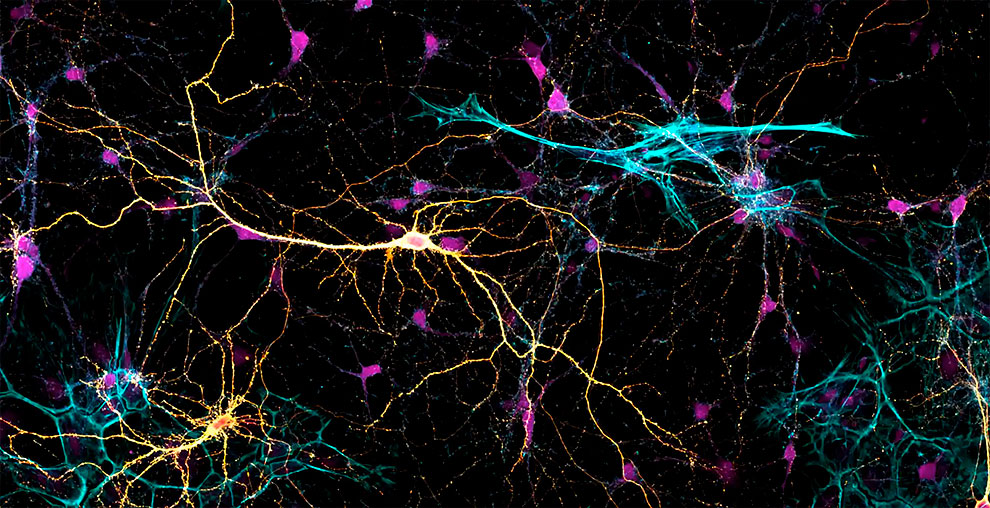 No, you’re not in the Matrix, just looking at the magnificent, fluorescent world of microfluidics. Photograph: Raissa Teixeira 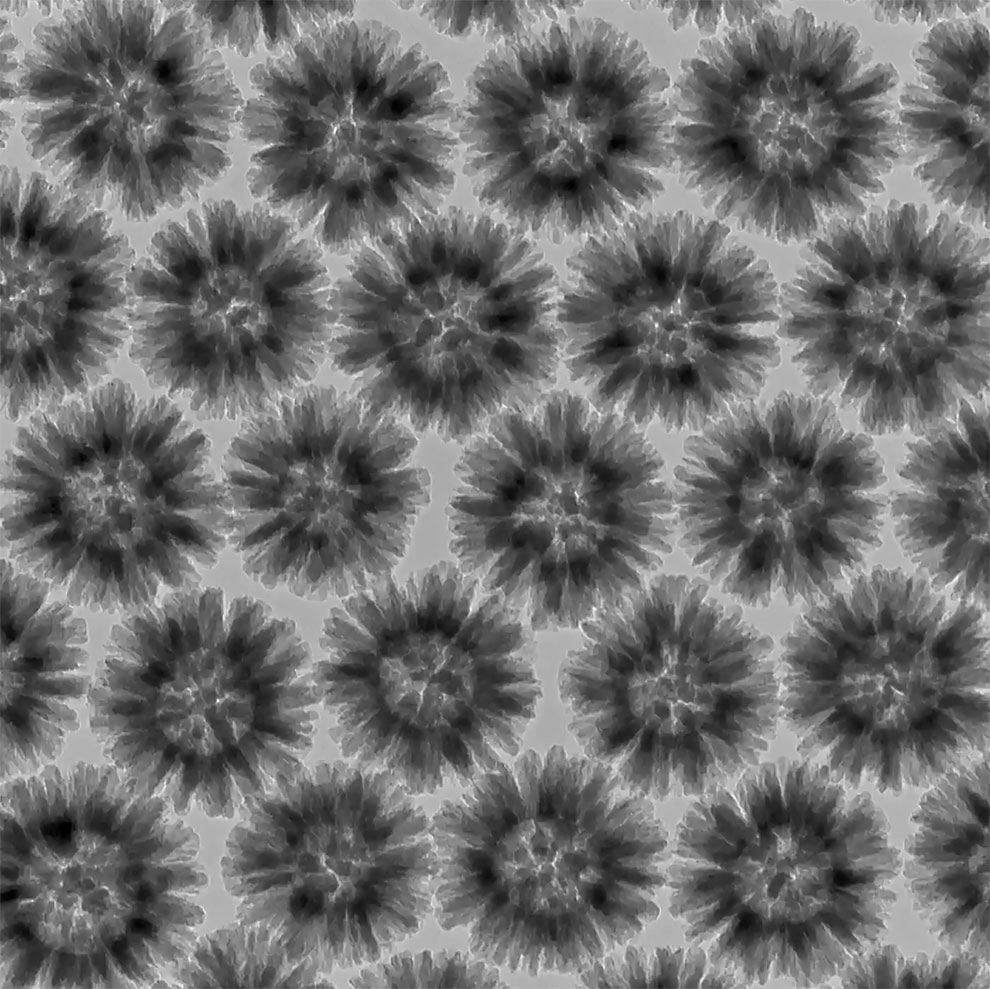 An array of rough silica nanoparticles, arranged and captured at the UQ Centre for Microscopy andMicroanalysis. Photograph: Dan Cheng 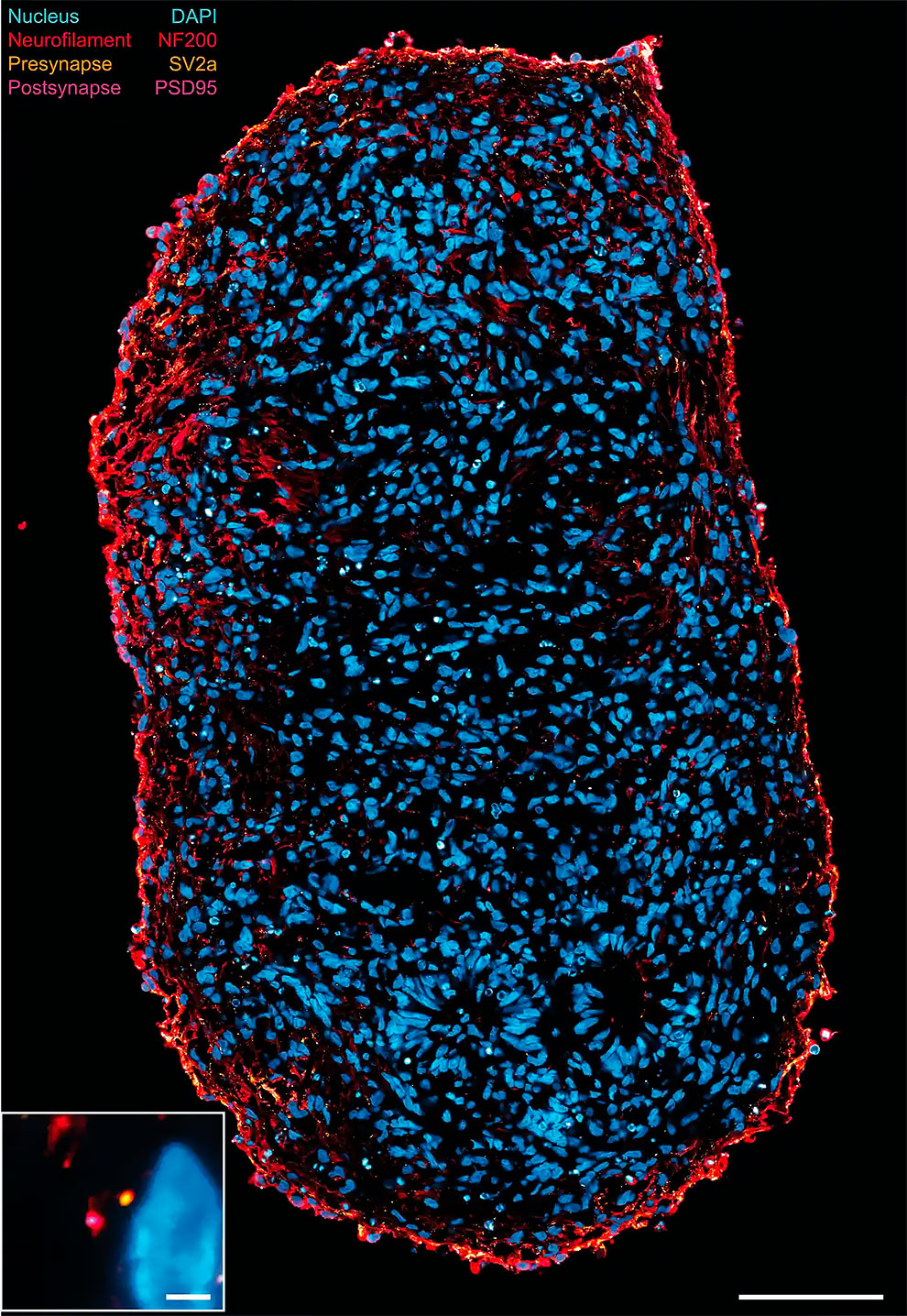 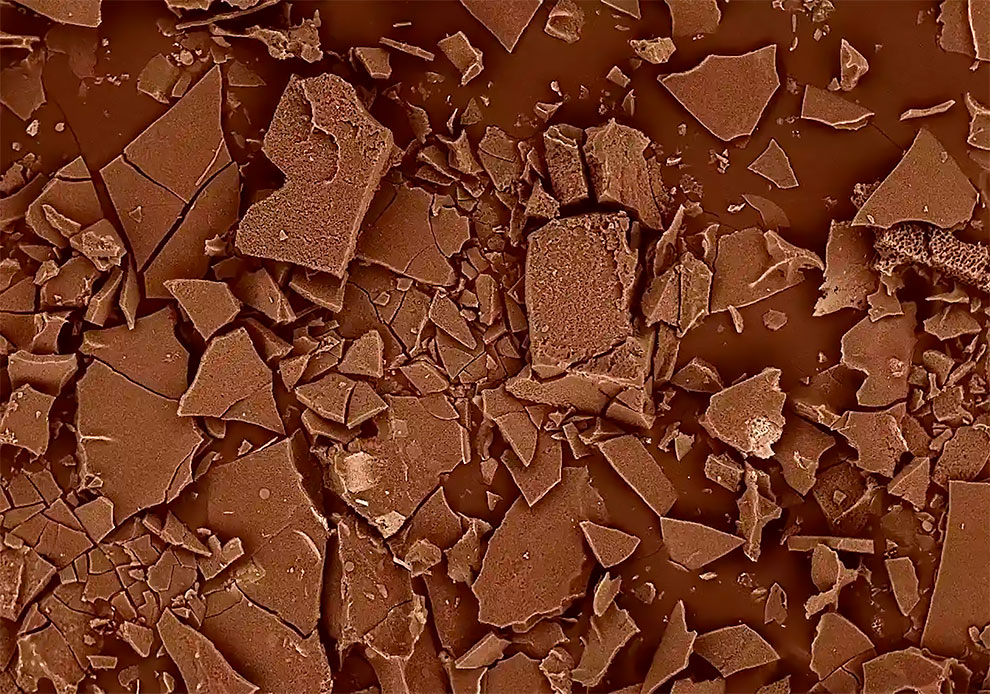 Microchocolate made from enzymes under a scanning electron microscope. Photograph: Yilun Weng 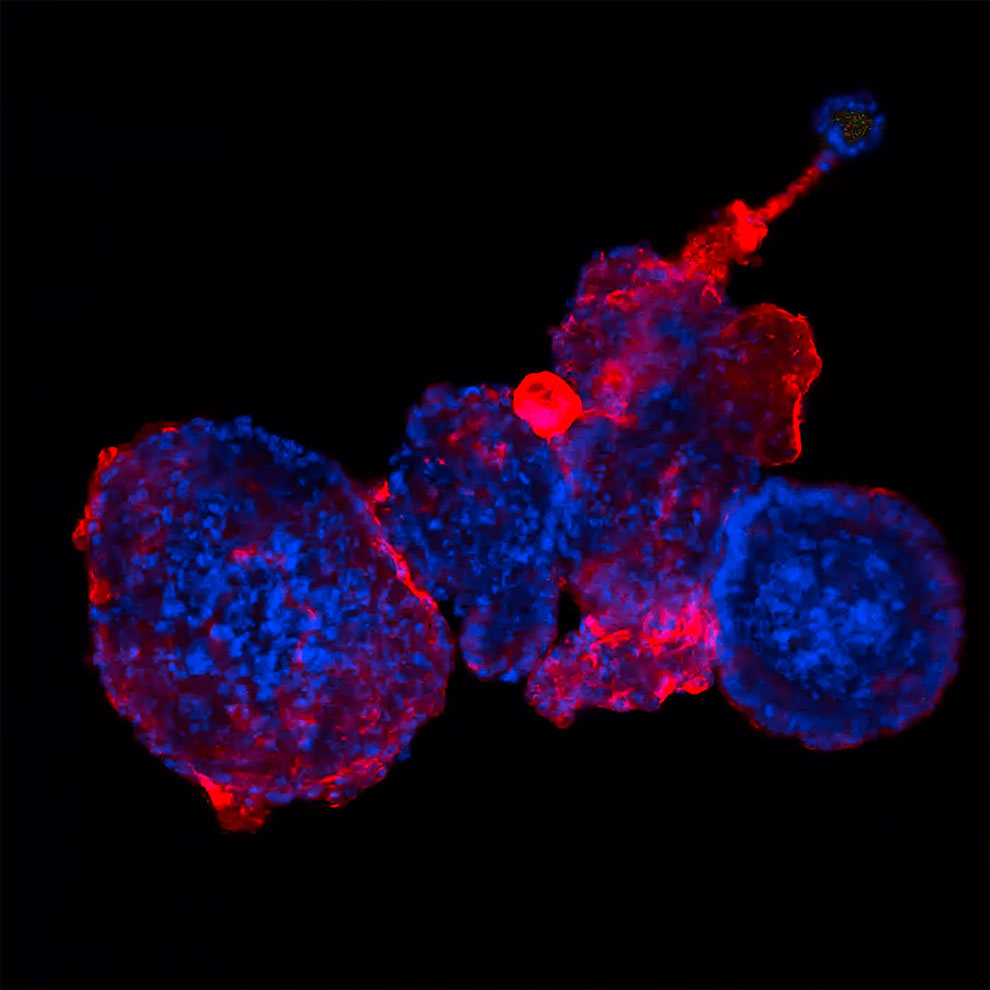 This critter is an intestinal organoid and has been captured by confocal microscopy, a practice that involves highly focused laser light. If you squint, you can kind of see a motorcycle. Photograph: Jie Tang 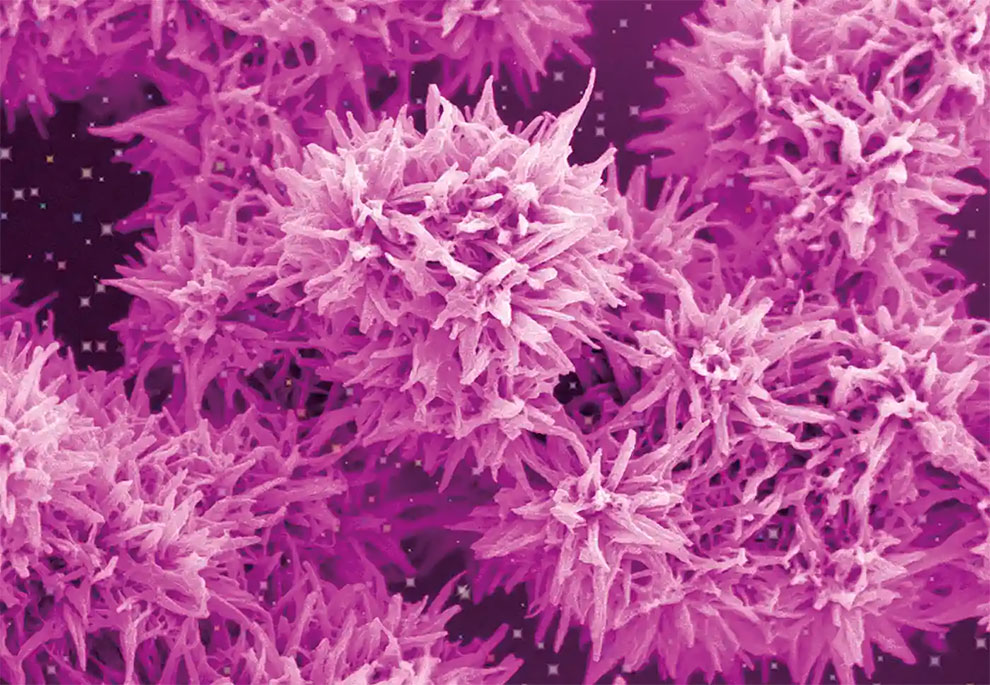 This flower-like titanium dioxide, made from tiny rod-like particles, wouldn’t be out of place in the botanic gardens. Photograph: Yusuf Valentino Kaneti 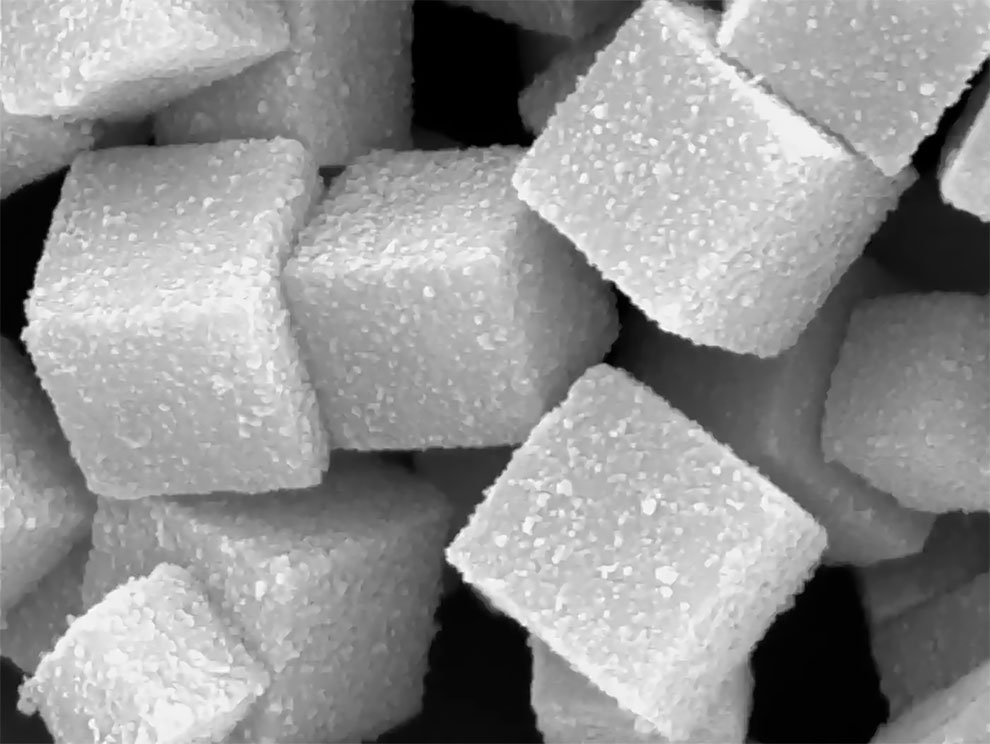 Close up of a sugar bowl? Or a collection of iron oxide particles coated with silver? Hint: don’t eat it. Photograph: Javeria Bashir 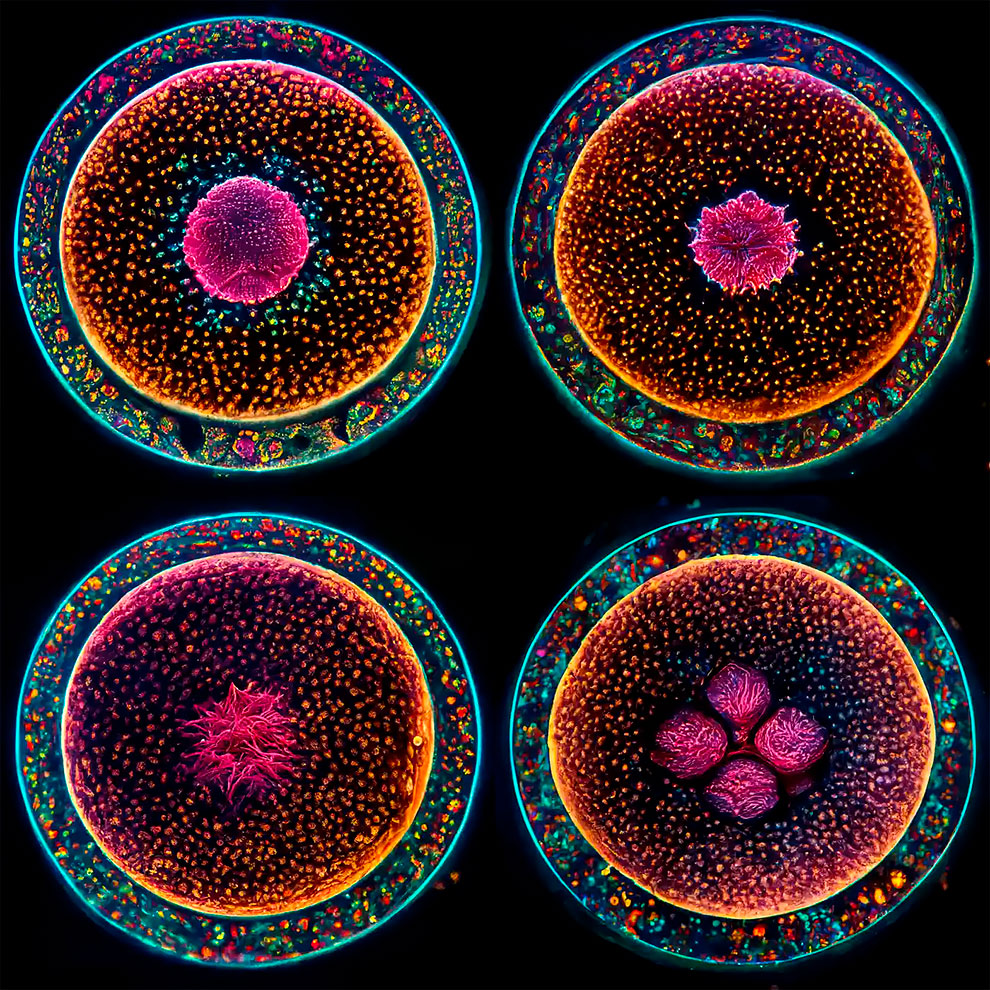 Under the microscope, we can get a front-row seat to the various stages of embryo development. These slides have been digitally augmented and arranged by computers. Photograph: Larry Cai 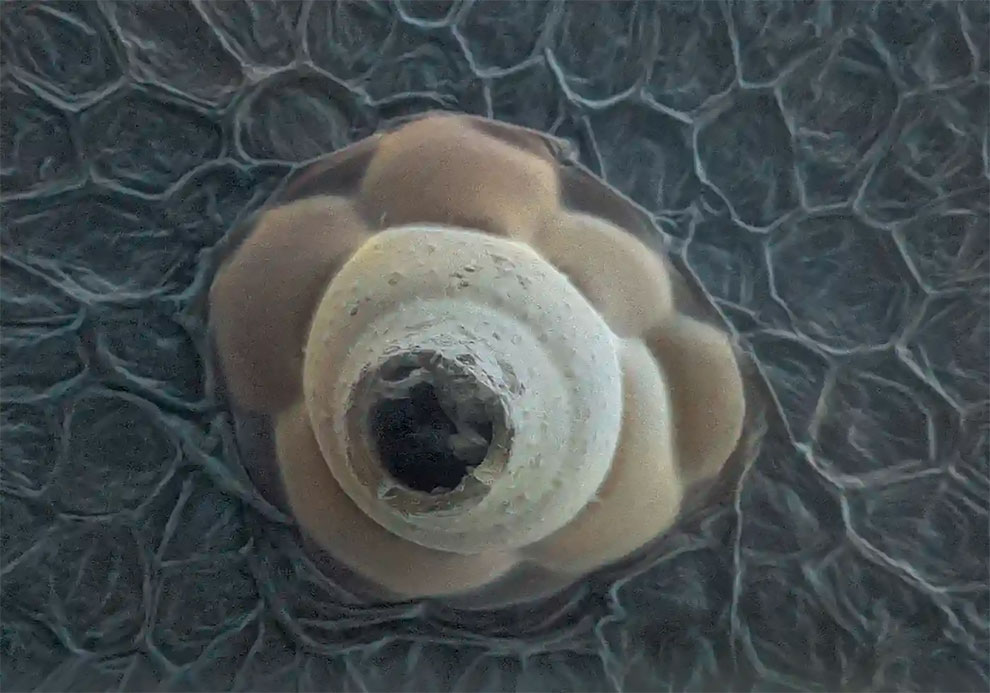 It could be an eyeball, it could be a flower. It’s actually the upper surface of a cucumber leaf as it appears under a scanning electron microscope. Photograph: Shangxu Jiang 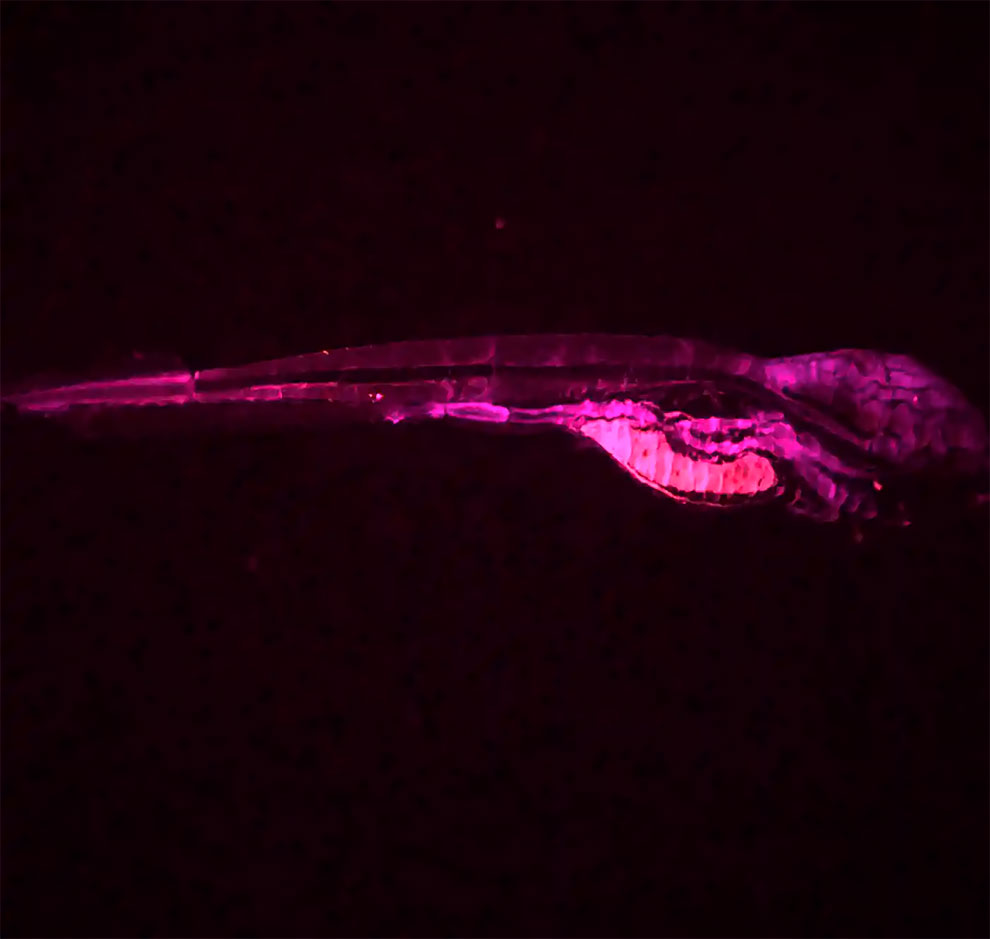 Larva-stage zebrafish essentially turn off their visual system when they’re inactive at night. In this image researchers have fluorescently labelled the subject, giving it a striking contrast against the gloom. Photograph: Syed Aoun Ali 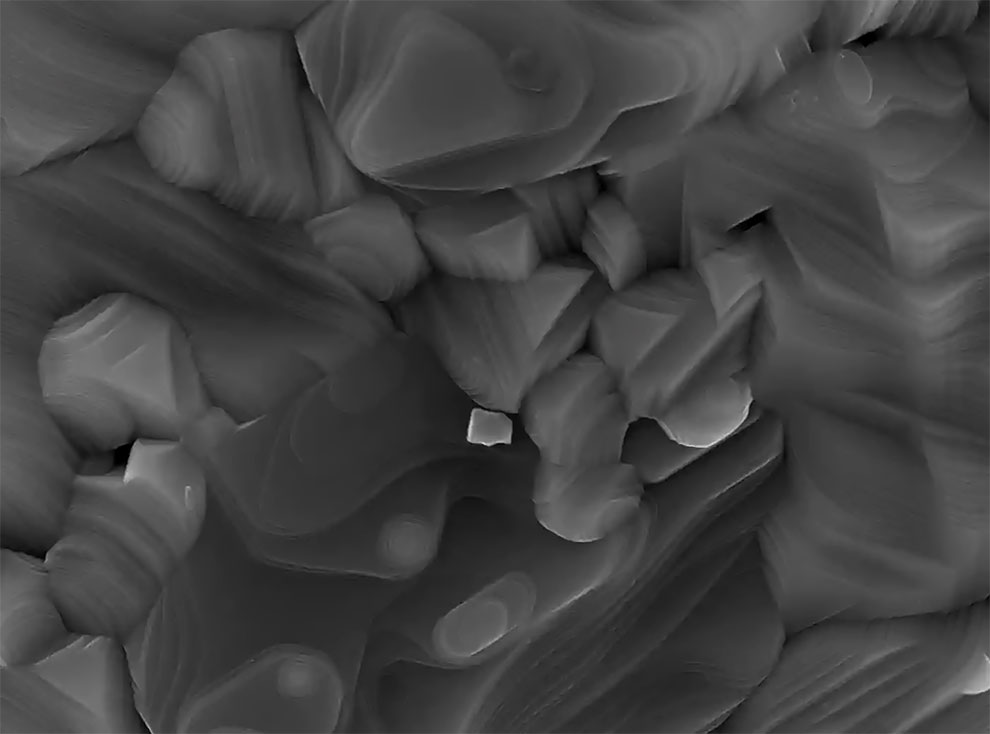 This image resembles a terraced field, which is a famous farming landscape in China. Here, we see it in nanoscale. Photograph: Jiakang You