Huge Billboard Made Of 5,000 Bananas Appears in Clapham

A giant billboard made from over 5,000 bananas has appeared on Clapham Common. 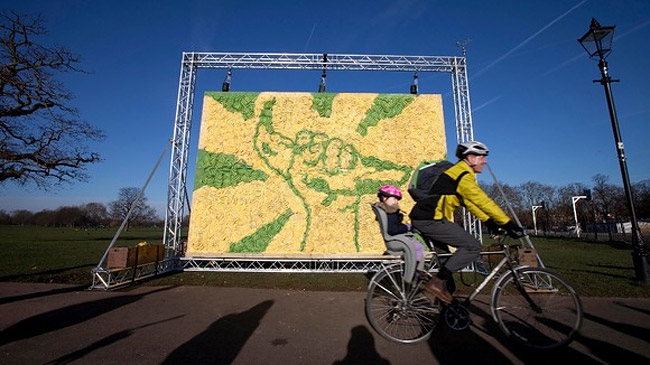 A giant billboard made from over 5,000 bananas

The billboard is part of a campaign by the Fairtrade Foundation calling on Government to put an end to supermarket price wars, which it says are driving down the price of bananas and trapping many of the farmers and workers who grow them in poverty. 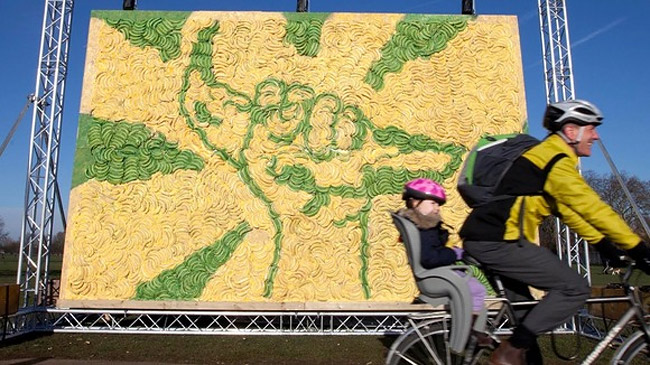 The price of bananas has almost halved in UK supermarkets over the past 10 years, while production costs have doubled. 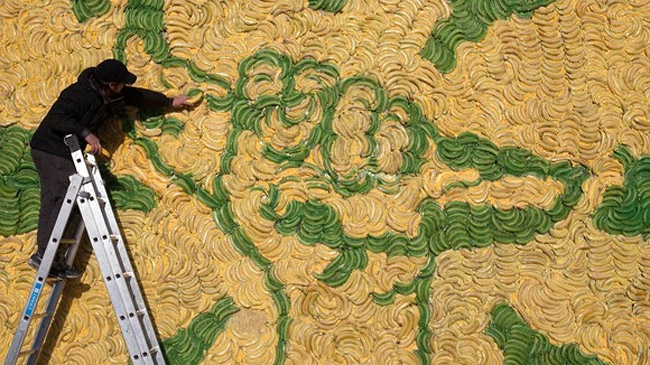 “We are calling on the Government to investigate this dysfunctional market, because it is unfair. A product that is worth billions of pounds in global trade relies on poverty-level income for the people who grow it.” 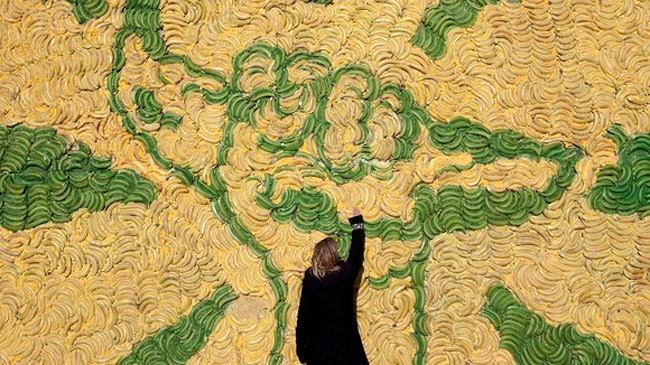 The billboard is part of a Fairtrade campaign Credit: PA Wire

Campaigners believe unrelenting downward pressure on banana prices is leading to job losses and casualisation of labour in many banana-producing countries. 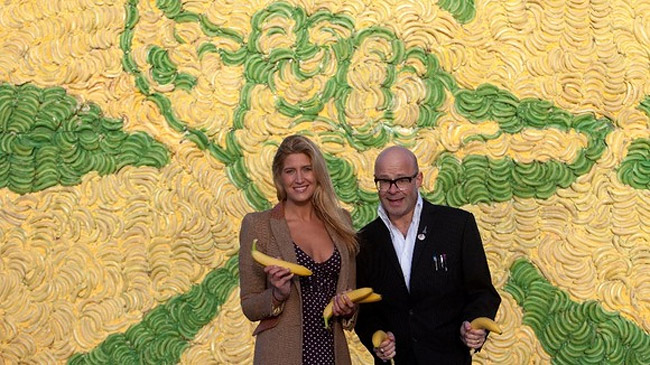