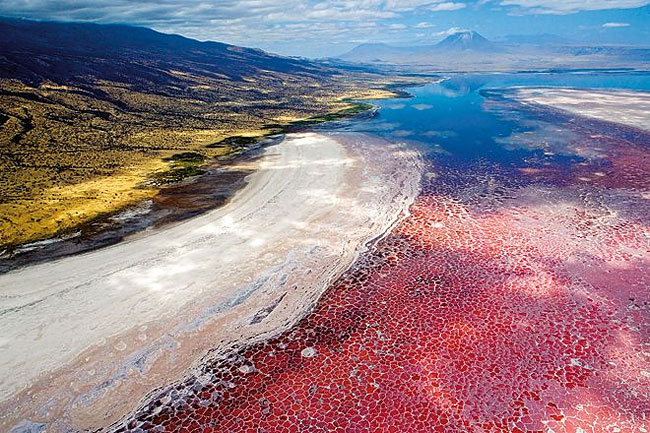 Tanzania’s Lake Natron takes its name from the naturally occurring mix of chemicals it contains: mainly sodium carbonate decahydrate (soda ash) and sodium bicarbonate (baking soda). The lake is fed by mineral hot springs and a river, but no water flows out except through evaporation. 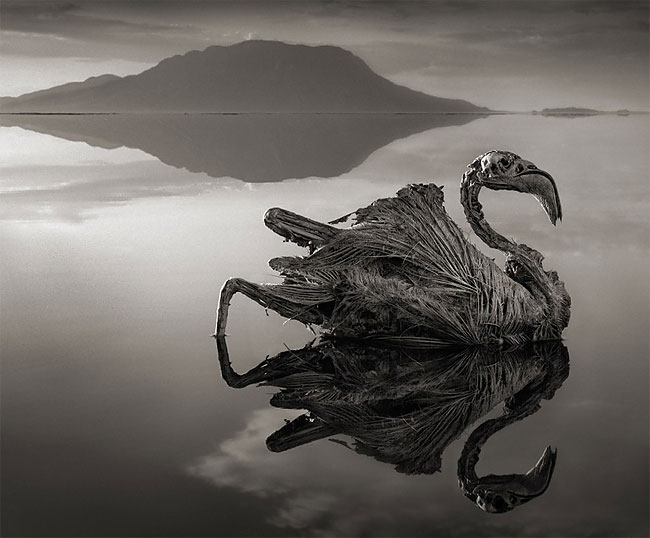 It may look like this bird was gripped by the icy hand of death, but scientists will explain that it was actually calcified in the caustic waters of Tanzania’s Lake Natron. Photographer Nick Brandt’s eerie black and white photos allow both interpretations. 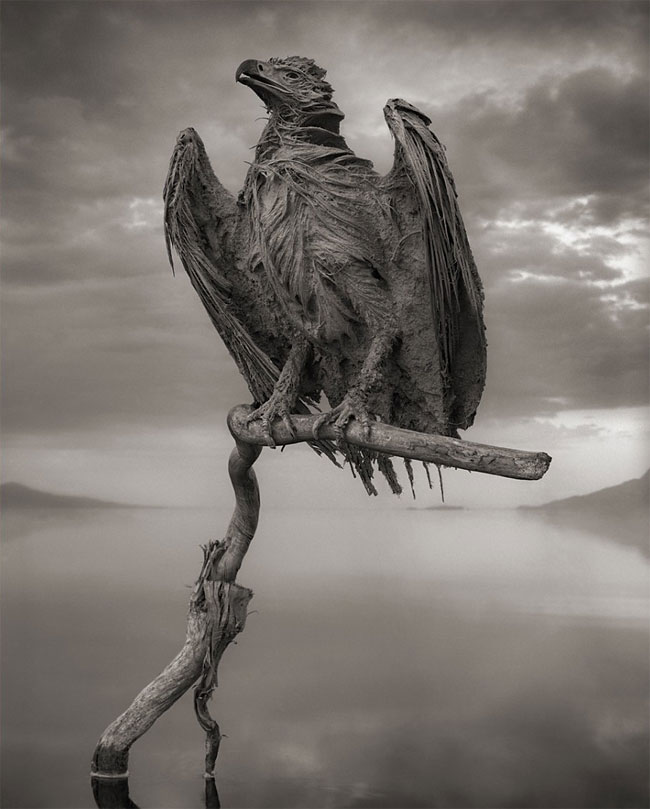 “I unexpectedly found the creatures — all manner of birds and bats — washed up along the shoreline of Lake Natron in Northern Tanzania. The water has an extremely high soda and salt content, so high that it would strip the ink off my Kodak film boxes within a few seconds. The soda and salt causes the creatures to calcify, perfectly preserved, as they dry,” Brandt writes in his new photo/essay book, Across The Ravaged Land. 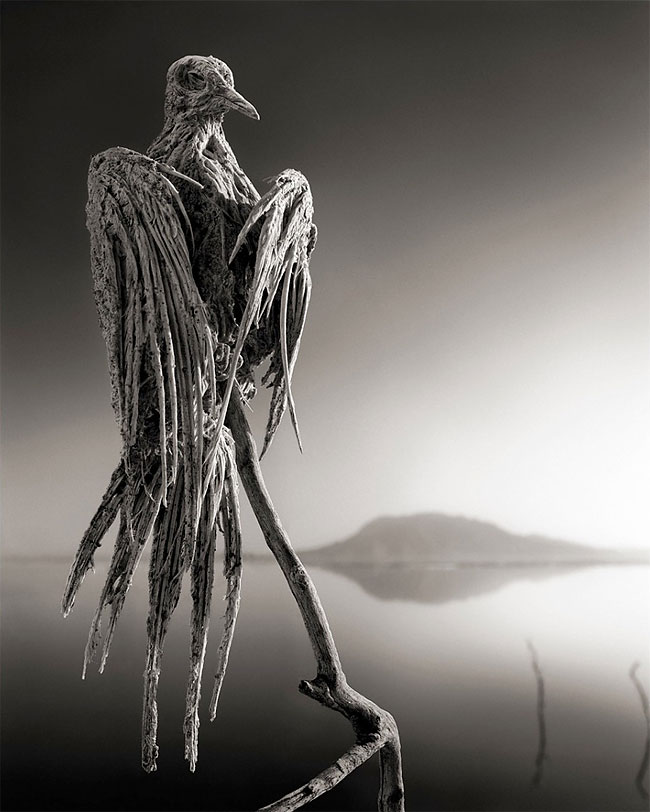 To give these obviously lifeless creatures an air of reanimation, Brandt picked them up off the shoreline and perched them in pre-death poses. 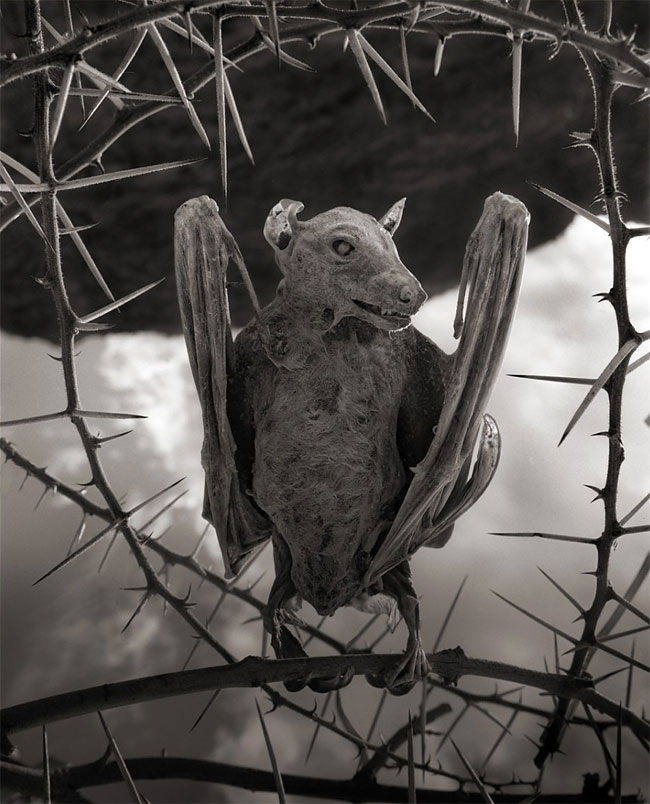 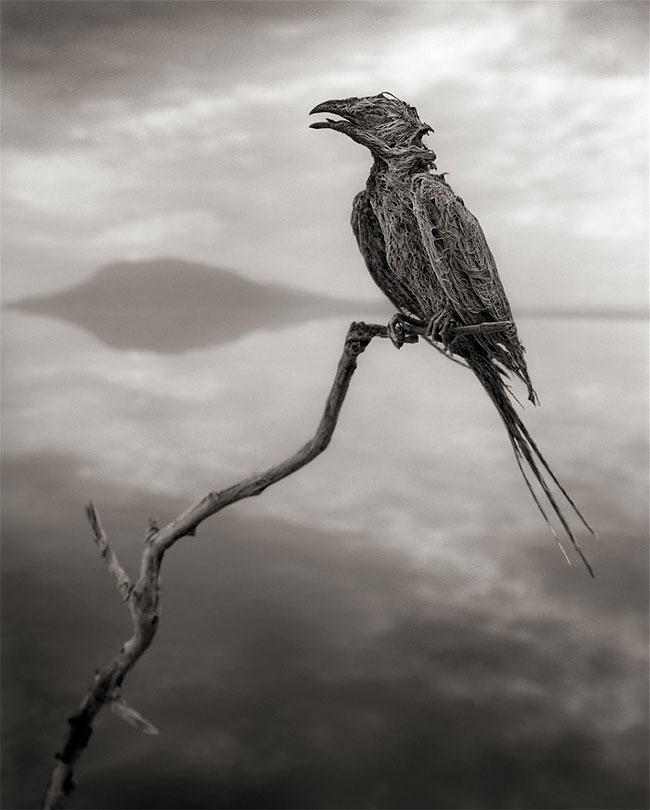 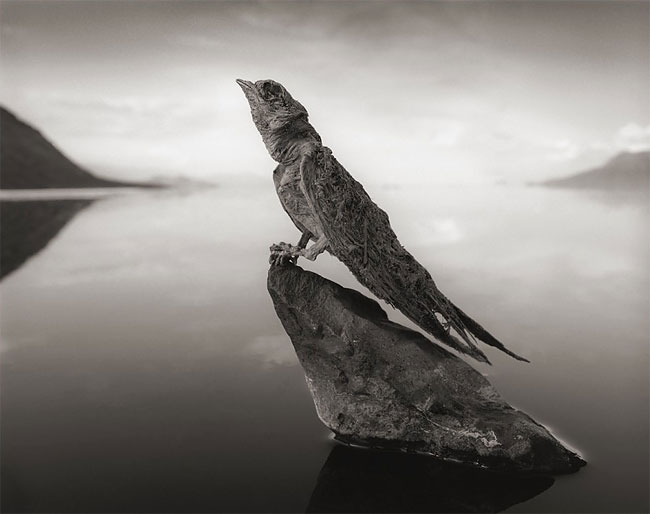 A Couple Traveled to Croatia to Find "Game of Thrones" Filming Locations in Real-Life
This Super Kitsch Jurassic-Themed Cave Hotel in Egypt
Naturally Erupted Elephant Rock In Iceland
Famous Travel Photographer David Lazar Captures Indonesia In 18 Amazing Images
The Lost Tribes Of Tierra Del Fuego: Rare And Haunting Photos Of Selk'nam People Posing With Their Traditional Body-Painting
Very Rare Baby South Philippine Dwarf Kingfisher Photographed For The First Time Ever
"Big In Japan": 30 Times People Traveled To Japan And Realized They’re Too Tall For It
Parts Of Hawaii Are Covered In Snow
Wide Seats And Plenty Of Legroom: These Old Pan Am Photos Show How Much Airline Travel Has Changed
Restaurant Puts Fridge In Street So Hungry People Can Take Leftovers
This 25-Year-Old Puddle Has Its Own Instagram Account
The Crazy Swing At Casa Del Arbol in Ecuador
Classic Gardens in Suzhou
Let's Discover Sweden's Icehotel Incredible Bedrooms Made Of Ice And Snow
The Ice Hotel Opens Its Doors To Reveal This Year's Breathtaking Hand-Carved Suites
Highways On The Runway? New Dress Designs Show Infrastructure's Chic Side
An African-Inspired Treehouse Has Sprouted Up In London
US Salt Flats Speed Week
Las Muertas: Deadly Beauties Pose In Colorful Tribute To Day Of The Dead
Father And Son Convert Old School Bus Into Mobile Tiny Home For Cross-Country Road Trip
Walking On Frozen Baikal, The Deepest And Oldest Lake On Earth To Capture Its Otherworldly Beauty
At the Edge of the World: A Look at Life in Greenland
Expressive Photos Of The Pillow Fight In Kiev, Ukraine
Photographer Hélène Veilleux Took Surreal Photos Of Abandoned Ship Graveyards In The Aral Sea
birds, deadly, stone, waters