The Most Colorful Places On Earth

Forget dreary winter landscapes — these vibrant places around the world are guaranteed to brighten your day. 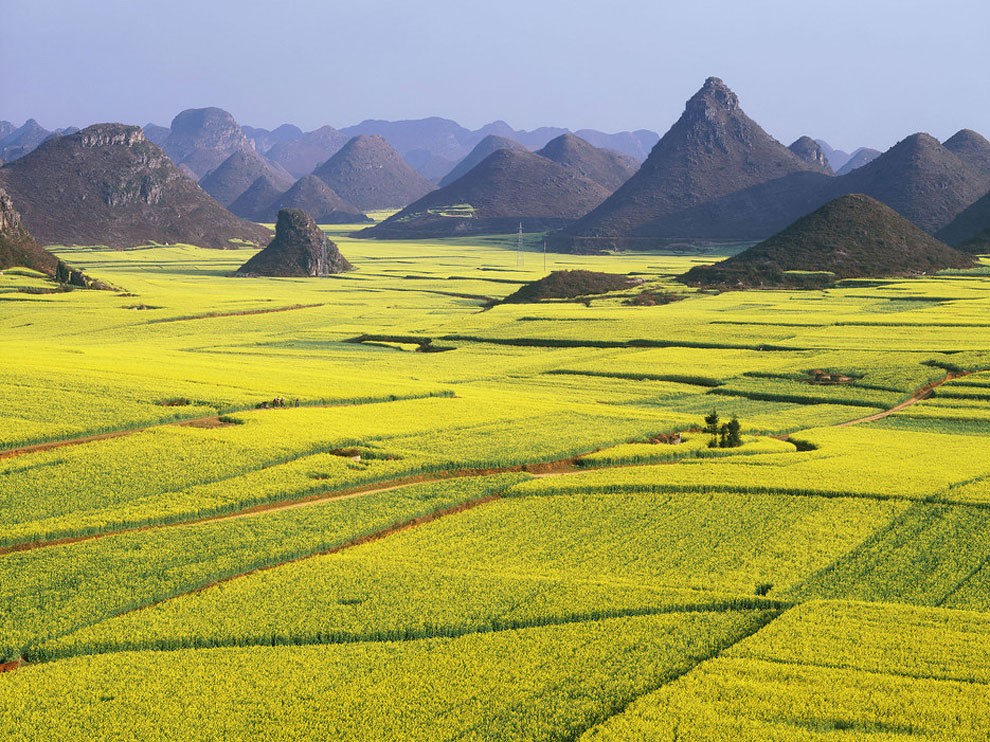 Once a year, China’s Luoping County transforms into a seemingly endless sea of yellow flowers. The bright fields of canola (the plants that make the cooking oil of the same name) bloom in February and March, giving the area of Yunnan an undeniably sunny feel for two months out of the year. (Photo by Aflo Co. Ltd. / Alamy) 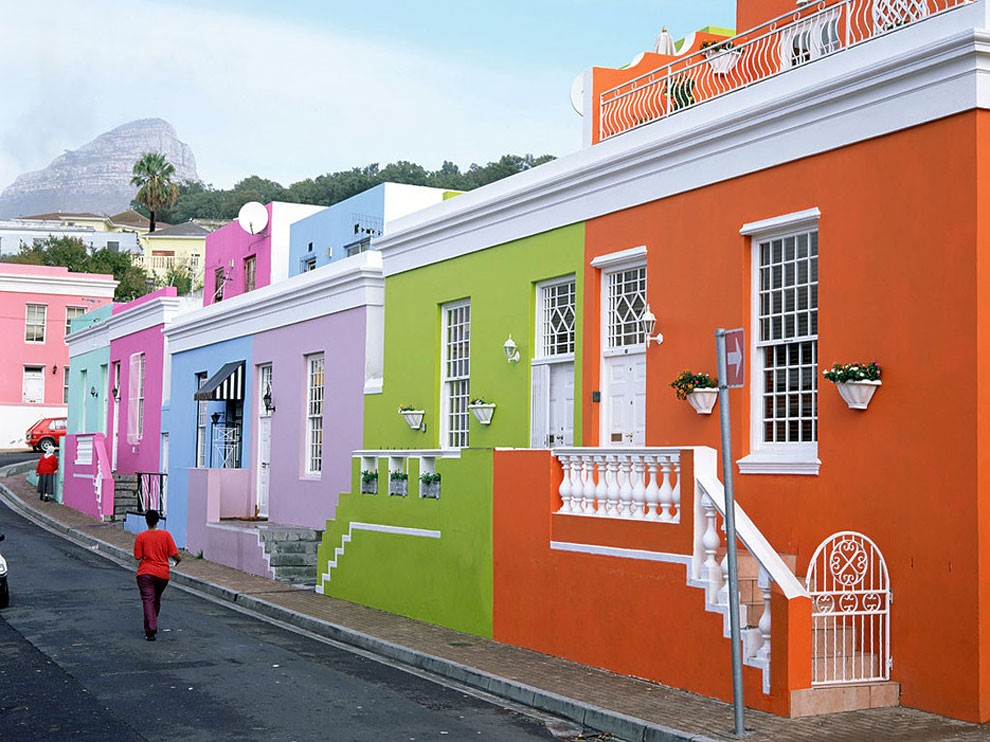 Bo-Kaap, formerly known as the Malay Quarter, is one of the most vibrant areas in Cape Town. From its position on Signal Hill, the neighborhood is known for its amazing city views and colorfully painted buildings. (Photo by Robert Harding Picture Library Ltd / Alamy) 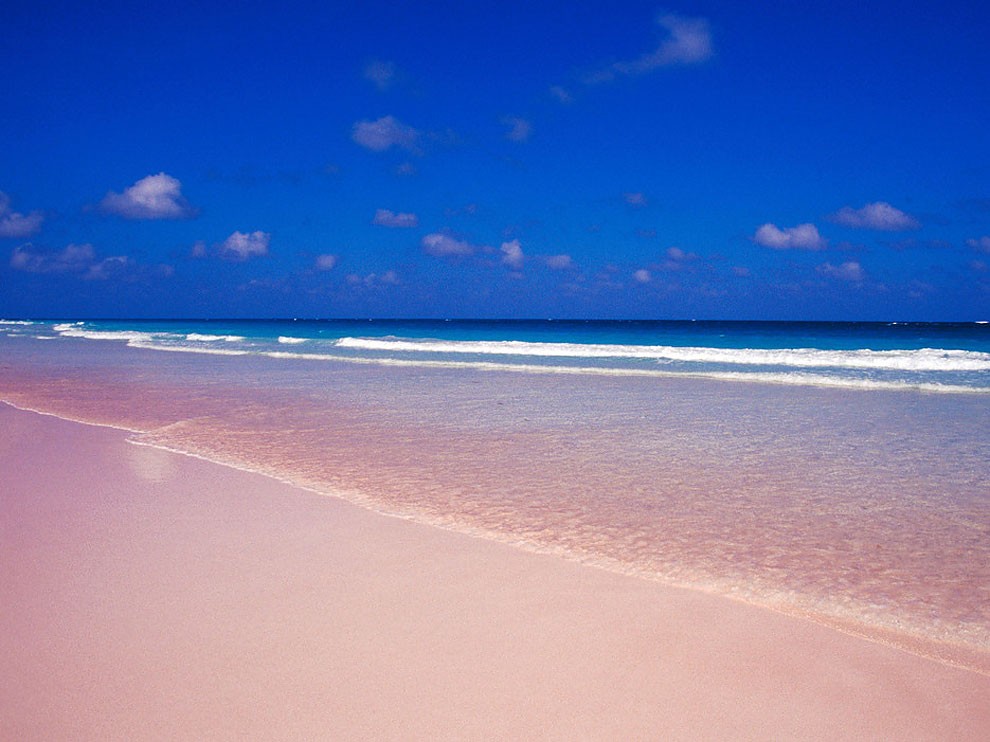 Miles of pink sand beaches stretch along the coast of Harbour Island in the Bahamas. The beaches get their color from red and pink shelled marine creatures called foraminifera that live in the coral reef off the island’s coast. — Lauren Kilberg (Photo by Danita Delimont / Alamy) 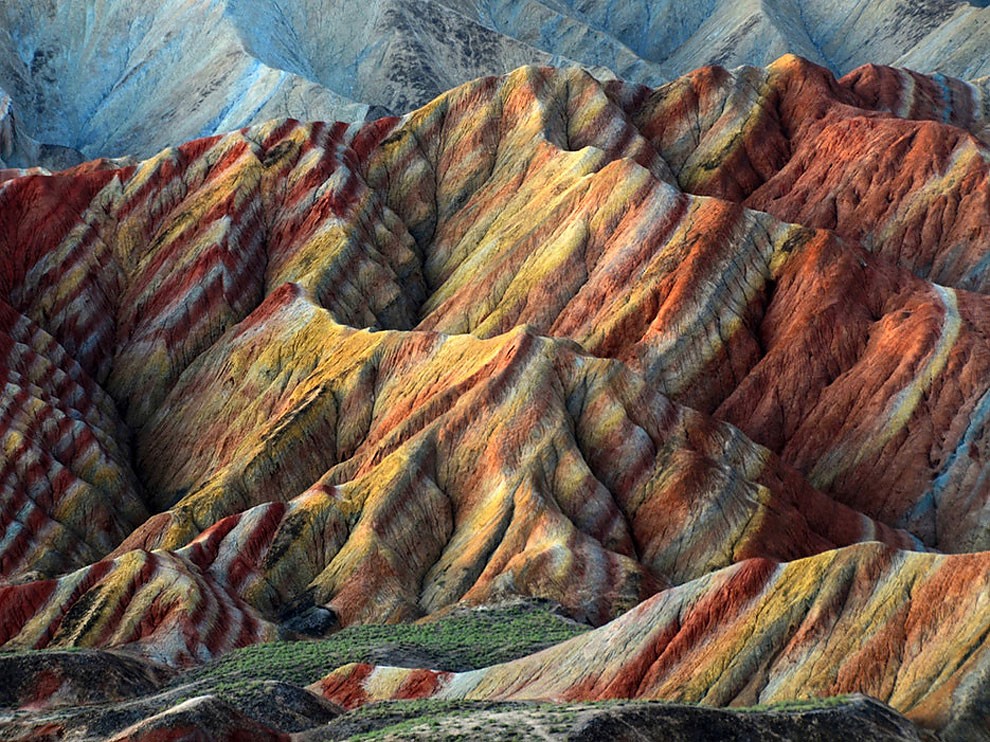 The striped, technicolor mountains in China’s Danxia Landform Geological Park are almost too surreal to believe. The layered effect between the minerals and sandstone formed over millions of years, resulting in the magnificent landscape people flock to see (and Instagram, no doubt) today. (Photo by MelindaChan / Flickr / Getty Images) 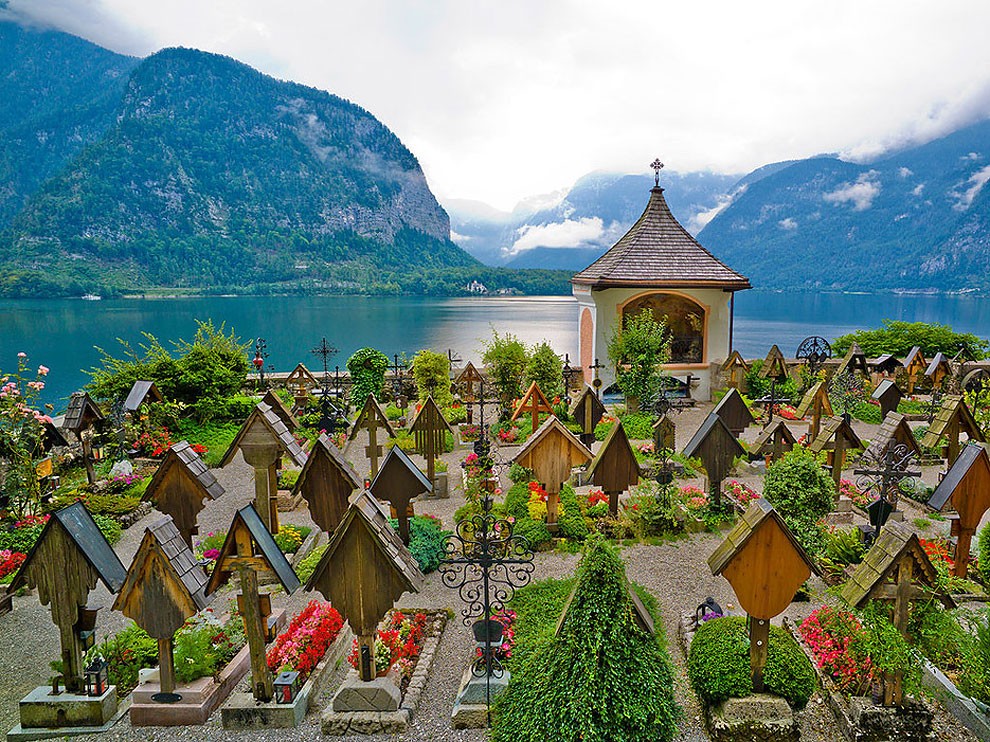 The cemetery at the Hallstatt Catholic Church may look like a perfect final resting spot, overlooking the Hallstätter See — a picturesque lake near the ancient village of Hallstatt. Sadly, however, nothing here was very “final.” Since space was at such a premium in the tiny cemetery, bodies were removed from the graves — sometimes after as little as 10 years — so new ones could be buried in their place. The old skulls were neatly stacked on shelves in the Beinhaus, or Bone House, in the 12th-century St. Michael’s Chapel. Today, you can still see 1,200 skulls on display. — Marisa LaScala (Photo by Westend61) 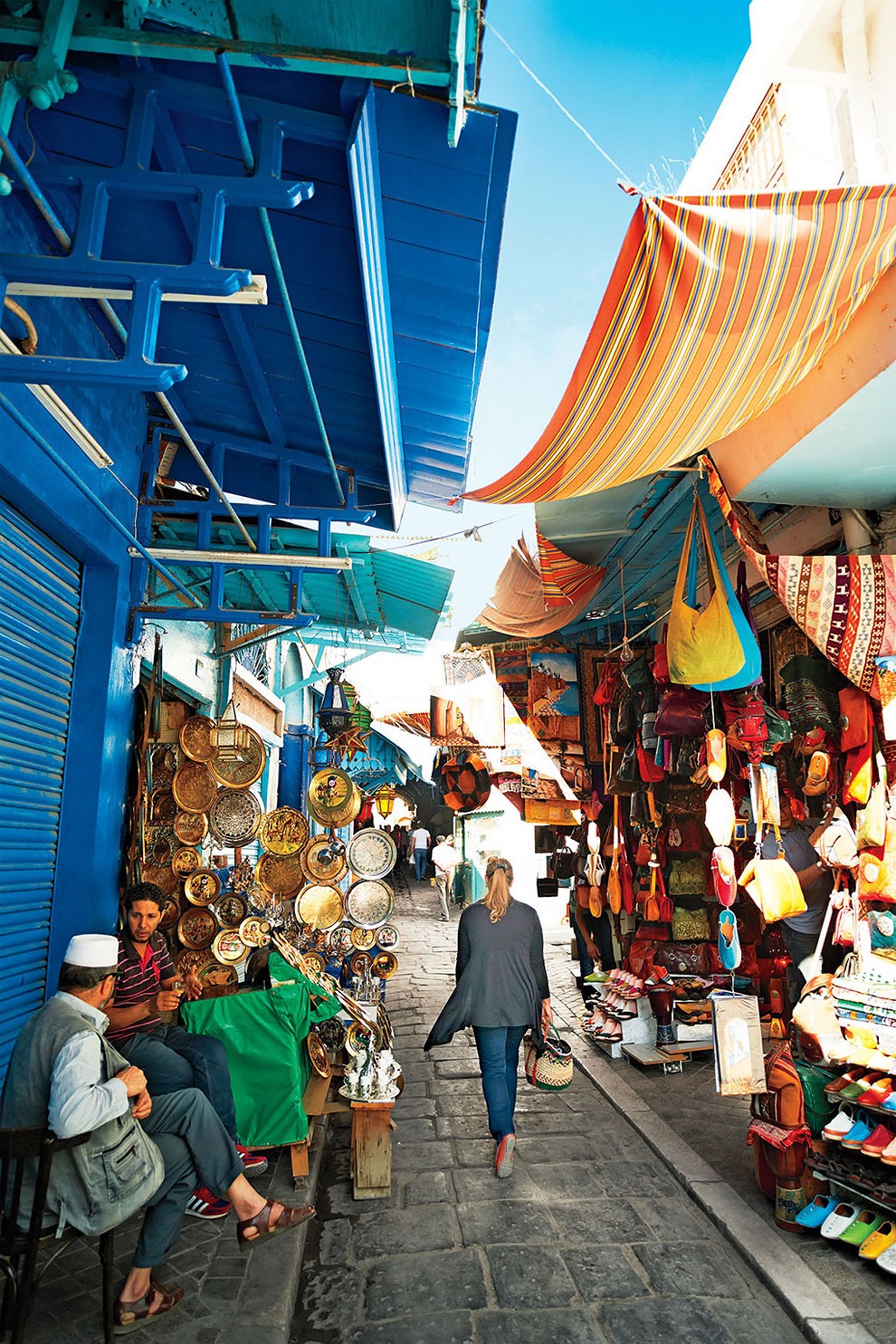 With its tradition of tolerance — not to mention glorious Roman ruins and Mediterranean beaches — Tunisia is like a beacon of hope in one of the world’s most troubled regions. Photographer Cathrine Wessel captured the country’s bright neighborhoods and markets, including the Tunis medina (pictured), a magnificent jumble of ancient mosques, Ottoman-era mansions, cafés and overflowing shops. (Photo by Cathrine Wessel) 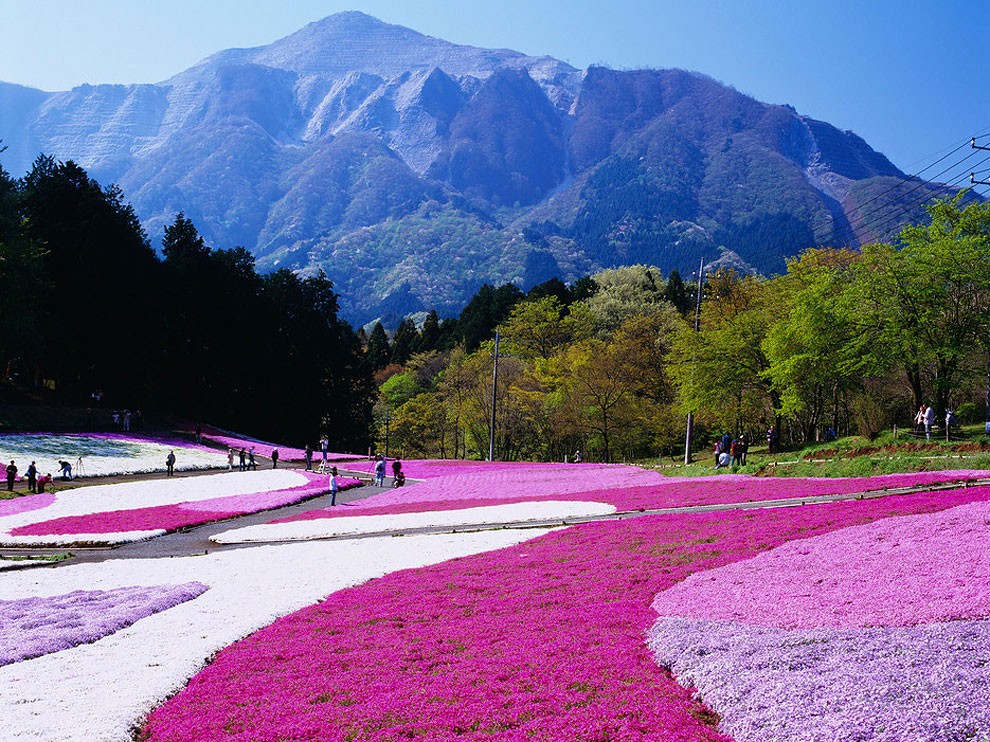 Japan may be known for its cherry blossoms, but the country also features another pretty plant —
shibazakura (pink moss). Shibazakura Hill in Hitsujiyama Park becomes a carpet of pink and purple blooms during the spring, drawing crowds to appreciate the hundreds of thousands of flowers set to the backdrop of Mt. Buko. (Photo by JTB MEDIA CREATION, Inc. / Alamy) 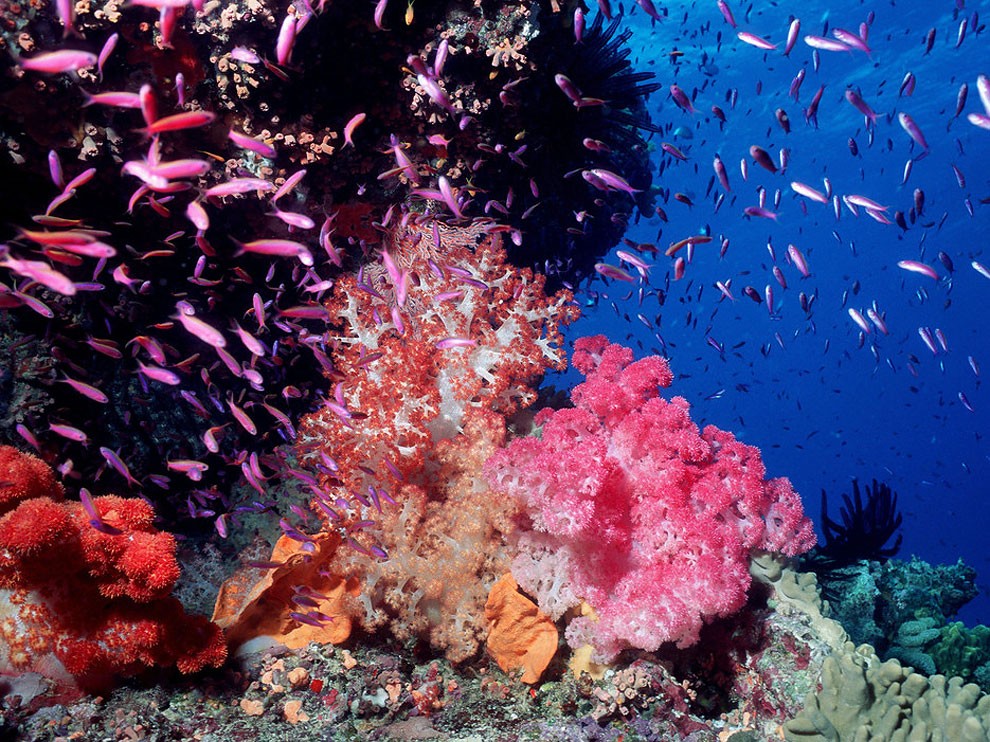 No list of colorful places would be complete without the Great Barrier Reef. The massive reef (which has over 1,500 species of vivid fish) can be seen from space, although the best vantage point belongs to the avid snorkelers and scuba divers who visit every year. (Photo by Nature Picture Library / Alamy)

Weather Phenomenon Causes One of the Driest Deserts to Burst into a Vibrant Flowery Field
Benetton Uses Ethnicity Data To Create Computer-Generated 'Models' From Different Cities
Photographer Captures Ireland's Essence In Gorgeous Green Sceneries
Photographer Creates Inspiring Pictures Showcase The Splendor Of The Natural World, Using People To Highlight The Beauty And Scale Of These Epic Landscapes
Save the Earth, Go Vegan
Couple Finds Big Adventures In A Tiny House
Futuristic Spiderweb Cocooned Trees Spotted In Pakistan
Chinese Village Builds Giant Golden Statue Of Mao Zedong
This Daredevil Diver Discovered A New River... Under Water
Public Pools Open In New York City For The Summer
This Hotel In The Arctic Circle Will Be Unlike Any Other
The other Side of Bengaluru - India’s IT capital
The Colorful Conceptual & Pop 3D Artworks by Kota Yamaji
Hukou Waterfall: The Yellow Waterfall
Earth, Then And Now: Dramatic Changes In Our Planet Revealed By Incredible NASA Images
Surreal Abandoned Building From Kamchatka
Stunning Photographs Of A Glacier In The Karakoram Region Of Pakistan
Strange And Surreal Abandoned Places From Above By Kosmaj Project
Polish People Love Borders So Much That Everyone Has To Own One On Władysławowo Beach
The Solo Honeymoon: Woman’s Sad Photos After Husband Denied Visa
Buffalo Horn Cupping Makes Users Look Like a Super Mario Character
Umbrella Sky in Agueda, Portugal
Capilano Suspension Bridge, North Vancouver, British Columbia
Honest Photo Facts That Will Help You Understand The Size Of The Earth A Little Better
colorful, earth, places