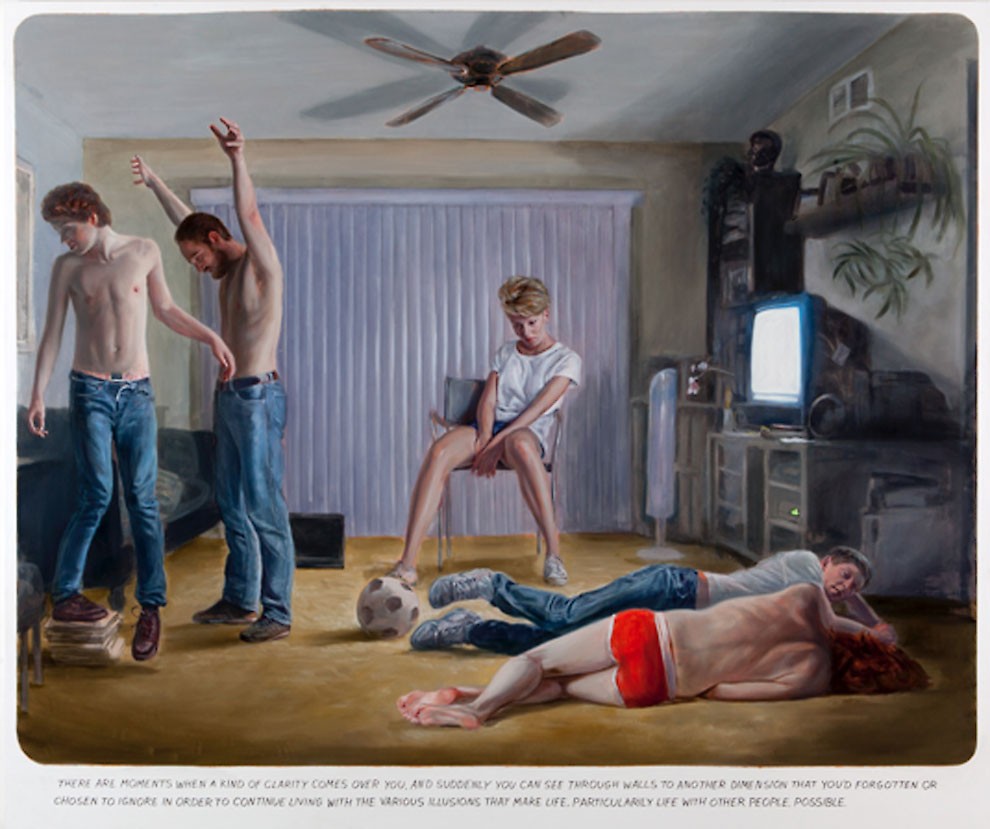 Artist duo Muntean / Rosenblum use traditional Christian iconography and Baroque modes of seeing to create mystique around contemporary life. Typically set in landscapes distinct to the 21st century, such as nuclear plants and graffiti-ed railroad tracks, the paintings appear as documentary film stills or snapshots of our current reality. However, by contorting perspectives in a dramatic Caravaggio-esque manner and devising moments where pain or discomfort appear as main subjects, Muntean / Rosenblum cultivate the same aura of the unknown that is so captivating in paintings centuries old. 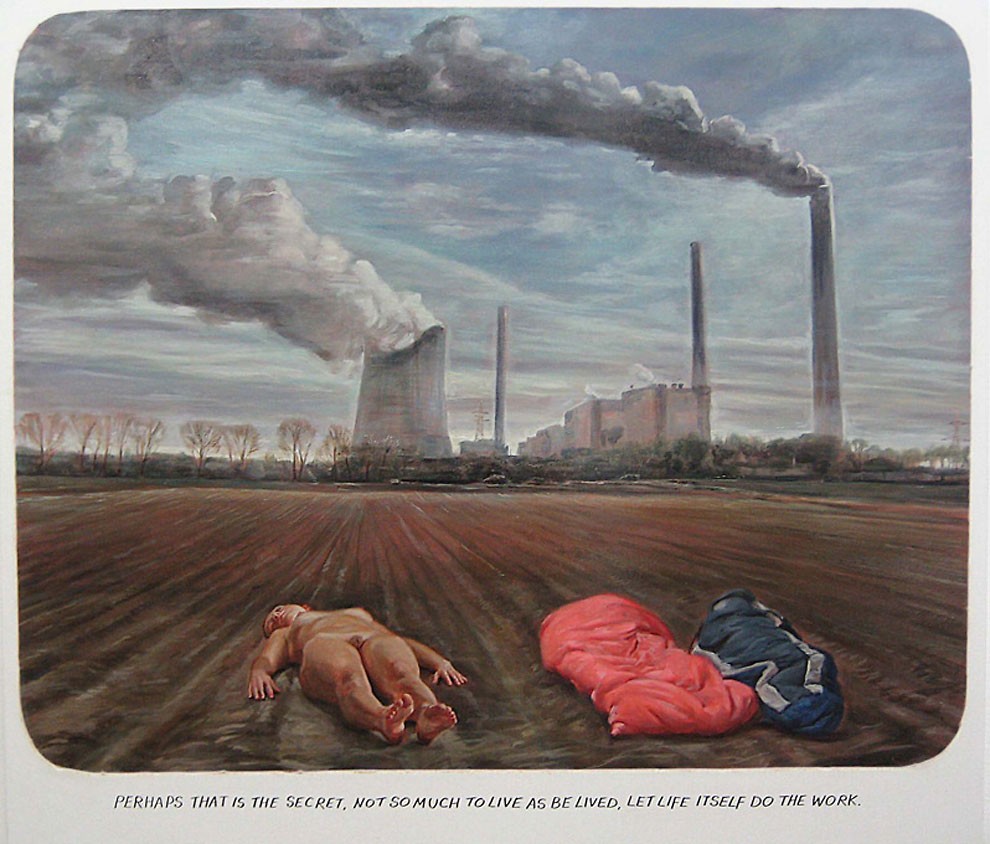 To further enhance the strange, almost sinister quality of the works, the London and Vienna-based artists insert philosophical musings as captions. For example, “We imagine that we remember things as they were, while in fact all we carry into the future are fragments which reconstruct a wholly illusory past,” is scrawled under the image of a man looking down solemnly, while behind him, an ambush of armed-police crouches amid heavy smoke. With this written clue, one decodes the painting as a representation of memory. 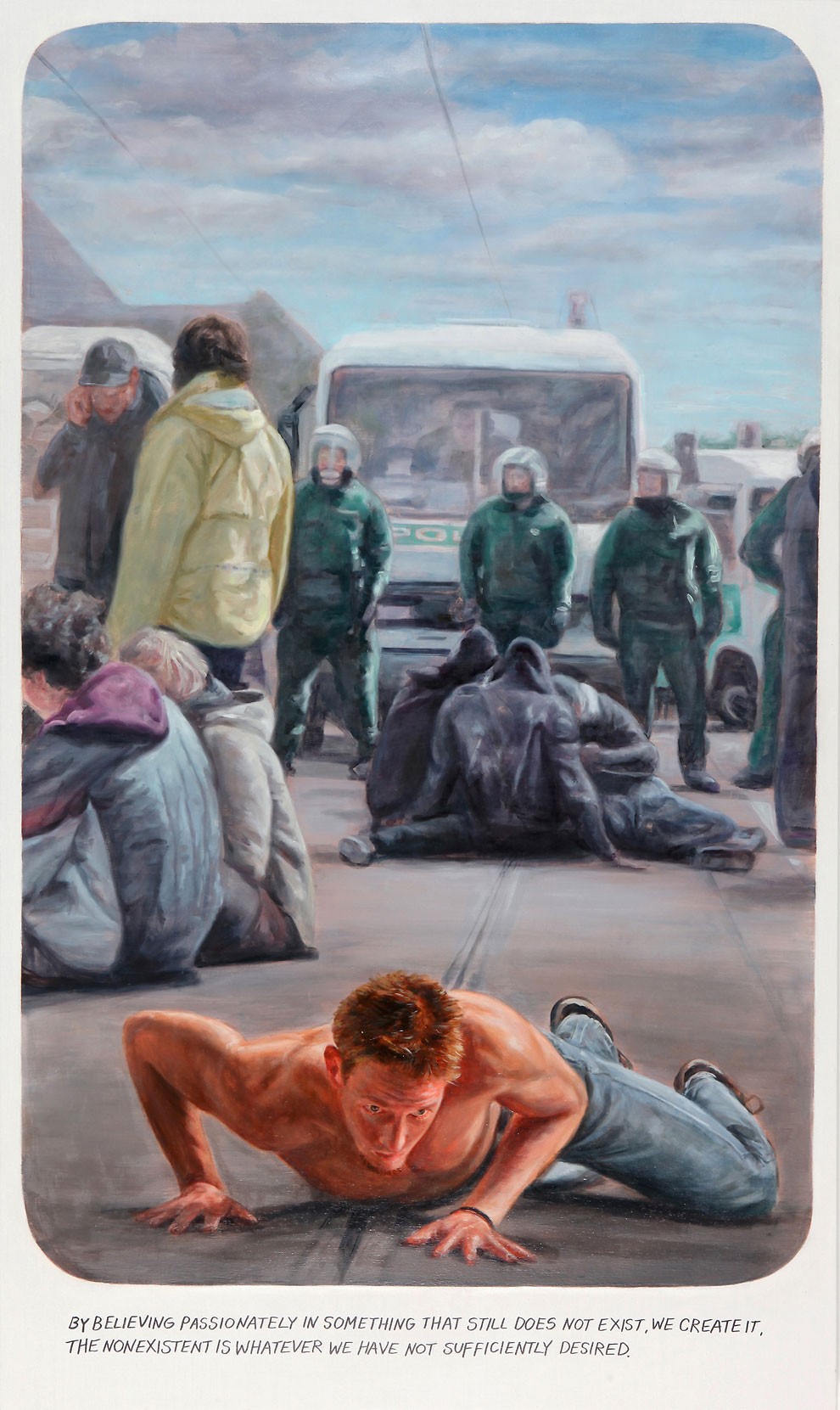 While Muntean / Rosenblum use a variety of recurring motifs, none is as strong as the use of naked skin to translate ideas of innocence and vulnerability. In the context of Muntean / Rosenblum’s paintings, shirtless sleeping boys in boxer shorts; topless teens helping a fallen comrade; and a naked young girl fresh from the pool take on the role of a pseduo-Jesus. Despite (or maybe because of) their youth and naïveté, they are posed to absorb the evils of the world surrounding them. 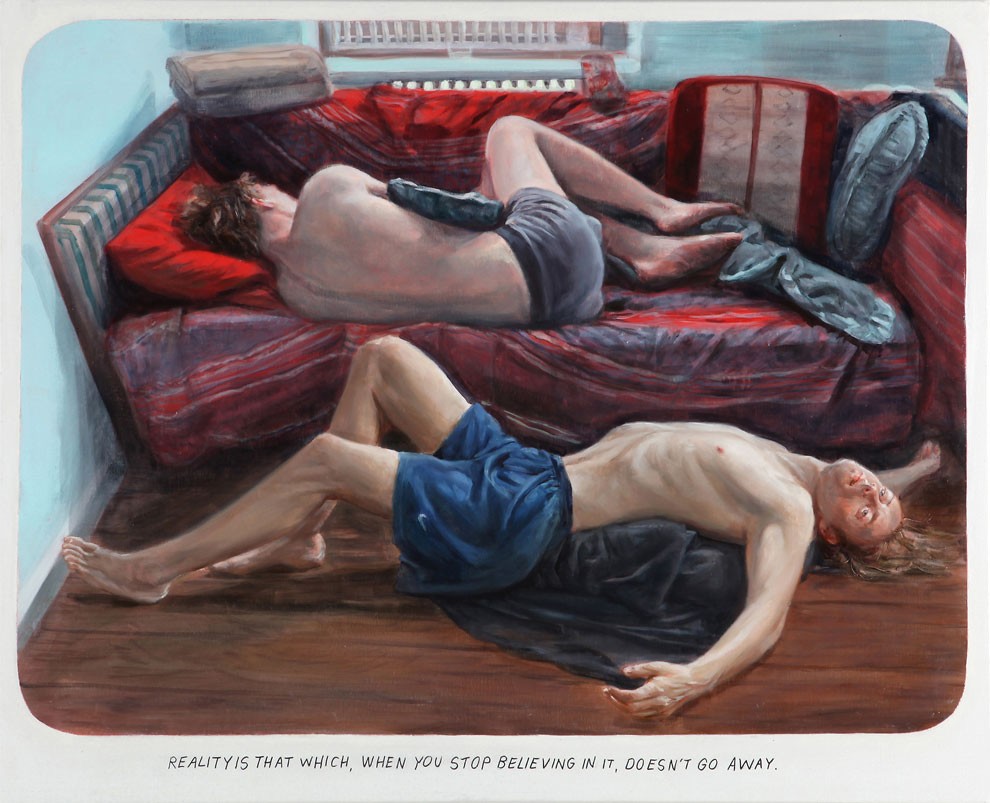 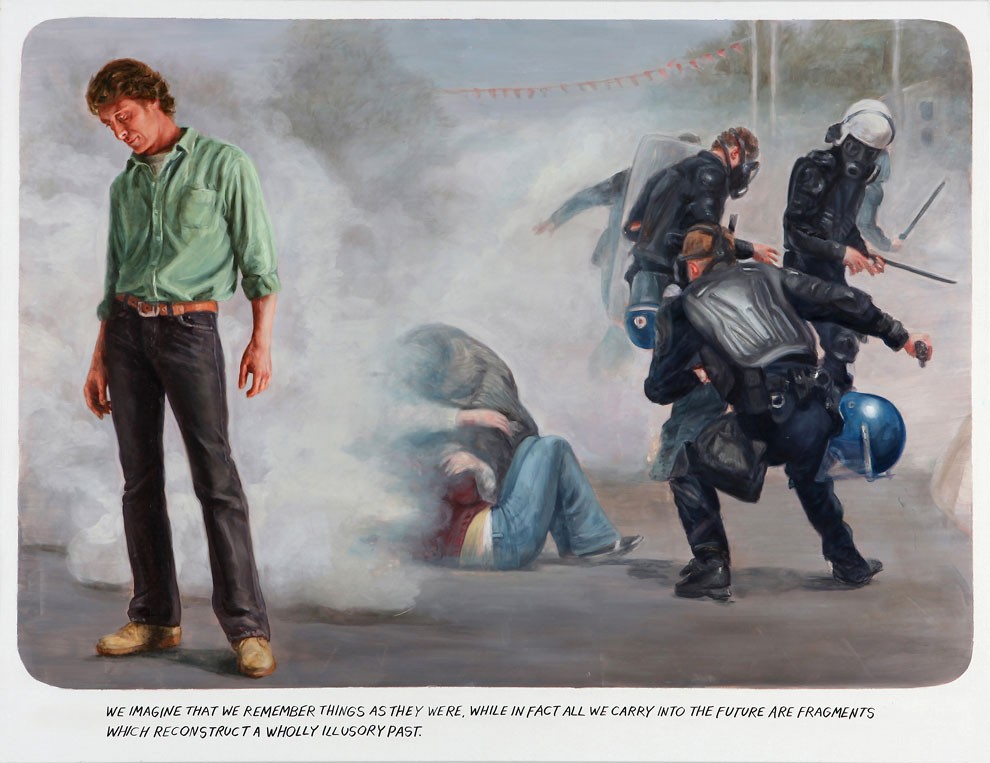 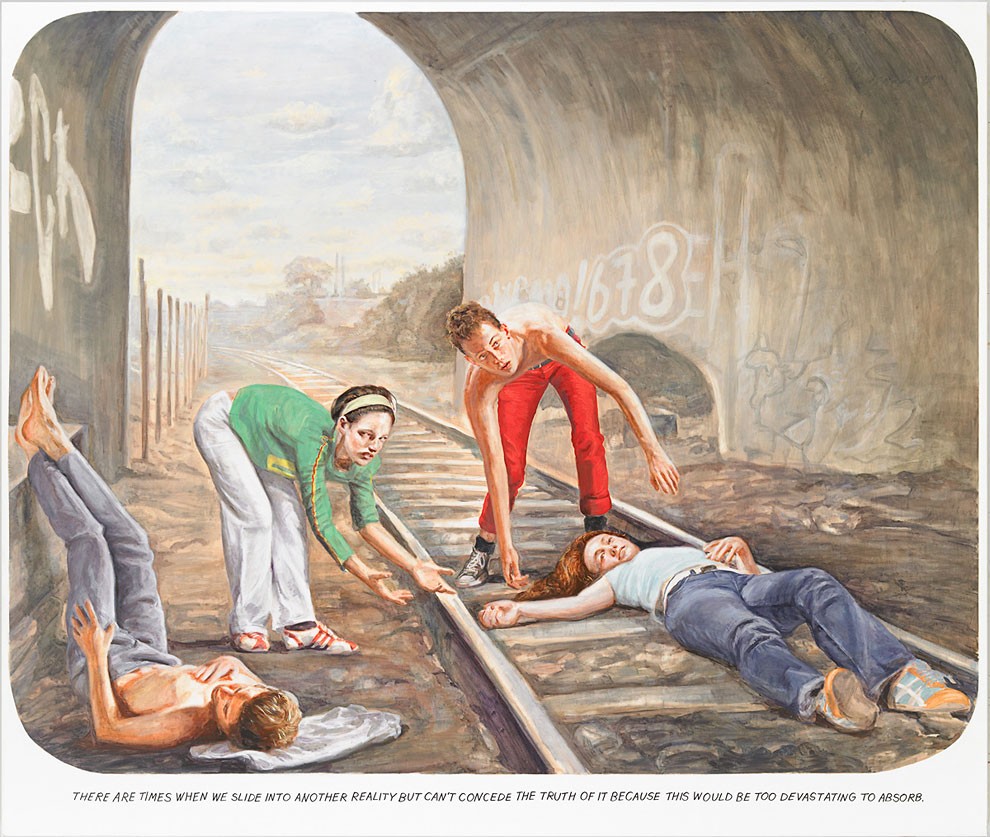 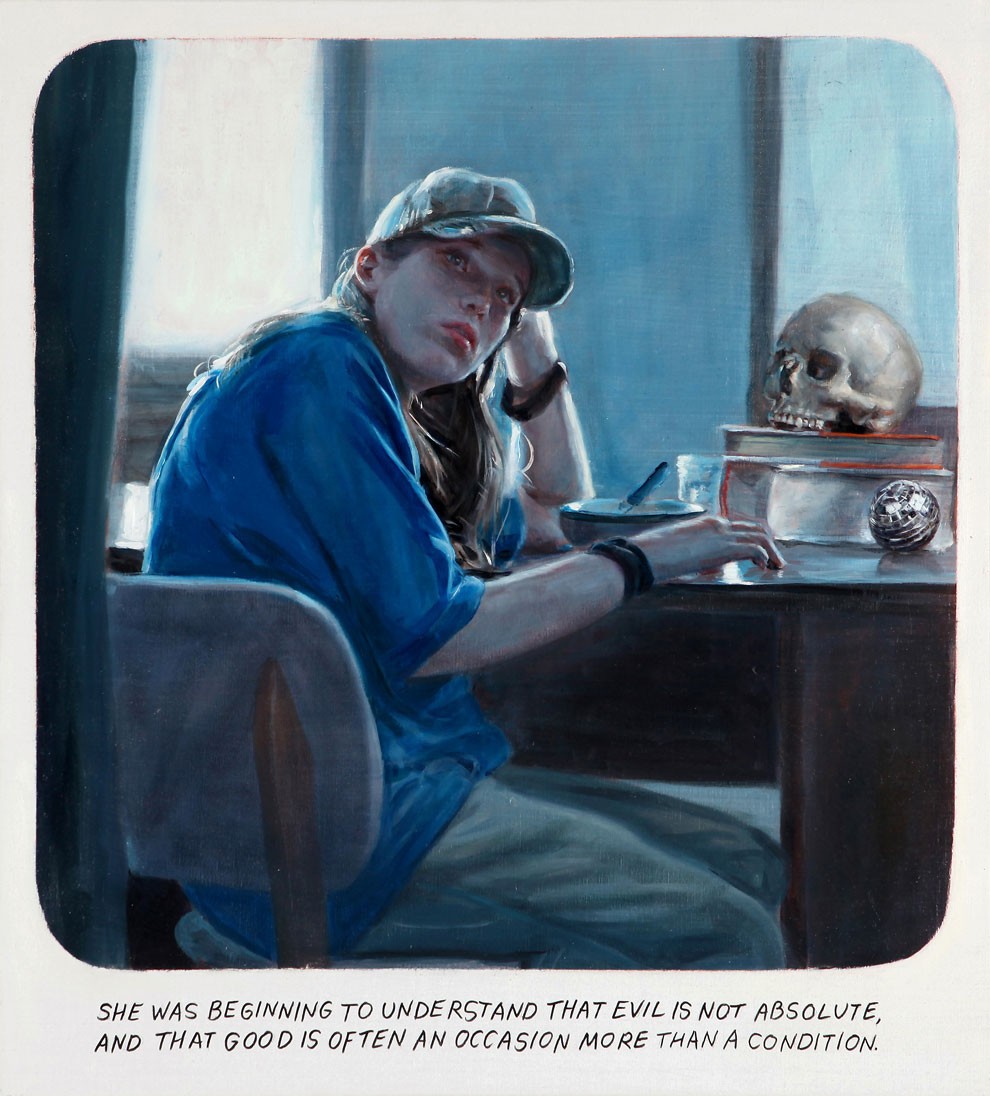 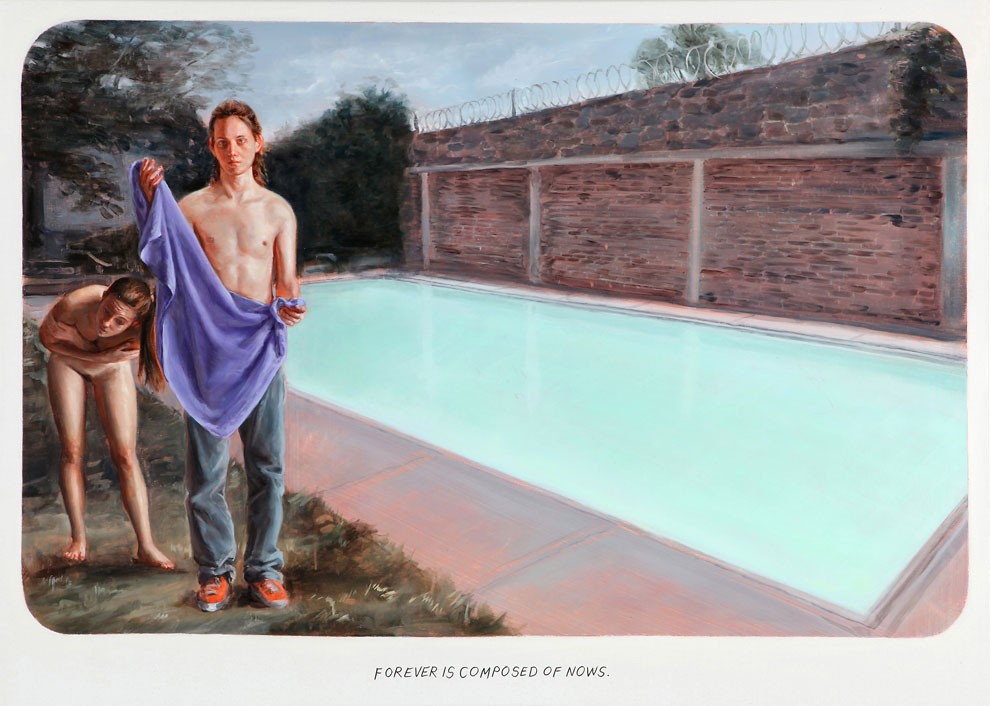