The Budapest International Foto Awards honors its winning photographers from around the world.

It seems like this year—even though it was a hard one—helped creative minds flourish all over the world. The Budapest International Foto Awards just published their winners and the photographs are as breathtaking as they are thought-provoking.

The Skin I’m In – Brian Cassey 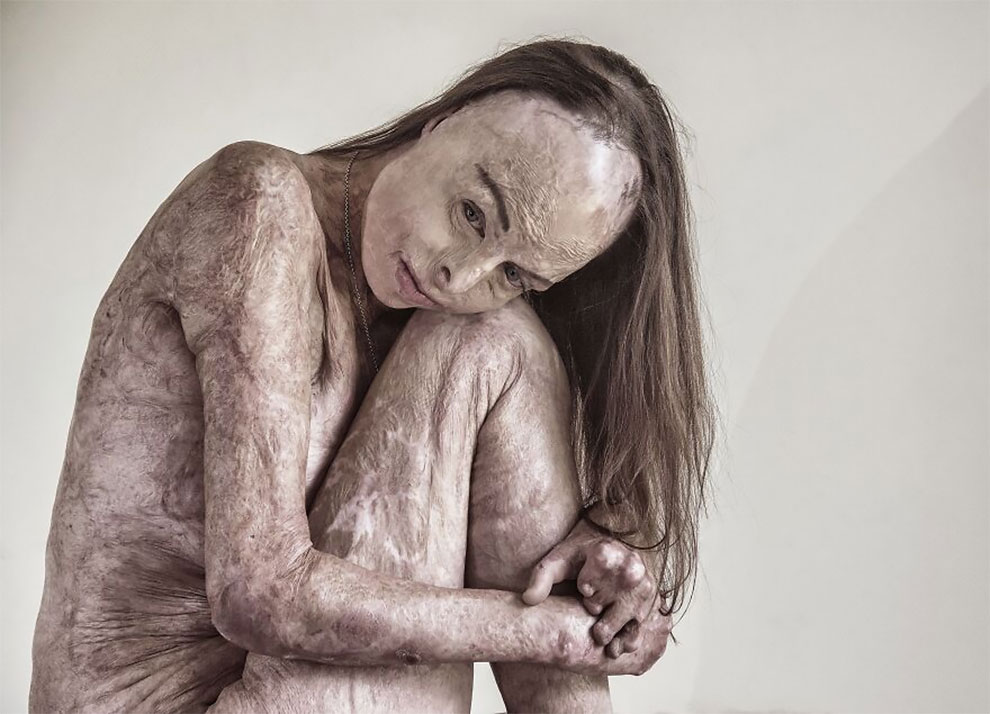 “Carol Mayer was left near death following a house fire when a young mother. She incurred horrific burns to over 80 percent of her body … her family was told she would not survive. However, survive she did after enduring the year-long agony of intensive care, operations, and skin grafts to recovery. Over a decade on Carol gives her time voluntarily to counsel and help later day burns victims and assist burns foundations. Carol has long grown accustomed to ‘The Skin I’m In.’”

Space In Between – Sherwin Magsino 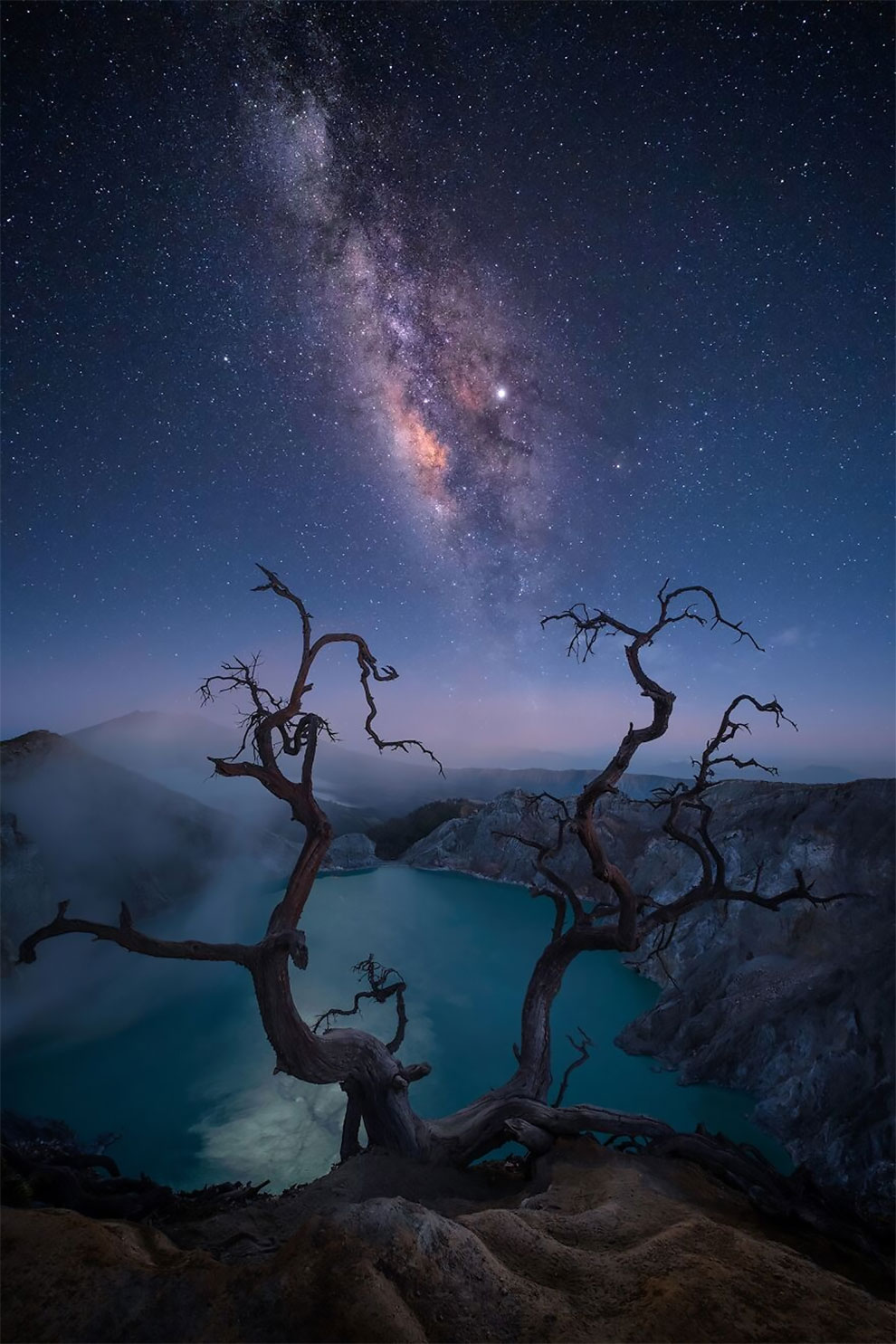 “The turquoise lake in the crater of the Kawah Ijen volcano looks serene and inviting. It also happens to be the world’s largest acidic lake. But the main highlight was watching the Milky Way rise on the crater summit, probably the most beautiful mornings the photographer has seen on the trip.” 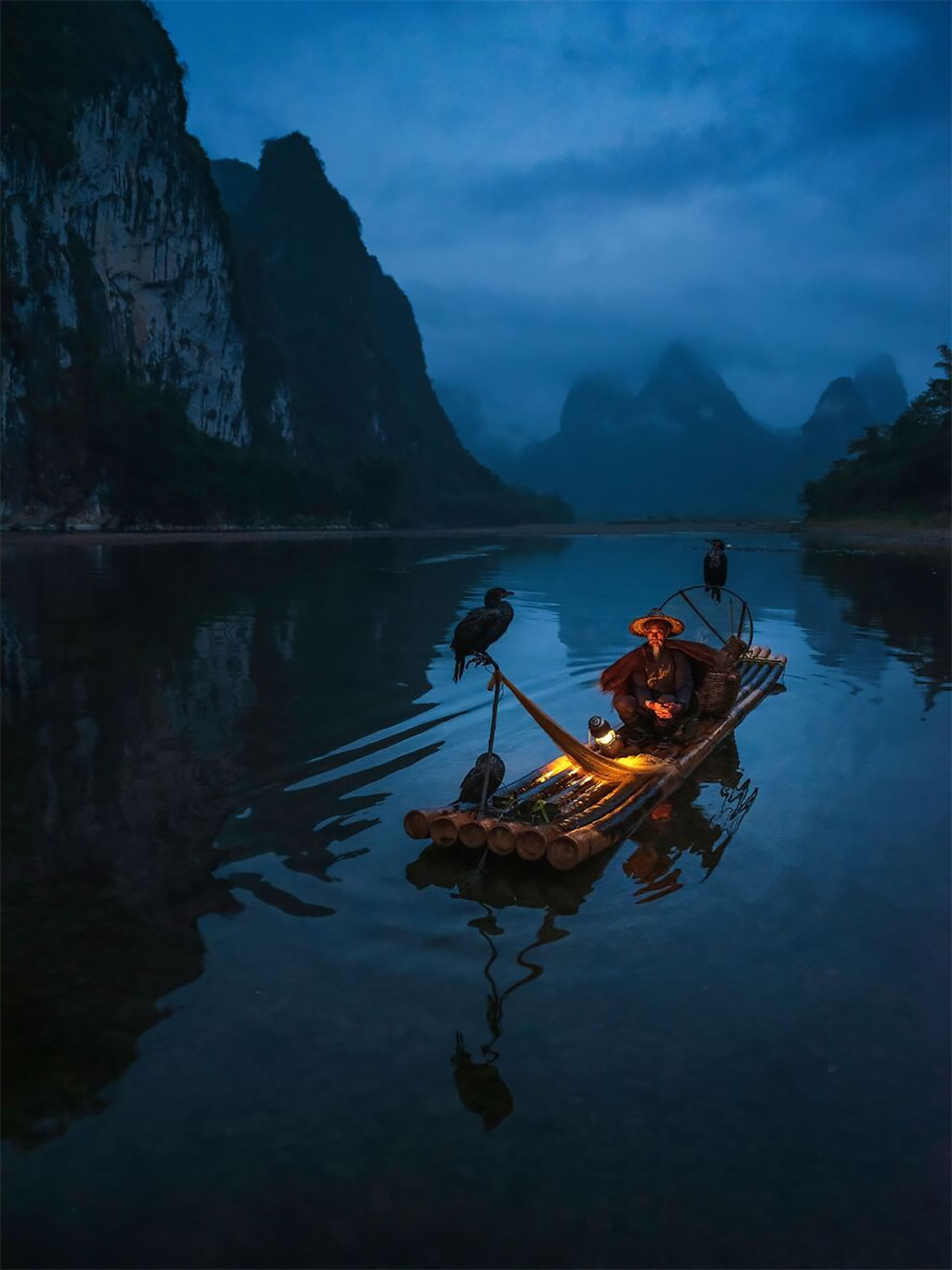 “Cormorant fishing is a dying 1,000-year-old tradition in Guilin, China. Sailing peacefully across Li River in Guilin, men fish without the aid of a rod, hook or bait, instead of using a method that involves birds diving underwater.” 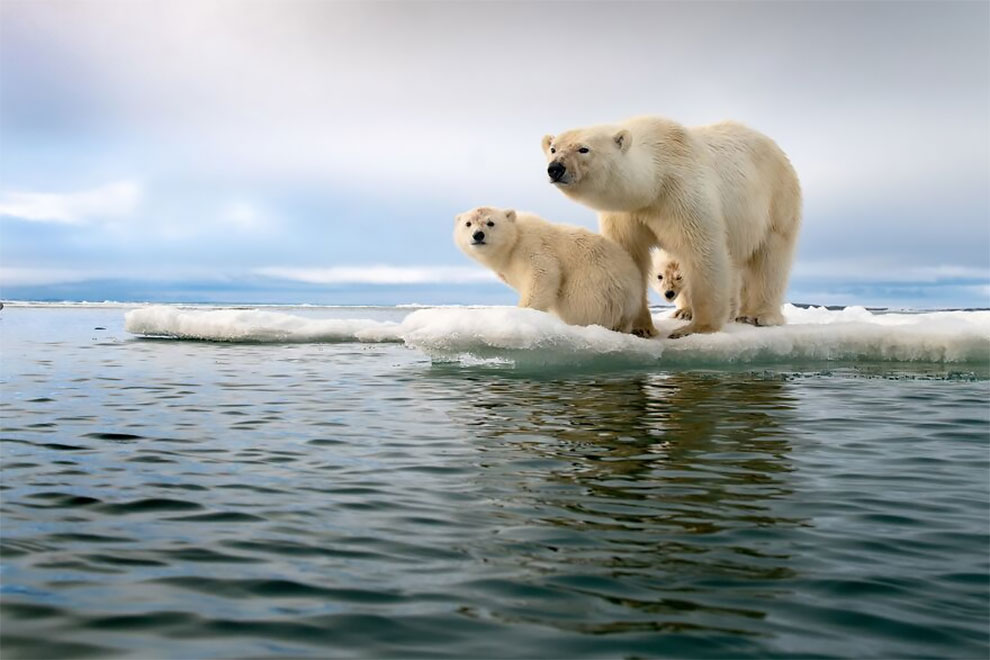 “Mother Bear and her two young cubs are at the ice edge, wondering about their next move. 2018 was a relatively warm year in the high Arctic, and this is the last piece of ice in eastern Svalbard. Without sea ice, the mother bear can’t hunt for herself and her cubs.” 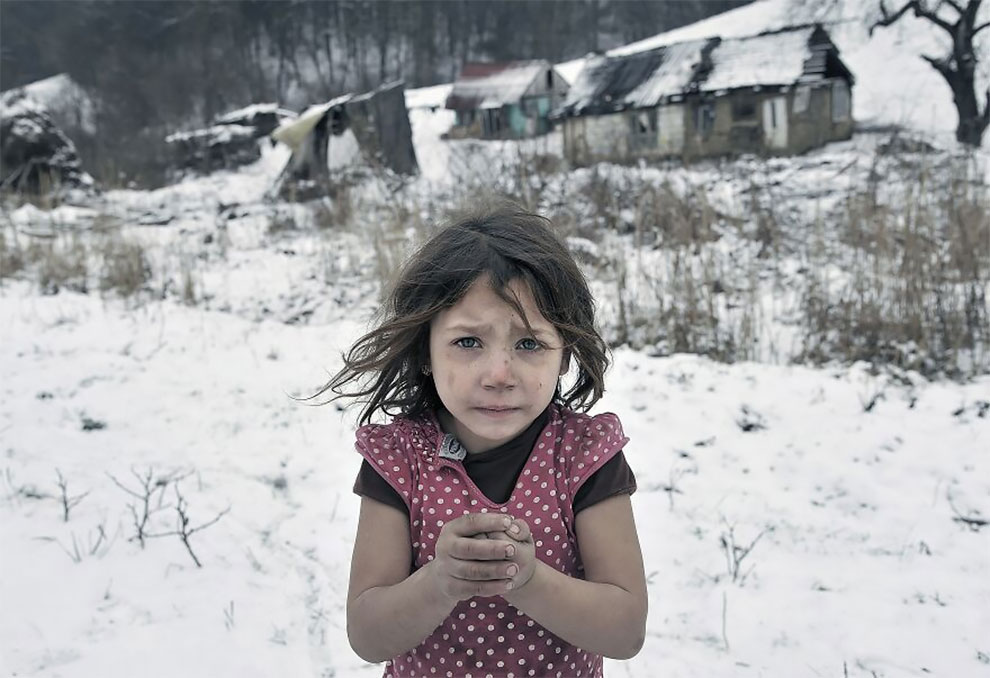 “This little girl was looking for firewood near her crumbly haunt at Christmas. The very poor and poverty-stricken family is unemployed. For them, survival from one day to the next is a big challenge. Tarnava Valley / Transylvania.” 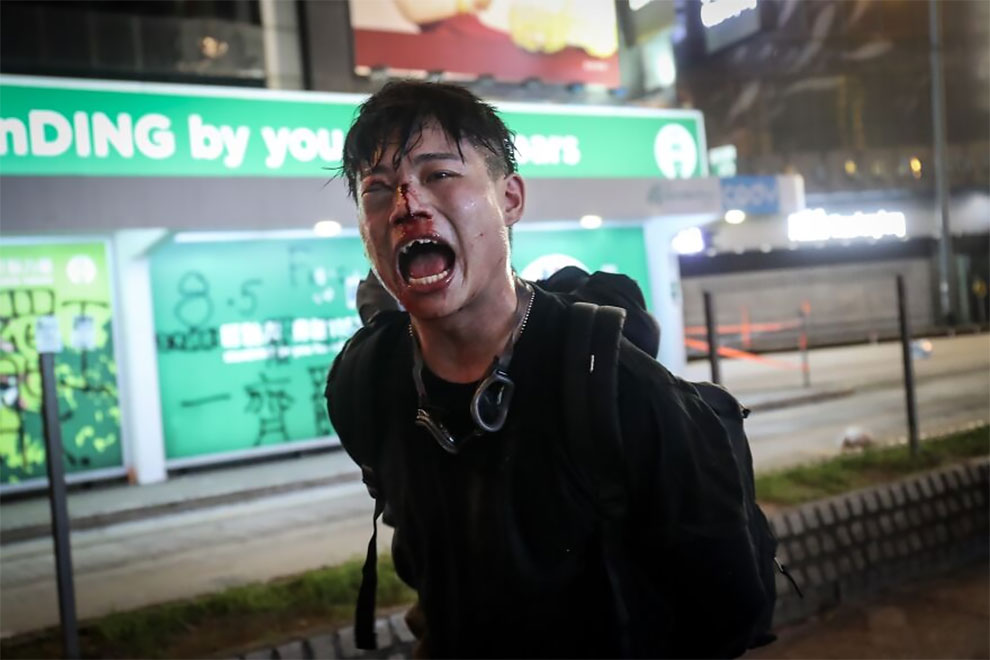 “Anti-Extradition Law Amendment Bill Movement in Hong Kong. Demonstrators participated in the demonstration on August 11, when a male demonstrator was attacked by secret police that night, blood on his face and his front teeth were shot down. This was the first time the police had dressed like a protester. Demonstrator opened his mouth silently in front of the camera.”

I’m Not My Body. A Story About Euthanasia – Michel Petillo 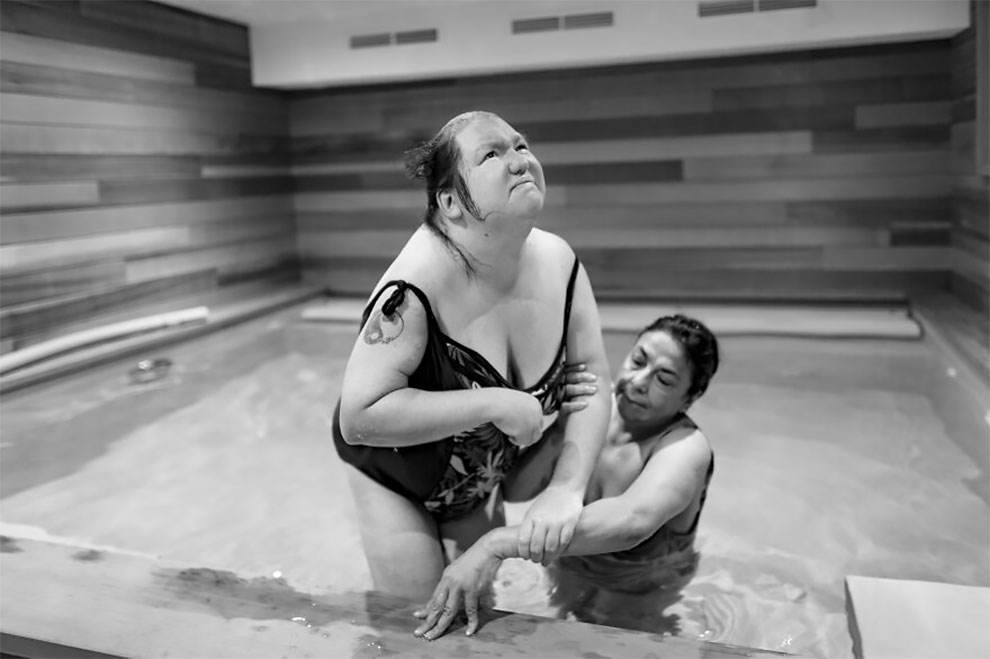 “In 2016, the artist met Claire C., a then-33-year-old wheelchair-bound woman, suffering from severe debilitating pains in her right foot, epilepsy, and spastic quadriplegia. Since the age of seven, her life has been about life-threatening accidents, invasive operations, severe painkillers, and ultimately wanting to end her life. Claire has been seeking effective pain treatment besides addictive morphine-based painkillers since 2012. In 2017, a spinal neurostimulator implant was initially successful. In 2012 Claire renewed her request for active euthanasia since her pains have fully returned.” 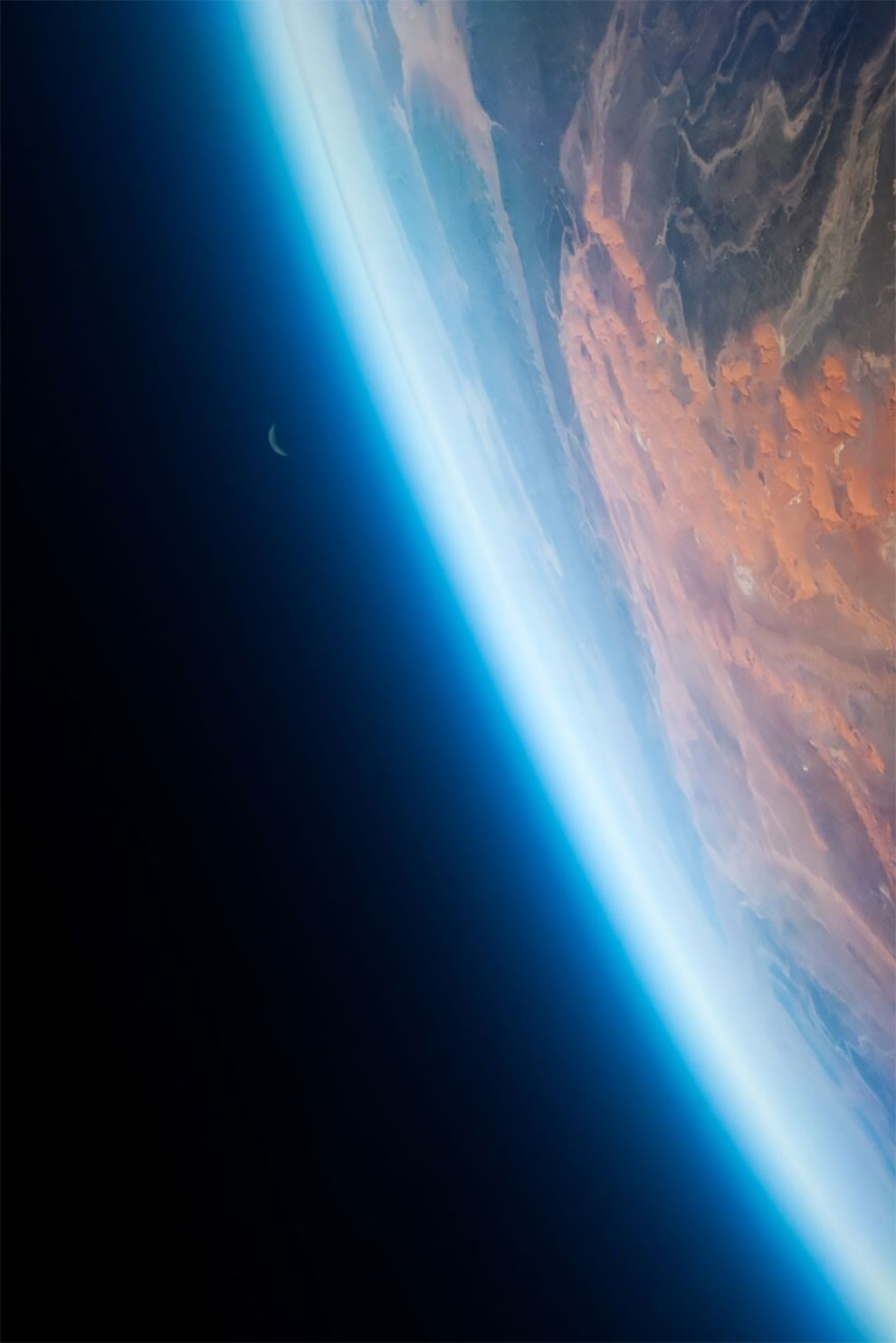 “Photo was taken at 42,000 ft over the Sahara desert, flying at the edge of space. Our beautiful little blue marble, floating through the vast void of infinity.” 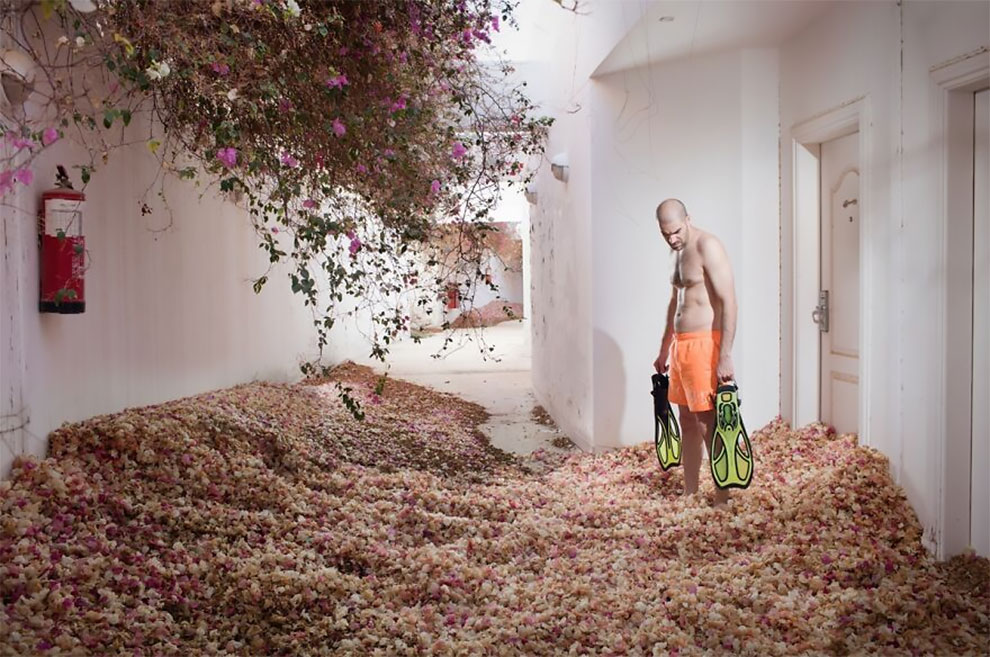 “The series shows the personal experience of the photographer: ‘Since I was 20, I have been prone to depression. Finding antidepressants unhelpful, I decided to get out of Moscow and find somewhere I could be happier, chronicling my own experiences. But the depression followed me. People imagine that depression is like ordinary unhappiness, only more so. It isn’t. And the things we typically do to cheer ourselves up can’t be relied on as treatments. I tried a change of scene to get away from my troubles but to no avail. I think depression has to be understood and treated as an illness, although I am not sure how.’”

The Freedom Of Belarus – Hanna Rozava 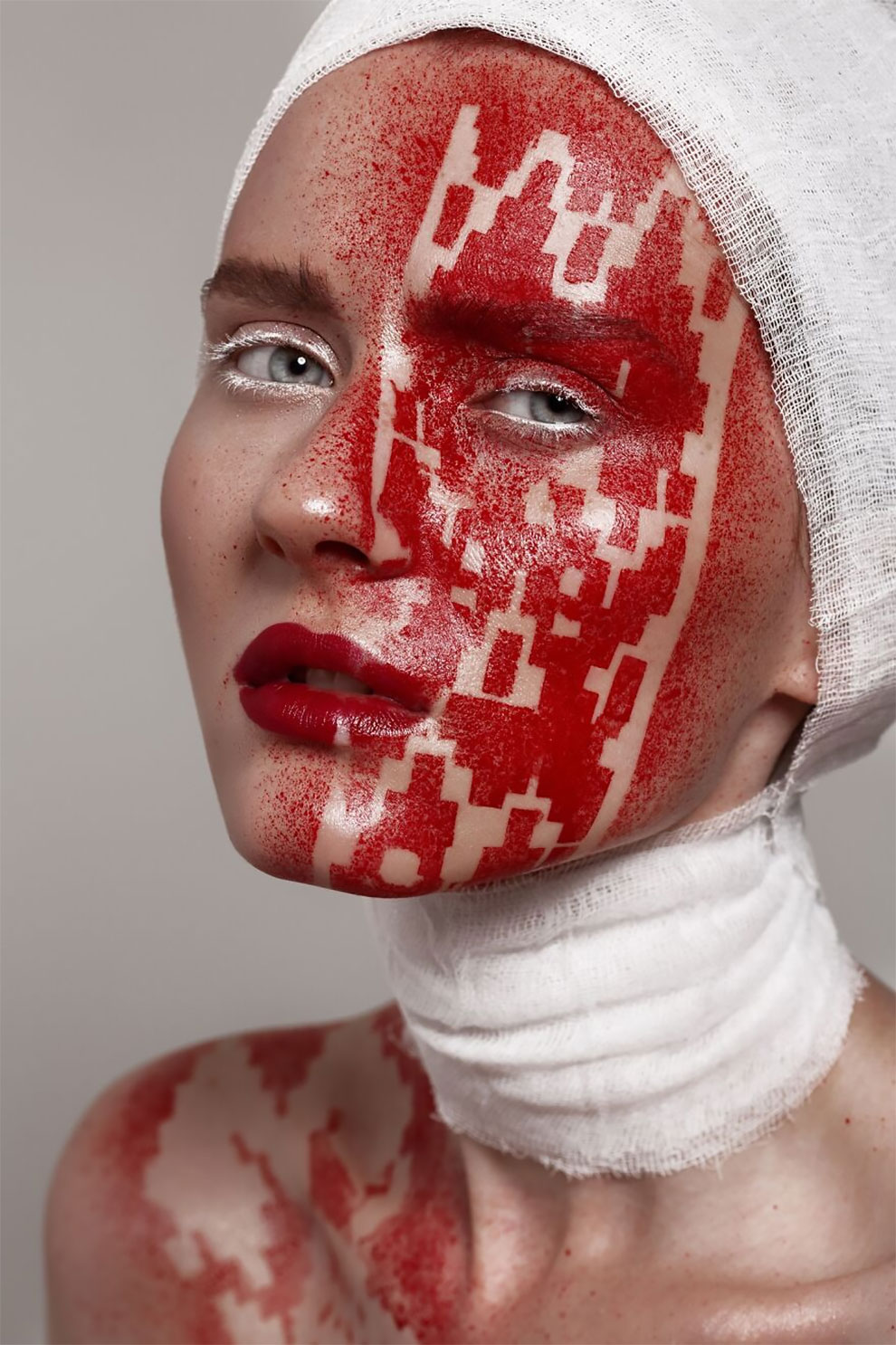 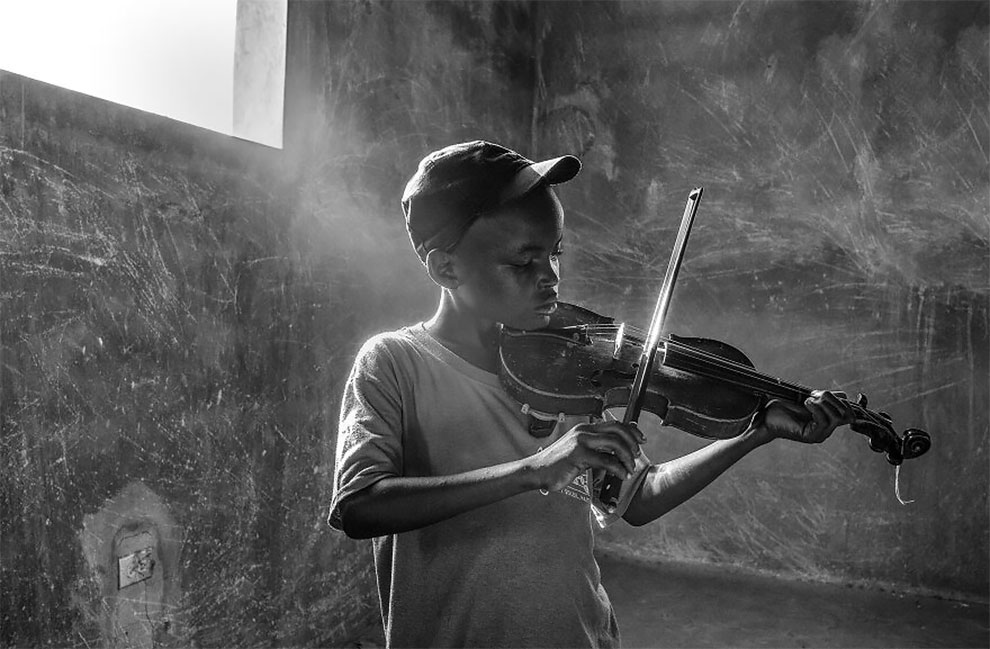 “Once a passionate pupil of the violin in Cité Soleil had now become a downcast boy with a big cap who no longer had an interest in playing. Water on the brain was causing his head to grow bigger day after day. “Luxon, if it’s okay,” I asked guardedly, “could you play once more for me?” I had a sudden feeling that we only had a few moments left together. With his eyes closed, the boy played his tune just in time to meet a ray of light. Urim Hong is a photographer who searches for light in the isolated world. After majoring in the humanities as well as pedagogy, he taught children for a decade and, in that process, found himself called to photography. He majored in photography at Art Center College of Design in Pasadena, California. Currently, he is leading a project for the children and orphans in Citi Soleil, a small village within the Port-au-Prince metropolitan area in Haiti. He was selected as Editorial Photographer of the year at the 2018 IPA, 2019 MIFA, and PDNedu Awards Documentary winner.” 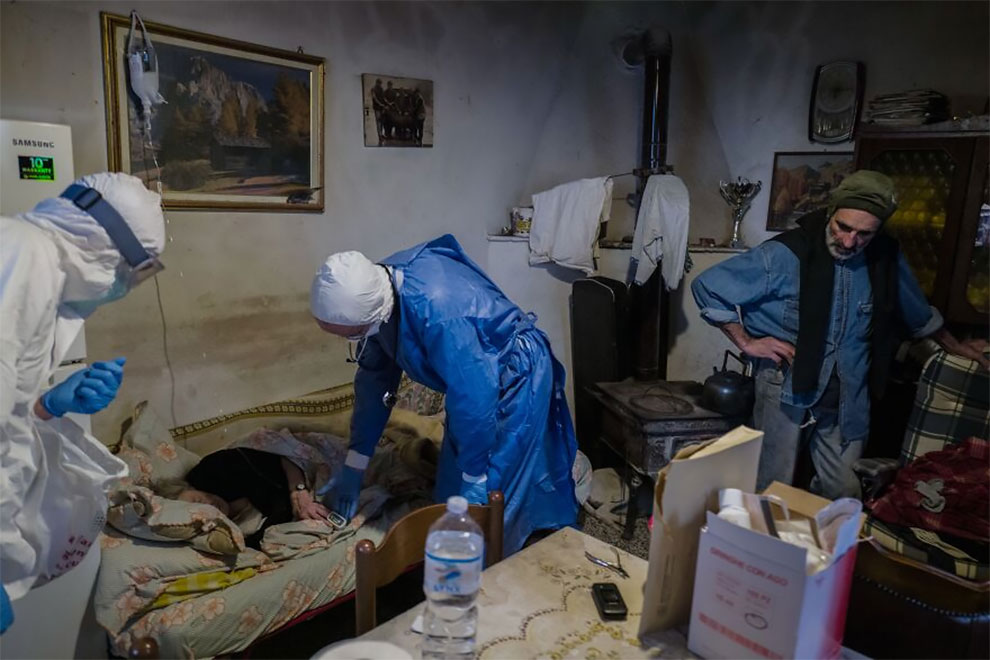 “Once the Covid-19 pandemic started spreading in Italy, Luigi Cavanna, the head of the Oncology ward in Piacenza Hospital, decided that the best way to approach the disease was to treat it early, in the same way you would treat cancer. Equipped with a device that monitors the level of oxygen in the blood and a portable ultrasound chest scanner, doctor Cavanna started visiting patients at their homes—treating them mostly with hydroxychloroquine. In this way, he saved more than 365 patients.” 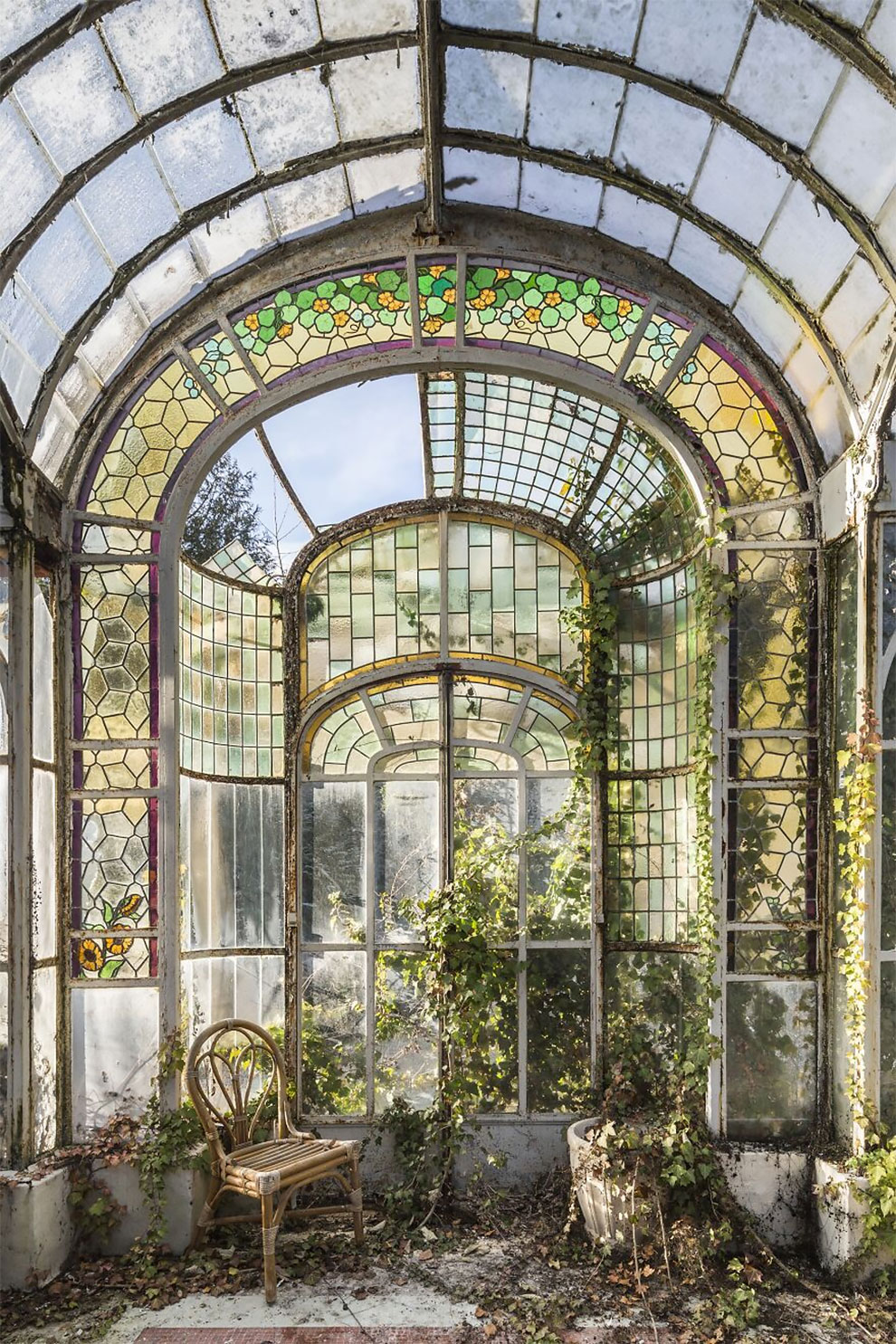 “This is what happens when abandoned places are reclaimed by Nature. She is stronger, and whatever happens to Man, She will always be there. When Man leaves, She comes back and She takes back everything. This series asks the fundamental question of the place of Man on Earth and his relationship with Nature. Far from being pessimistic, and at a time when Man’s domination of Nature has never been so extreme, it aims to wake our consciousness.” 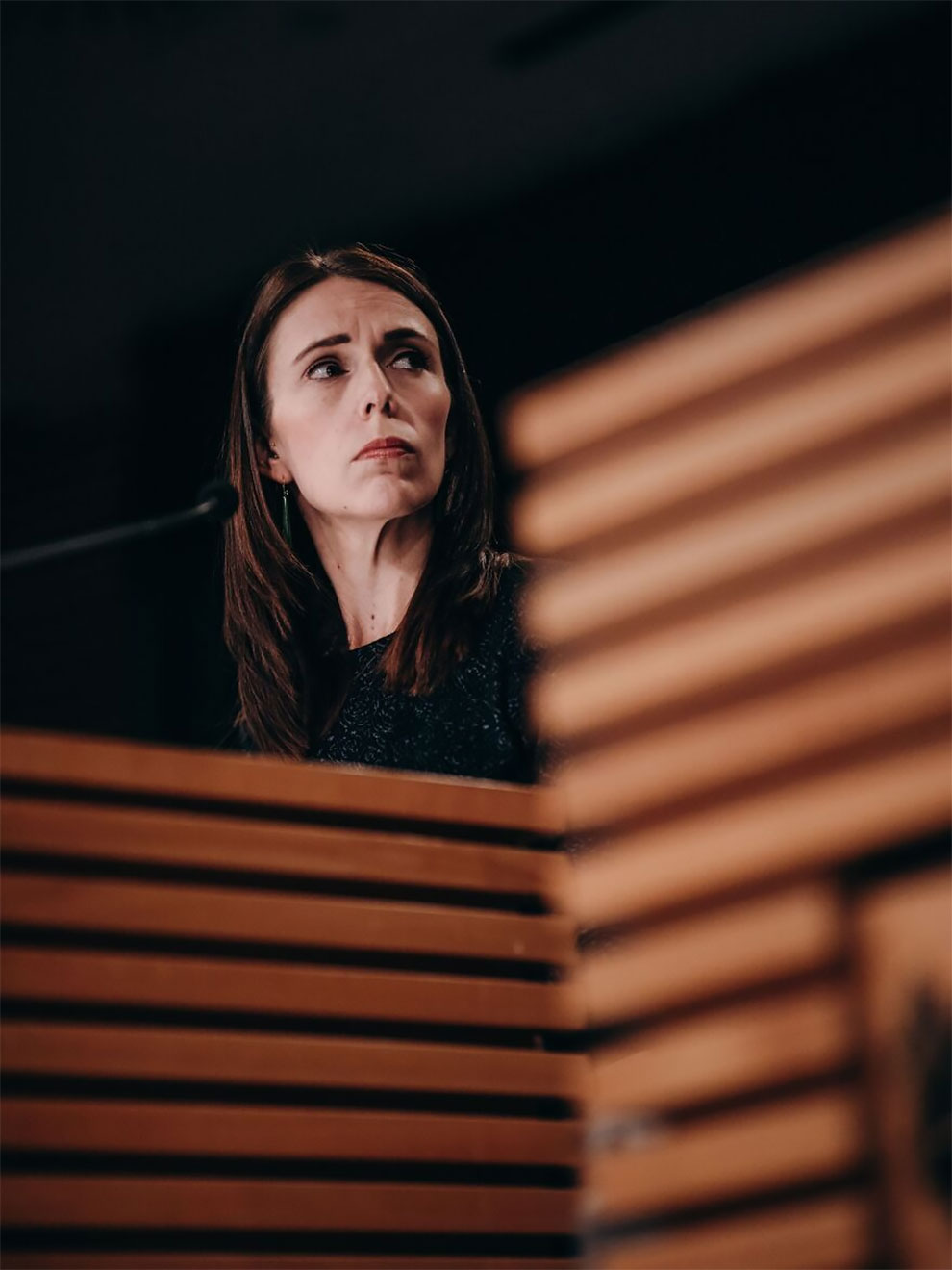 “A portrait of Jacinda Ardern as she announces an unprecedented, nationwide lockdown due to the Covid-19 pandemic.”

Giant Of The Sea – Földi László 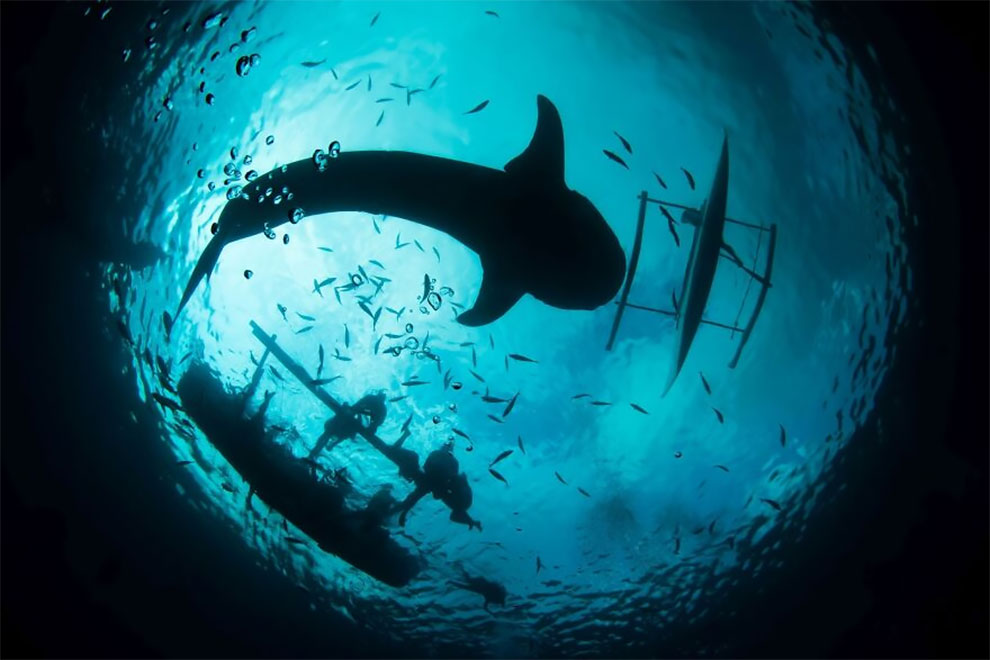 “The whale shark in the picture is just floating beneath the boats on the surface. This is the largest fish on earth with a size of up to more than 10 meters. It is a peaceful and impressive inhabitant of our planet. Many details had to be taken into account when taking the picture, due to the proper composition.”

I Am Rohingya – Mohammad Rakibul Hasan 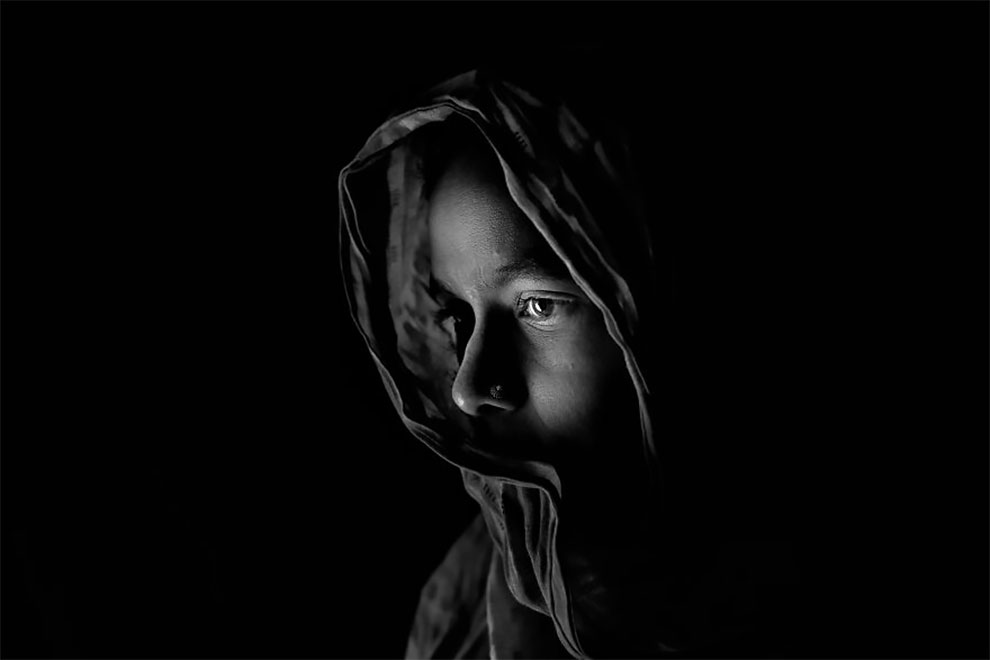 “The Rohingya is a minor Muslim ethnic group who lived in Myanmar for centuries. However, due to the racism and many other socio-political issues among the majority in Myanmar, they were declared as a stateless Bengali community who migrated to Myanmar from Bangladesh. Over one million Rohingyas live in Myanmar and they are the most persecuted people in the world who are deprived of their own land, human rights, and citizenship. In recent times, the Myanmar Army started a silent genocide to forcefully evacuate them out of the country. Mohammad Rakibul Hasan is a Dhaka-based documentary photographer, filmmaker, and visual artist. His work explores the themes of human rights, social development, migration, gender violence, and the environment. His images express the resilience of the human spirit and strength at adversity. Hasan holds a Postgraduate Certificate in Photography from Falmouth University and an Undergraduate Certificate in History of Art from Oxford University. He also pursued a Postgraduate Diploma in Photojournalism from Ateneo de Manila University and graduated in Film & Video Production from University of Sydney.” 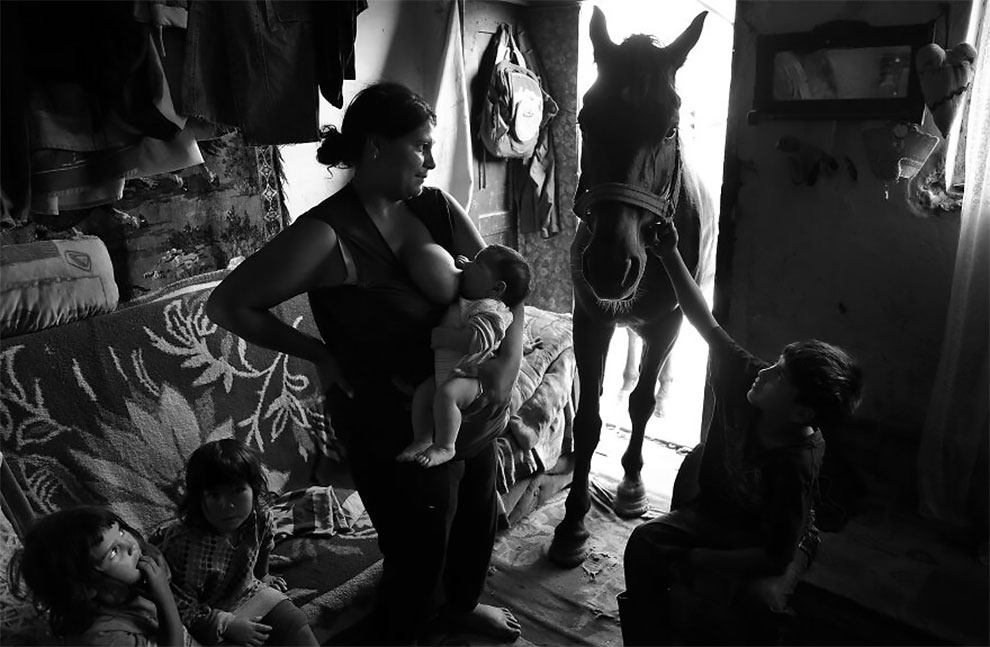 “A moment of life from a family who live in extreme poverty. The horse, which is a treasure for the family, is treated almost like a family member. He is a sure source of income because they undertake a lot of agricultural jobs. The father works as a day laborer to provide for the family. But their life is terribly difficult. I took the picture in the Transylvania area of Romania.” 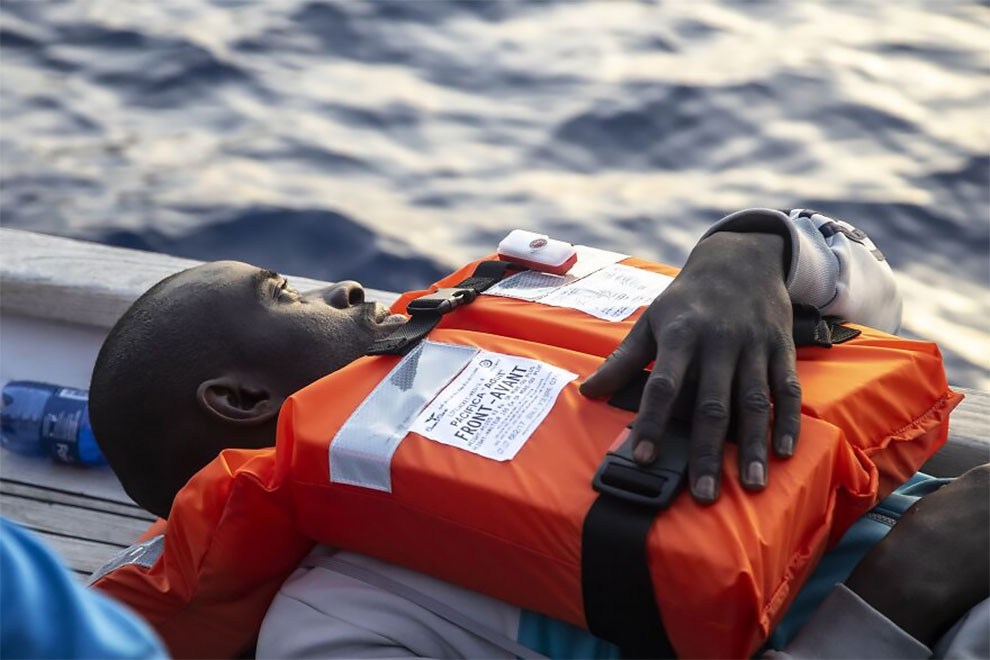 “A migrant man looks at the horizon at sunset, after being rescued at sea, off Libya, by the organization ‘Mediterranea Saving Humans’ on the Central Mediterranean.” 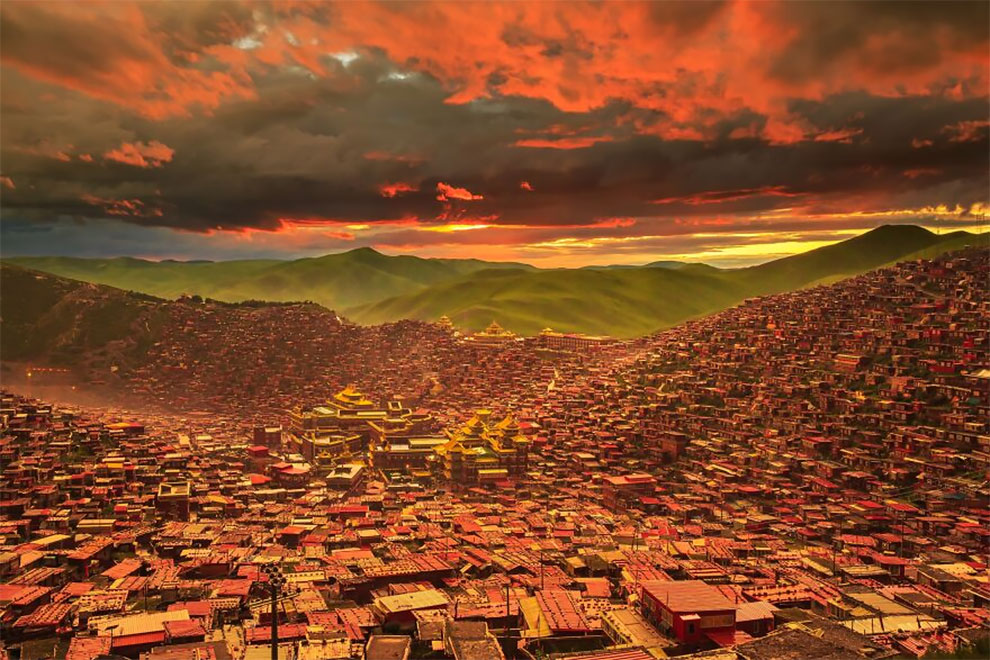 “It is a highlands at an altitude of 4,000 meters in Sichuan, China. That place became red after heavy rain around sunset. The Larung Gar is the biggest Tibetan Buddhist academy in the world.” 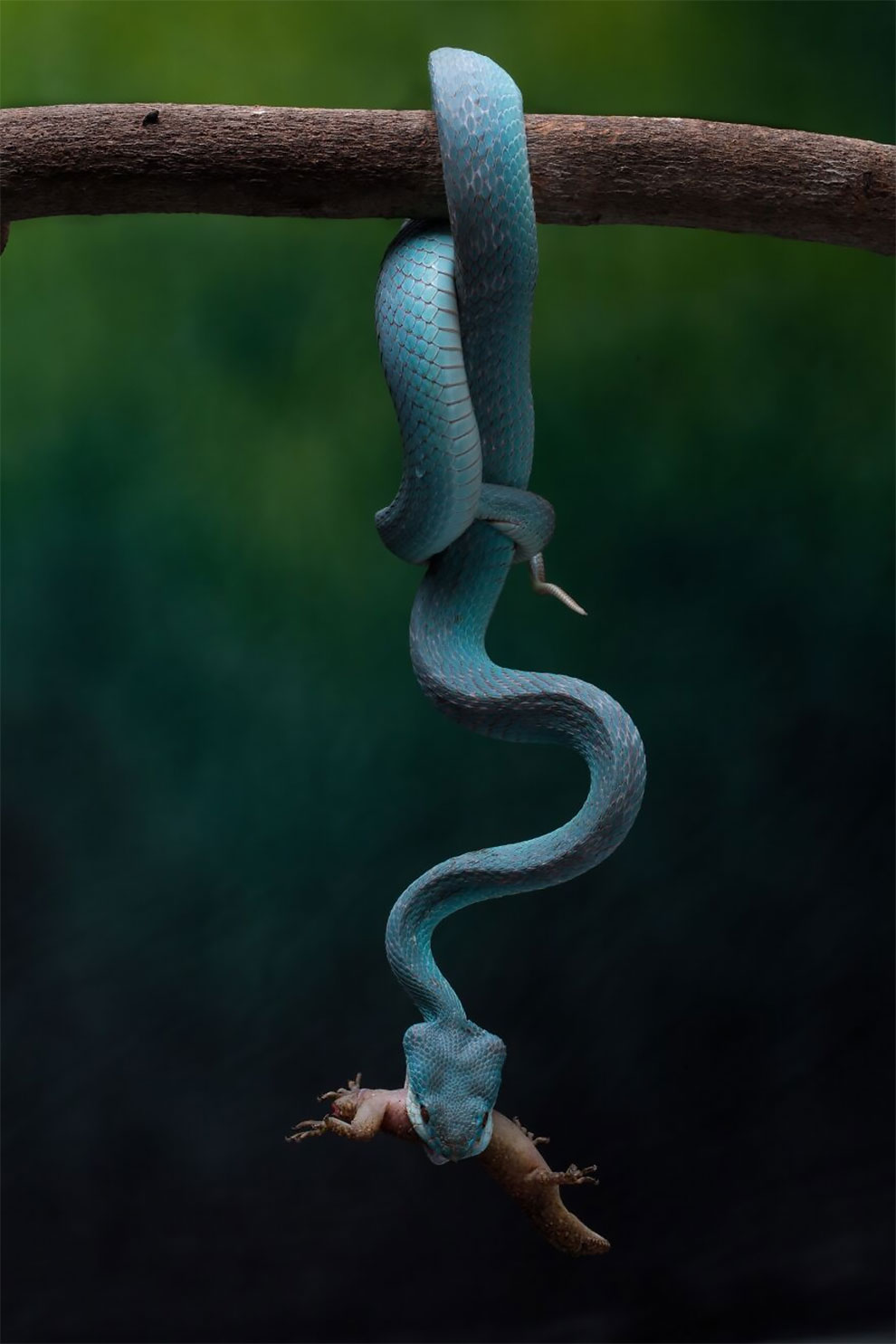 “Beware the impossibly fascinating blue viper…this really is a ‘look but don’t touch’ situation, because as visually beautiful as that blue viper is, it’s not the kind of creature you want to mess with. Sold in specialty pet shops, this one is really not for beginners.” 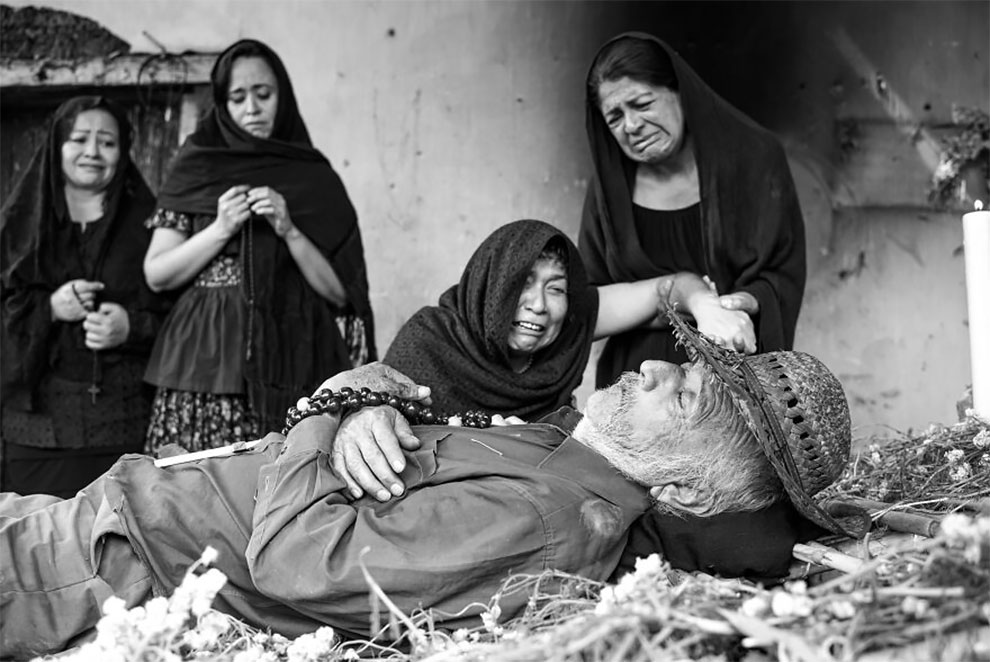 “A man like anyone else, good, drunkard, according to his wife, was sitting on a bench in the main square of his town in the wrong place at the wrong time, when two rival drug gangs confronted each other, taking by accident his life. This happened in a remote rural area in the central part of Mexico, Jalisco State.”

Garbage In The Cloud – Piotr Zwarycz 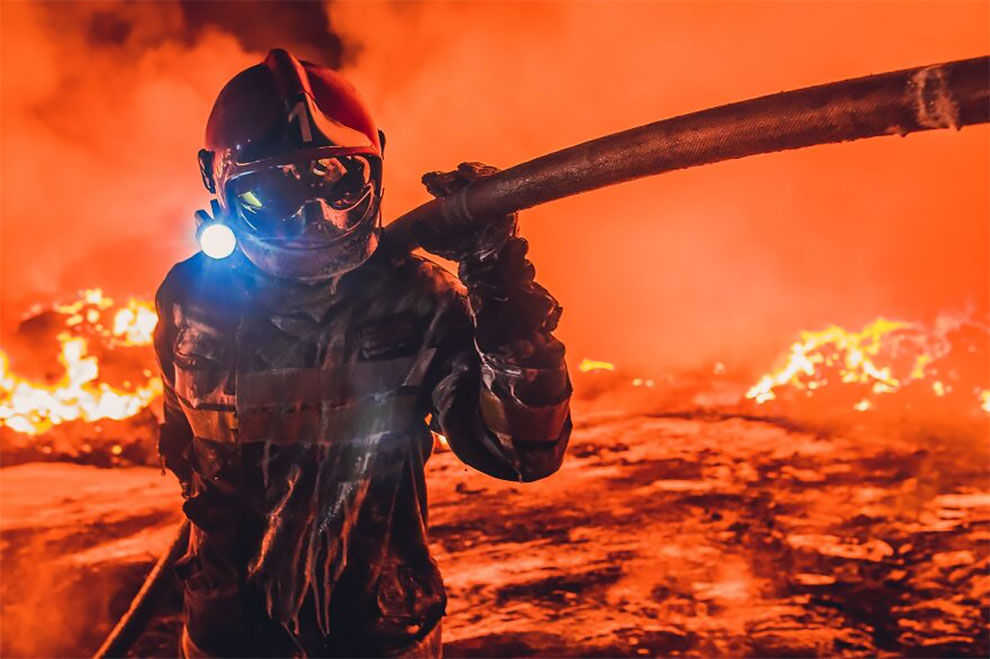 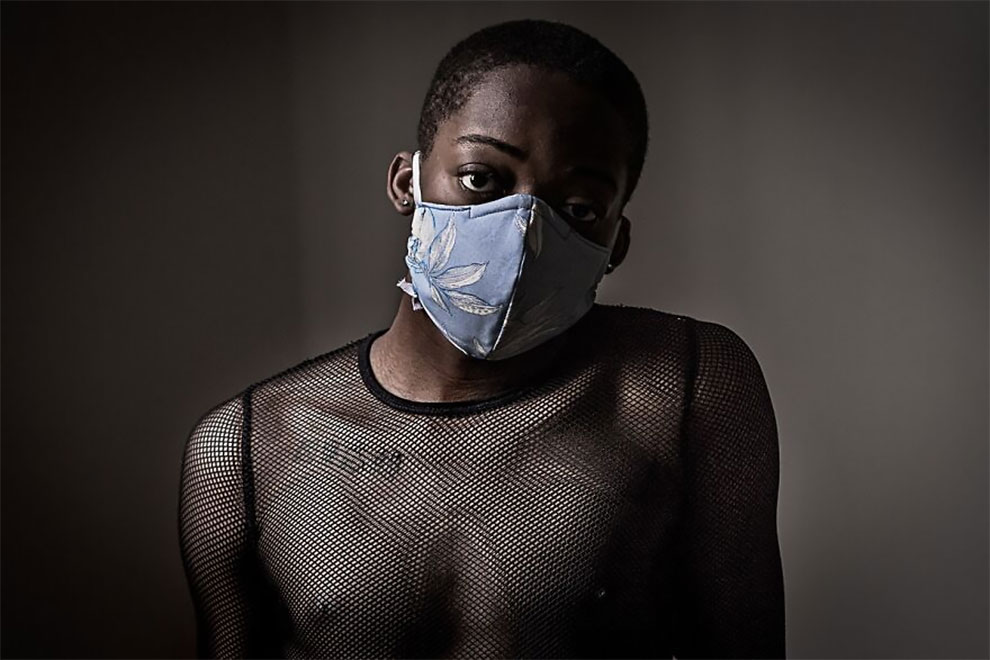 “David (not his real name) grew up in Brussels and dreams of a career in fashion, but hardline laws make him an asylum seeker in his own country. Despite being born in France and raised in Belgium by Congolese parents, David is in serious danger of being deported to the Democratic Republic of Congo (a country abandoned by his parents when they were still children). Refused by his father because of his homosexuality, he moved into a flat with three other gay asylum seekers through Le Refuge, an organization supporting isolated LGBTQI+ youth.” 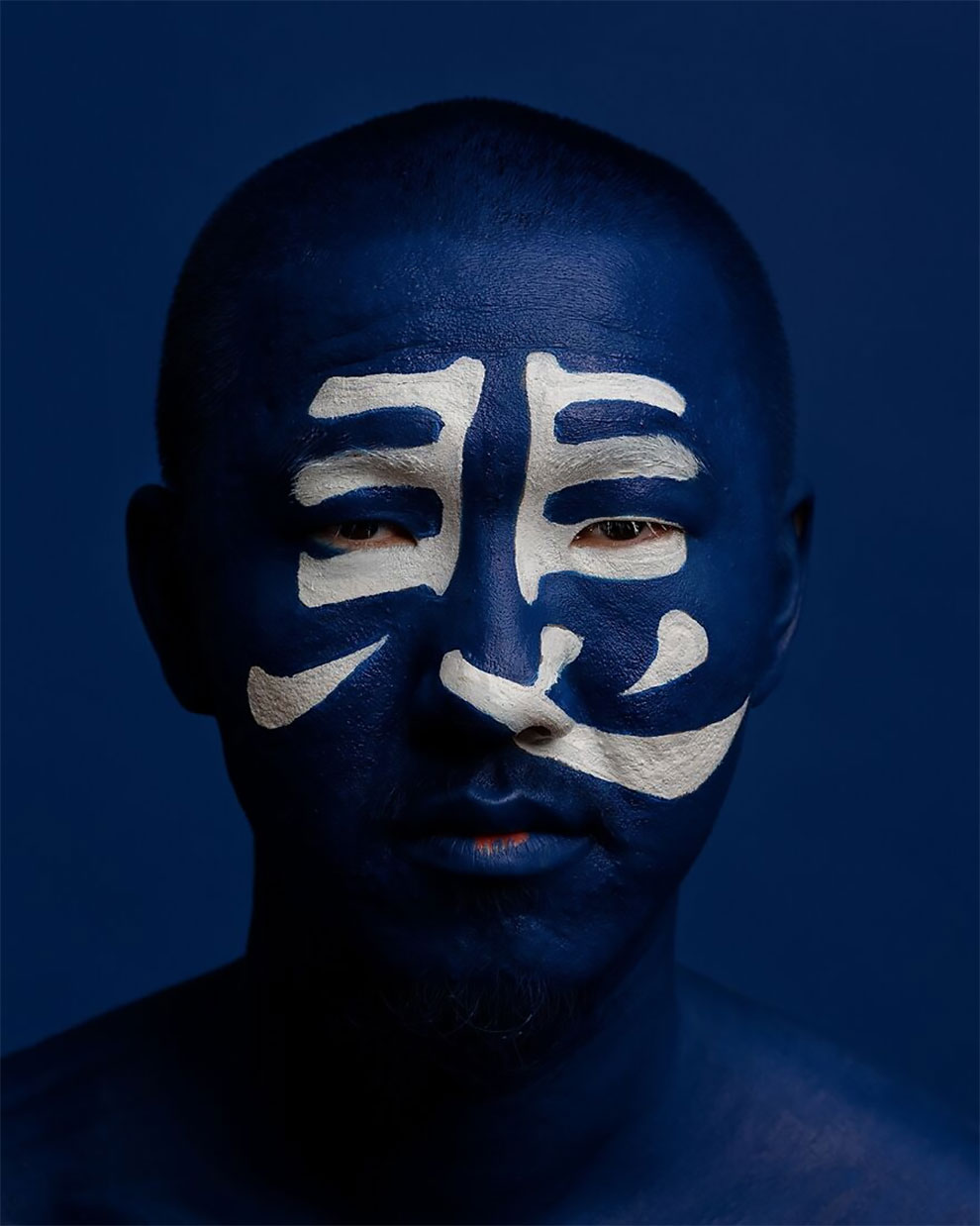 “According to the classic scripts of Chinese medicine, the 7 emotions—ecstasy, fury, worry, reverie, grief, terror, and shock—are causes of chaos. If left untamed, they can disrupt the heart, intestines, and the Qi of a balanced body.” 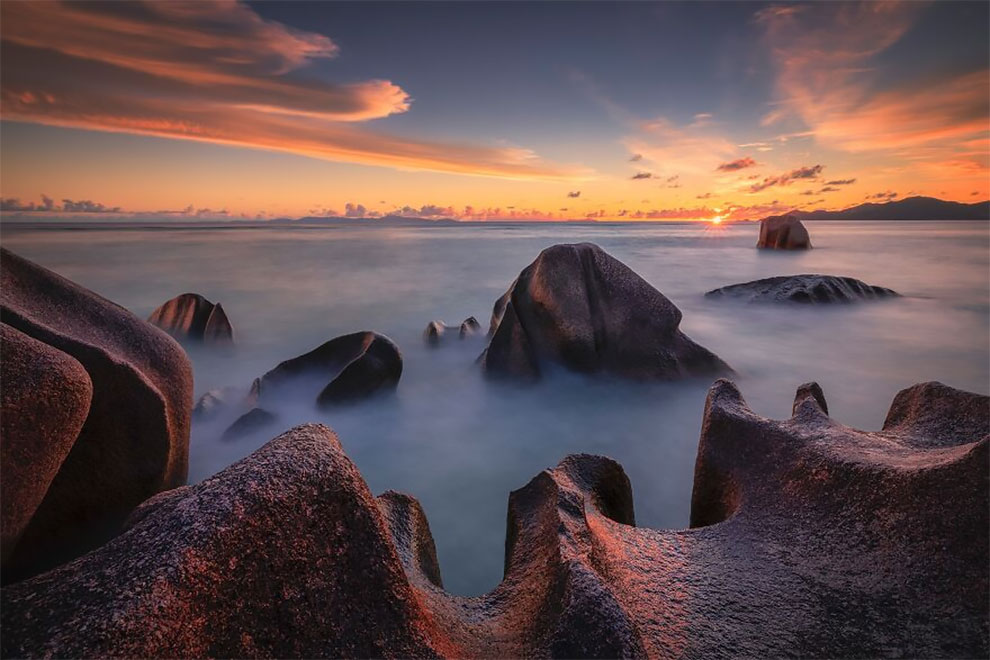 We Run, You Fly – Dimpy Bhalotia 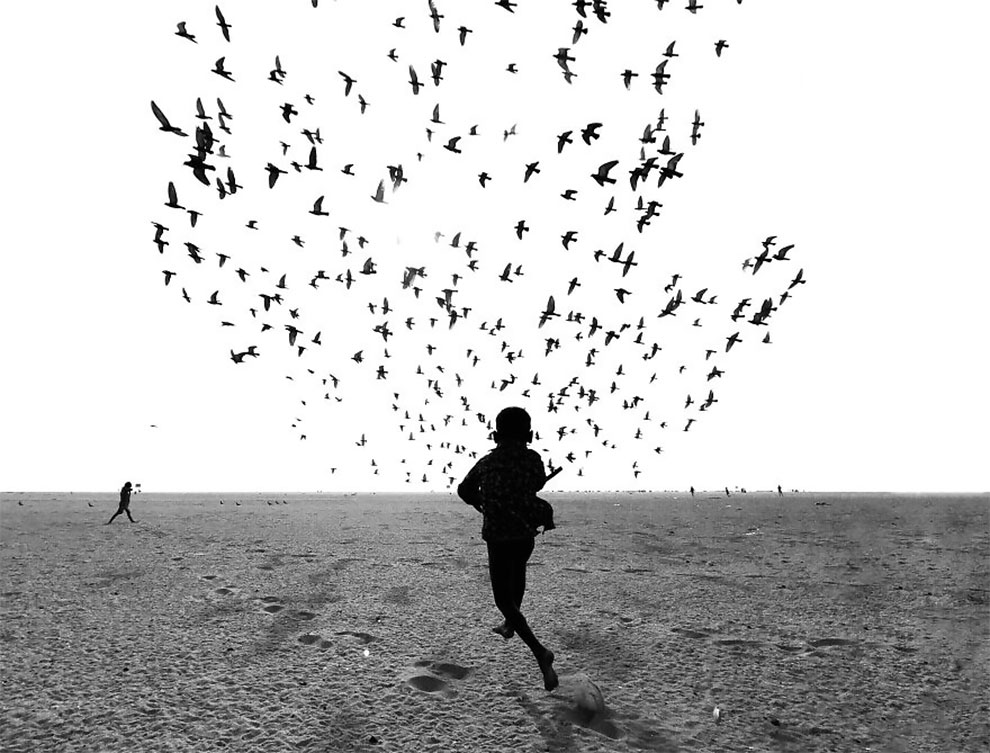 “Dimpy Bhalotia is an award-winning celebrated street photographer of Indian origin based in London. Her project which is titled ‘We Run, You Fly’ is a very important project for her. This project is to highlight the depletion of birds in the urban world. Earth is a balance of the ecosystem between humans, animals, and natural resources. Any system interrupted or disturbed and humans won’t exist. It’s a mistake that will echo for generations to come. She is raising her voice through her photographs.” 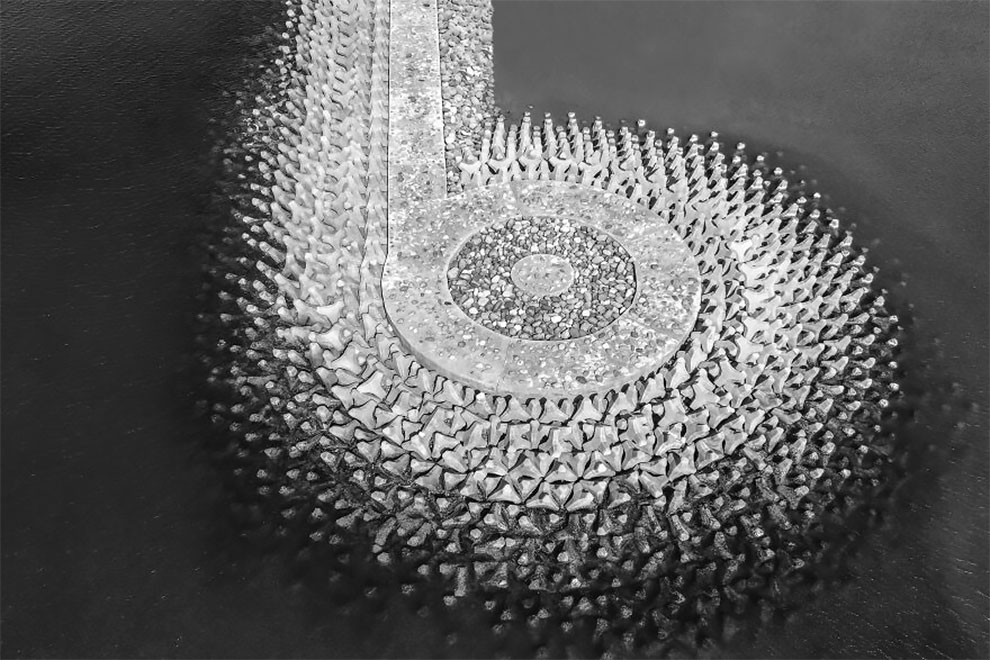 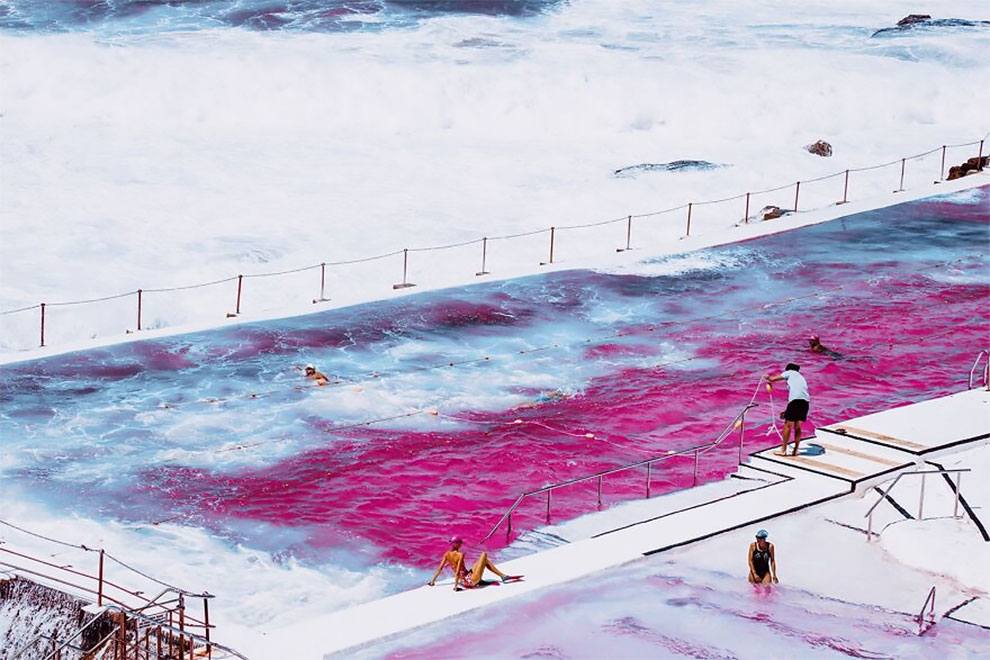 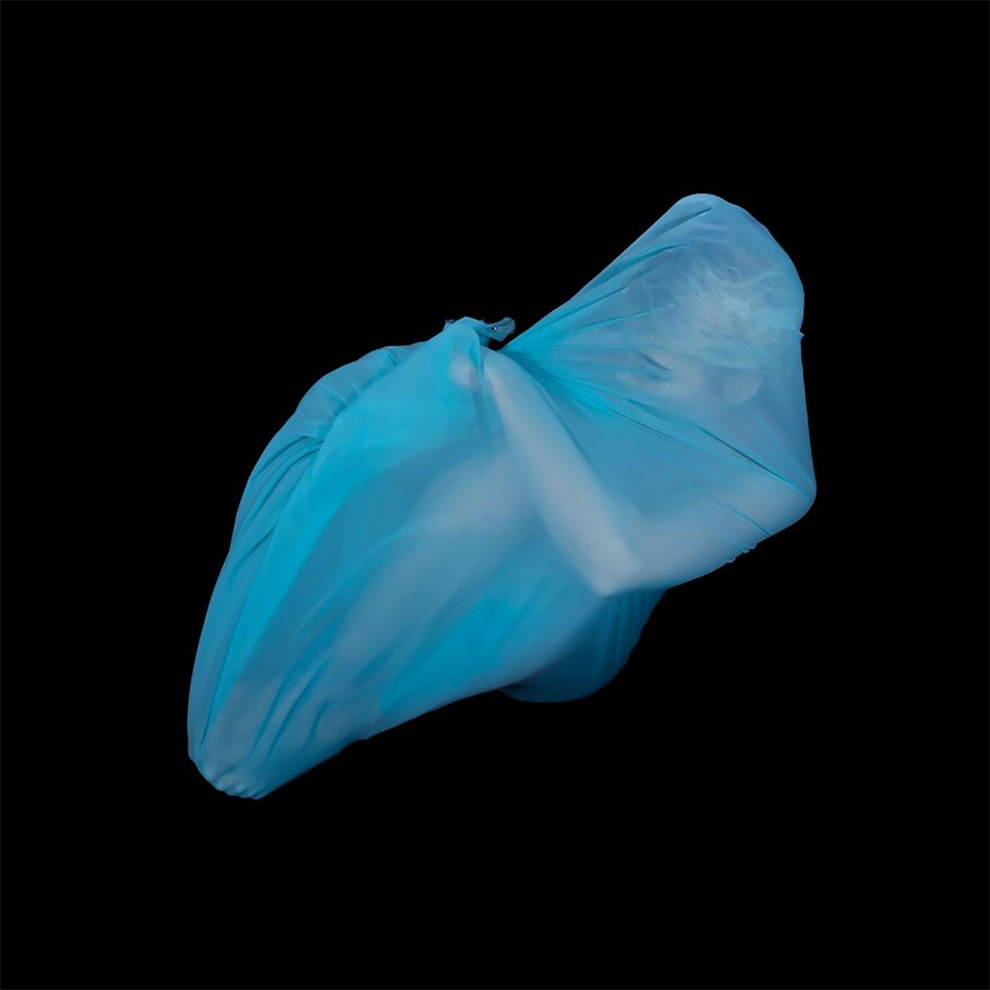 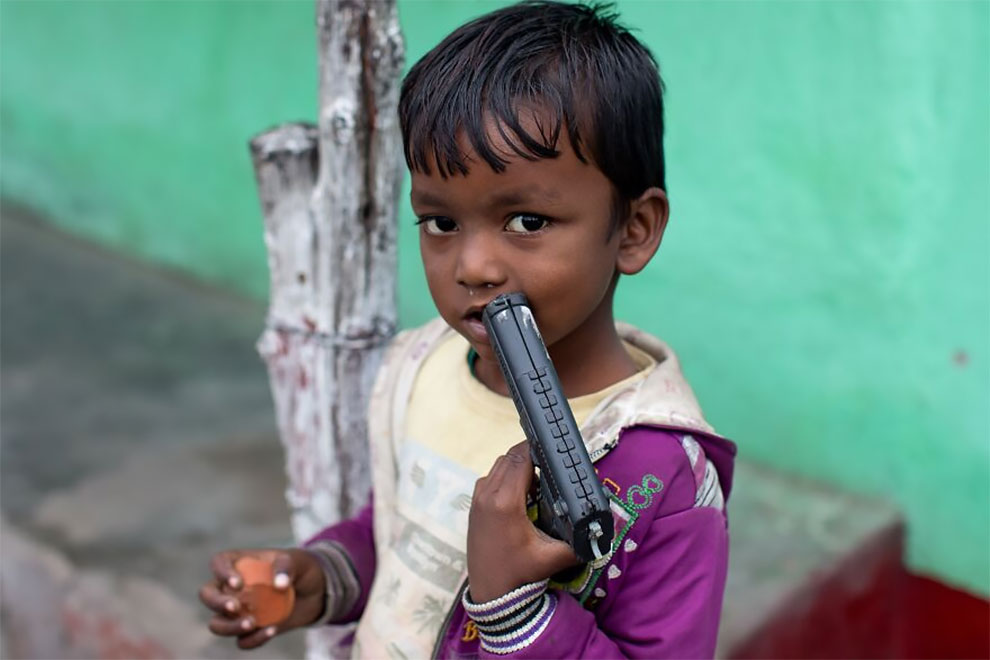 “The coal fields in Jharia at the heart of India’s coal belt have been burning for more than 100 years. Villages perched on the edge of the pits still house people, threatening to collapse from one day to the next. Open-pit mining is expanding in the region having a profound impact on the environment and the people who live here. Every morning before sunrise, the coal fields and disused mines come alive with scavengers who pilfer coal to sell on the black market in order to make a meager living. For the new generation growing up here, will this be the only way of life too?”