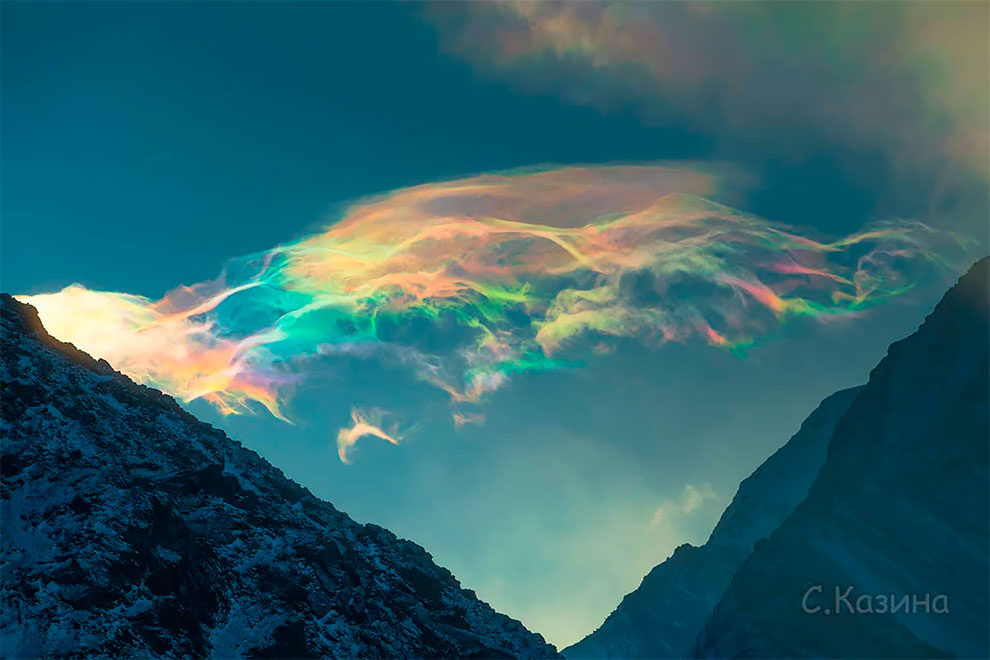 Svetlana Kazina recently captured a series of stunning iridescent clouds above Belukha mountain, which is Siberia’s highest peak (4,506 metres/14,783ft). Svetlana lives in the Altai Mountains which is a mountain range in Central and East Asia where Russia, China, Mongolia, and Kazakhstan come together. 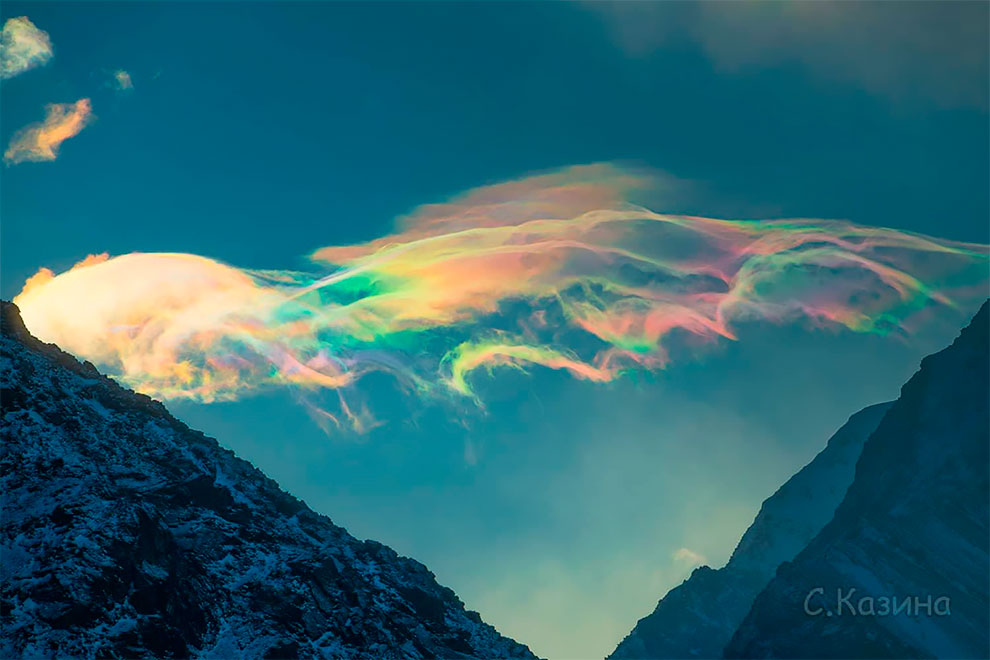 Cloud iridescence or irisation is a colorful optical phenomenon that occurs in a cloud and appears in the general proximity of the sun or moon. The colors resemble those seen in soap bubbles and oil on a water surface. Check out Wikipedia for more information. 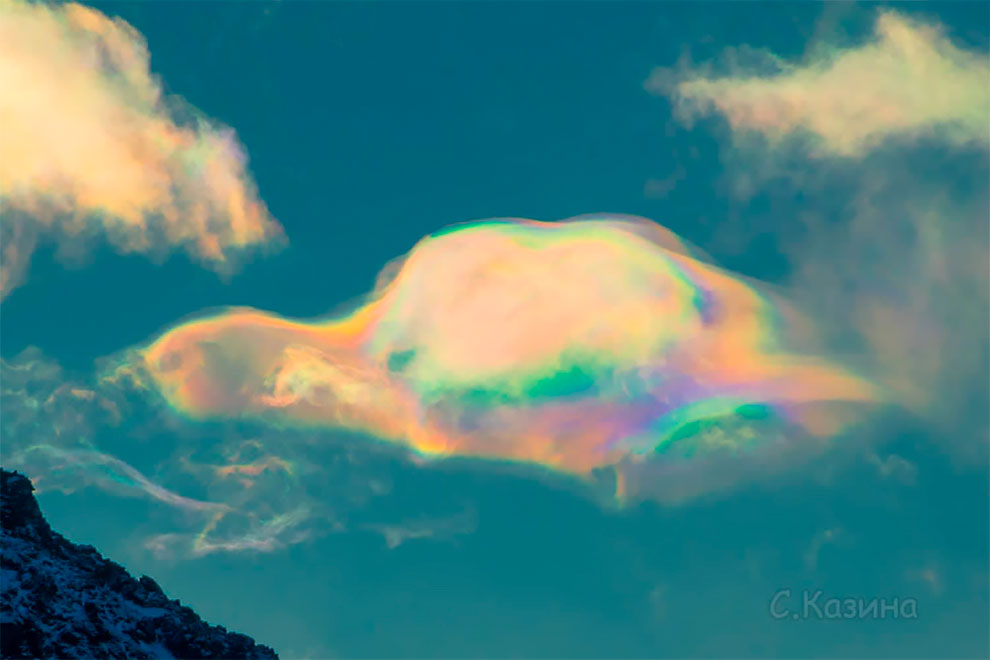 “On this day the wind was so strong that the clouds continually changed into various forms at times being so thin that they resembled lace. Iridescent clouds are not uncommon where she lives, and those clouds can often be seen near the sun.” 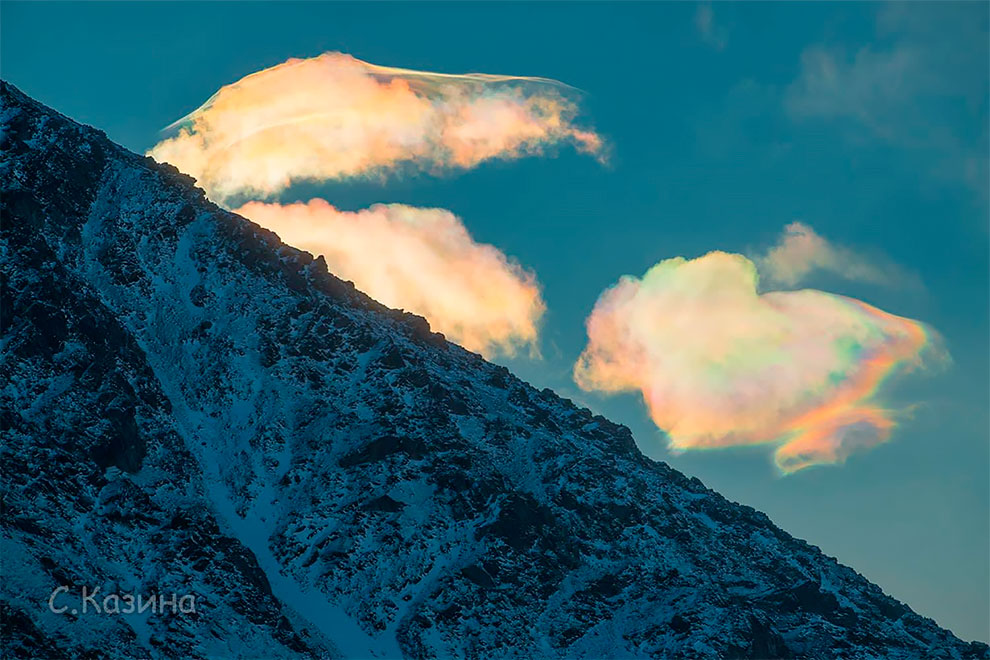 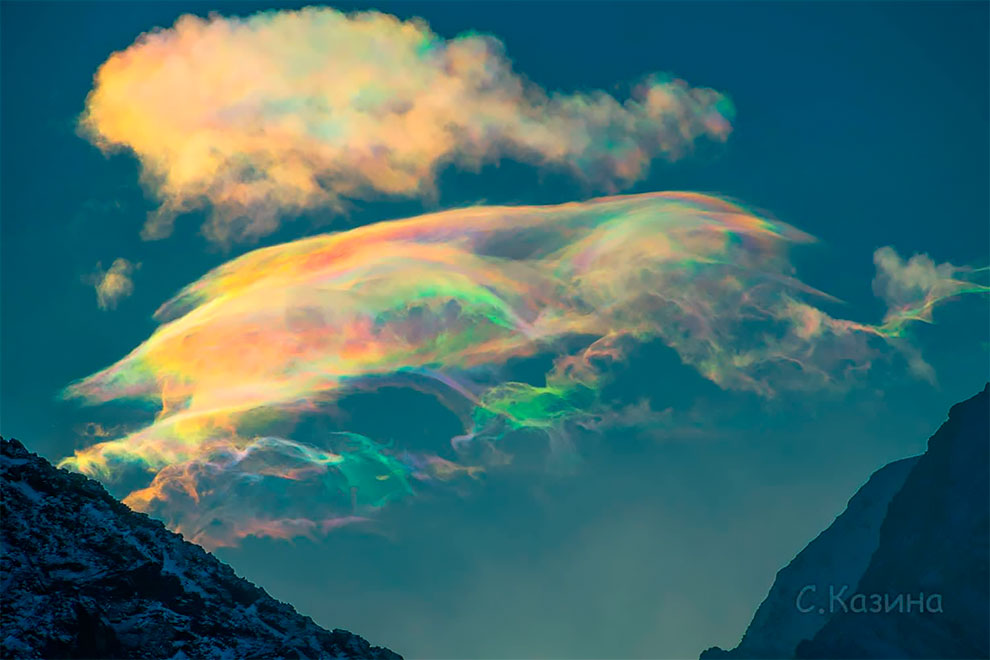 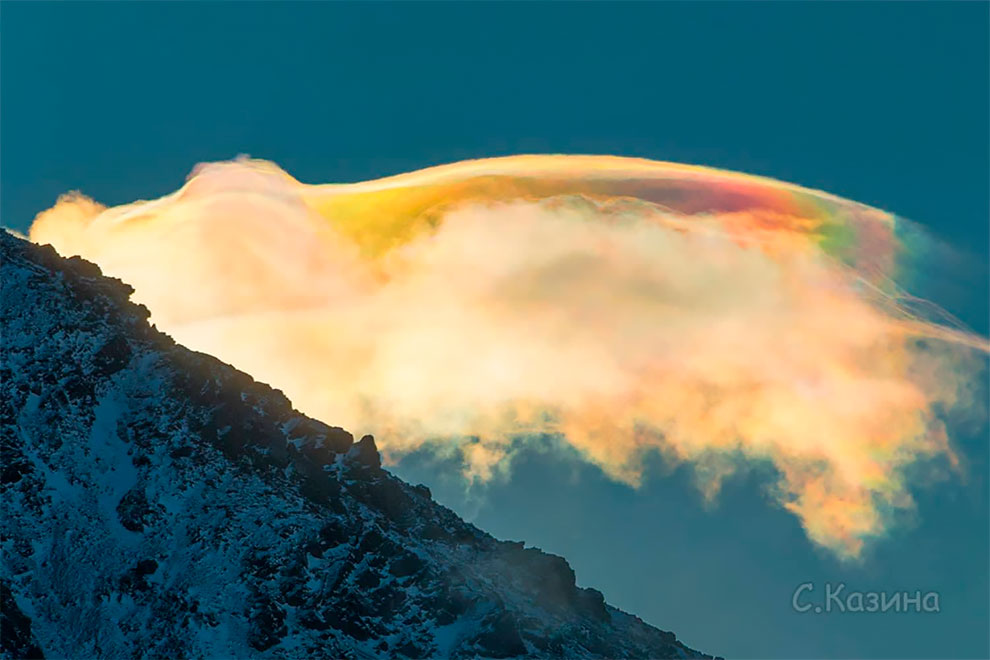 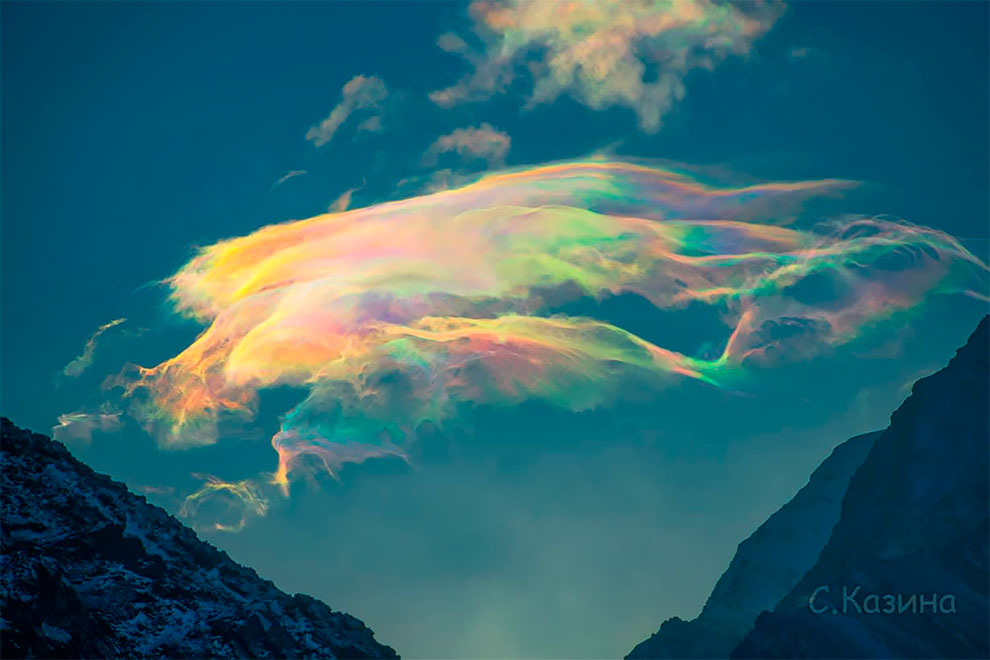 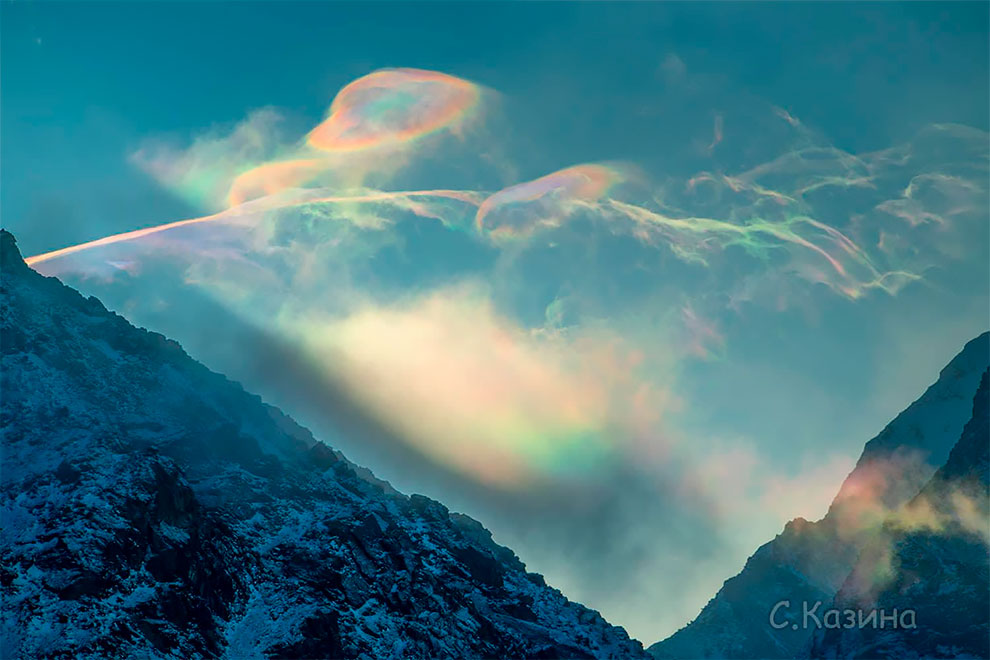 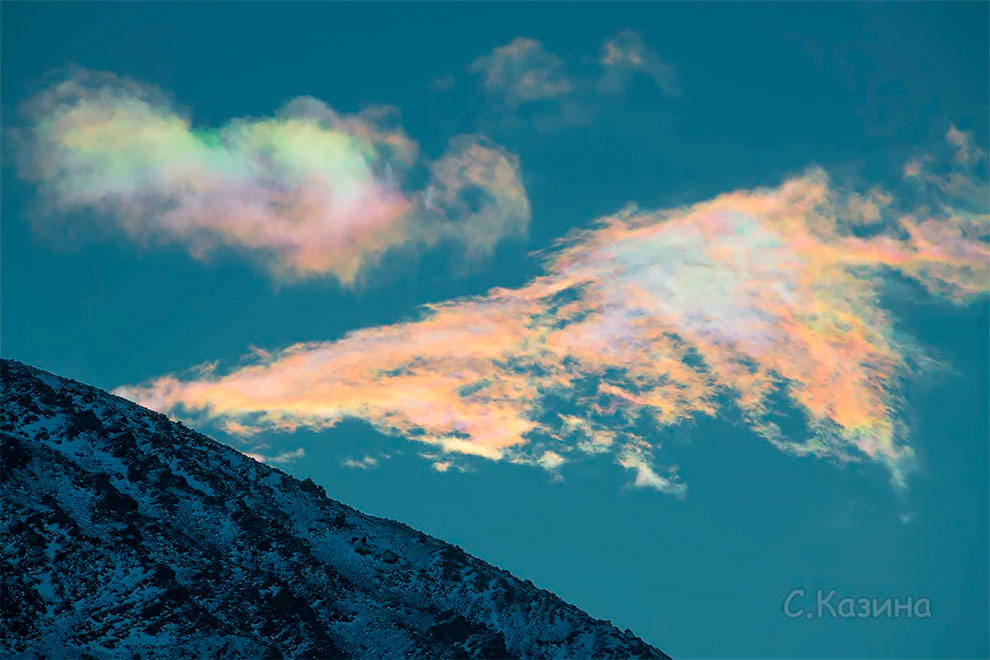 The last image is shot with my cell phone on my way from work and illustrates, in this case, an amazingly big mother-of-pearl cloud which colors lasted roughly an hour. The colors grew in intensity as the sun sank lower behind the horizon.