Couple Documents How Fast Their Dog Grows In Just 8 Months

Alex Dennison and Ashley Lewis didn’t believe that their German shepherd puppy could grow so quickly. The Australian couple started to document Nasra’s growth at eight weeks and posted the whole series to Reddit after eight months. A few hours later they realized that they had a sensation on their hands. Dennison and Lewis described the early days with Nasra in an online interview. 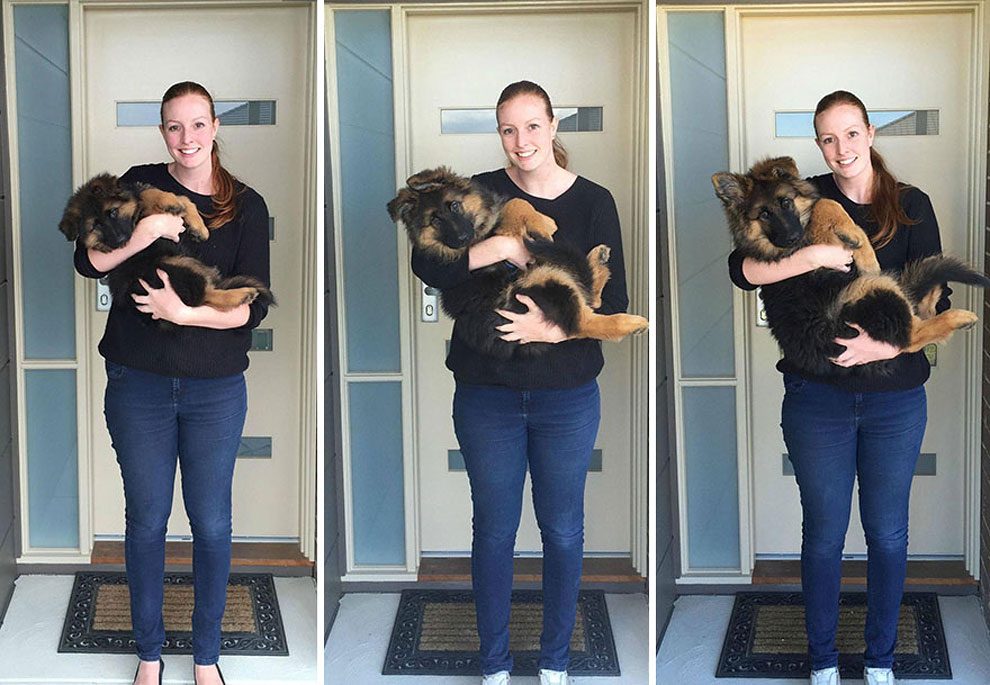 “When she was younger in particular people would stop us in the street and tell us how stunning she is,” the couple told the Daily Mail. They were “always commenting on her size, they’d say ‘Look at those paws, or her head, she’s going to be so big,’ and we’d laugh it off – but yeah, they were right!” 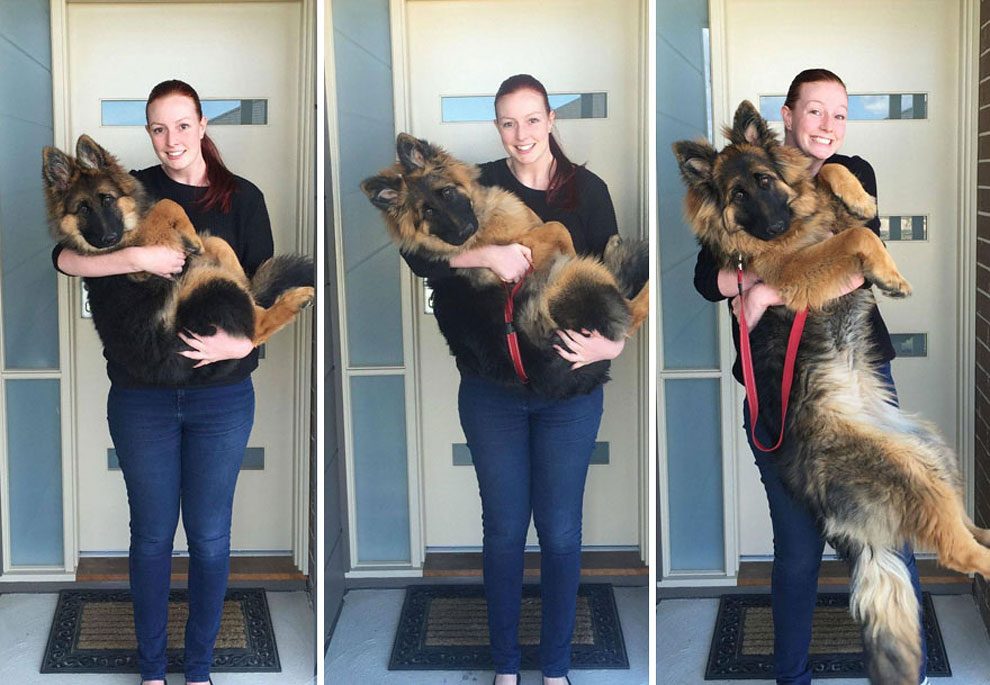 The Wonderful Art Of Missing Pet Posters
Tour Guide Feeds 17 Foot Crocodile
Nimbus, a 2-Month Old Clouded Leopard Cub
Stunning Photos of A Black Panther Playing in The Snowy Woods of Siberia Shared by Owner
Heartbreaking Pics Of Aging Dogs Show Them Grow From Puppyhood To Old Age
The Internet's Most Favorite Animal Captured In Beautiful Portrait Photographs By Felicity Berkleef
Meet Nangua, A Very Rare (And Very Adorable) Bright Orange Baby Monkey
Cat Cafe in Osaka, Japan
This Street Art Duo Show Their Concerns With Planet Earth
Badass Cat Proves He’s The True Owner Of This Supermarket In London
Cats In Christmas Trees Is Our New Instagram Obsession
What The World Looks Like Through The Eyes Of Different Animals
Guy Without A Date Does Epic Photoshoot With His Pug Instead
Libby And Elsa, The Adorable Relationship Between A Toddler And Her Kitty
Cats Fuku-Chan And Daikichi Find Fame Travelling Around The World In A Converted Pushchair
Goran Anastasovski Captured Stunning Photos That Show How Precious Animals Are
Crazy (Cool) Cat Men: Ridiculous Studio Photos Of Men Posing With Their Beloved Cats
Pretty Lovely One-Eared Kitty is Looking for the New Home
Rescued Deer Becomes A Local Celebrity In Norway
Meet Watson, Kiko, And Harry, Three Best Friends Taking Over Instagram With Their Adorable Pics
Britain’s Tallest Dog
A Cat Who Makes Typographic Posters Better Than You
Vintage Images Of People & Their Beloved Volkswagen Buses
This Couple Of Artists Photographs Yoga Poses
couple, documents, grows, months, their