The Artist Who Put Kellyanne Conway In An Andrew Wyeth Painting 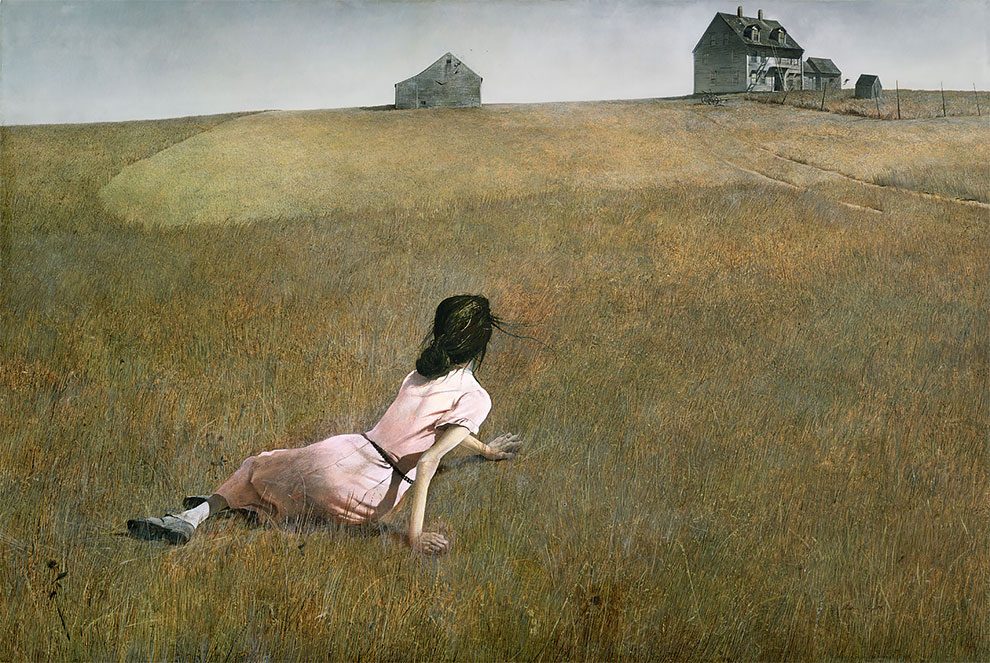 Illustrator and portrait painter Tim O’Brien has a knack for pop culture, often infusing it into artistic visions that simultaneously reveal its strangeness and familiarity. This week, he was inspired by the now infamous image of Kellyanne Conway casually sitting on an Oval Office couch during a February 27 meeting of leaders of historically black colleges. What he decided to do was create one of the best contributions to a viral meme. Above: Andrew Wyeth’s “Christina’s World” (1948), from the Museum of Modern Art’s collection.

The Brooklyn-based artist inserted Conway into Andrew Wyeth’s “Christina’s World” (1948), one of the most popular US paintings of the mid-20th century. 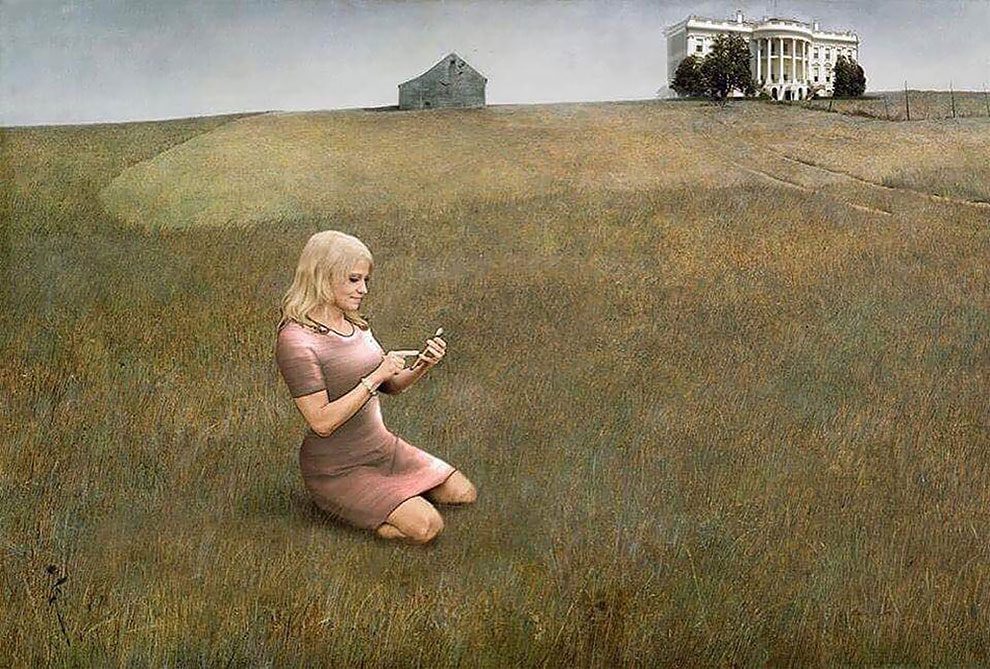 Drone Distortions: Manipulated Landscapes Warp And Bend Upon Themselves
Colorful Makeup Masterpieces Inspired By Japanese Pop Art
The Superb Provocative Digital Art By Doping-Pong
France, Often Late To U.S. Culture, Had A Great Reaction To Getting "Game Of Thrones" On Time
Artist Imagines Spilled Coffee As Monsters
This Artist Turns Pieces Of Classical Art Into Hyperrealistic Portraits
This Guy Used AI To Colorize Hollywood Stars Of The Golden Age And Here's What He Got In Only A Few Seconds
Deaf People Show How To Swear In Sign Language, And It’s Shamefully Entertaining
Russian Artist Has Left His Mark In The Most Unexpected Places Across The Country And Beyond Its Borders
Female Artists Are Being Completely Removed From Their Own Album Covers In Iran
Book Of Shadows: 2D Shape Cutouts Cast Silhouettes On Pages
Appreciate What You Have And Stop Comparing Yourself To Others
The Monster Engine: Children’s Drawings Painted Realistically
Artist Uses Bronze To Pull Boulders Apart
"Time Fragments": Constructivism in Graphic Design and Illustrations by Vladimir Hadzic
Turkish Artist Hüseyin Şahin Creates Stunning Imaginative And Dreamlike Photo Manipulations
This Artist Remakes The Packaging Of Well-Known Grocery Items In A Satirical And Funny Manner
Hong-Kong Artist Chuchu Creates Outrageously Gorgeous Sculptural Hats
Mulberry's Advertising Campaign, Fall 2012
Artist Tries To Paint The Life Inside The Stone
Sensual Paintings Created With Liquid Resin By Jessica Dunegan
Alphabetical Poster
Surreal And Slightly Morbid Illustrations By Virginia Mori
A Couple that Recreated Scenes from "101 Dalmatians"
andrew, artist, conway, kellyanne, painting, wyeth