Pixel artist, illustrator and videographer APO depicts worlds both familiar and strange in his pixel artworks. Influenced by works like Blade Runner and Ghibli movies he watched in his youth, APO’s subjects range from realistic urban landscapes and beautiful natural scenery, to cyberpunk and science-fiction vignettes.

His GIF animations often feature a lone female character, sometimes two characters in his more recent work, caught in moments of contemplation. There’s a sense of loneliness at times, but the characters often seem at ease in their environments. APO+ is capable of capturing serene moments just as adeptly as he can create incredibly dynamic action scenes. 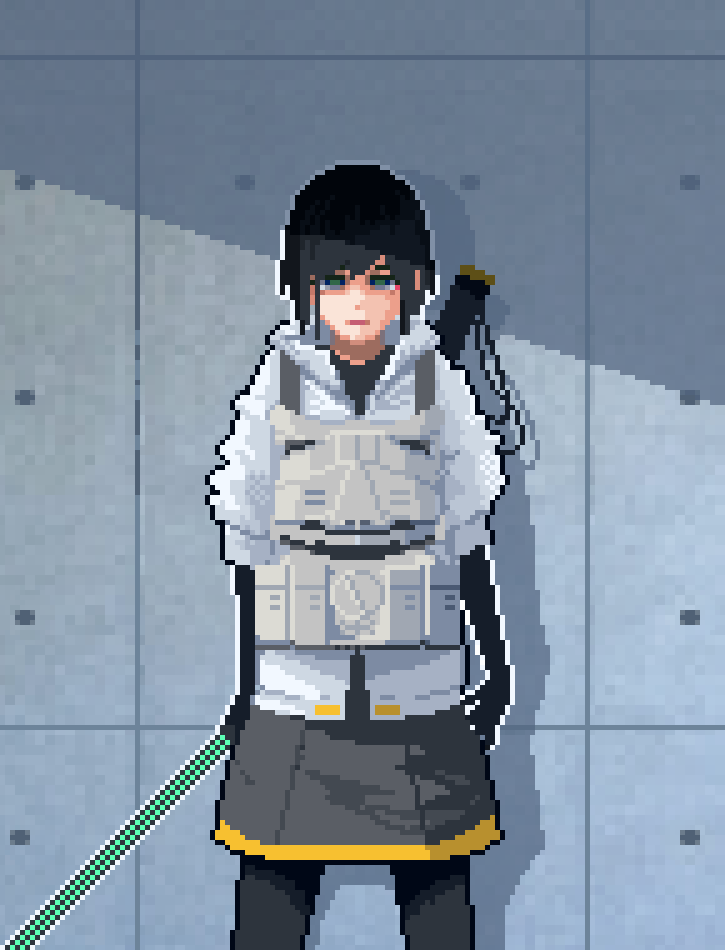 Many of his works are part of a common world setting. For example, his “Future Lantern” series is set in a future where alien invaders halfway between organic and machine threaten humanity. Only girls with a very rare gene are capable of damaging them, so an organization recruits them, trains them and sends them to do battle against the alien threat.

APO+ was awarded the GIFs2018 Award of Excellence prize for his sci-fi animated GIF “SPHD” (see below). He has also collaborated with companies such as sake maker Takara Shuzo Co., Ltd. and financial service Sumitomo Mitsui Card Co., Ltd. on original art. 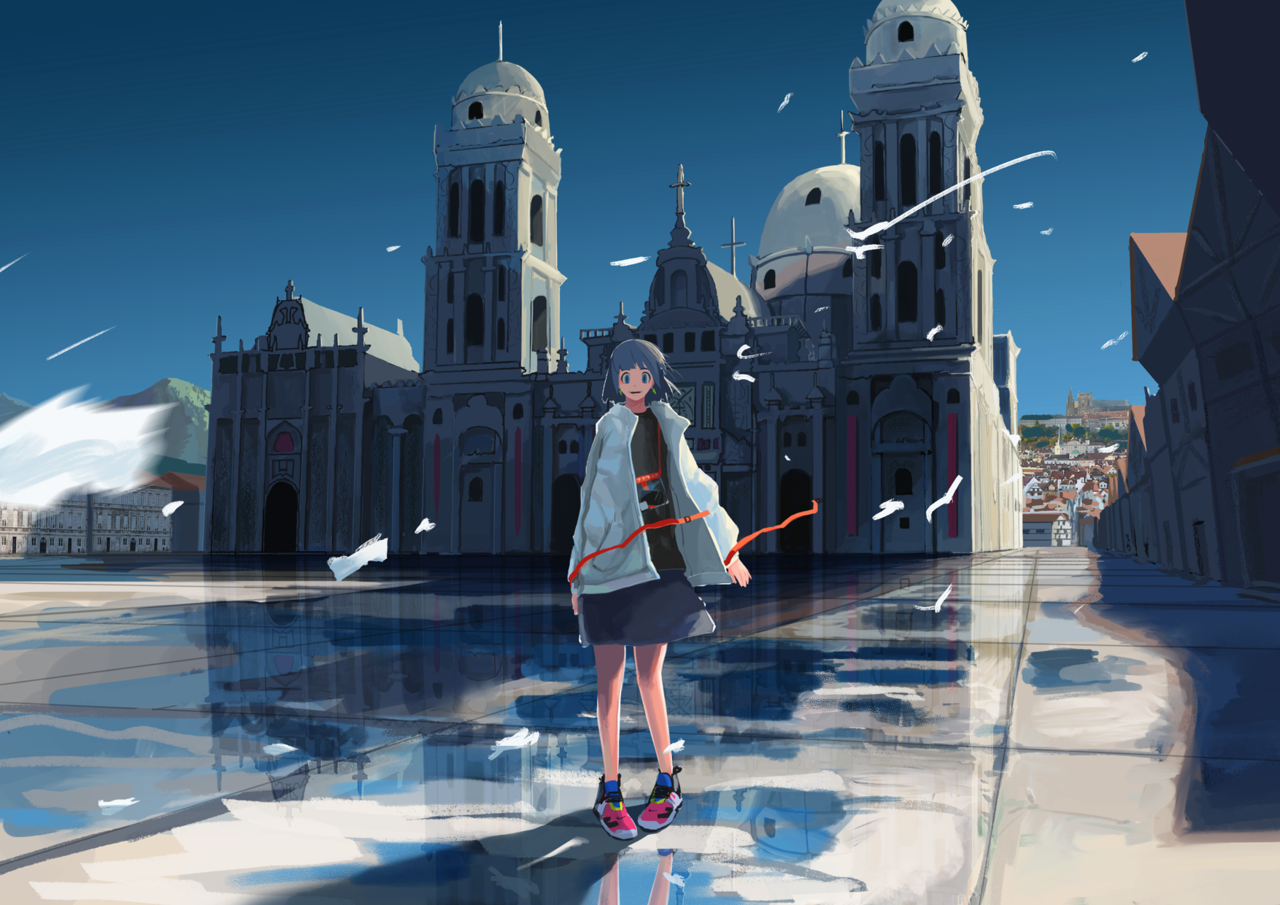 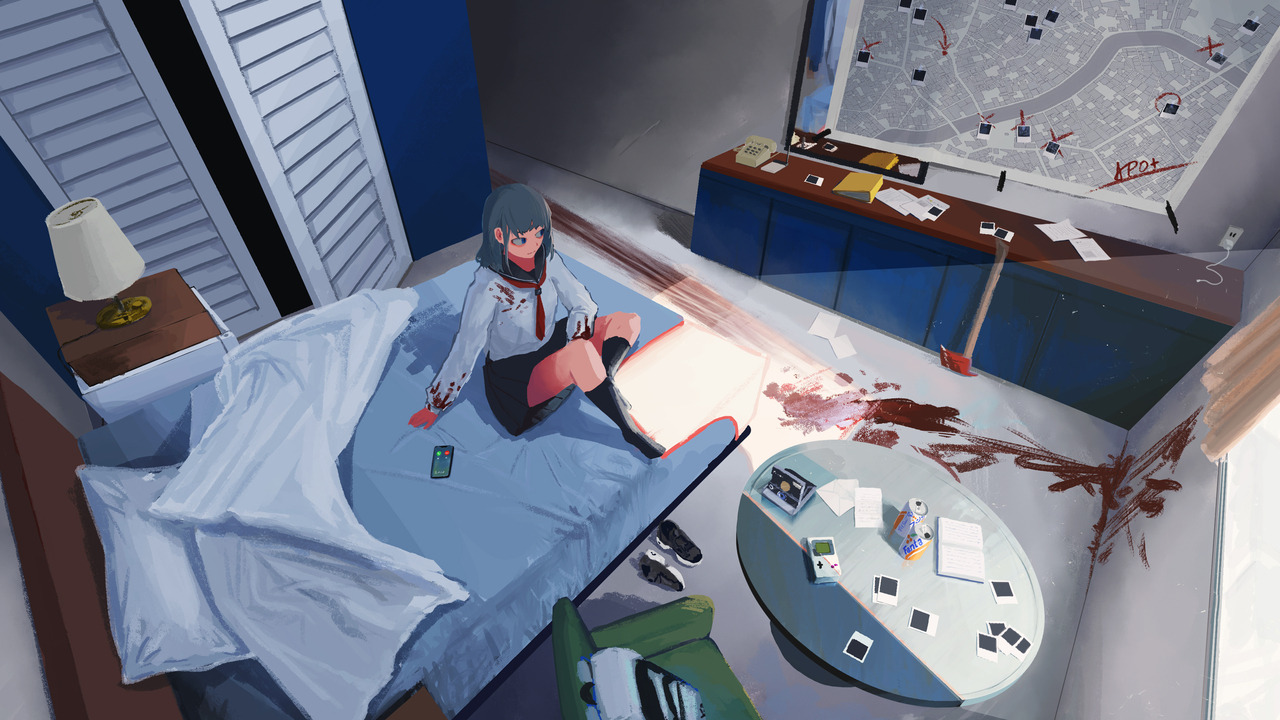 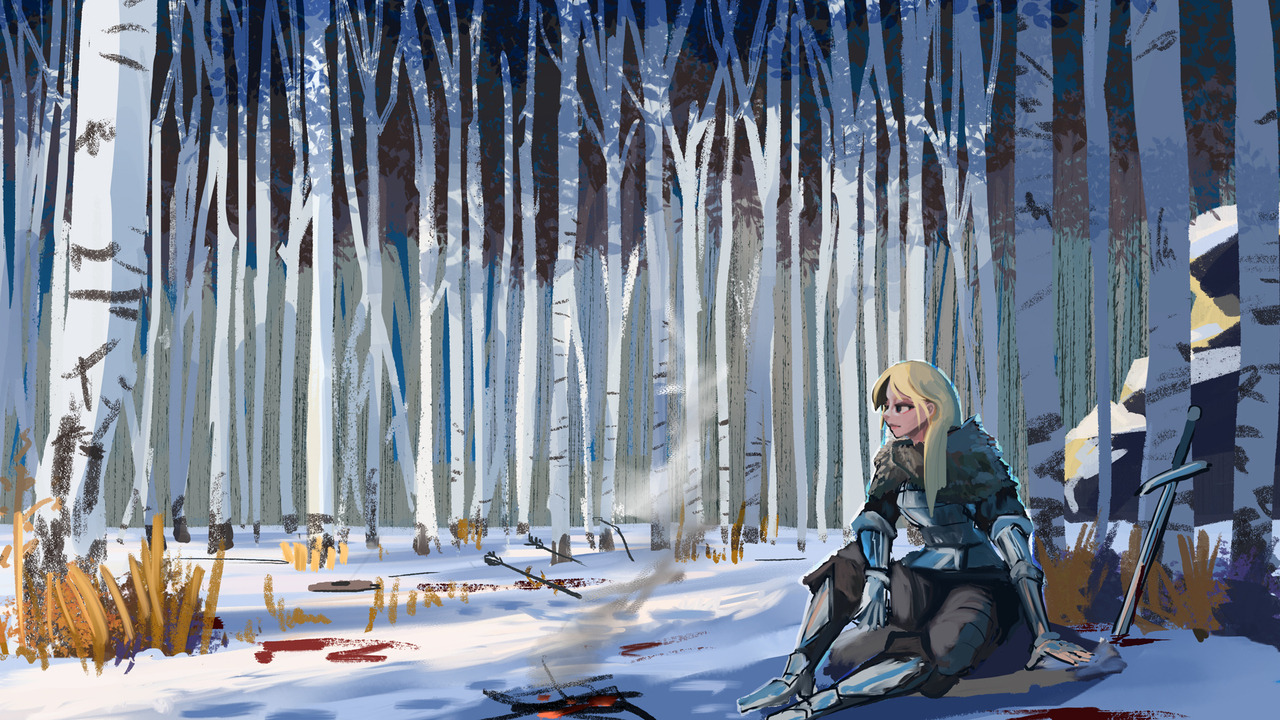 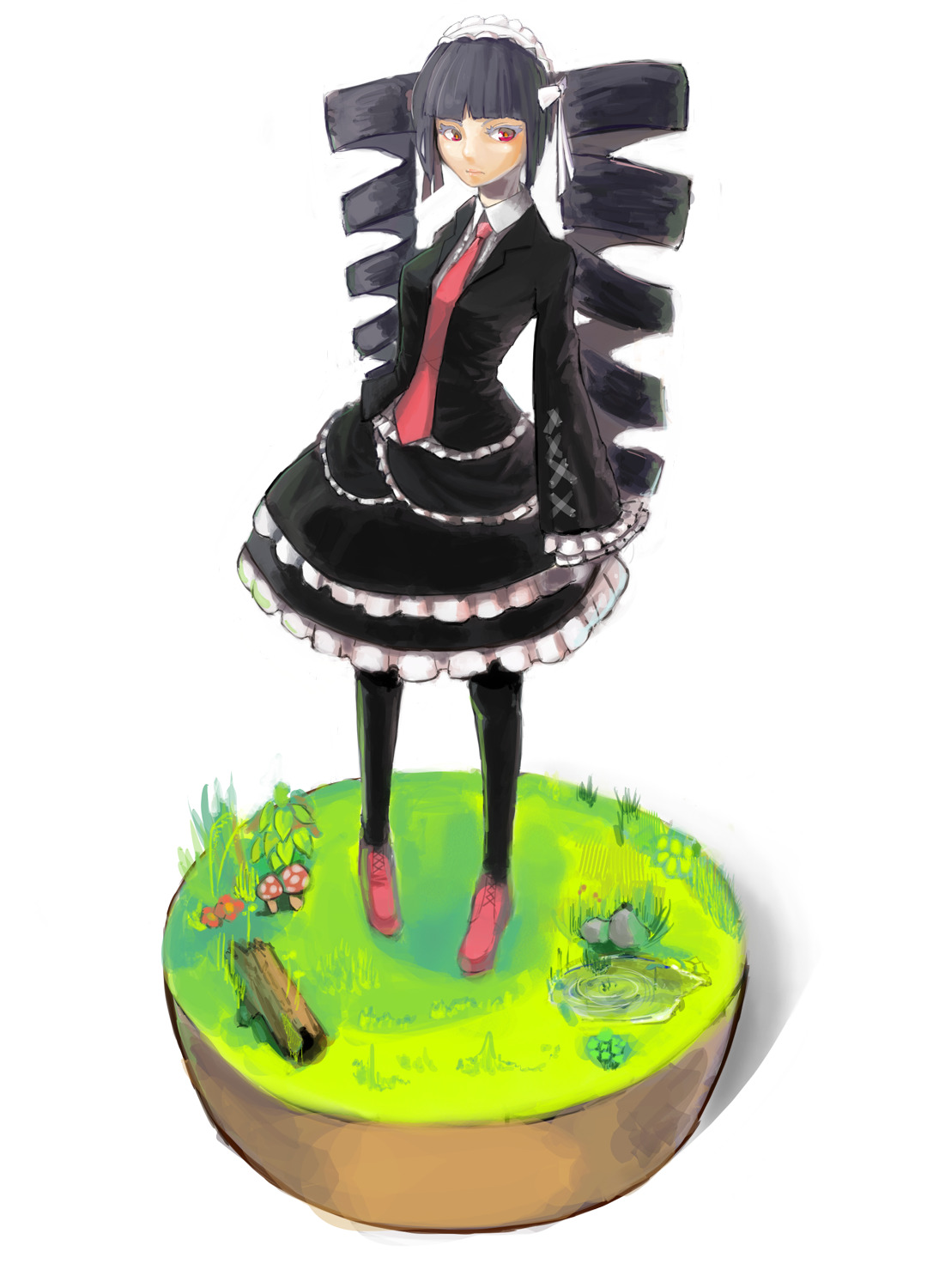 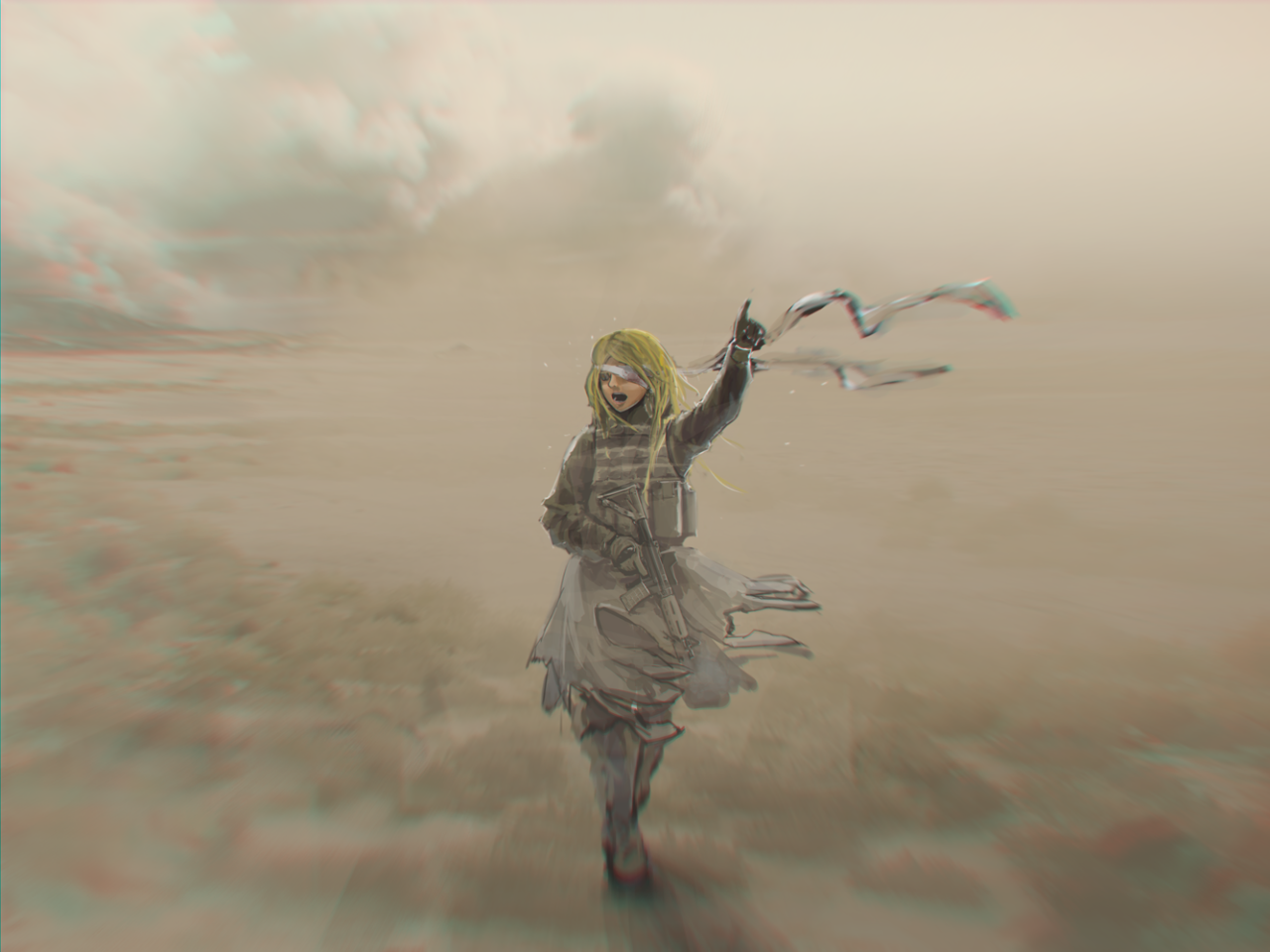 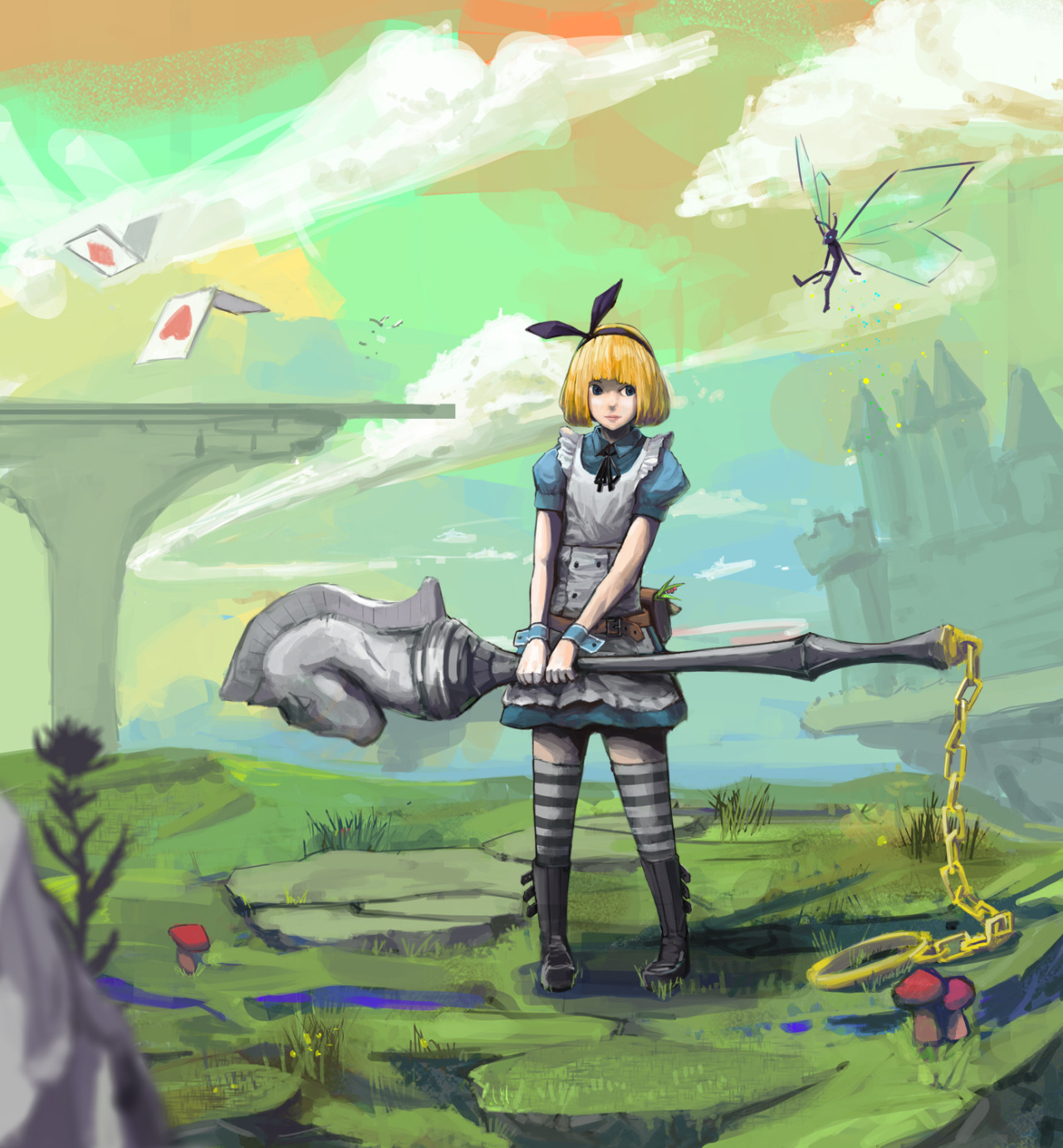 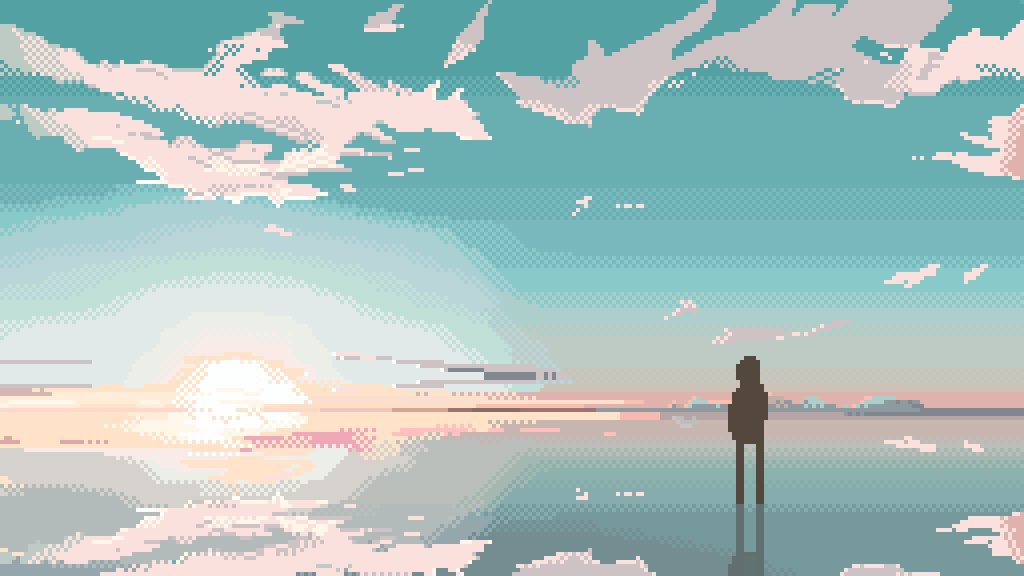 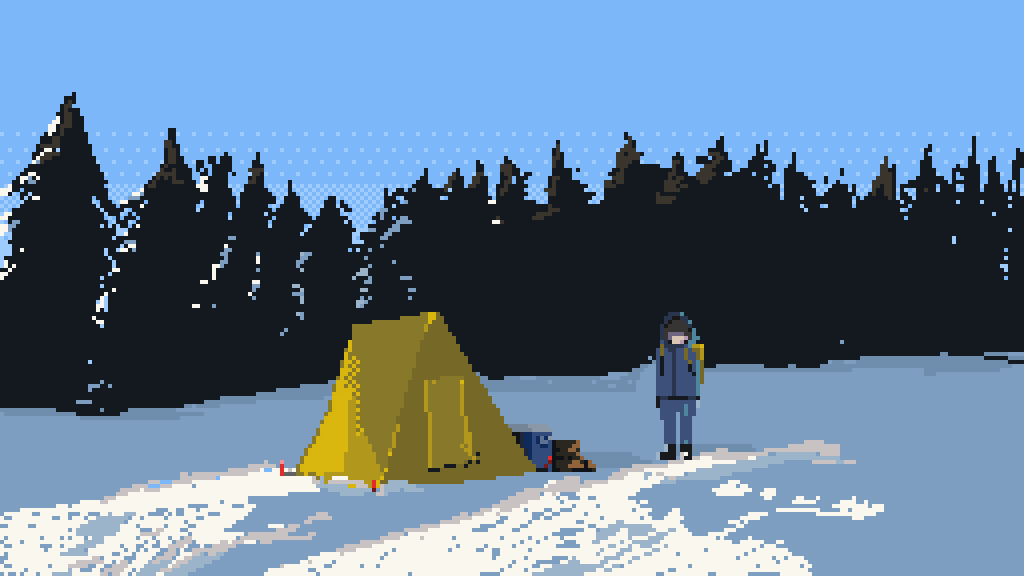 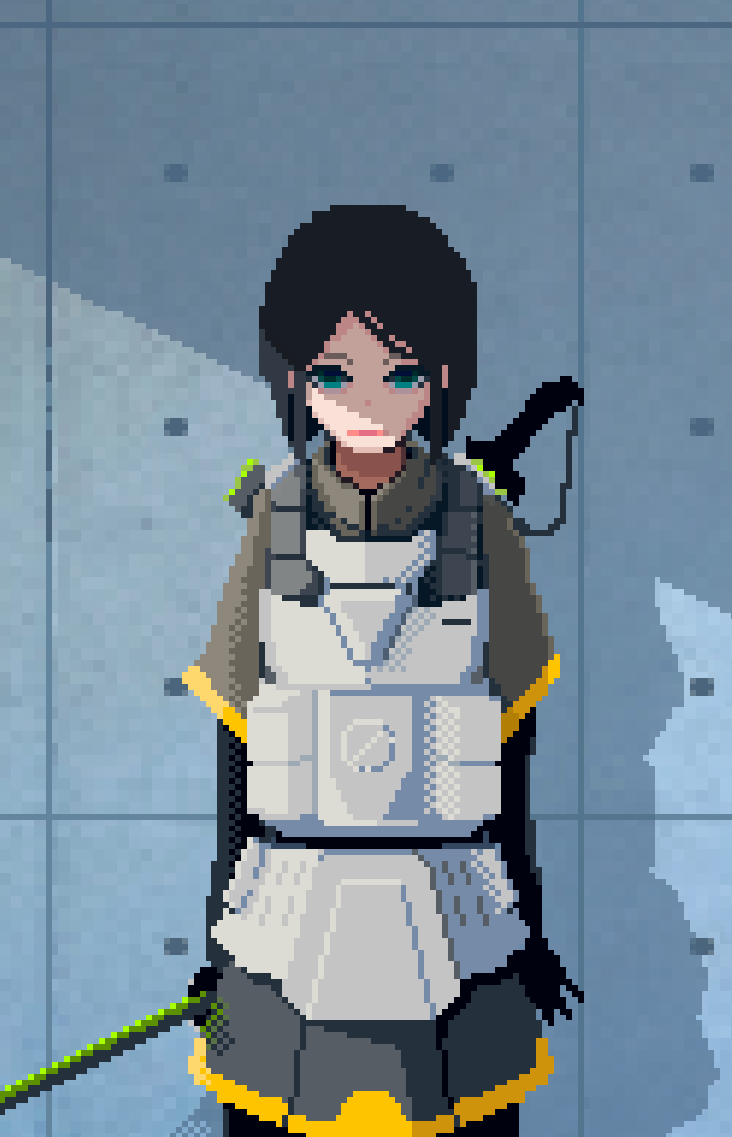 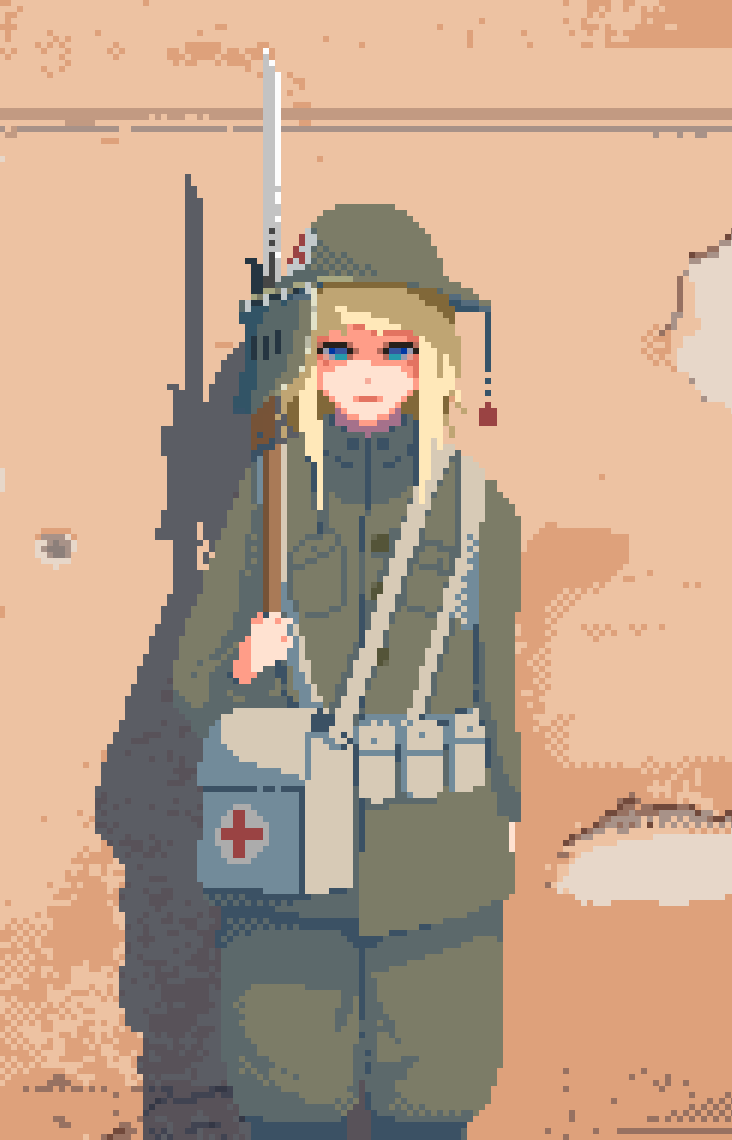 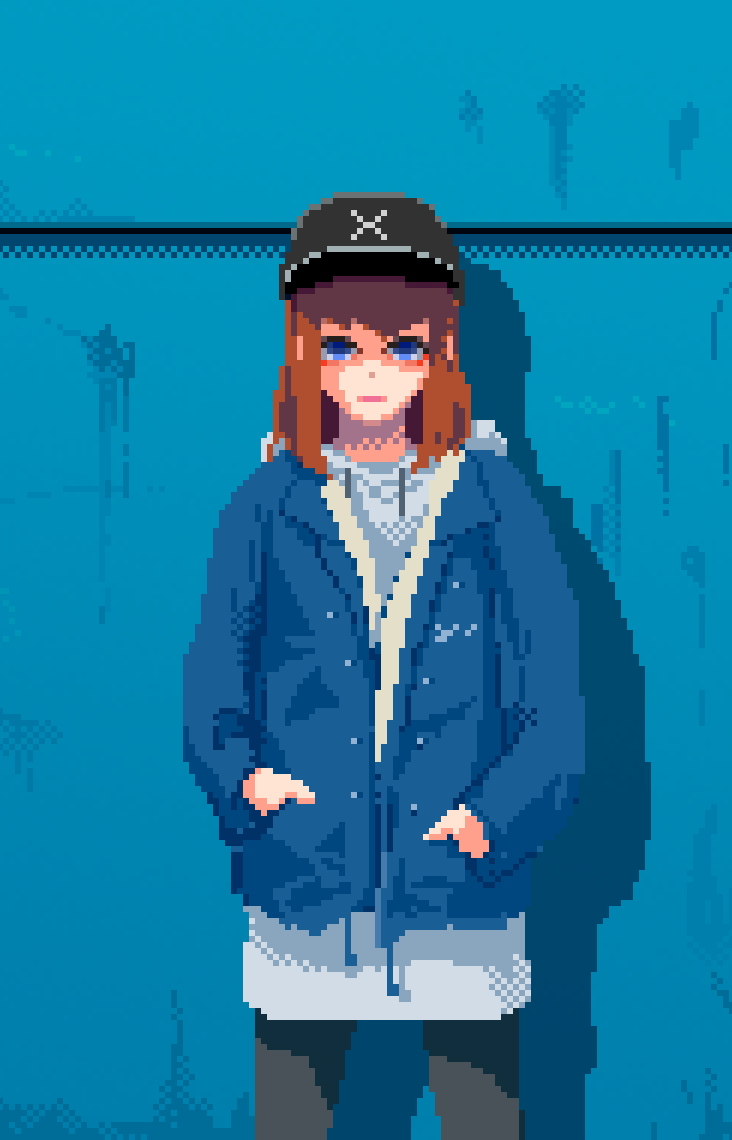 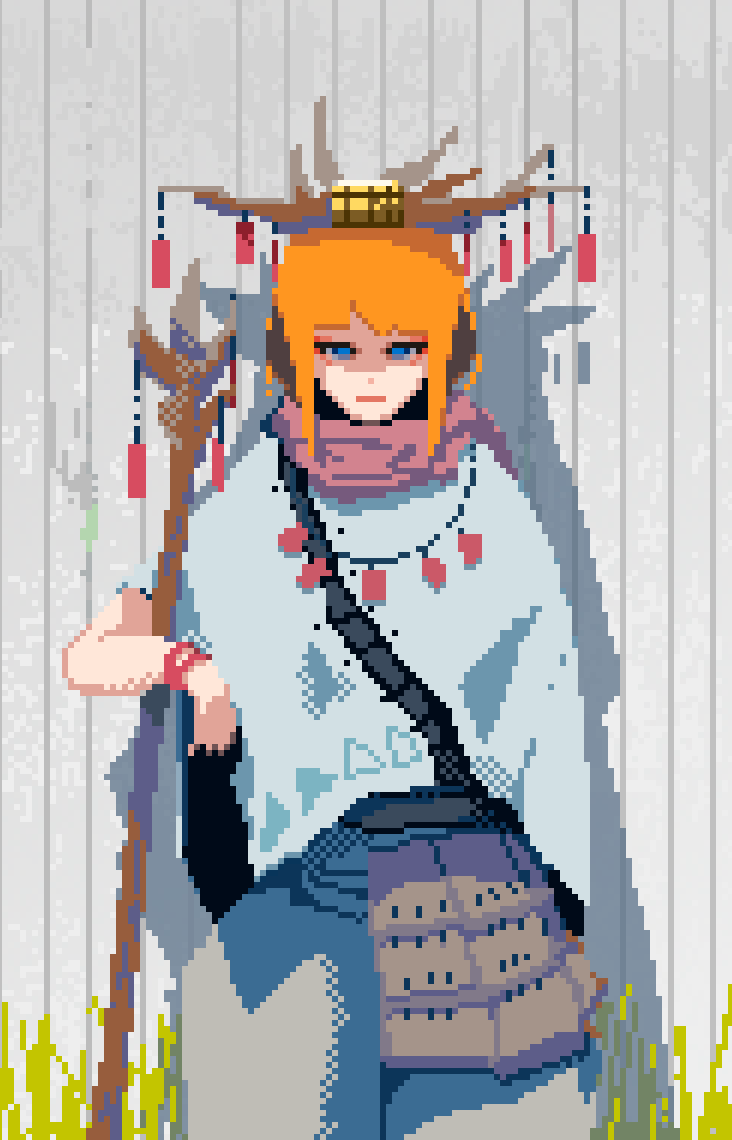 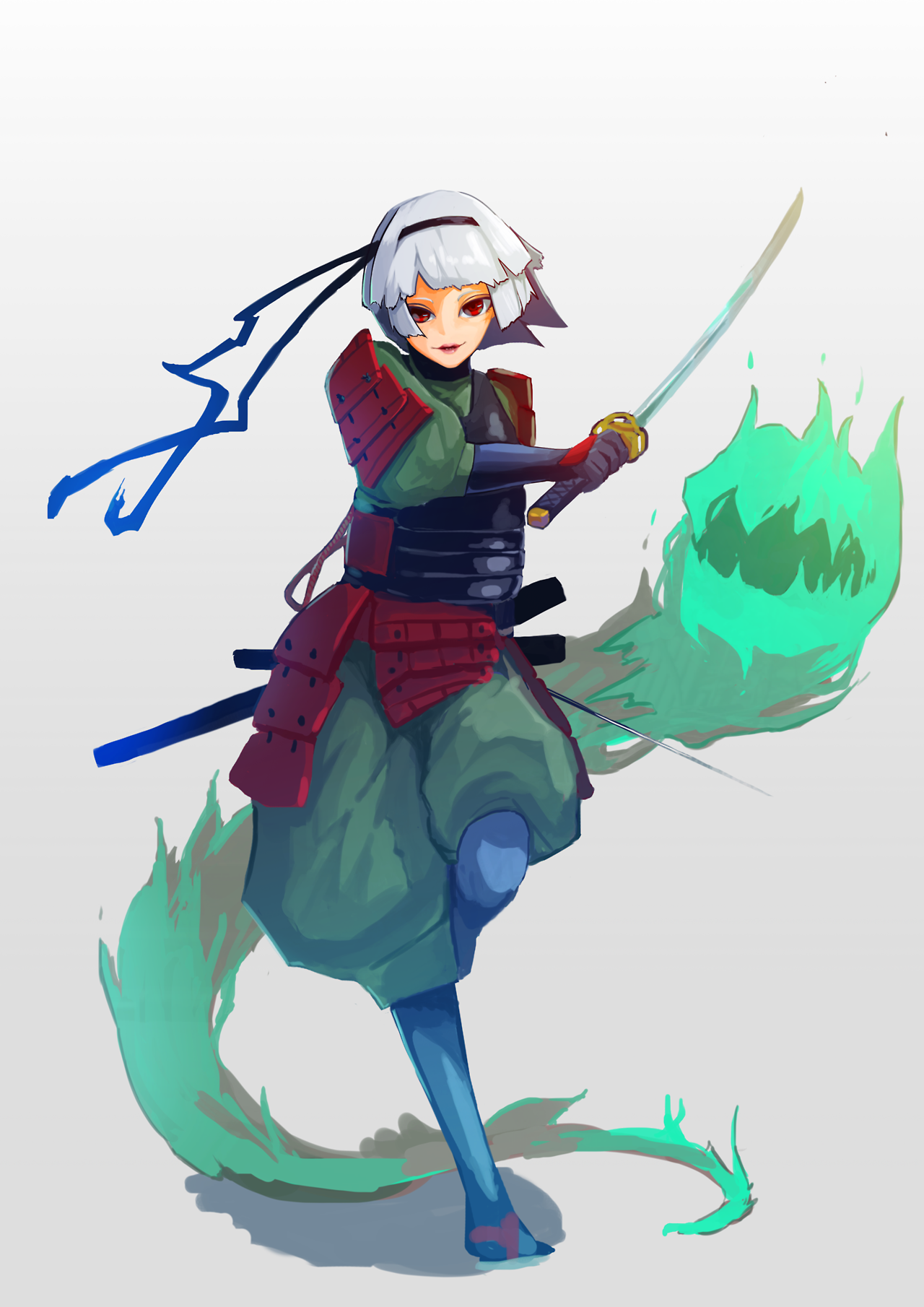 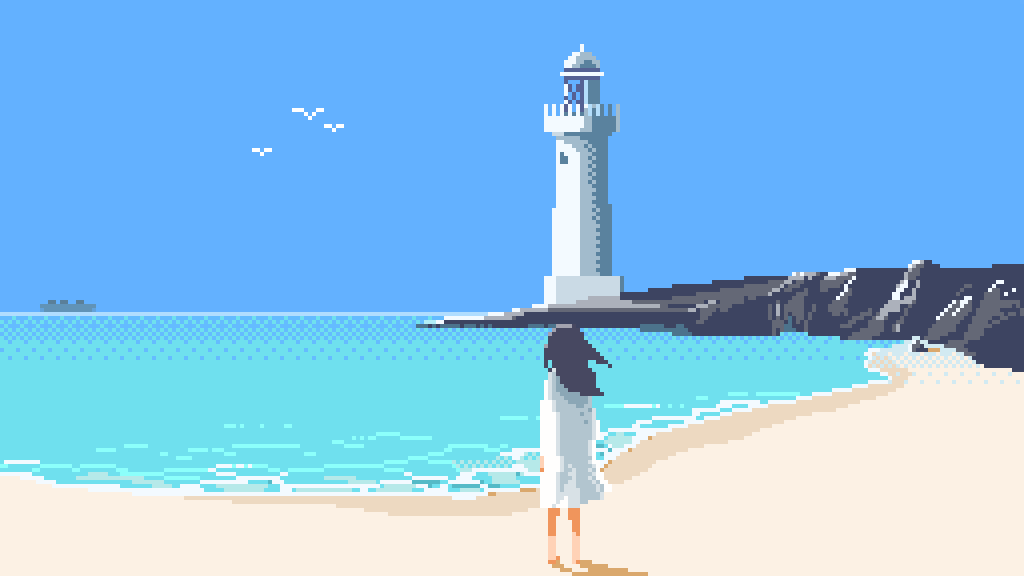 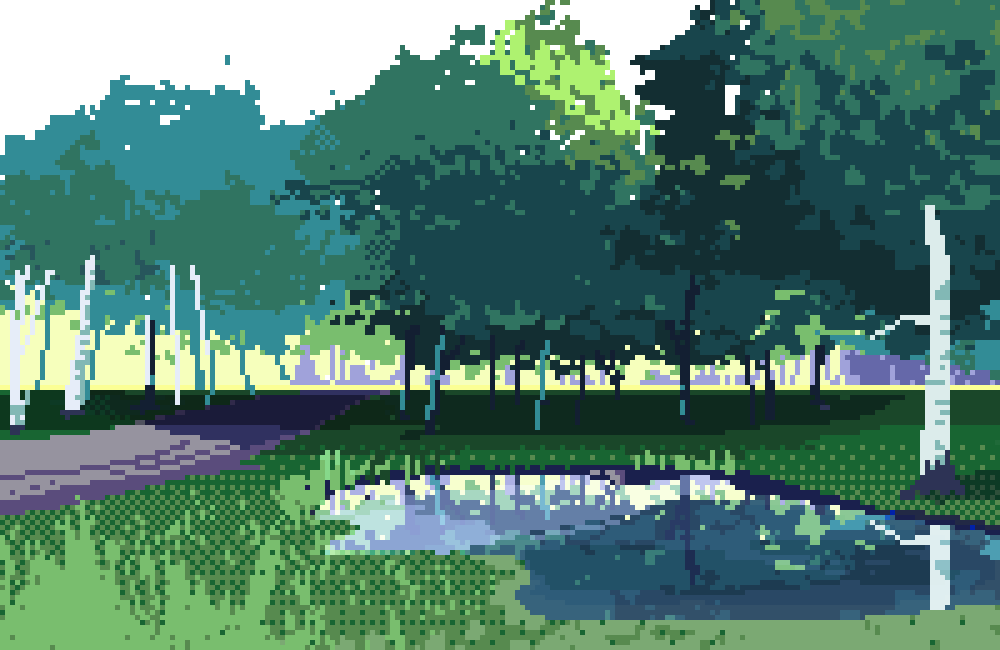 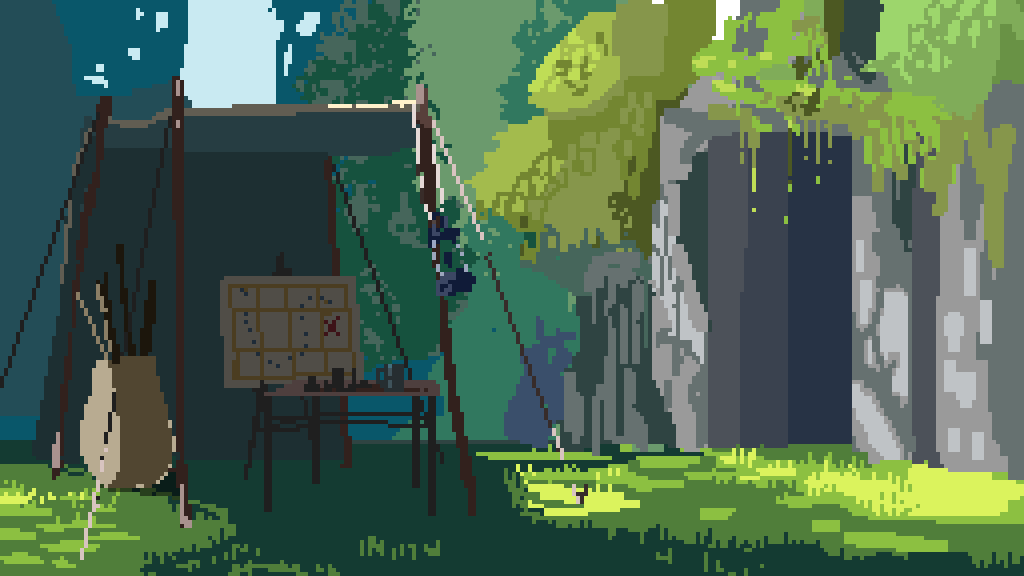 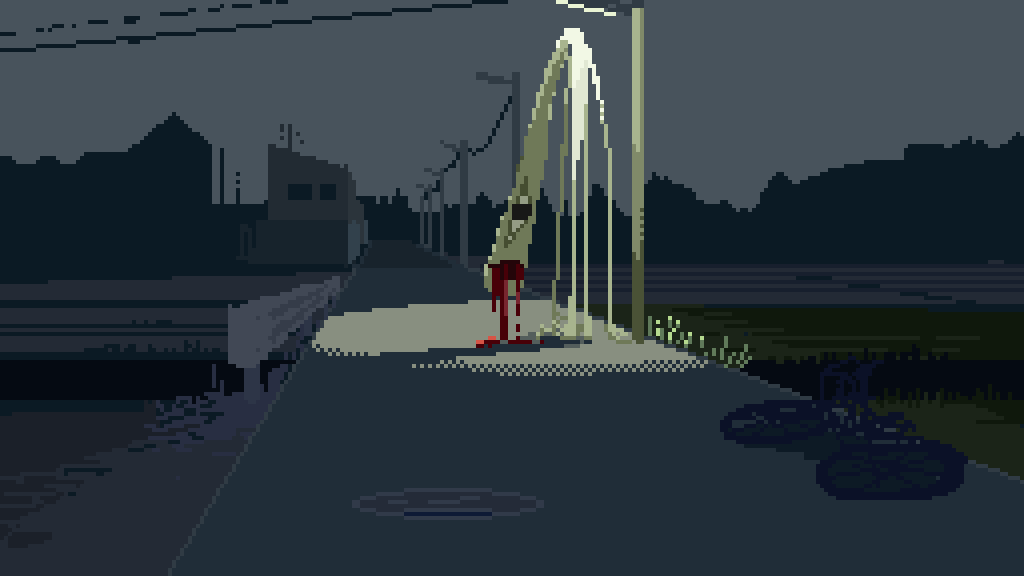 Polish Artist Illustrates His Fight Against Depression In Mysterious Dark And Surreal Paintings
Disney’s Bastards – The Provocative Paintings By Gilen Bousquet
By The Danger In Her Eyes: The Hauntingly Beautiful Portraits By Elena Sai
Russian Artist Has Left His Mark In The Most Unexpected Places Across The Country And Beyond Its Borders
"Back To The Future Past": The Superb Digital Art Collages of Dario Darius
These Amazing Drawings Appear To Jump Out Of The Page
Dad Published A Book With All The Funny Stuff His Kid Has Ever Said
Until We Meet Again: Dreamy And Surreal Paintings Of Robert Dowling Jr
Tenface Hotel Condoms
Minions Taking Over Famous Places All Around The World
"Secretary Wanted.... Must be Flexible"
"See The Extraordinary And Make It Still More Extraordinary": Contemporary Art Paintings By Stanislav Plutenko
"Nothing Is True, Everything Is Permitted": Impressive Assassin's Creed Concept Art By Martin Deschambault
Meet Batgirl, The Daredevil Teen Who 'Flies' On The Tops Of Trains During Moscow's Rush-Hour
Insane Papercuts by Yoo Hyun
Chinese Artist Paints Rock And Roll Stars As Deities In “Revels Of The Rock Gods”
Detailed Animal Portraits Meticulously Painted Onto Delicate Feathers
Gisele Bundchen in New Inspiring Photo Session
Amazing Make-Up Artist Creates Super-Cute Pictures On A Unique Canvas - Her Eyes
Neon Dystopia: The Superb Cyberpunk Digital Art By Jonathan Plesel
This Man Photoshops Himself Into Series Of Hilarious Scenarios With Celebrities
People In Berlin Came Up With A Creative Way To Fight Swastikas
Some Of Hollywood’s Most Beautiful Women Have Been Given A Shocking Bloody Make-Over To Highlight Domestic Violence
Stunning Figurative Oil Paintings by American Artist Malcolm Liepke
animations, anime, apo, cyberpunk, gif, japan, pixelart