From Mothers and Brothers to Imagined Lives Both Past and Future, This Year’s Edition of The 2020 Photo Vogue Festival Explores the Theme ‘All in This Together’ – Design You Trust
≡
d
Photo
Architecture
Inspirations
Design
Tech
Animals
Travel
Hosting
Facebook
Photography

From Mothers and Brothers to Imagined Lives Both Past and Future, This Year’s Edition of The 2020 Photo Vogue Festival Explores the Theme ‘All in This Together’

Julia Fullerton-Batten: Zewdi, Yabsra and Ehiopia, Lockdown Day 57, from the series Looking Out From Within 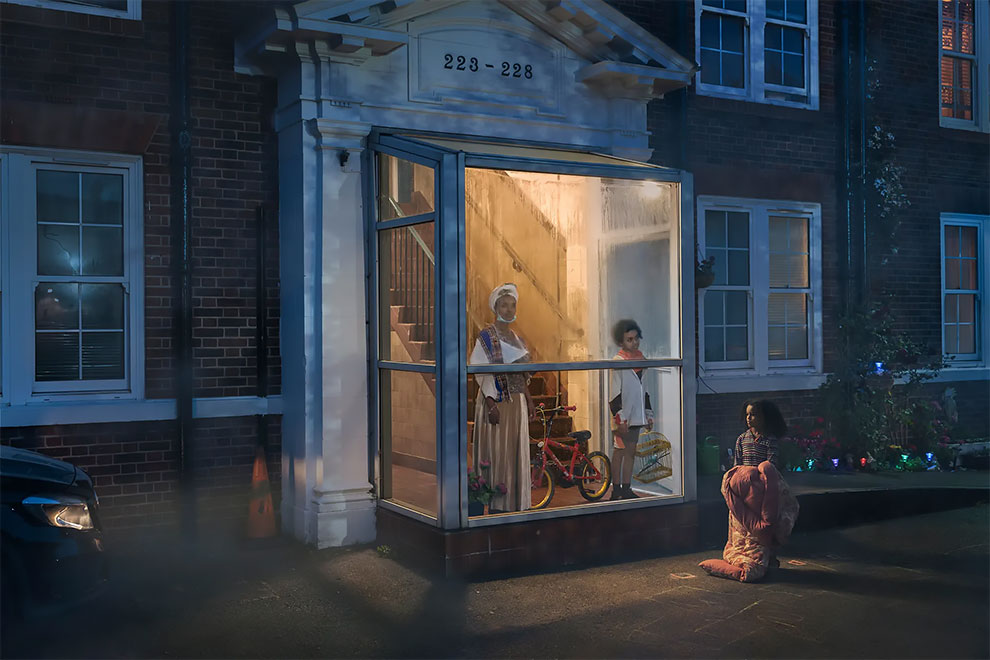 Fullerton-Batten says: “It is a sensitive time, we all feel vulnerable and anxious. I chose to capture people in their lockdown isolation, effectively imprisoned behind the windows of their homes, looking out on to a different, desolate world.” 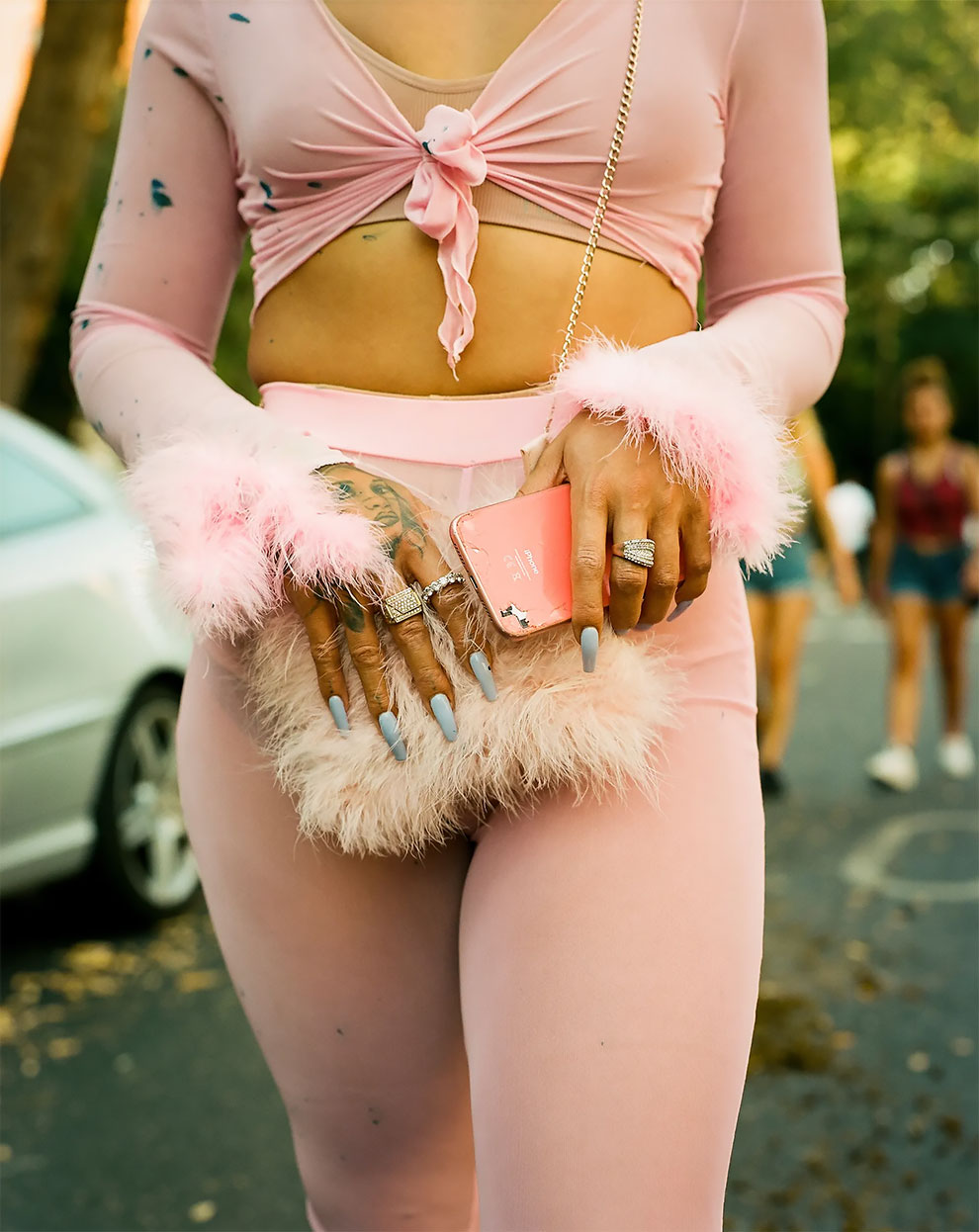 Zoo approached image-making during the London carnival weekend from a fresh perspective: looking for ‘moments of intimacy’ within the commotion of this much-loved cultural event. 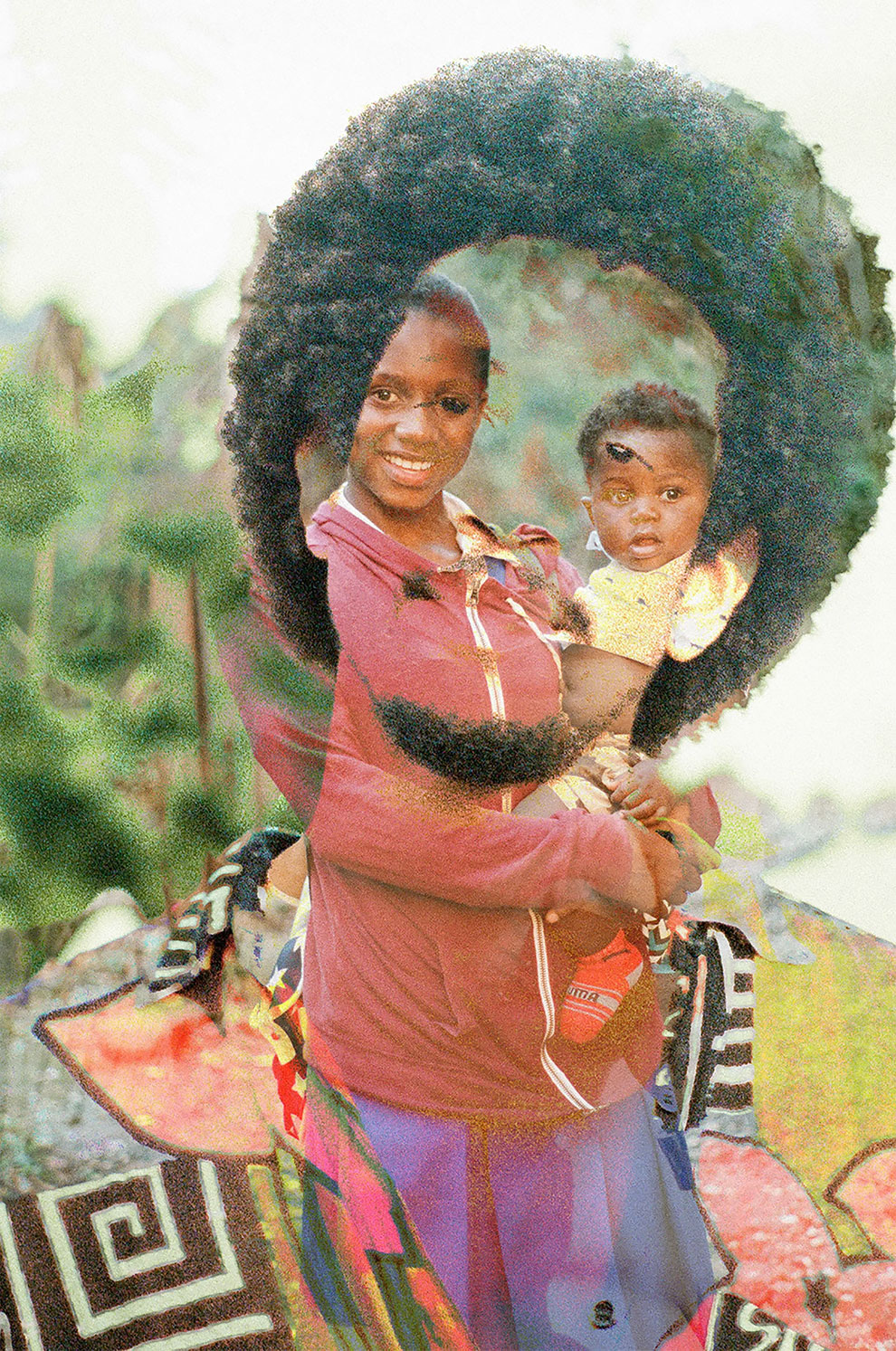 Pinkerton is a London-based photographer and film-maker born and raised in Kingston, Jamaica.Her works are inspired by Caribbean culture, social commentary and sociopolitical context.

András Ladocsi: Lili on the Floor 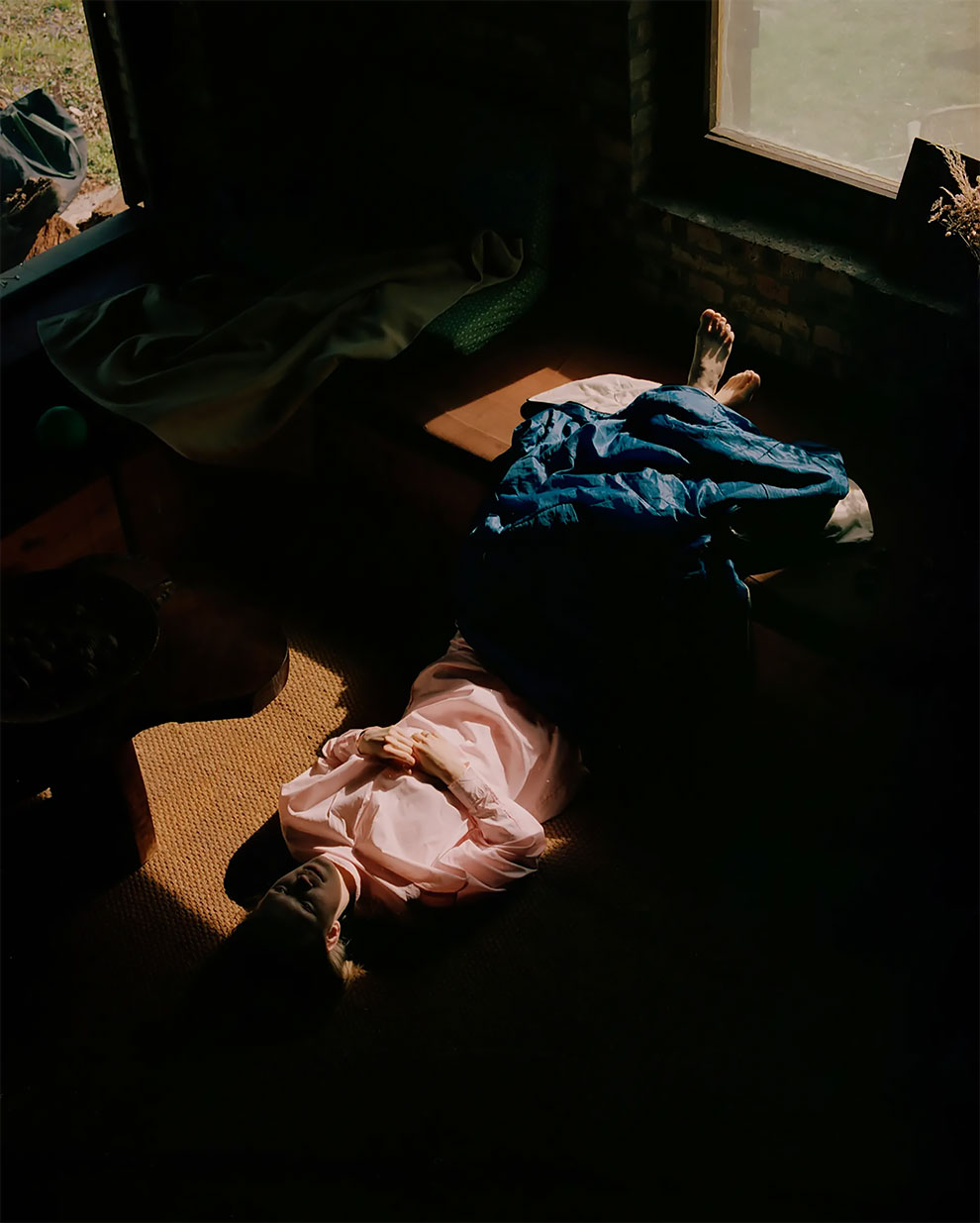 The Hungarian-born photographer’s work buzzes with human connection. Using analogue techniques, Ladocsi engages with light and forms of the body. The resulting images are tactile, sensorial and sensual. 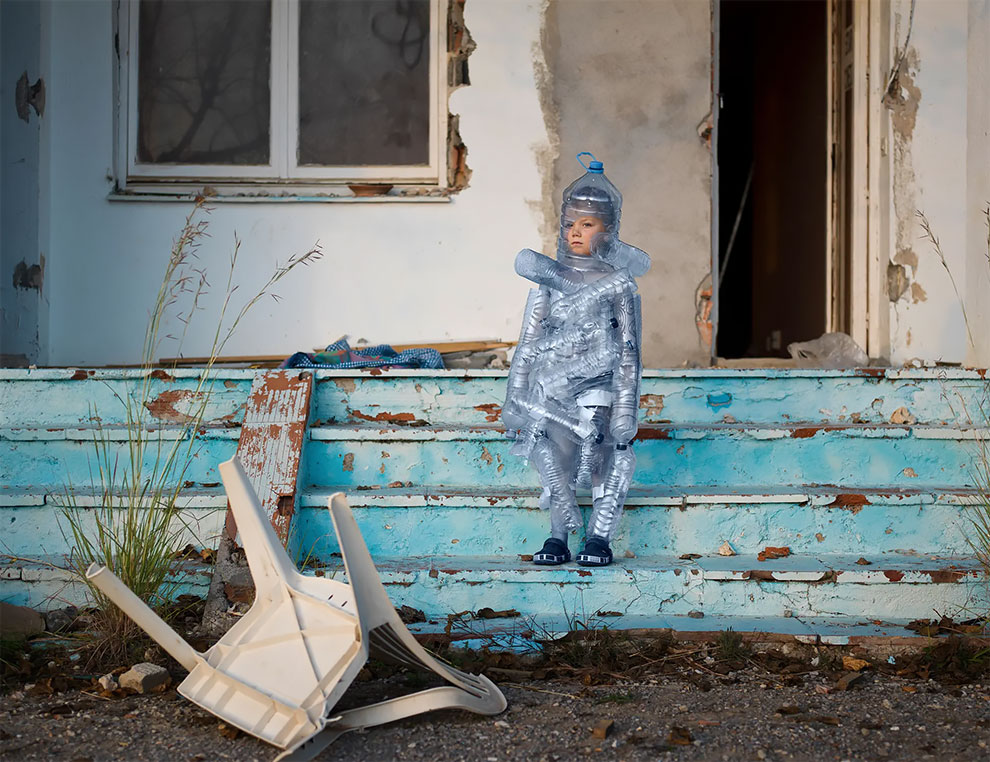 New Ghosts portrays the relationship between a father and daughter. The images reflect questions of identity, adulthood and childhood, life and death. The ghost photographic study by the Sinikoskis will be published in its entirety in the year 2058.

Anu Kumar: From the series Ghar 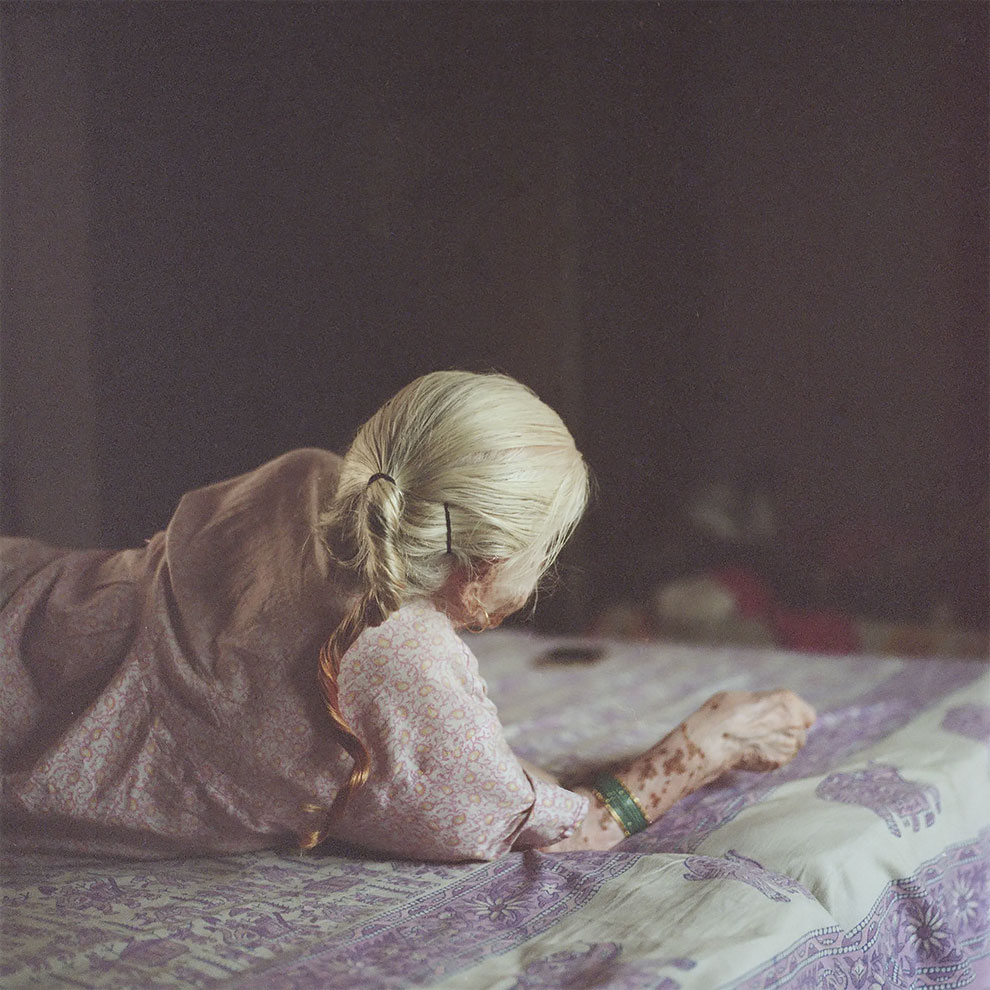 Kumar says: “Soon after I was born in Delhi, in 1990, my family emigrated to Melbourne, Australia. Our annual trips to India felt like a burden. It was only when I was 19 and returned alone as an adult that I began to see things differently. Four years ago I started taking pictures in the streets surrounding our family home in Kavi Nagar, Ghaziabad, Uttar Pradesh. Taking pictures had become my ticket into a world left behind: a way to explore the life I could have had if we had never left 25 years ago.” 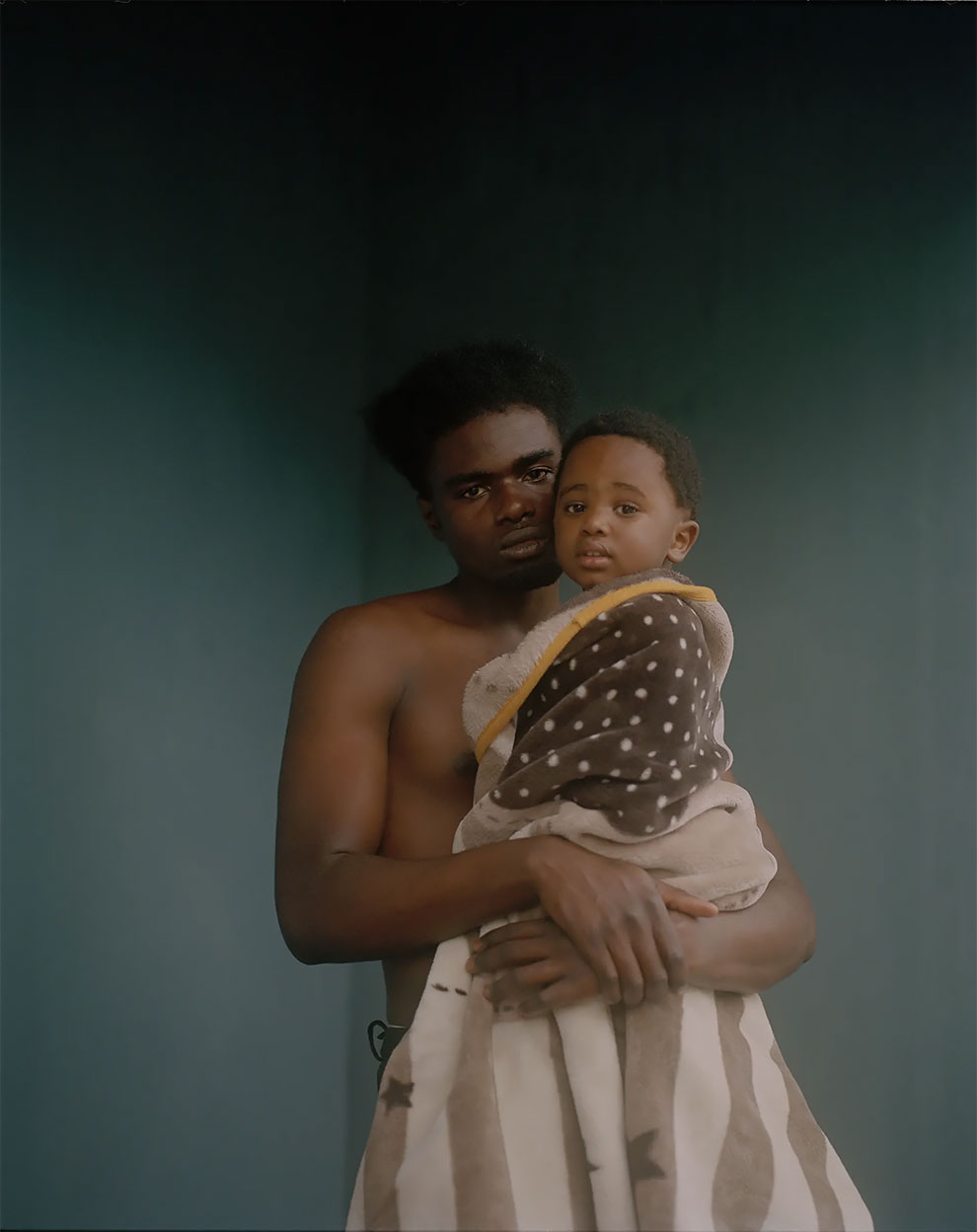 South African photographer and film-maker Christian identifies as a son of the soil, visual artist and an activist. Ma Se Kinders pays tribute to the Hangberg community of Hout Bay, a seaside suburb of Cape Town. The project illustrates community challenges, such as gang culture and drugs. Under apartheid, Hangberg saw the mass removal of non-white people from their homes, which resulted in poverty and unemployment. 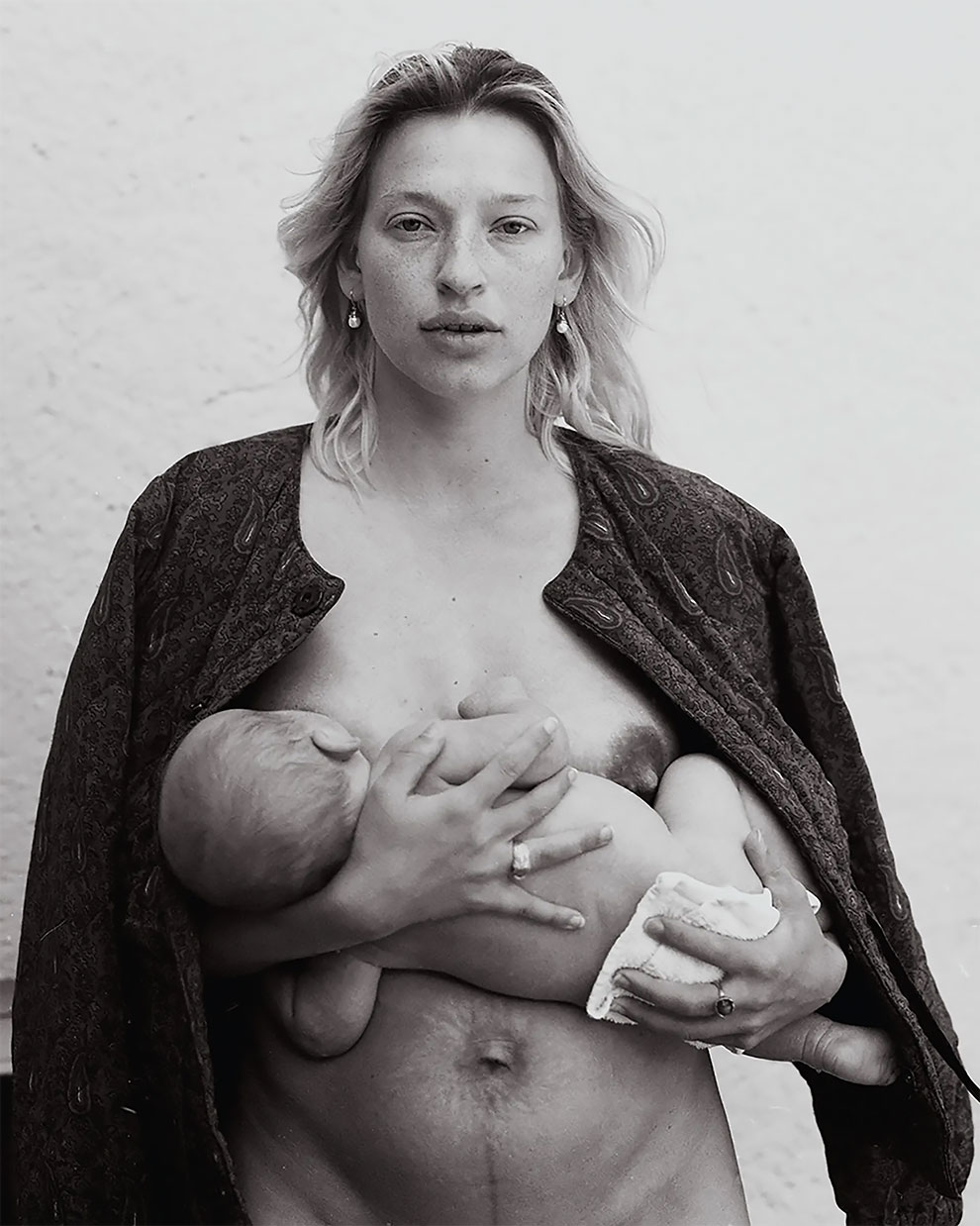 Hartvig photographs herself with her children, and other women with theirs. But her concept expands beyond the traditional mother-child relationship to comprise intimacy, sensuality, nature, strength and hope. 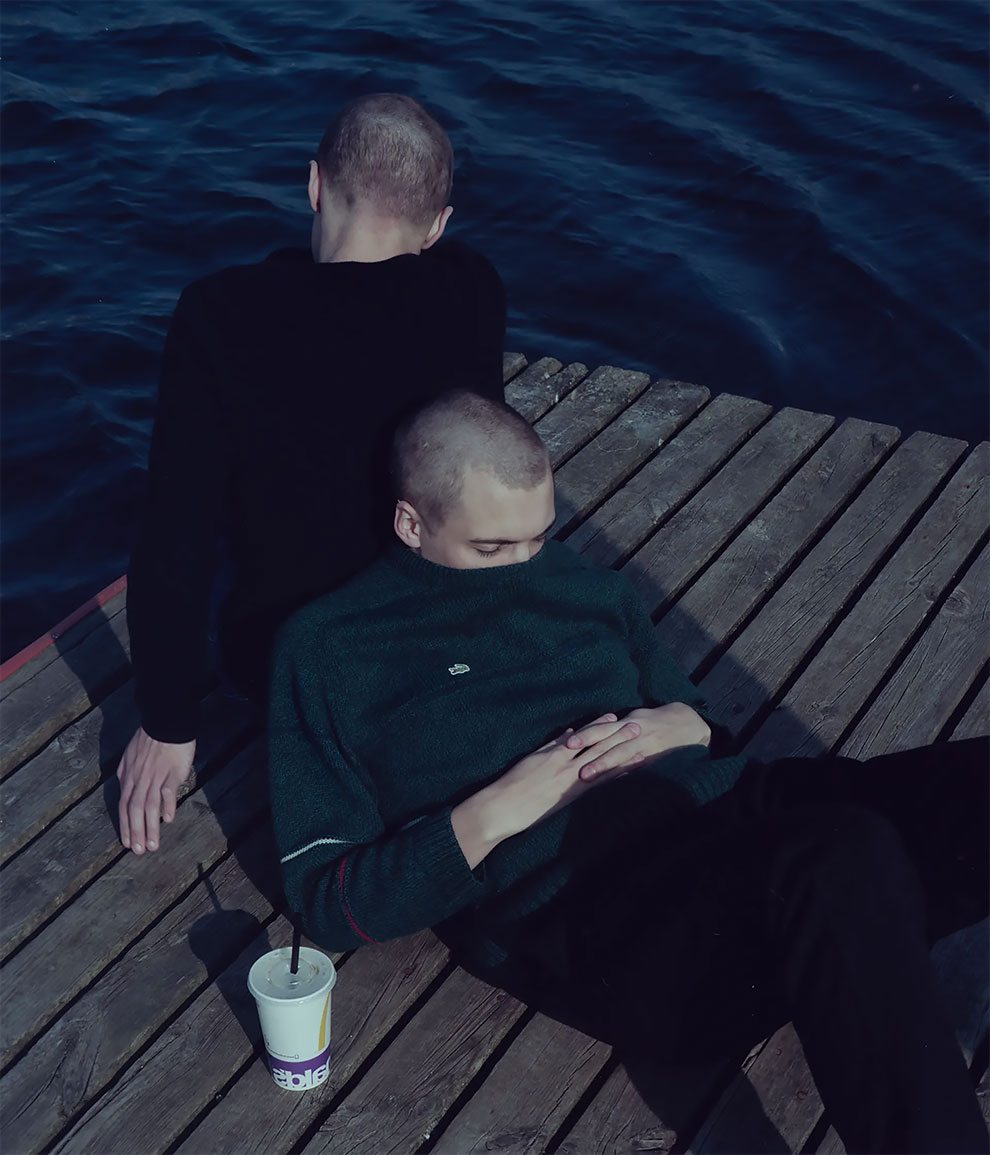 This French/Danish photographer is based in Copenhagen. Her work documents stories of displacement. She returned home from Mexico when her assignments there were cancelled due to the Covid-19 pandemic. Her focus quickly shifted to shooting her brothers, a rare opportunity that life at its normal pace would never have granted her.

Jasmine Clarke: Marissa from the series Shadow of the Palm 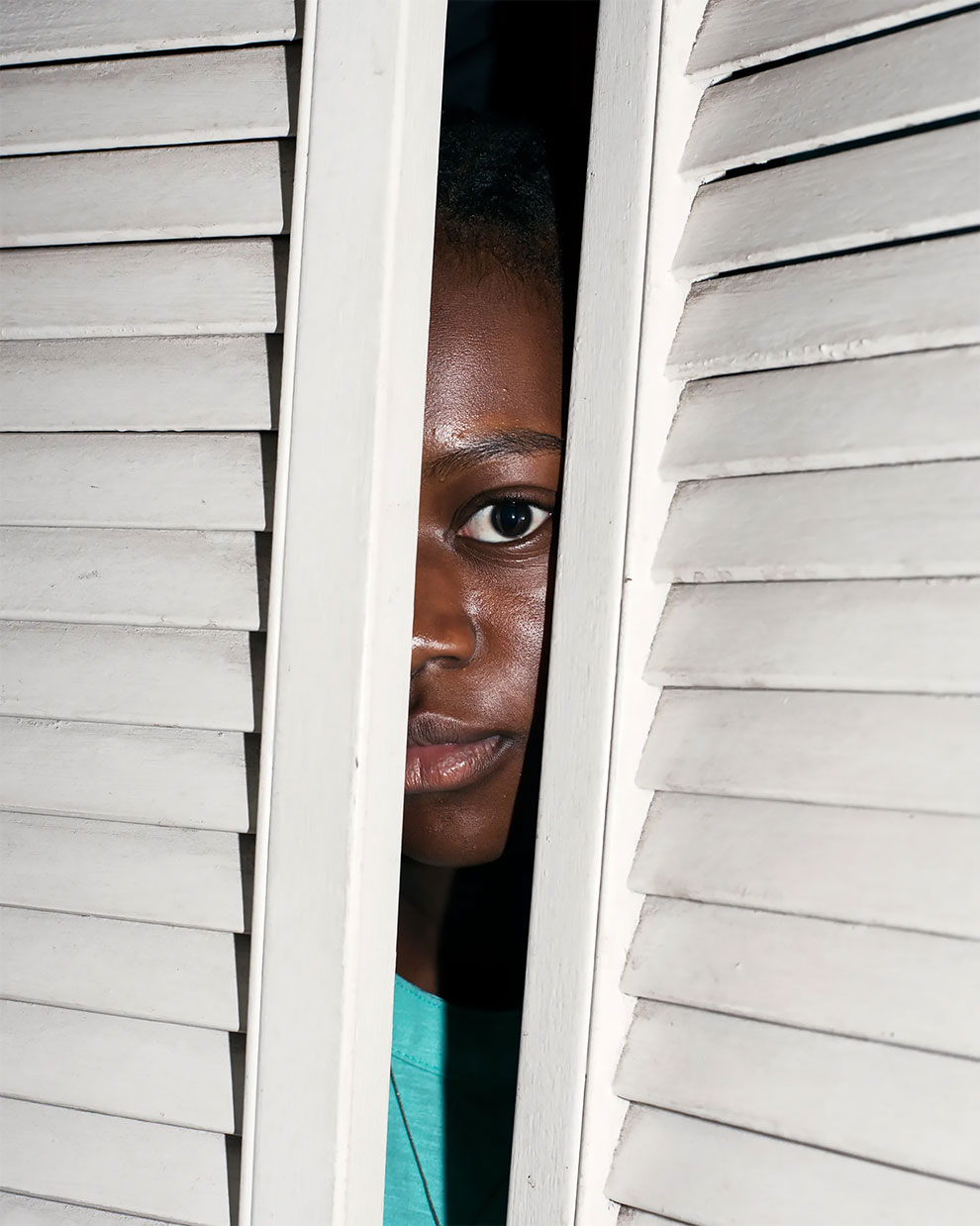 The New York-based artist says: “When I look in the mirror, I want to believe that what I am seeing is an extension of myself even though I know that it isn’t. I’m seeing a reflection (an illusion) of me and my world. I can never quite trust a mirror; a picture creates a similar false sense of reality. My pictures are where dreams meet the physical world and earthly things take on higher meaning. I search for the uncanny. I uncover what is hidden. An obscured face, a wet flower, a dark shadow.” 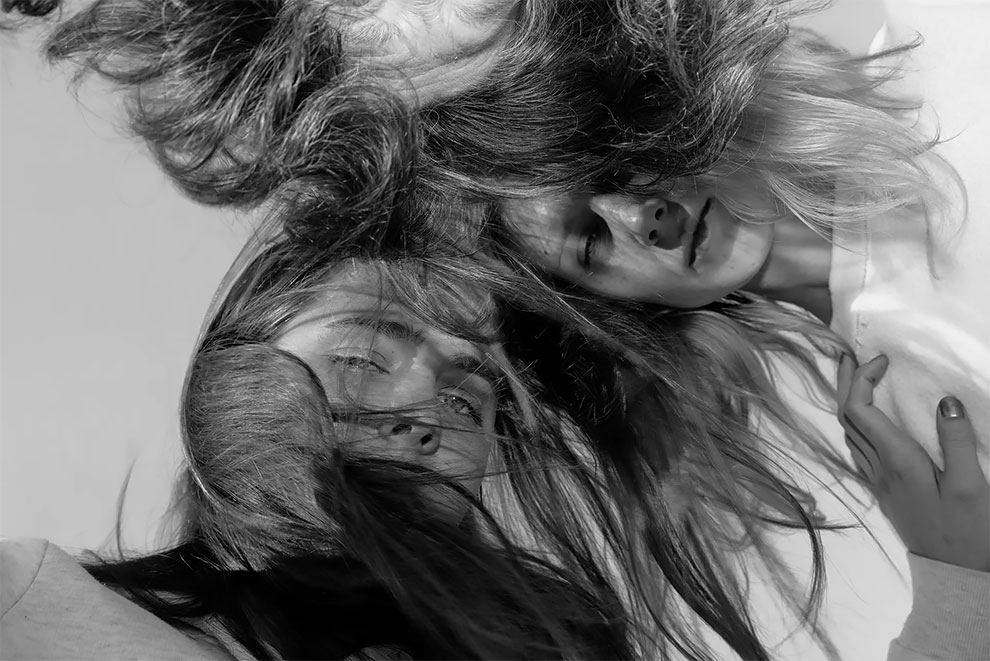 The American photographer says: “42 Wayne explores the notion of experience through touch and emotional endurance between multi-generational females. Staged performances and witnessed events seek new intimacies between me and my subjects. Texture and surface become important in relaying subtle information about the women, whether physical or psychological.”

Isabelle Wenzel: At my garden 1, from the series Until Further Notice 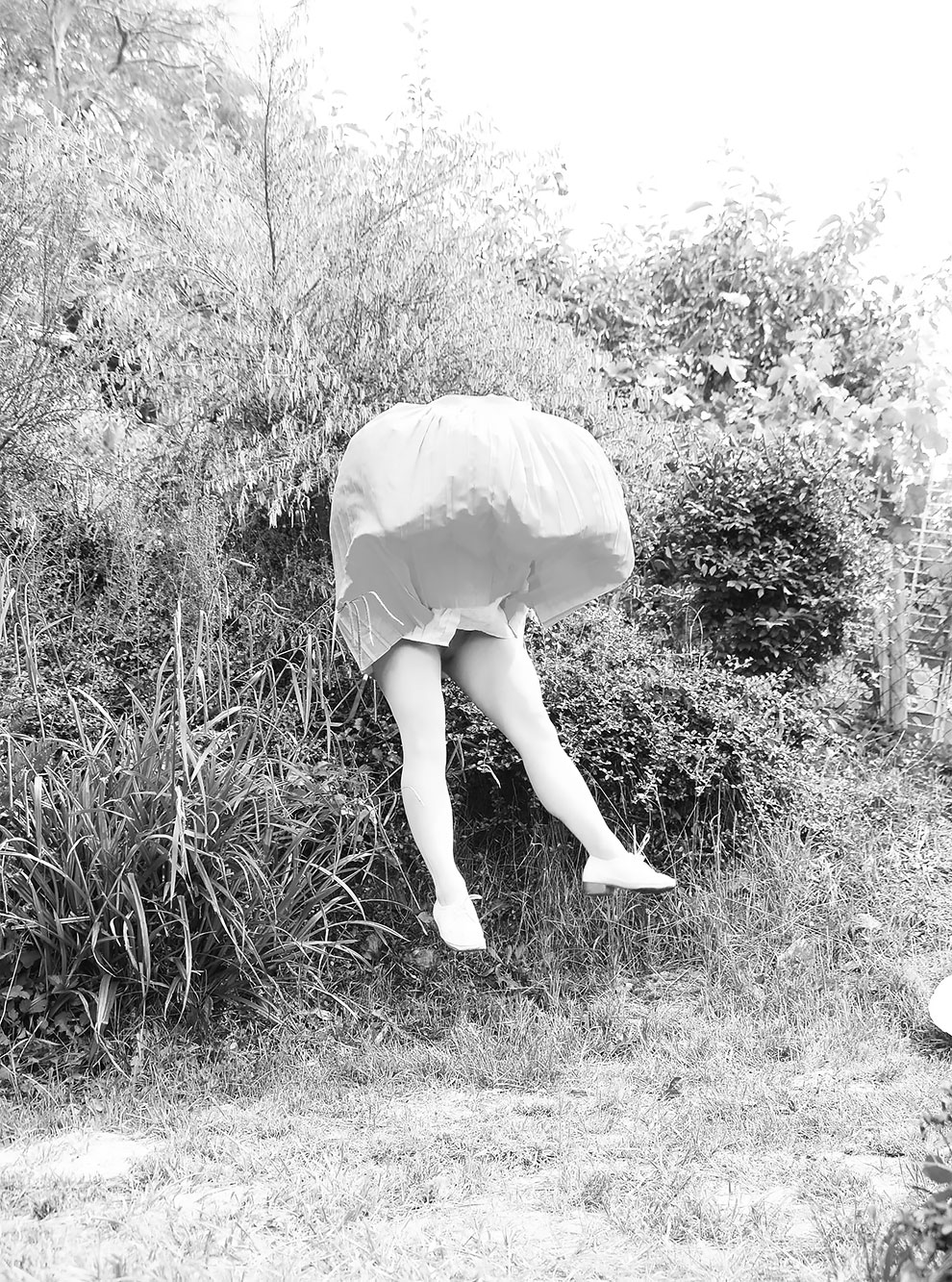 Wenzel is a German photographer, artist and trained acrobat who captures herself using a self-timer. The central focus of these often surreal photographs is the body as a physical form, drawing attention to its sculptural qualities.

Myles Loftin: Untitled (Ashley & Cortney) from the series In the Life 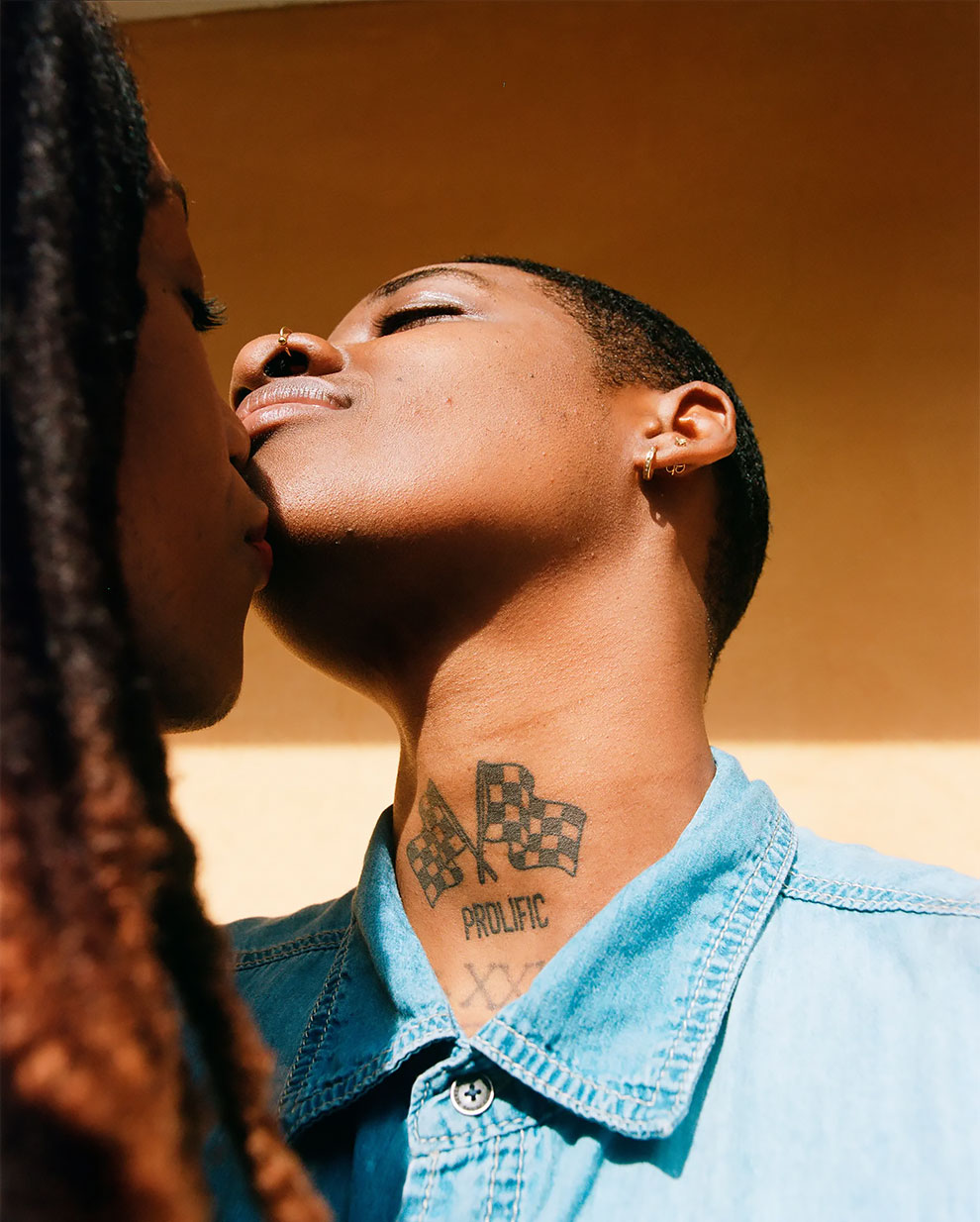 New York-based Loftin says: “I tried to make sense of my existence as a 22-year-old black queer man, and the ways people like me have been represented within media. I am creating an archive of images that black queer people can look to for solace or inspiration.”