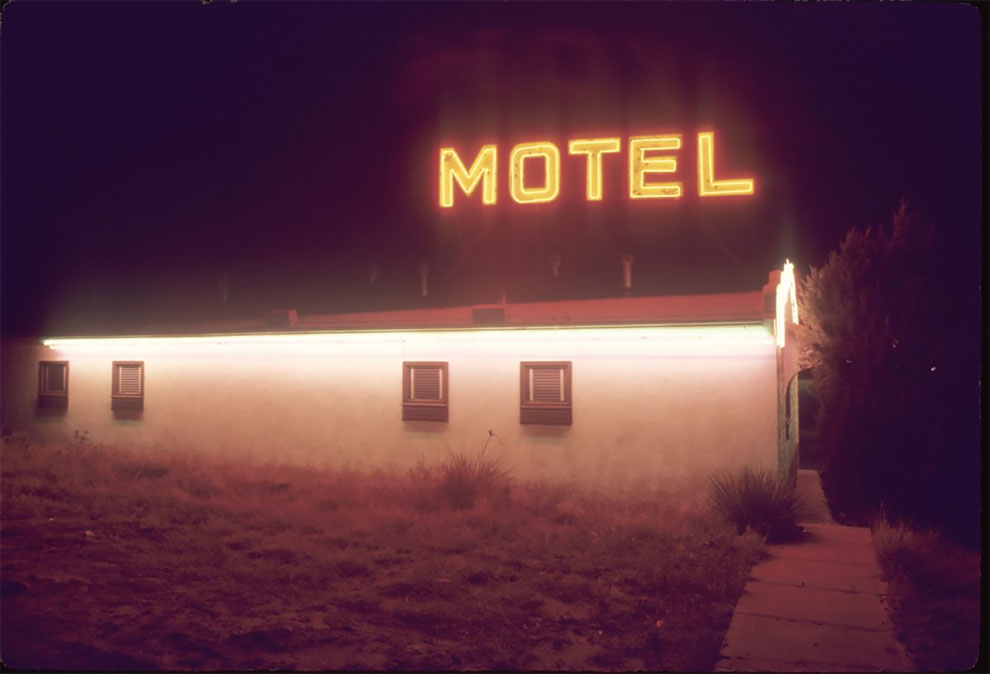 “Working on the Baseball Photographer Trading Cards, traveling throughout the country, my girlfriend at the time, Alison Woolpert, and I would stay at some, shall we say, “economy” motels,” writes photographer Mike Mandel.

“We pulled into one in Texas on a wintry night and upon waking in the morning we realized that the sheets had not been changed after the visit of the previous motel guest. When we indignantly complained to the owner he shot us back a dirty look, “What do you expect for five dollars?” What we did expect was that no matter how shabby, beaten down or forgotten a motel might have become, there was always a motel postcard to be had: a memento of a one night stop, a promotional calling card, a free mailable note card to report back on the progress of a vacation to those back home.” 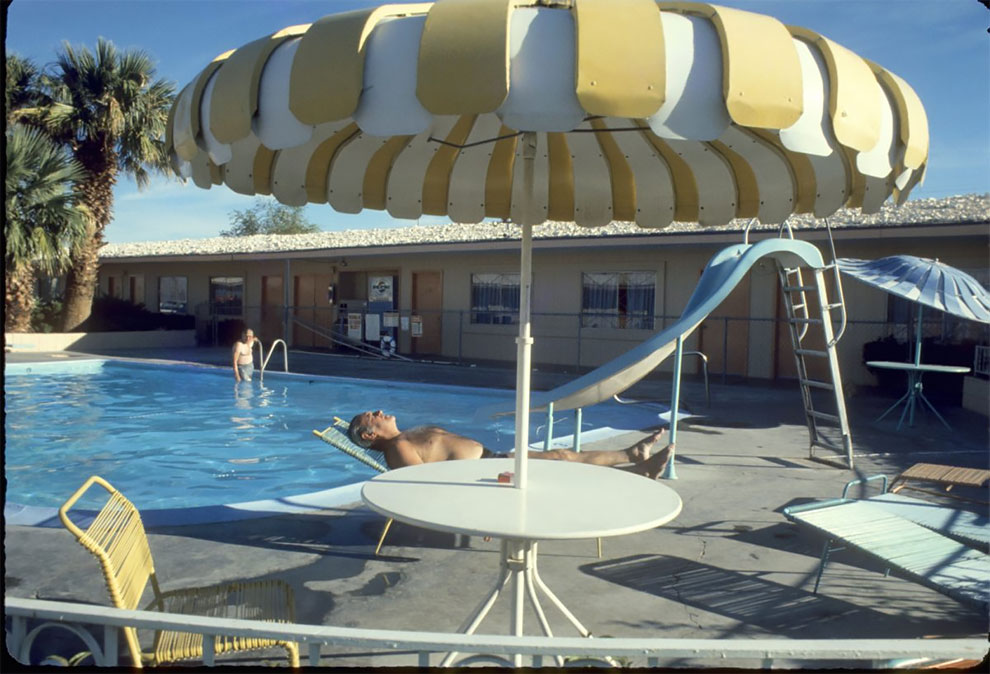 “We would often take the back roads, sometimes follow old Route 66, and we would find those sad, forsaken motels that had been sucked almost out of existence by the newer corporate chains situated just off an exit ramp on the newer highways. We bypassed Motel 6, Travelodge and Howard Johnson’s. After all, their postcards were usually just the same design with a different address. But we’d go out of our way to stop at every independent motel we could find in hopes of finding a postcard that would be even more banal than the one we had just found down the road.” 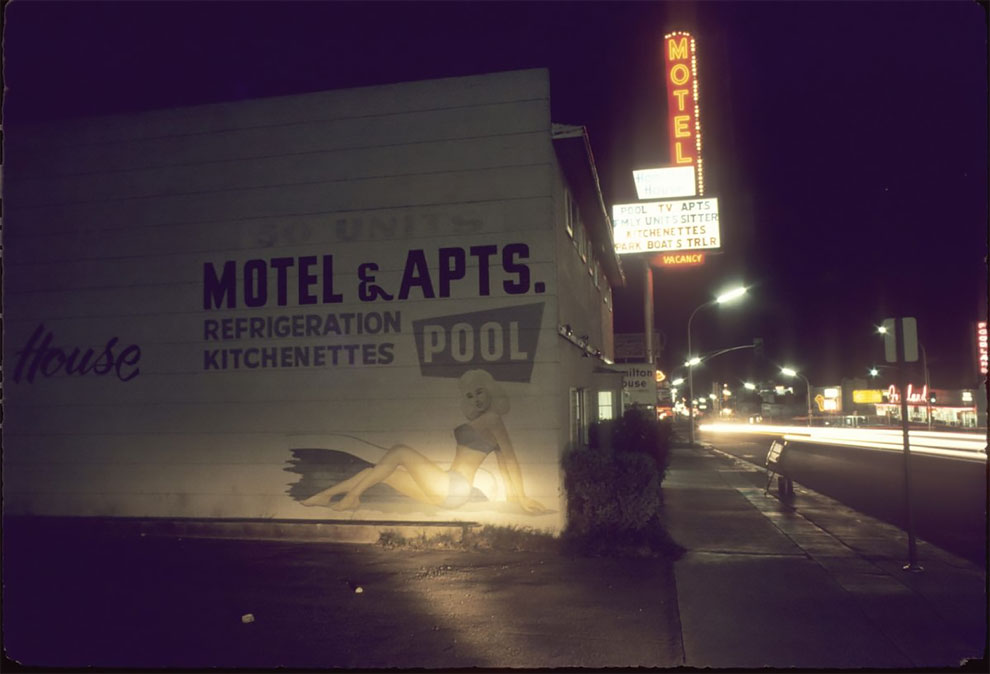 “This led, inevitably, to my photographing the motels themselves: interiors, pool sides and architecture. The project was always there whenever there was an opportunity to travel. The postcards kept piling up. My only problem with the photographs was that I was usually shooting black and white film, which just didn’t capture the true flavor of the place.” 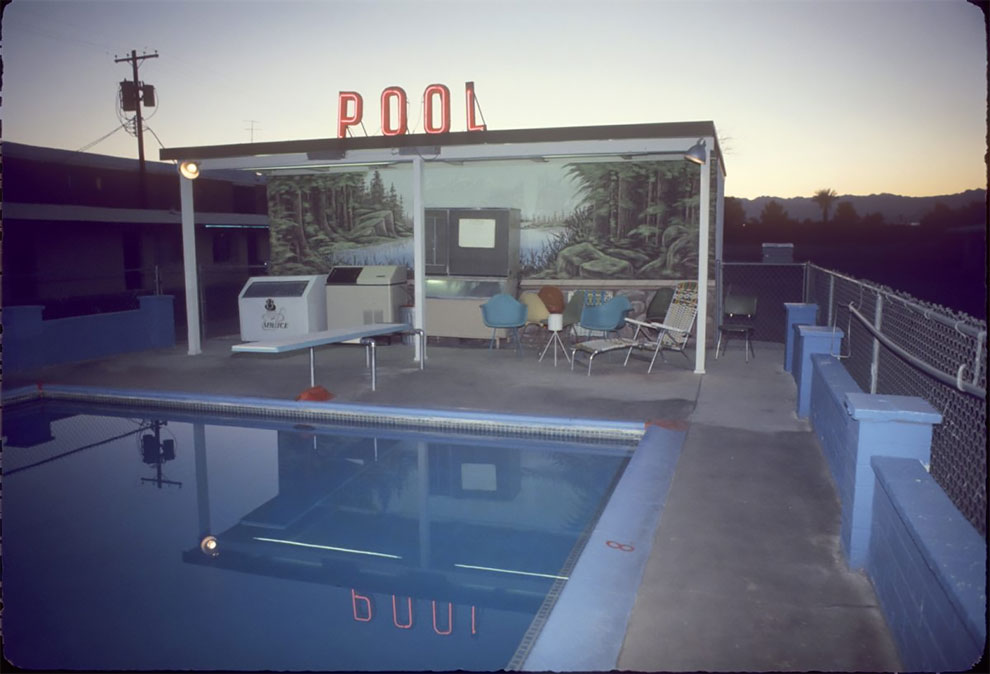 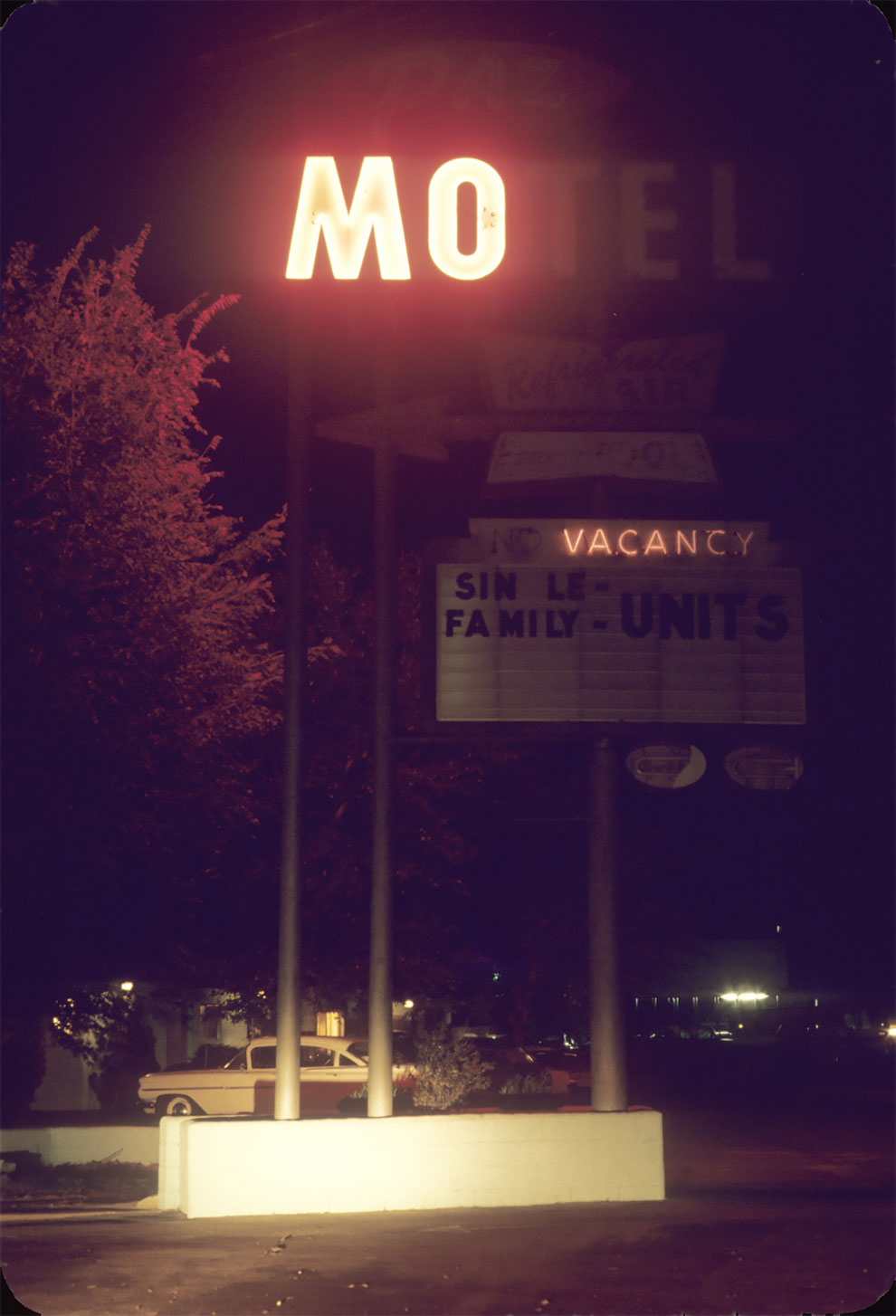 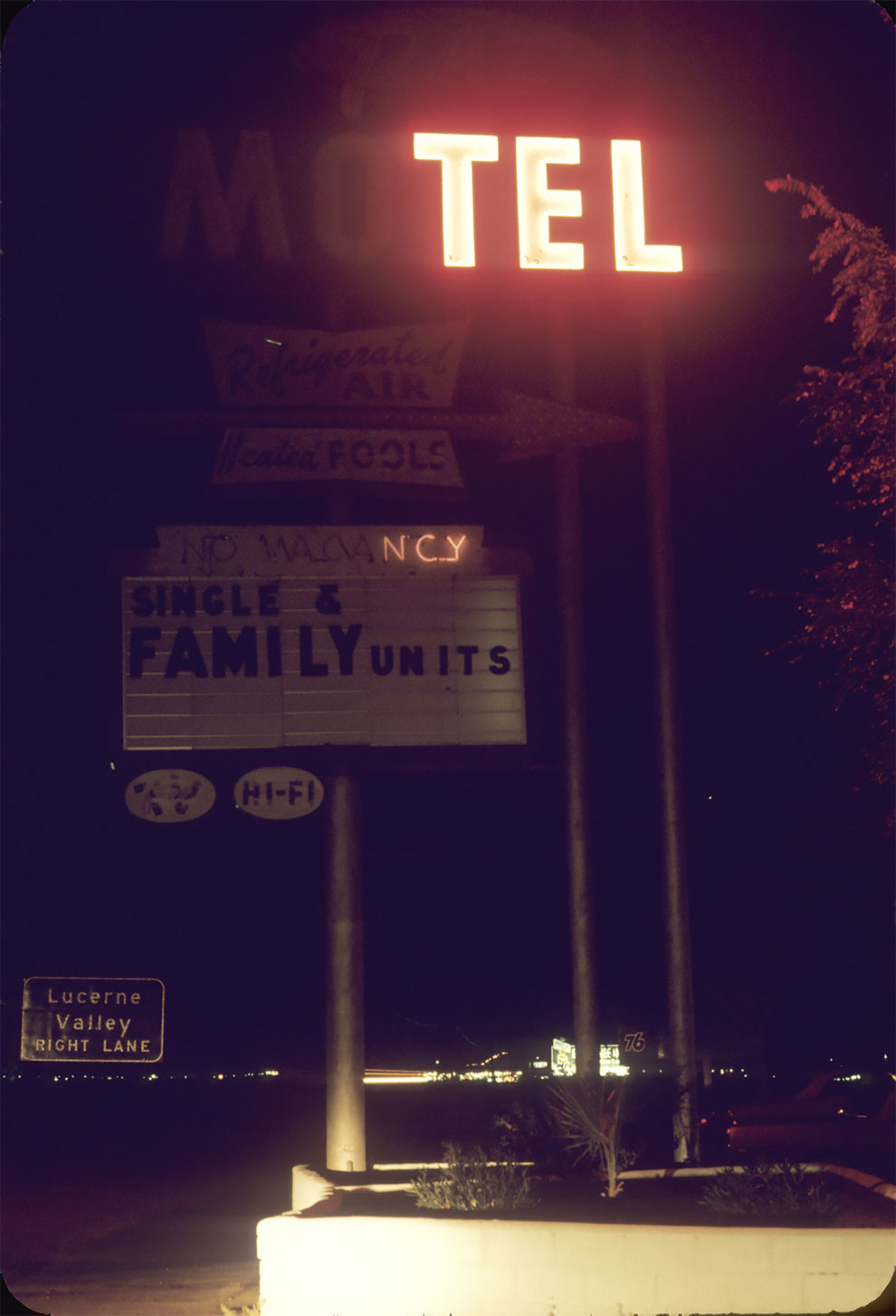 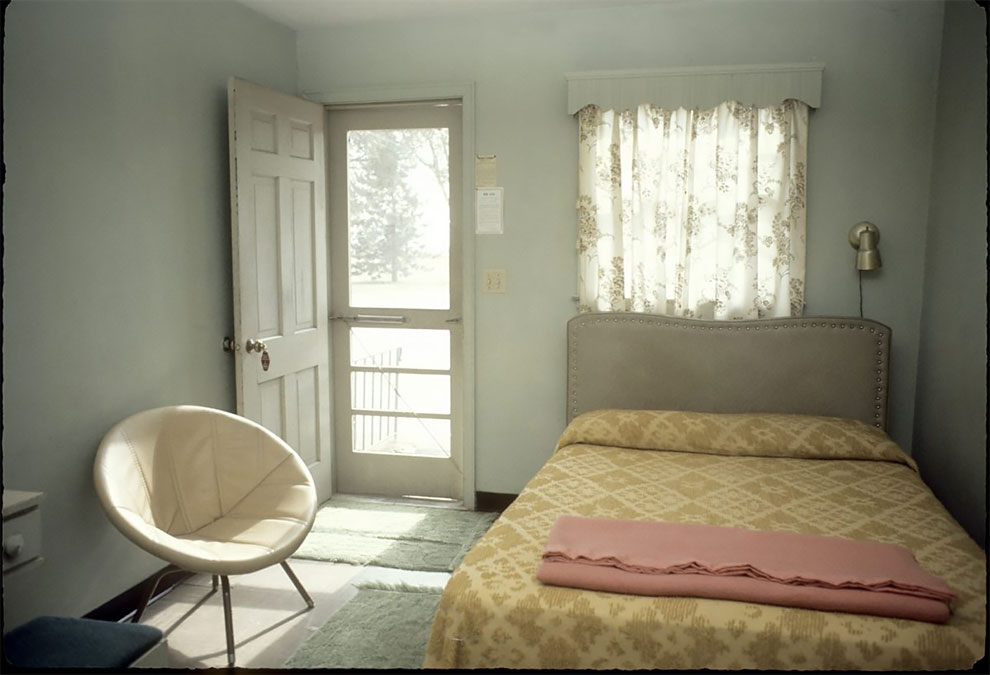 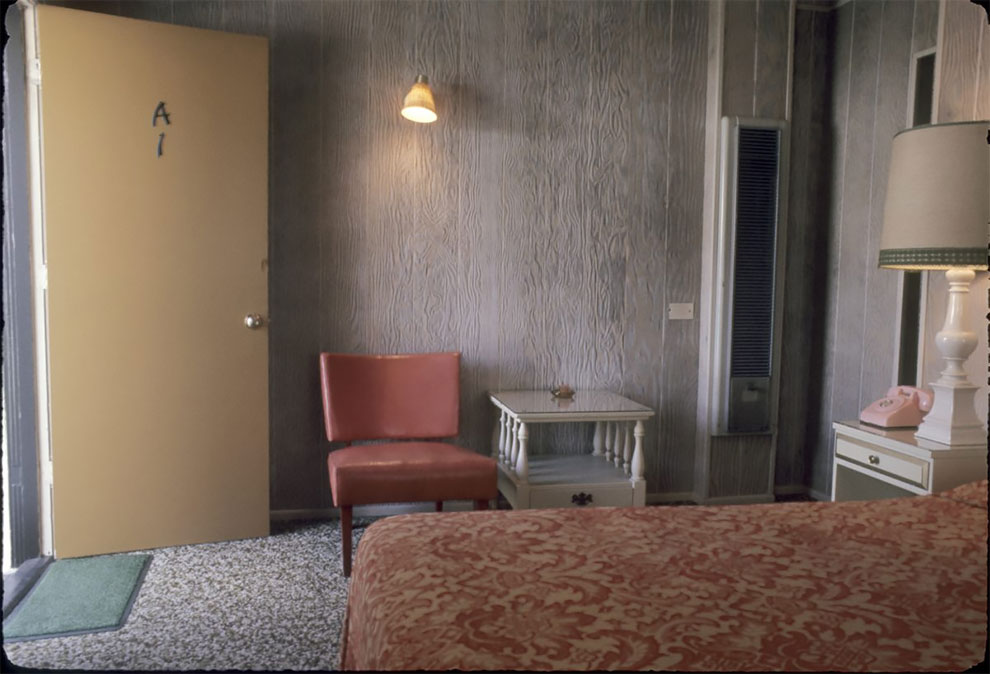 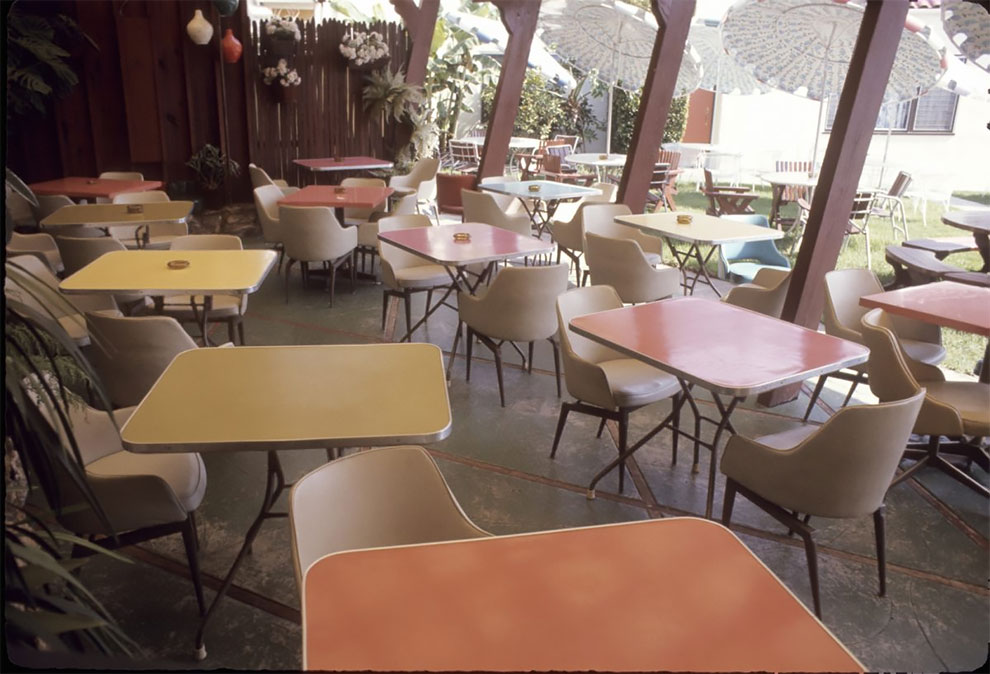 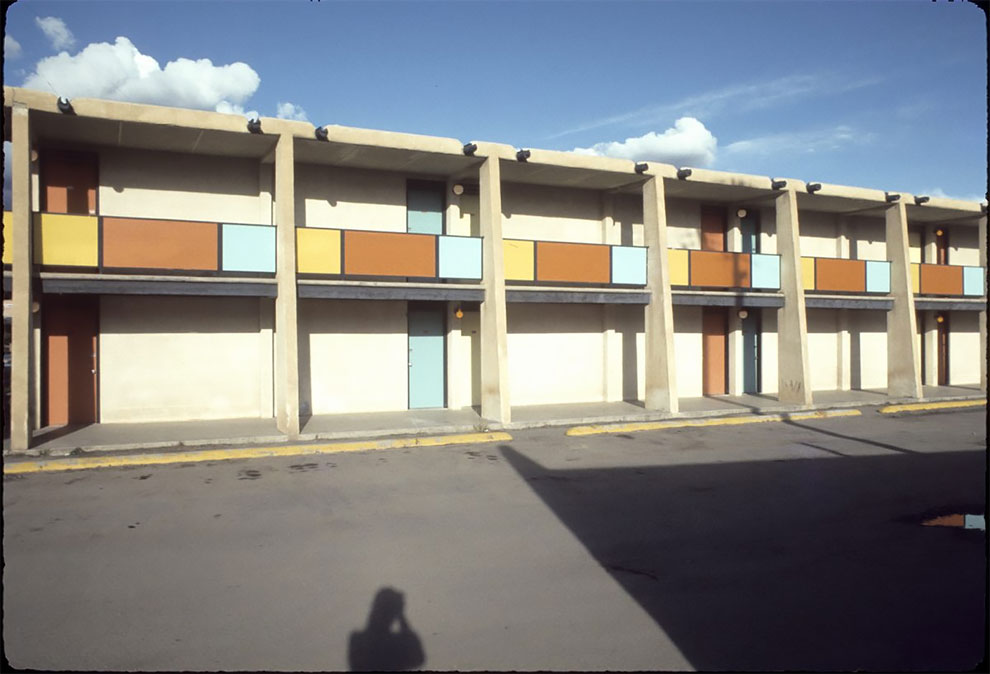 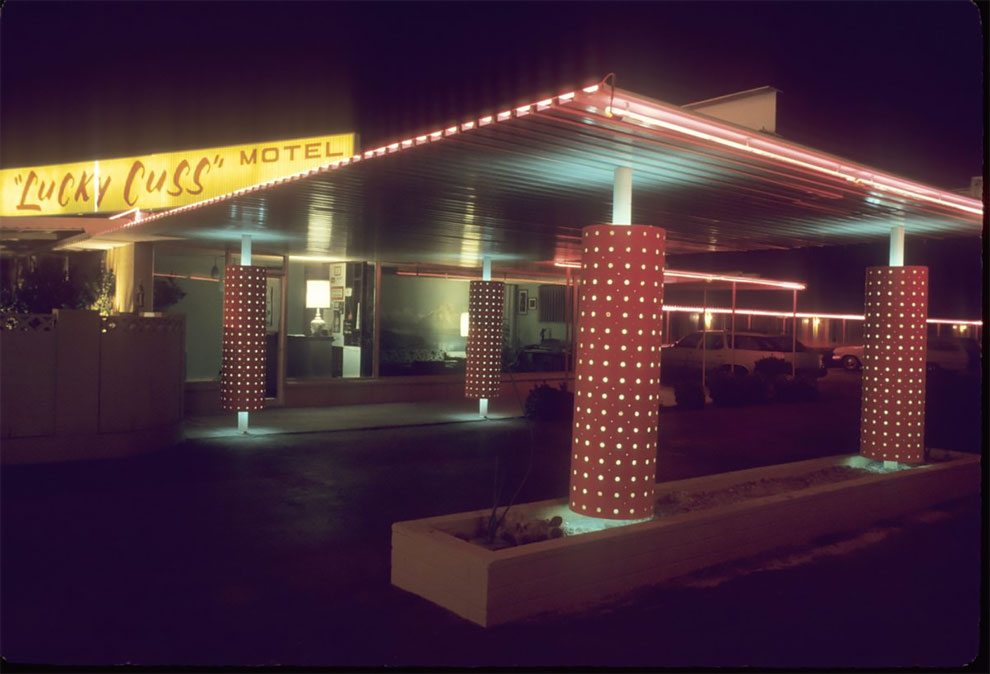 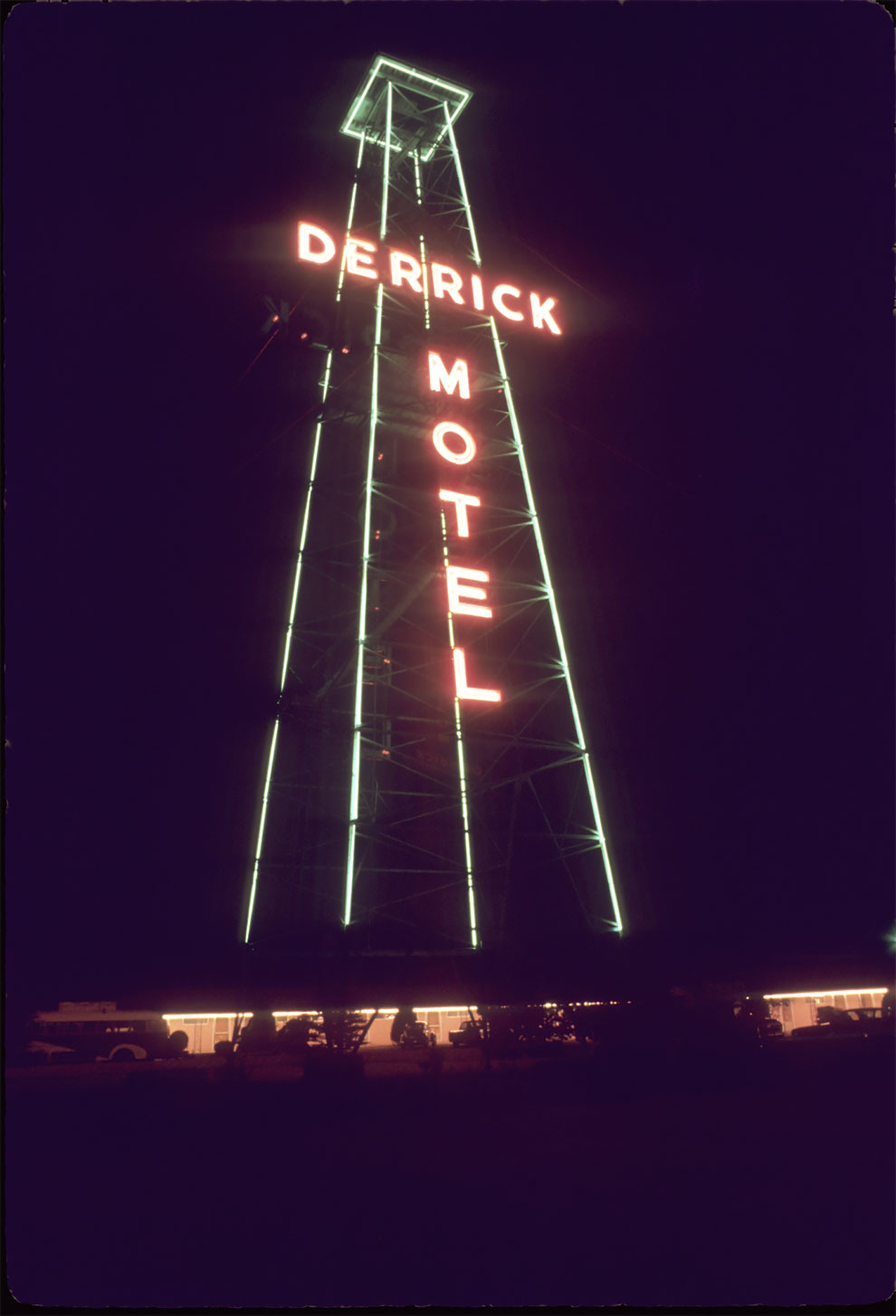 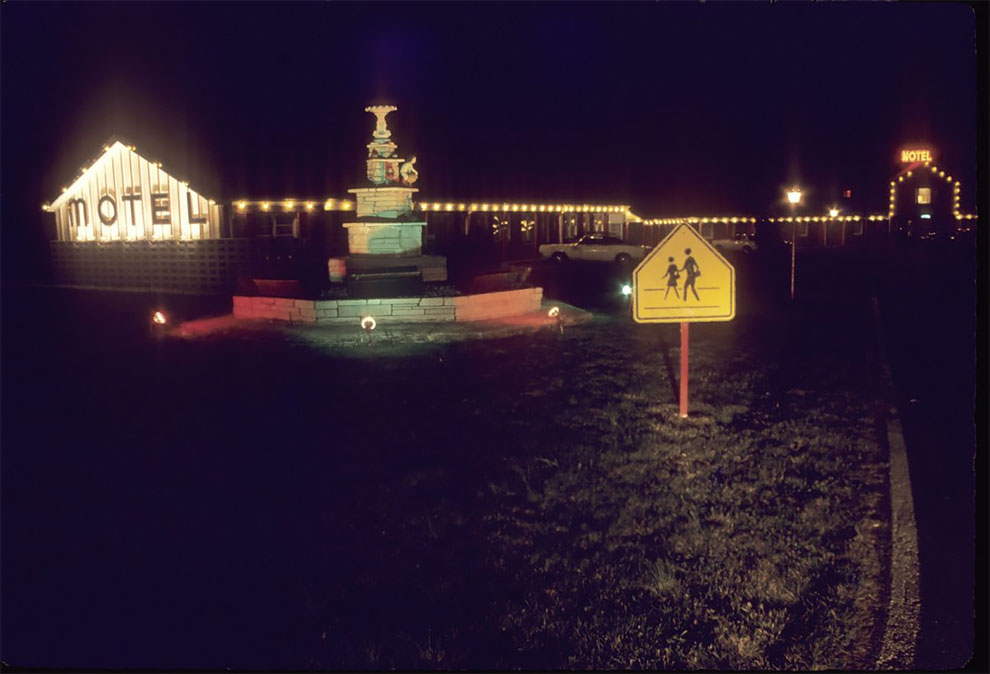 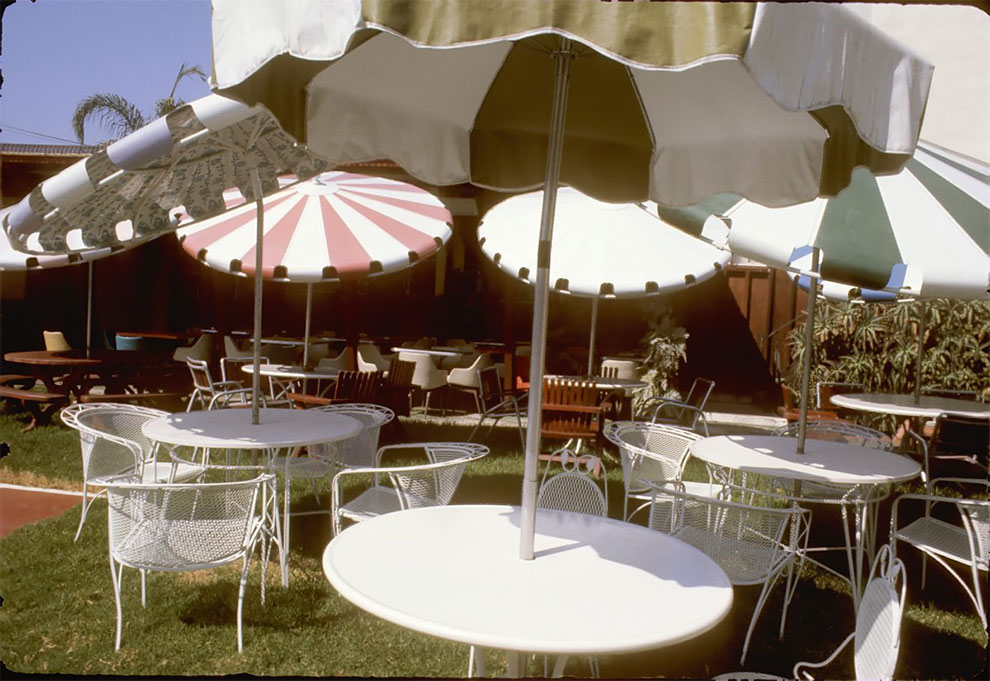 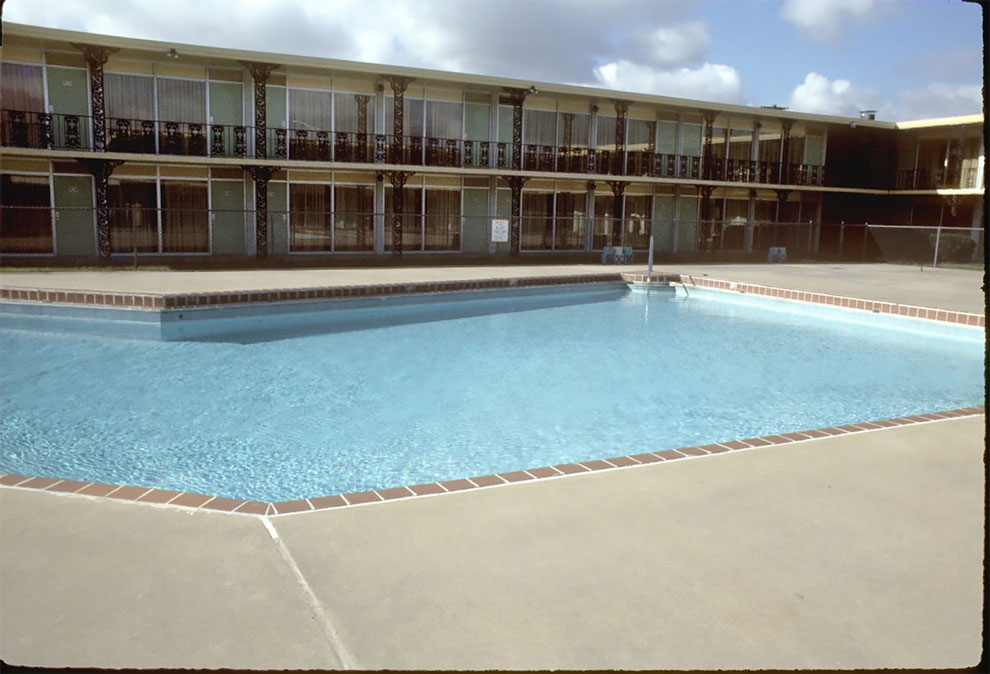 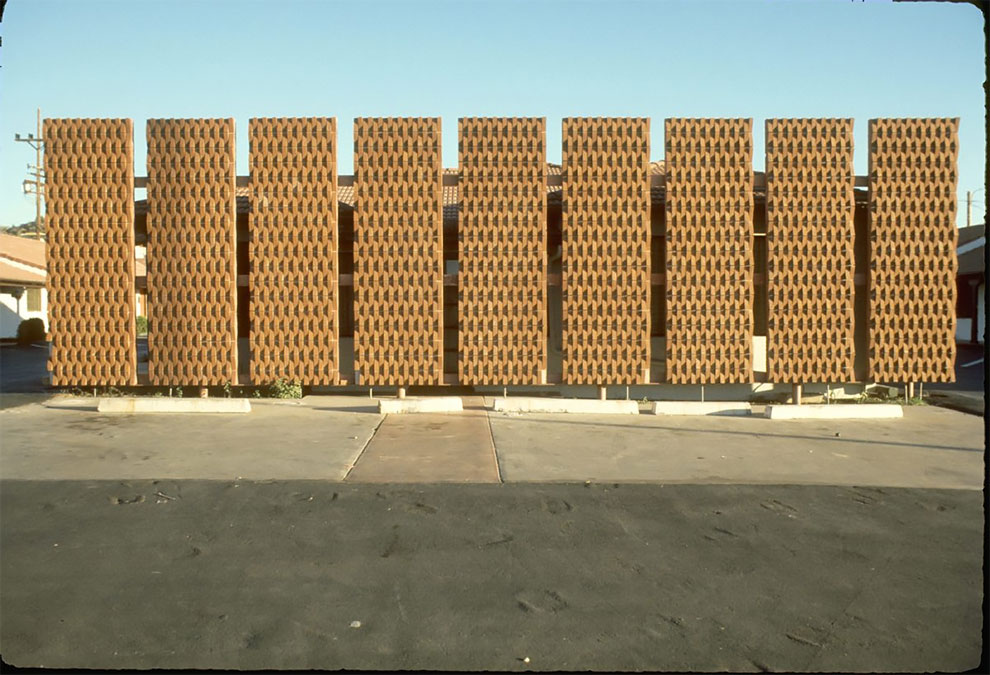 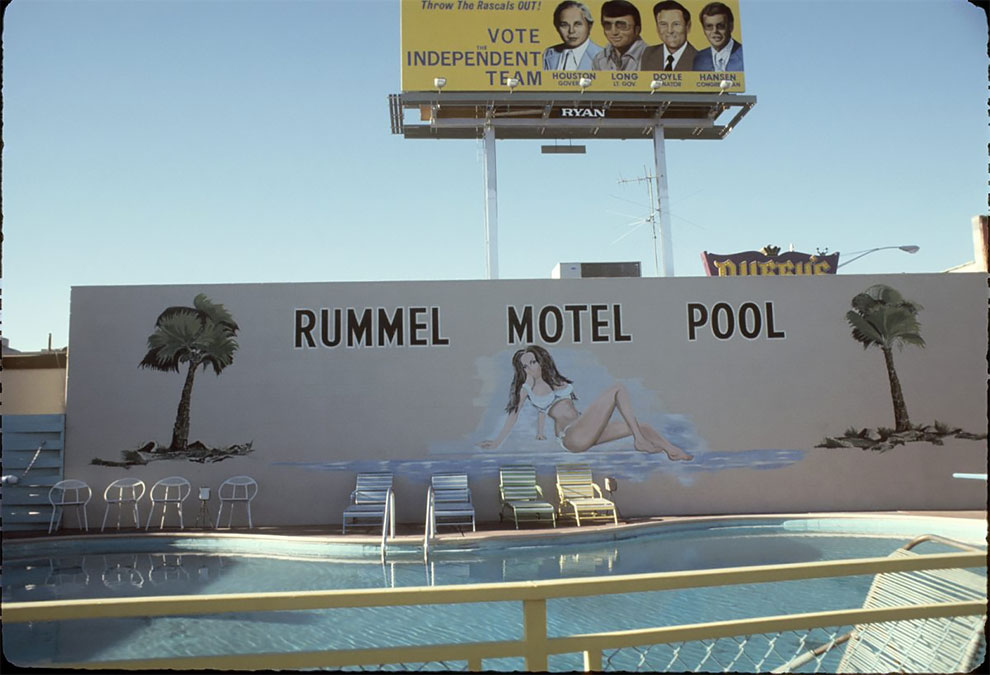 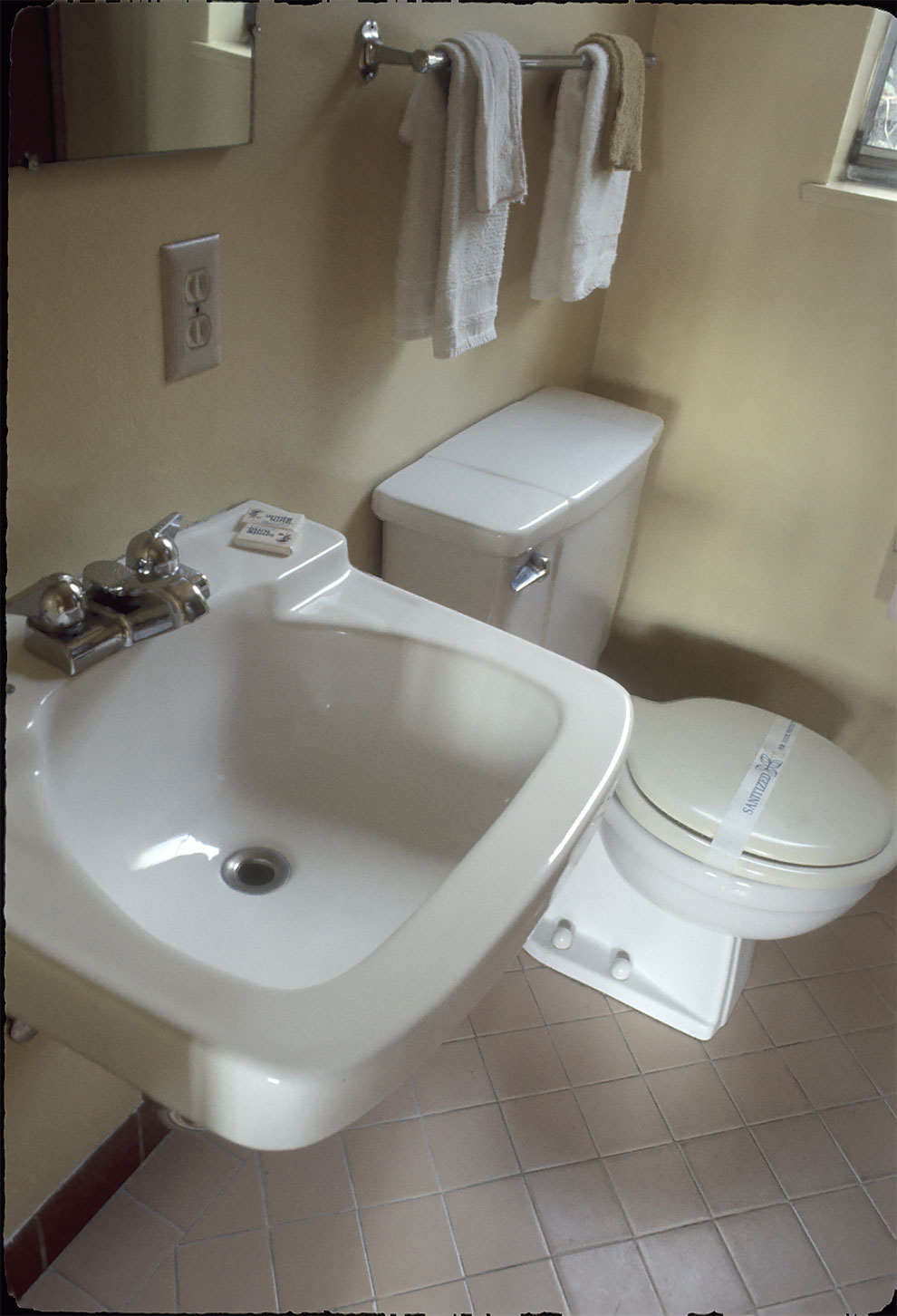 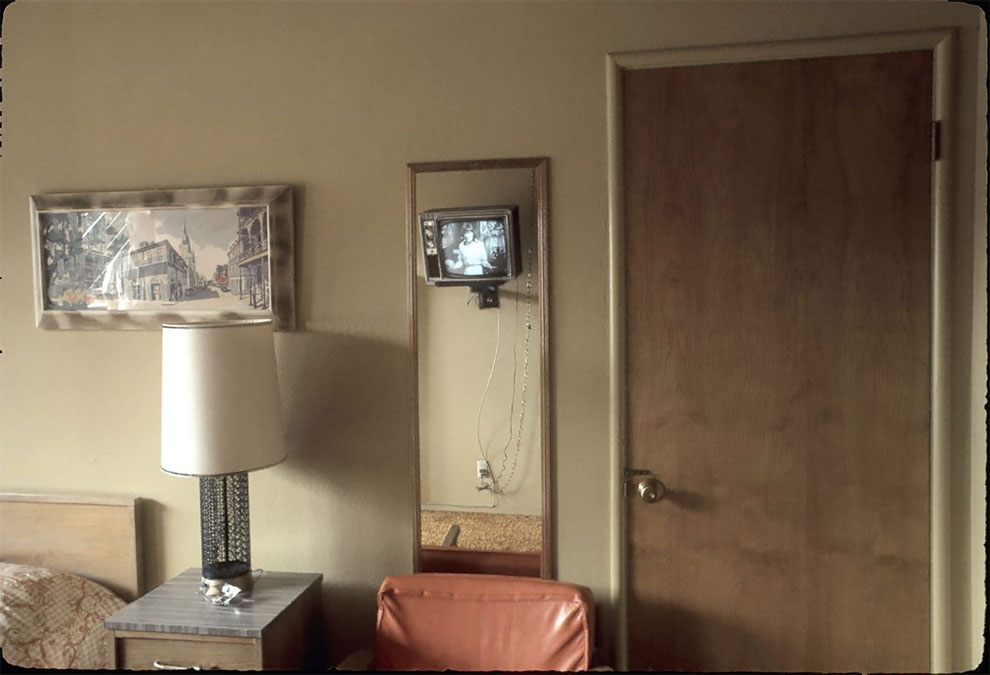 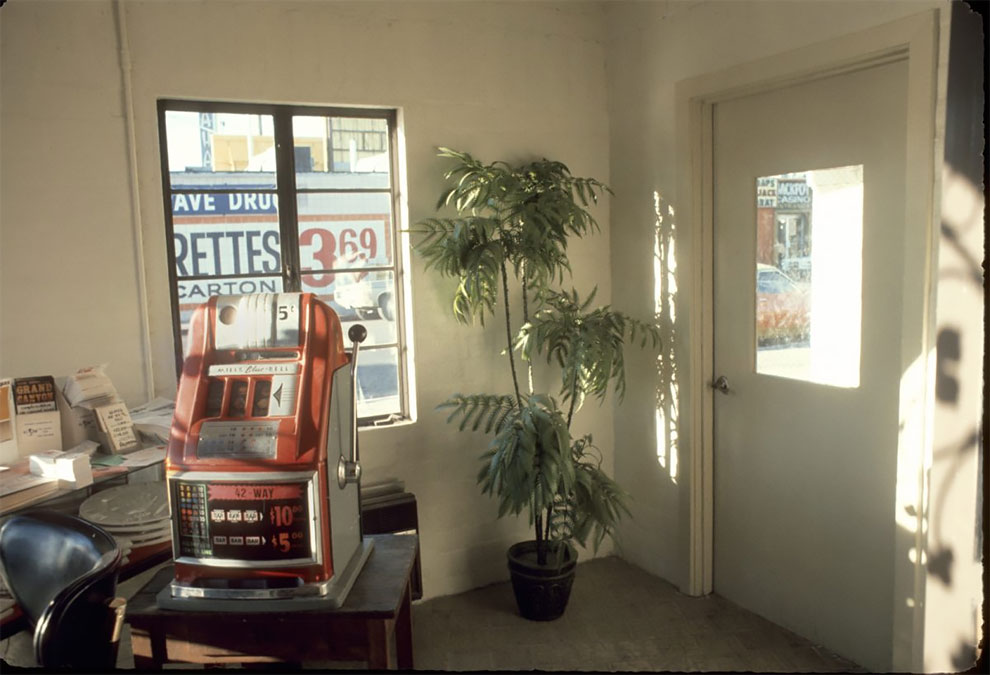 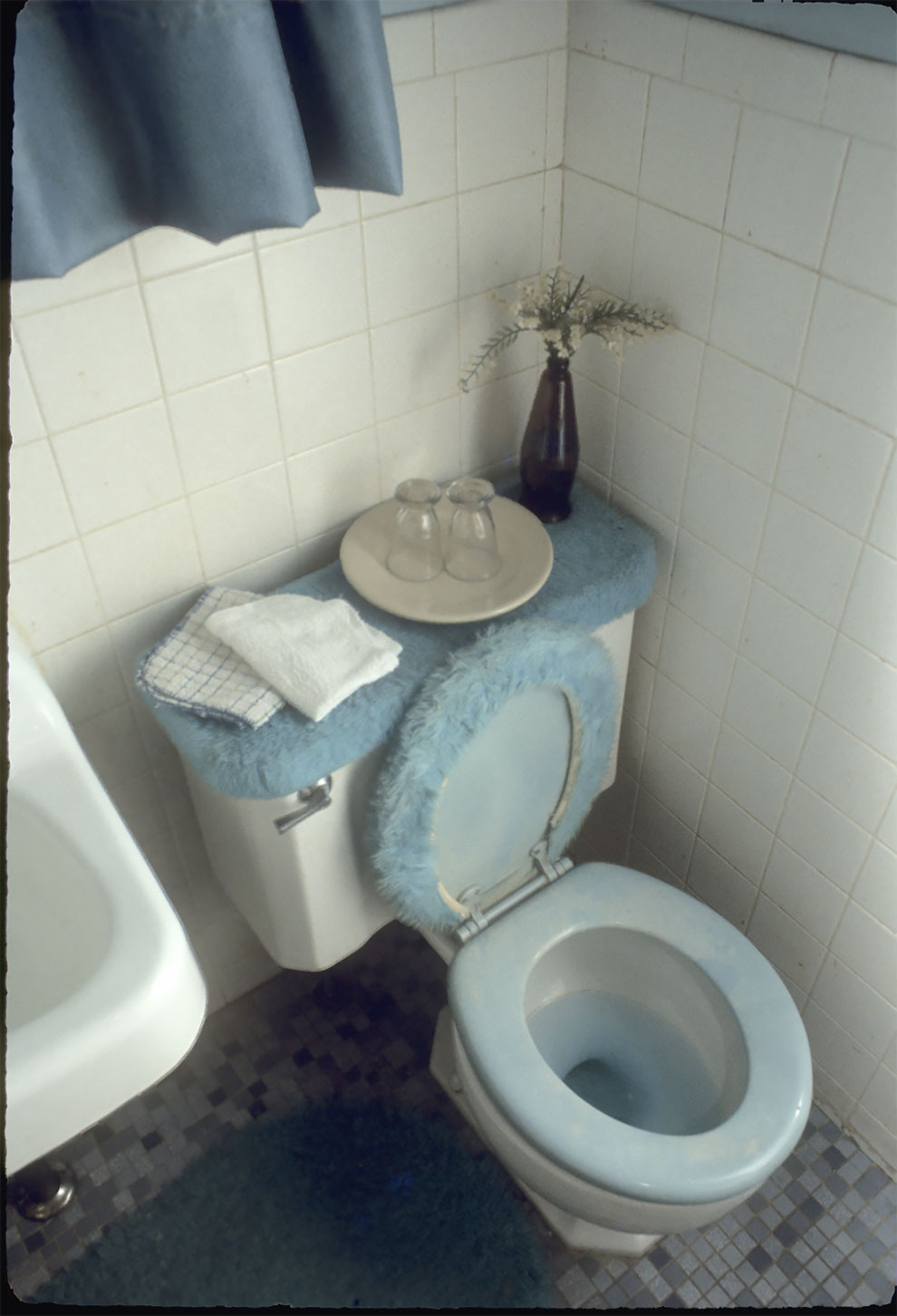 Taking A Walk And Taking Pictures In 1980s New York – Robert Herman's Vibrant Kodachrome Street Photography Of NYC
"Impressions Of The Roaring Twenties": 40 Found Snaps That Show Lifestyle Of Young People In The 1920s
Retro Photos Show the Inside of Offices in the 1970s and ’80s
Teenager Does An “It”-Themed Photoshoot With His Baby Brother, And It Will Give You Nightmares
Czech Photographer Michal Pudelka: Girls, Girls, Girls
Moody Street Photos Of London After Dark By Luke Holbrook
2017 National Geographic Nature Photographer Of The Year Publishes First Round Of Beautiful Entries
Spectacular Winning Photos From The 2021 Nature Photographer Of The Year Awards
Comedy Wildlife Photo Awards 2016 Shortlist
Amazing Color Photos Capture Chicago's Street Scenes During The Blizzard Of 1979
Photographer Captures Intimate And Unguarded Portraits Of Porn Stars
2014 National Geographic Photo Contest, Week 6
13 Inspiring Winning Photos Of The 2021 International Photography Awards
Beautiful Ethiopian Headwear Made From Your Trash
Photographer Took Photos Of Strangers In The 1970s, And When 20 Years Passed, He Set Out To Find Them Again
Southeast Asia From Above: Stunning Drone Photography By Ali Olfat
6 Little Secrets To Help You Look Absolutely Perfect On Photographs
I'm Not a Look-alike!
"Somewhere On Earth": Mystical And Fascinating Photo Series By Syl Nial
Daredevil Ukrainian Stalkers Took Stunning Photos Inside The Chernobyl Exclusion Zone In 2019
Adam Opris Photography on Mermaid Brides Bring Another Perspective to Underwater Brides
"Return To Magenta": Photographer Xavier Portela Captures Asia In A Neon Pink Glow
Beautiful Female Portrait Photography By Andre Nguyen
Featured Entries For The 13th Annual Smithsonian.com Photo Contest
"The Paper Time Machine" Book Takes Historical Images And Imbues Them With Astonishing Color
Kite Aerial by Seeing the World from New Heights
Paris in Vivid Color Images by Jules Gervais-Courtellemont, 1923
Cool Pics That Defined The ’80s Punk Fashion
Before Facebook: This Is How We Used to Unfriend People Back Then
This Is What Iranian Women Looked Like In The 1970s
1970s, cheap, Mike Mandel, motels, retro, travel, USA