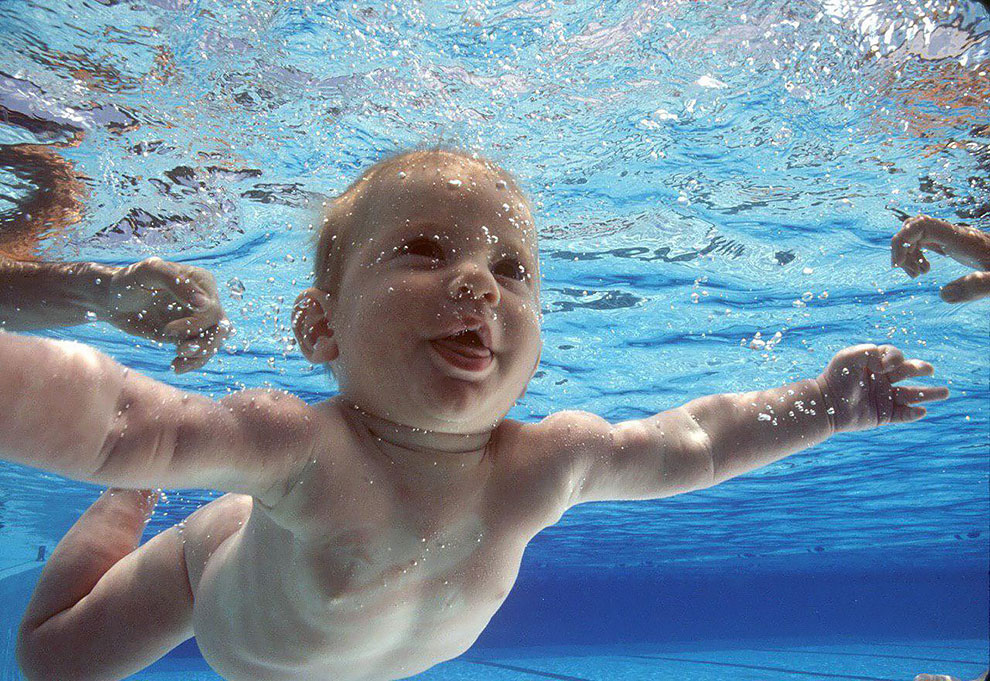 The baby-floating-in-water cover for Nirvana’s Nevermind album is one of contemporary rock’s most iconic. It was shot by Austin-based photographer Kirk Weddle. Weddle was just starting out when he got the assignment to photograph the band, who were relatively unknown at the time. Not only was he tasked with shooting the now classic cover, a photo of a baby (Spencer Elden) underwater reaching for a dollar on a fishing hook. But he also had to shoot some promo shots for the band, which involved them larking about, and jumping in a swimming pool in reference to the cover. 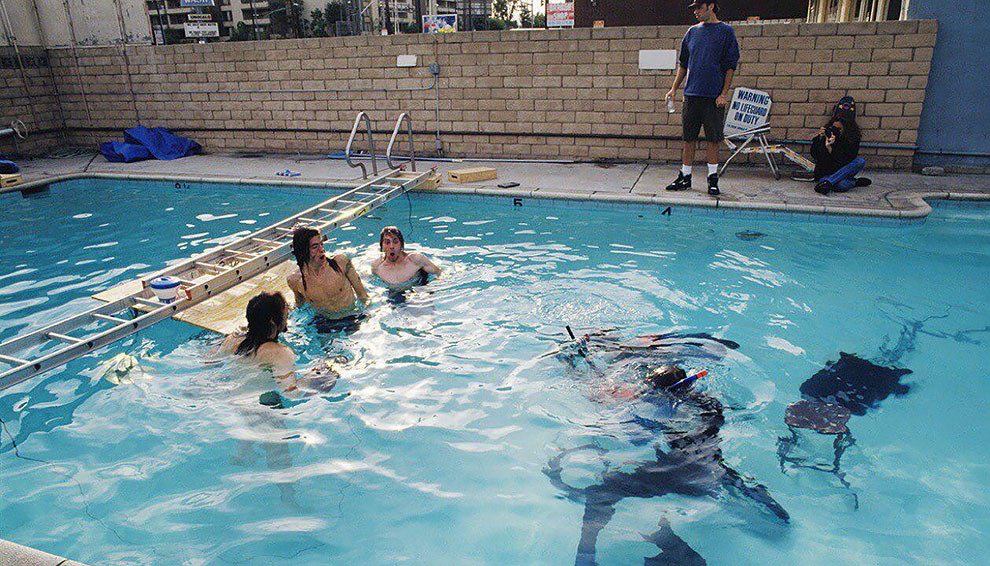 Kirk Weddle recalls, “They were intrigued a little bit with the instruments in the water. Then we had to choreograph it all together and get it going. It’s hard to get three guys underwater at the same time, looking kind of good. So we did a lot of practice and a lot of trial and error and finally banged it out.” 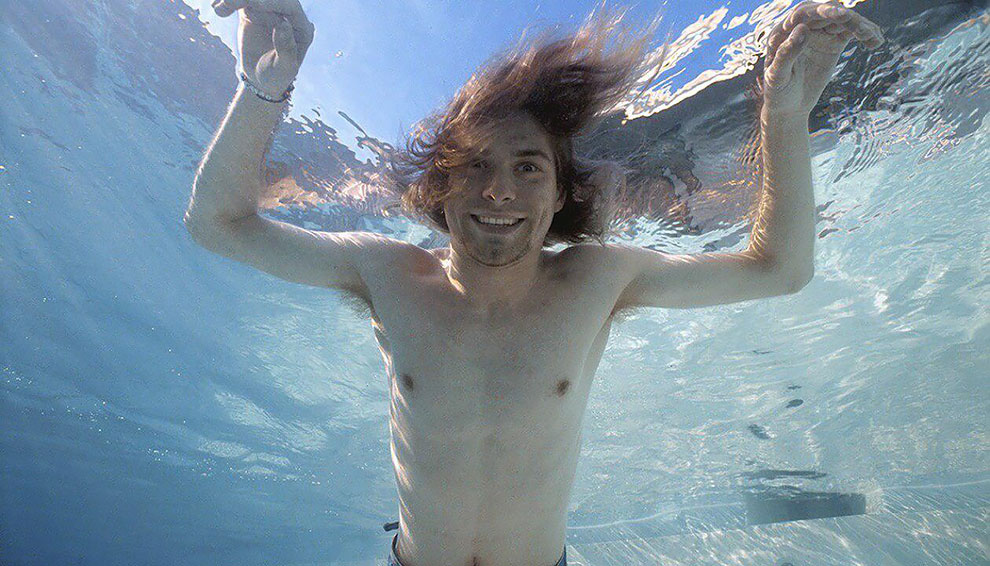 On the 25th anniversary of the shoot back in 2016, Weddle put on an exhibition of around 200 outtakes from what he took that day in collaboration with an Austin gallery. 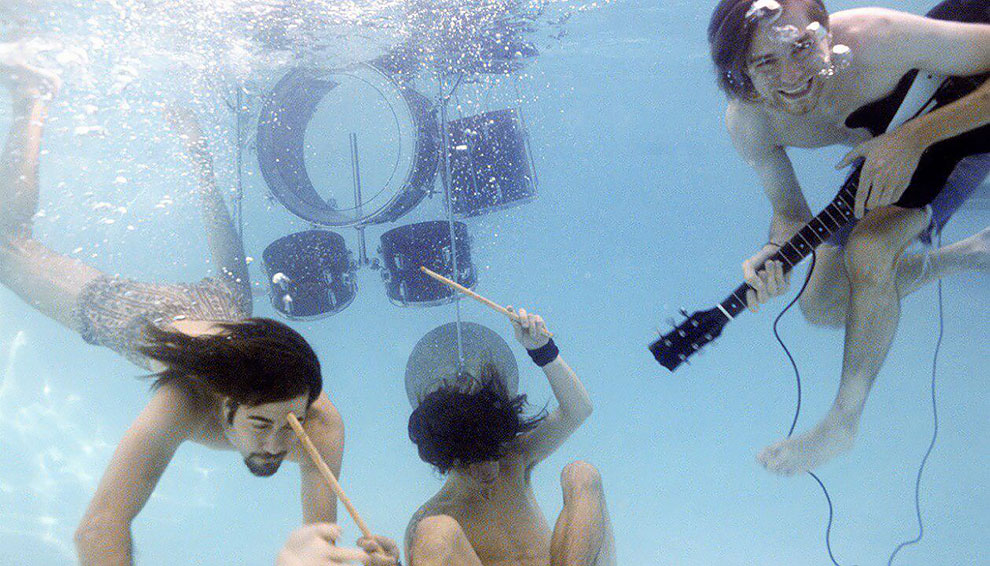 “A 4-month-old baby was cast and I conducted the shoot with just his parents and a lifeguard present. I placed a camera with a motor drive , in an underwater housing, mounted on a tripod at the bottom of a pool. Since kids are always an unknown at shoots, I did several prelight and prefocus passes with a doll. Once I felt I had the framing, light, and exposure dialed in; the parents slipped the child into the water. I took seven frames on the first pass and four frames on the second. As expected, the baby started to cry, this had been the babies first time underwater, and we wrapped the shoot. The dollar bill and the fishhook were stripped in in post. The result was one of the most iconic album covers in the last 25 years. The music inside wasn’t too bad either; to date it has sold over 30 million copies,” he said. 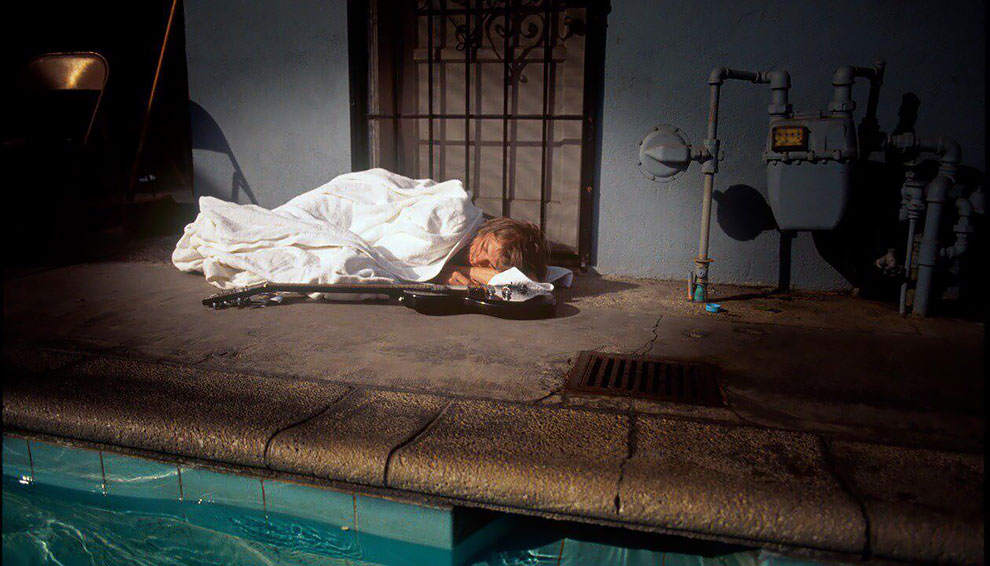 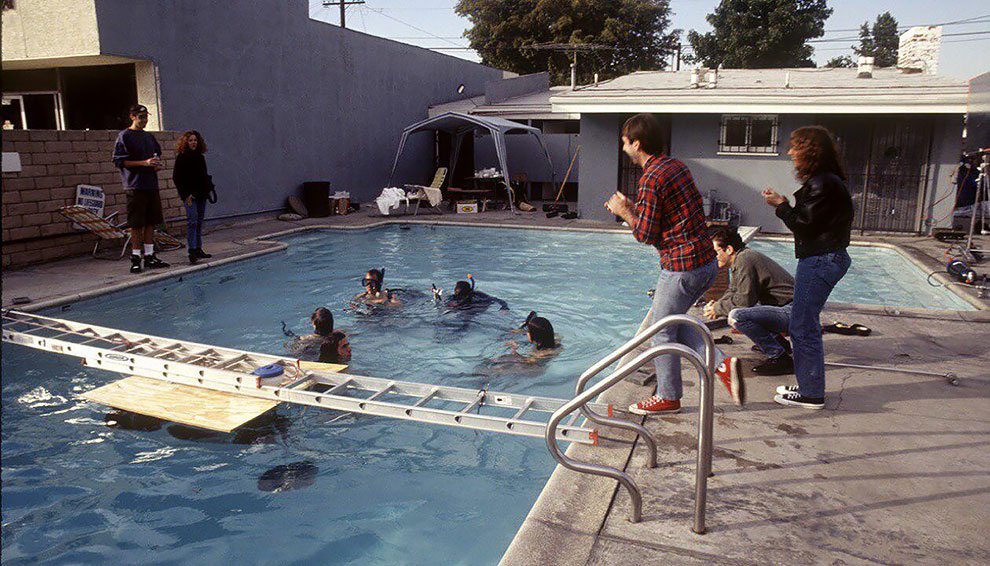 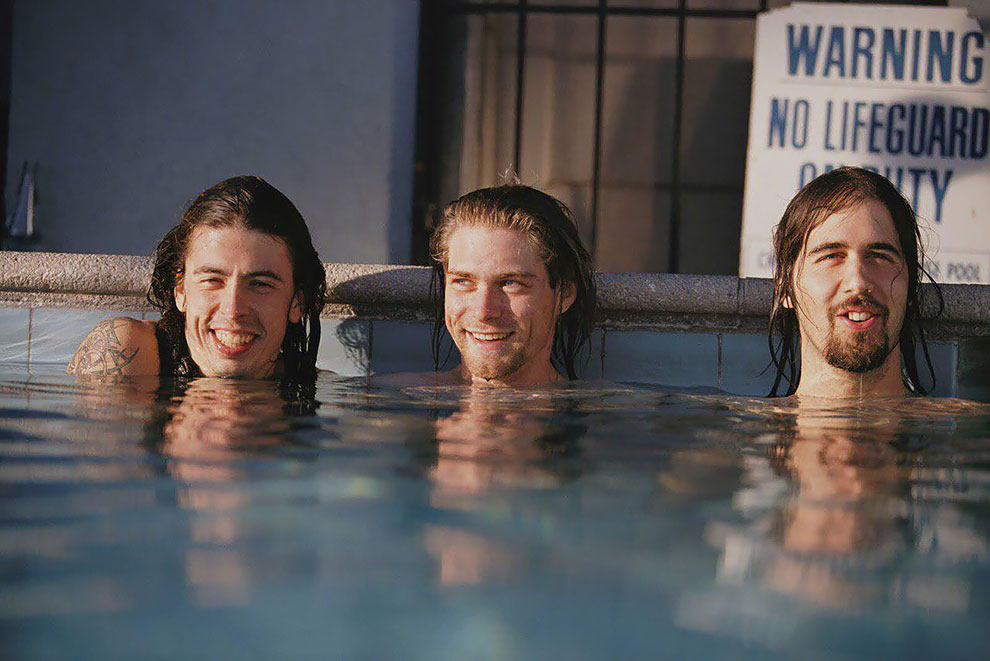