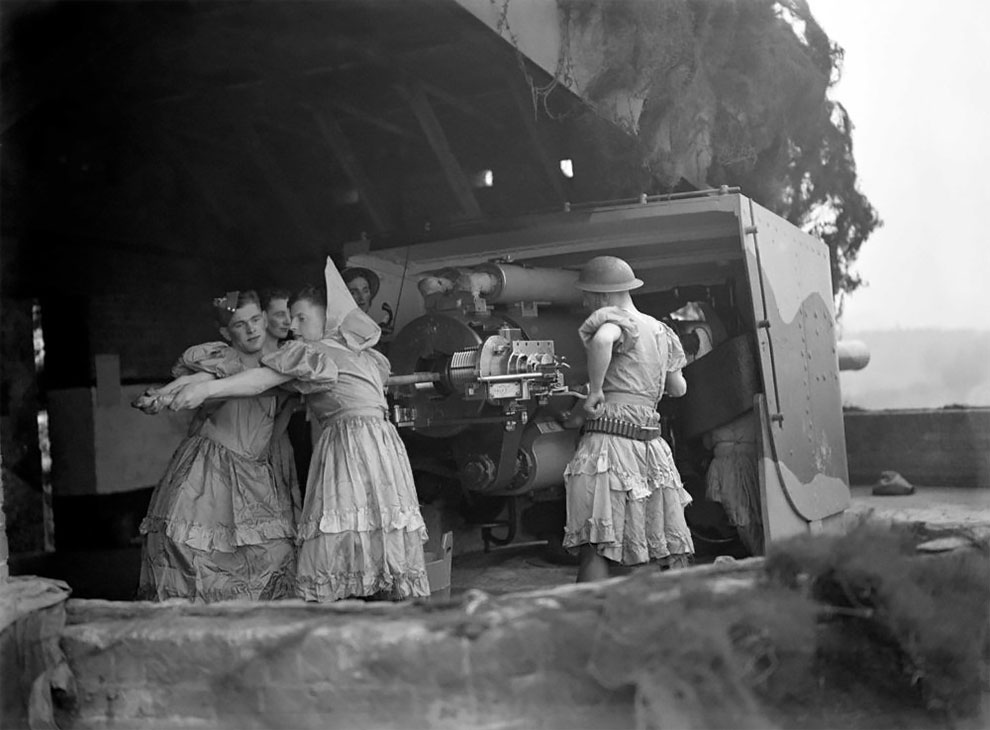 This set of photographs, taken by John Topham while working in RAF intelligence, was censored by the British Ministry of Information when they were taken during the Second World War. The images were captured during a visit to the base of the Royal Artillery Coastal Defence Battery at Shornemead Fort, near Gravesend, in Kent. 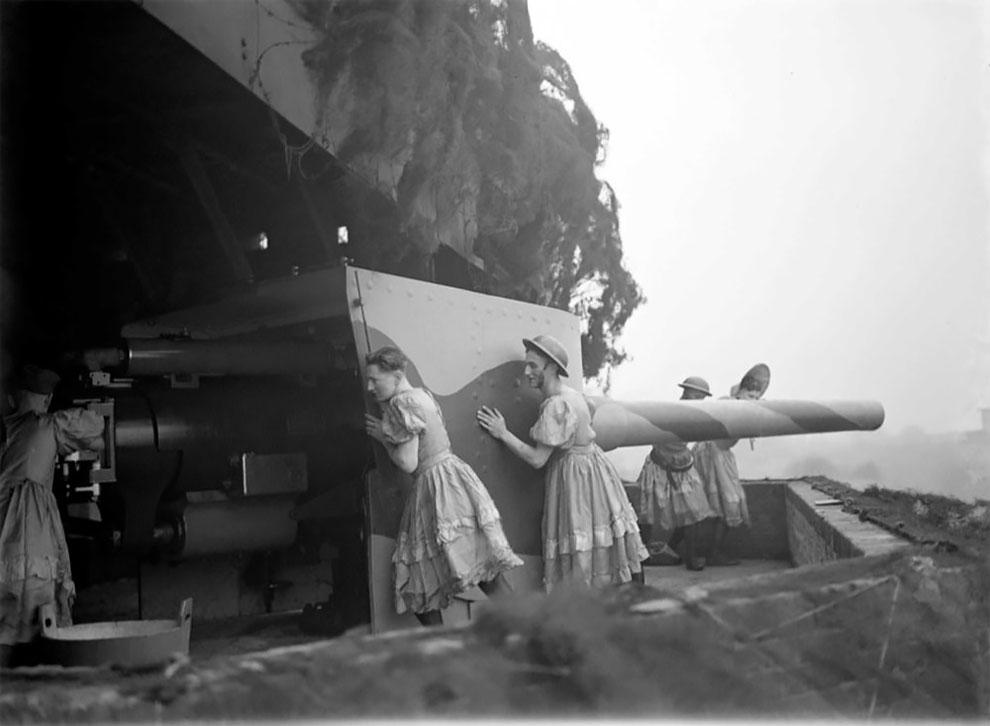 Taken in 1940, these pictures show the gunners going about their business in dresses, complete with their usual helmets. Others show the men applying makeup to each other, running up steps as their dresses blow in the wind and showing off their undergarments on stage. The troops had been rehearsing in drag for one of the shows they often staged to keep themselves entertained. 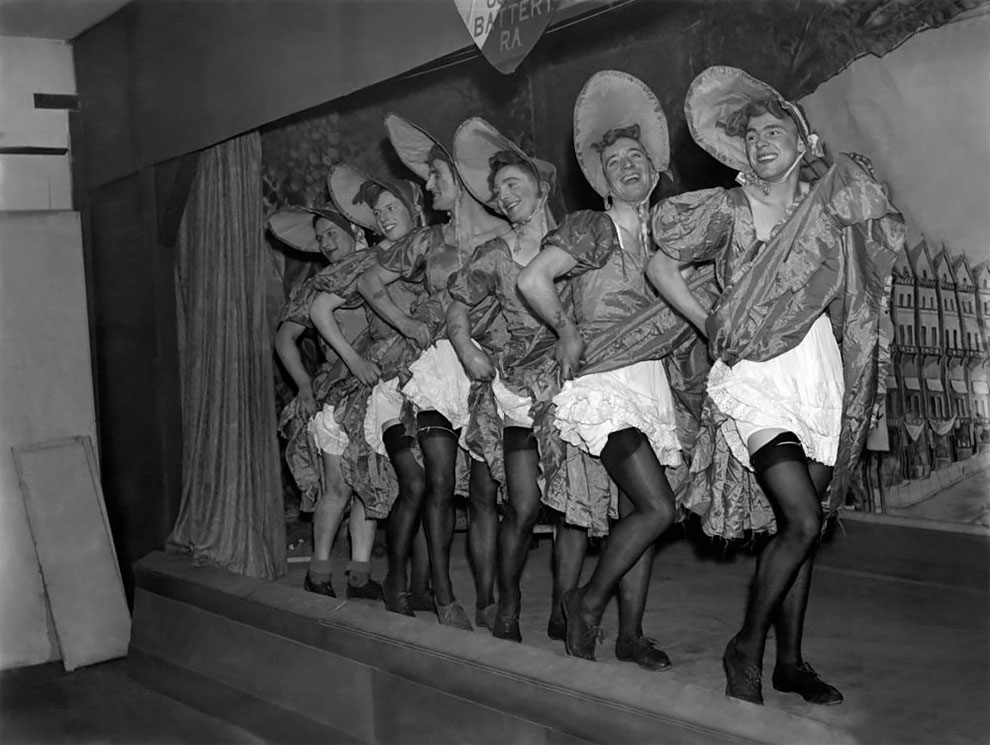 However during one of Topham’s visits, the men were called to attention in order to deal with the approach of Luftwaffe bombers, going over the Channel to southern England. As there was no time to change back into their uniforms they had no choice but to return to their battle stations still dressed in drag. 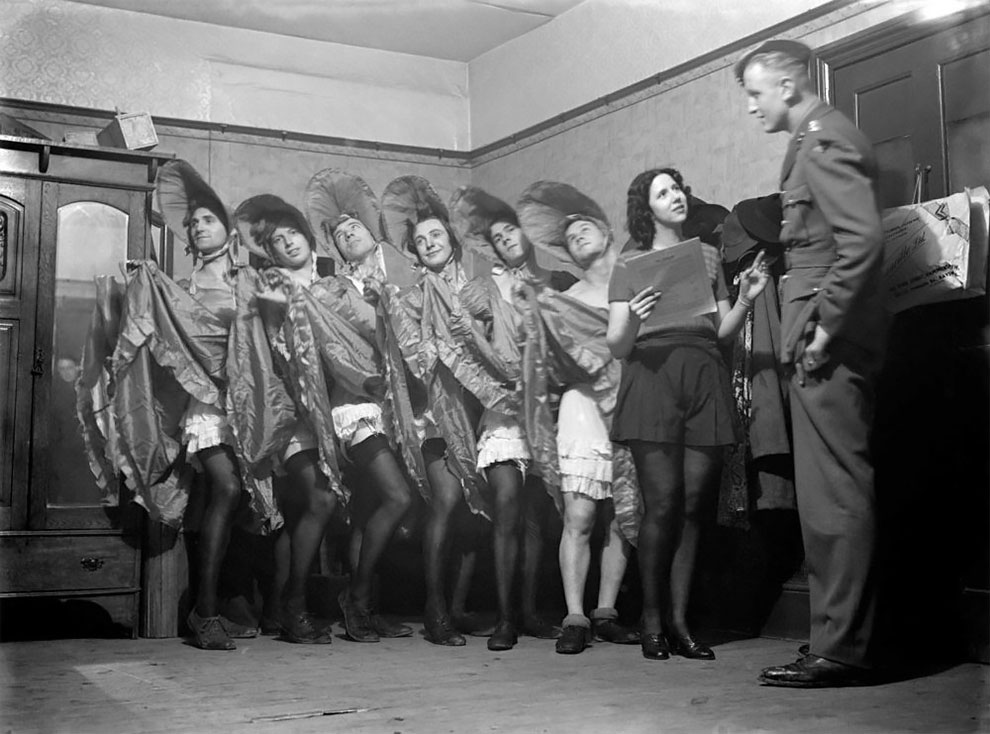 After the war, Topham revealed that the Ministry of Information was concerned that these specific pictures could undermine morale. It was feared that it would give the impression that British troops were not quite as masculine as the public believed. There may have also been concern that Nazi propaganda chiefs would use the images of the troops in drag shooting anti-aircraft guns to ridicule Allies. 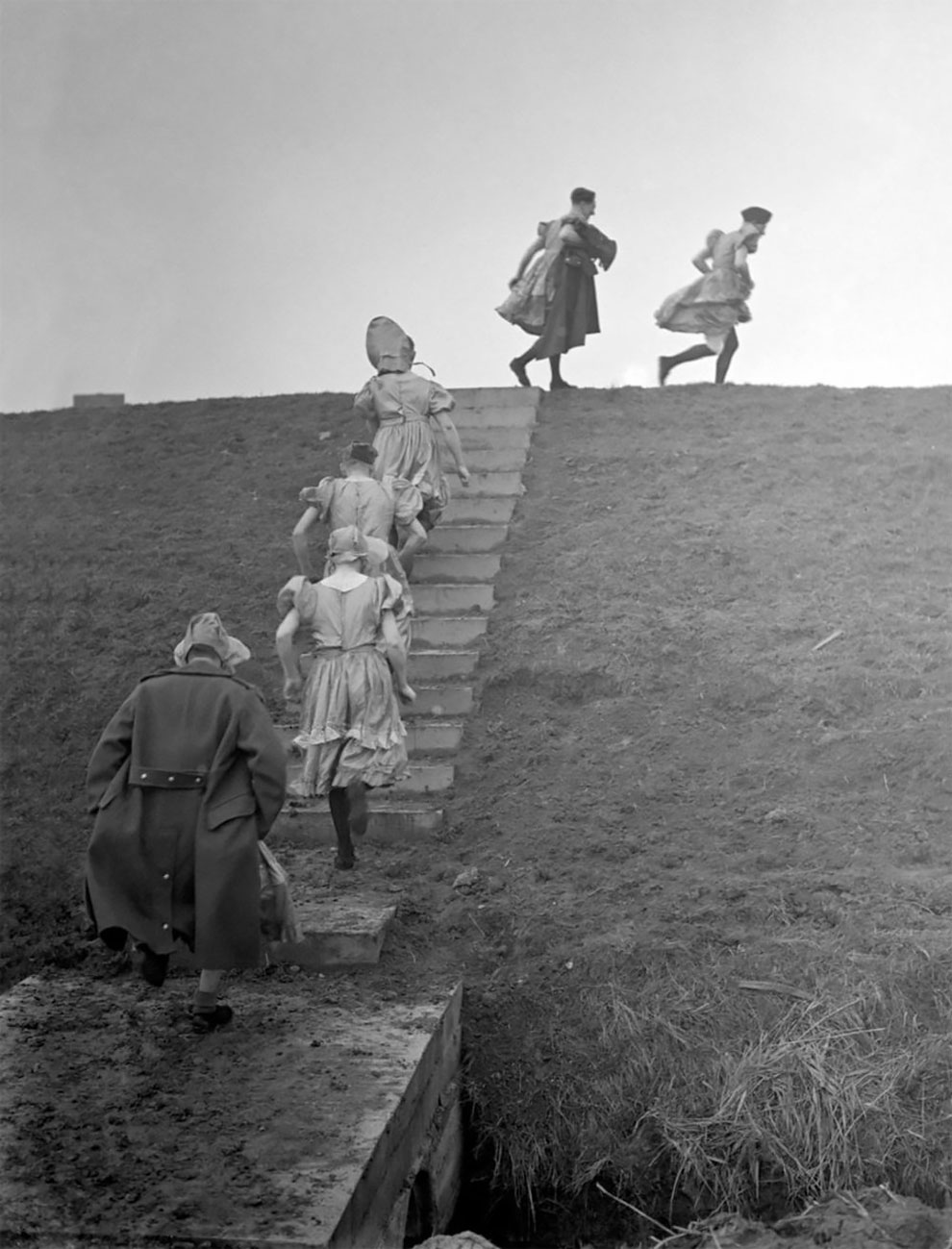 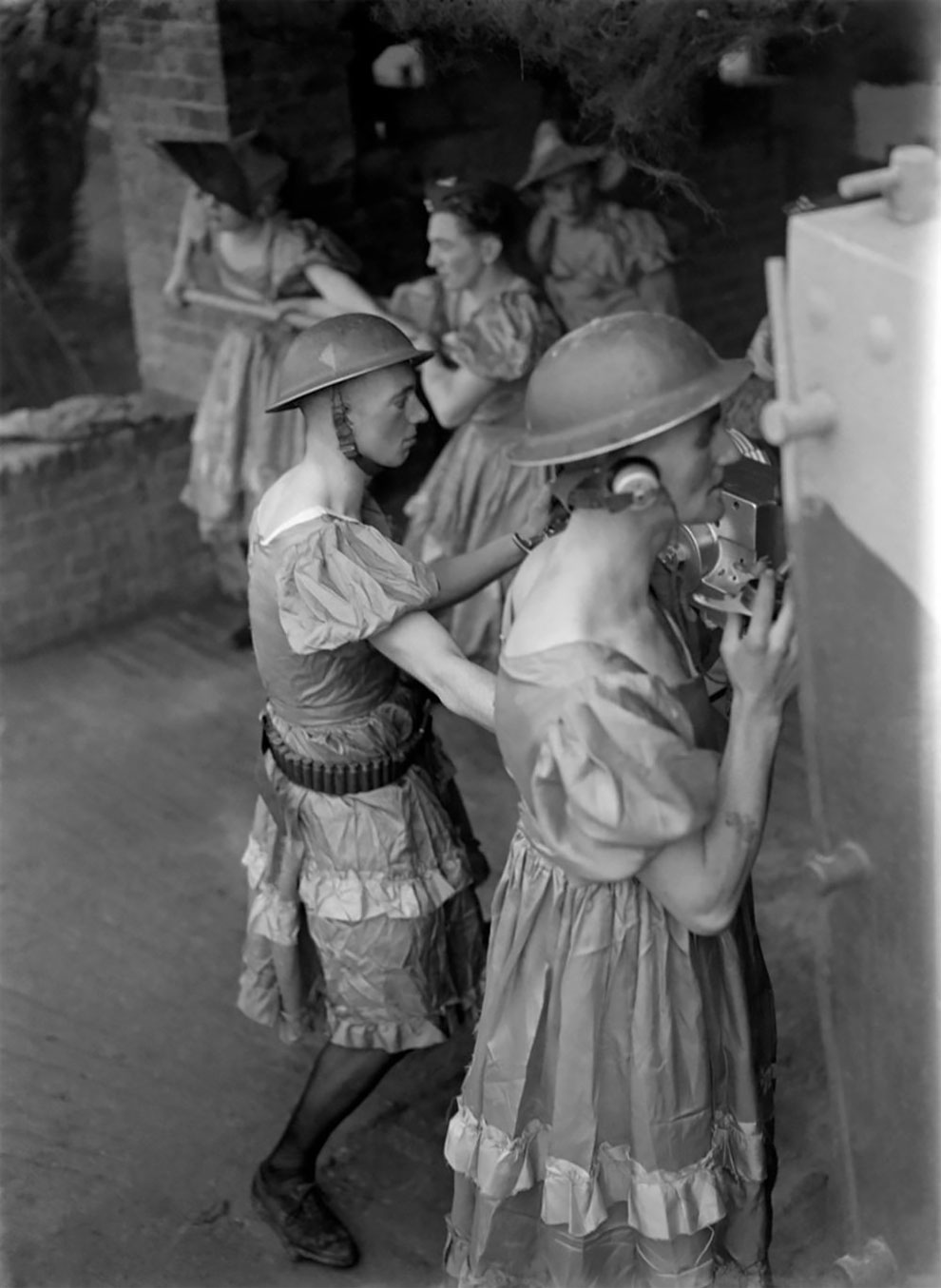 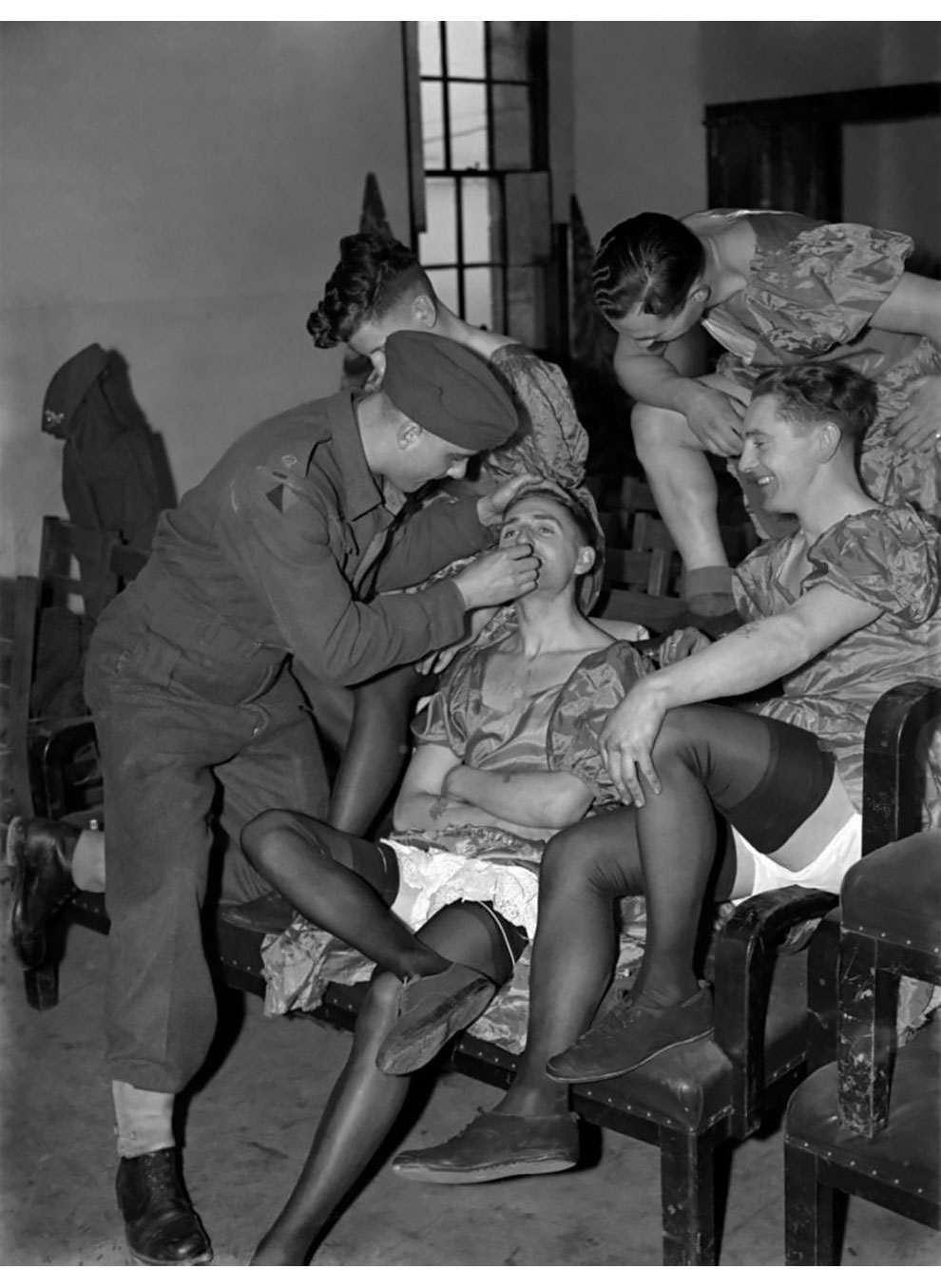 Lady Diana's Life Imagined: Artist Explores What it Would be Like if She Were Still Alive
Breakfast in Bed: Extraordinary Color Photographs Revealed the First Class of Air France in the 1950s
Lavazza 2020 Calendar By David LaChapelle
Donut Doubles by Brandon Voges
Russian Silver Age Poet Sergey Yesenin Become An Instagram Star
Spectacular Winning Images of the International Portrait Photographer of the Year 2021
This Spectacular Image Of The Moon's Surface Is The Combination of 100,000 Photos
31 Stunning Black And White Photos Of Europe In The Fifties Through A Soldier‘s Lens
Once in Harlem: Intimate Portraits of Harlem Residents Taken by Japanese Photographer Katsu Naito
Vintage Photographs Document the Defiant Street Styles Of Swiss Rebel Youth From The Late 1950s Through The '60s
Swedish Designer Transforms Retro-Styled Household Appliances Into Series Of Cross-Stitch Art
Flying Over the Frozen Waters
“Workwears”: We Are Not Our Jobs, A Photo Project By Bruno Fert
Daphne Guinness for Tatler Hong Kong, March 2012
Photo Series Shows That More Symmetrical Doesn't Mean More Beautiful
Surreal And Fine Art Portrait Photography By Konrad Bąk
Robots at CES 2012: Hard Working, Funny and Dancing
Inside The Crumbling Luxury Mansions Left Abandoned On London’s Billionaires’ Row
Cutest Finalists Of Animal Friends Comedy Pet Photo Awards 2021
Beautiful Photos Of The Thousands Of Tulips Got Under Snow On The Biggest Tulip Farm In Moldova
These Photo Portraits Of People Watching Porn Are Funny, Sweet And Very Awkward
Photographer Shows The Behind-The-Scenes Of Pitch-Perfect Instagram Photos, Again!
Girls and Boys With Their Color-Coded Things
Portraits of Swiss “Halbstarken” Girls With Very Big Hair in the 1950s and 1960s
dresses, retro, soldiers, UK, WW2