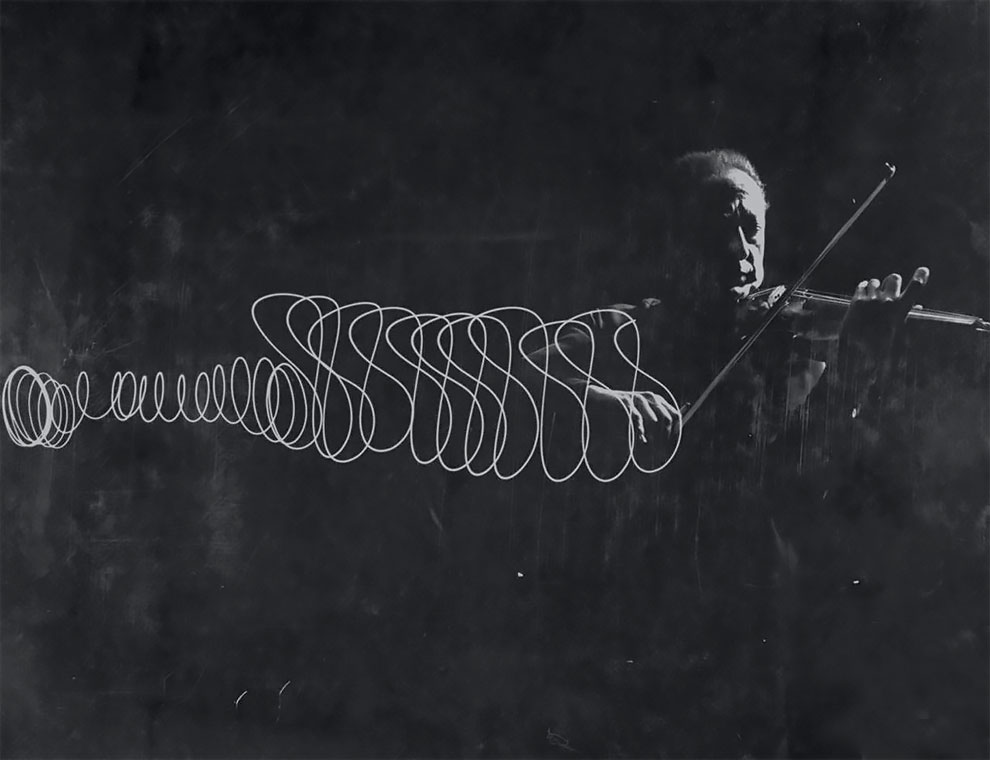 This photograph represents the meeting of two great 20th-century artists. Famed violinist Jascha Heifetz was known for his incredible technical precision, which made him the perfect subject for a series of light paintings by the photographer Gjon Mili.

Mili is probably best known for his 1949 series of photographs in which he encouraged Pablo Picasso to draw with light, creating images that could be captured by the camera, but not by the human eye. For his series with Heifetz, Mili attached a light to the violinist’s bow and had him play in Mili’s darkened studio, letting the camera record the bow’s movement through a variety of pieces and styles. In this one, you can practically see music spilling over Heifetz.

Mili created a whole series of these Heifetz images for LIFE Magazine. 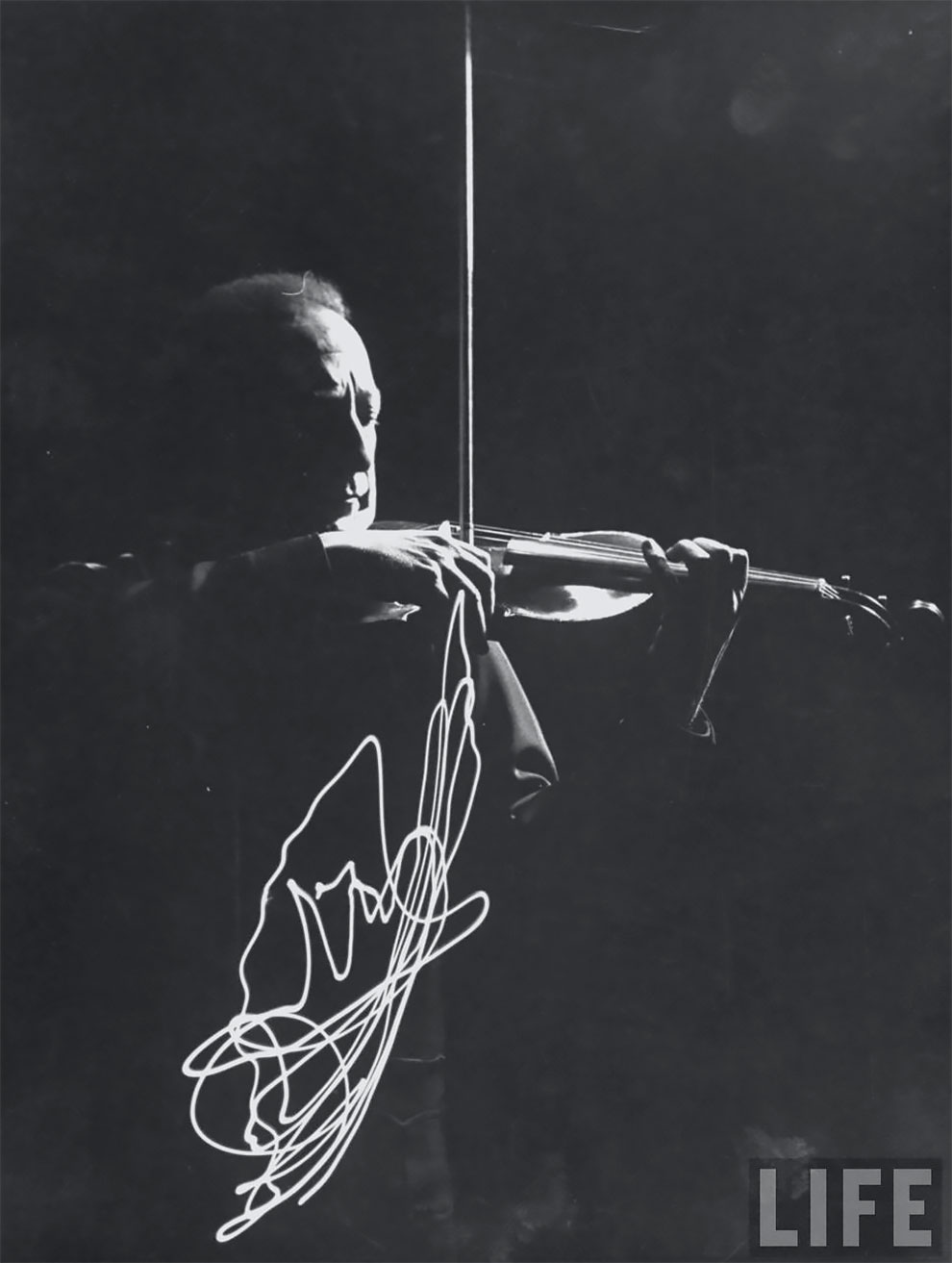 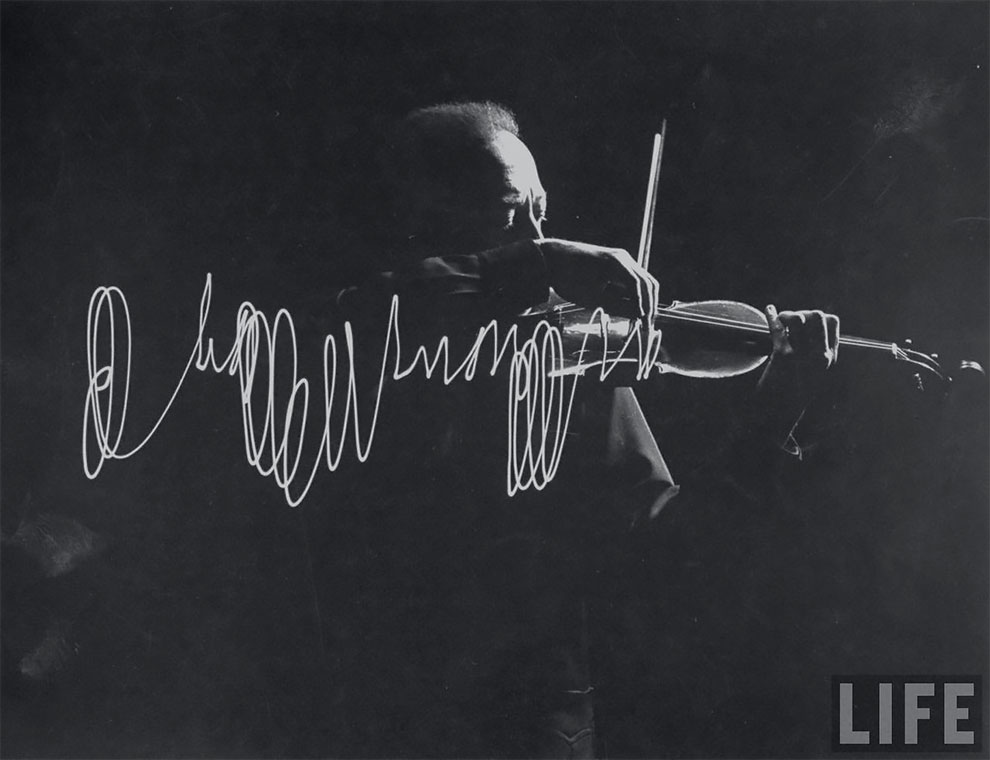 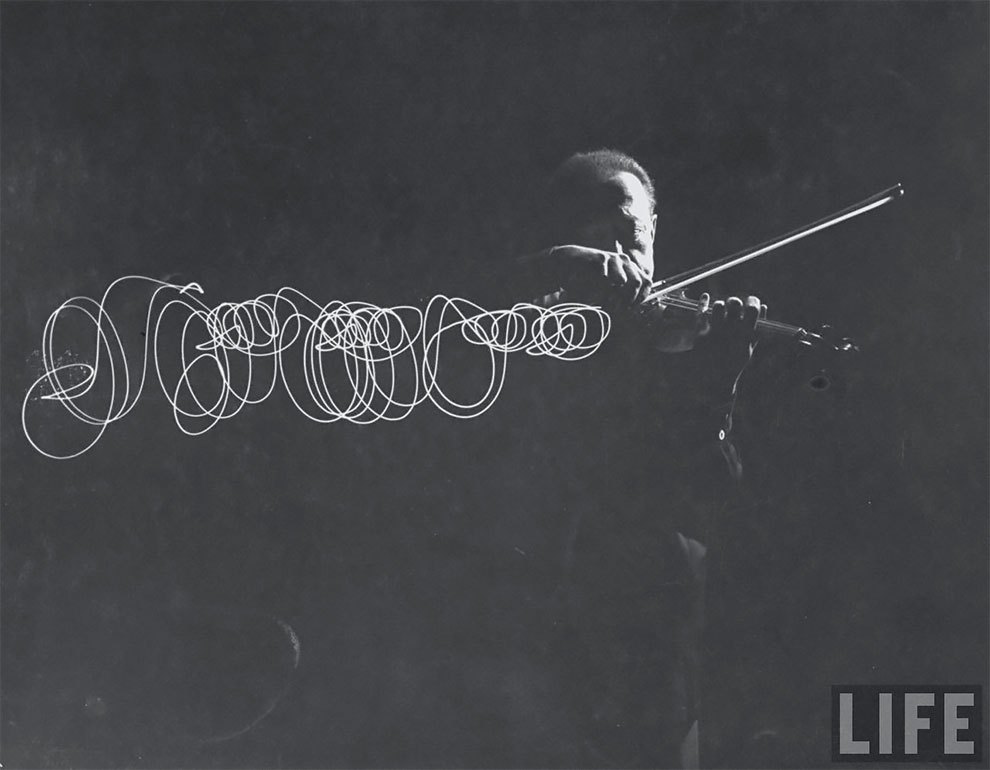 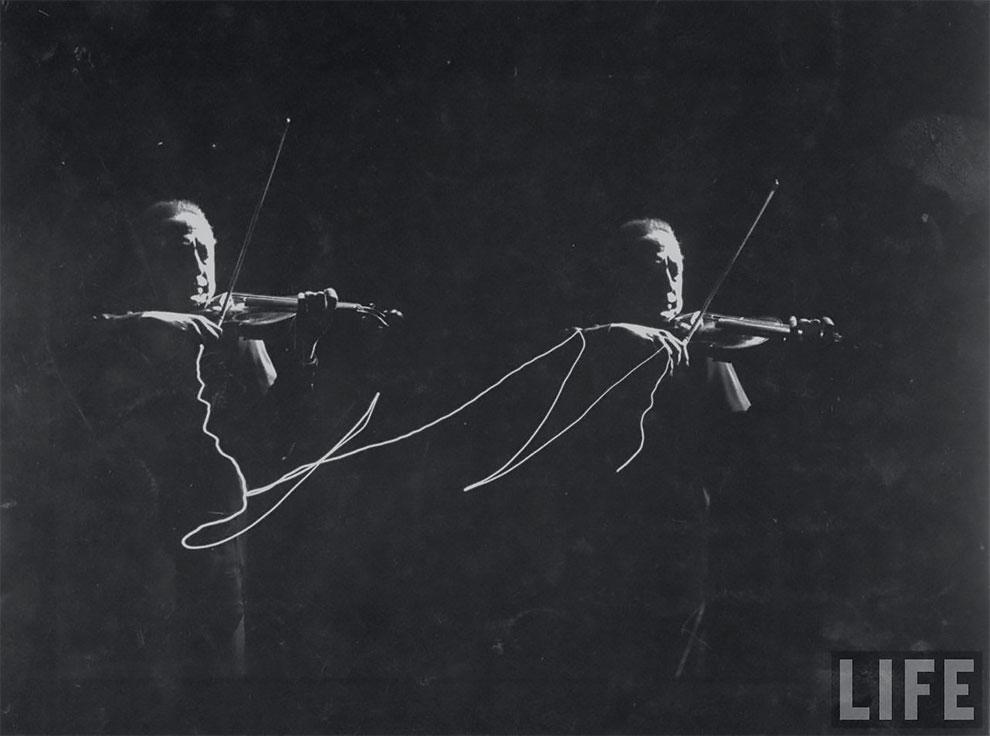 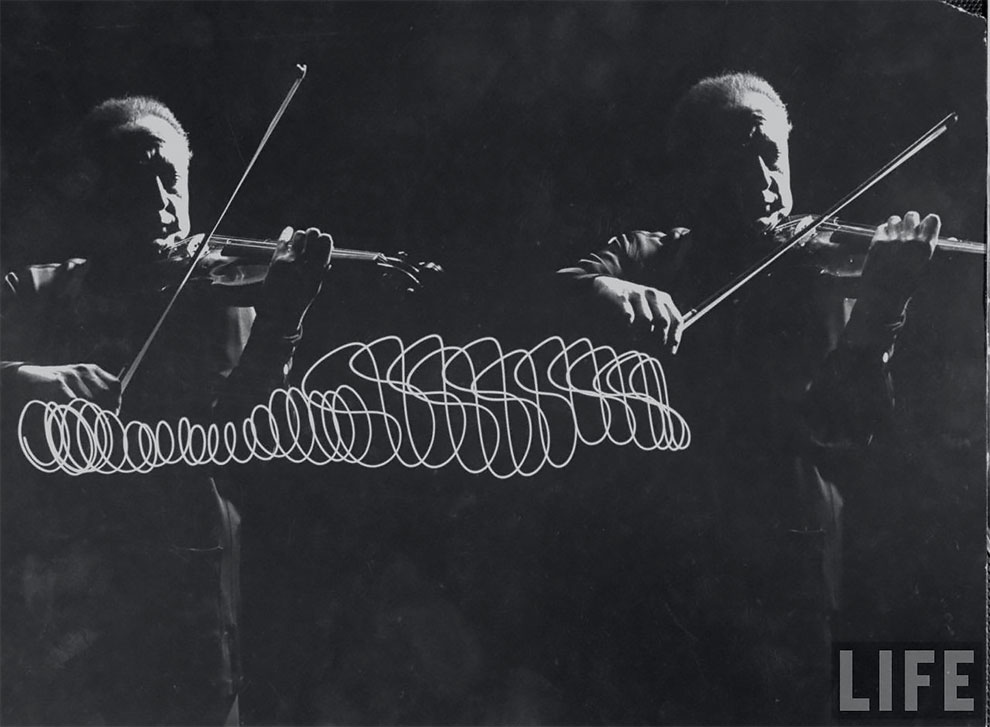 Winners Of The Emerging Talent Award By The Independent Photographer
Here Are The Winners Of The 2016 iPhone Photography Awards
Creative Nightscape And Astrophotography By Jaxson Pohlman
Australian Ballet Perform At Qualia Hamilton Island
1990s Teenagers and Their Bedrooms Walls - Your Memories and Photographs of Being a Teenager
Vintage Photos Captured People Gargling To Against The Flu From The Early 20th Century
Haunting Colorized Photos Reveal The Devastation Caused By The Spanish Flu Which Killed At Least Fifty-Million
Haunting Photos Of Moscow’s Young Ravers And Their Lives After Dark
Rare Purple Crab Species Identified in Threatened Palawan Biodiversity
Plasticity And Dancing: Photographic Art By Sergey Sukhovey
NASA Shares 30 Breathtaking Photos Of Jupiter Taken By The Juno Spacecraft
This Is How Our Beautiful Planet Earth Looks from Above These Days of Global Pandemic
Gorgeous Series Of Flowers Encased In Ice
'The Winners' by Rafal Milach
Photo of the Day: Pluto’s Blue Sky
Life In Soviet Russia: Private Moments
20 Weirdest Images on Google Street View
The World's Largest Cruise Ships: A Look Inside
These Breathtaking Photos Of Outer Space Are Probably The Best Photos Captured From The ISS
How to Make a Doner Kebab
"Alien Architecture": Photographer Al Mefer Captures Futuristic Martian Architecture – In Benidorm, Spain
Breathtaking Underwater Photograhy By Tim Davis
The Magical Beauty Of Mushrooms Captured By Jill Bliss
We’re No Angels, But We’re Still Wonderful
Surreal Photos Of Abandoned Houses In The Arctic By Norwegian Photographer Britt Marie Bye
Southeast Asia From Above: Stunning Drone Photography By Ali Olfat
Spectacular Winning Images from The Wildlife Photographer of The Year 2020
Golden Globes 2020: Discover The Sumptuous Portraits Of The Winners
Photographer Gareth James
Here Are The 30 Best Photos That NASA’s Curiosity Has Taken After 7 Years On Mars
1950s, light, retro, violins