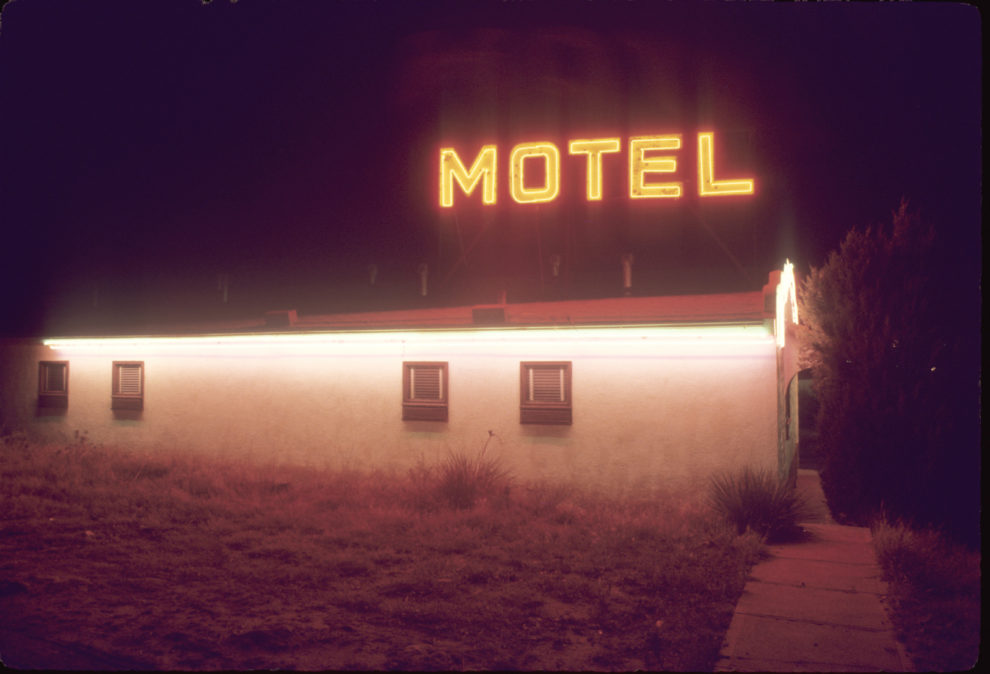 According to Mike Mandel: “Working on the Baseball Photographer Trading Cards, traveling throughout the country, my girlfriend at the time, Alison Woolpert, and I would stay at some, shall we say, “economy” motels. We pulled into one in Texas on a wintry night and upon waking in the morning we realized that the sheets had not been changed after the visit of the previous motel guest. 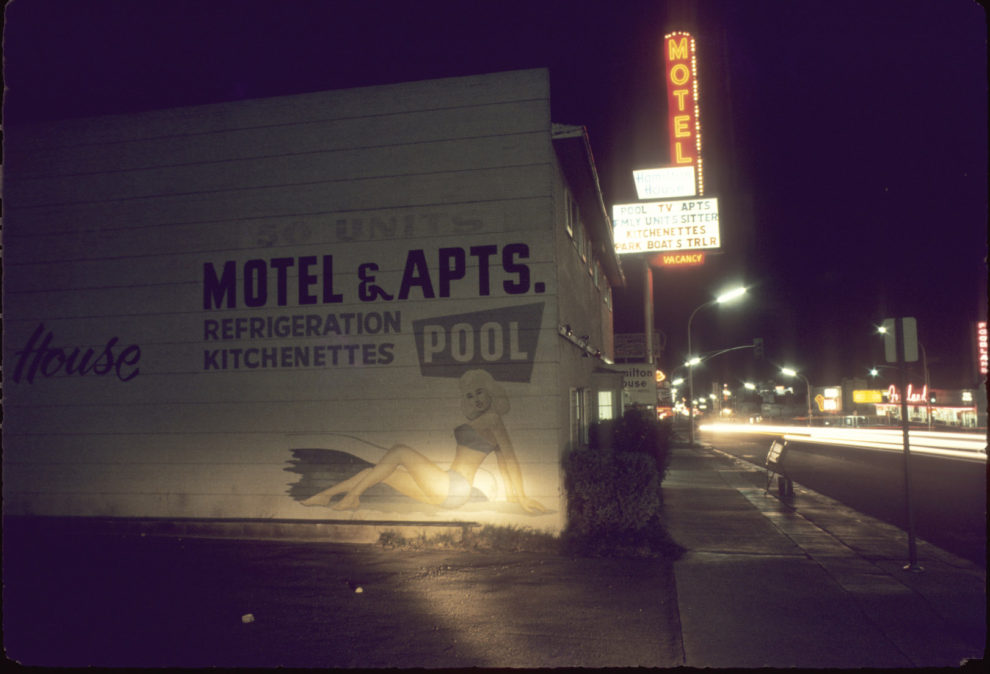 When we indignantly complained to the owner he shot us back a dirty look, “What do you expect for five dollars?” What we did expect was that no matter how shabby, beaten down or forgotten a motel might have become, there was always a motel postcard to be had: a memento of a one night stop, a promotional calling card, a free mailable note card to report back on the progress of a vacation to those back home. 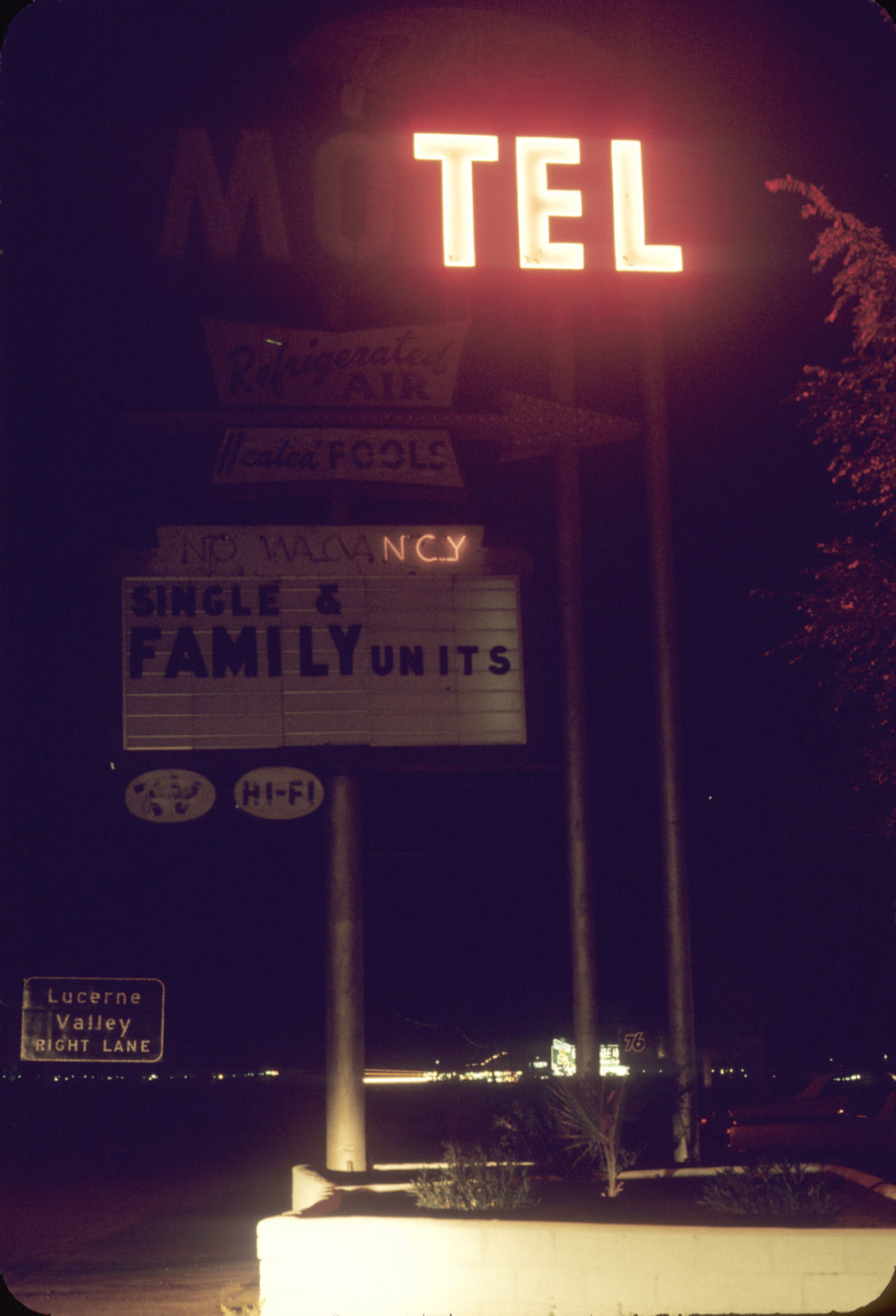 We would often take the back roads, sometimes follow old Route 66, and we would find those sad, forsaken motels that had been sucked almost out of existence by the newer corporate chains situated just off an exit ramp on the newer highways. We bypassed Motel 6, Travelodge and Howard Johnson’s. After all, their postcards were usually just the same design with a different address. But we’d go out of our way to stop at every independent motel we could find in hopes of finding a postcard that would be even more banal than the one we had just found down the road. 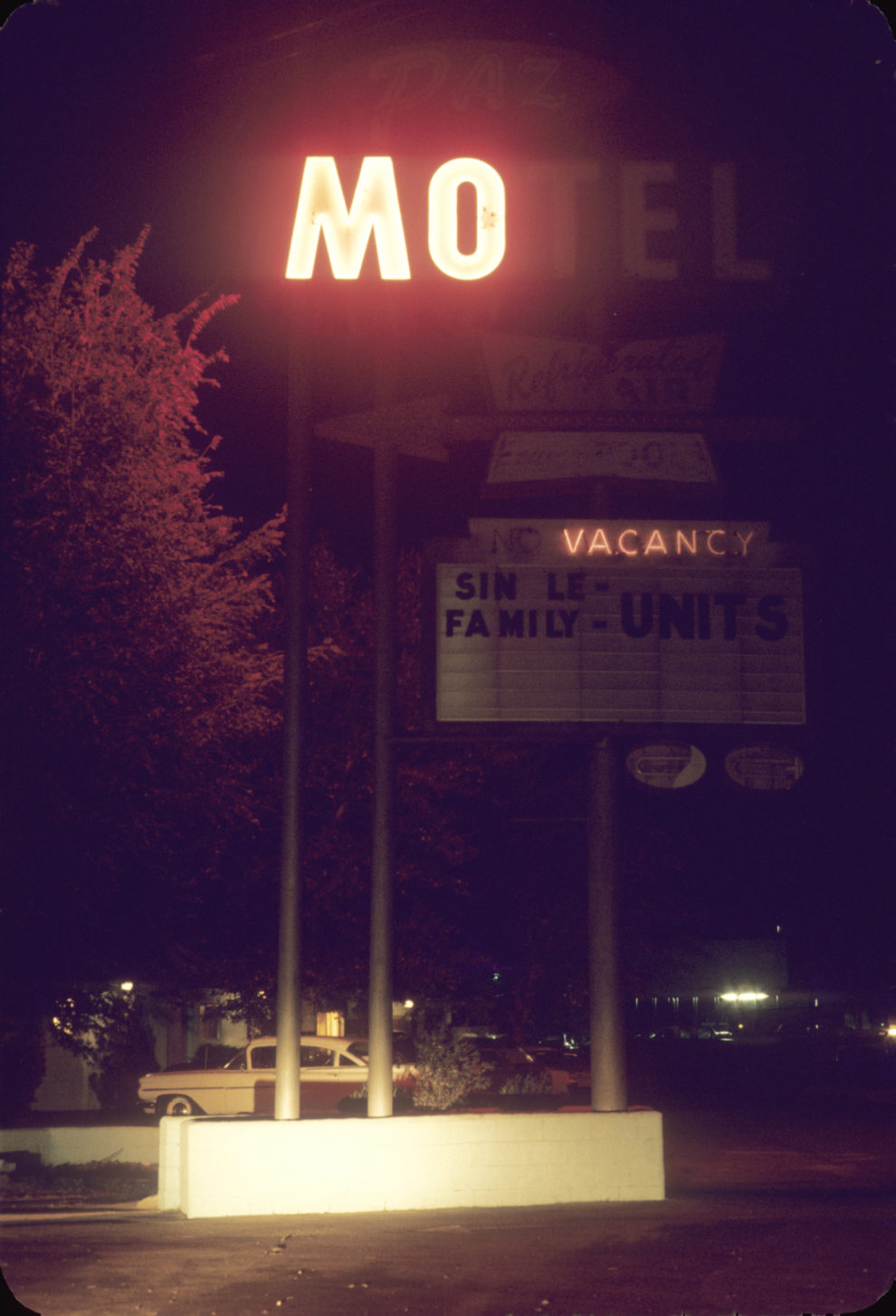 This led, inevitably, to my photographing the motels themselves: interiors, pool sides and architecture. The project was always there whenever there was an opportunity to travel. The postcards kept piling up. My only problem with the photographs was that I was usually shooting black and white film, which just didn’t capture the true flavor of the place. 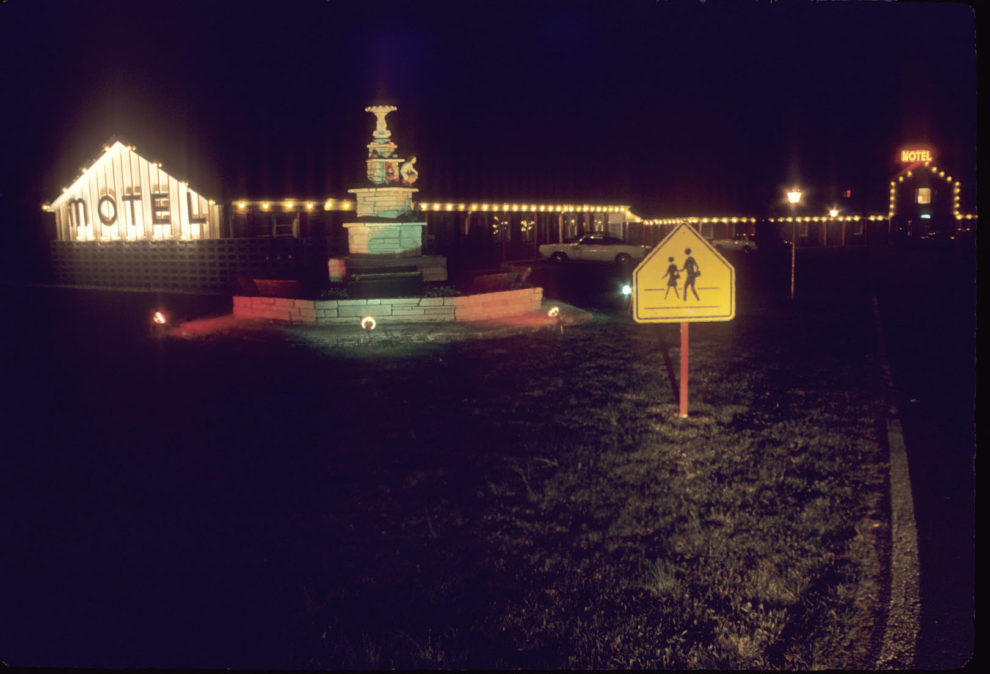 I suggested to Larry that we ought to make a “Boring Postcard” book, the motels could be just one chapter. But after Evidence he didn’t feel it had the conceptual breadth to come next. Years later he asked me, “Why didn’t you fight harder for us to make this book? We could have beaten Martin Parr by 20 years!” As I remind my daughter, who is eight years old as of this writing, “It’s not a competition.” The postcards and the photos have found their way here. But the motels, for all I know, are probably long gone.” 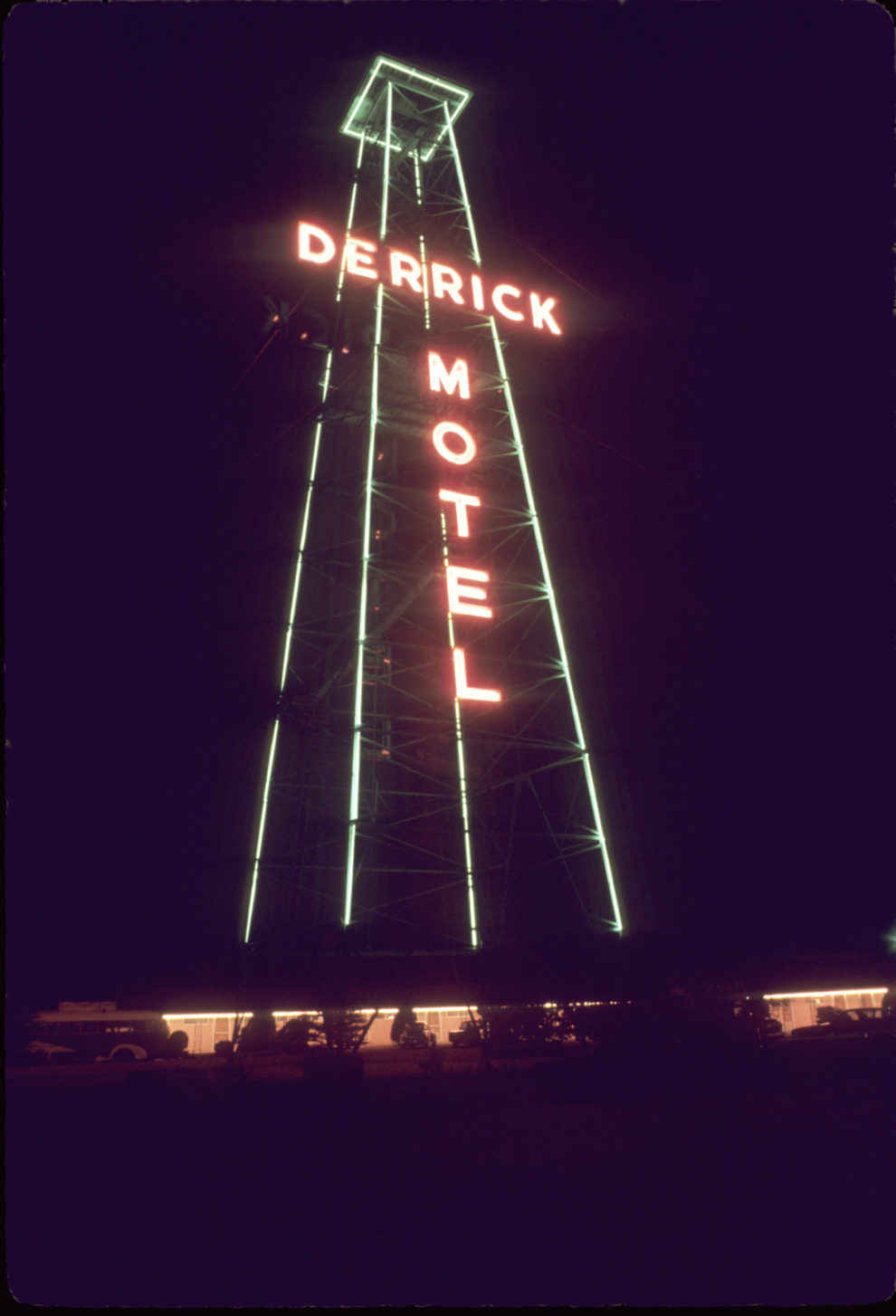 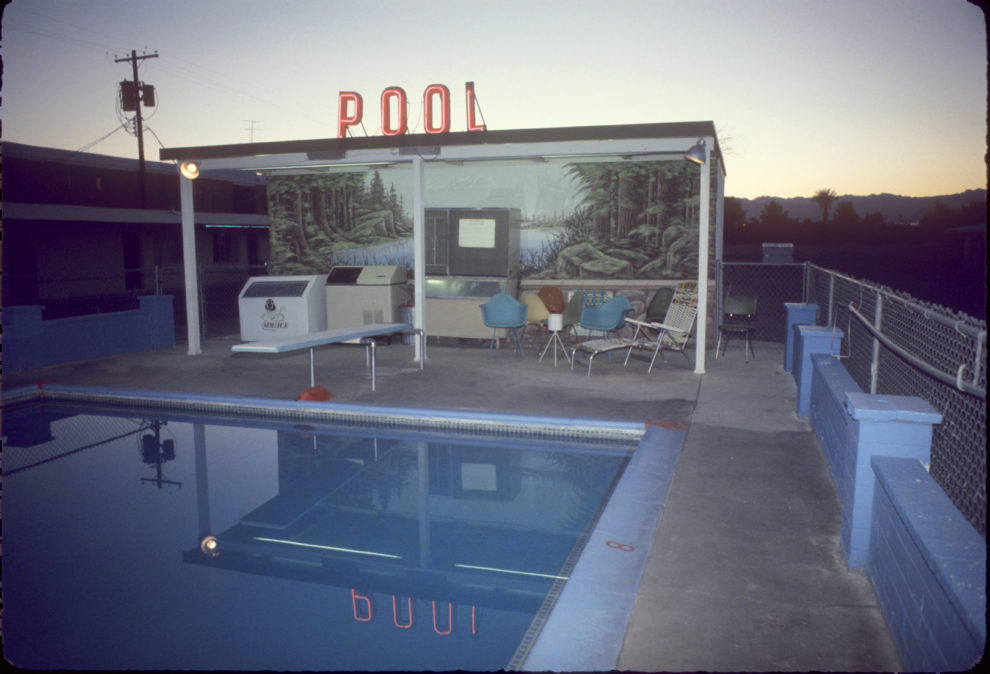 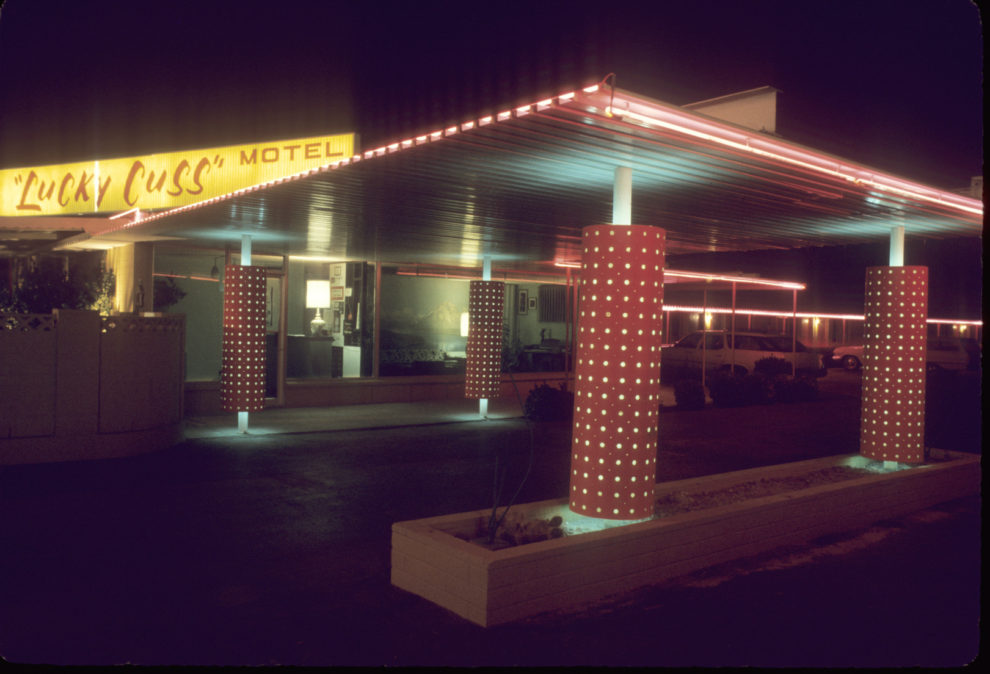 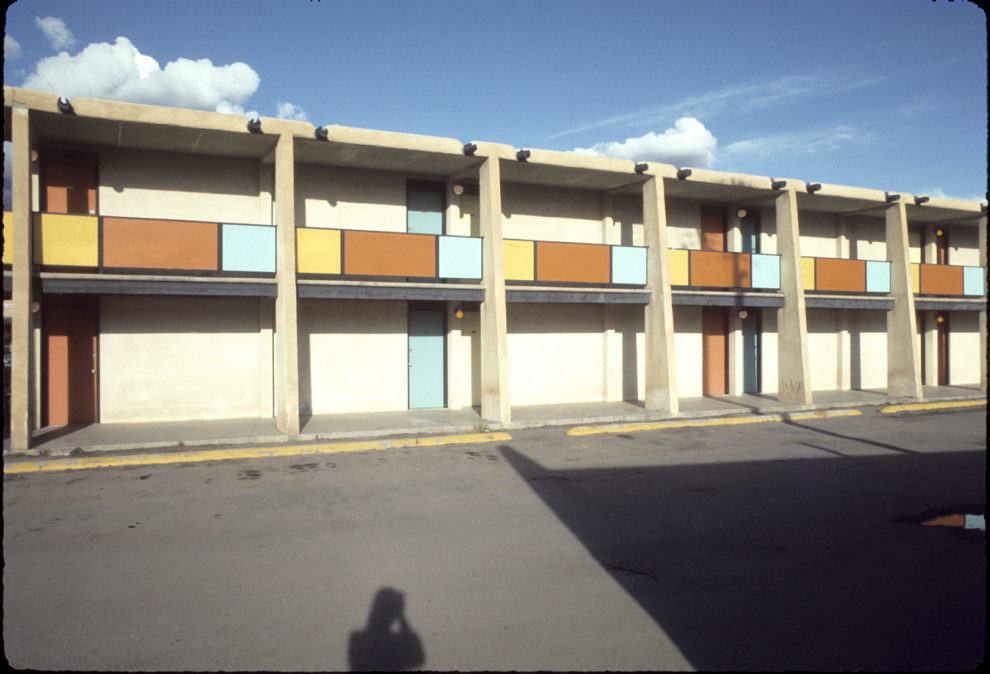 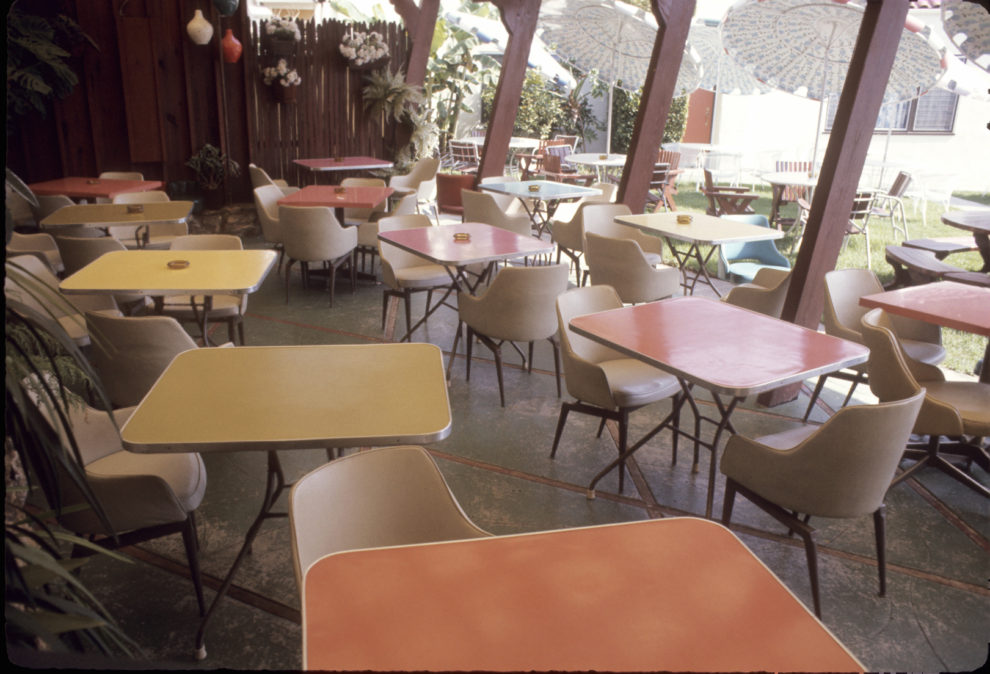 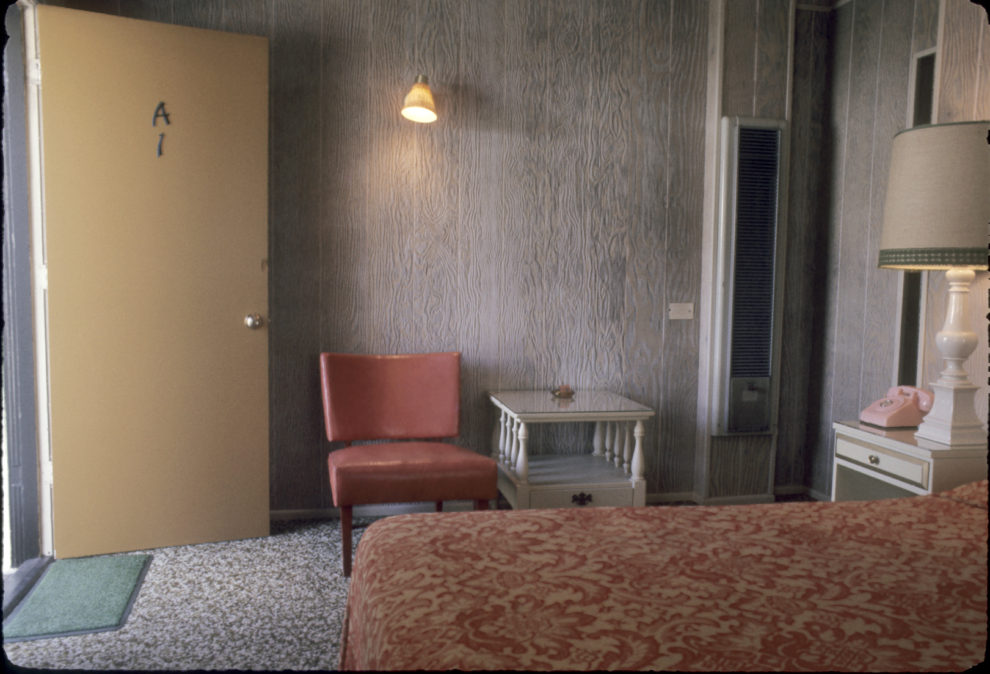 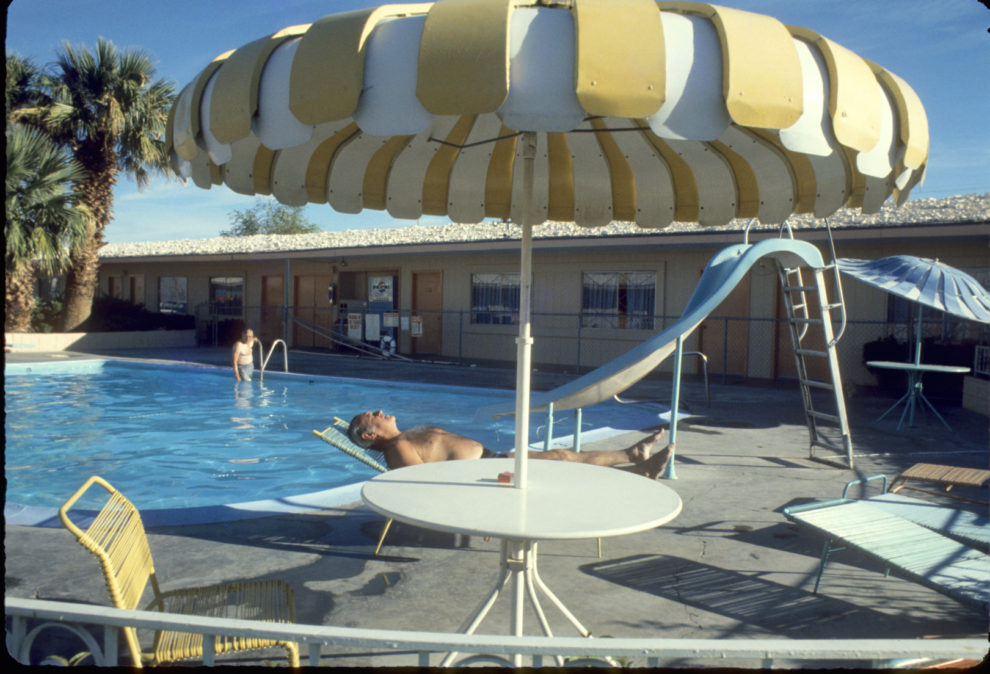 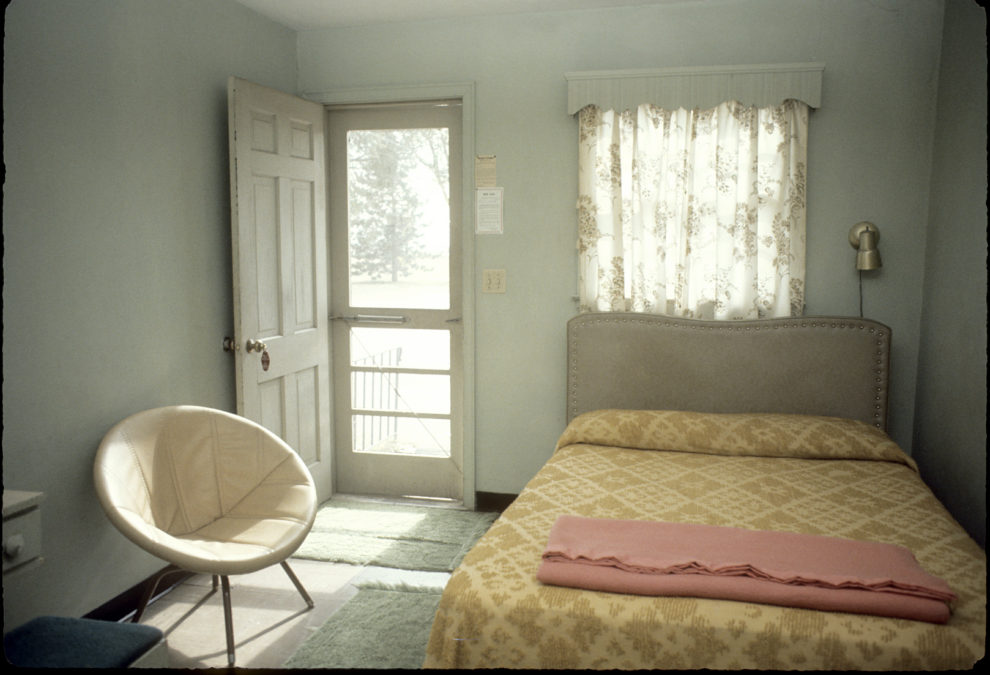 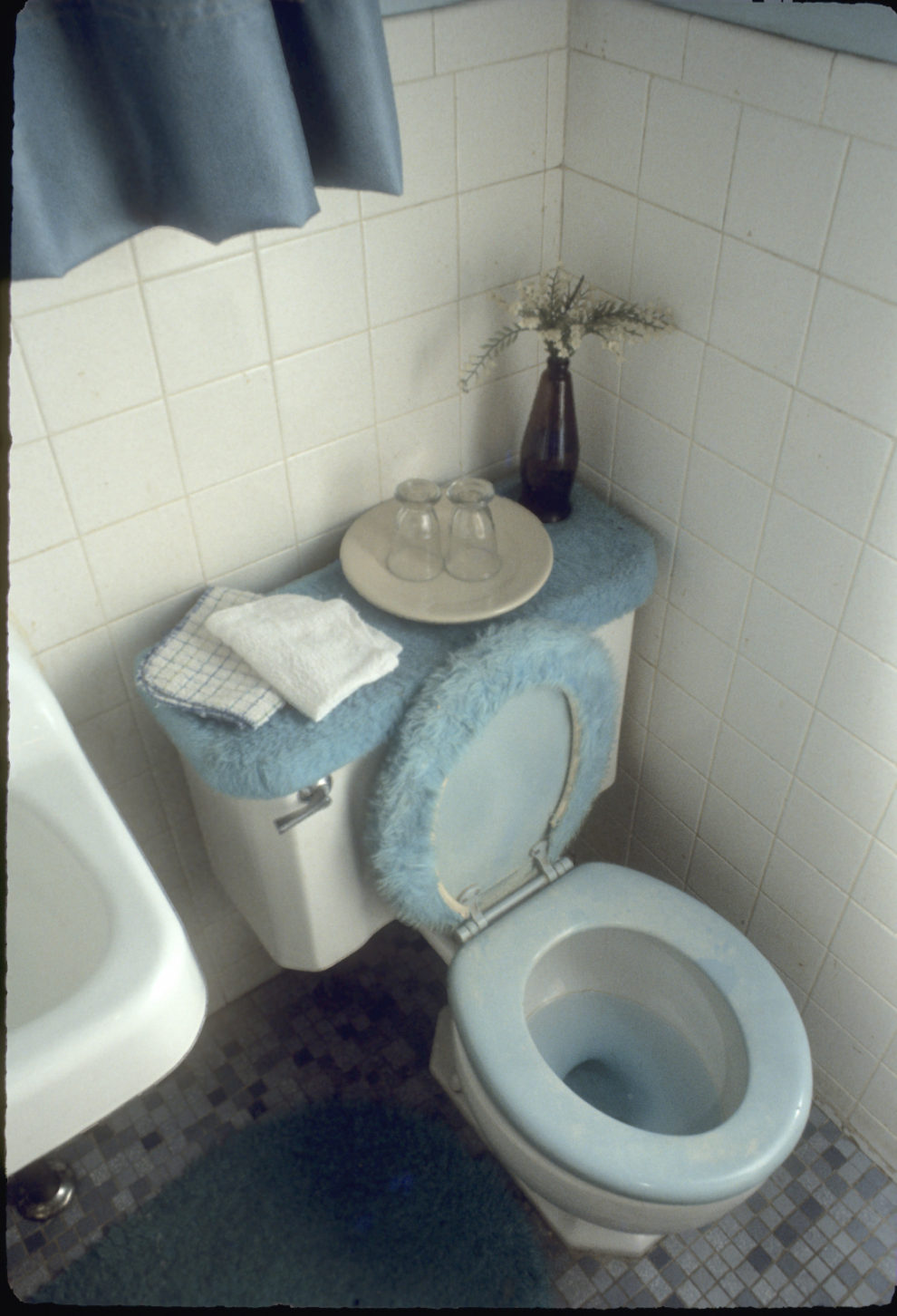 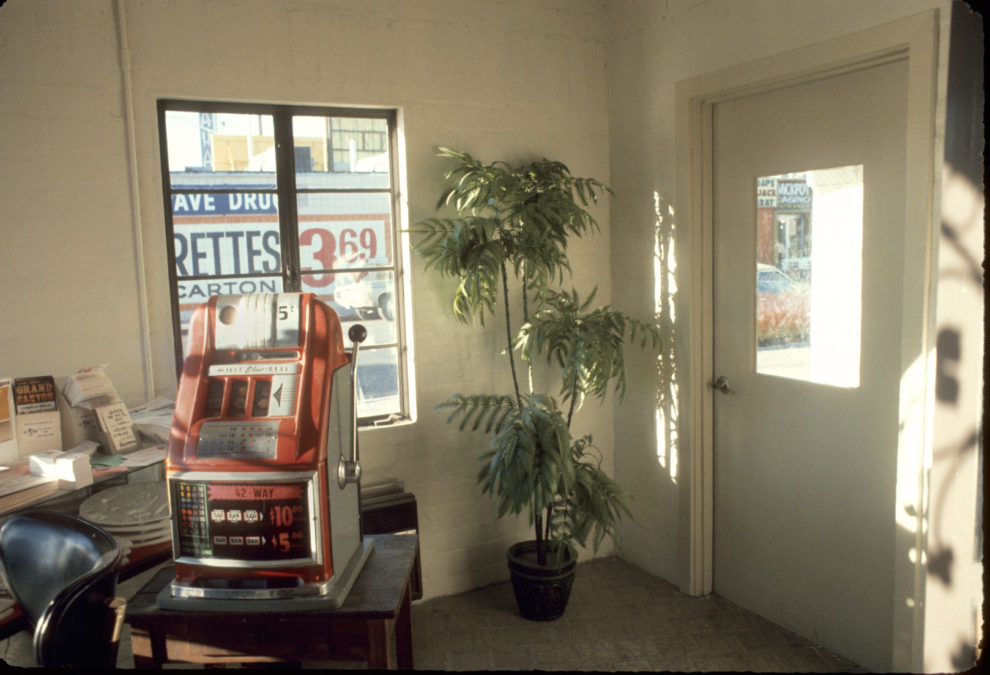 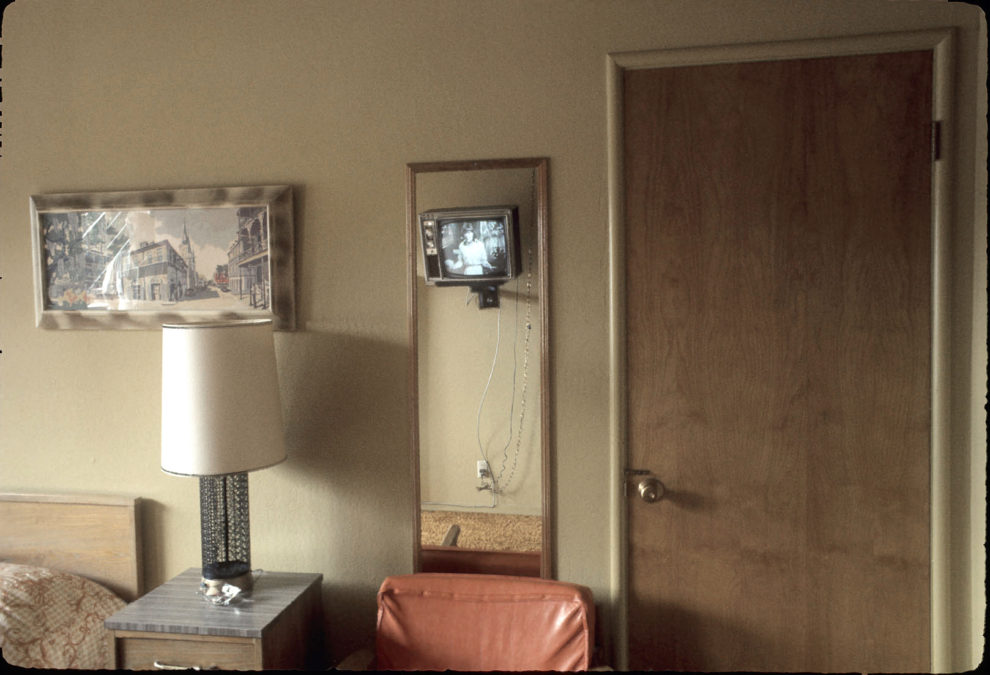 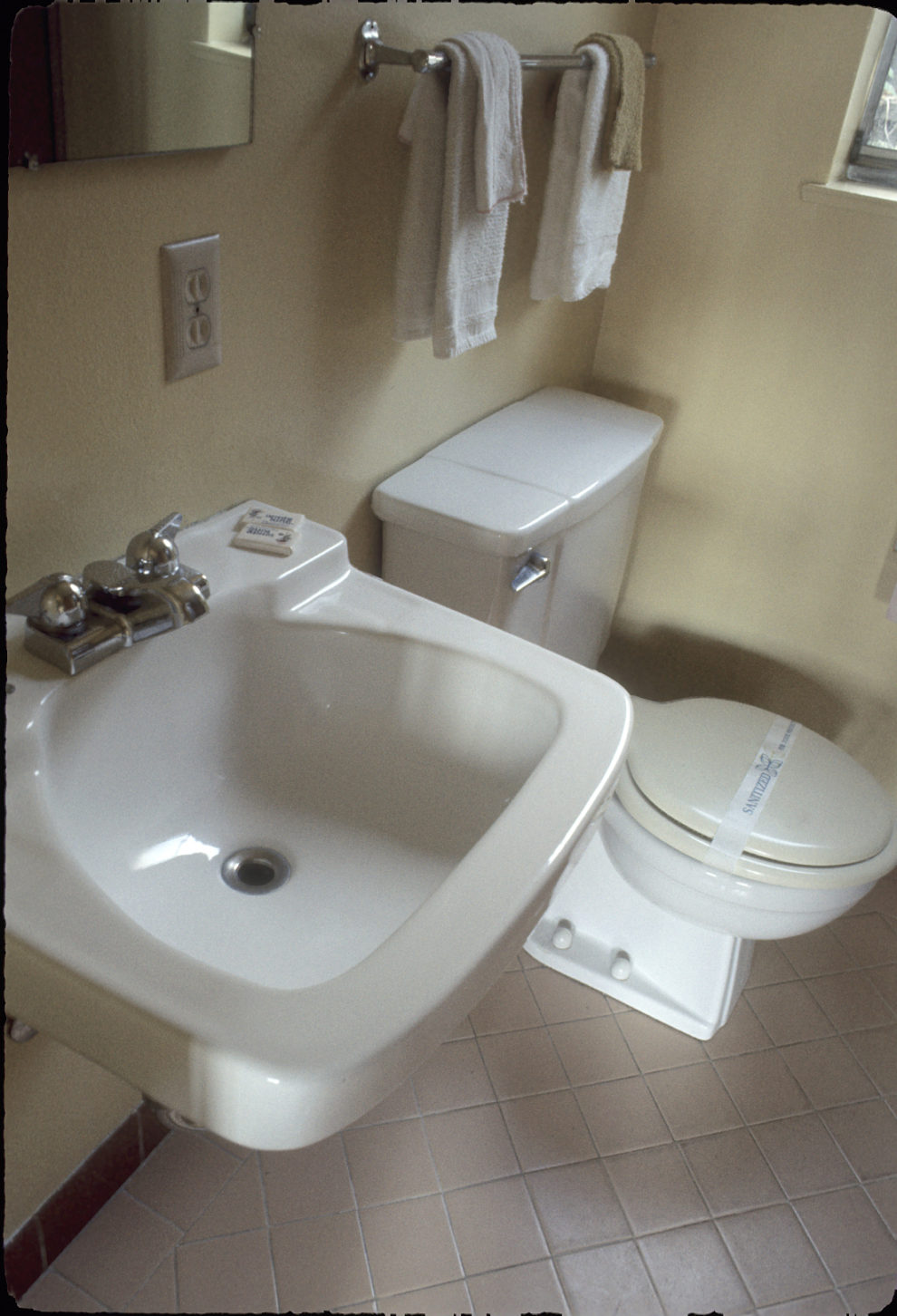 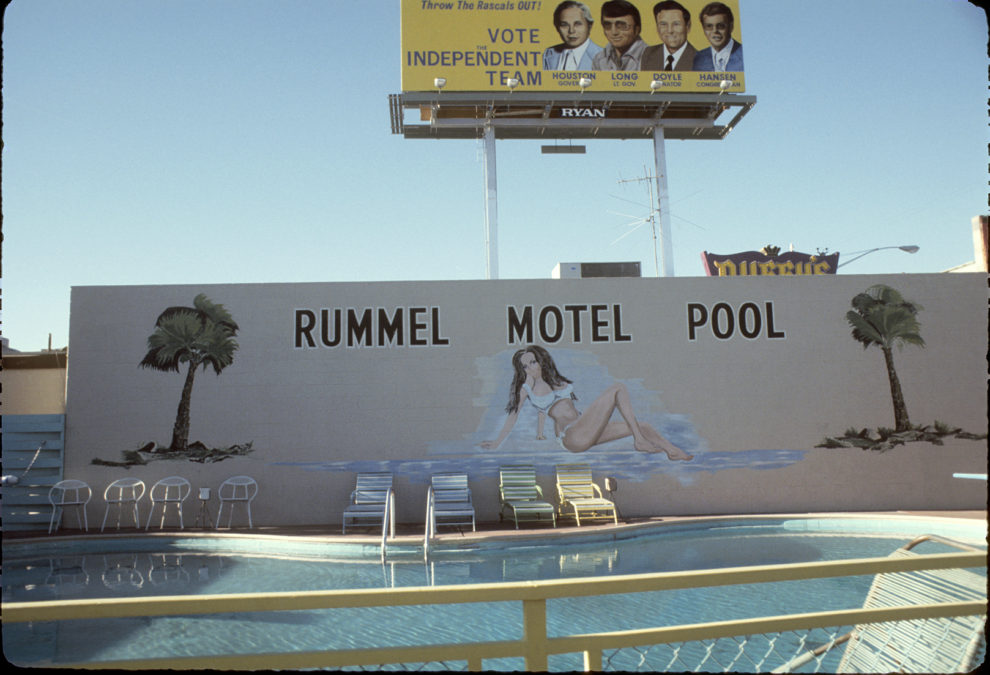 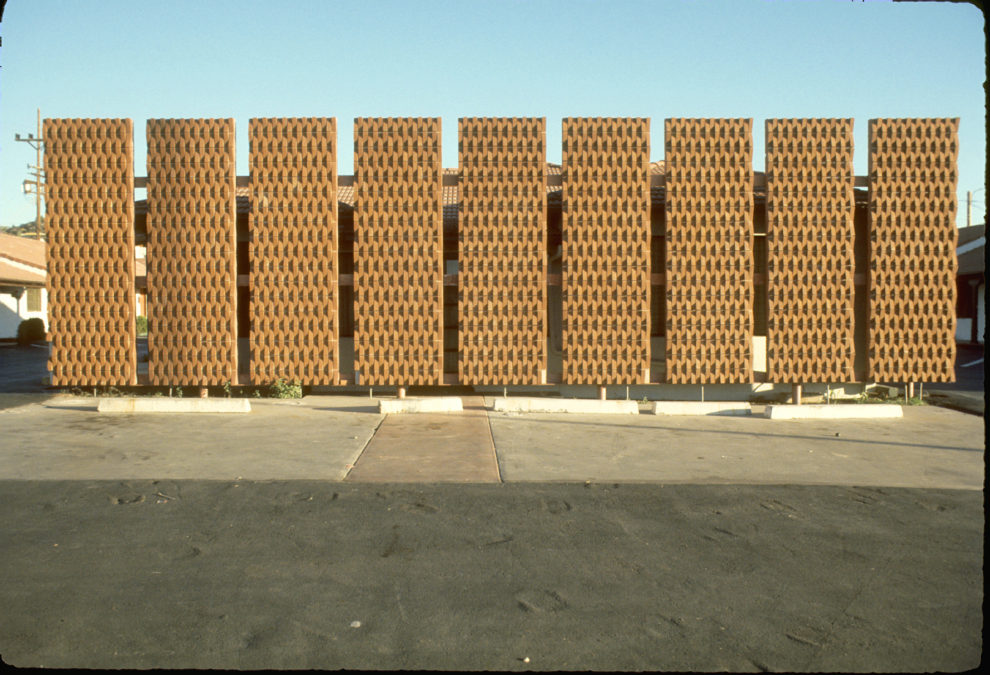 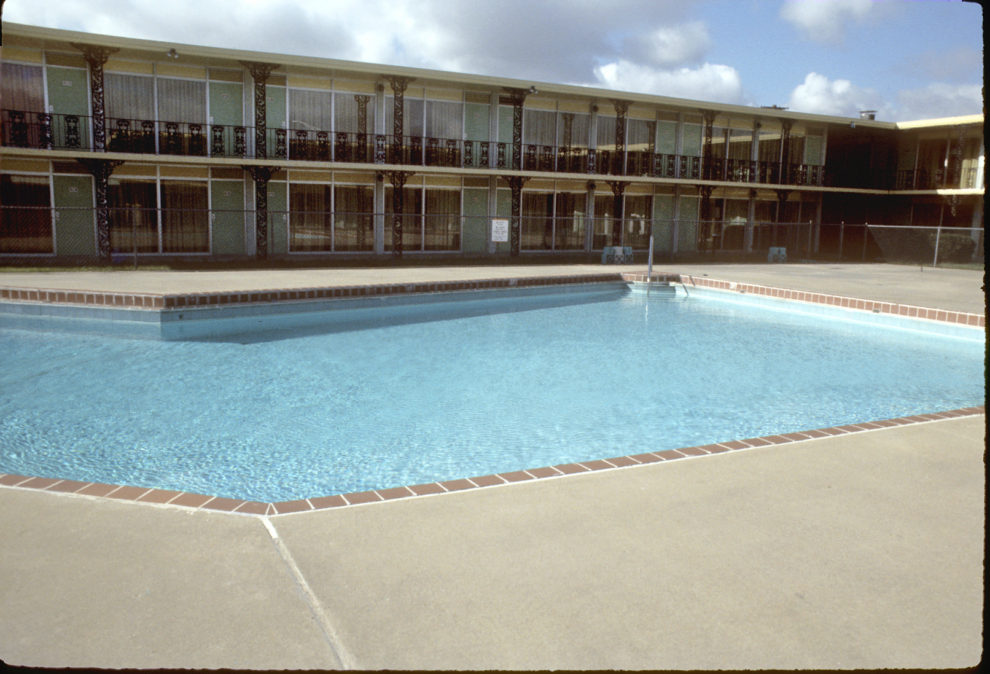 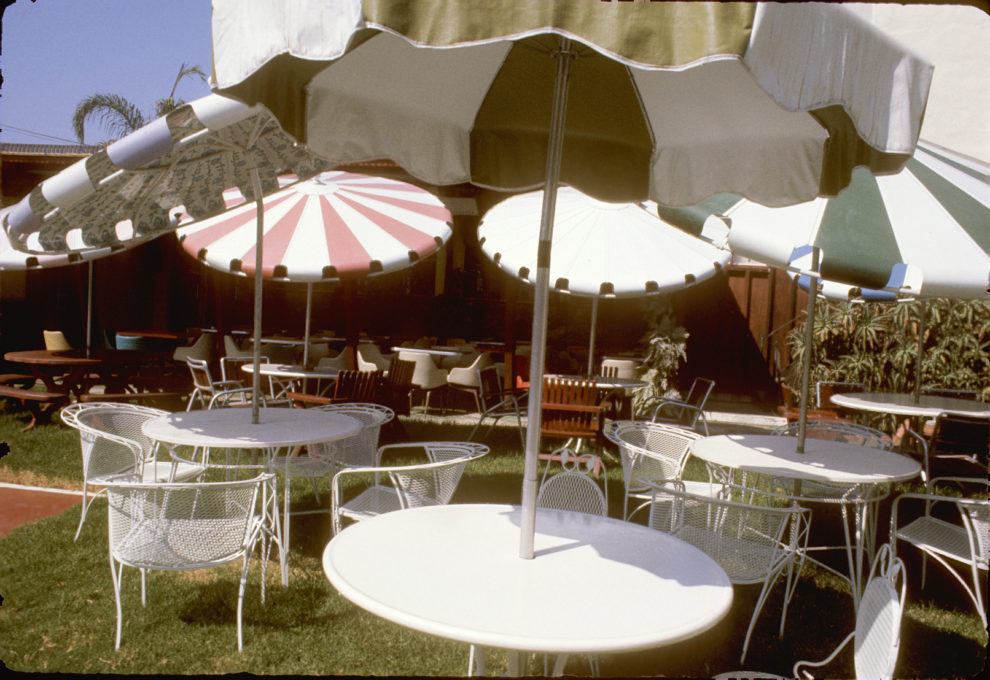