The Spectacular Winners Of The 10th iPhone Photography Awards 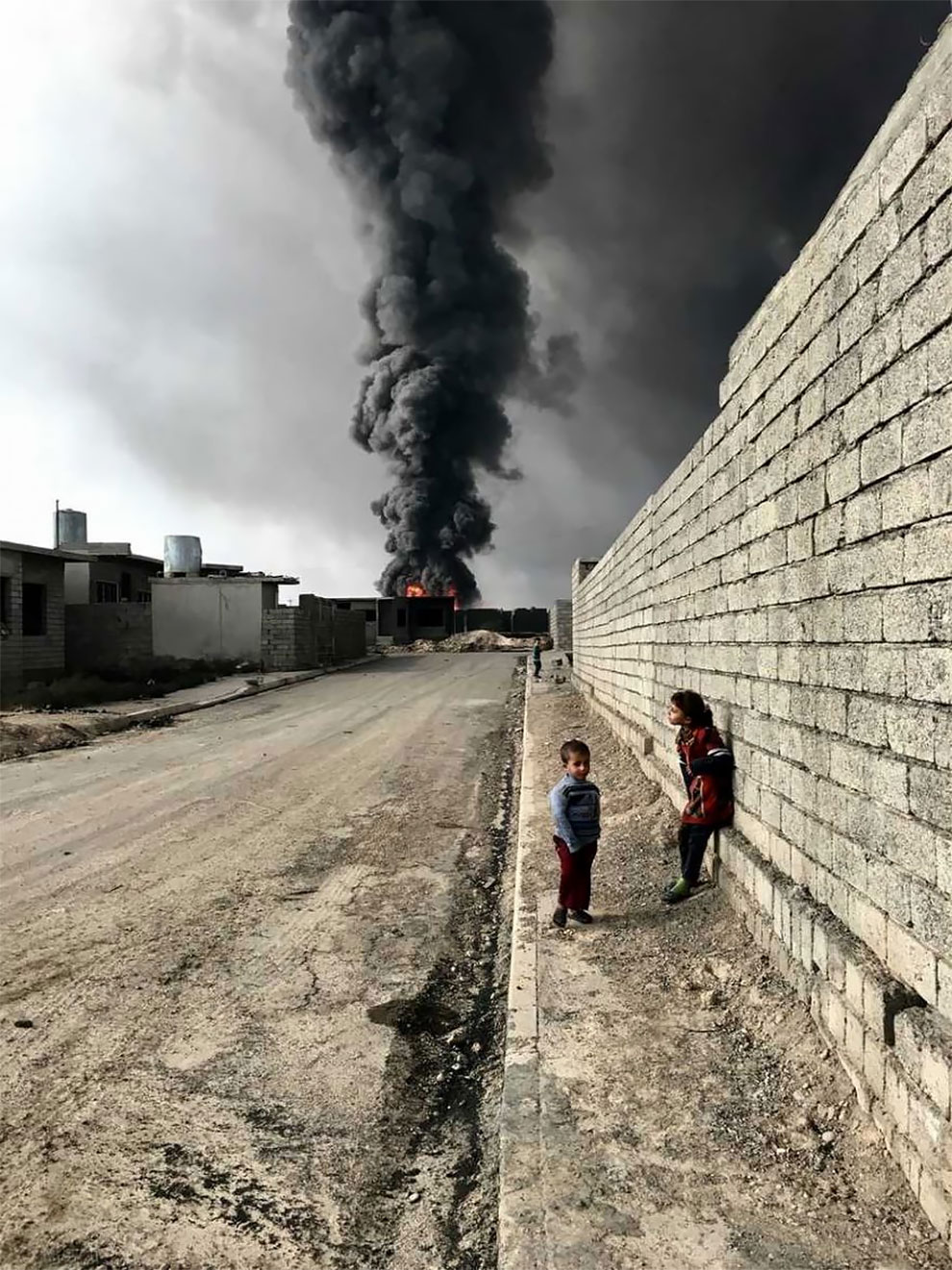 The iPhone Photography Awards has announced the winners of its 10th annual contest. The event saw iPhone photographers from 140 countries across the globe saw some great stories conveyed through photographs. With thousands of pictures carrying multiple stories from around the world, Apple chose some of the most distinguishing ones as the winners across multiple categories.

Here: Grand Prize Winner, Photographer of the Year: Sebastiano Tomada, Children of Qayyarah. “Children roam the streets in Qayyarah near the fire and smoke billowing from oil wells, set ablaze by ISIS militants.” 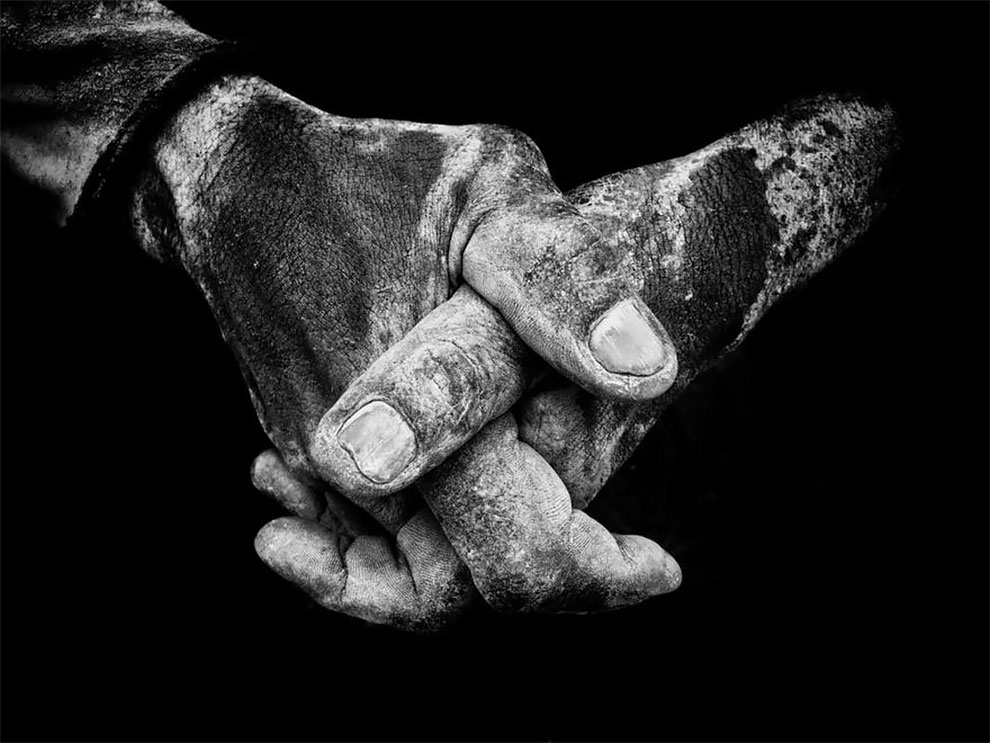 1st Place, Photographer of the Year: Brendan O Se, Dock Worker. “I shot this photo on an early morning photo walk around the docks in Jakarta in April 2016. These were the hands of a dock worker who was taking a break. I was struck by the texture created by the accumulated dirt on his hands.” 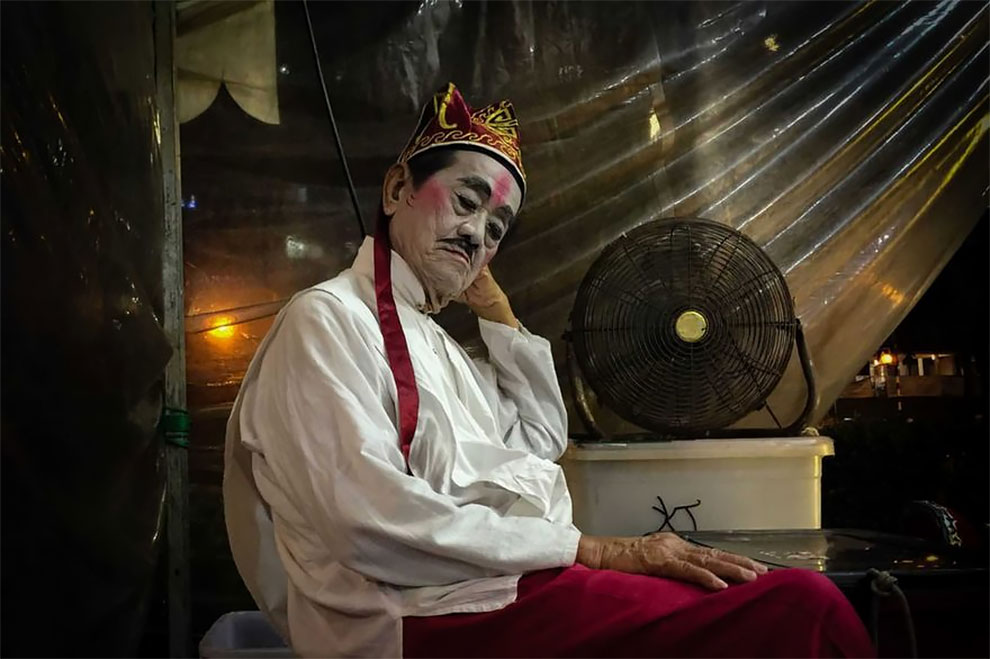 2nd Place, Photographer of the Year: Yeow-Kwang Yeo, The Performer. “Chines traditional street opera is part of the Chinese culture. Unfortunately, the young generation in Singapore is no longer interested. Hence the street opera is fast disappearing. Instead of shooting their performance, I decided to go the back of the stage to capture the performers’ preparation activity. I spotted this experience performer who is taking a short rest and was waiting for his turn to perform. I was attracted by the lighting of the old plastic curtain, electric fan, and the overall calm atmosphere.” 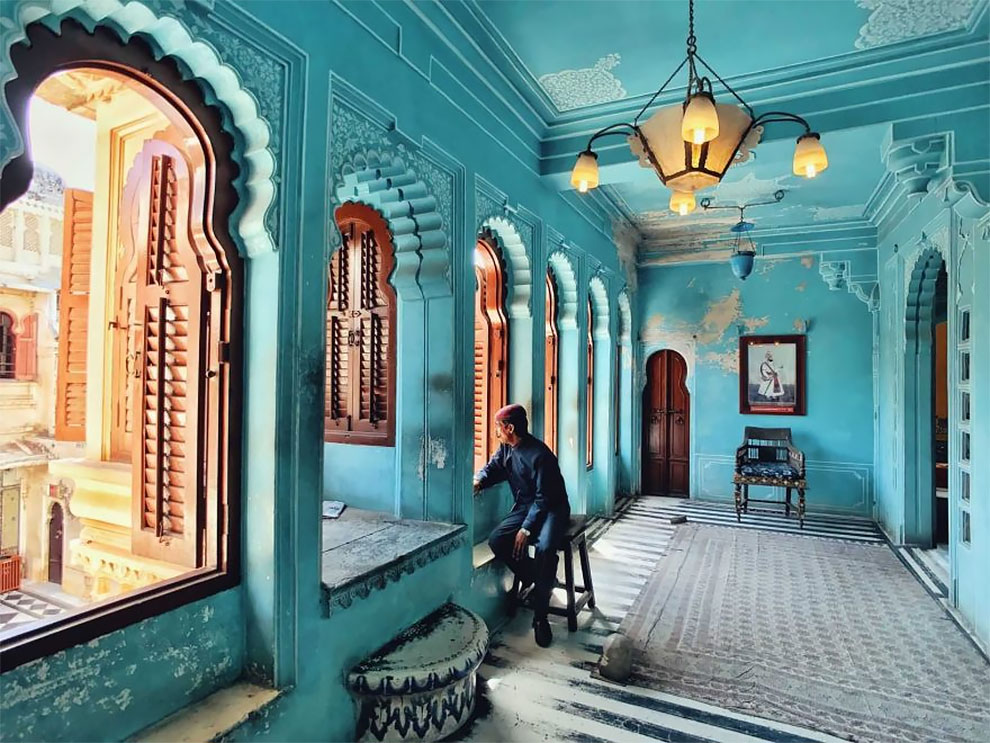 3rd Place, Photographer of the Year: Kuanglong Zhang, The City Palace. “Udaipur is one of the most romantic cities in India. in the City palace, I snapped a moment of one of the staff gazing out of the window as if he saw the slowly historic course of the palace’s construction, which was as quite attractive moment.” 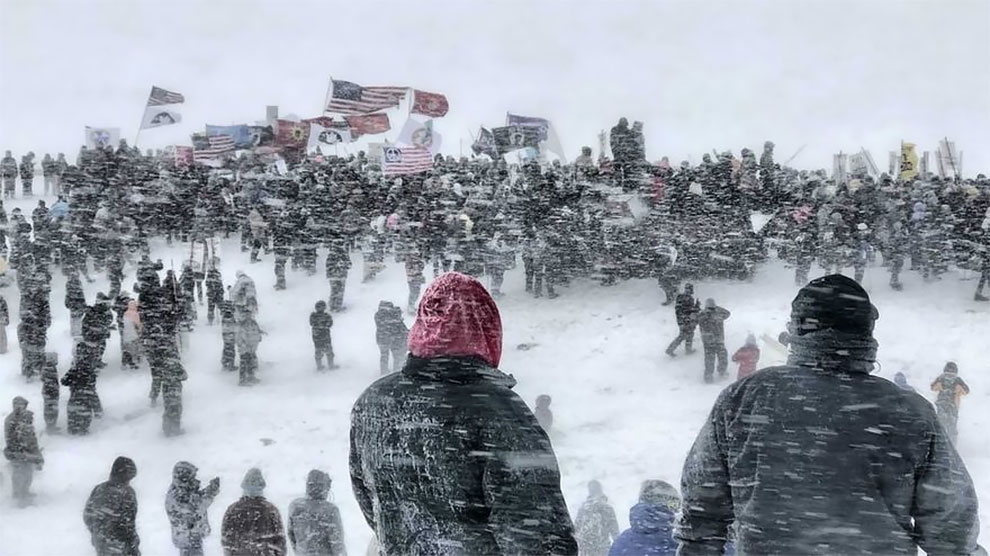 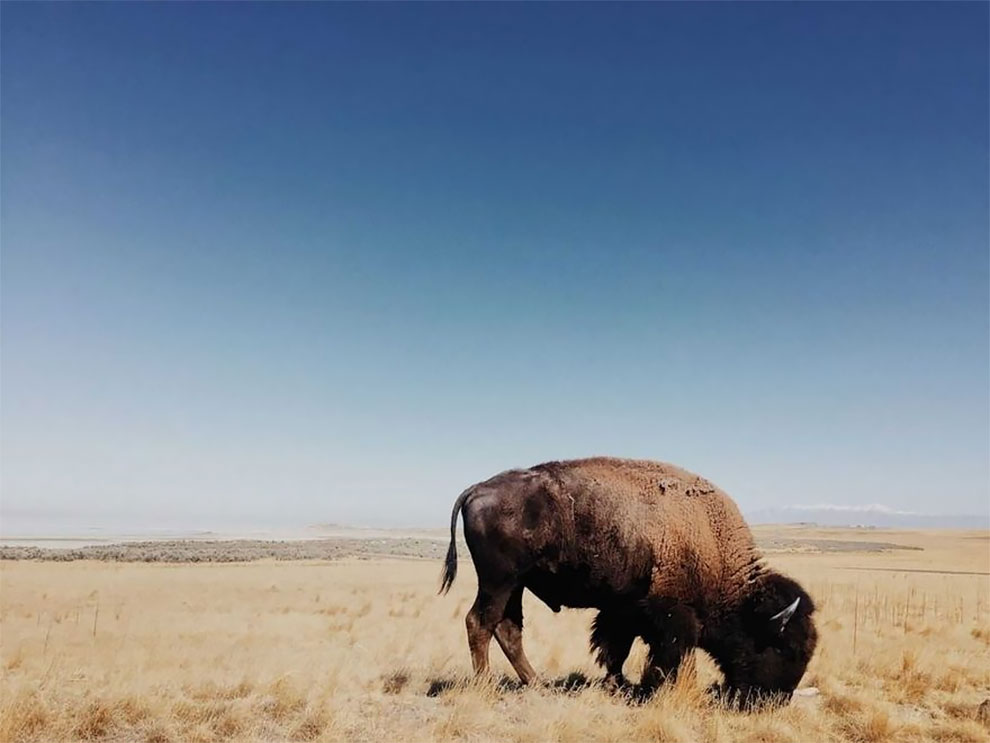 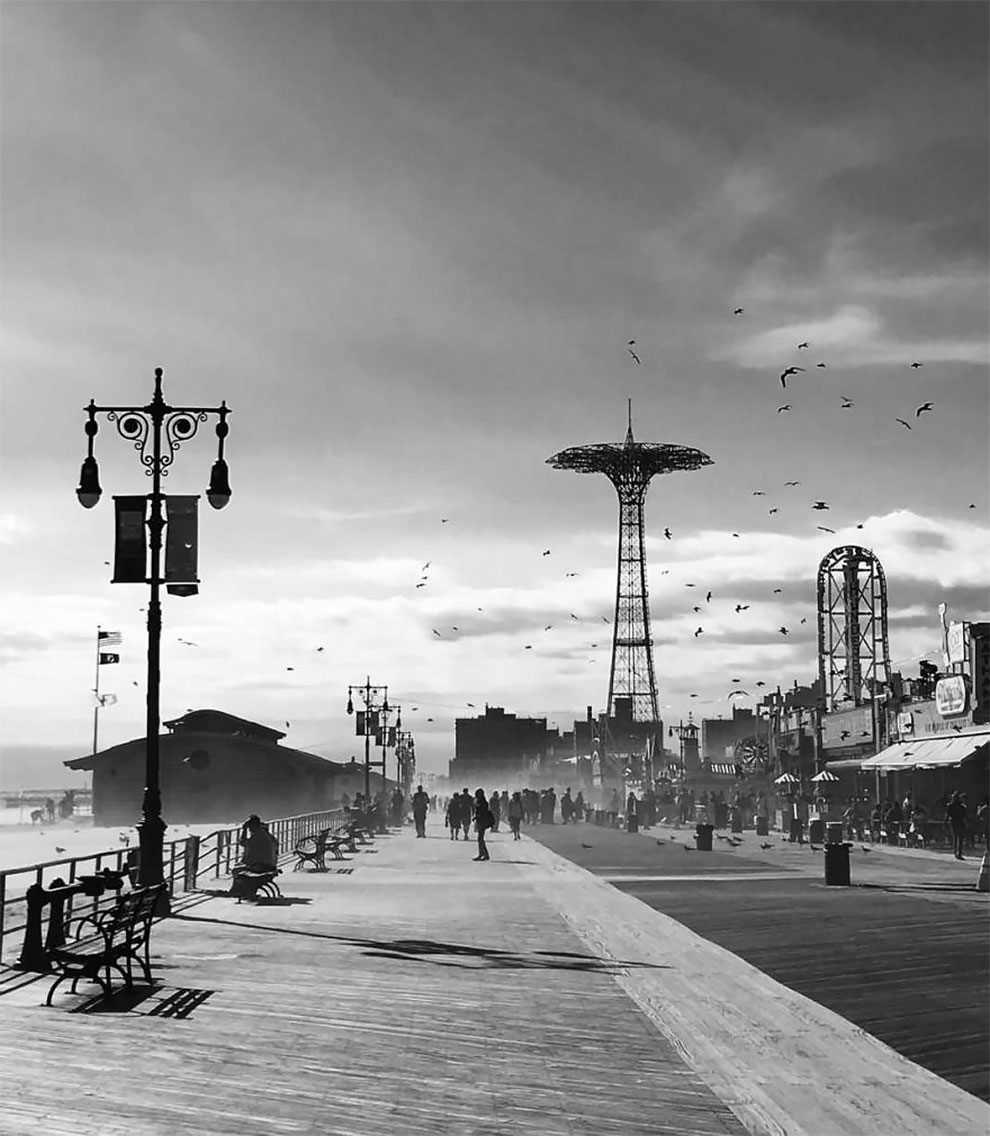 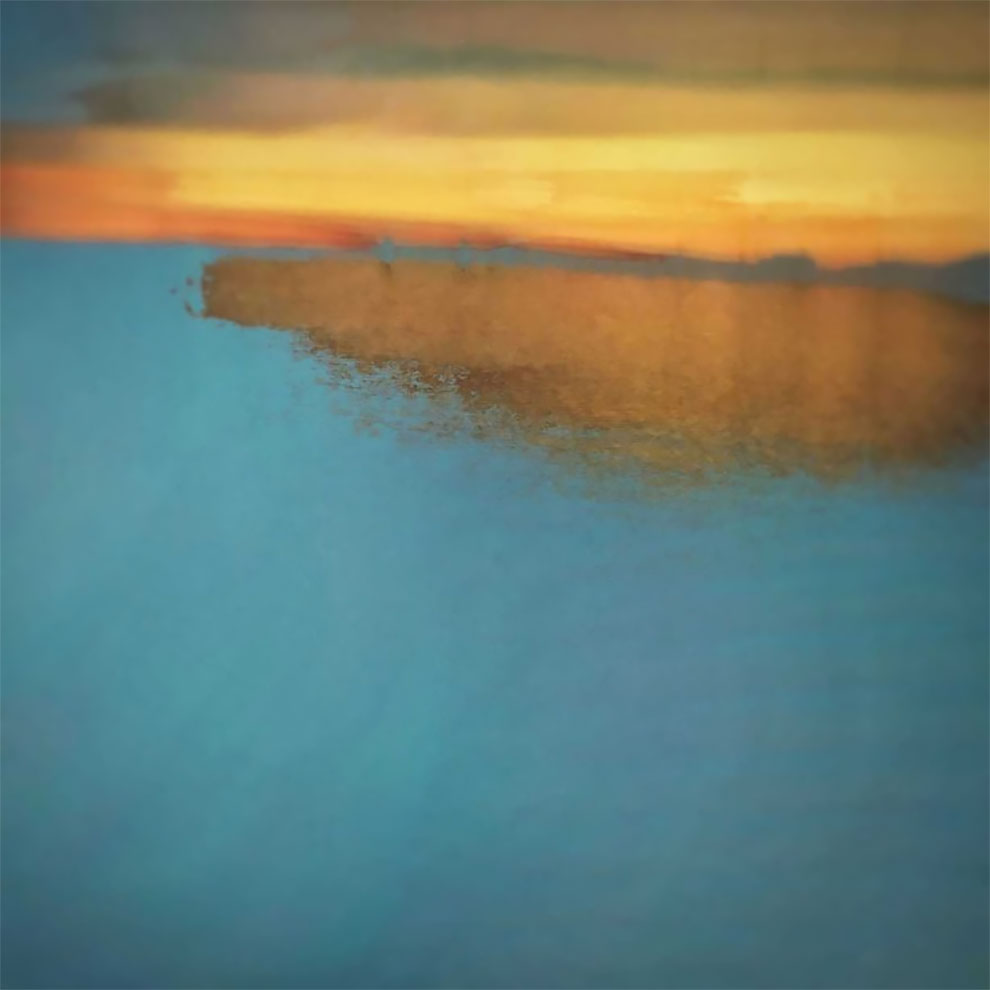 1st Place, Abstract category: Christopher Armstrong. “I’ve always sought to connect to the viewer though notions of beauty and the sublime and this has continued to shape my image making. I am striving to capture the luminous tones of light, ones that glow and transport. I hope to touch the viewer with simply beauty but also to connect to the history of art making as I reference and am inspired by other practitioners.” 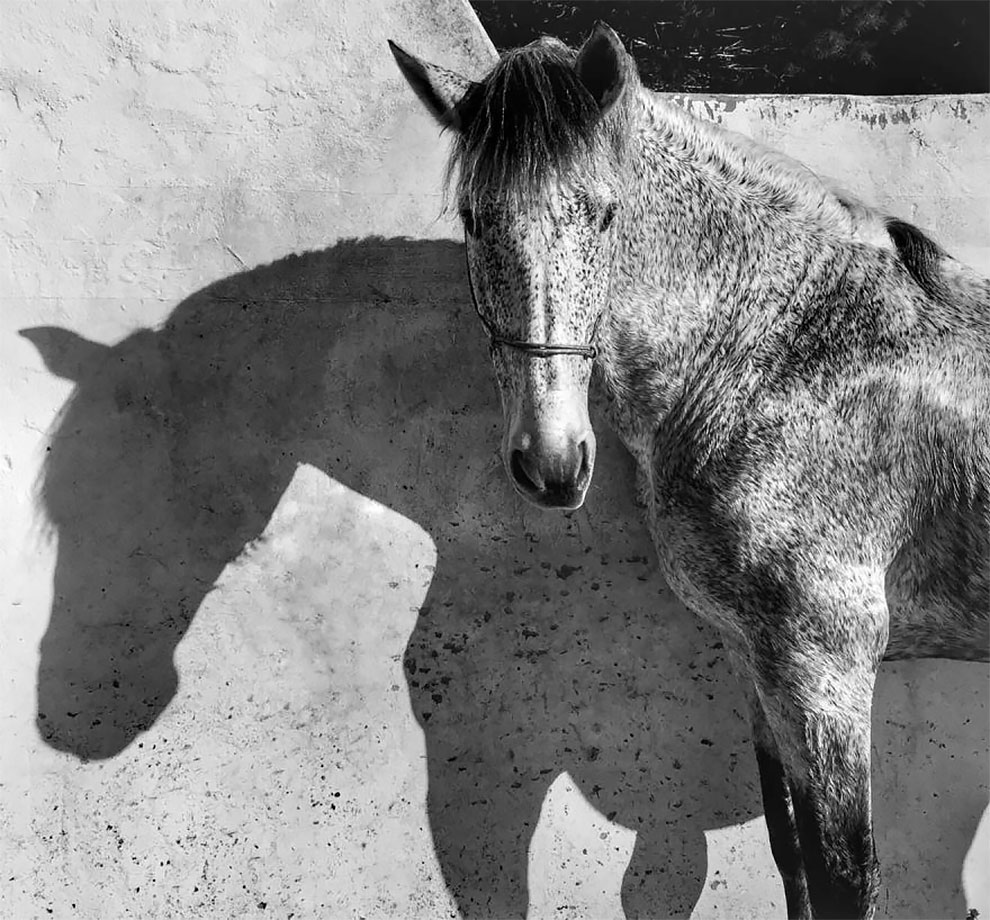 1st Place, Animals category: Francesca Tonegutti, Yeguizo. “The photo is shot after a dressage-clinique at the stable ‘Cuadra de la luz’ in Chiclana de la Frontera , Andalucia, Spain. The horse in the photo is my horse, Yeguizo. He was resting and drying on the sun, looking at me.” 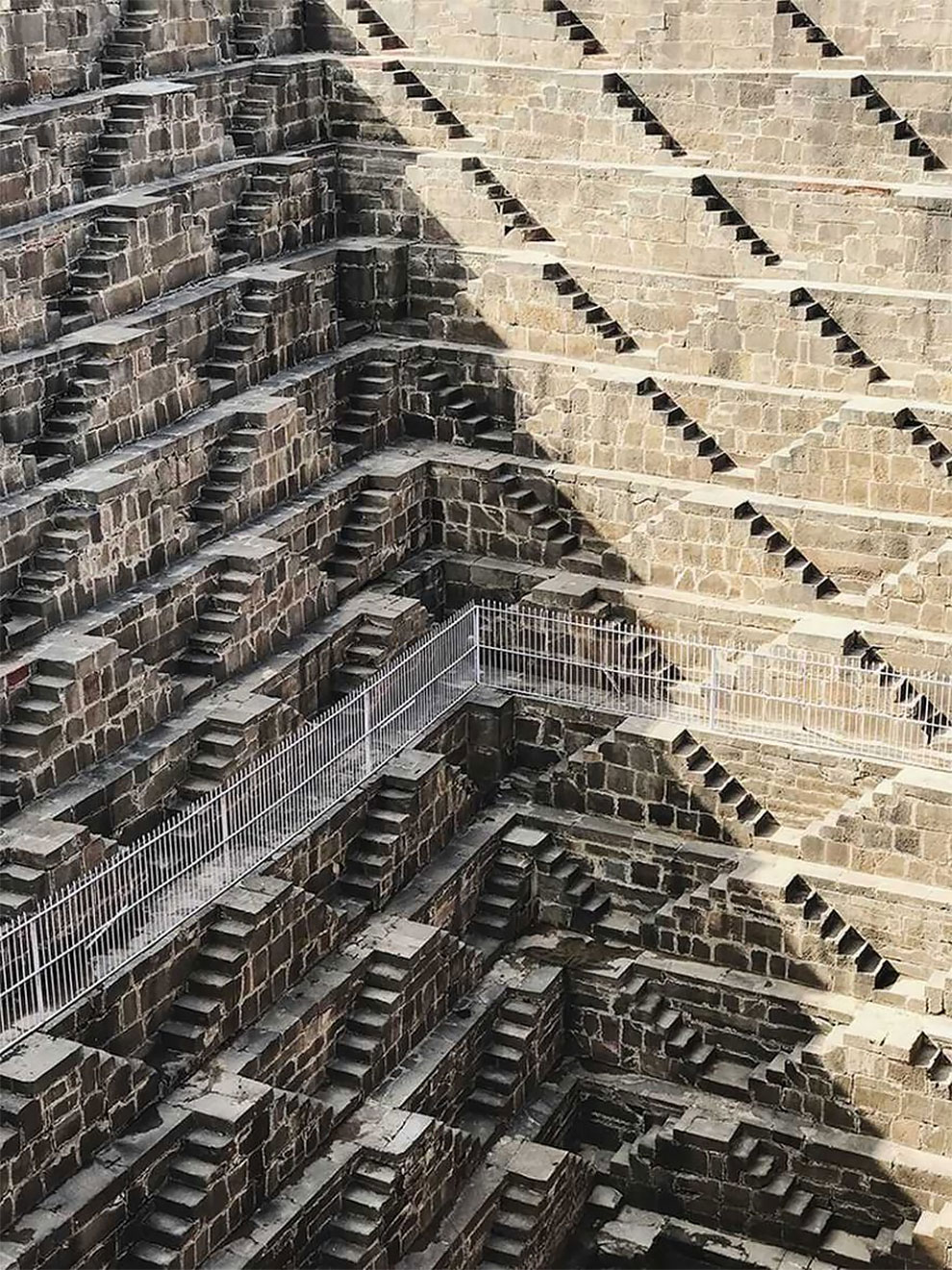 1st Place, Architecture category: Paddy Chao, Chand Baori. “This photo was taken when I was traveling in India. Chand Baori consists of 3,500 narrow steps over 13 storeys. It extends approximately 30 meters into the ground making it one of the deepest and largest stepwells in India. I marveled these elegant stepwells and shadows, I immediately took out my camera and captured this beautiful scene before it was gone.” 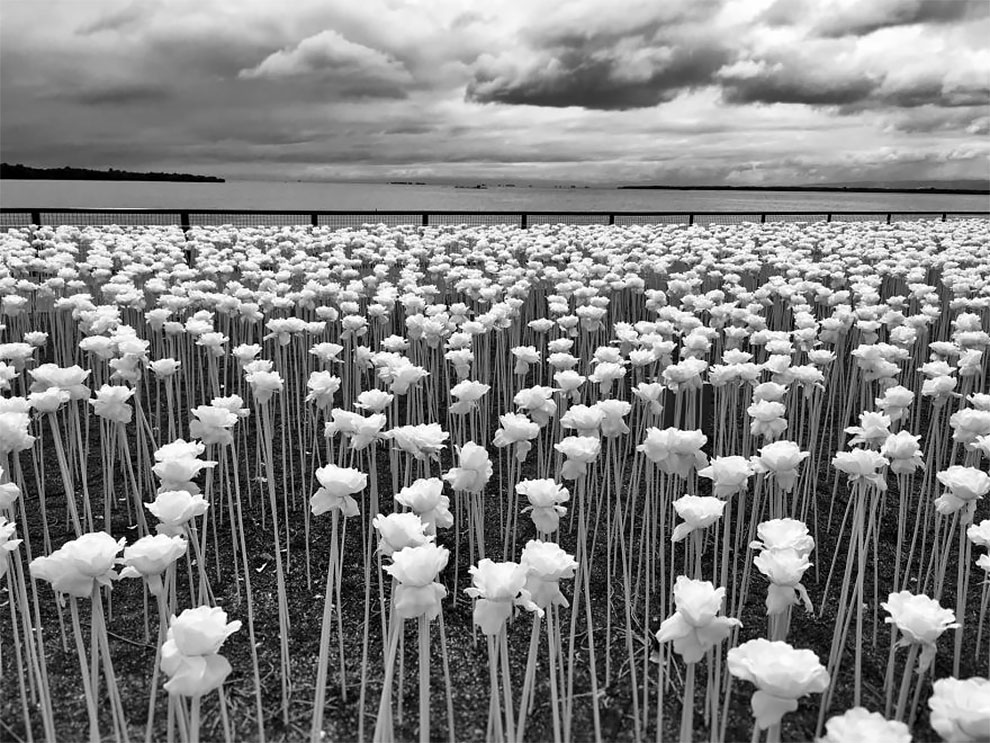 1st Place, Floral category: Sidney Po. “About 20km southeast of Cebu City where I live is Cordova town which belongs to Mactan Island. This place has become a tourist (both local and foreign) attraction especially at night when all the white LED roses lit up.” 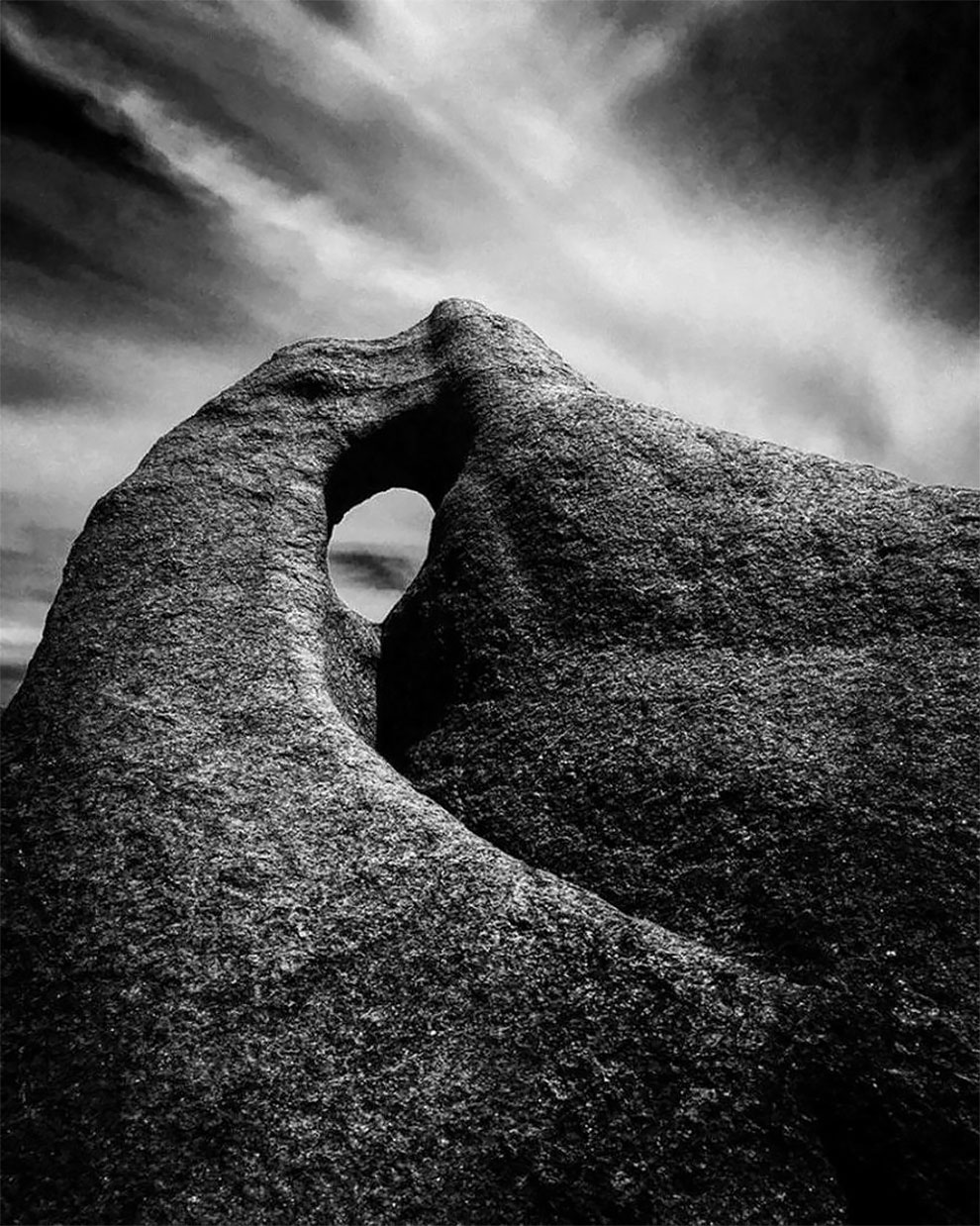 1st Place, Landscape category: Christian Horgan, Singing Rock. “I captured this image in the Margaret River region of Western Australia. It’s my second home, and one of the most spectacular places on earth. This was taken on the coast at Wyadup Rocks, and is called Singing Rock. I was swimming there with family when I was drawn to it by the sound of it’s song as the wind whistled through it, and just had to capture this image.” 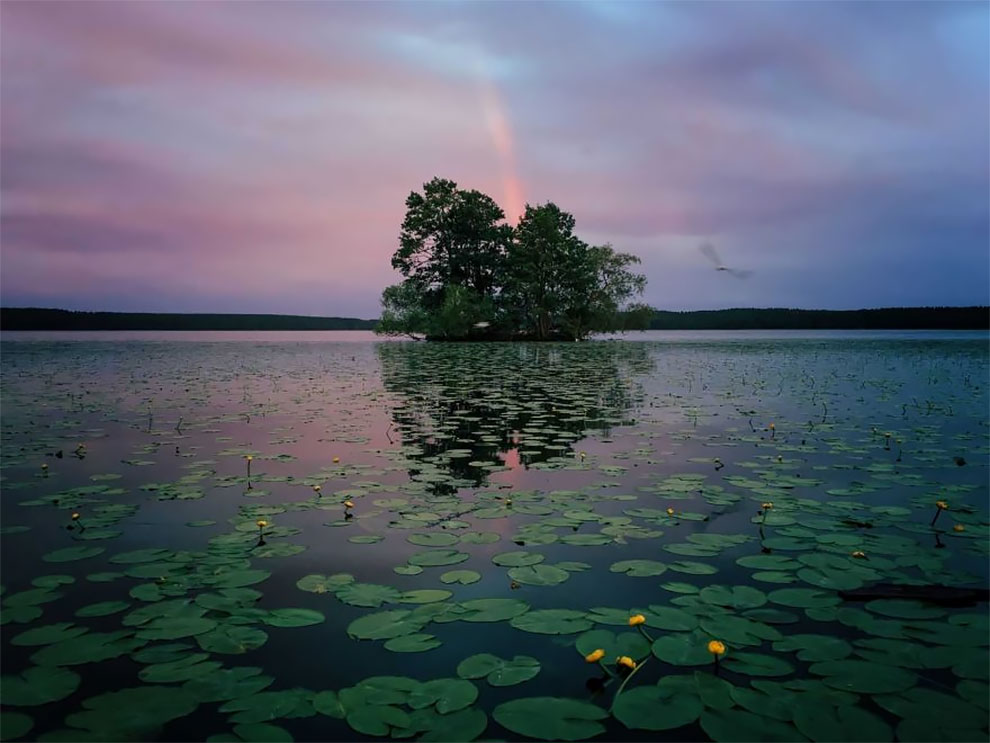 1st Place, Nature category: Aaron Sandberg. “I took this photo in late June of 2016 while in Sigtuna, Sweden. I used my old iPhone 6s (native camera) then did some light post-processing with Snapseed, Photoshop Fix, and VSCO. This photo didn’t need too much editing at all unlike some of my others—nature did most of the work here. This was the best shot out of maybe a dozen or so captures.” 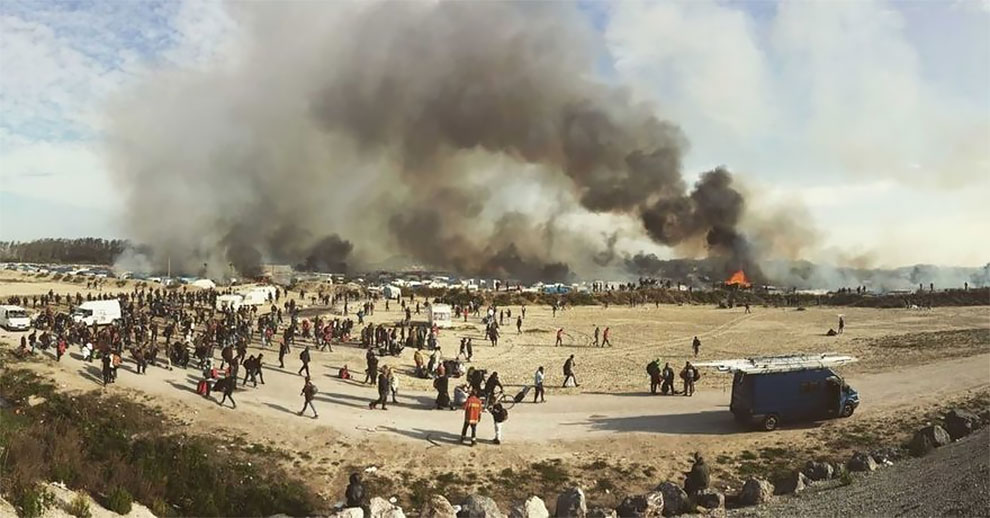 1st Place, News/Events category: Samuel Nacar, The nomads of Europe. “Monday 24th of October started the eviction of the biggest migrant camp in Europe named The Jungle, located in northern France only 5 kilometers away from the city of Calais. On Wednesday 26th of October the camp was set on fire and thousands of migrants had to leave, some of them were relocated while others were not. In this photograph you can see thousands of migrants being evicted from the camp due to the many fires.” 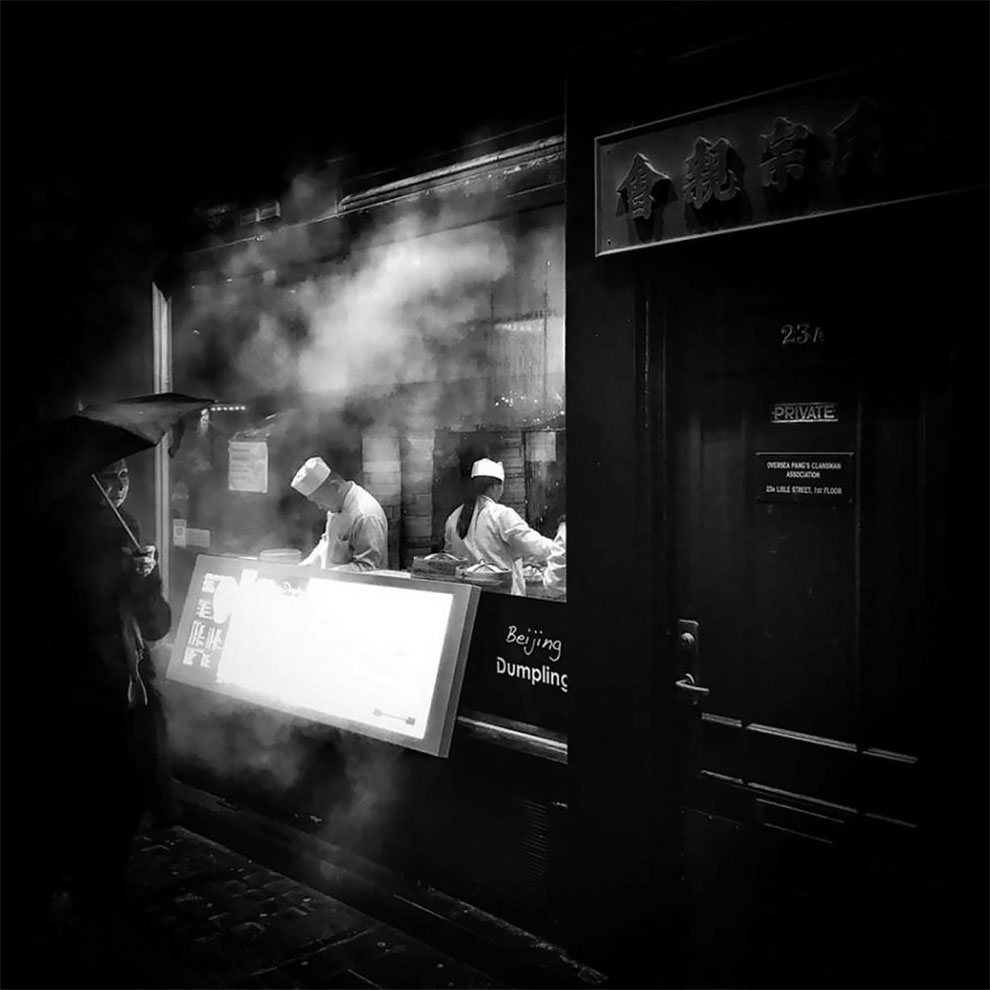 1st Place, Panorama category: Nick Trombola. “This photo was taken at the American cemetery in Normandy, France in March 2016 as my best attempt to do it justice. There is a kind of indescribably transcendent quality to the memorial that I’ve never really felt anywhere else. It remains to this day my favorite place I’ve ever been, and the way the sun reflects off the perfect white headstones in this photo always remind me of the feeling of wholeness I have when I go there.” 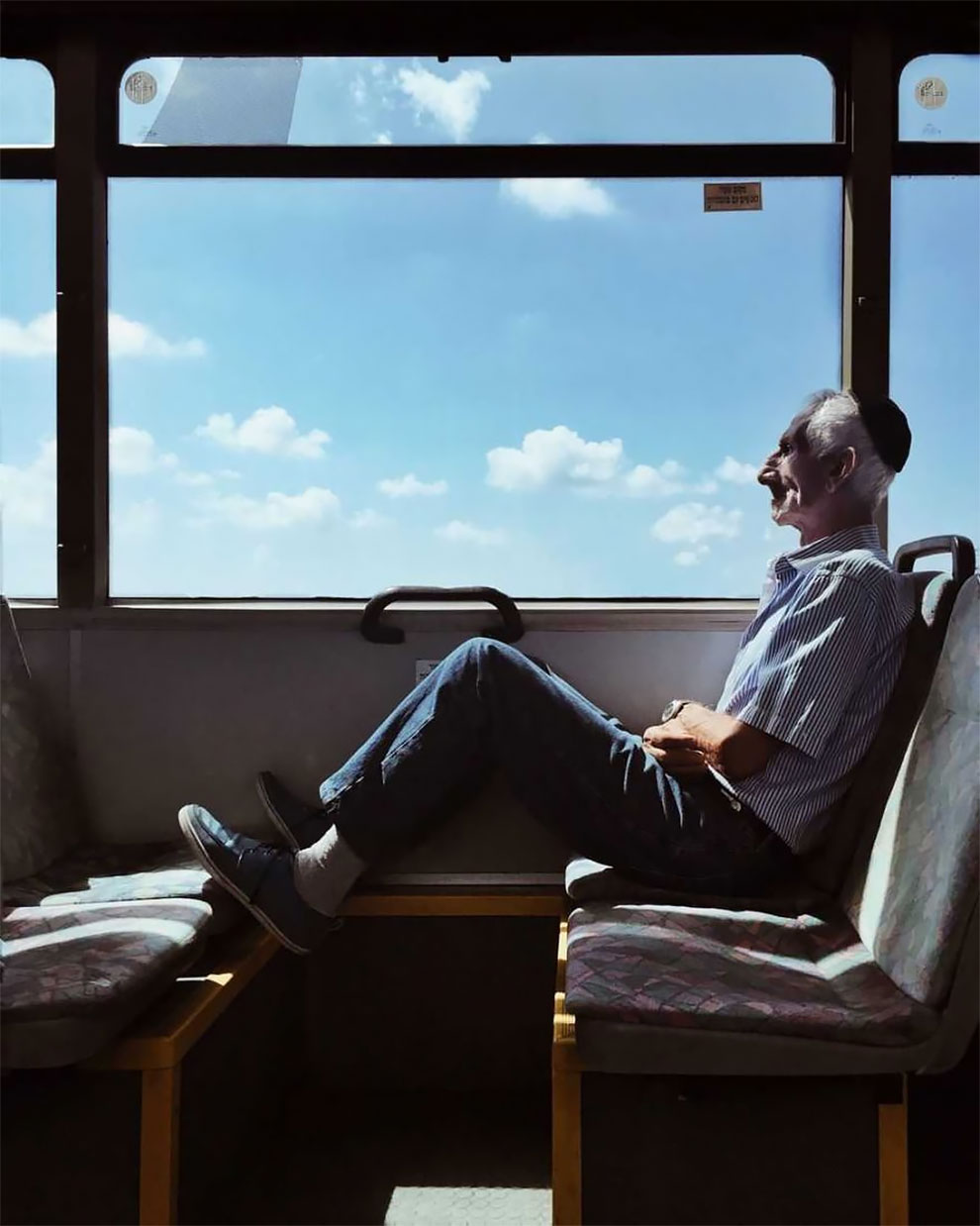 1st Place, People category: Dina Alfasi. “I shoot mostly street scenes and portraits, trying to capture intimate moments. Every day I get to work by train and bus. For two hours every day I’m in a place with different people. At first, to pass the time, I was just observing them and trying to guess where they’re going, what they are dealing with, or what their story may be. Along with this observation, I noticed intimate moments and so I started to take photos, and I was surprised with the result.” 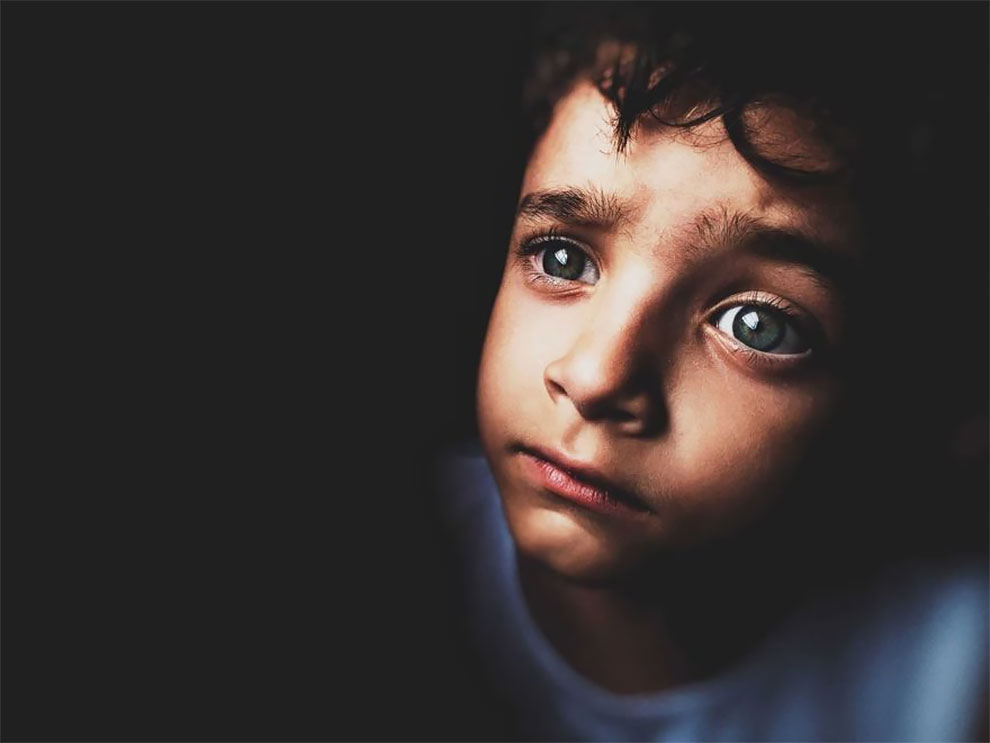 1st Place, Portrait category: Gabriel Ribeiro. “This photo was taken in January of that year, my aunt came from Bahia to Campo Grande and my cousin was with me when I had the idea of doing a picture of him, we went to the nearest window and began to photograph using natural light. My main goal was to capture the depth that a look can achieve, especially when it comes to children. I used the Lightroom Mobile app along with Snapseed to get the final result.” 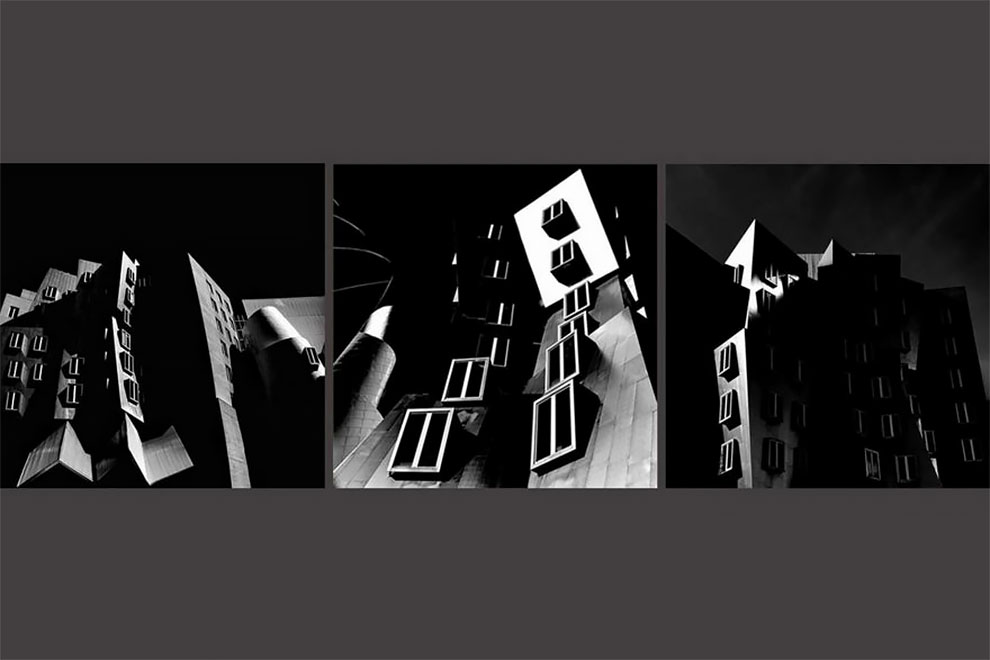 1st Place, Series category: Joshua Sarinana, Image of Structure. “I always have at least one camera with me at all times, and now that I have a toddler most of my images are made between work and home. Because I work across the street from the Stata Center – which contains the Computer Science and Artificial Laboratory (CSAIL) and Department of Linguistics and Philosophy at the Massachusetts Institute of Technology – I come across the building several times a day. It’s an easy building to shoot in that it lends itself to photography, and I’m constantly bumping into people taking a photo of it. However, it’s difficult to make a unique image of the building that stands out from the plethora of photos online.” 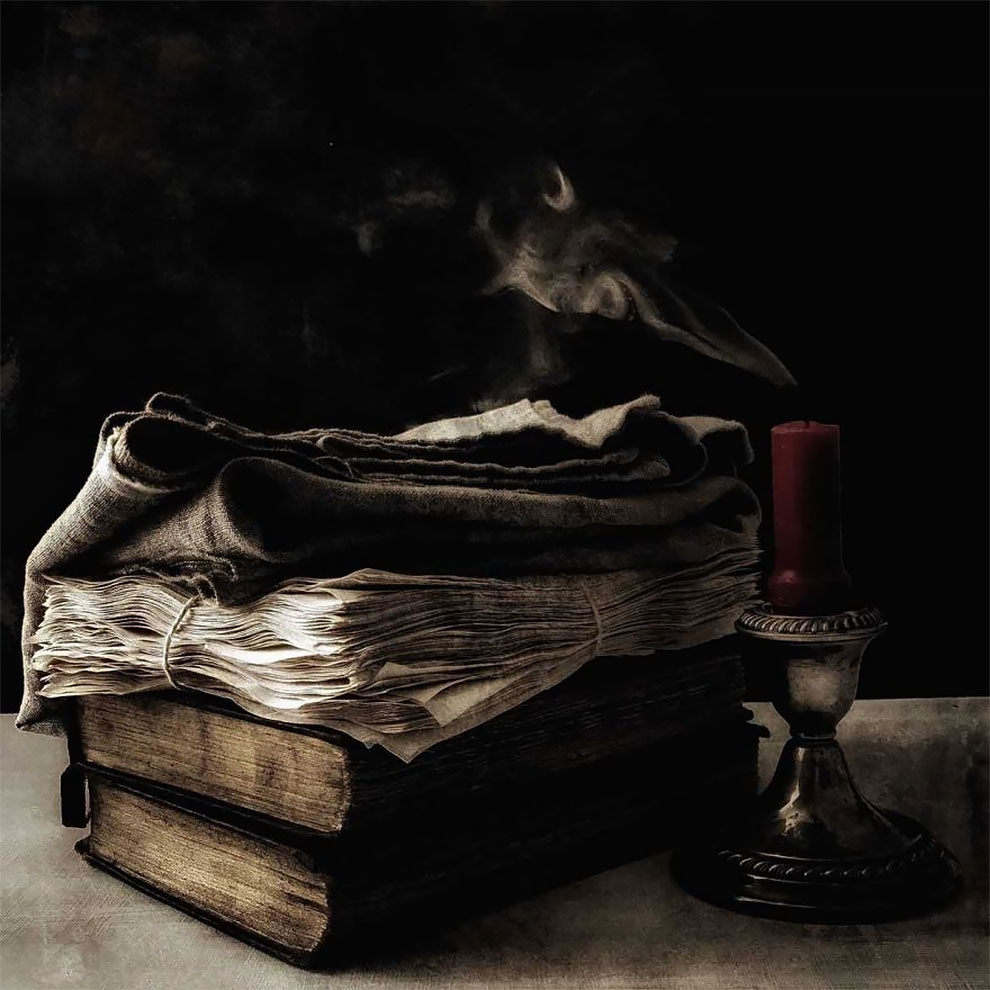 1st Place, Still Life category: David Hayes, Over. “I’ve been working in the still life genre for the last several years and like styling vignettes such as this one. I had recently seen several other images that had used a smoking candle and wanted to see what I could do with that concept.” 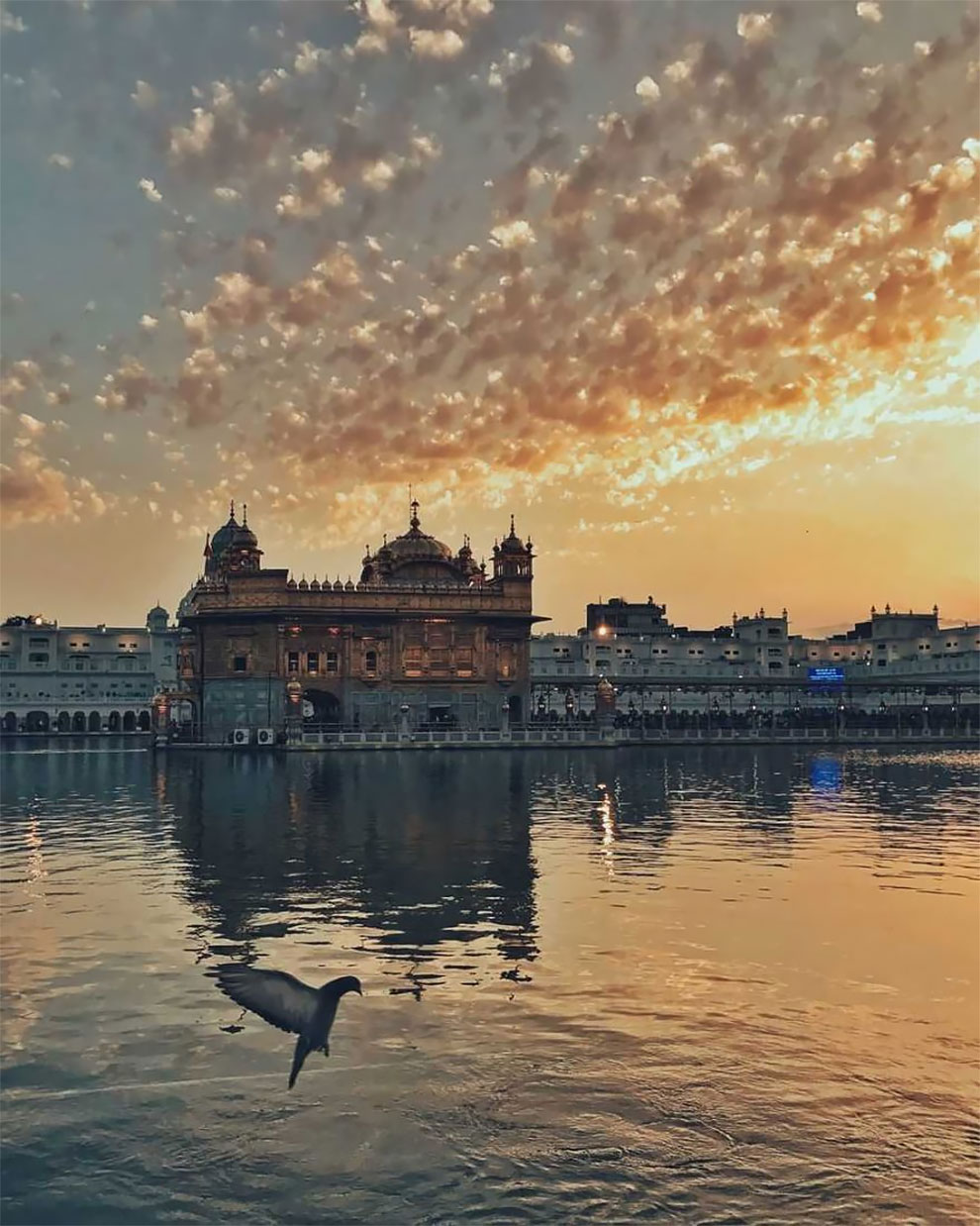 1st Place, Sunset category: Kuanglong Zhang. “The sunset and the Golden Temple in Amritsar add radiance and beauty to each other. The ripple in water seems to be formed by doves’ flapping of wings. I think photography is derived from life, and only people who love life can take a picture of temperature.” 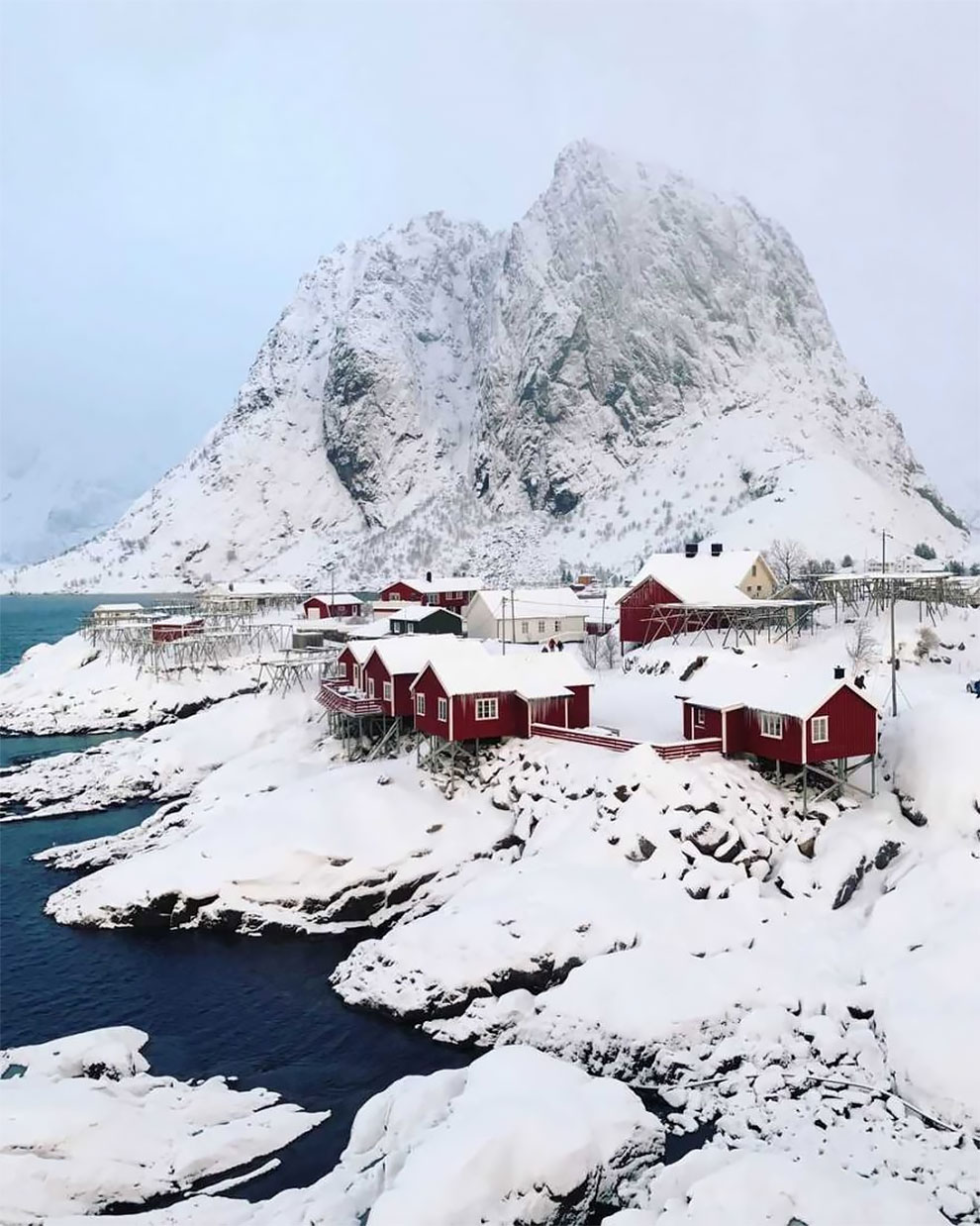 1st Place, Travel category: Jen Pollack Bianco, Snow + Fishing Cottages = Win. “I shot this image on a bridge in Norway’s Lofoten Islands overlooking Reinefjord towards Olstinden. The red cabins are traditional fishing cottages. I try to push myself outside of my comfort zone photographically a few times a year, and this year I headed to the arctic in February. I took this shot just after sunrise during a snowstorm. The colors changed every few minutes, and the snowfall was heavy at times changing the moody dramatically from minute to minute. It was a classic “wait for the light” situation. It was amazingly atmospheric and beautiful, but very cold and windy. I shot this image using the native camera app on my iPhone 7 plus. The light was beautiful and I and used a touch of the Instagram Clarendon filter, which punched up the blue in the water. I’ve always been a fan of sunsets but photographing sunrise can be just as magical.” 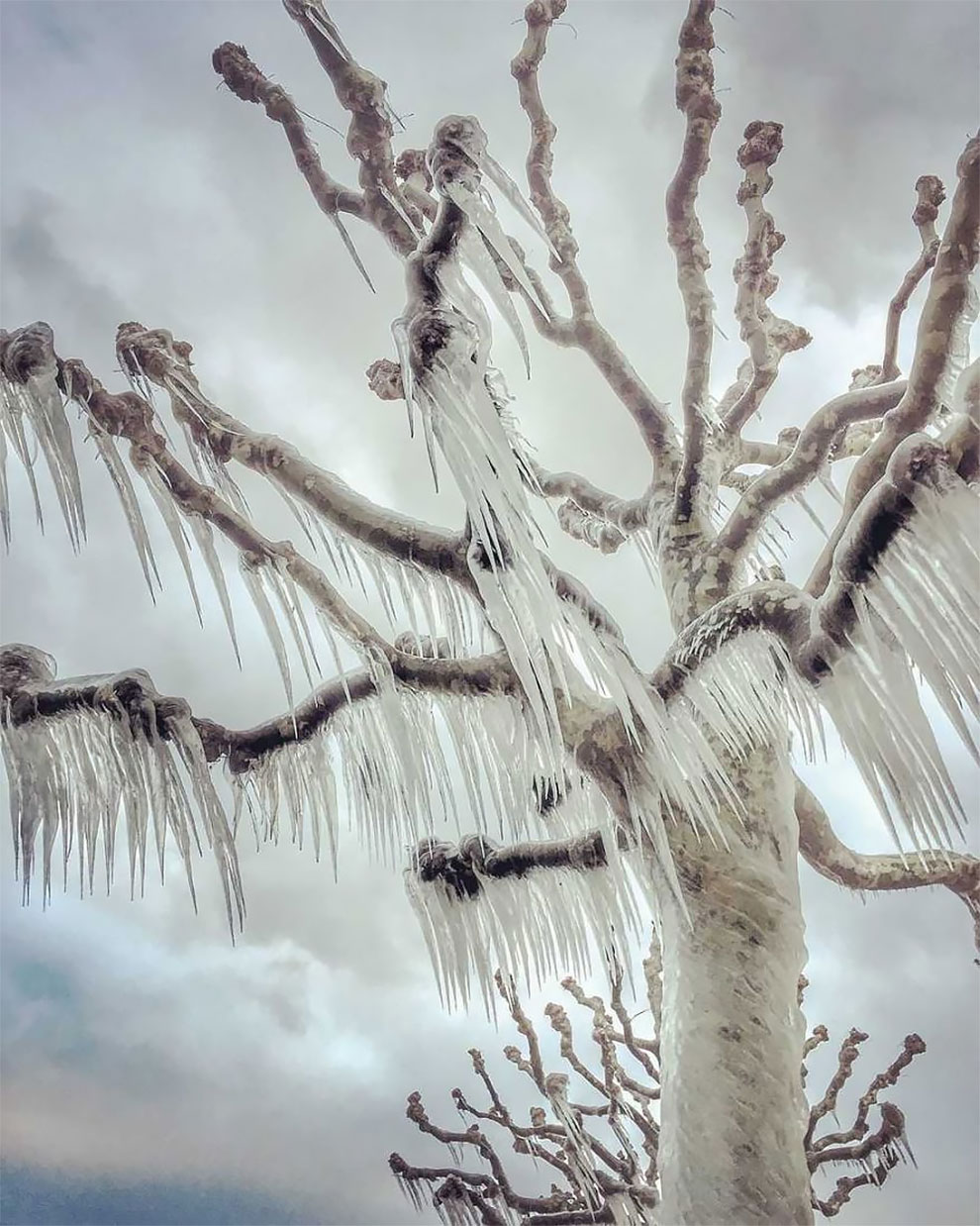 1st Place, Trees category: Magali Chesnel. “Stormy winds have swept across Europe this winter, with Siberian temperatures transforming trees in wonderful icy show in Versoix, a little town close to Geneva, in Switzerland. After a conjunction of intense cold (-10 to -18 degrees Centigrade), with very strong winds, blowing at over 100 kmh, the waves from the Leman Lake got so harsh that they passed over the dikes and the droplets immediately froze everything they touched, including the trees. Braving the frozen ground, I took this photograph, early in the morning. I am constantly amazed with ways Nature can create beautiful designs and compositions. I really enjoy having the flexibility of stretching my wings, in order to explore all the moments that life has to offer to photography. When the moment is captured, causing an emotion is my ultimate objective.”