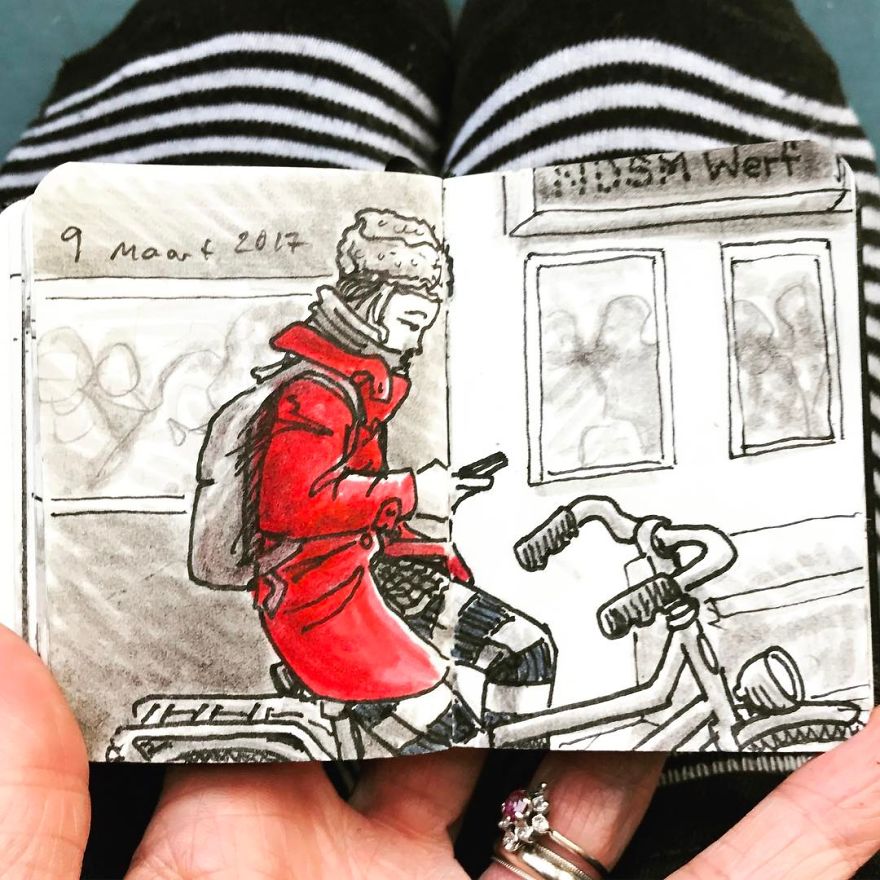 Rachelle Meyer is an American illustrator and artist. She’s worked for over 15 years as a freelancer specializing in narrative art, both digitally and free-hand.

Her talents have been used to interpret the work of contemporary best-selling authors such as Dave Eggers (A Heartbreaking Work of Staggering Genius), Audrey Niffenegger (The Time Traveler’s Wife), and Nick Ortner (The Tapping Solution). She also writes and illustrates her own books, most recently Texas Tracts. Her multimedia art project, Faces on the Ferry, marked her return to the world of fine arts and captured the attention of Het Parool, Flow Magazine, and The Guardian. She co-founded creative collective Therewise Enterprises with her husband, J.C. in 2016. They live in Amsterdam with their son and a menagerie of animals. 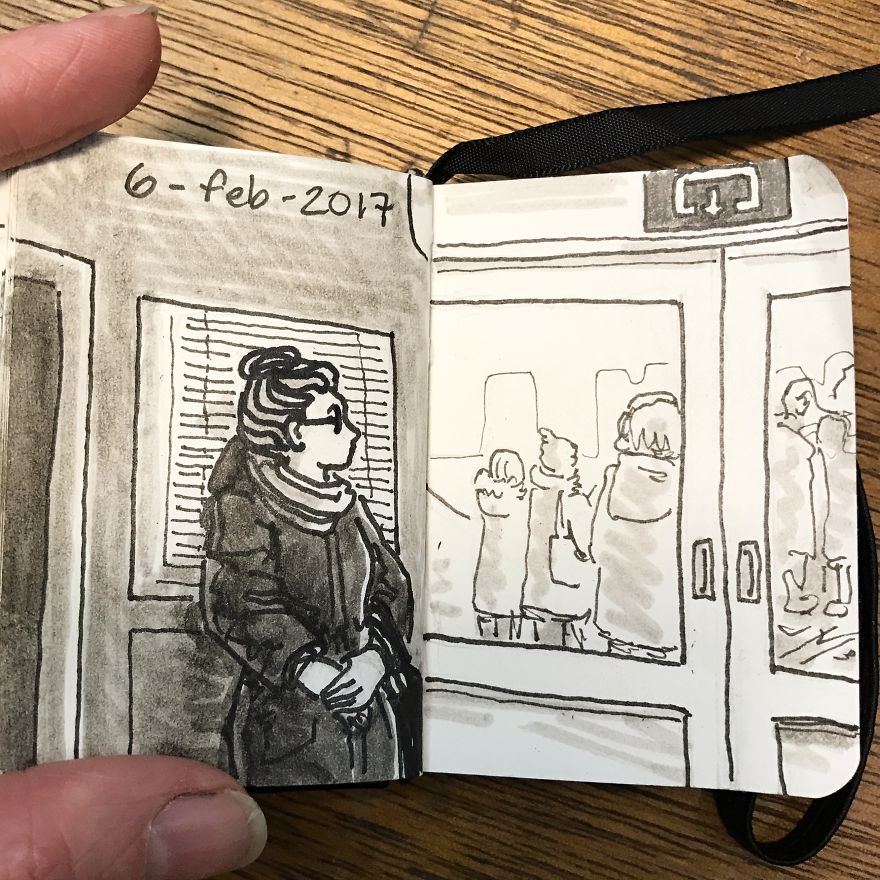 According to Rachelle: “My name is Rachelle Meyer. I’m an American illustrator living in Amsterdam, specializing in children’s books and storytelling.

In 2017, I started sketching fellow passengers on the NDSM ferry in a tiny sketchbook. It’s a short but sweet trip of about 12 minutes, connecting my home in Amsterdam Noord with my studio in the center of town. When I’d get to work, I’d make a cup of coffee and finish off the hasty little pencil sketches in about 15 minutes or so.

I started off by posting these sketches on Instagram.

Once the sketchbook was full, I flipped through it and thought that there was more to it than the sum of its parts. It told a joyous little story of the changing of the seasons from winter to spring. So I made a film and put it on YouTube.

The film and the sketches received a lot of positive feedback that led to new commissions, television interviews, and speaking engagements.” 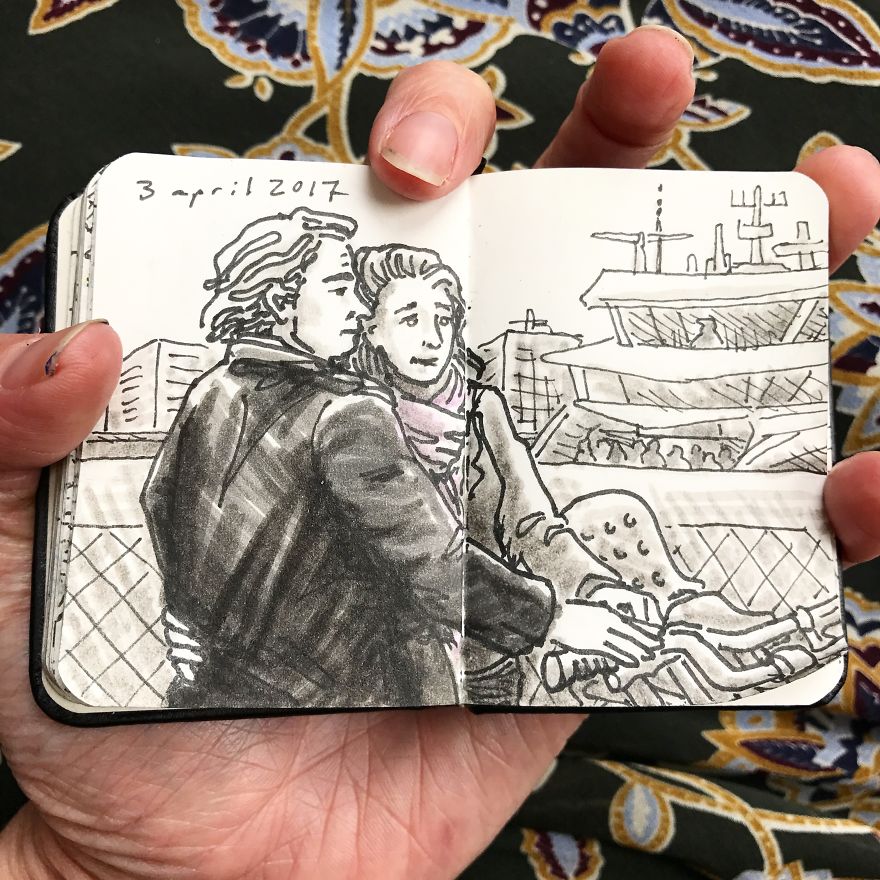 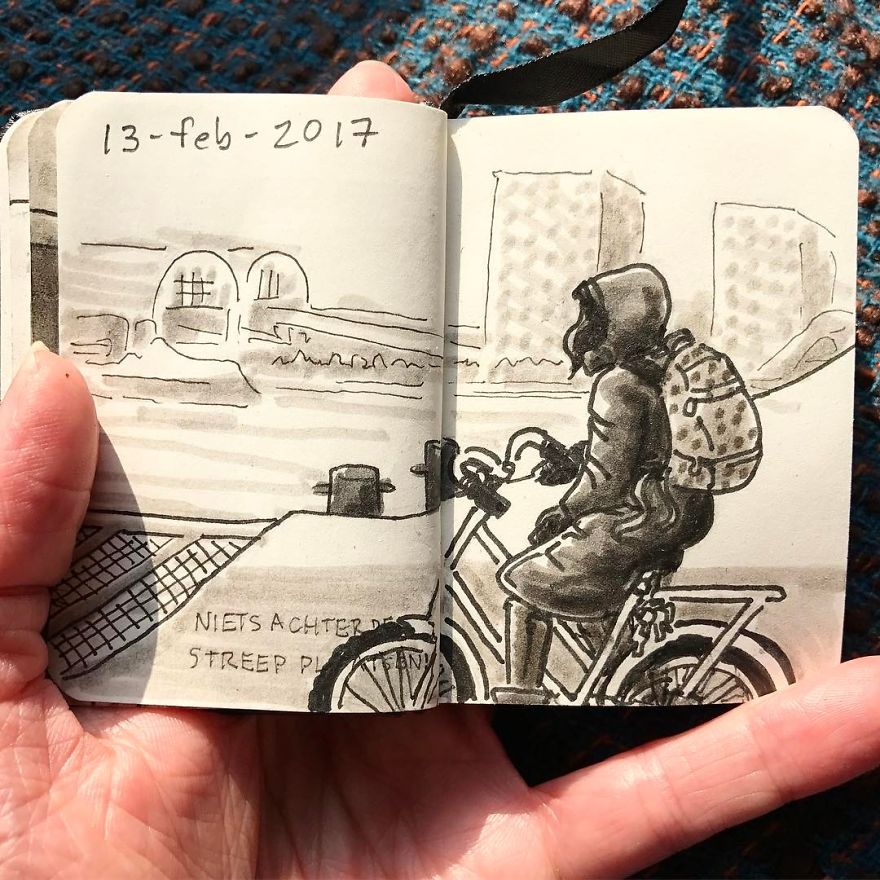 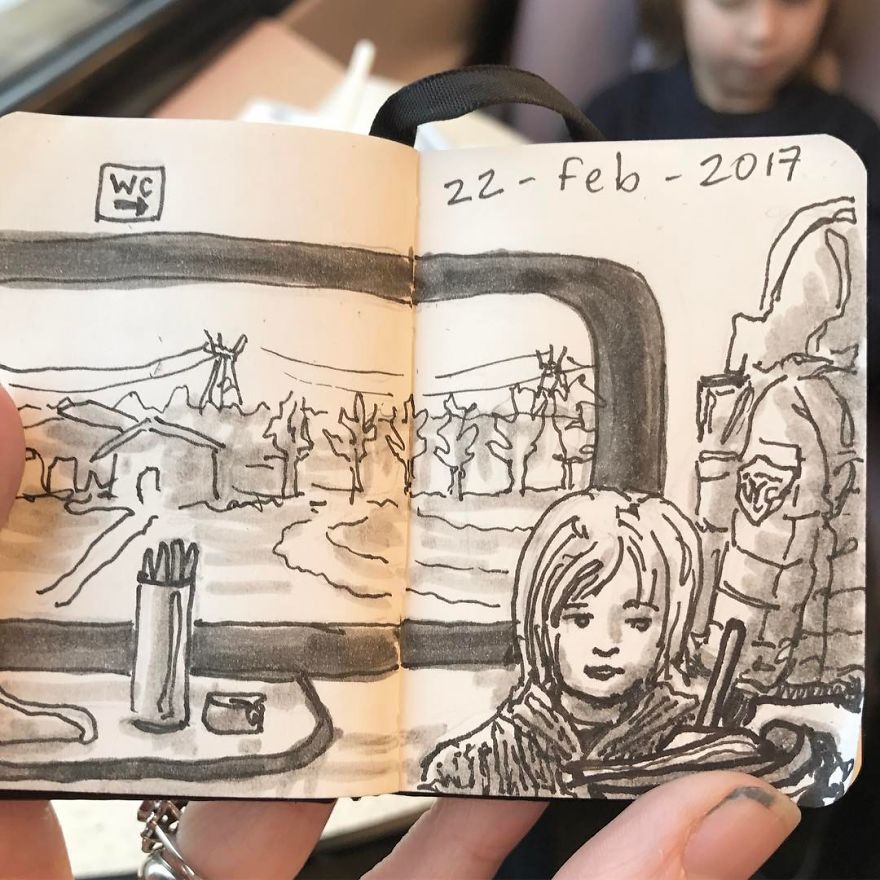 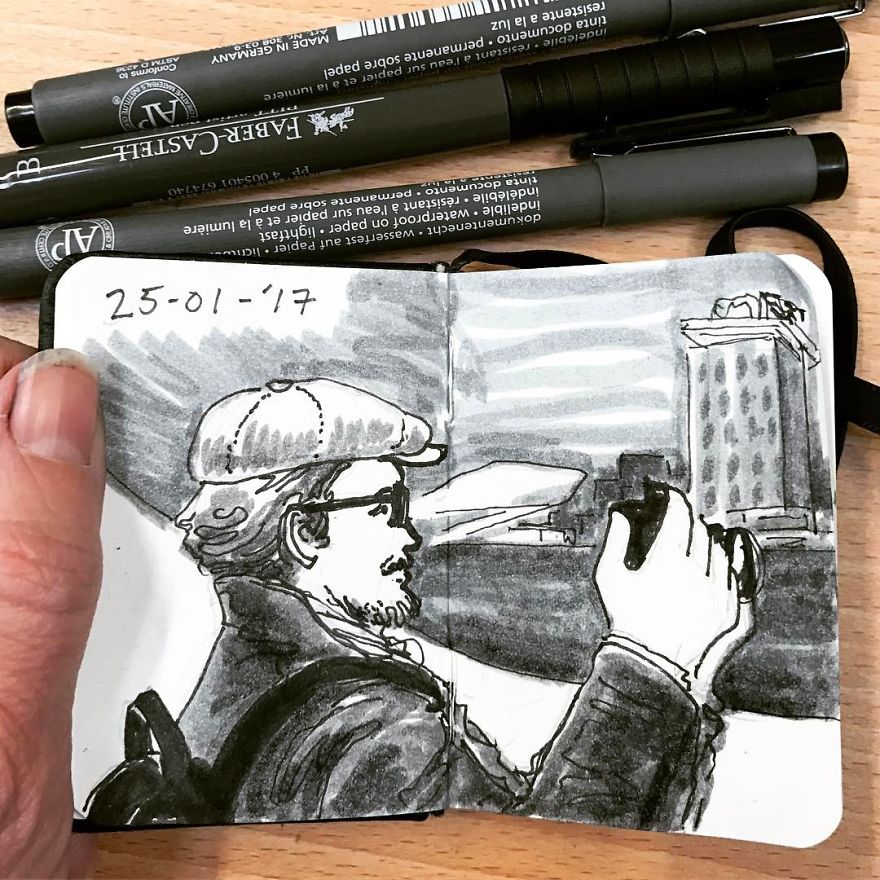 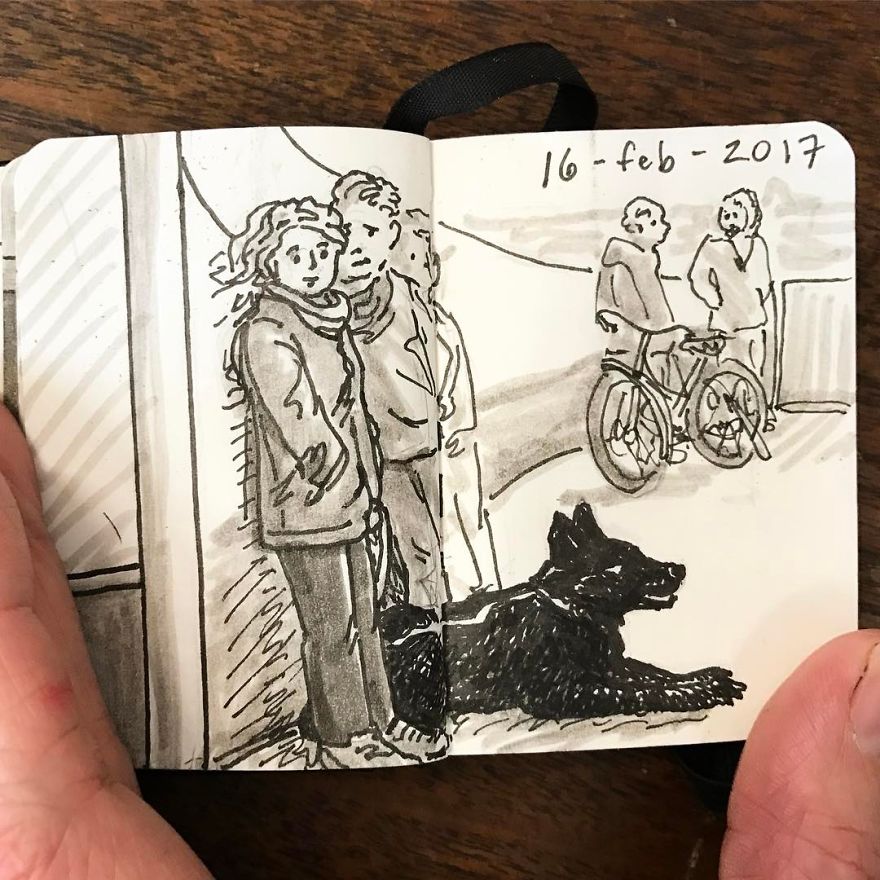 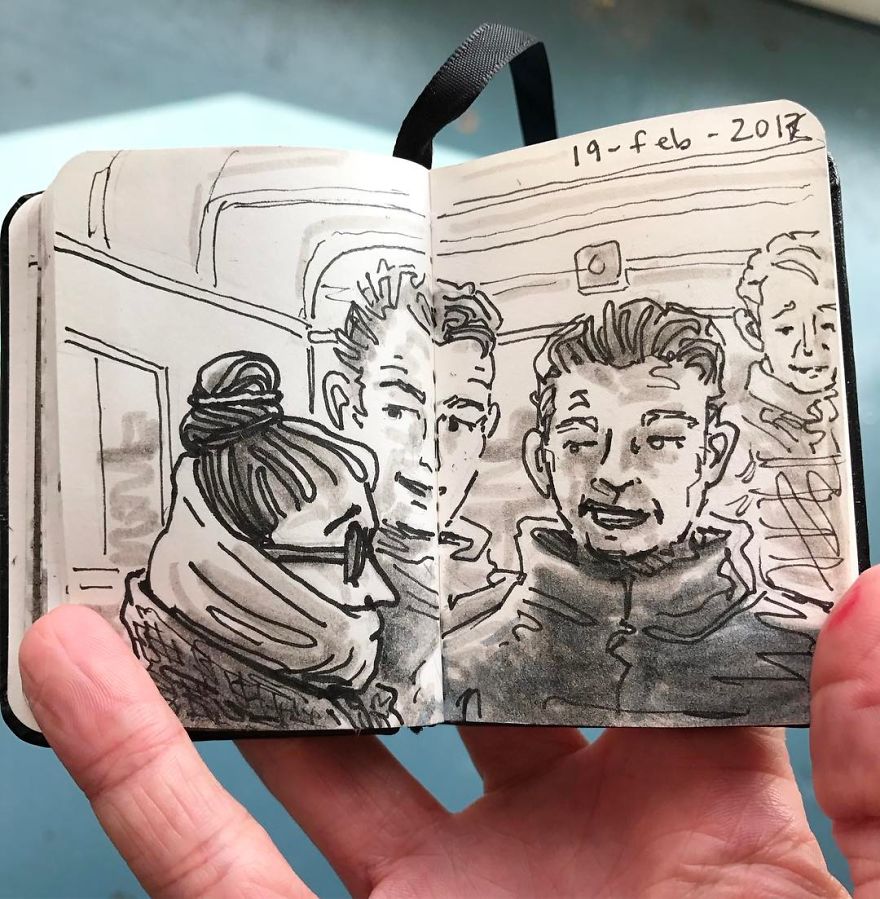 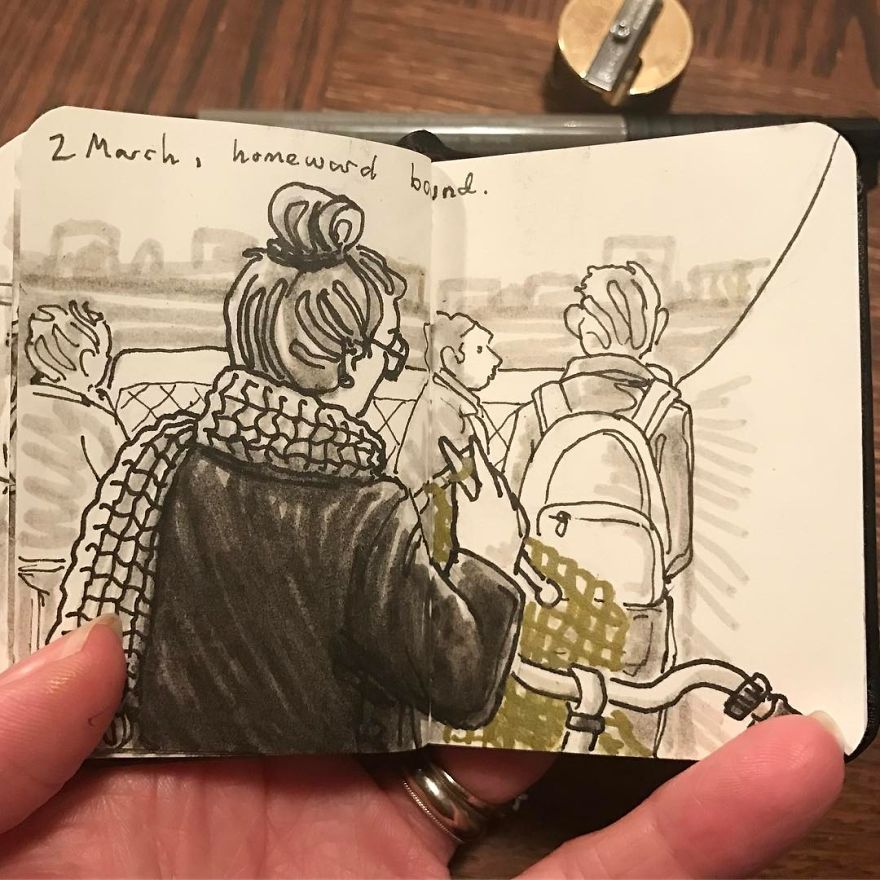 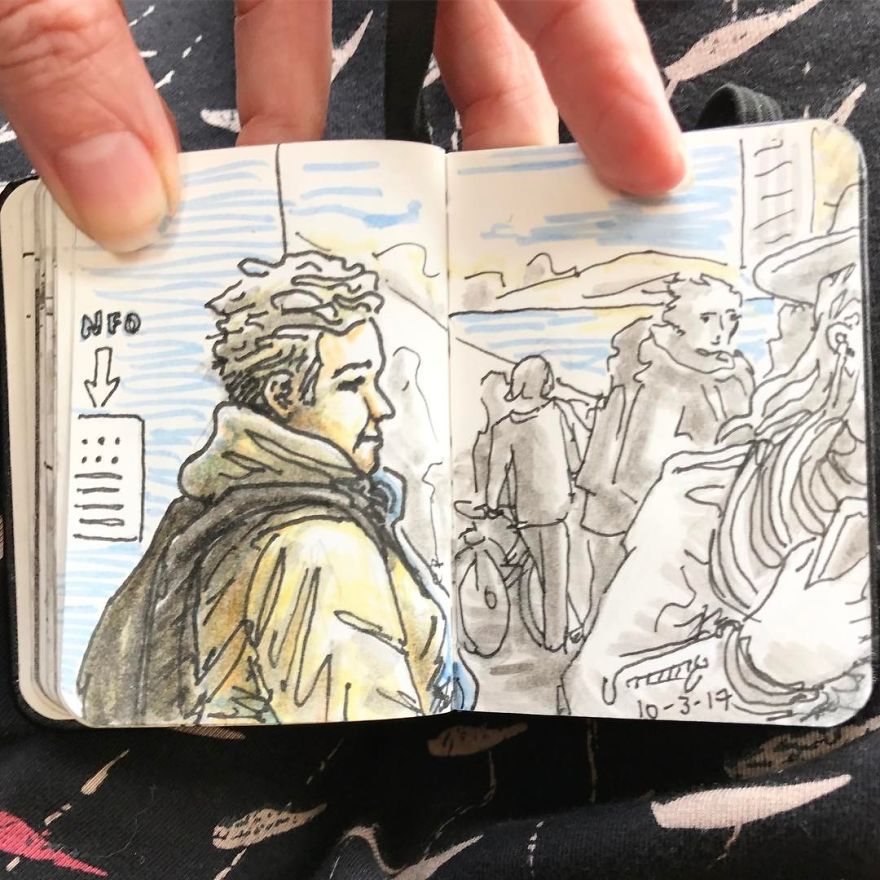 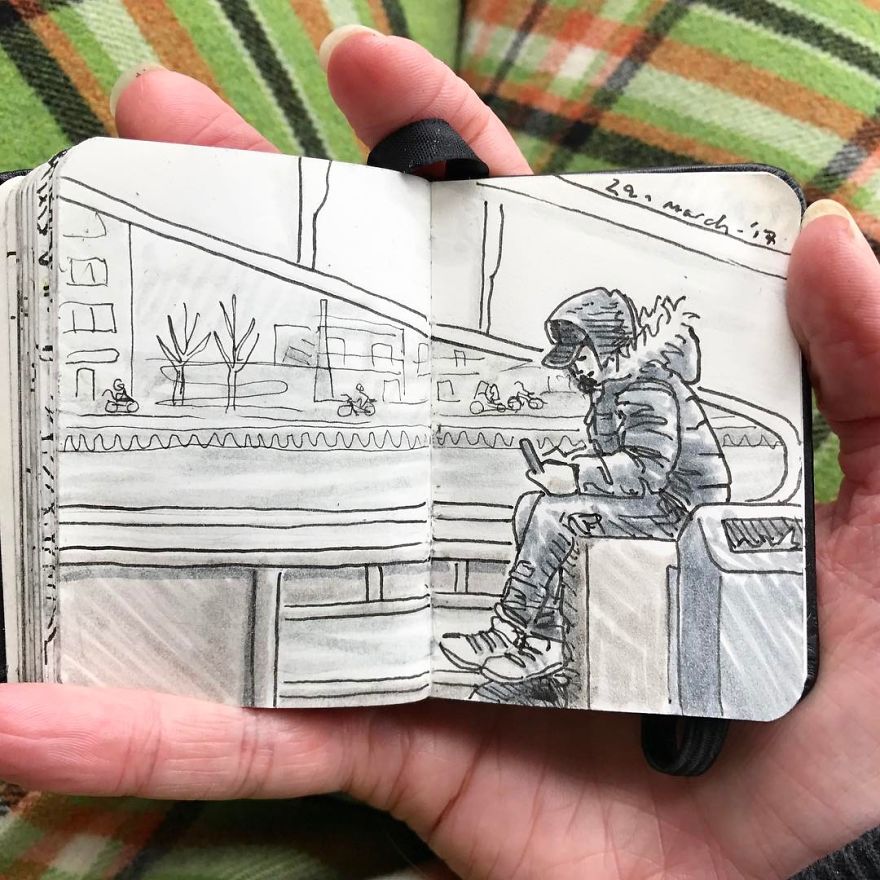 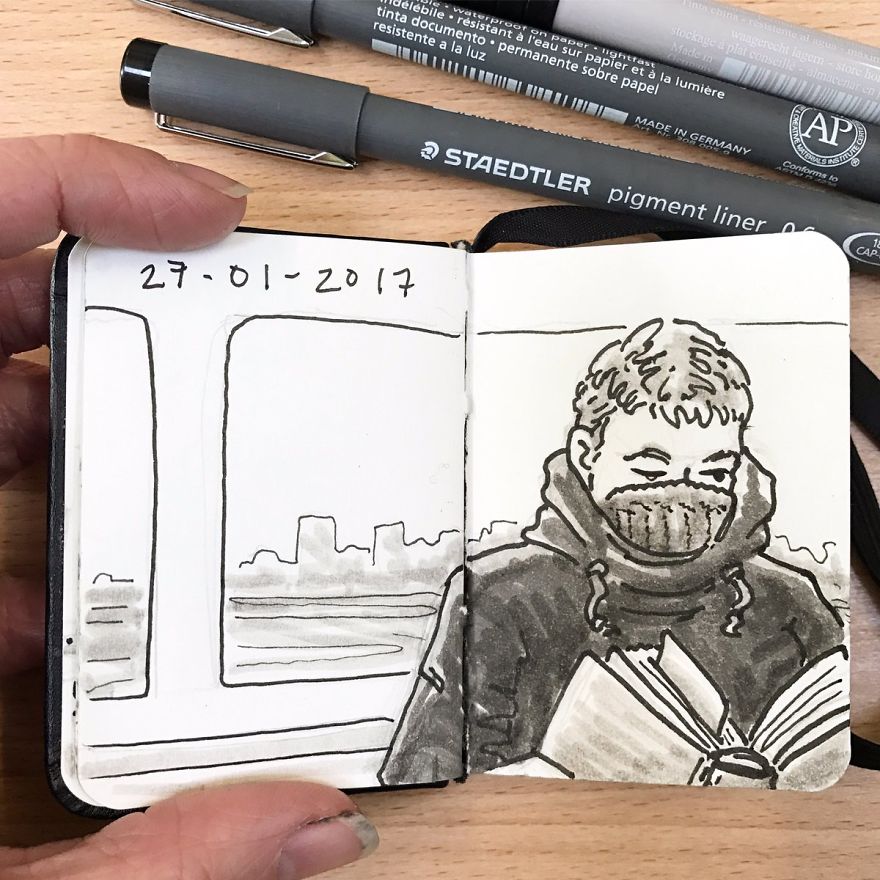 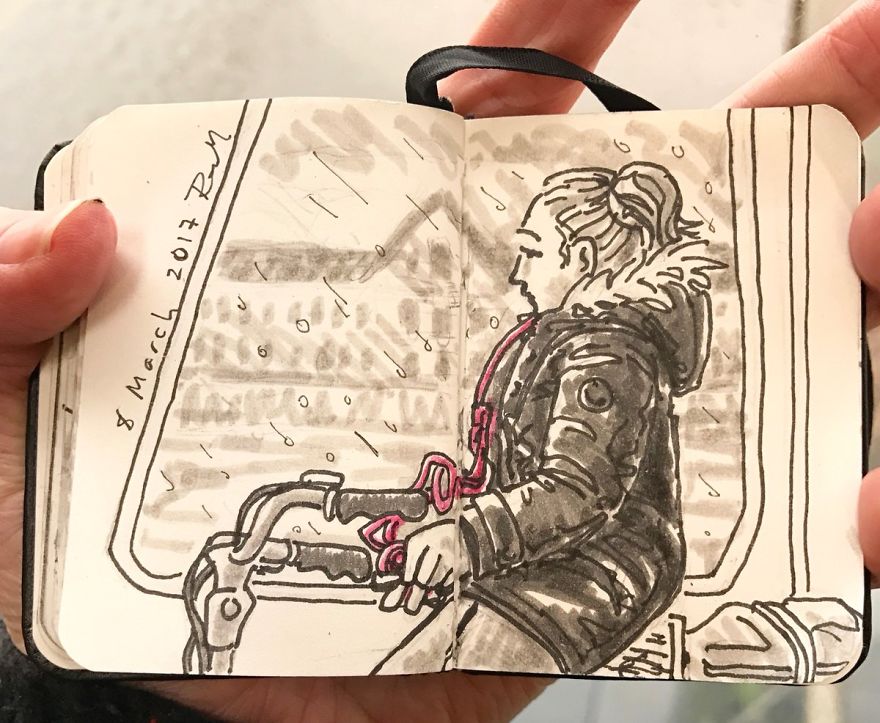 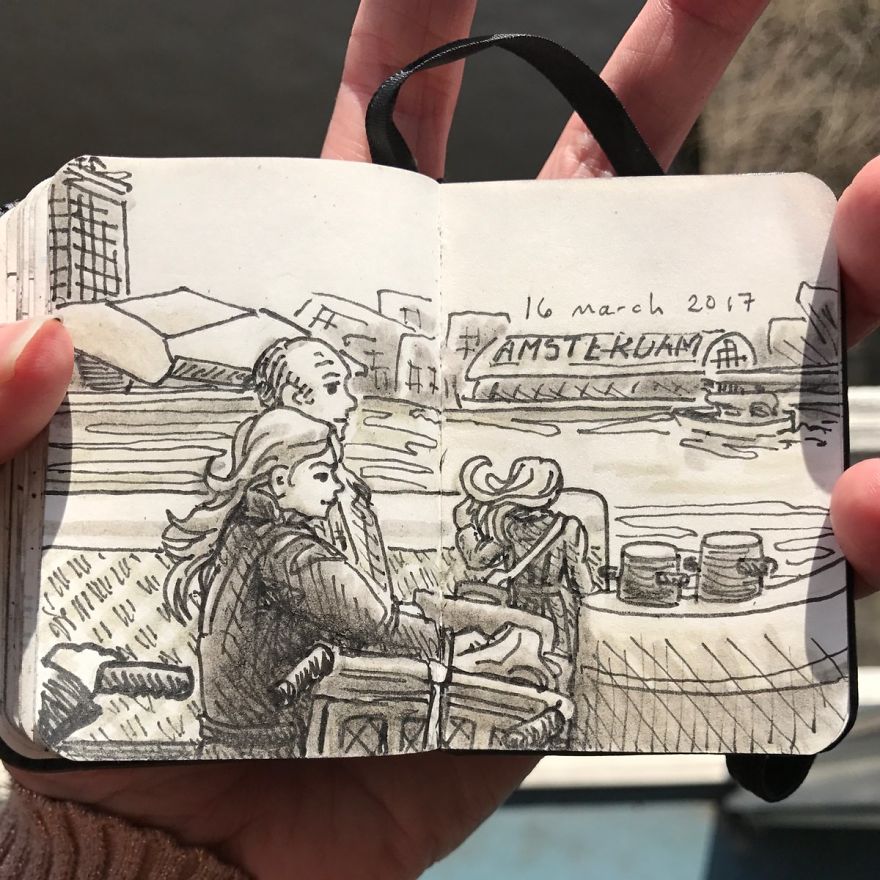 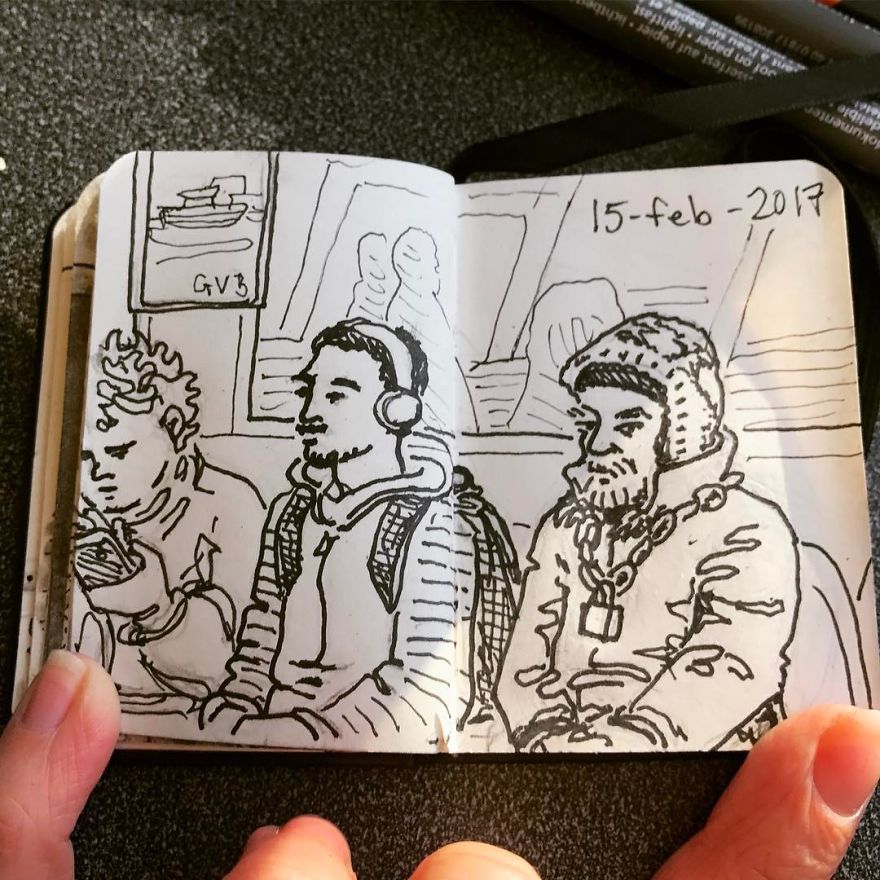 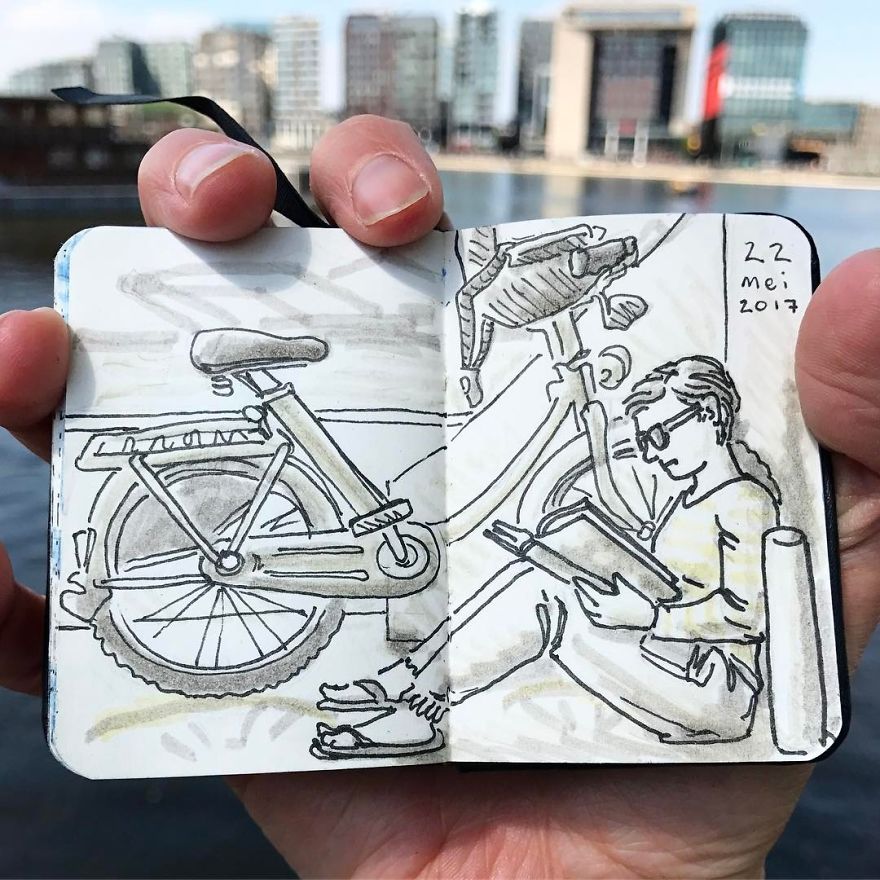 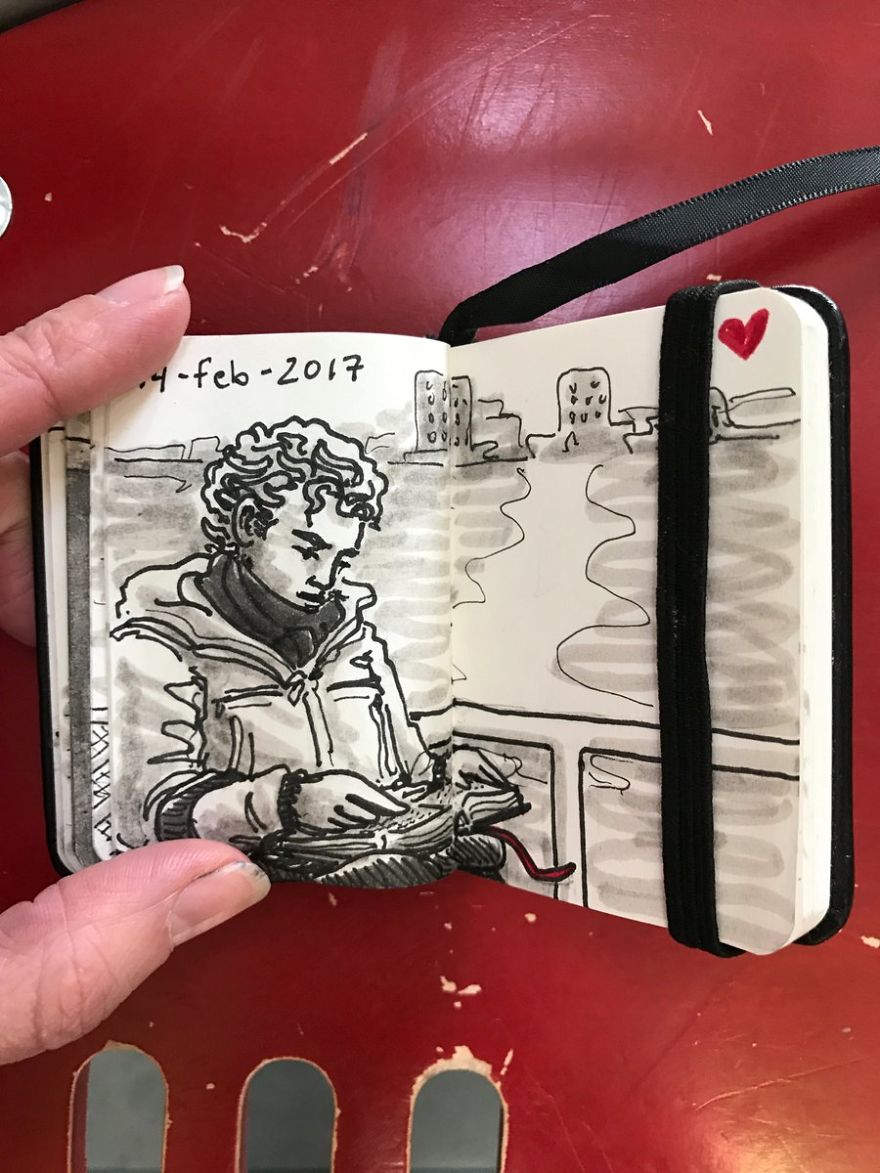 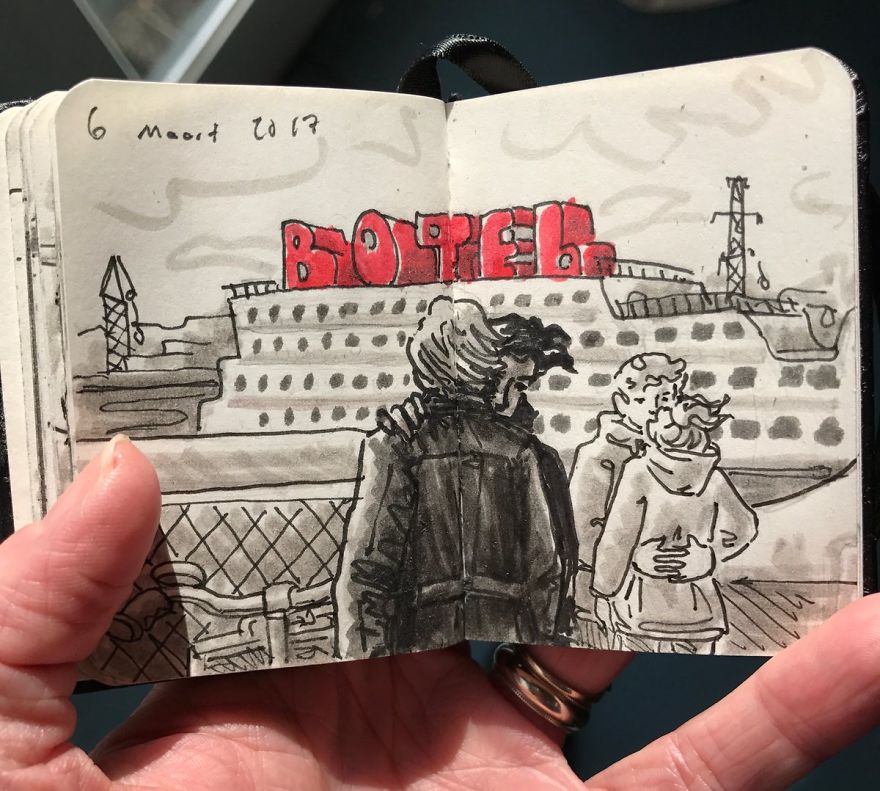 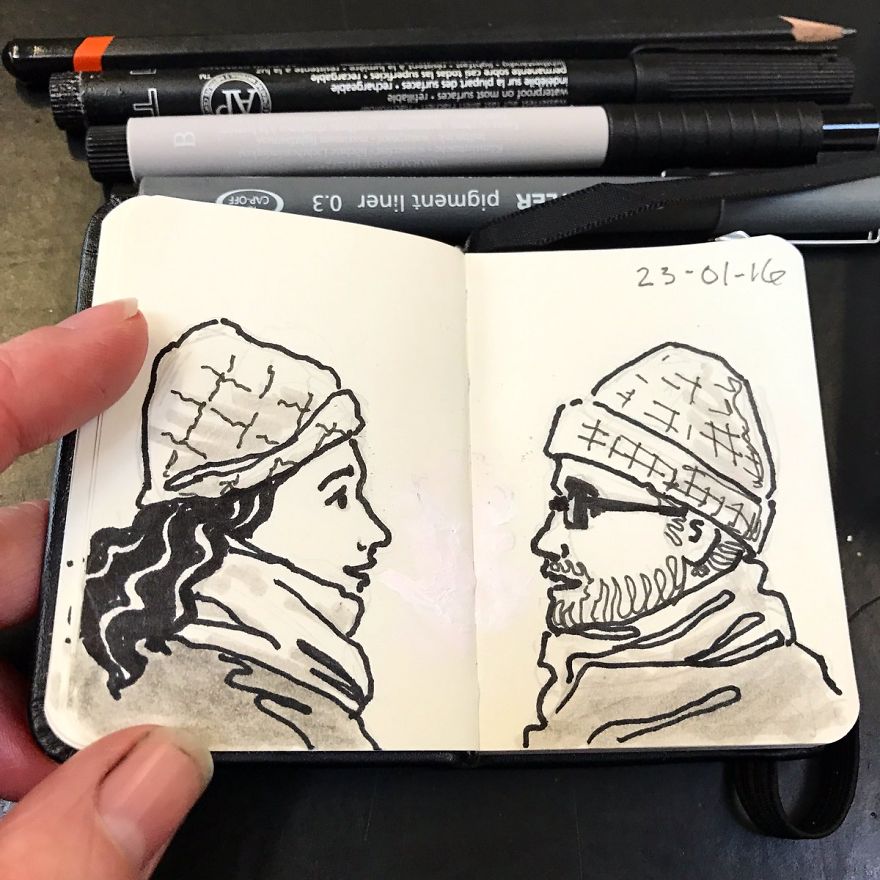 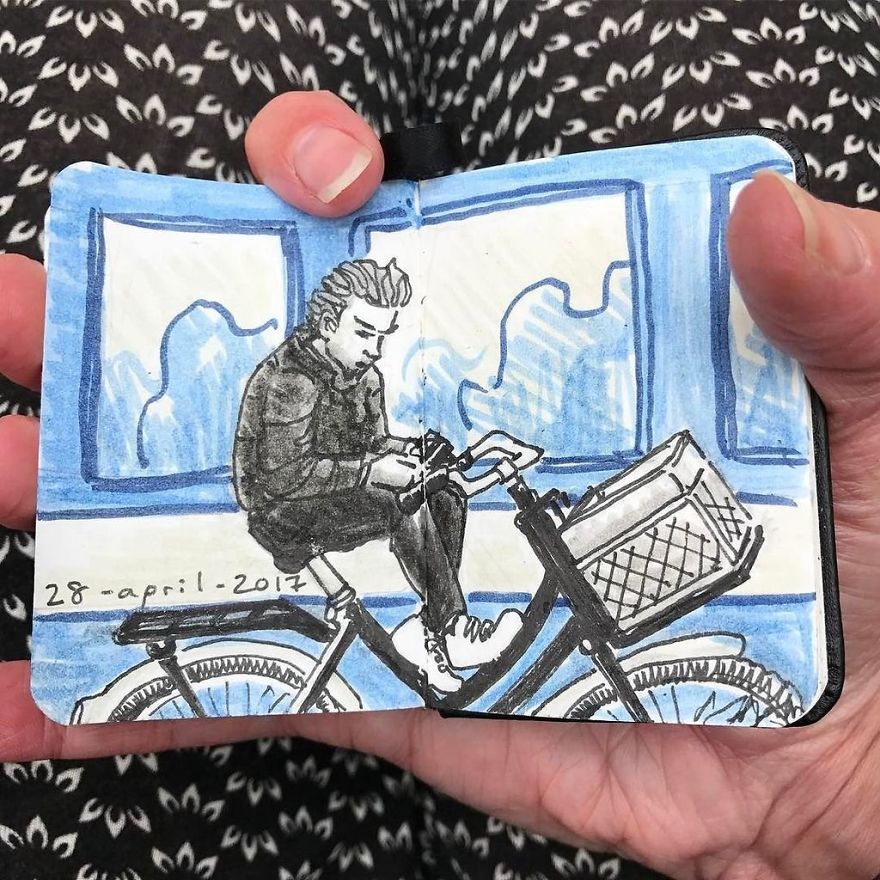 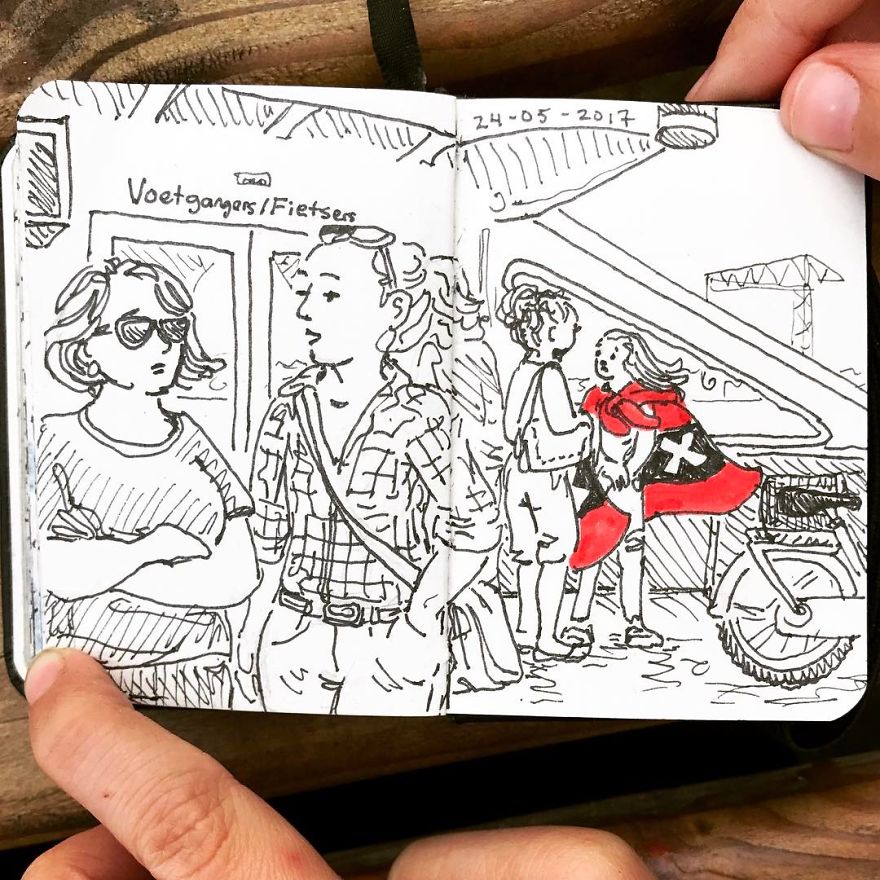 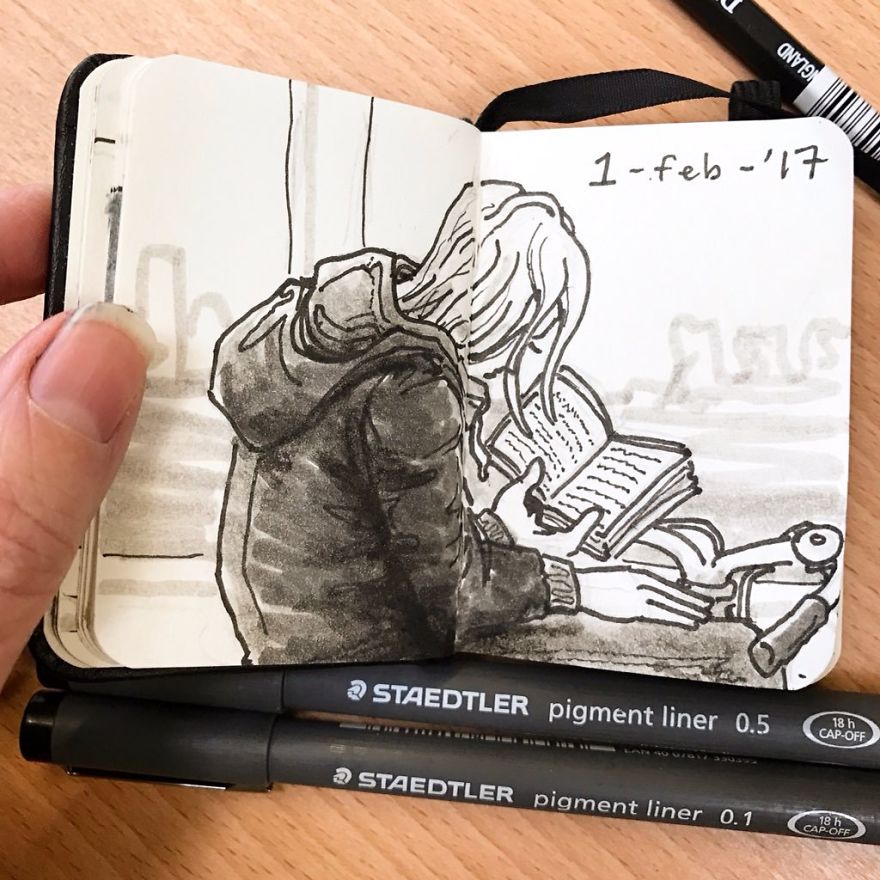 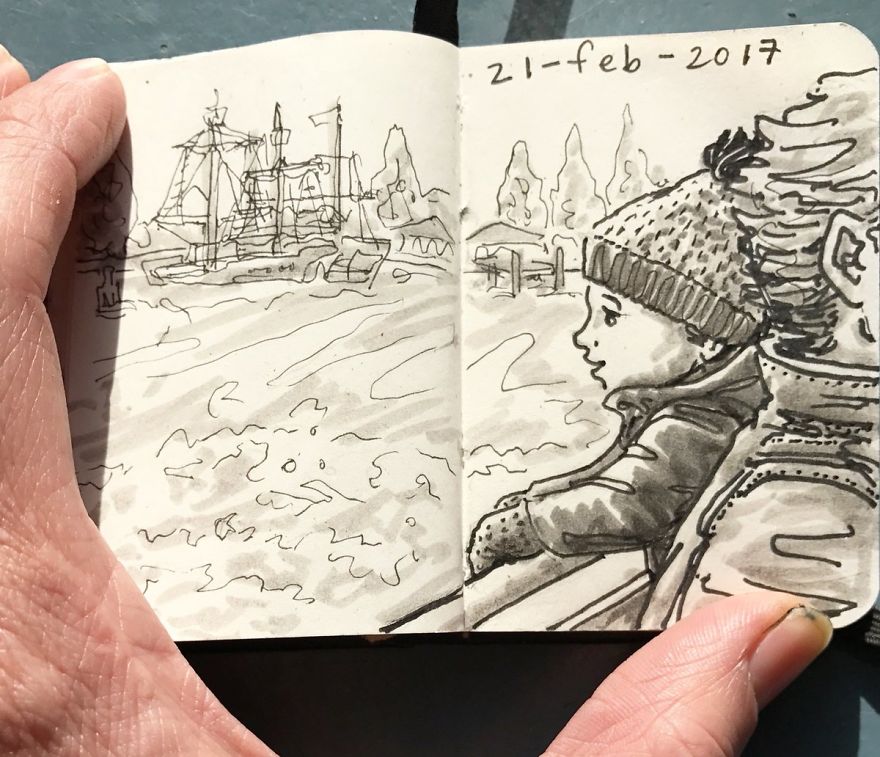 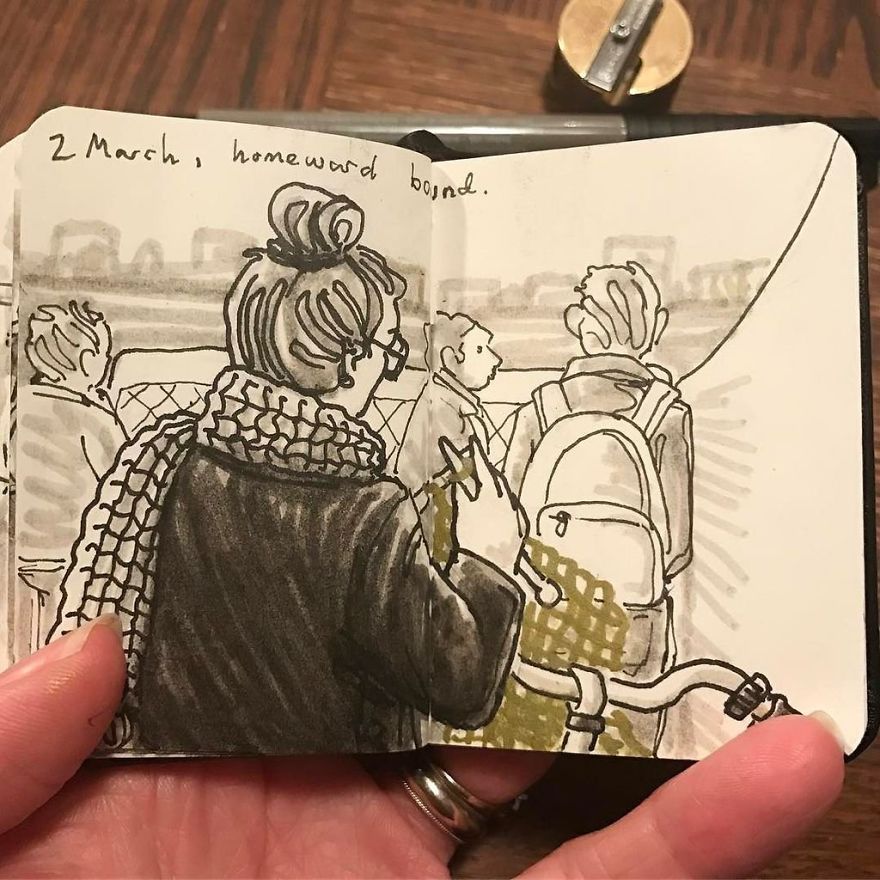 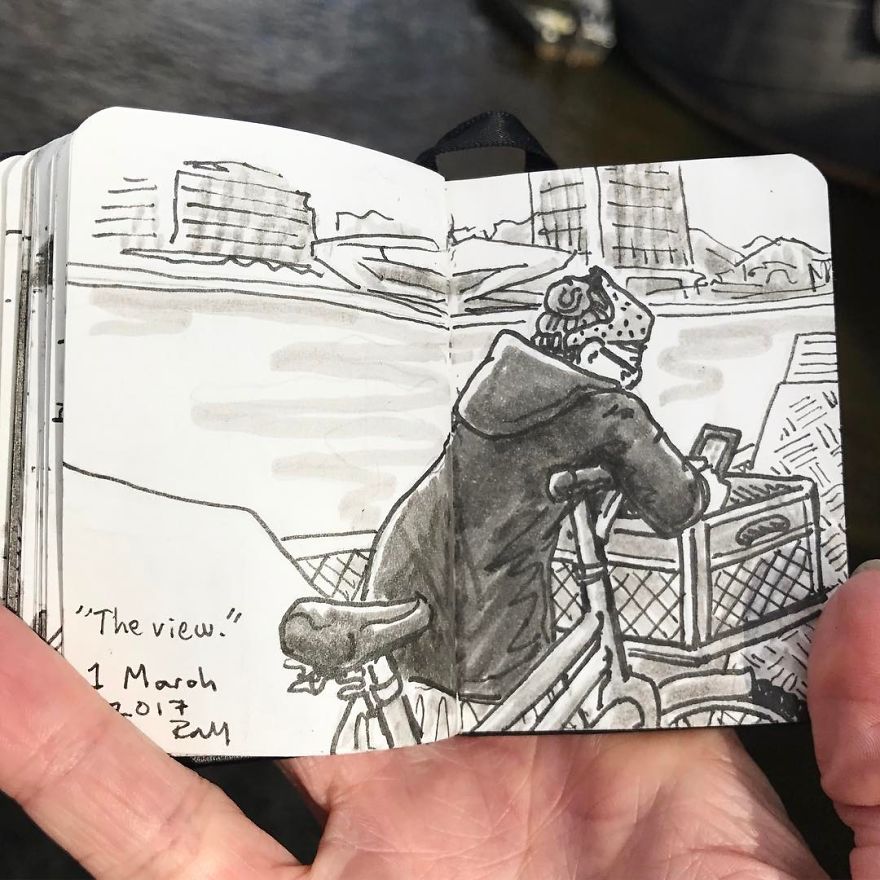 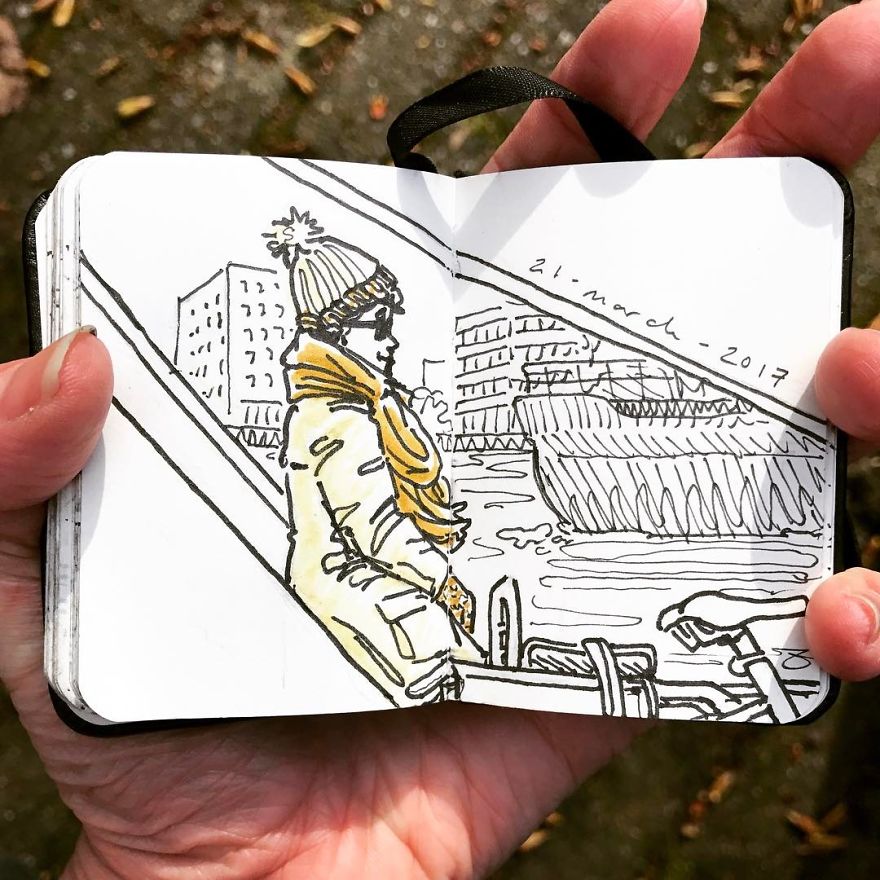 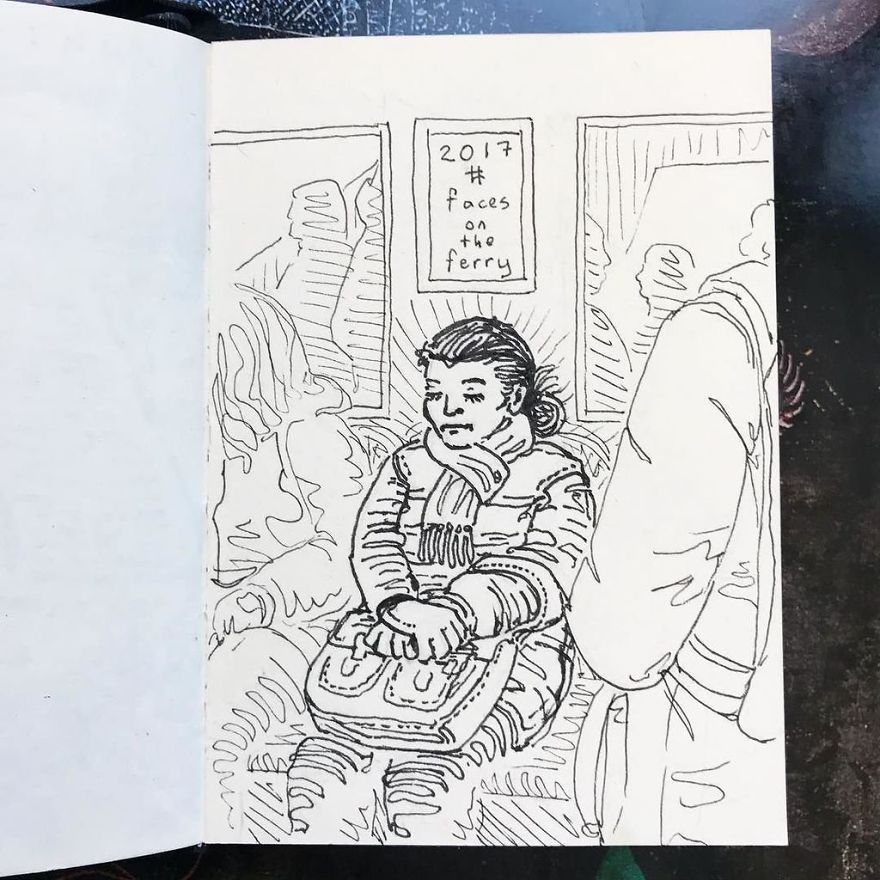 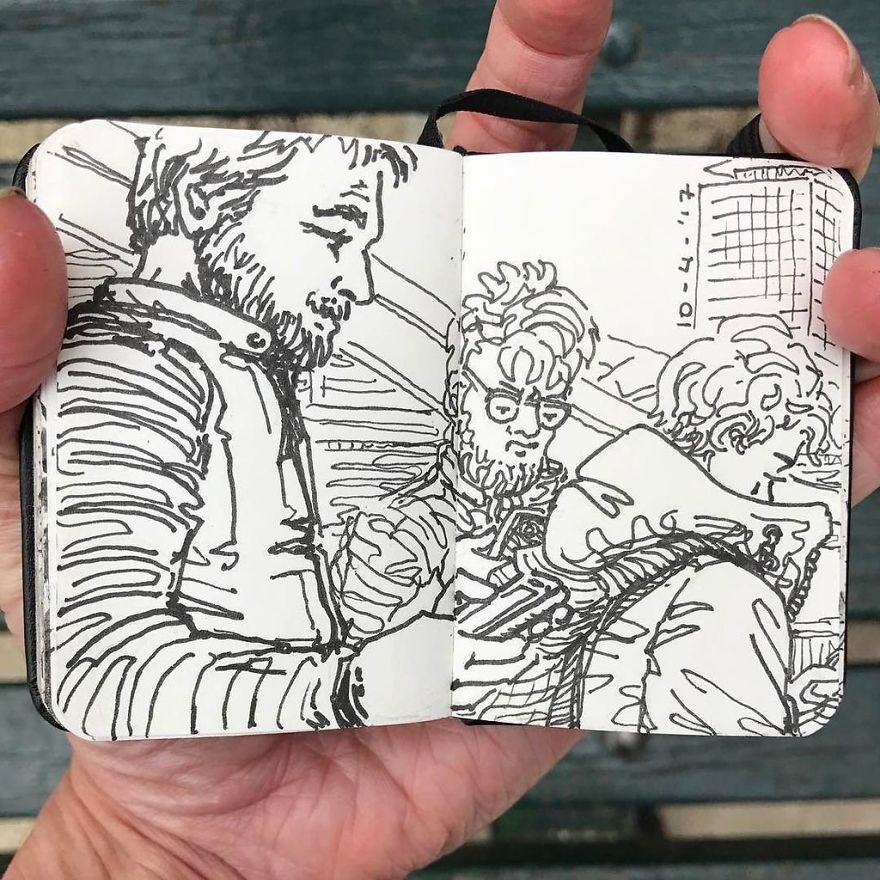 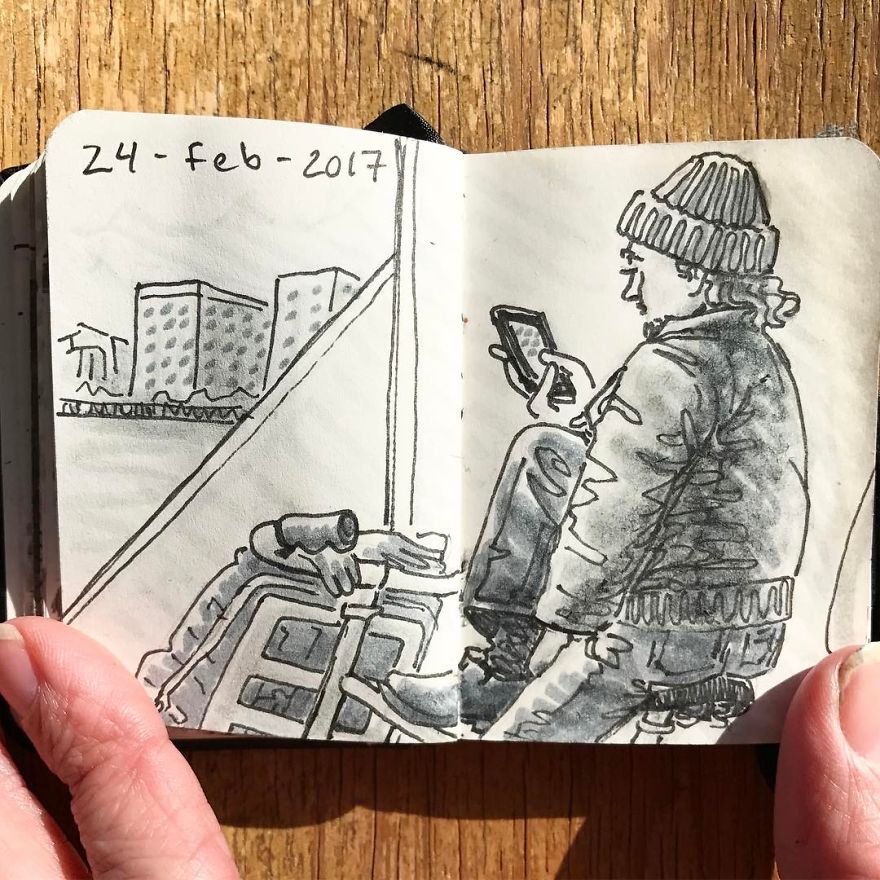