The Rocky Mountain locust
Billions of Rocky Mountain Locusts, known as Melanoplus spretus, used to flock to the Great Plains in large numbers until the late 1800s. After this, the swarms stopped appearing and the locusts have not been seen since 1902. 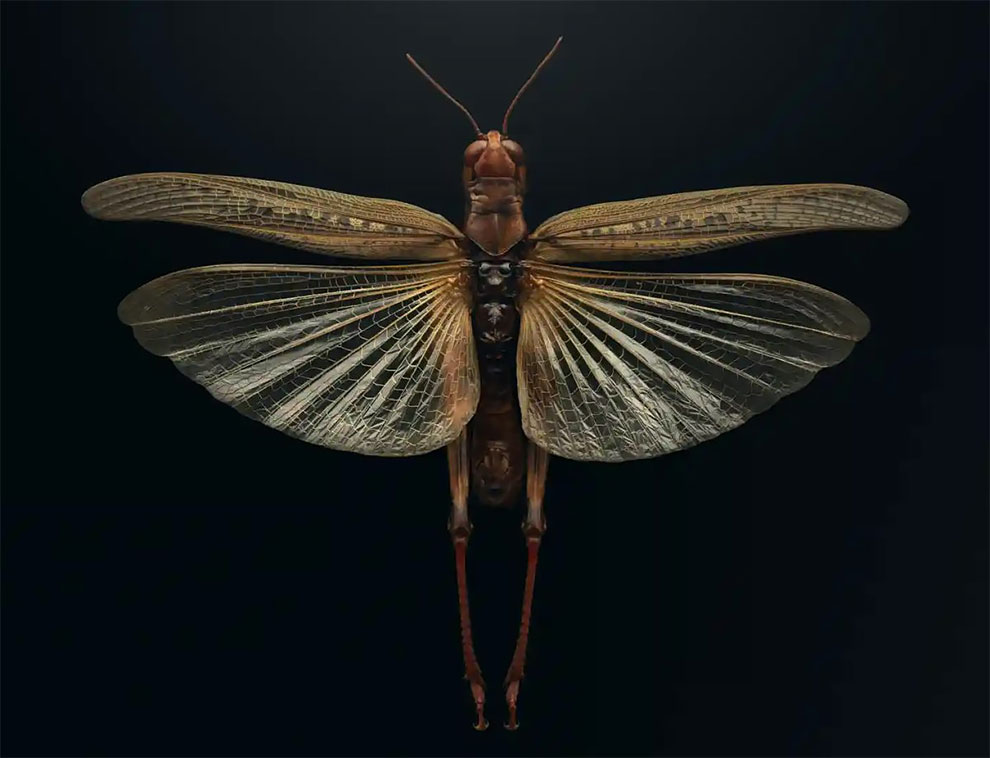 In an effort to raise awareness of the beauty of insects, British photographer Levon Biss has created an exhibition, Extinct & Endangered: Insects in Peril, showcasing stunning photographs taken with microscope lenses. His work is a reminder of how we often don’t appreciate the beauty of such creatures until it’s too late – a stark reality that’s seen in the fate of the once prolific Rocky Mountain Locust (Melanoplus spretus), last seen in 1902. Biss’ photographs, made from up to 10,000 individual images, captures the intricate details of his subject matter, drawing attention to the importance of preserving the planet’s biodiversity.

American burying beetle
The American burying beetle, Nicrophorus americanus, is capable of consuming an entire carcass of a small mammal, bird or reptile down to the bones. This type of beetle is an attentive parent, providing food for its larvae by regurgitating food from the carcass. This behaviour helps the larger ecosystem by recycling decaying animals back into the soil. 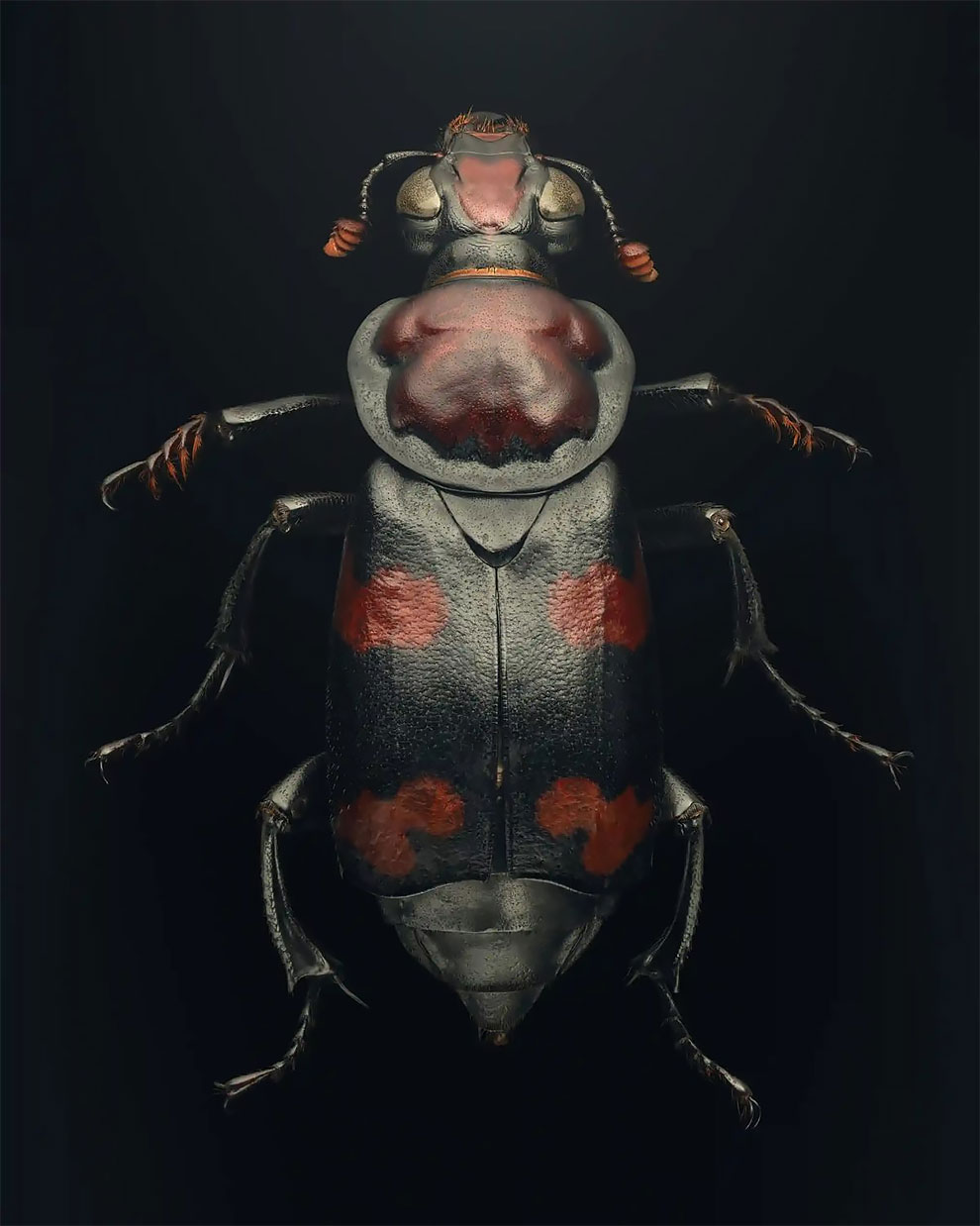 Xerces blue butterfly
The Xerces blue butterfly, native to San Francisco, California, has been extinct since the 1940s due to human activity. It was the first North American butterfly species known to go extinct, out of the more than 14,000 species of butterflies and moths found in the continent. 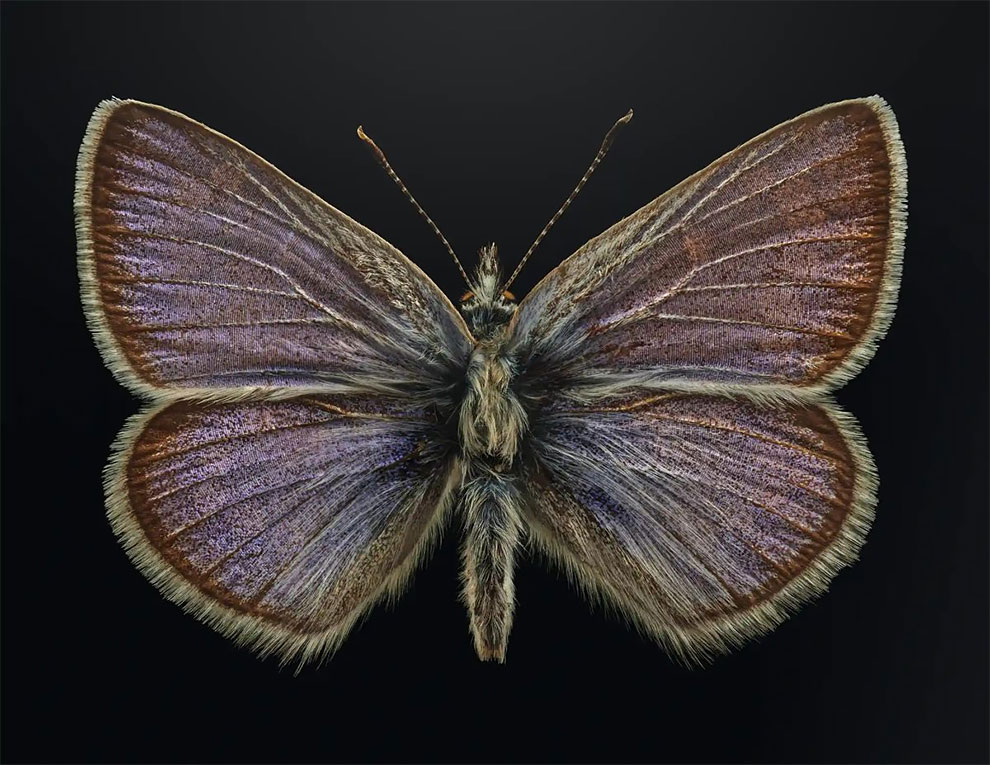 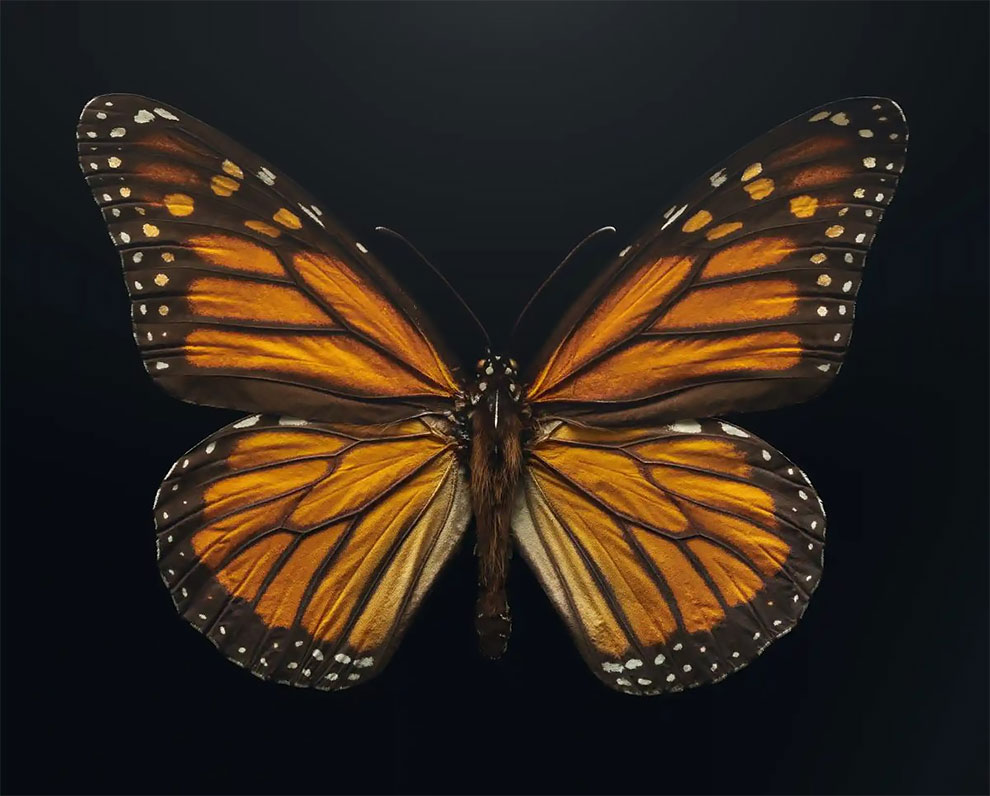 Coral pink sand dunes tiger beetle
The Cicindela Albissima beetle blends in well with its Utah habitat thanks to its cream-and-green hues. Its cream-colored forewings also help it remain cool in the desert heat by reflecting sunlight instead of absorbing it. 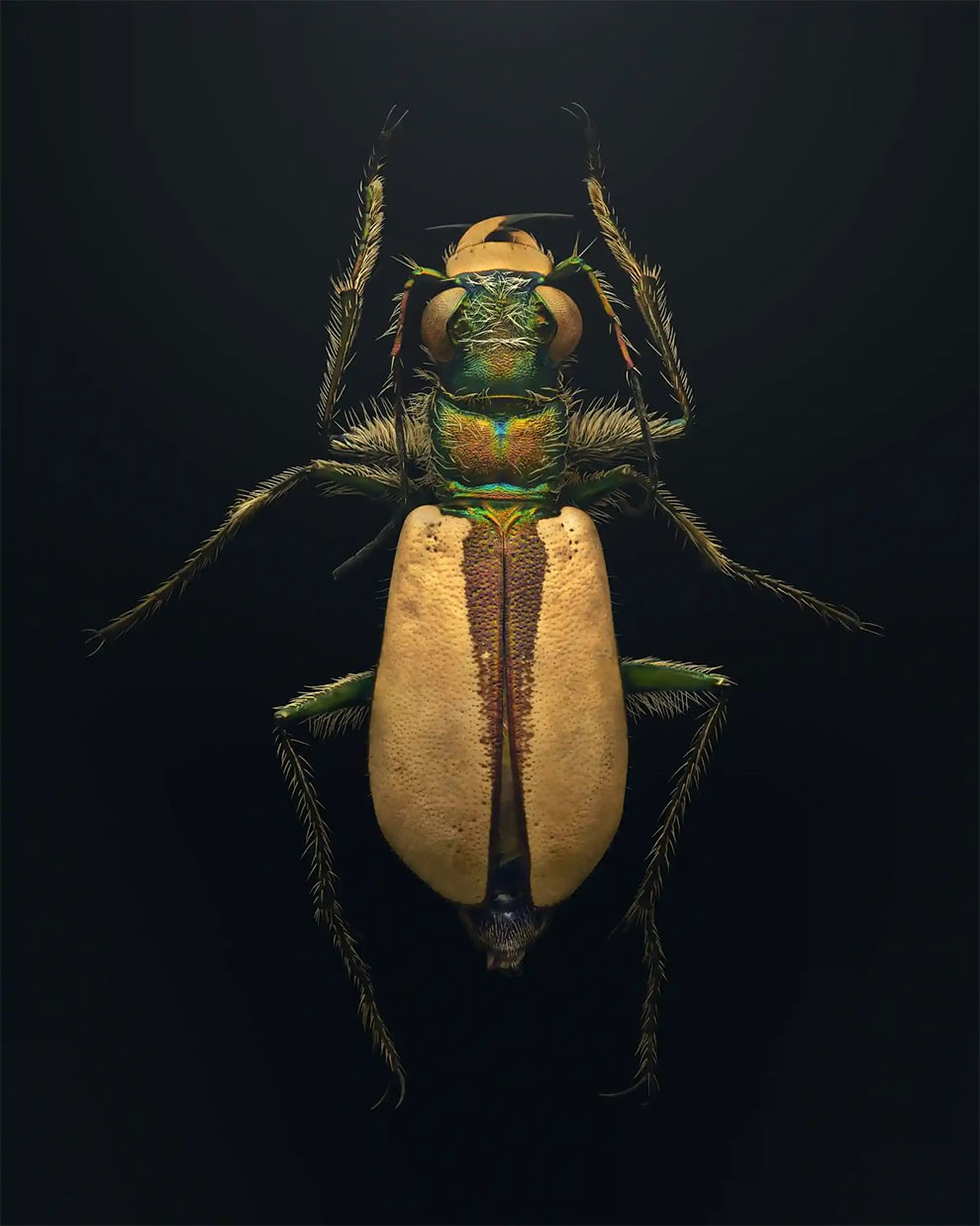 Christmas beetle
Anoplognathus viridiaeneus, also known as king beetles, are scarab beetles that possess a glossy, iridescent shell. Once commonly seen and heard swarming city streetlights and buzzing through the night during the holiday season in Australia, these insects are now much less frequently observed in urban areas. Though their summer months begin in December, these beetles are considered to be relatively widespread in rural regions. 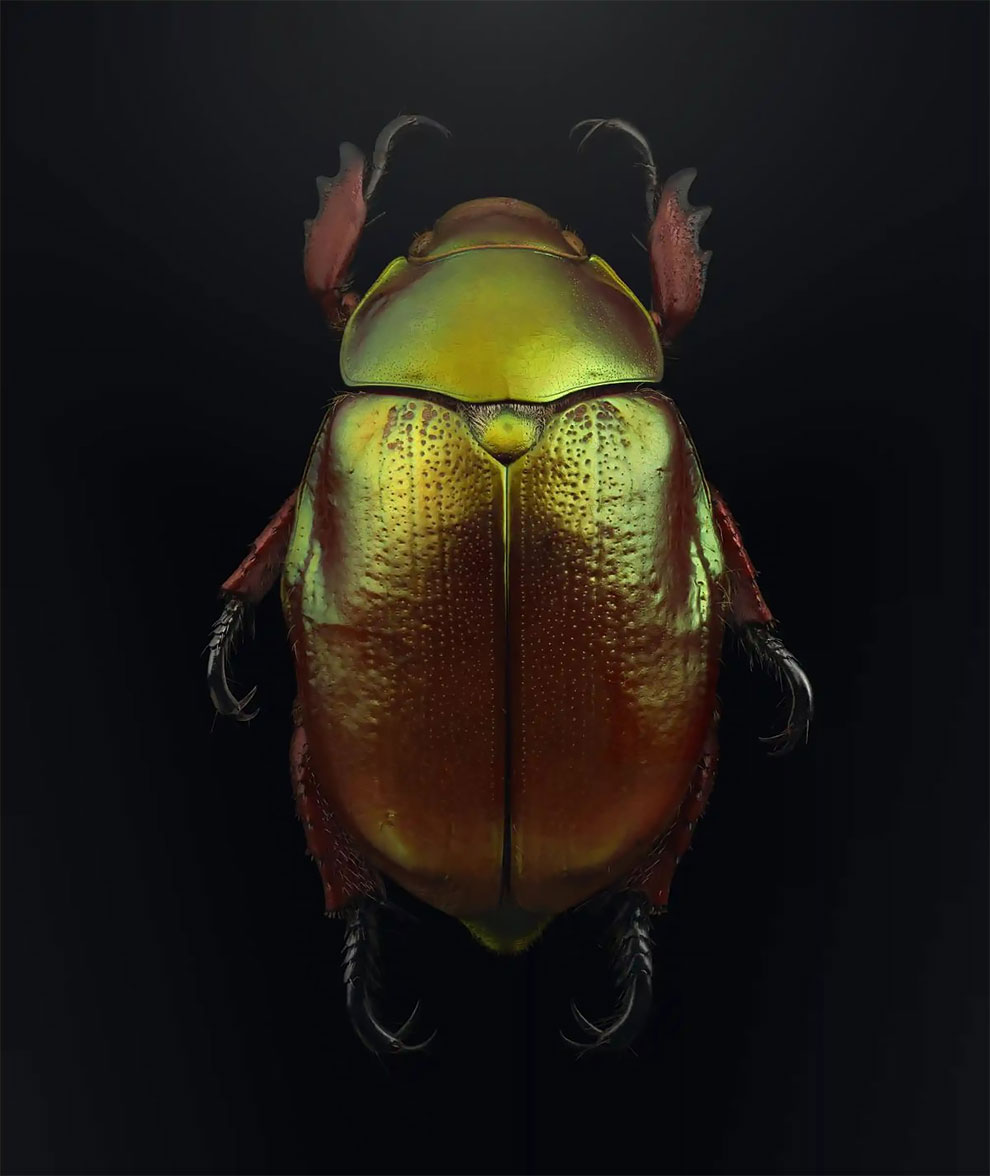 Louisiana eyed silkmoth
In the dark of night, the Louisianan Automeris eyed silkmoth rises from the marshes and takes to the skies. It has flashing eyespots on its hindwings to ward off predators and its lifespan only lasts a few days. This species can be seen throughout the Mississippi Delta and eastern Gulf Coast of Texas. 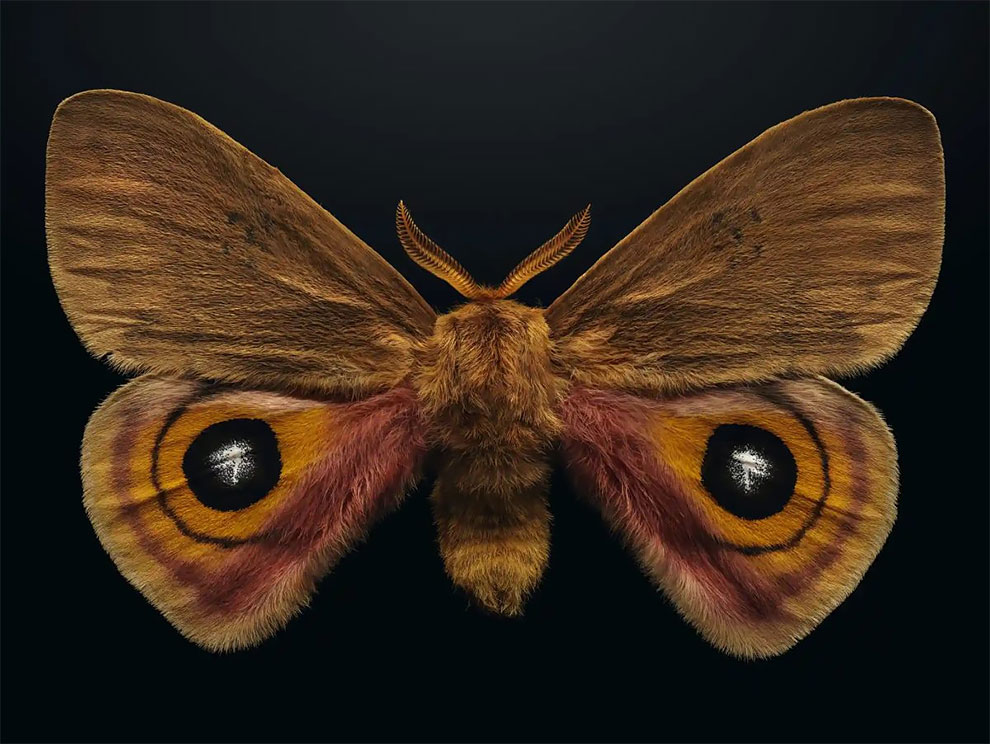 Giant Patagonian bumblebee
Bombus Dahlbomii is a species of bumblebee that is native to southern South America. It is one of the largest bumblebees in the world, and is sometimes referred to as the ‘flying mouse’. 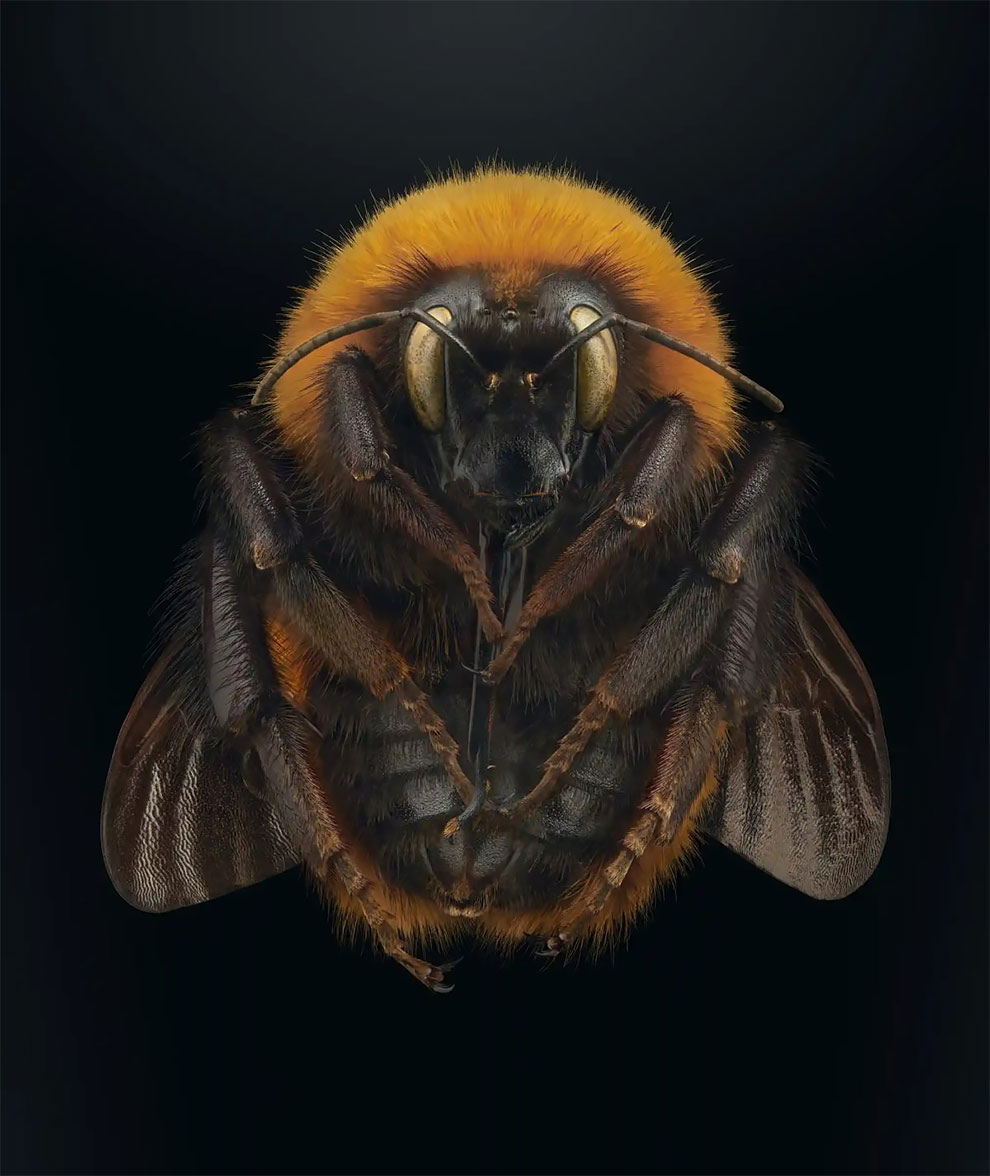