Photo of the Day: Amar Bharti, the Man that Raised His Arm 30 Years Ago and Never Lowered It 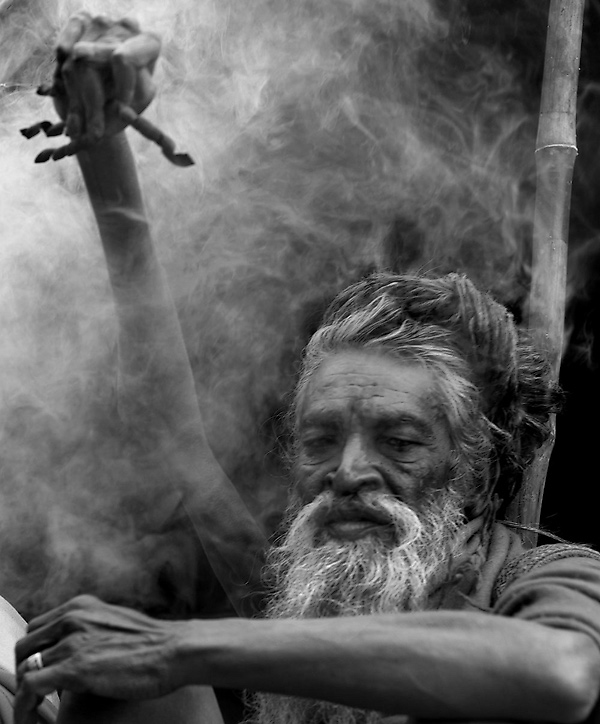 Until the early seventies, Amar Bharti was a senior shipping clerk in New Delhi. He had the comfortable trappings of the relatively well off Indian middle class. Married, with three children already grown, Amar Bharti made a decision. He handed in his notice at the office. He tied up all the loose ends of his life. He paid off the higher purchase agreements on his furniture and gave his car to his eldest son. Then he left his house. He left his wife and his children for ever. He walked away from everything he had spent his life building with nothing to his name but a bowl, two pieces of orange cloth and a metal trident.

Amar Bharti had decided to devote the rest of his life to Shiva. In time his beard grew long and his hair became matted into thick dreadlocks. Despite the harshness of his existence Amar Bharti felt that his spiritual quest was still weighed down by earthly comforts and pleasure. Three years after leaving his whole life behind, Amar Bharti made a second decision. He decided to raise his arm vertically in the air as if he was a small child begging to answer a call of nature. Once his arm was raised it was never to come down again. That was in 1973.