Photo of the Day: Entire Crew of Sinking Ship Rescued from Peril at Sea 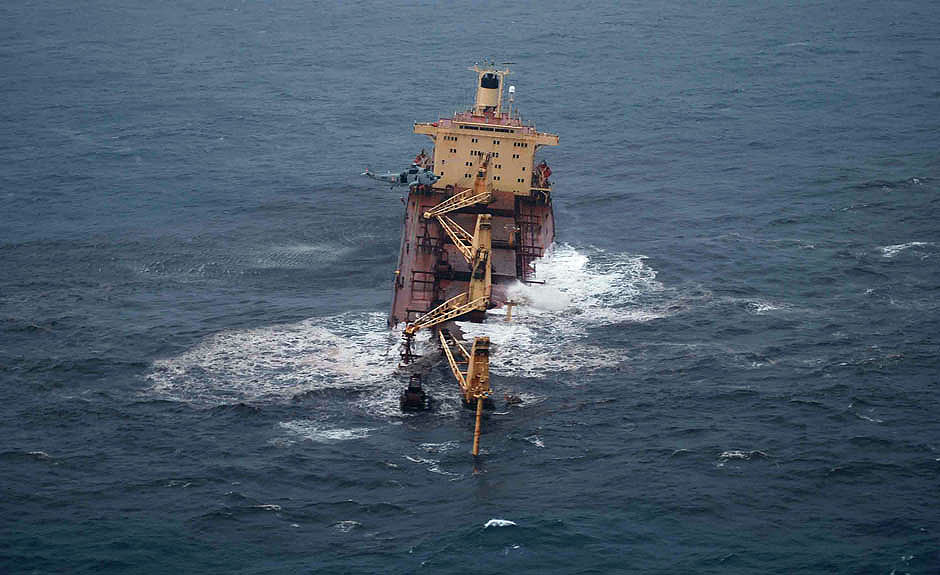 In this photo provided by the Indian Ministry of Defense shows a Seaking helicopter from the Indian Navy hovering over of the sinking ship MV Rak Carrier off the coast of Mumbai on August 4, 2011. The Panama-flagged MV Rak Carrier, a 220-meter (722-feet) long vessel transporting 60,000 tonnes of coal from Indonesia to India, sank off the coast of Mumbai after its 30-strong crew were rescued when it began taking on water in stormy seas. The MV Rak Carrier went down about 22 nautical miles from India’s financial and entertainment capital, just hours after it made an emergency distress call. (MINISTRY OF DEFENCE/AFP/Getty Images) Click image to zoom.